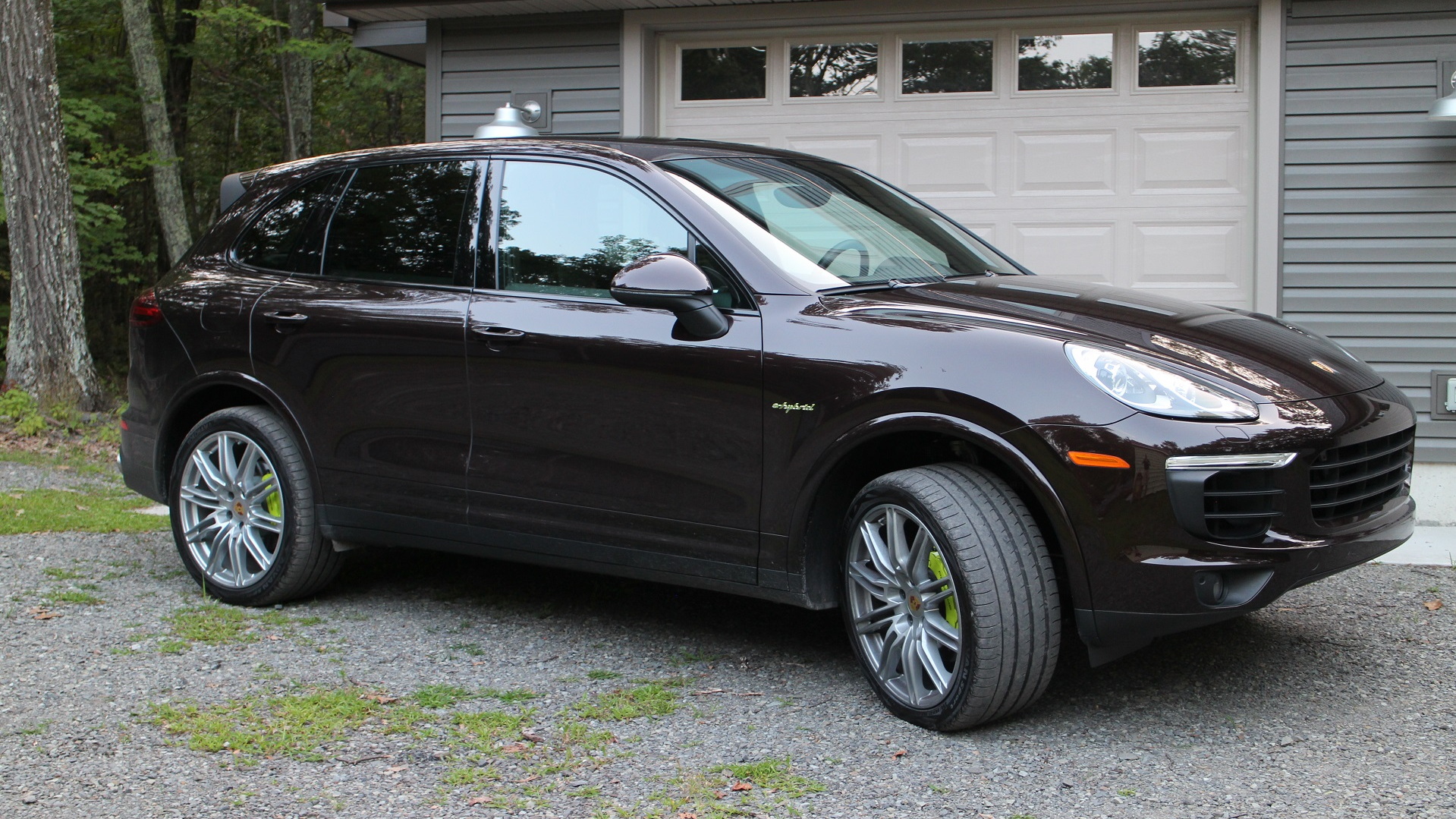 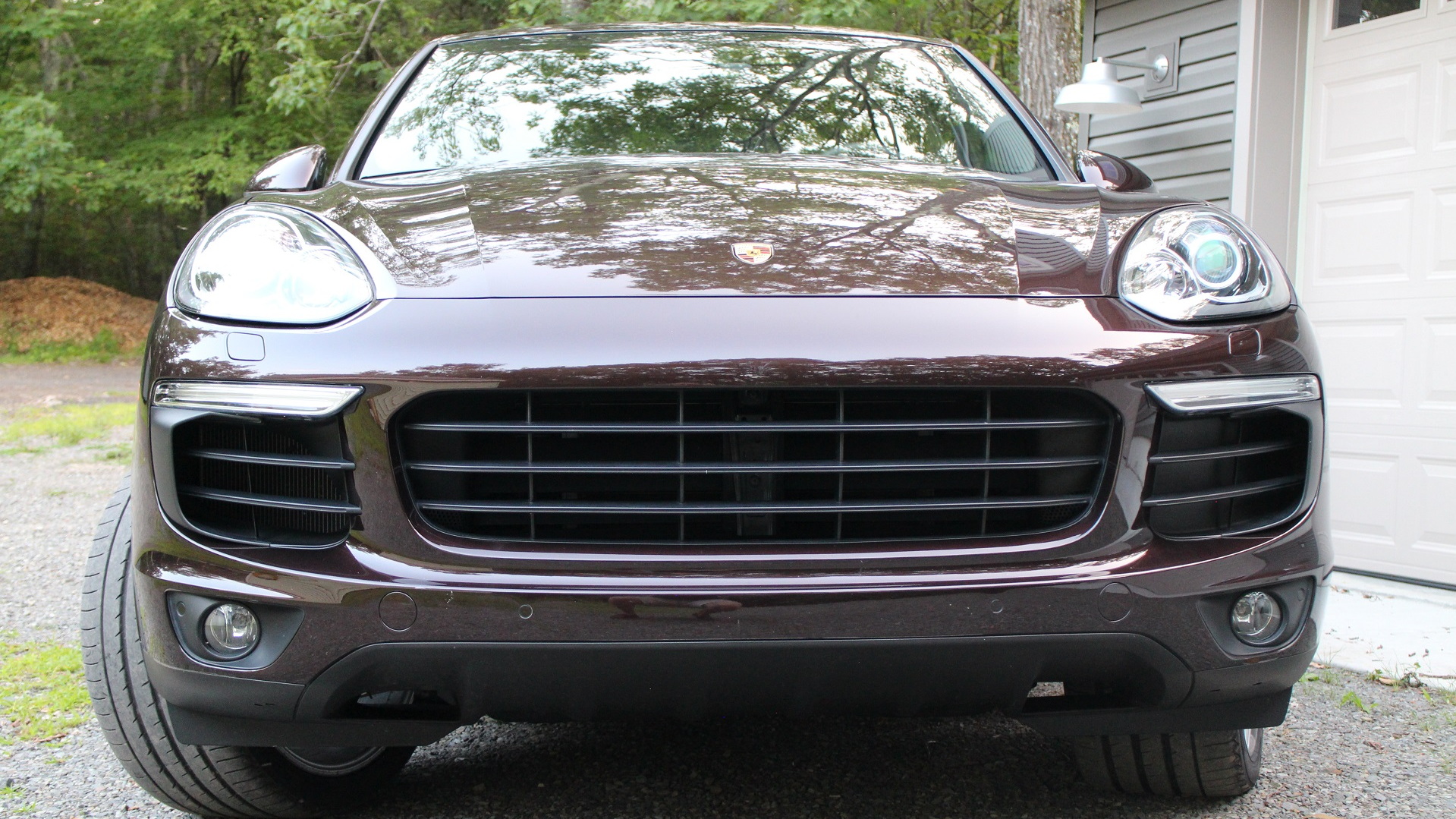 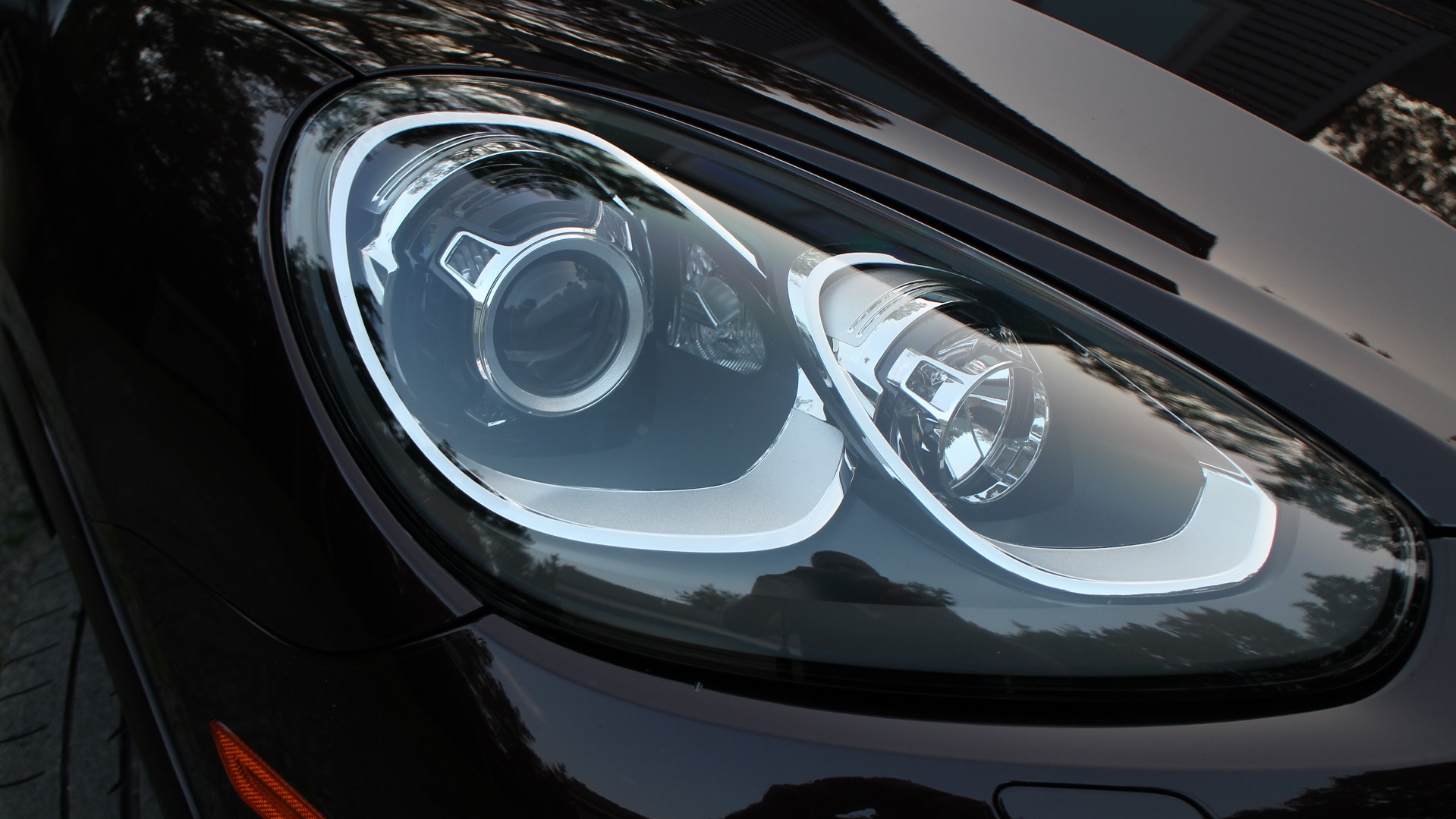 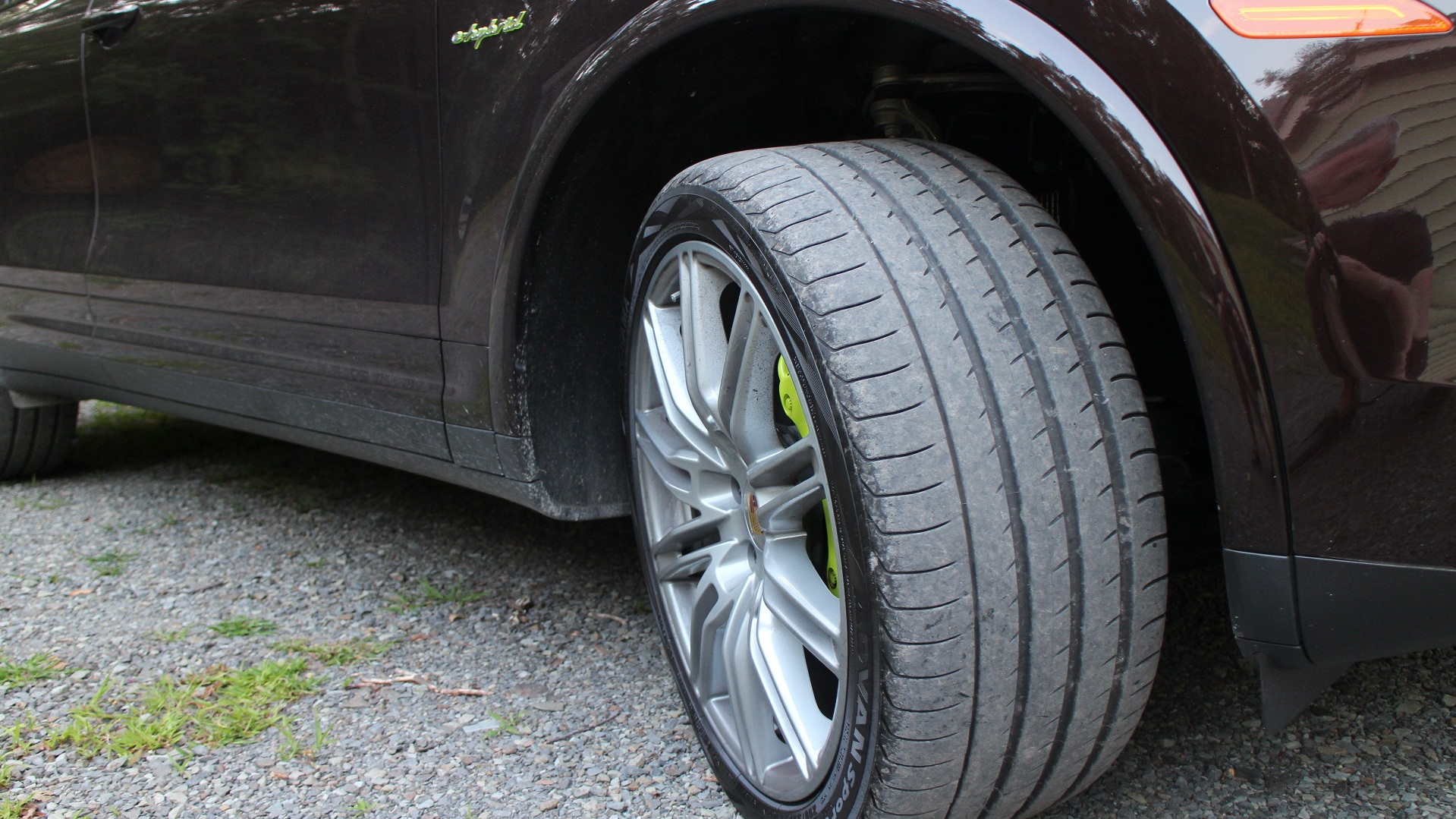 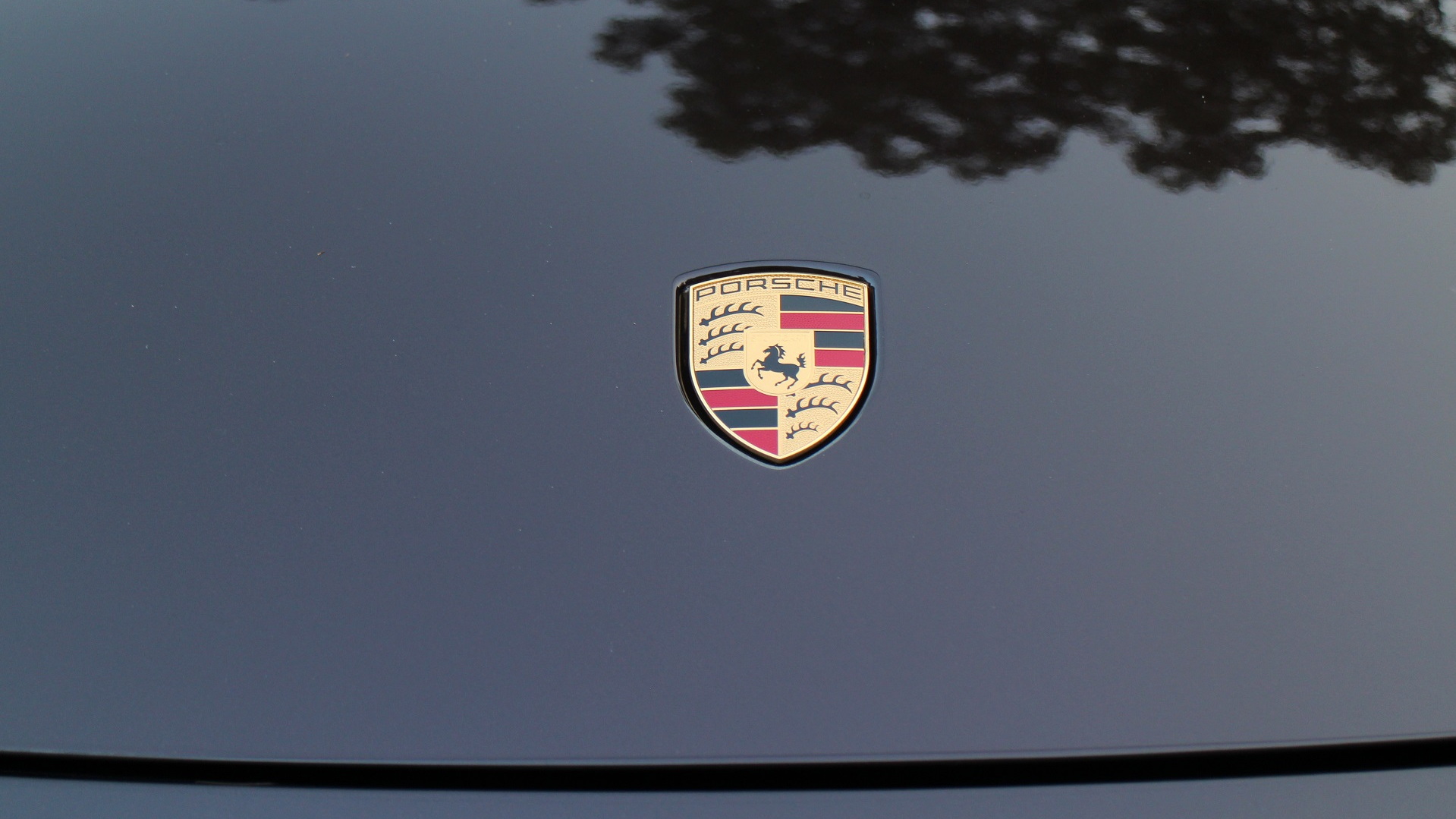 The Porsche Cayenne is the second best-selling vehicle in the German sports-car maker's North American lineup, as SUV sales swamp those of passenger cars at luxury brands.

A considerable number of the pricey SUV models sold here have been the Cayenne S E-Hybrid plug-in hybrid variant: 1,316 out of 8,802 through August, for example.

We put 300 miles on the plug-in hybrid Cayenne recently, and simply liked it better than competitors in the segment from BMW and Mercedes-Benz.

We should note that the current Cayenne is about to be replaced with a redesigned 2019 model, which debuted just before this month's Frankfurt Motor Show.

But we liked the outgoing model for a couple of basic reasons.

First, the Cayenne is simply one of the best-driving SUVs on the market—as we'd discovered six years ago when we reviewed its now-discontinued conventional hybrid version.

Second, Porsche seems to "get" the benefits of electric drive in a way that some other makers don't. In particular, Porsche makes it easy to keep the Cayenne S E-Hybrid in all-electric mode while there's battery capacity left.

Specifically, there's a strong detent in the accelerator travel that prevents a driver from accidentally pressing just hard enough to switch on the gasoline engine for that little extra increment of power.

The engine is always available, of course, and flooring the pedal will bring it to life—but unlike the BMW and Mercedes plug-in hybrid SUVs, it's relatively difficult to do it accidentally.

Roughly one third of the car's total of 416 horsepower is available in electric-only mode, which is more than fine for mixed city and suburban use.

And it's possible to accelerate entirely to highway speeds on electric power as well, though above 40 mph the acceleration starts to get a bit less Porsche-like.

Still, we never once had the Cayenne's engine switch on without intending it to do so, and in our view, that gave the car the right balance between electric and hybrid operation.

Our 300 miles of driving comprised our usual test route, about two-thirds highway miles and one-third lower-speed city and suburban running around.

Of those, 56.0 miles were all-electric, essentially four recharges of the 10.8-kilowatt-hour battery pack, which is rated at 14 miles of electric range by the EPA.

After the battery charge is depleted, the E-Hybrid becomes a conventional hybrid, with its 333-hp 3.0-liter turbocharged V-6 engine assisted by the 70-kilowatt (95-hp) electric motor sandwiched between the V-6 and the 8-speed automatic transmission.

In that mode, the EPA rates it at 22 mpg combined.

We'd estimate that's about right, seeing blended electric and gasoline mileage ratings on the trip computer of 24.3 mpg to 30.1 mpg.

Some basic driving notes from our four days with the plug-in hybrid Cayenne:

Other random thoughts about living with an $86,000 luxury plug-in hybrid SUV:

On the other side of the ledger, we love contrasting seat-belt colors, but the test car's very nice agate gray seat belts ran a stiff $650.

Finally, Porsche has the nerve, on a car costing $80,000-plus, to charge an extra $840 for the faster 7.2-kilowatt onboard charger. Given that you can get 6.6- or 7.2-kw chargers as standard on cars costing less than half as much, that seems a little ... extortionate.

All told, the sticker price on our 2017 plug-in hybrid Cayenne was $86,995. It qualifies for a $5,336 federal income-tax credit. It does not qualify for a Clean Vehicle Rebate in the state of California.

EDITOR'S NOTE: An earlier version of this article said that the Cayenne S E-Hybrid qualified for a $1,500 Clean Vehicle Rebate in California; that was incorrect, as reader John Briggs pointed out. We have updated the article accordingly.