Depending on where you live one of the biggest challenges with electric cars can be airport runs.

They tend to be an hour away, or sometimes more; involve lots of range-sucking highway driving (often in the wee, dark hours of the morning or pitch-dark night), many don't offer chargers, and the car may sit for a day or several while you're away. Then when you get back, range anxiety is the last thing you want when you're trying to get home.

So when we had a chance to drive a new, 2018 Nissan Leaf on a week that involved flying out for the weekend, it seemed a perfect opportunity to put the Leaf to the test. 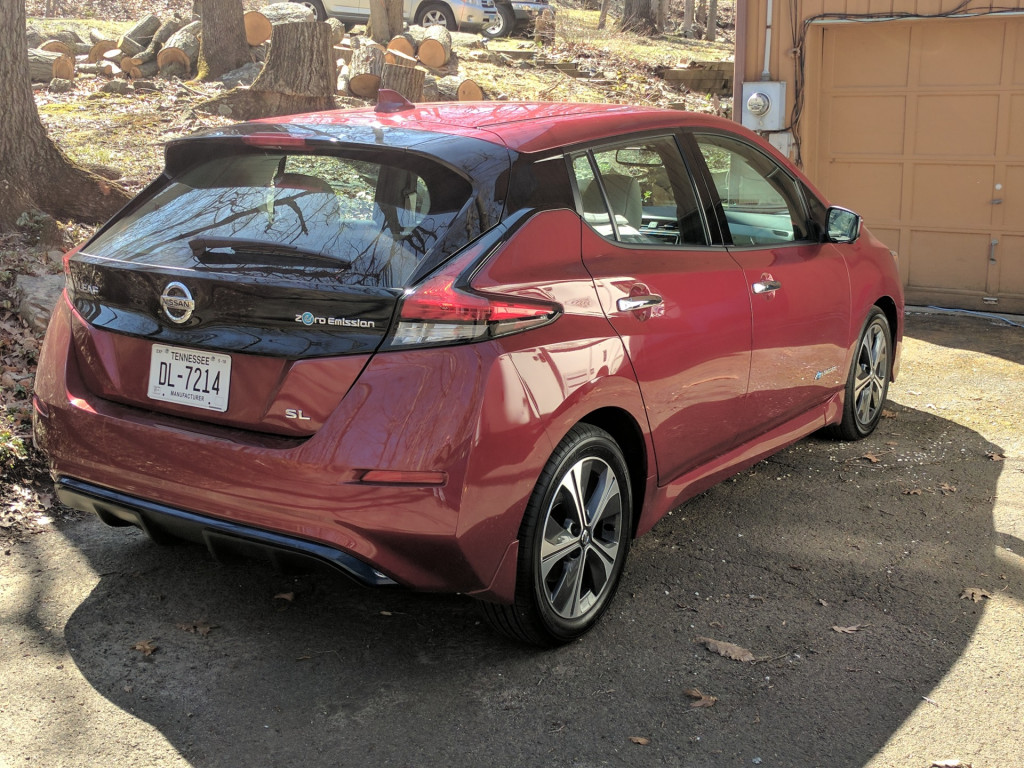 Our test car was a "scarlet ember" (red) 2018 Leaf SL, with the Technology Package, which includes Nissan's new Pro-Pilot Assist feature, which promises nearly full self-driving on the highway. Its full sticker came in at $38,510.

We needed to make a trip out of town for two days, flying out of tiny Westchester Airport outside New York City. It's only 37 miles from home by major highways, which seemed like it should pose no challenge for the Leaf's rated 151-mile range driving back and forth, with plenty of extra to account for the few miles it might lose sitting over the weekend.

It was also clear, though, that to catch a 6 am flight, driving on the highway in the dark after a night that had dipped below freezing, I would use more than the 37 miles of range that we'd actually be driving.

So headed off, a little after four in the morning, about 20 minutes after we'd planned. To make up for lost time, of course, we set the cruise control on the dark highway to just shy of 80 mph, bearing in mind that with a trip home two days later, we'd have to watch the mileage to make sure we didn't burn through more than half, to leave some margin for the trip home—especially considering that the trip to the airport is mostly downhill—hills we'd need to go back up to get home. This shouldn't have been a problem.

The cruise control button on the Leaf is labeled with blue, offset concentric circles, using Nissan's Pro-Pilot Assist logo. Turning it on automatically activates the full suite of Pro-Pilot assist functions, dynamic cruise control and lane guidance. (Forward collision warning with automatic emergency braking is always on.) You can de-activate the steering assistance using another button low on the left side of the dashboard.

As you drive, you can feel the system tugging at the wheel as you try to keep the car centered in the lane, but Pro-Pilot Assist does a better job than most at keeping the car between the lines without weaving down the lane like a bowling ball between kiddie bumpers. If you keep too light a touch on the steering wheel, though, it will trigger an alert and eventually shut off the steering assist, thinking your hands aren't on the wheel—its interpretation that you aren't paying attention.

We found it overly worrisome, nagging us like an overbearing nanny, and eventually turning its back. 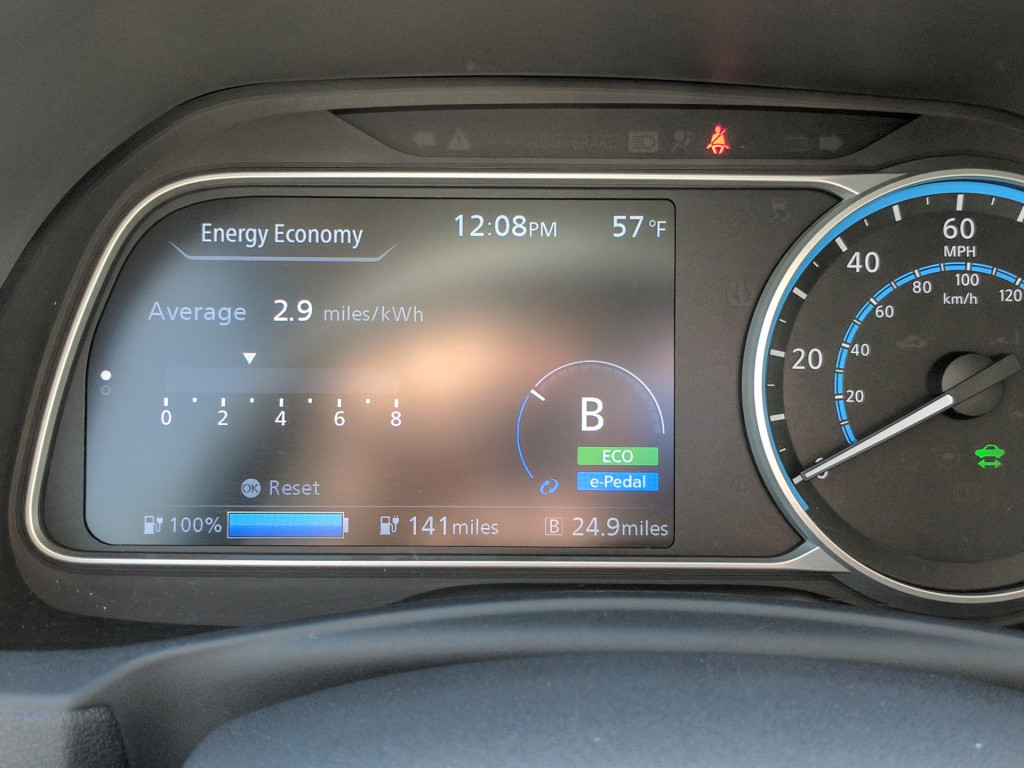 When you change lanes using the turn signals, the auto steering stands down and lets you move. Strangely, the car beeps when the system picks up the new lane lines and reengages. It would make more sense to us if it beeped to let you know it when it ceded control.

The steering itself did deliver better feedback and weight than the original Leaf's did, though, and we enjoyed diving into corners and feeling the car grip as the battery weight kept it comparatively level.

When we left home, with a full charge, the car showed 138 miles of range, so budgeting for the trip home, we kept an eye out for when the car approached about 75 miles of range, to leave a little margin—very little as it turned out.

CHECK OUT: 2018 Nissan Leaf: an early Leaf driver's impressions (he has a Tesla too)

At the exit before we needed to get off the highway for the airport, the car showed 78 miles of range. It's another six miles to the exit, so we slowed down and shut off the heat, not wanting to hit that magic halfway mark on the battery and get stranded a few miles from home on the way back.

In the airport parking lot, it showed 72 miles, and with no electric-car chargers at the airport, we worried all weekend about the uphill slope on the way back.

In the end, we needn't have worried. Alternate back roads to and from the airport are scenic and relaxing, and much less draining on the battery. The evening was warmer, too, and we didn't need the heater on the way home. We took the highway about halfway home, to reach the most scenic back roads and set the Pro-Pilot assist to just short of 70 mph for a big energy savings.

Reaching home, the car showed 53 miles left on the battery, about what we expected before we left. It returned a not-so-good 2.9 miles per kilowatt efficiency for the trip

Two morals stand out from the story, though: If you're driving an electric car, leave plenty of time so you don't have to rush and burn range unnecessarily. And don't worry so much whether electric cars can do what you need to do. It's usually pretty obvious ahead of time when they can't.