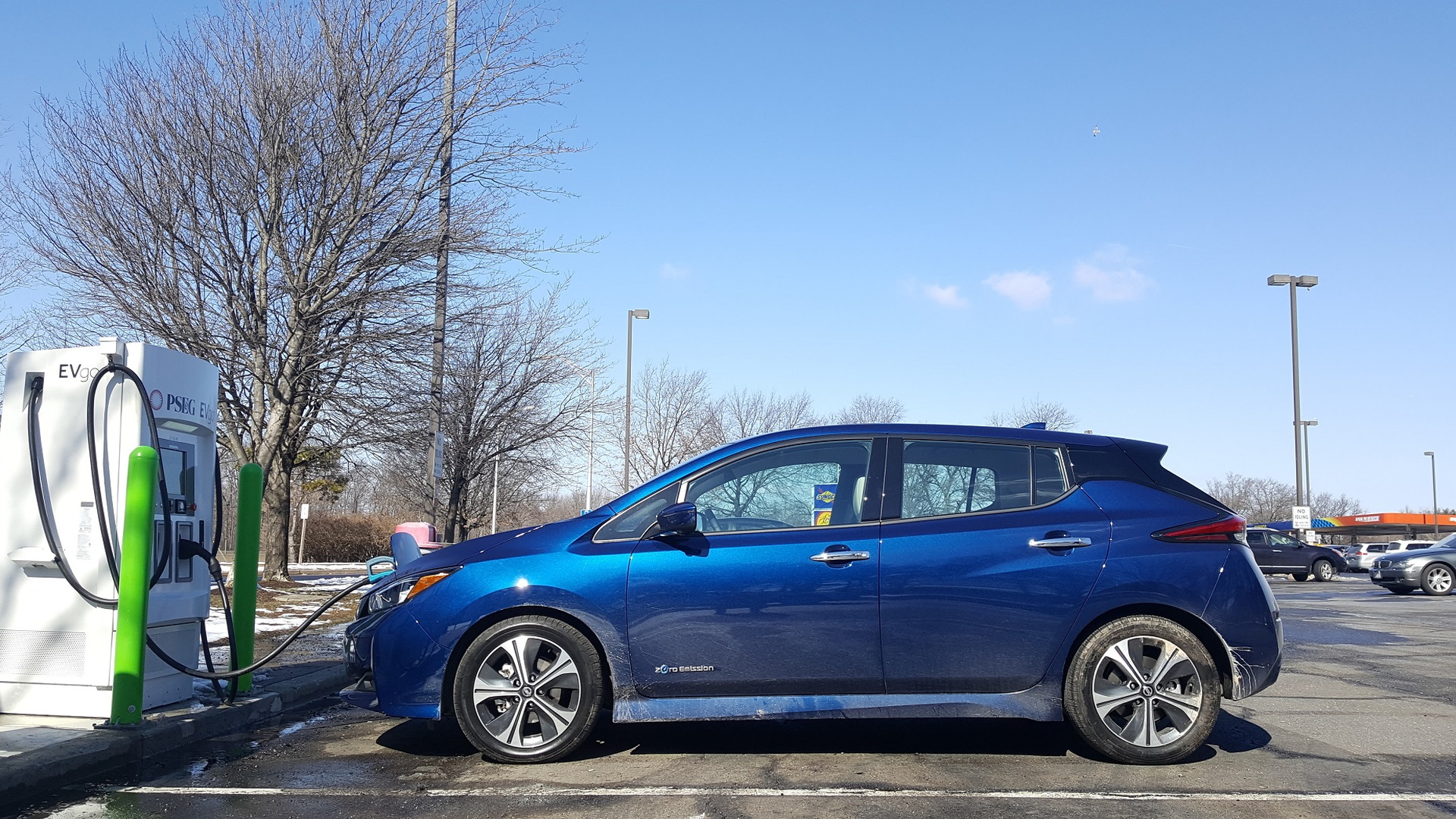 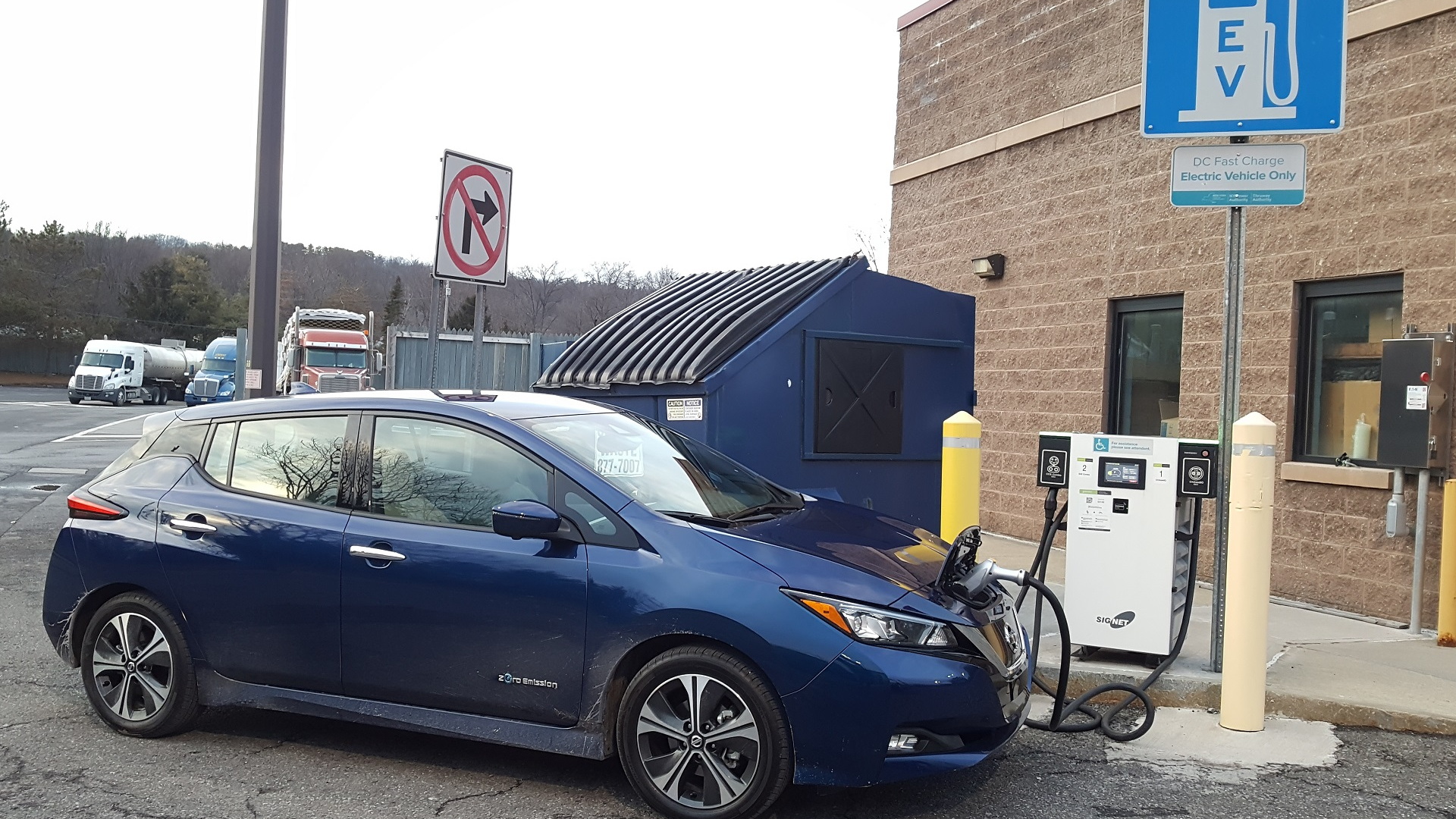 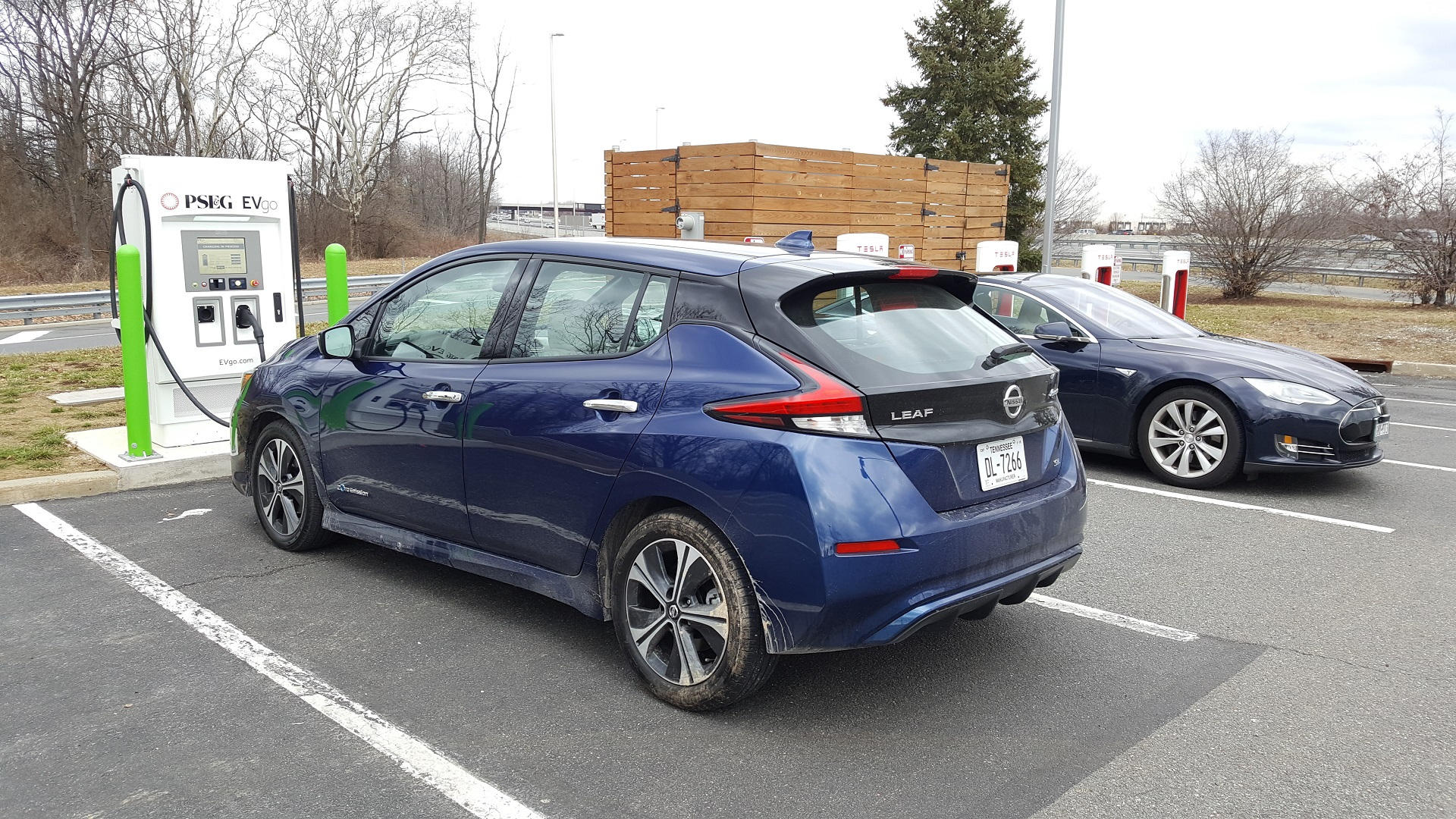 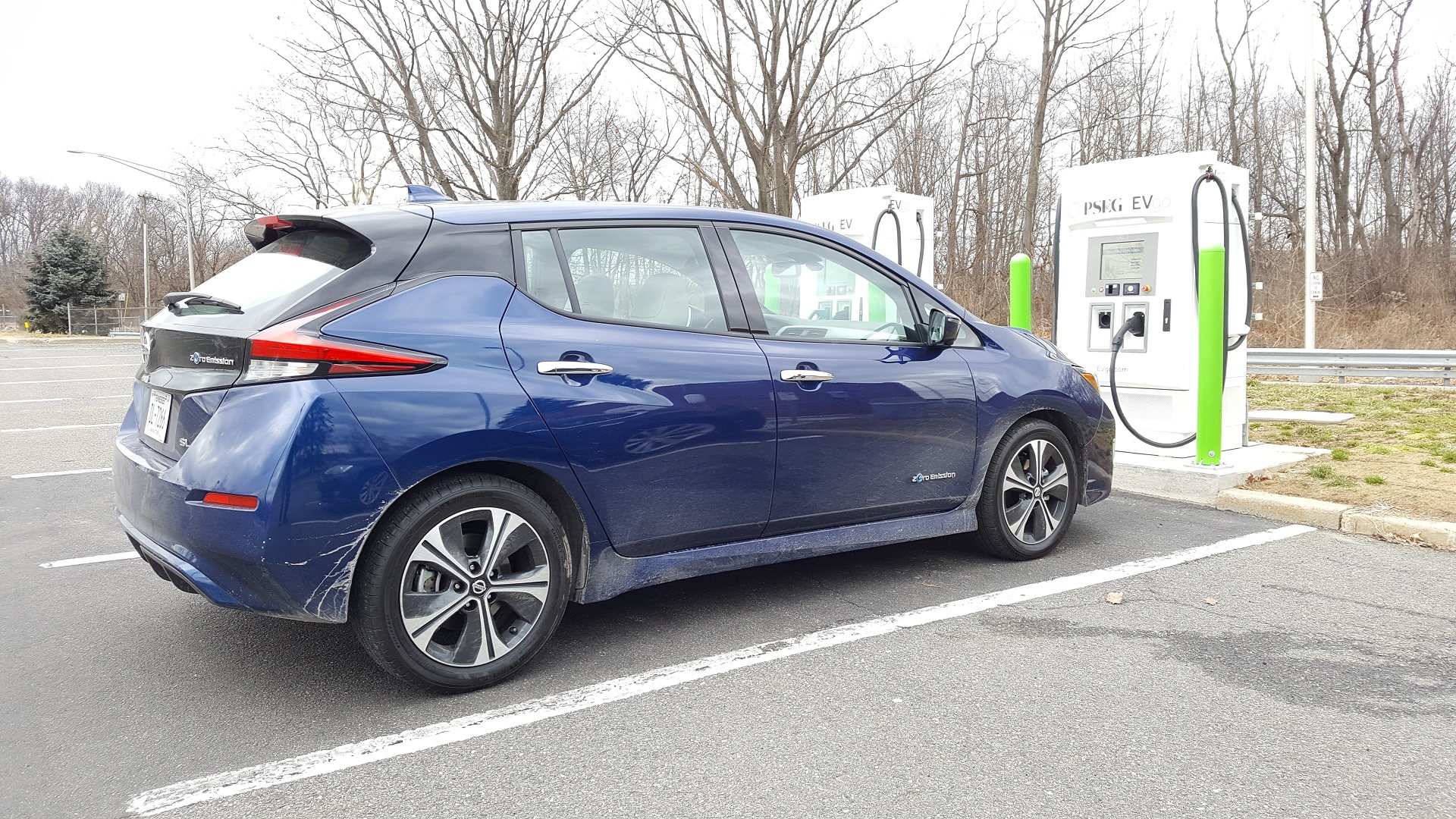 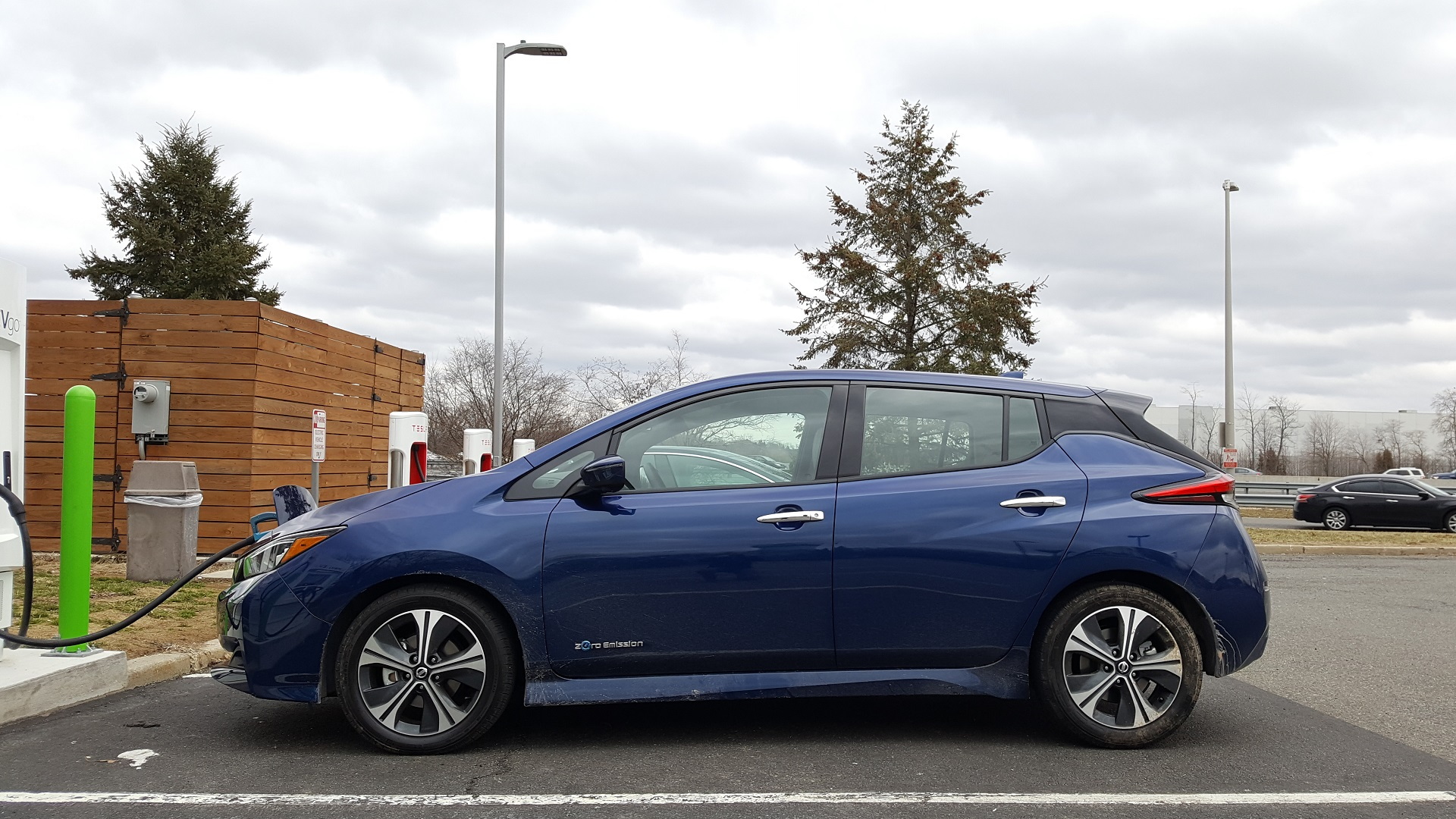 The first generation of mass-priced electric cars with ranges of 60 to 90 miles simply didn't have enough range to be used outside predictable daily commute duties and local errands around town.

Sure, four-fifths of vehicles in the U.S. cover less than 40 miles a day—but that other fifth matters a lot when paying $30,000-plus for a new vehicle.

So we were eager to get our hands on a 2018 Nissan Leaf, the second generation of the world's highest-selling electric car, EPA-rated at 151 miles of range.

We spent four days with a 2018 Leaf SL, the top-of-the-line version, and put 442 miles on the car. Our travels included not only our usual New York City-to-Catskill Mountains round trip, but also a road trip from NYC to Philadelphia and back.

Higher speeds cut into rated range, and to add to the challenges, we tested the car in February in the Northeast, with average temperatures of 40 to 45 degrees F.

In other words, we didn't baby the car, but drove it the way we'd expect to drive any other car.

On our first highway leg, at night and starting with an indicated 99 percent of range—or 165 miles in Eco mode—we chewed up 108 miles of range covering just 66 miles at highway speeds around 70 mph, with one seat heater on, and only intermittent use of cabin heat.

That led to a relatively speedy decision to fast-charge the car every 60 to 80 miles as convenient, so as not to induce anxiety.

We expected to do so four times, once each up and back to the mountains and again to and from Philadelphia. A frustratingly defective fast-charging site, however, ended up requiring a fifth stop.

READ THIS: Looking at leases on 2018 Nissan Leaf electric car: how do they stack up?

We also used conventional 240-volt Level 2 charging overnight once, and opportunistically on a visit to Nauna's Bella Casa in Montclair, New Jersey, a haven for local electric-car drivers that's equipped with both Level 2 and CCS fast-charging stations (though not the CHAdeMO fast-charging standard used by our Leaf).

Our fast-charging (all done at dual-standard stations) was split between Greenlots, which operates the fast-charging stations at rest stops on Interstate 87 between New York and Albany, and EVgo, which runs those at New Jersey Turnpike travel plazas.

Greenlots was fine in two out of three tries, delivering 17.7 kilowatt-hours in 33 minutes and 20.2 kwh in 42 minutes at the working stations.

The site at the Ulster Travel Plaza, however, gave us only 11.6 kwh in 53 minutes, not enough to complete our trip. Thus far, we've received nothing more than an auto-response to our complaint to Greenlots about what is clearly a defective station.

UPDATE: On February 26, Greenlots e-mailed to say the station was "working at full capacity now." That message came nine days after we and another EV driver had complained.

The two EVgo sites in New Jersey offered pair of stations apiece, adjacent to several Tesla Supercharger stations, and had the added benefit of not being located next to Dumpsters as the Greenlots stations on the New York State Thruway tended to be.

The EVgo fast-charging was free, through a card provided to new Leaf buyers. The Greenlots stations required an account with the company, though that was easy to set up via mobile phone, and the company's app can be used to start a charging session thereafter.

CHECK OUT: 2018 Nissan Leaf: early Leaf driver's impressions (he has a Tesla too)

But enough about fast charging.

Our general conclusion about the 2018 Nissan Leaf is that it's a considerable improvement, inside and out, over the seven-year-old and by-now considerably outdated 2017 model.

Its design is sporty and completely disguises the fact that it's a heavy restyle rather than a completely new vehicle.

If we had any criticism, it's that the 2018 Nissan Leaf looks like virtually any other small Nissan, be it a Versa or Sentra sedan or a Kicks or Rogue small crossover.

Given the polarizing styling of the previous generation with its bug-like headlamps and soft curves, however, that may not be a bad thing.

The interior is considerably nicer and utterly conventional, save for the mushroom-shaped drive selector on the tunnel between the seats.

Overall, our four days with the 2018 Leaf were pleasant, uneventful (save for that dud fast-charger), and comfortable.

Our level of charge varied from 99 percent to a low of 21 percent (with an indicated 32 miles left), and overall efficiency was decent if not stellar.

According to the Leaf's trip computer, our total of 442 miles were covered at an energy-usage rate of 3.4 miles per kwh.

CONSIDER: 2018 Nissan Leaf: does it pioneer the 'mid-range' electric car?

That's lower than the 4.0 miles per kwh we achieved in a 2017 Chevrolet Bolt EV, but that car was tested in temperate California without need for seat heaters or cabin heat.

Moreover, the Bolt's battery didn't have to cope with temperatures and cold soaks near freezing.

Other miscellaneous notes from our time with the Leaf SL: