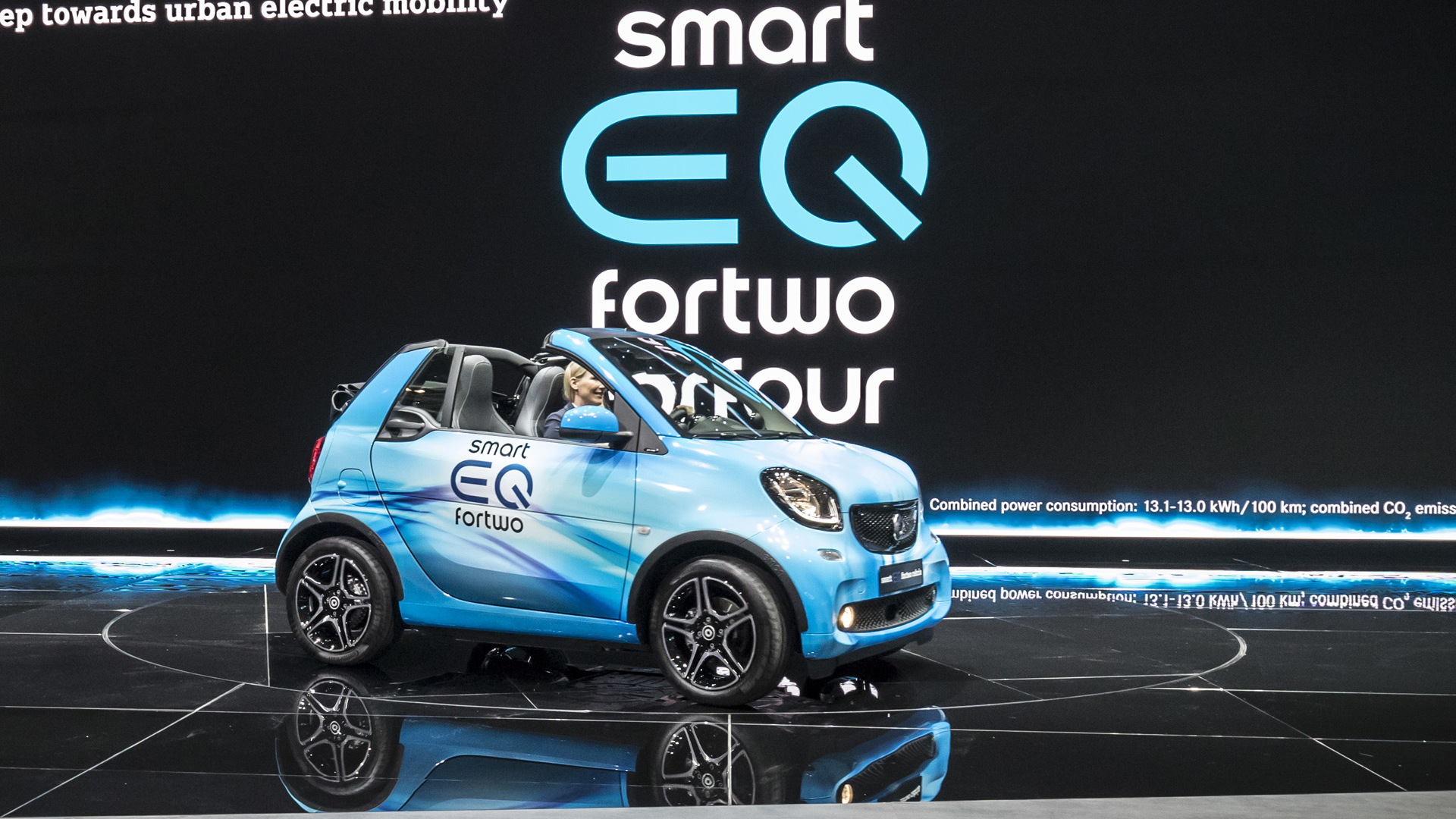 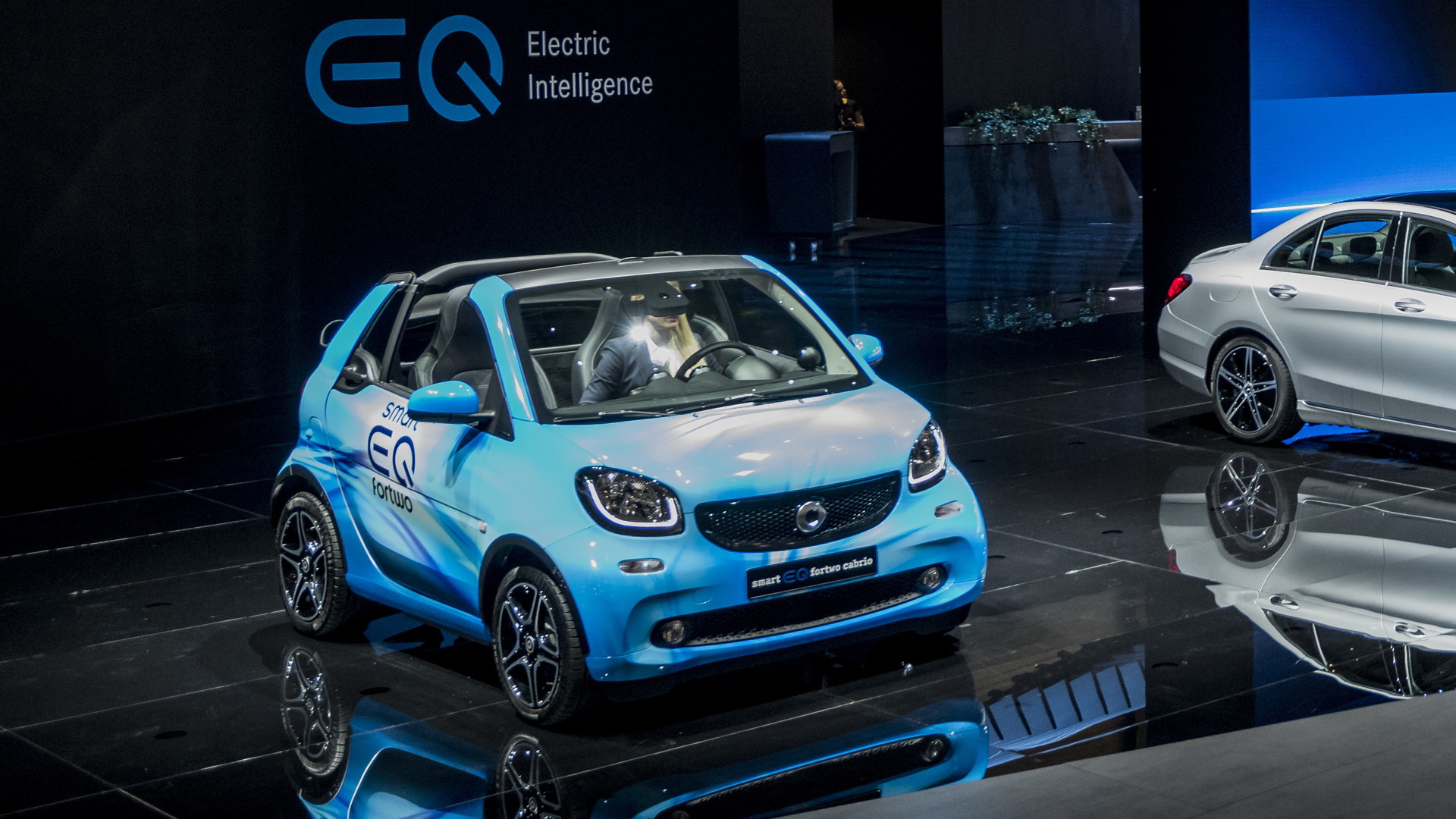 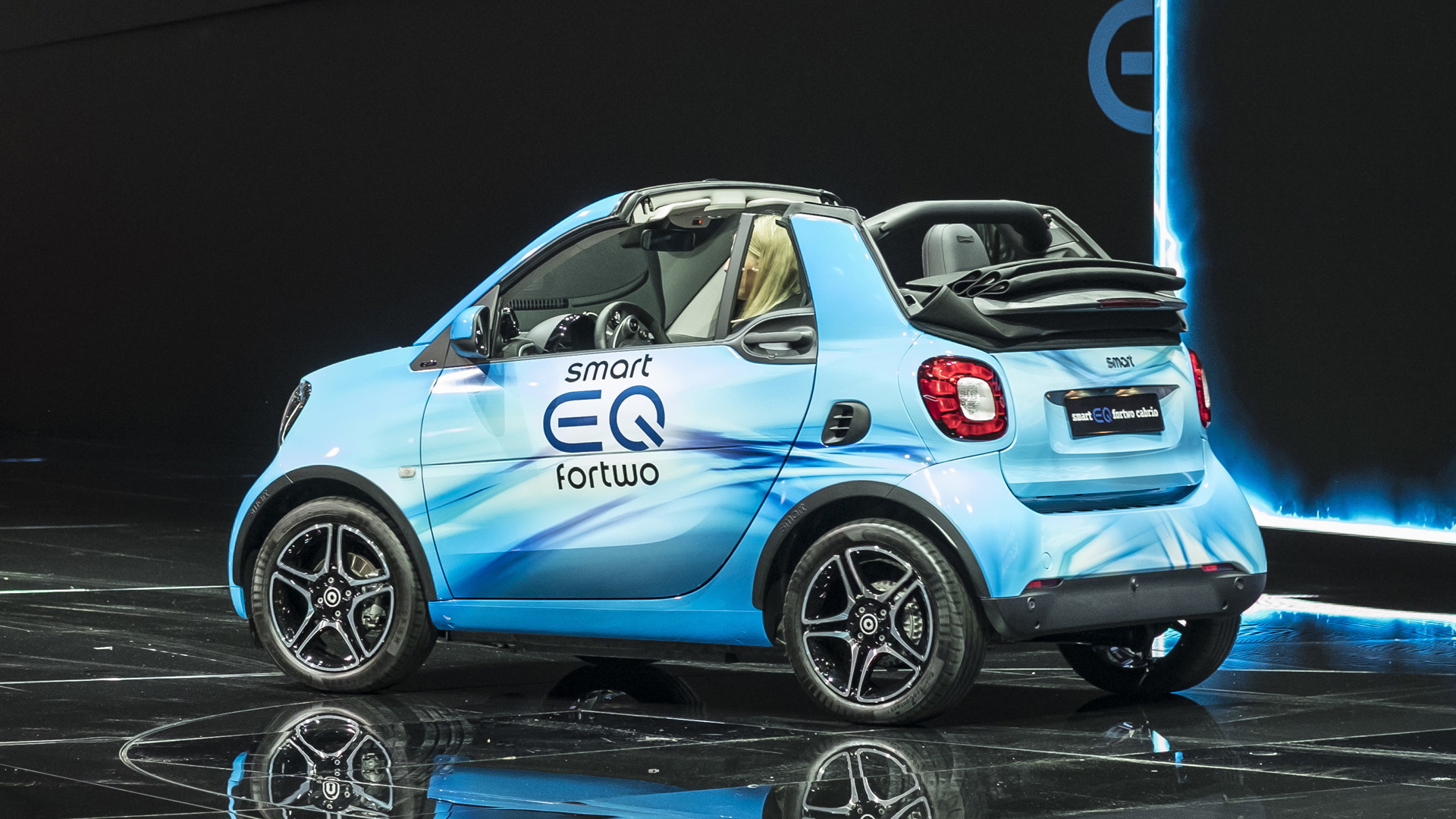 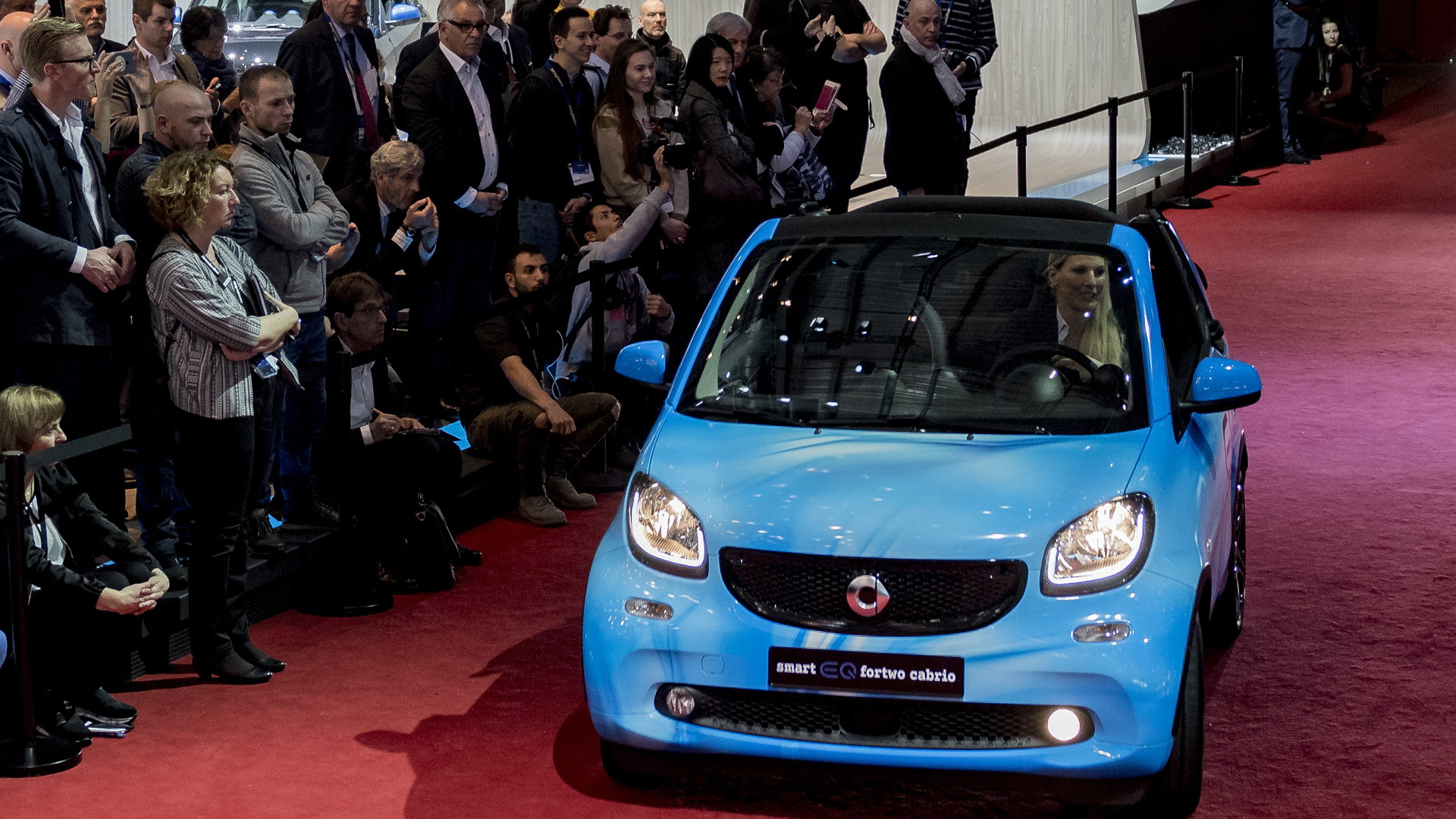 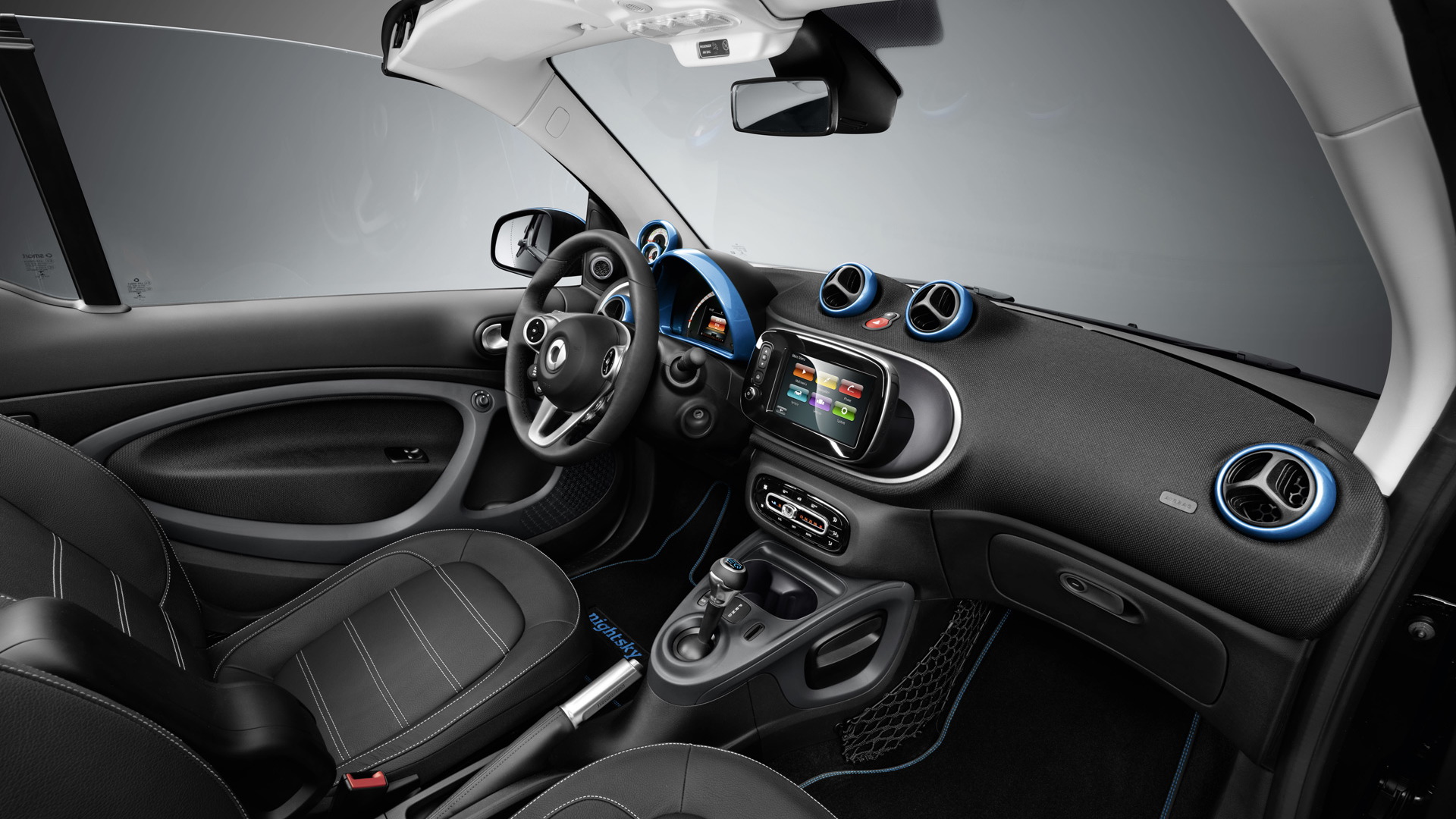 The Jaguar I-Pace made its formal debut, and the Audi e-tron appeared in camouflage as a sort of full-size teaser display.

But there had been word from Mercedes-Benz that it would introduce an EQ electric car as well.

Could this be the production version of the Mercedes-Benz EQC, an all-electric crossover utility built on a dedicated plug-in platform that would be the company's first long-range vehicle?

The EQ vehicle launched at Geneva turned out to be no more than a new label on an existing car: the Smart ForTwo Electric Drive, henceforth to be known as the Smart EQ.

The range of Smart EQ models includes not only the ForTwo two-seat coupe and cabriolet sold in North America, but also a ForFour four-seat model not available here.

All use a single rear motor rated at 60 kilowatts (80  horsepower), powered by a 17.6-kilowatt-hour lithium-ion battery pack rated at 57 or 58 miles of range by the EPA in the U.S.

A phone app lets users check battery charge and nearby charging stations, as well as to precondition the cabin temperature before arriving at the car.

The Mercedes-Benz EQC electric SUV first appeared as a concept car at the 2016 Frankfurt auto show.

When the previous generation went into higher production with its third battery pack, it became the Smart Electric Drive, though a certain amount of snorting could be heard in the background at the abbreviation "ED" and its potential confusion with a medical condition in English-speaking markets.

That branding continued through the arrival of the battery-electric version of the first entirely new Smart since the late 1990s original, which launched as a 2016 model with a gasoline engine (now withdrawn from the U.S.), added the plug-in electric Coupe for 2017, and an electric Cabrio for 2018.

European model years work differently from those in North America, so the Smart EQ is a 2018 model in Europe. We'll wait to see if a similar relabeling occurs for the 2019 year in the U.S. and Canada.

For all the coverage of the green-car concepts and production models on display in Switzerland, see our Geneva auto-show news page.