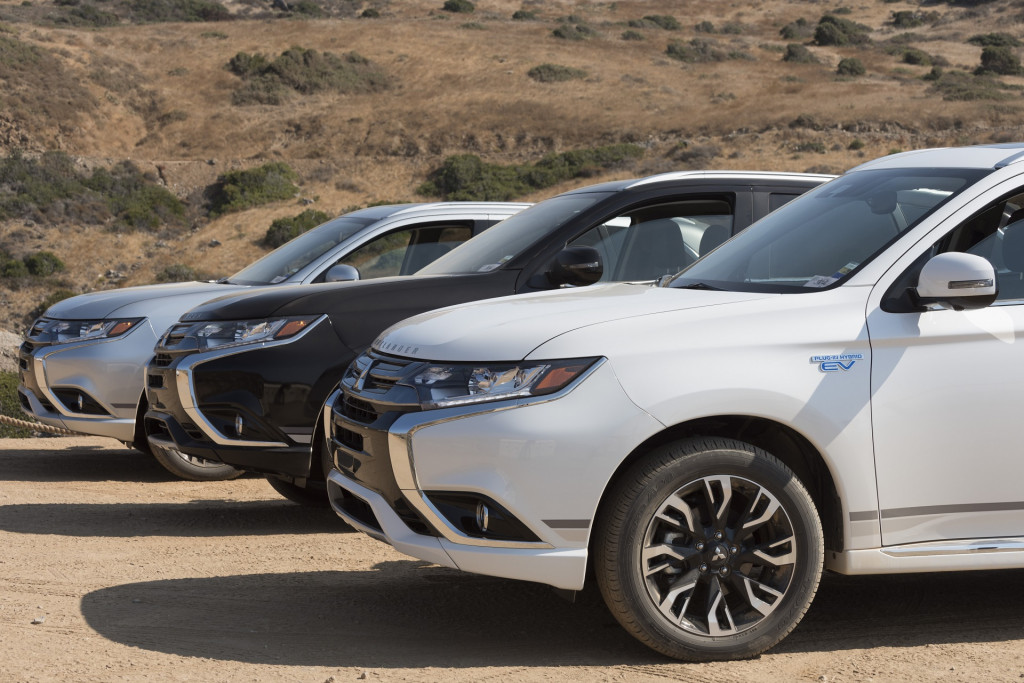 The Mitsubishi Outlander PHEV helped the Canadian plug-in electric vehicle market to its first 1,000-unit January last month. The company sold 174 of its plug-in hybrid SUV in its first full month on sale, representing about 30 percent of overall Outlander sales.

If that ratio holds, the Outlander PHEV could become Canada’s second best-selling plug-in electric vehicle during 2018, behind the perennially dominant Chevy Volt.

To do so, it will have to fend off the Chevy Bolt EV, the new Nissan Leaf, and the Toyota Prius Prime now available nationwide. With the market’s continuing shift to crossovers and SUVs, being the only non-sedan in that cohort could help the plug-in Outlander’s chances

Chevrolet continued to dominate the Canadian plug-in sector in January, selling 226 Volts and 187 Bolt EVs during the country’s traditionally slowest sales month of the year.

No Nissan Leaf sales were reported, as dealers await the arrival of the second generation of the world’s best-selling electric car. 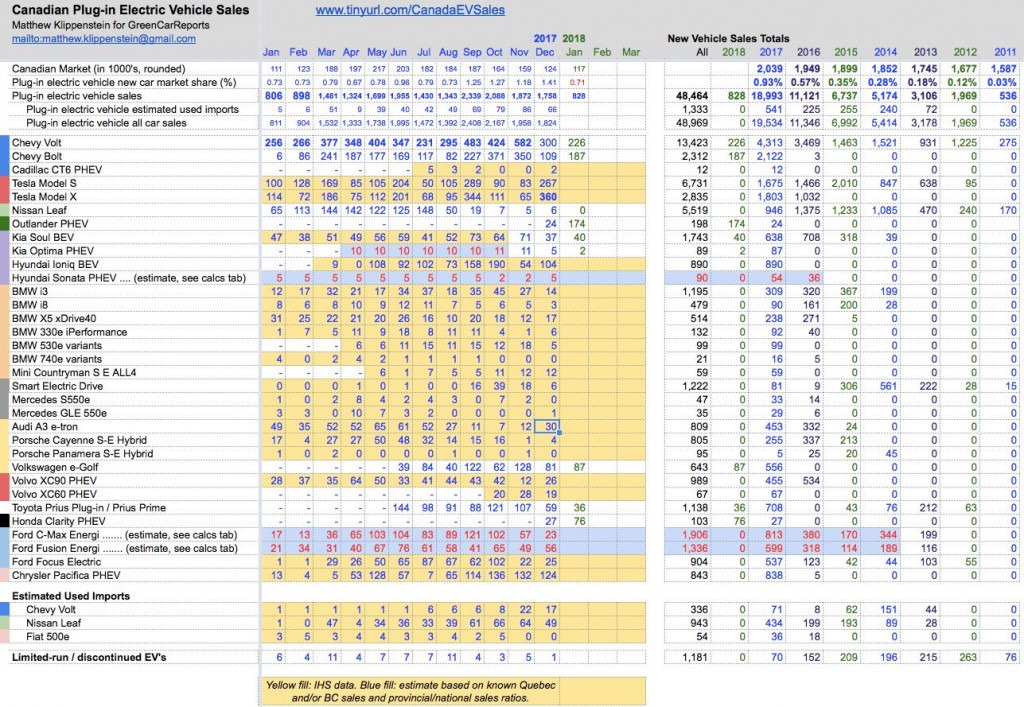 While Nissan reported only 37 Leaf sales from September through December of last year, a total of 277 Leafs were registered during this period, suggesting the other 240 were used-vehicle imports.

From the registration data, it looks as if imports were split about evenly between British Columbia and Quebec.

La Belle Province offers a rebate up to $4,000 for used imported electric vehicles through a pilot program through the end of March.

READ THIS: Driving a Chevy Bolt EV electric car across Canada, all the way

Several factors could influence interest in British Columbia, meanwhile, among them relative proximity to electric vehicles coming off lease in California, which might simplify vehicle sourcing for dealerships.

Sales for the Ford C-Max Energi, Ford Fusion Energi, and Hyundai Sonata PHEV sales are not provided by their makers. We have estimated them from registration data.

As conveyed by a Ford representative: "I have looked into this and unfortunately we are not inclined to provide this level of detail for Canada. The numbers are very small, as you might imagine." 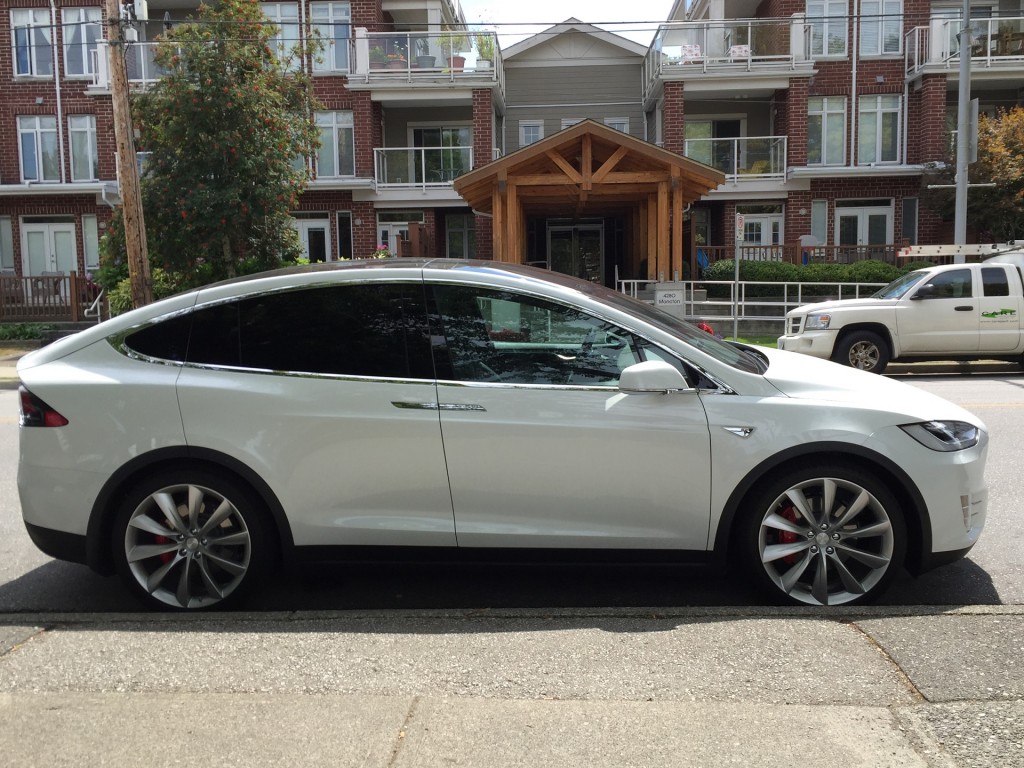 2016 Tesla Model X on the street in Vancouver, BC, Canada [photo: Matthew Klippenstein]

Tesla ended 2017 on a high note, selling 360 Model Xes in December, surpassing the 344 it sold in September and the 325 Model S sedans it moved in March 2016. Speaking of the Model S, it garnered 267 sales in December as well, good enough for third place after the Volt.

The Chrysler Pacifica PHEV minivan was the fourth-best selling plug-in in Canada in December, with 124 sales. Fifth place went to the Chevy Bolt EV, with 109, followed by the Hyundai Ioniq BEV’s 104.

Among mass-market vehicles, Ford sold 25 Focus Electrics and 17 Chevy Volts appear to have been imported, along with 49 Nissan Leafs. A lone Chevy Spark EV (perhaps also imported?) appeared in the end-of-year registration data as well.

Plug-in electric vehicles represented almost 1 percent (0.93 percent) of new auto sales in Canada in 2017, up about two-thirds from 2016, which itself was up two-thirds over 2015.

We estimate sales were a hair under 19,000 plug-in electric vehicles altogether, with another 500 used imports.

The total of about 48,000 plug-ins on Canadian roads at year’s end represents almost one-quarter of 1 percent of the country’s passenger vehicle fleet of roughly 20 million automobiles. 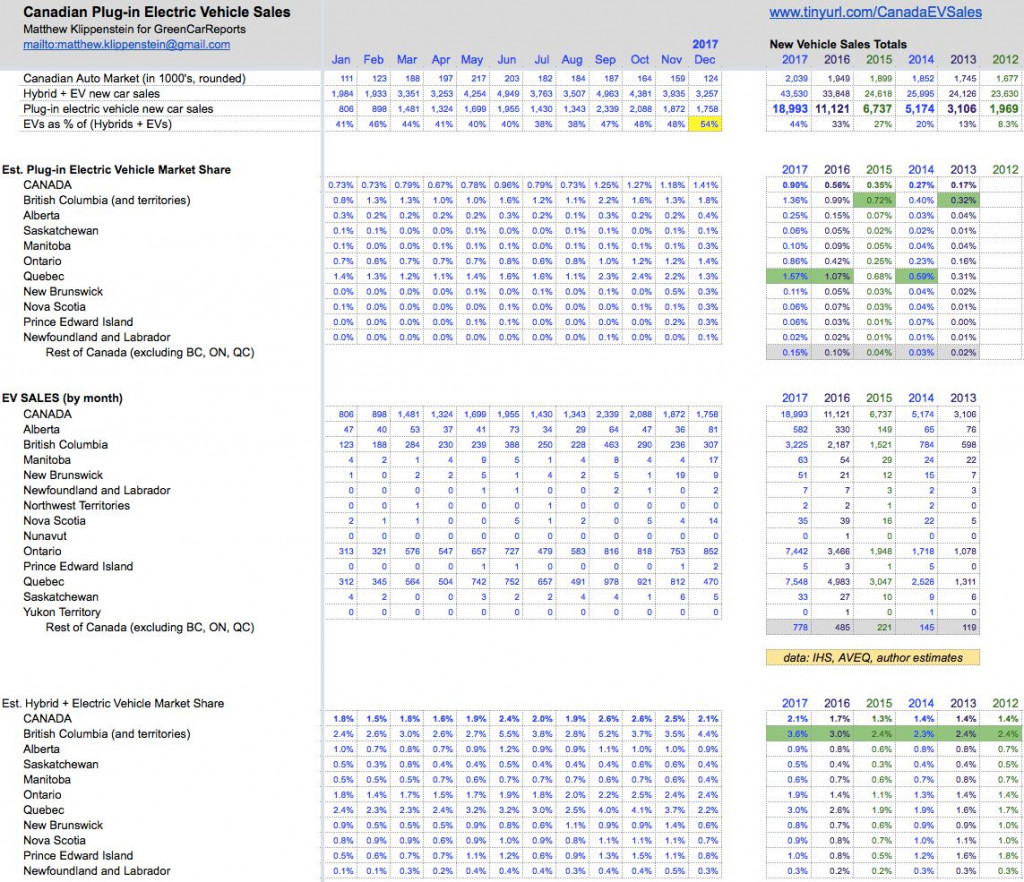 Plug-in electric car sales in Canada for 2017 by province

Plug-in electric vehicle sales last year (about 19,000) almost matched those of conventional hybrids (about 24,500). They represented 44 percent of the combined hybrid and electric-car sales, and outsold conventional hybrids in December, thanks to Tesla’s end-of-quarter surge.

They could well outsell conventional hybrids in 2018.

The zero-emission vehicle mandate now in effect in Quebec made it the top Canadian province for plug-in market share in 2017, at 1.57 percent of new car sales. It also enjoyed that distinction in 2016 and 2014.

When conventional hybrids and plug-in electric vehicles are grouped together, BC remains Canada’s perennial champion: It won its sixth straight market share title at 3.6 percent. (Quebec came in at 3.0 percent.)

For the rest of Canada, plug-in electric vehicle market share was 0.15 percent. It would be overly simplistic to pin the difference on a lack of incentives outside BC, Ontario and Quebec; consumer preferences and availability of some brands in small provinces and territories likely play a role.

The fifth-place Nissan Leaf, with 946 sales, suffered its first year-over-year sales decline in six years, given the production change-over to the second generation vehicle.