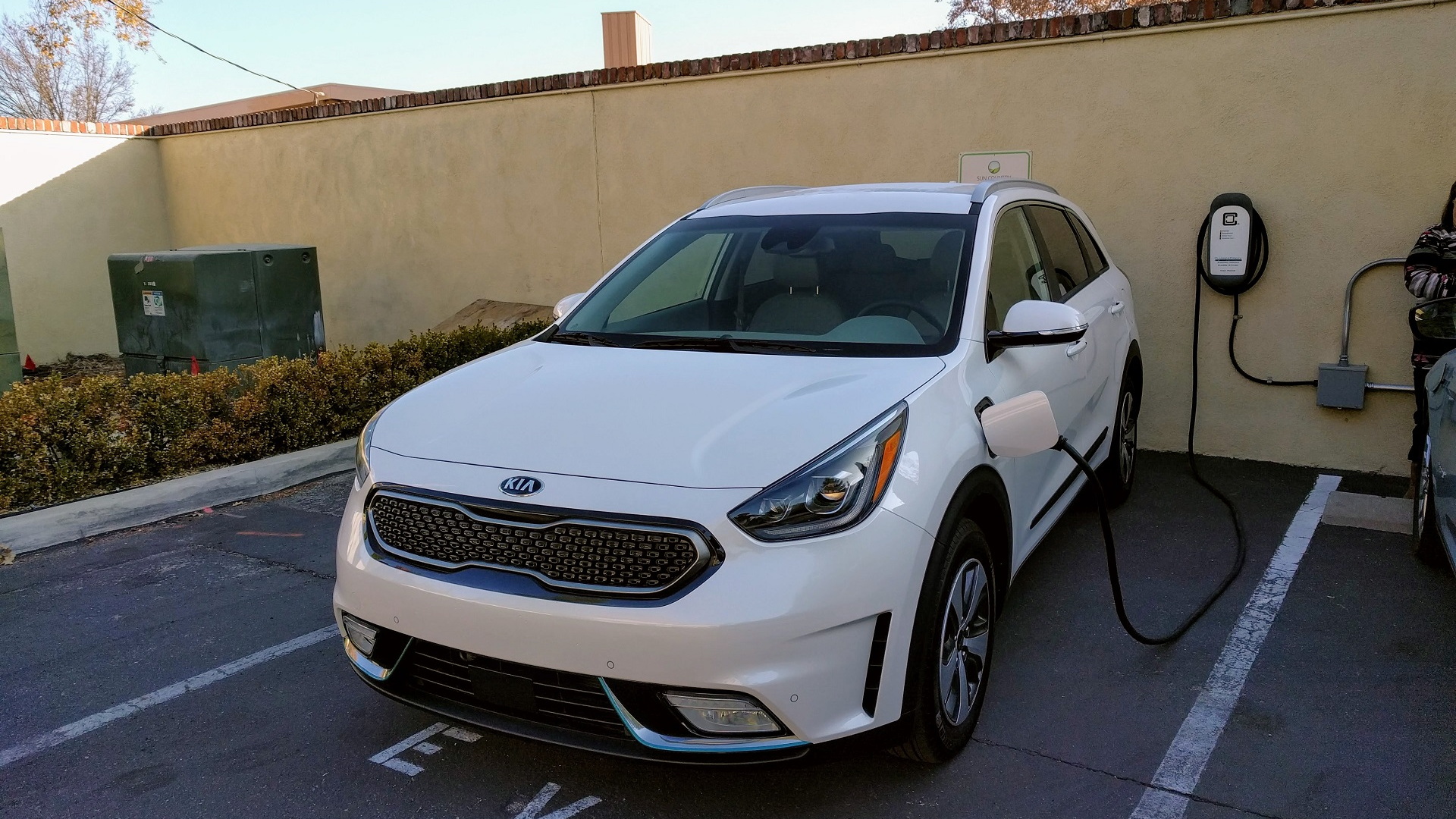 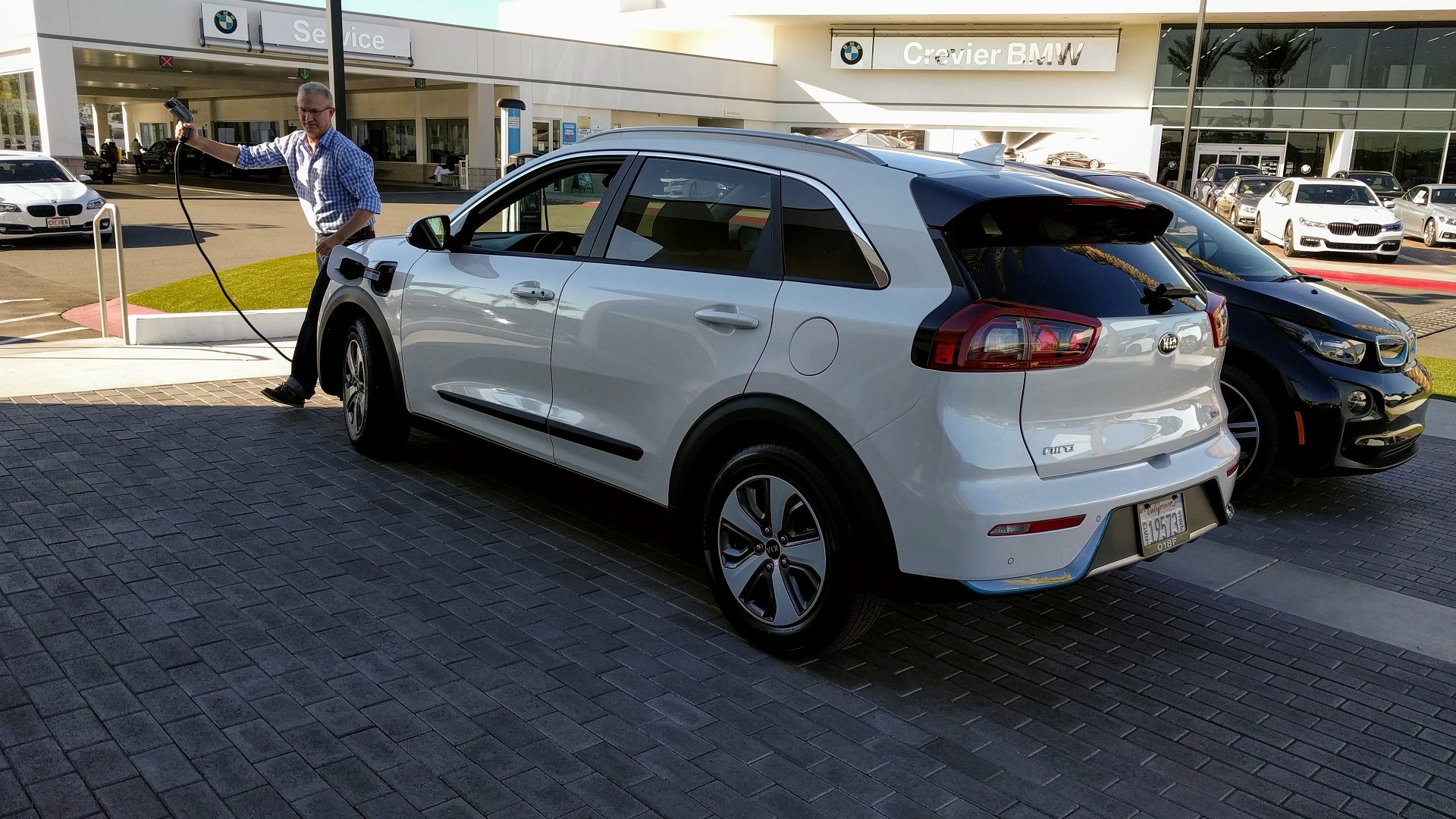 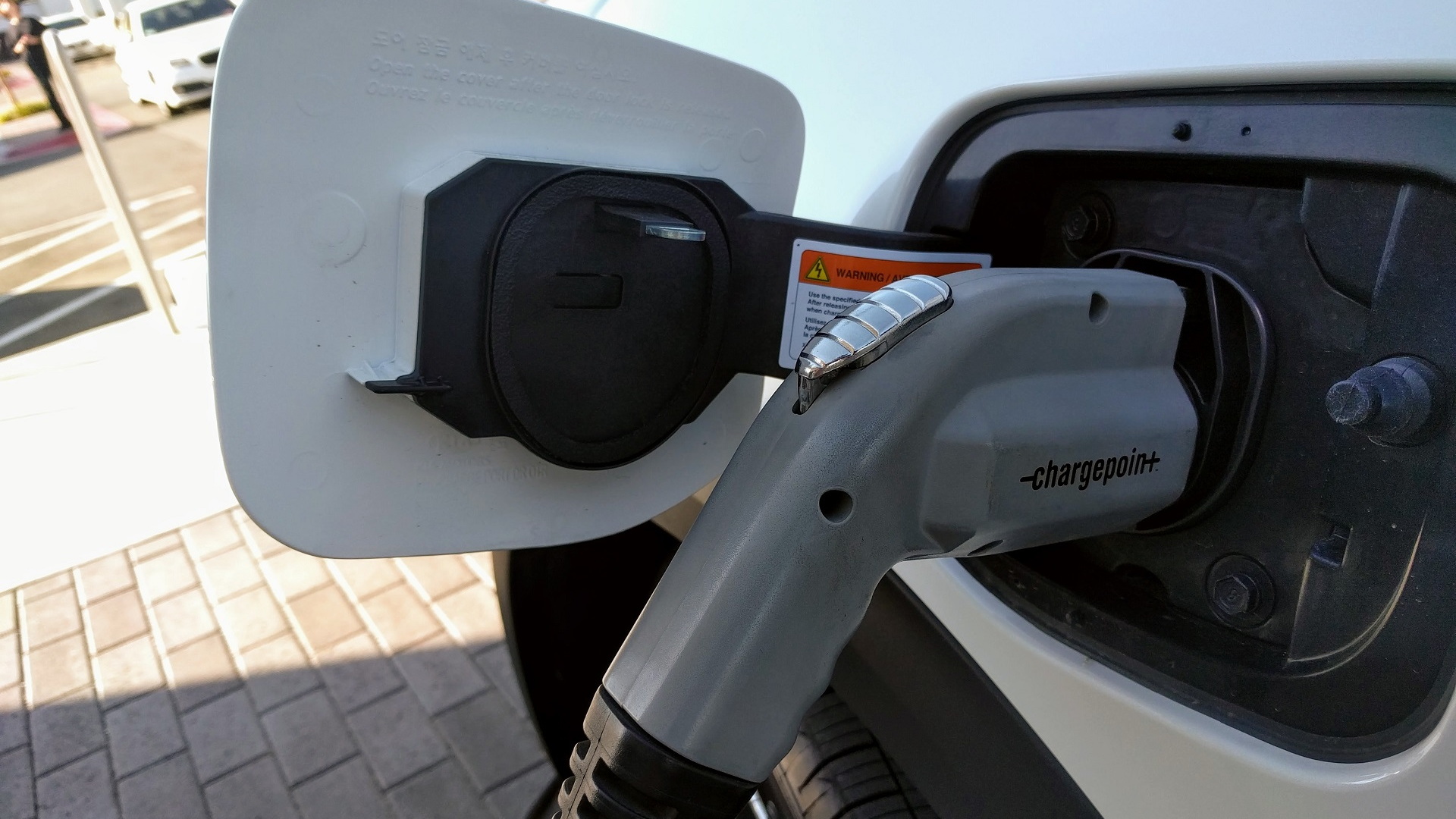 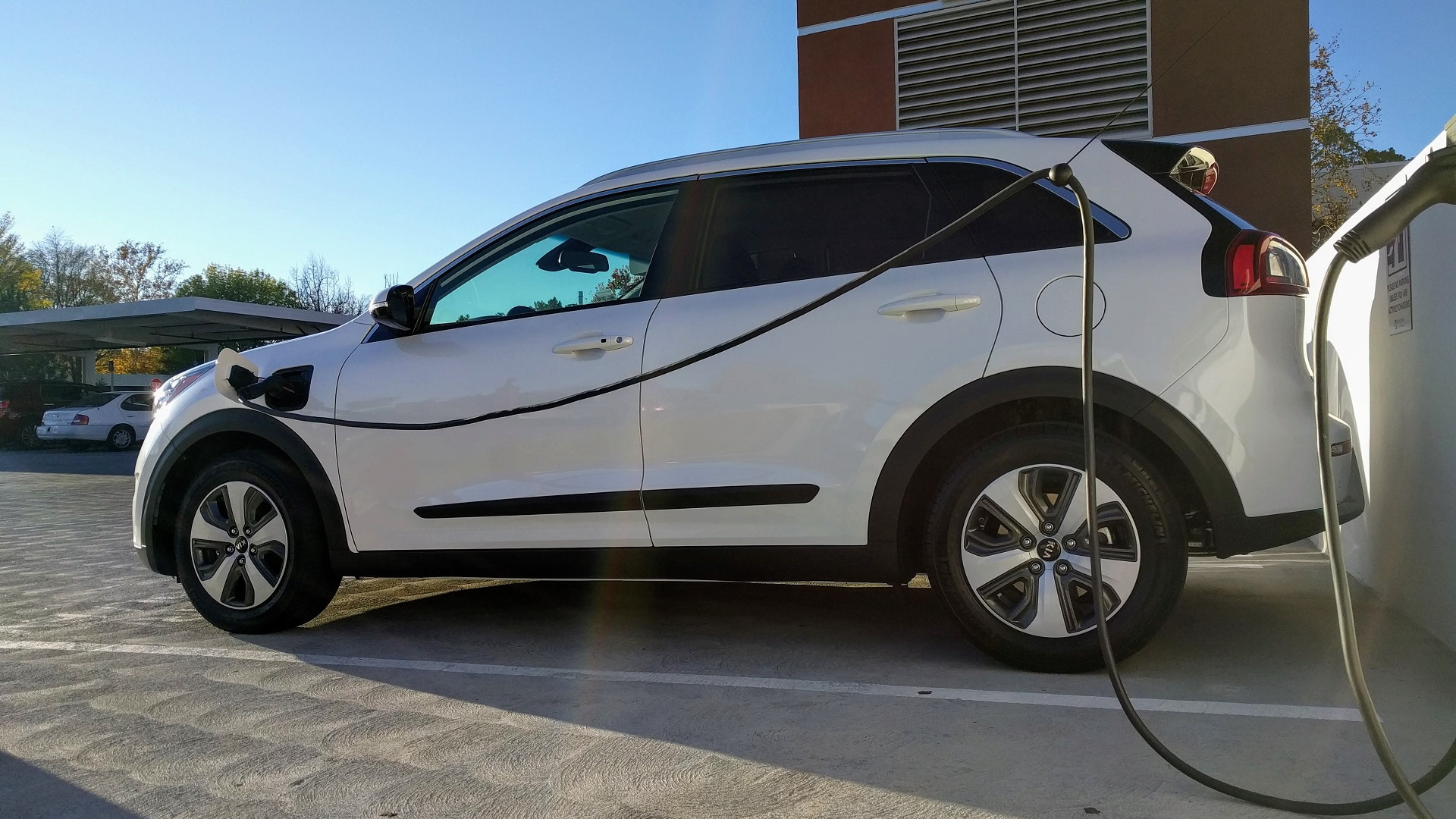 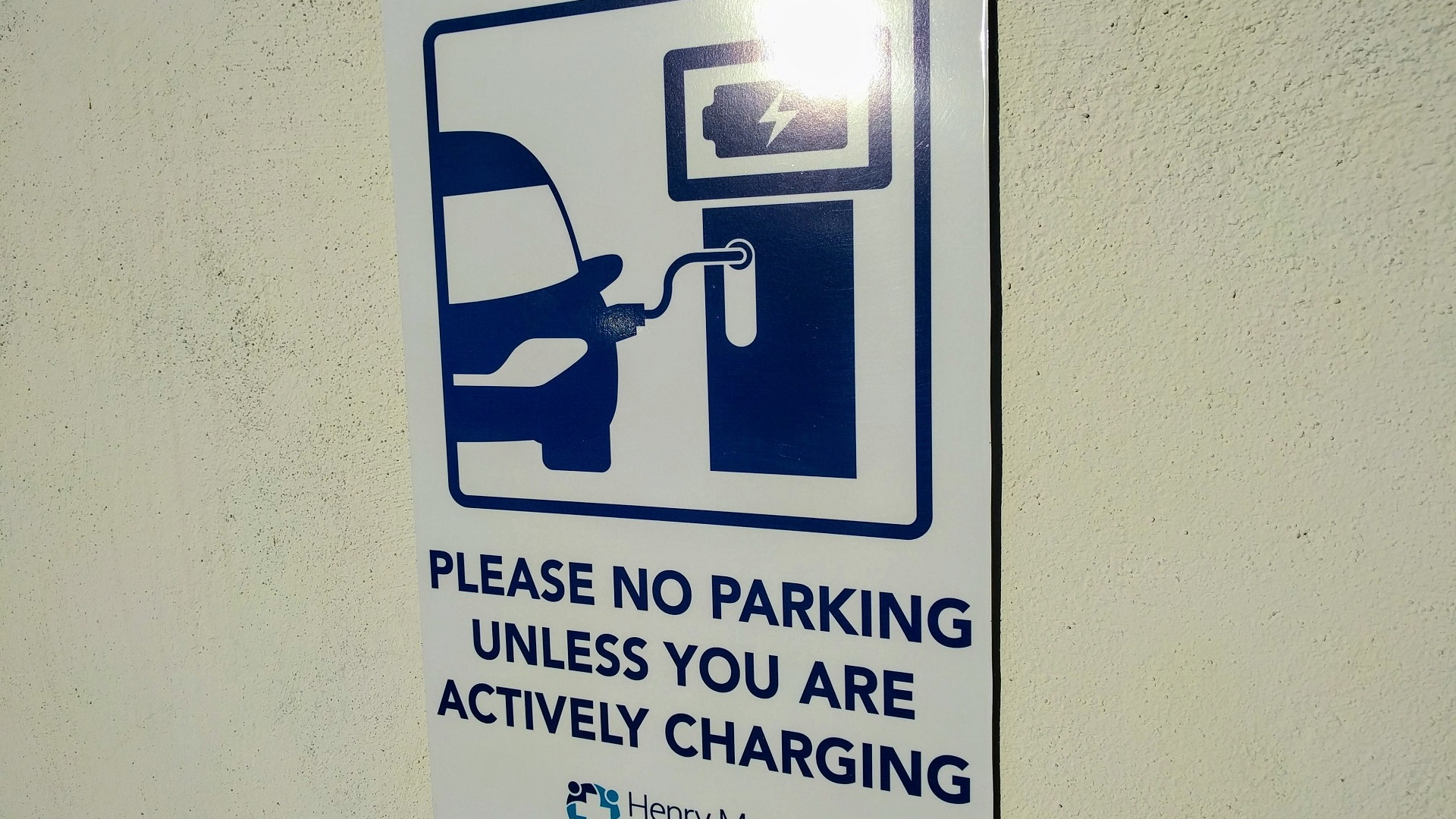 A couple of weeks ago, we charged a 2018 Kia Niro Plug-In Hybrid 15 times within two days.

It was part of a contest during a two-day press drive for the car—though we were beaten by the team that charged their Niro a stunning 31 times in little more than 30 hours.

But our experience reinforced what many electric car drivers either knew going in or have learned relatively quickly: Electric-car charging at public stations needs to be far better than it is today.

Part of the problem stems from the random nature of available stations—even on the sprawling ChargePoint network, which represented the majority of our stops.

There are more than 17,000 charging sites with almost 47,000 charging cords in the U.S. today, according to the U.S. Department of Energy's Alternative Fuels Data Center charging-site locator.

They're owned by thousands of different entities, operated and maintained by dozens if not hundreds of others, and hardly signposted at all.

In the end, we were able to find all the charging sites we knew were there—but it was far from easy.

And, not to put too fine a point on it, we do this kind of thing for a living.

The average mass-market car buyer, as surveys have shown, has no idea how many public charging sites already exist, nor how to find them.

READ THIS: Car buyers have no idea electric-car charging stations even exist

We broke down the problems we had into specific topics, just to systematize our many hours of low-level grumbling.

Perhaps the biggest problem we encountered was that even when we knew a specific address, institution, or building had one or more electric-car charging stations, it was never obvious where they would be located.

Consider the six available charging stations at Mayo Newhall Hospital in Santa Clarita, California. It's a big place, and once you've driven onto the property, there are many surface lots, a high-rise parking structure, and numerous buildings.

The Plugshare app identified an intersection at the corner of what appeared to be a hidden surface lot with no apparent entrance. So we spent 10 fruitless minutes trying the several levels of the adjacent multi-deck parking structure.

The entrance to the lot with the charging stations turned out to be down a dead-end road, completely invisible, hidden behind a large ventilation shaft, and camouflaged by landscaping.

There wasn't a single sign anywhere on the property that we saw to point to the stations. Nor was there advance information as to what kind of charging existed.

The apps themselves generally explain whether there's 240-volt Level 2, or one or more of the various kinds of DC fast charging, but that's almost never evident until you get there.

This is clearly a case where something like Matt Teske's proposed Chargeway system would help, paired with proper onsite directional signs.

Suppose you knew a gas station existed, but you didn't know if it was open 24 hours, or perhaps 6 am to midnight—or just available 9 am to 5 pm on weekdays.

Moreover, until you arrived, you had no idea whether the gas was free, would cost the standard $2.50 a gallon, or perhaps might run you $10 a gallon.

Or whether every single pump was occupied by a car sitting there all day, even long after it had finished filling.

That's the circumstance today at any given charging site, where even if charging spots don't have non-plug-in cars parked at them, they may be used as all-day parking spaces even hours after a car has finished charging.

If there's an open spot, a user has to read the signs about how long the car may stay, and how much it costs per charge, or per hour, or per kilowatt-hour.

This is information available from many (but not all) of the charging locator apps. But ...

The phone apps (and, as in our Kia Niro Plug-In Hybrid, charging locators built into the car's navigation system) don't all show the same info on the same stations.

The variety of phone apps to find charging sites are mostly owned and run by individual charging networks, so their info on sites outside those networks is absent or incomplete.

The Plugshare app, the one we found by far most useful because electric-car drivers can add check-ins, tips, and photos, crashed frequently on our two Android phones.

The good news is that these are all solvable problems—and at far lower cost than establishing a network of fueling sites for any other liquid or gaseous fuel.

How, where, and when the will to do that may appear, however, remains unclear today.

Kia provided airfare, lodging, and meals to enable Internet Brands Automotive to bring you this first-person drive report. The ChargePoint Network provided a temporary network membership and $10 worth of charging credit.