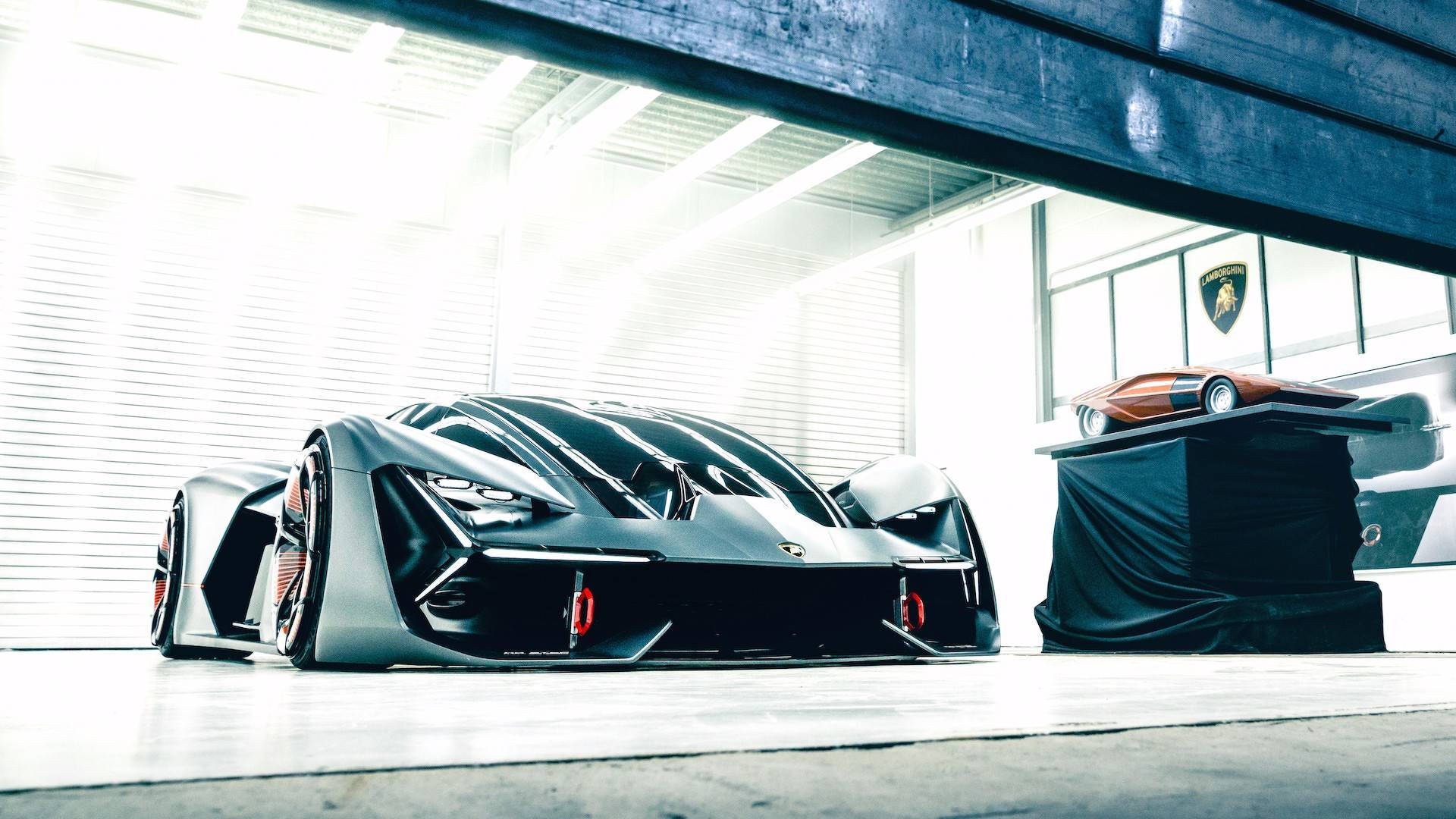 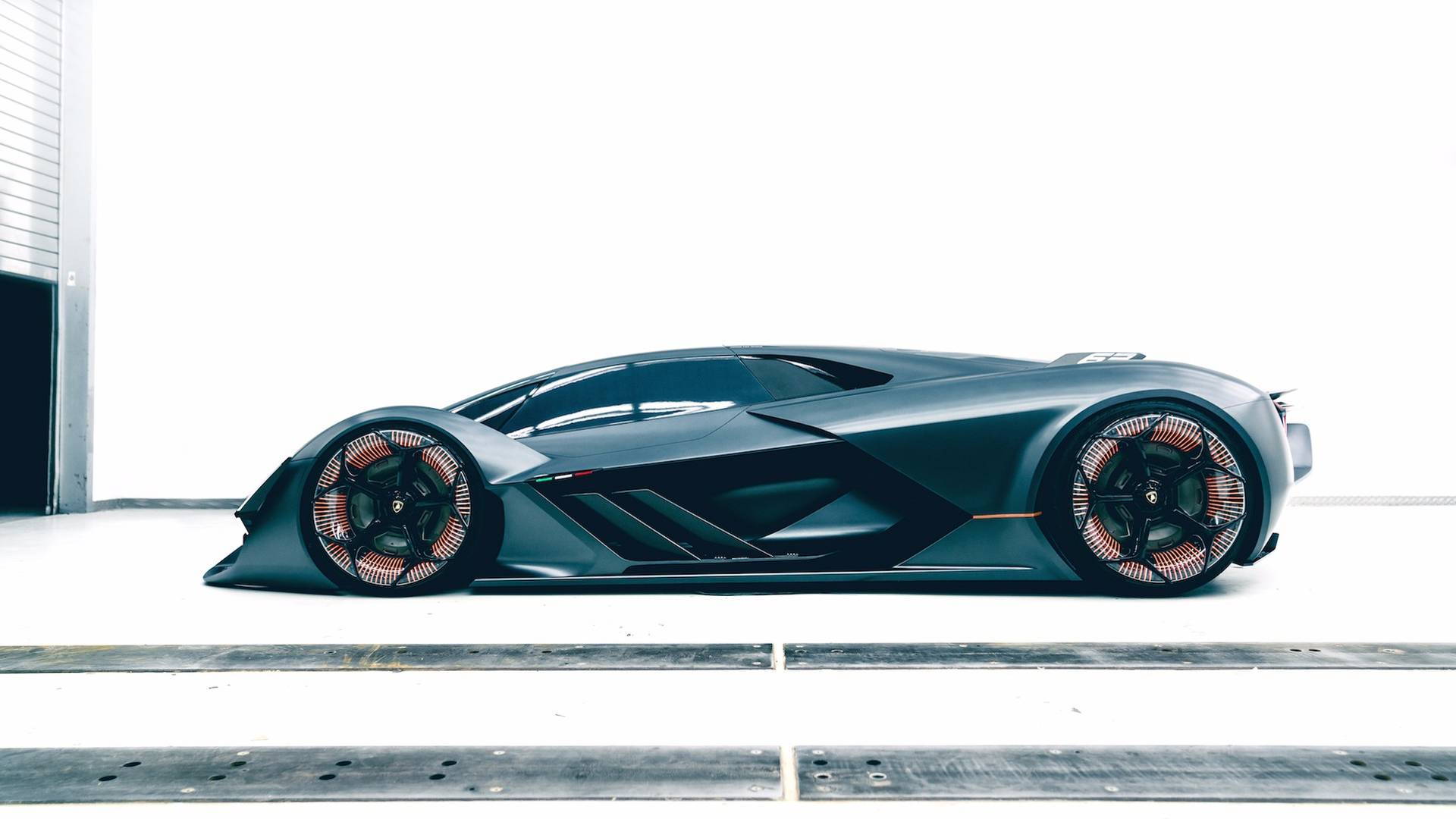 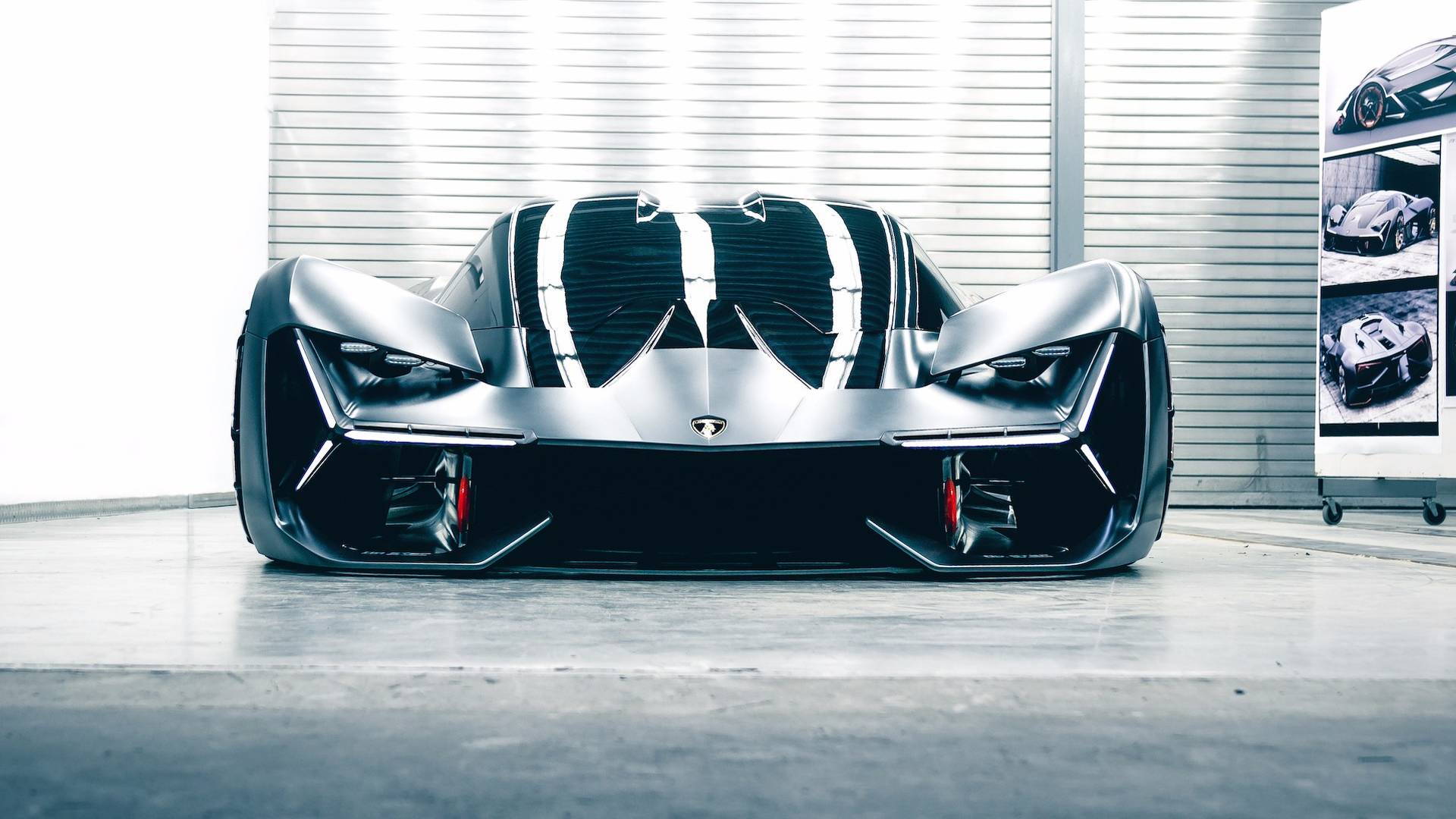 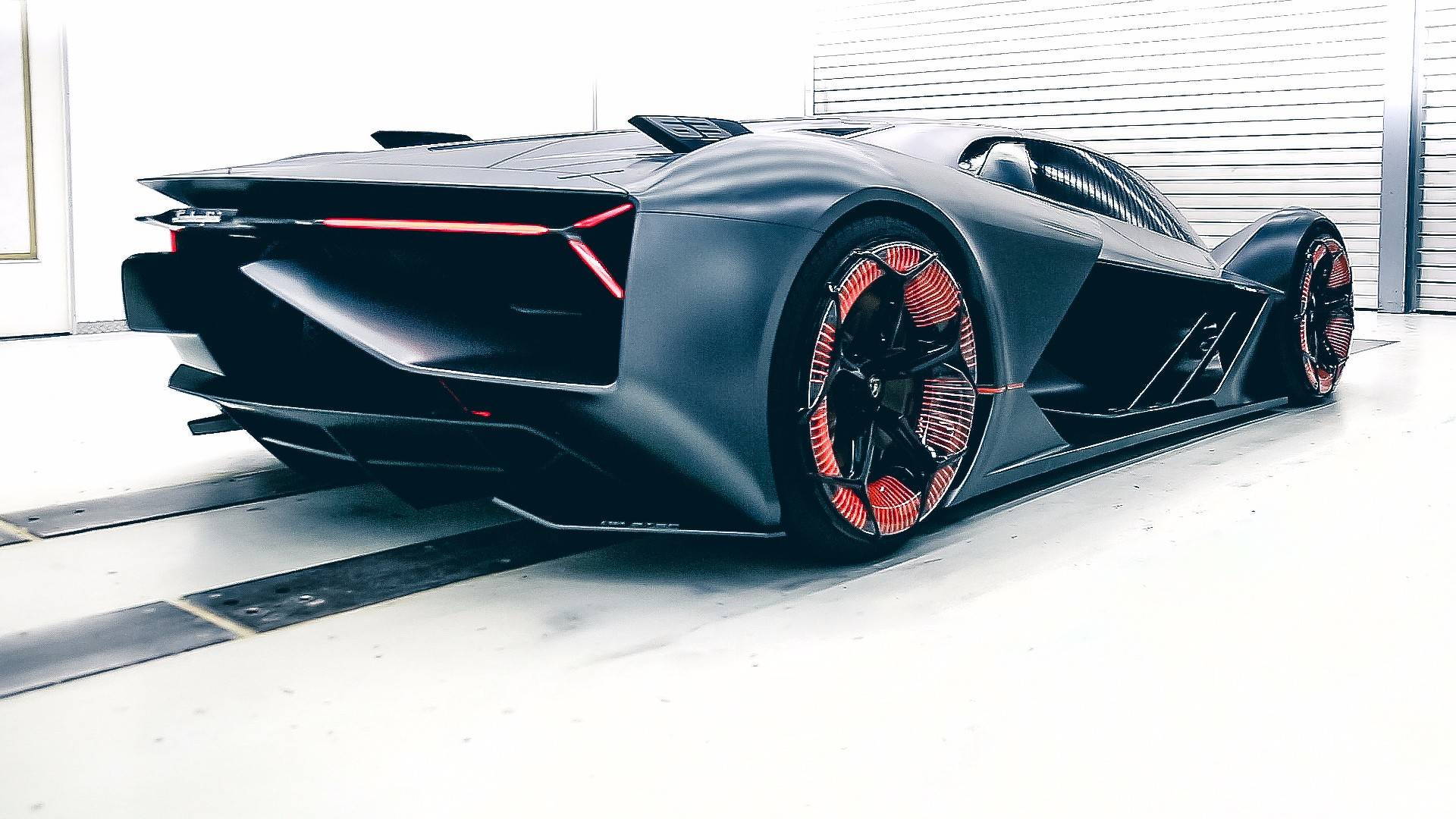 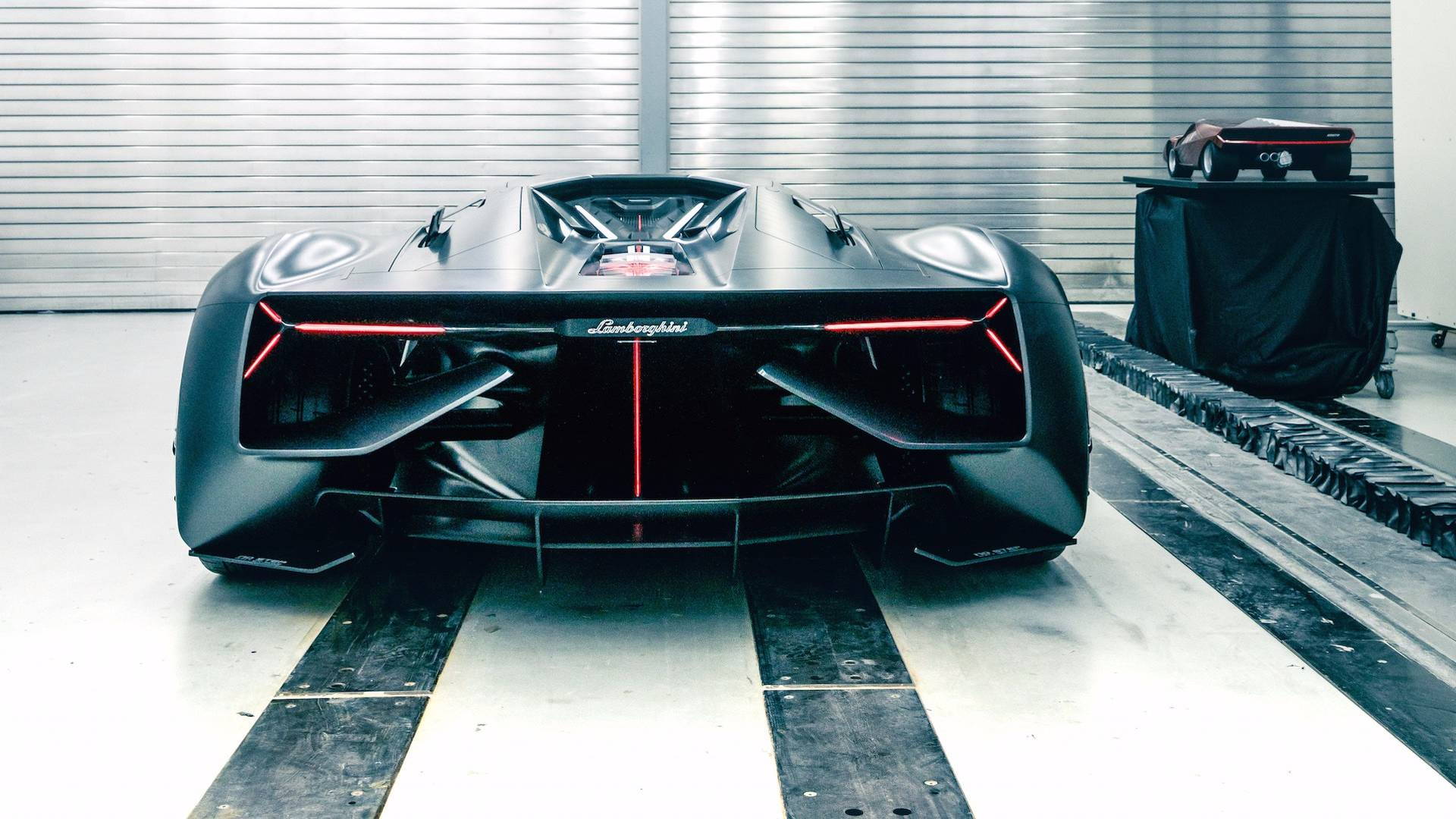 Lamborghini, the Italian purveyor of V10- and V12-powered supercars, has teased a fully electric performance machine for the first time in its 54-year history.

Unveiled at Lamborghini's home base in Sant’Agata Bolognese, Italy, the Lamborghini Terzo Millennio Concept is the product of a partnership between the automaker and the Massachusetts Institute of Technology.

But before you get too excited, there's something you should know,

According to Lamborghini, the Terzo Millennio Concept is "for future super sports car enthusiasts." You should read that as the next generation of Lamborghini customers based on the details—or lack thereof—released on the concept.

Underneath its wild skin, the Terzo Millennio Concept sends power to all four wheels by way of four individual in-wheel motors, freeing up designers and engineers to reimagine areas of the car typically used for ICE components.

And that's where specific details stop.

Instead, Lamborghini wants the car to foretell where it plans to go in general: supercar electrification is the future, but the Terzo Millennio is purely a concept.

Supercar manufacturers face very different challenges than others such as Tesla, General Motors, and Nissan.

READ THIS: Lamborghini Plug-In Supercar Nixed, But Plug-In Hybrid Urus SUV Is On

Due to the extreme performance demanded by supercars, Lamborghini and MIT are researching ways to store energy in robust supercapacitors with the capacity of today's lithium-ion battery packs.

The partnership is also investigating the use of body panels as a storage medium and "self-healing" carbon-fiber components with the ability to fix minor cracks before they grow into big ones.

This isn't the first time Lamborghini has revealed a model relying on some level of electrification.

A year later, the Asterion project was scrapped. Then-CEO Stephan Winkelmann stated the cancellation was due to the Asterion not delivering the performance expected by Lamborghini customers.

CHECK OUT: Even Supercars Can Save Fuel: Supercapacitor Start-Stop For Lamborghini?

From Lamborghini's current lineup, the Aventador is the only model that employs even a modicum of electrification beyond just a normal, run-of-the-mill car battery.

It utilizes a large capacitor for its fuel-saving start/stop system.

The Lamborghini Urus, the second commercially available SUV from the firm, will debut this December with a 4.0-liter twin-turbo V-8 engine and is expected to gain a plug-in hybrid version in 2019.