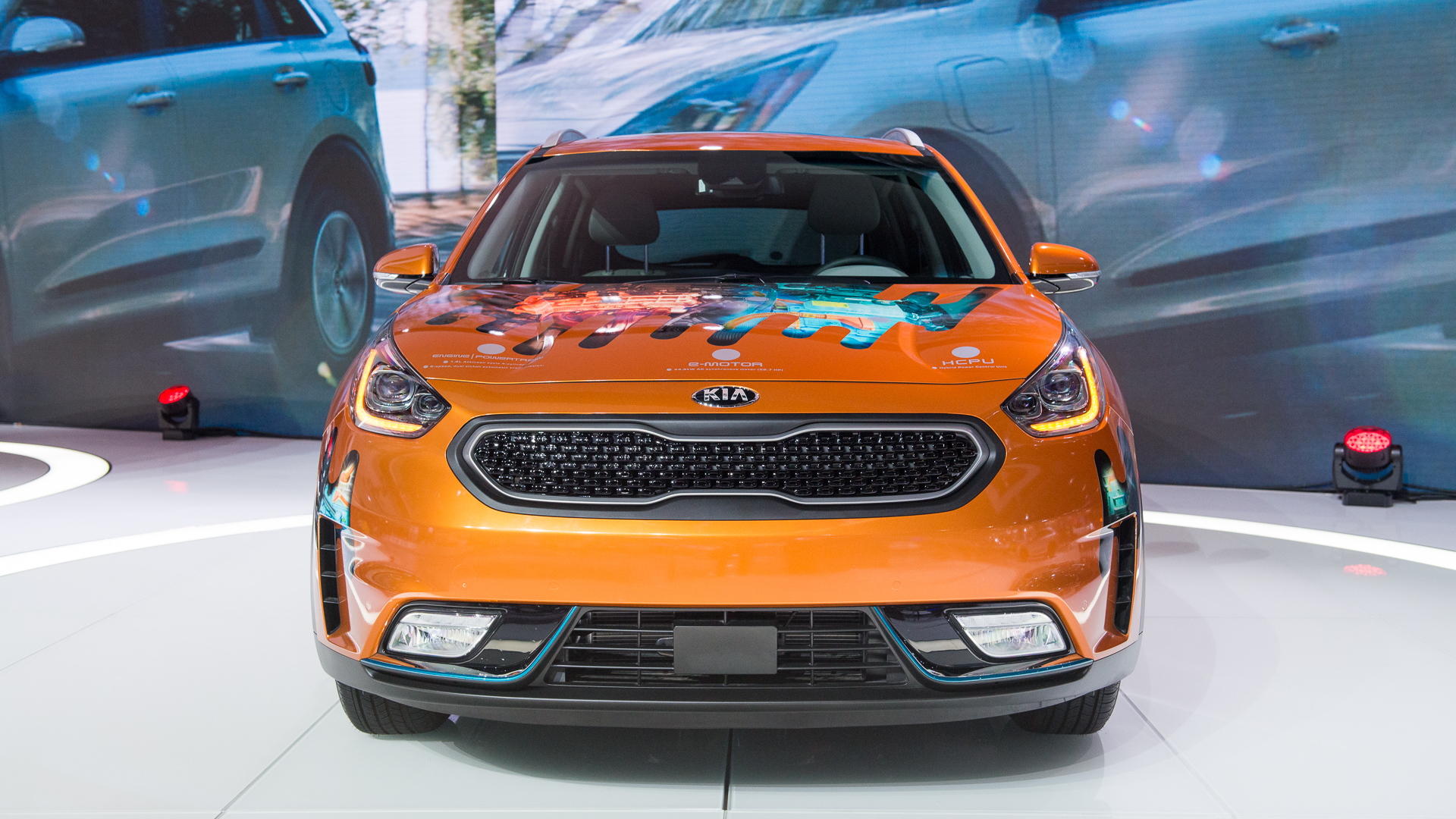 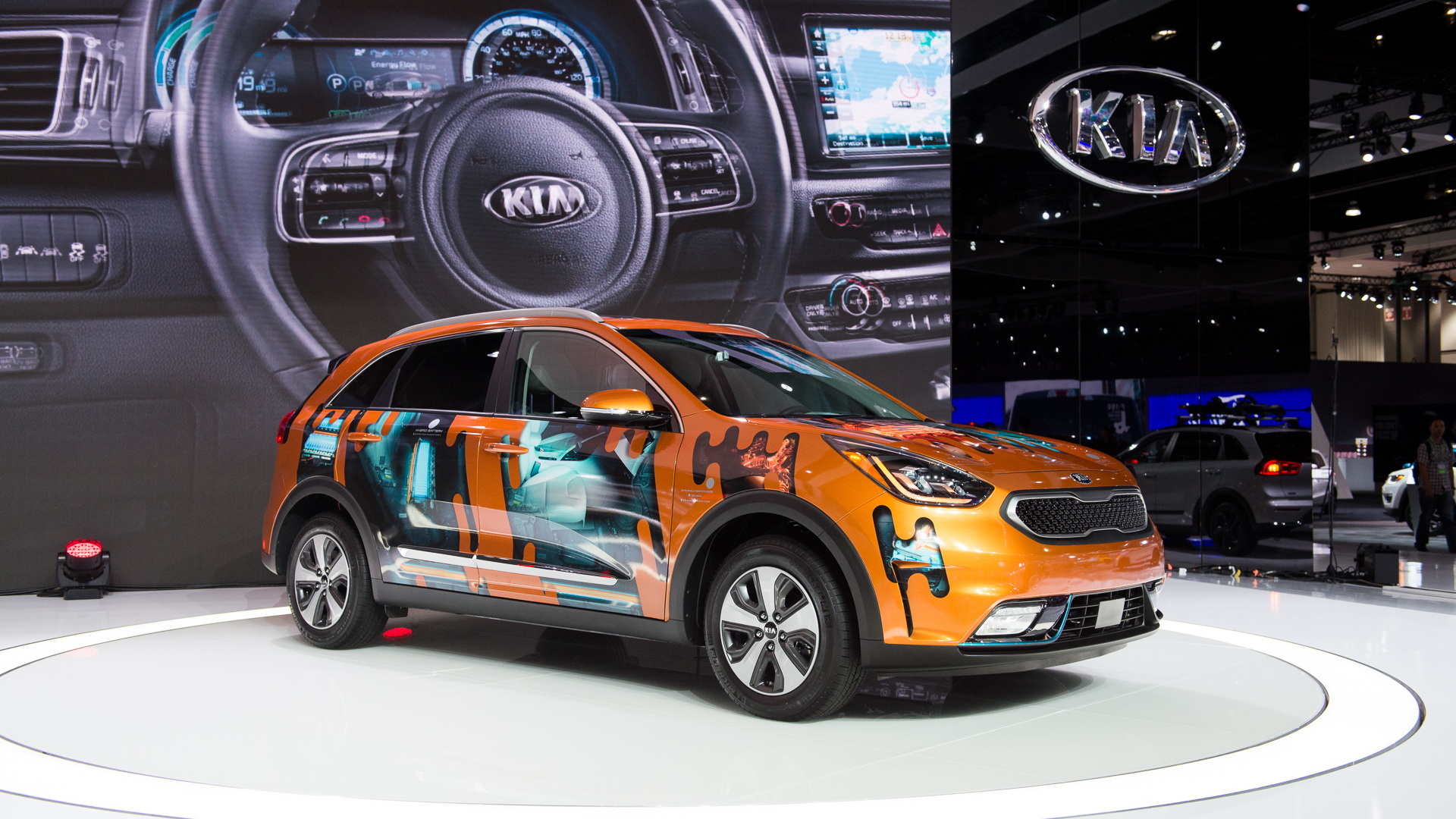 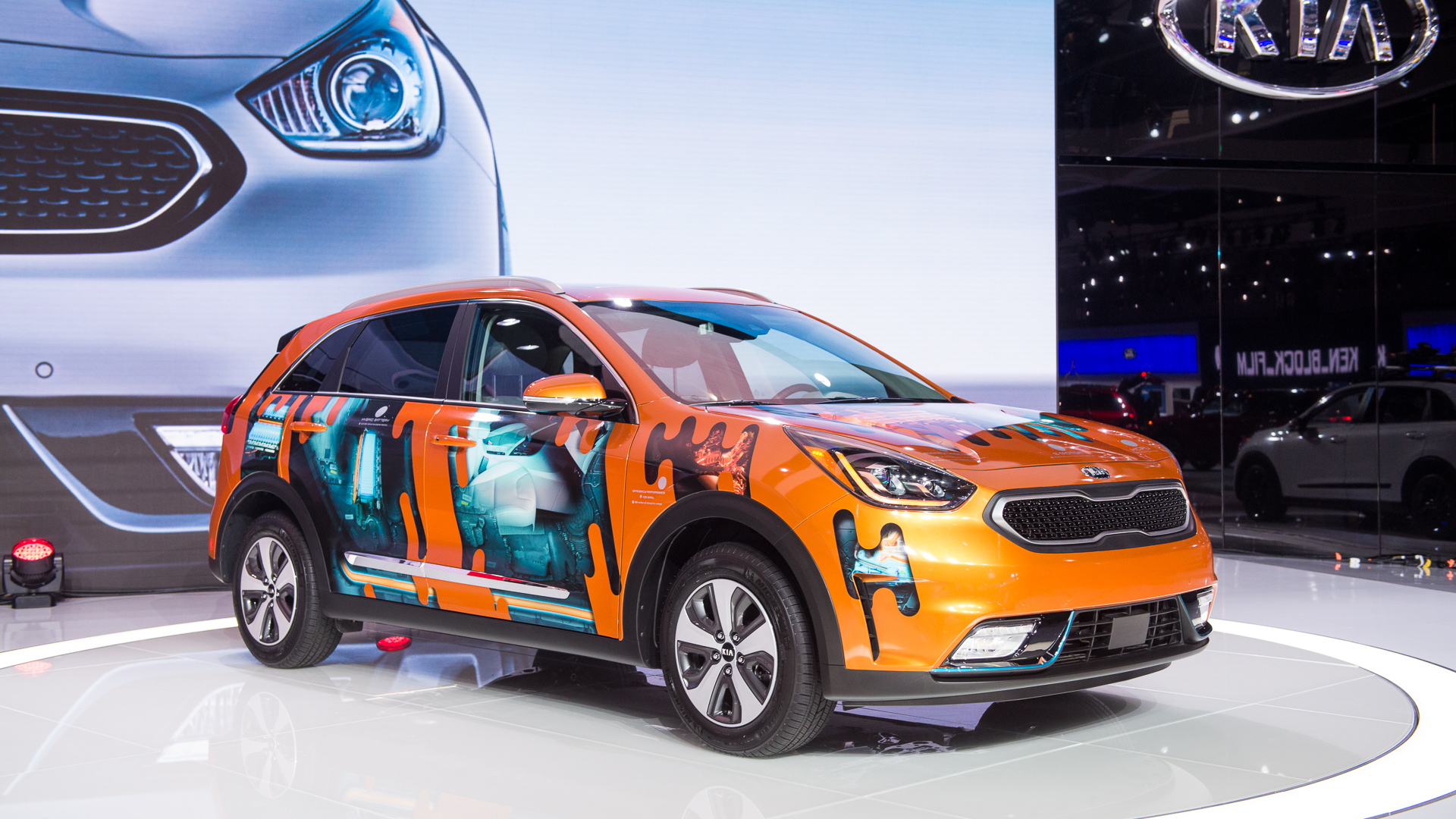 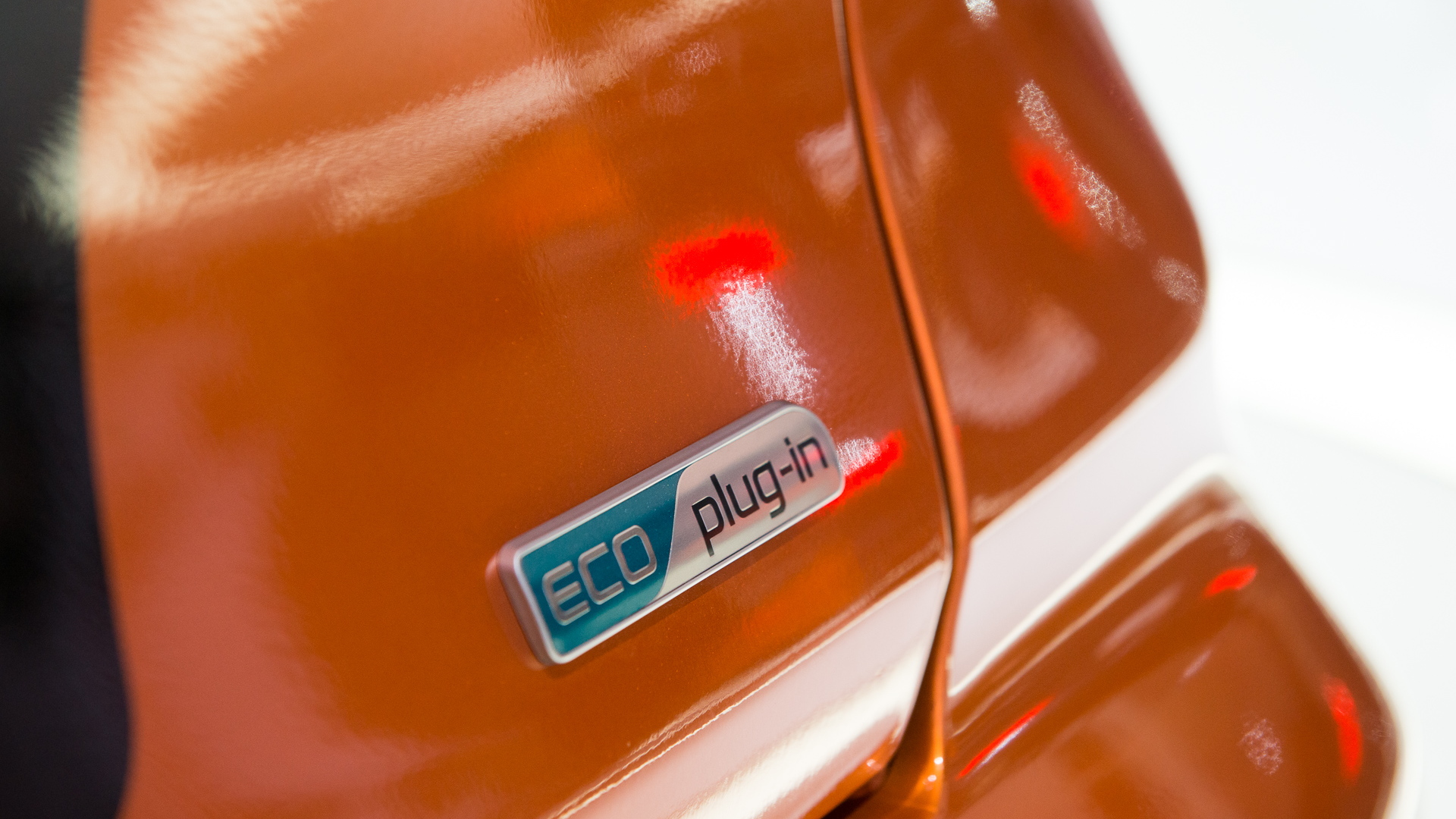 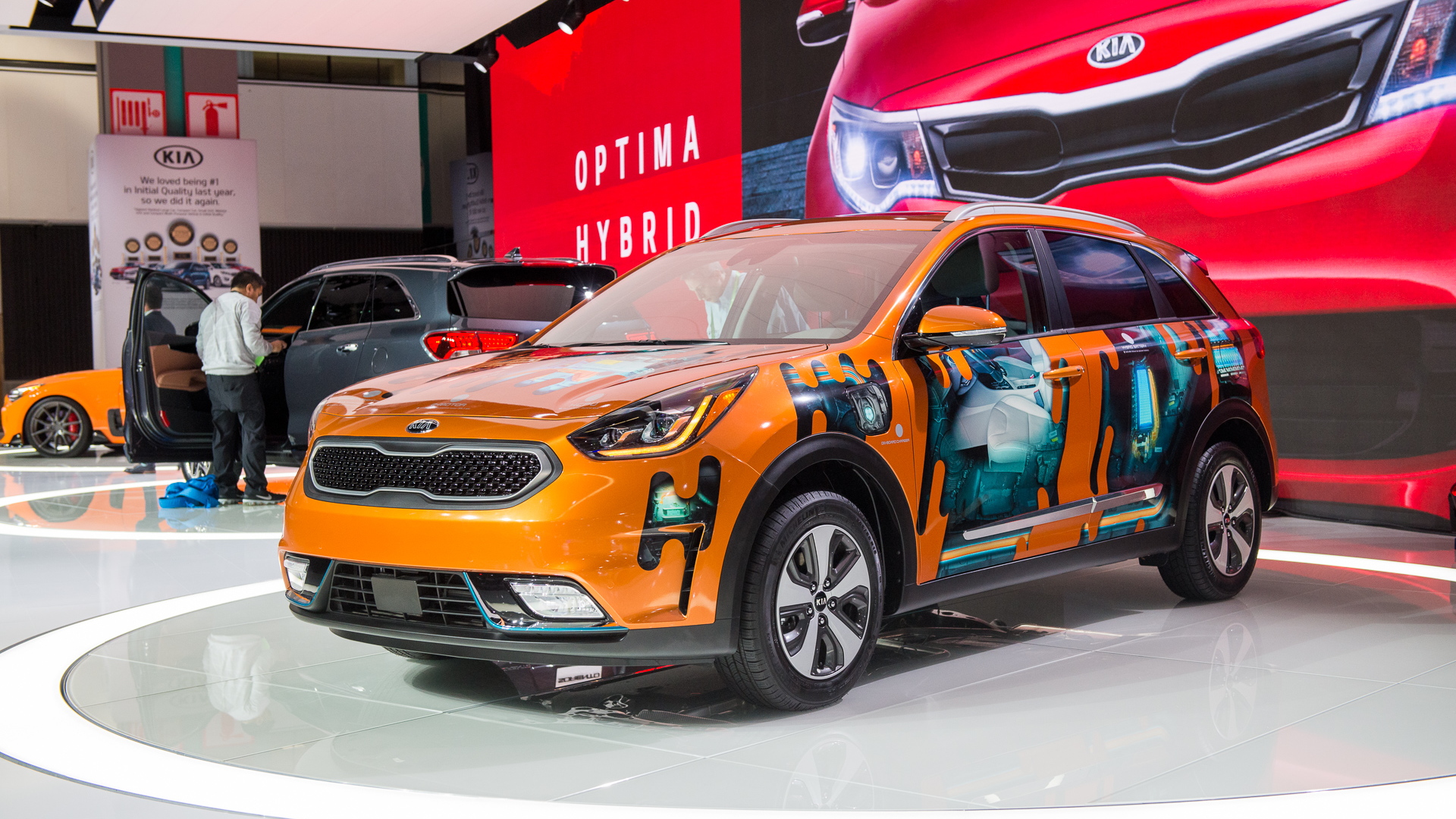 While it shares its underpinnings with the Hyundai Ioniq Plug-In model, the Niro has more of a wagon shape than Hyundai's five-door hatchback—good for European markets where wagons still sell well.

So when will U.S. buyers be able to buy the same car?

The car itself will go on sale in December, possibly even late November, though it likely won't filter into all Kia dealers who've chosen to carry the model until January.

Kia Motors America is still working on pricing, which isn't likely to be released until just before the car goes on sale.

Final EPA ratings for the plug-in Niro's electric range and energy efficiency in MPGe will be released around that time as well.

Miles Per Gallon Equivalent, or MPGe, is a measure of the distance a car can travel electrically on the same amount of energy as contained in 1 gallon of gasoline.

Although specs for the U.S. version haven't been released, they have been for the European version—and the U.S. model will use the same battery pack and drive motor, as will the Ioniq plug-in hybrid as well.

That battery pack, tucked under the cargo area, has a capacity of 8.9 kilowatt-hours, using LG Chem cells with slightly different chemistry than those in the Soul EV to match the electric demands of a plug-in hybrid system.

The plug-in Niro's powertrain is essentially carried over from the conventional Kia Niro hybrid, with a 103-horsepower 1.6-liter 4-cylinder engine and 6-speed dual-clutch automatic-shifting gearbox sandwiching the electric motor.

That motor is rated at 45 kilowatts (60 hp), slightly more powerful than the 32-kw (43-hp) motor used in the regular hybrid.

Charging time should be 3 hours or less using a 240-volt Level 2 station, and somewhere around 8 or 9 hours on standard 120-volt household current.

The conventional Niro hybrid went on sale this past January, and has racked up 20,670 sales as of the end of September.

The plug-in Niro will be a lower-volume model, and while it can be ordered through any U.S. Kia dealer, the company plans to focus the bulk of its promotion and marketing on the states most receptive to plug-in electric cars.

Note, incidentally, that while Kia occasionally calls the Niro a "crossover," it has neither the ground clearance nor the available all-wheel drive that would qualify it as a utility vehicle. It's a wagon.

As with its sibling under the skin, the Hyundai Ioniq, the Kia Niro will also gain a battery-electric version, but not until well after the plug-in hybrid Niro has been launched.

For the moment, that role is filled by the adapted Kia Soul EV, which is rated at 93 miles of range from its 28-kwh battery pack.

The all-electric Niro will use the same 28-kilowatt-hour battery pack and 88-kilowatt (120-horsepower) electric motor driving the front wheels as the Hyundai Ioniq Electric now on sale.

With the Niro being taller and heavier than the Ioniq, the range of a Niro EV might well be lower than the Hyundai's rated 124 miles, however.