How many stories this week did we have that explained crossover utility vehicles are the big thing these days?

This is our look back at the Week In Reverse—right here at Green Car Reports—for the week ending on Friday, October 27, 2017.

We also had a video showing that most people interviewed at random have almost no idea what electricity is or how it works—let alone what they pay for a kilowatt-hour, as we've learned.

On Thursday, we noted that an Oklahoma court ruled that added fees just on those cars were instituted in a way that was unconstitutional.

On the other hand, that state's former attorney general—who now runs the EPA—will axe an emissions rule that the trucking industry supports, except for one specific type of maker. (Guess who won.)

Wednesday, press days at the Tokyo Motor Show opened, and electric SUVs seemed to be a theme. One was the Nissan IMx electric crossover utility concept, which previews a new electric-car platform and signals an upcoming product.

Another was the Mitsubishi e-Evolution crossover utility, which was big, brash, and noticeable to say the least.

On Tuesday, we detailed how regulators have approved modifications to certain VW Group 3.0-liter V-6 TDI diesel engines used in Audi, Porsche, and Volkswagen vehicles—but only some of them. 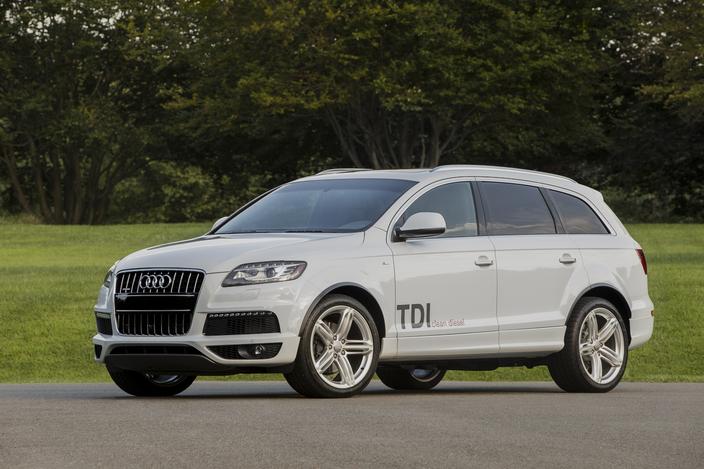 We also asked a question: Which carmaker sold 10,000 cars with plugs last month alone? Hint: It wasn't Tesla. Or Nissan. Or Chevrolet.

We kicked off the week on Monday by highlighting that Arizona became the eighth western state to join in planning and launching a fast-charging network along the highways that link them.

Over the weekend, we detailed how luxury launches are bringing electric propulsion into waterways.

Meanwhile, companies that feel threatened sometimes attack, and VW Group executives have gone after Tesla of late, including questioning its social conscience.

That's an interesting suggestion from executives of a company that paid more than $25 billion—thus far—for deliberately lying to multiple national governments around the world over its diesel emission scandal, with more potentially to come.