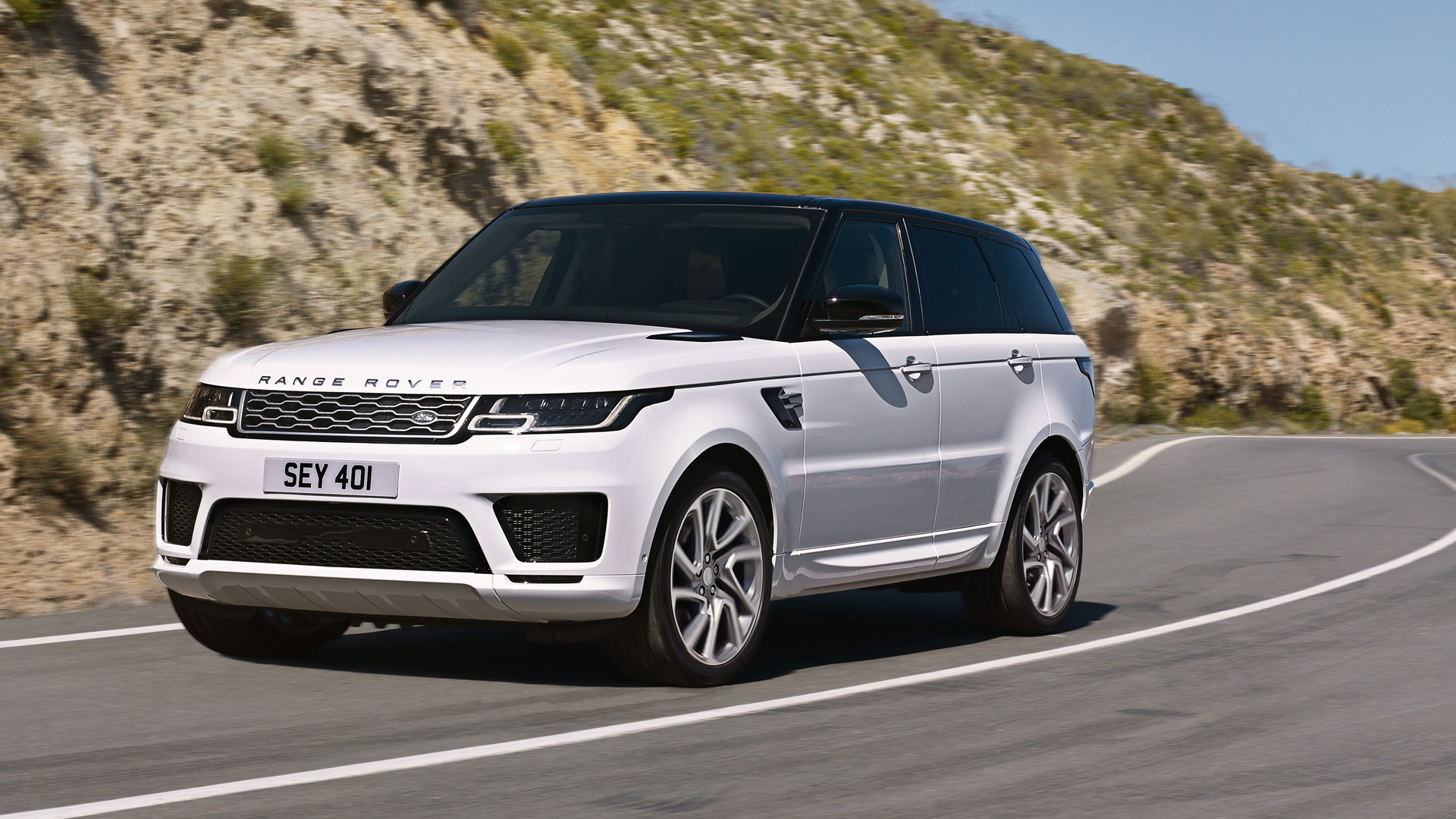 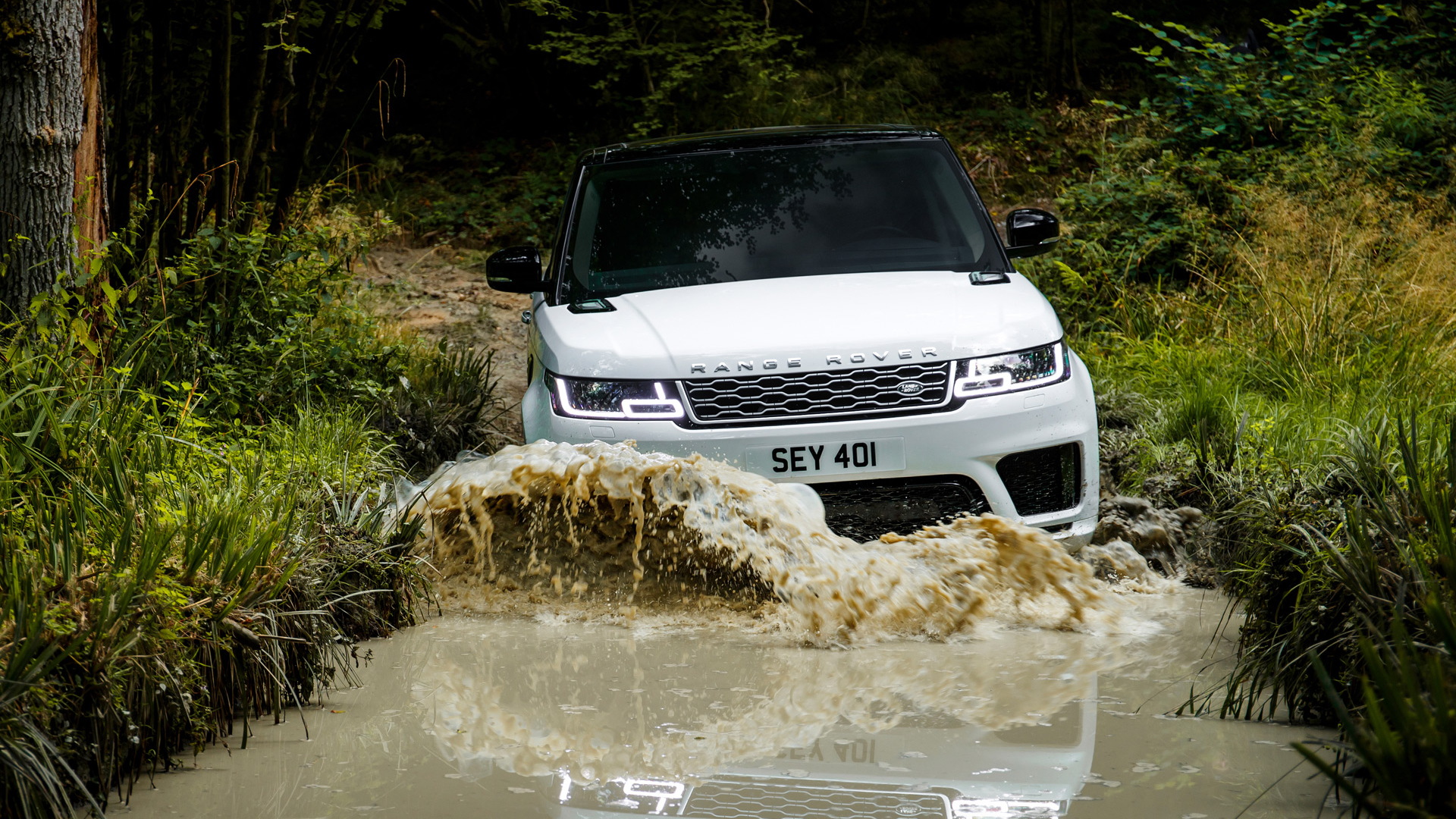 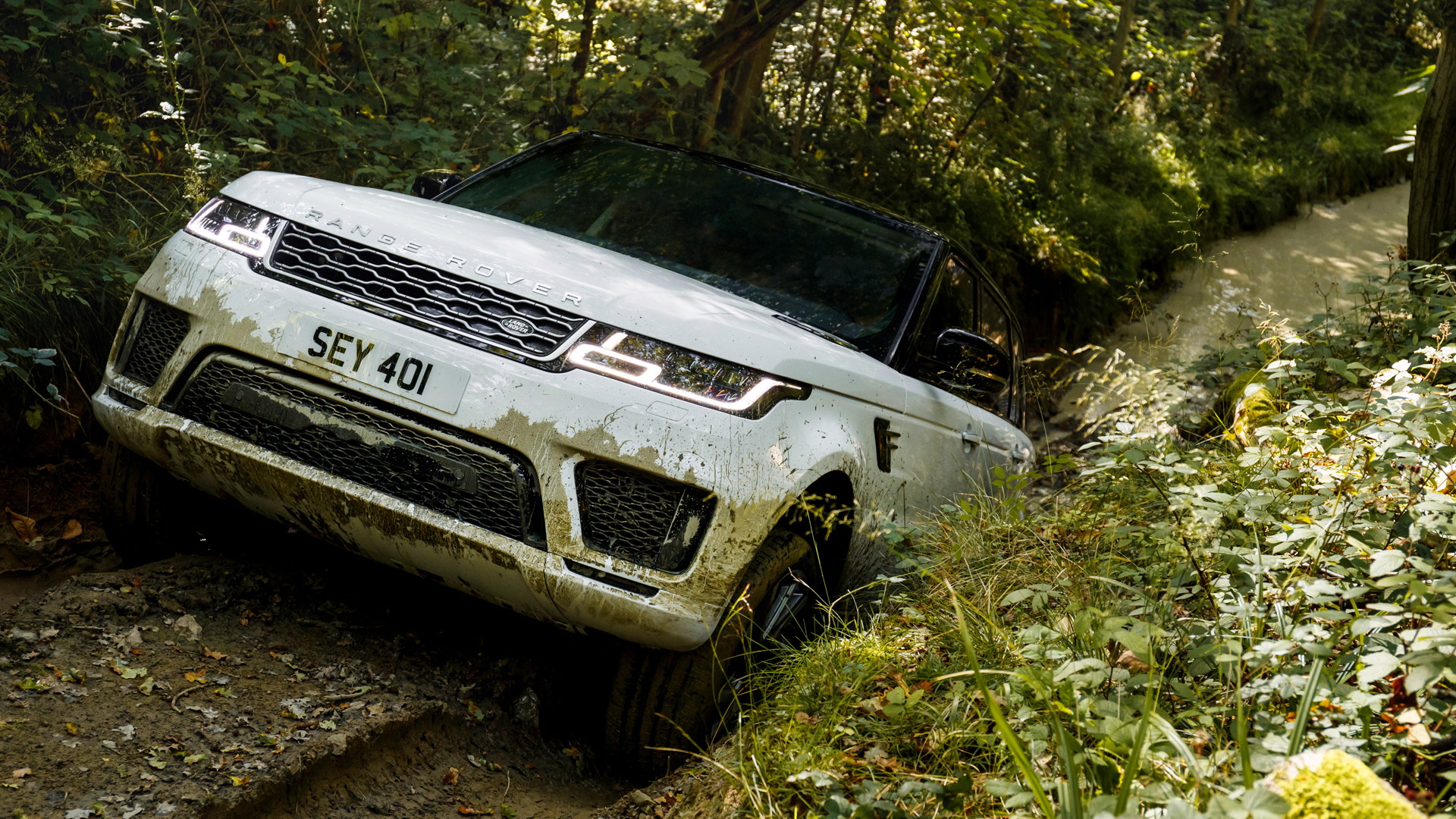 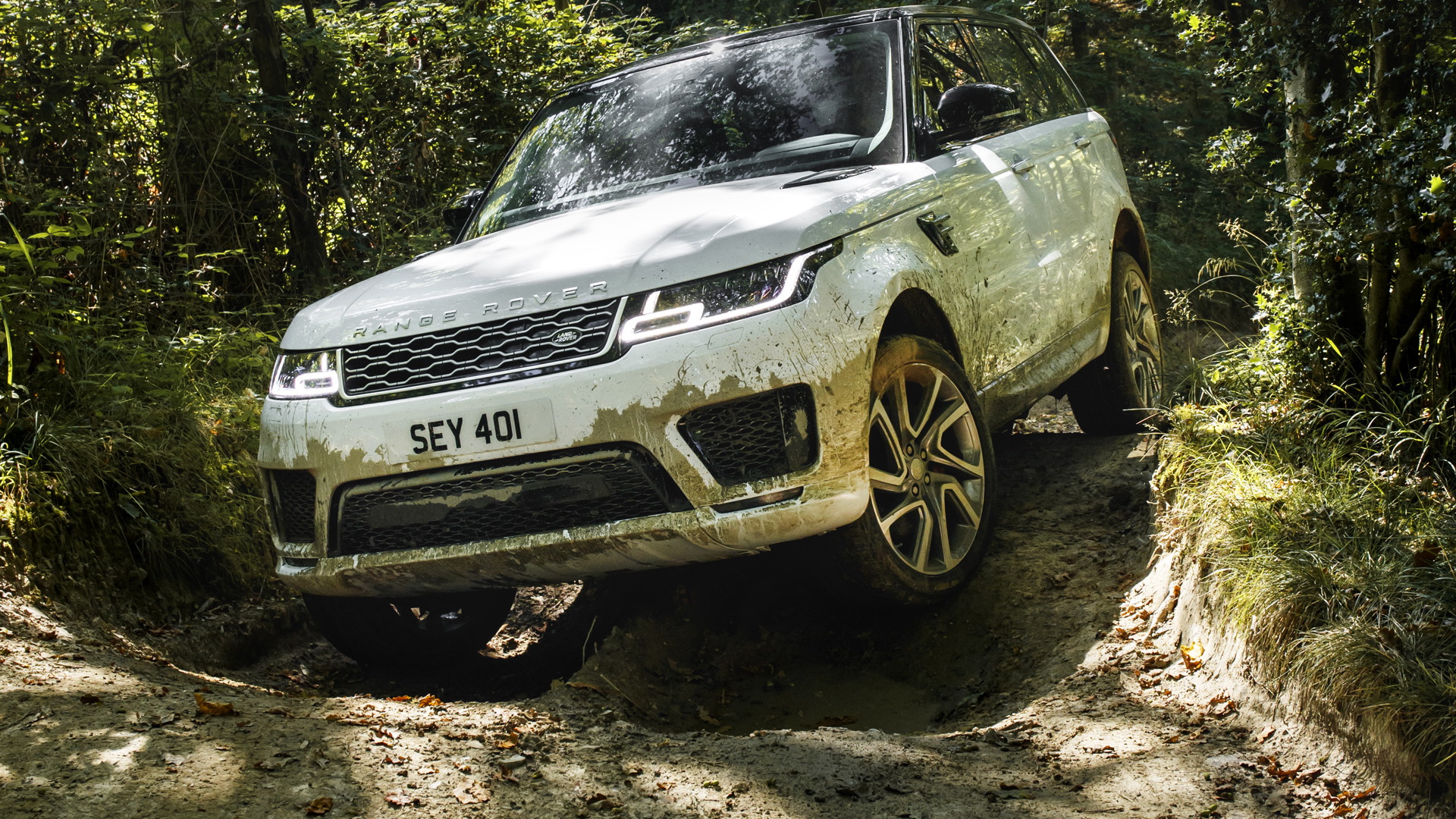 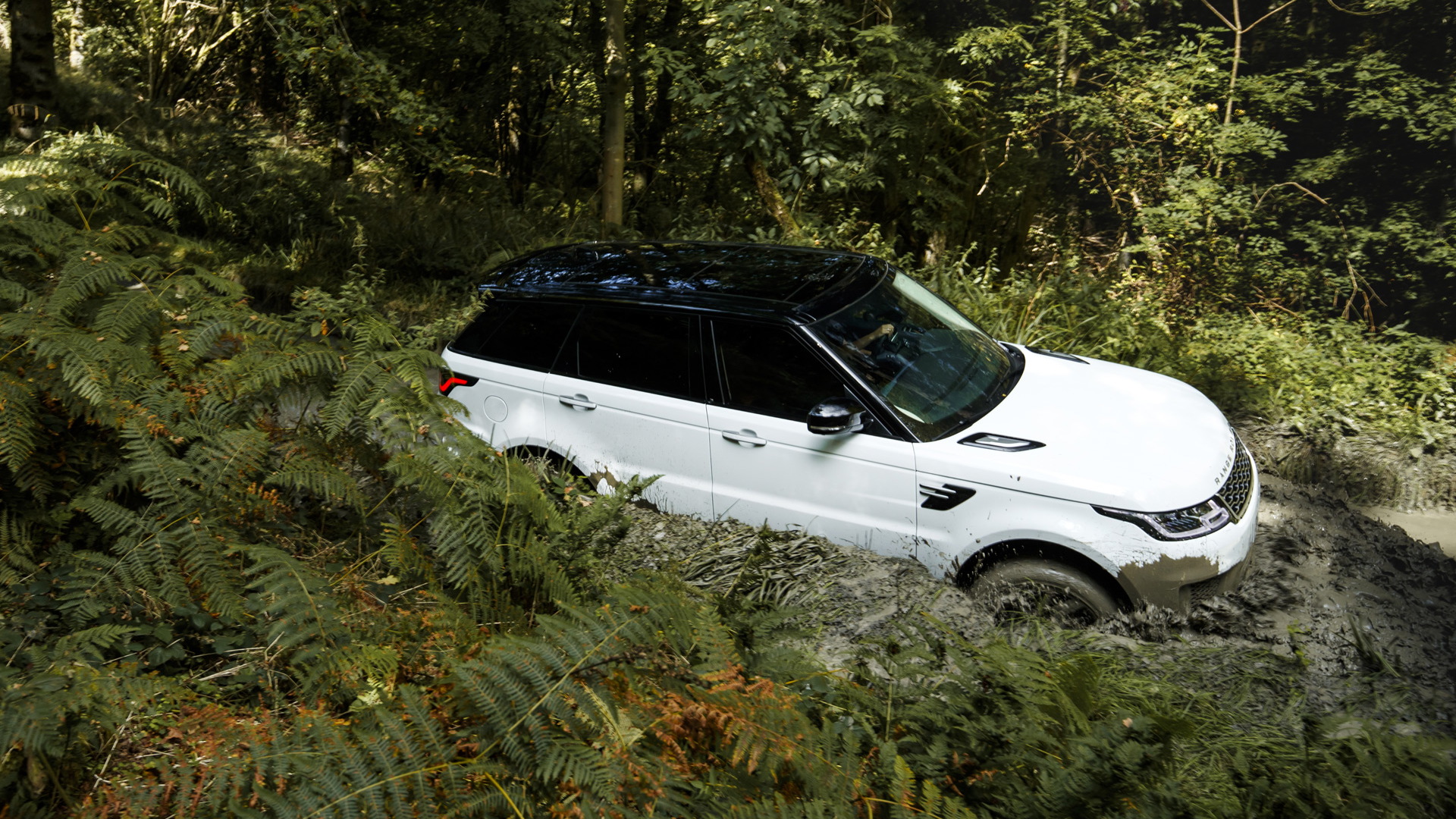 A 2019 Land Rover Range Rover Sport plug-in hybrid model will both go on sale in the United States in the summer of 2018, likely followed by a similar powertrain in the larger Range Rover model.

However, the two plug-in SUVs will be global vehicles and differ from the current Range Rover hybrid offered in Europe; early Range Rover hybrids and plug-in hybrid powertrains were paired with diesel engines.

The hybrids heading to the U.S. will use the automaker’s own 2.0-liter inline-4 cylinder engine, rated at 269 horsepower, with an 85-kilowatt (114-hp) electric motor sandwiched between the engine and an 8-speed automatic transmission powering a permanent four-wheel-drive system.

Total combined power between the two is 398 hp, with torque quoted at a substantial 472 pound-feet. Acceleration from 0 to 60 mph is given as 6.3 seconds, with a top speed of 137 mph.

The 13.1-kilowatt-hour lithium-ion battery pack is mounted below the load-bay floor. JLR estimates that the Range Rover Sport P400e plug-in hybrid will deliver up to 31 miles of all-electric range, though EPA ratings have not been released.

A 7-kw onboard charger mounted alongside the transmission is reached via a charging port hidden behind the Land Rover badge on the grille's right-hand side.

READ THIS: 2017 Audi Q7 e-Tron Plug-In Hybrid Will Be Gasoline, Not Diesel, For U.S. And China

A driver can also select a "Save" function that conserves remaining battery charge for later use, and a predictive energy optimization function that maximizes energy efficiency by factoring altitude data into a selected navigation route.

Land Rover has updated its Terrain Response power-delivery system to factor in torque delivered to all four wheels by the electric motor, which it notes has no idle creep.

“The introduction of our advanced plug-in hybrid powertrain,"  said Nick Collins, JLR's vehicle line director, "is a watershed moment in the history of our performance SUV.”

The genesis of the company's first plug-in hybrid dates all the way back to 2011, when Land Rover showed the Range_e Hybrid Concept—which it said previewed a plug-in hybrid to come.

One year later, Land Rover confirmed its intention to bring a plug-in hybrid Range Rover to market, after 2015 but before 2020.

Part of the delay may have been due to the decision to replace the diesel engine used in its conventional hybrids in Europe with a gasoline inline-4 for plug-in hybrids sold in North America.

Following Volkswagen's diesel scandal, Audi too has made that change for plug-in vehicles in North America.

Those include the Audi Q7 e-tron 3.0 TDI Quattro, which we drove two years ago in its European diesel-engine form.

The Range Rover Sport plug-in hybrid is only the first step for the brand's electrification plans: Last month, Jaguar Land Rover announced it would electrify every new vehicle in some way after the 2019 model year.

The electrification announcement does not necessarily mean all new products will be solely electric: Expect to see a combination of mild-hybrid systems and more plug-in vehicles from Jaguar, Land Rover, and Range Rover.

[EDITOR'S NOTE: This article was originally published on September 18, 2017; it has been updated to reflect details released by JLR in early October.]