The notion electric cars will become a standard transportation option is slowly being accepted across multiple industries.

It hasn't penetrated quite as much in the motorhome world, but now a German company has shown its interpretation of what the future of plug-in motor homes could be.

It's called the Dethleffs e.home concept and it envisions a fossil-free future for motor homes, backed up by solar power.

The German company has installed 334 square feet of solar panels to generate electricity and help provide power to its electric powertrain.

The all-electric motor home uses an 80-kilowatt (107-horsepower) electric motor that could be paired to a few different battery options, according to the company.

The highest possible range envisioned is 174 miles, though that's rated on the more generous New European Driving Cycle; a comparable EPA rating might be closer to 140 miles. 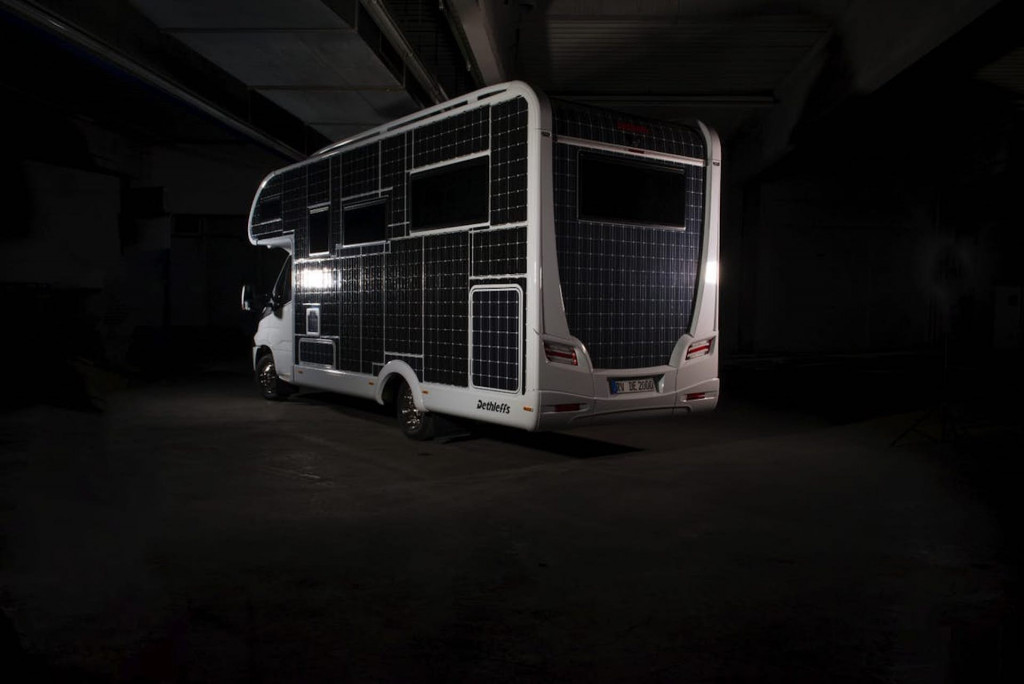 Additionally, the figure represents the vehicle's non-camper trim, which means it's hauling less weight; Dethleffs says 103 miles is likely when outfitted as a full camper van.

In total, the battery pack is good for roughly 1,500 charges, which pegs it to last around 155,000 miles before a replacement is deemed necessary.

The solar panels are capable of providing 3 kilowatts of electricity for supplementary battery charging on top of plugging it in manually.

Dethleffs has looked at other areas to keep the electric motor home as efficient as possible.

Phase-change materials are present to absorb heat and release it when temperatures rise and fall throughout the day.

Infrared heating panels in the floor, walls, and even the furniture also help heat the cabin as a second efficient heat source—the panels don't actually heat the air in the cabin, but they will feel less cold for occupants. 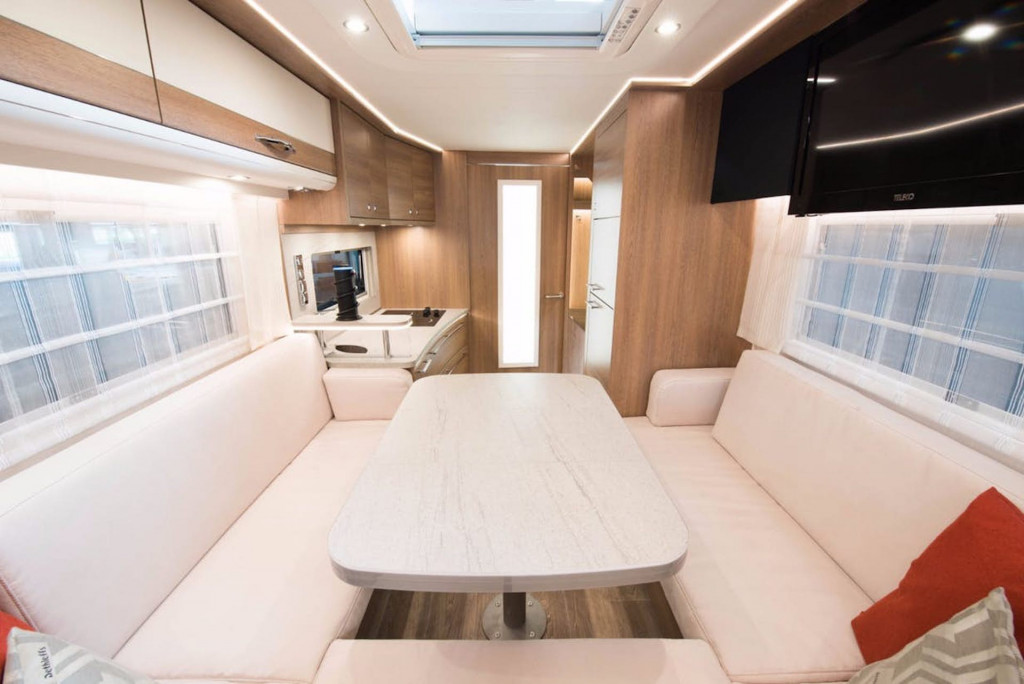 Aside from its all-electric powertrain, the Dethleffs e.home also features a Mobileye monitoring system to provide "driver assistance" and its "CampConnect" smartphone app brings control to the e.home even at a distance.

CHECK OUT: Volkswagen to build ID Buzz electric Microbus, cargo vans too, on sale in 2022

We believe the correct term for this all-electric motor home may be "glamour camping," or "glamping."

Dethleffs hasn't discussed potential production, but the e.home will be on display during the Düsseldorf Caravan Salon this weekend.