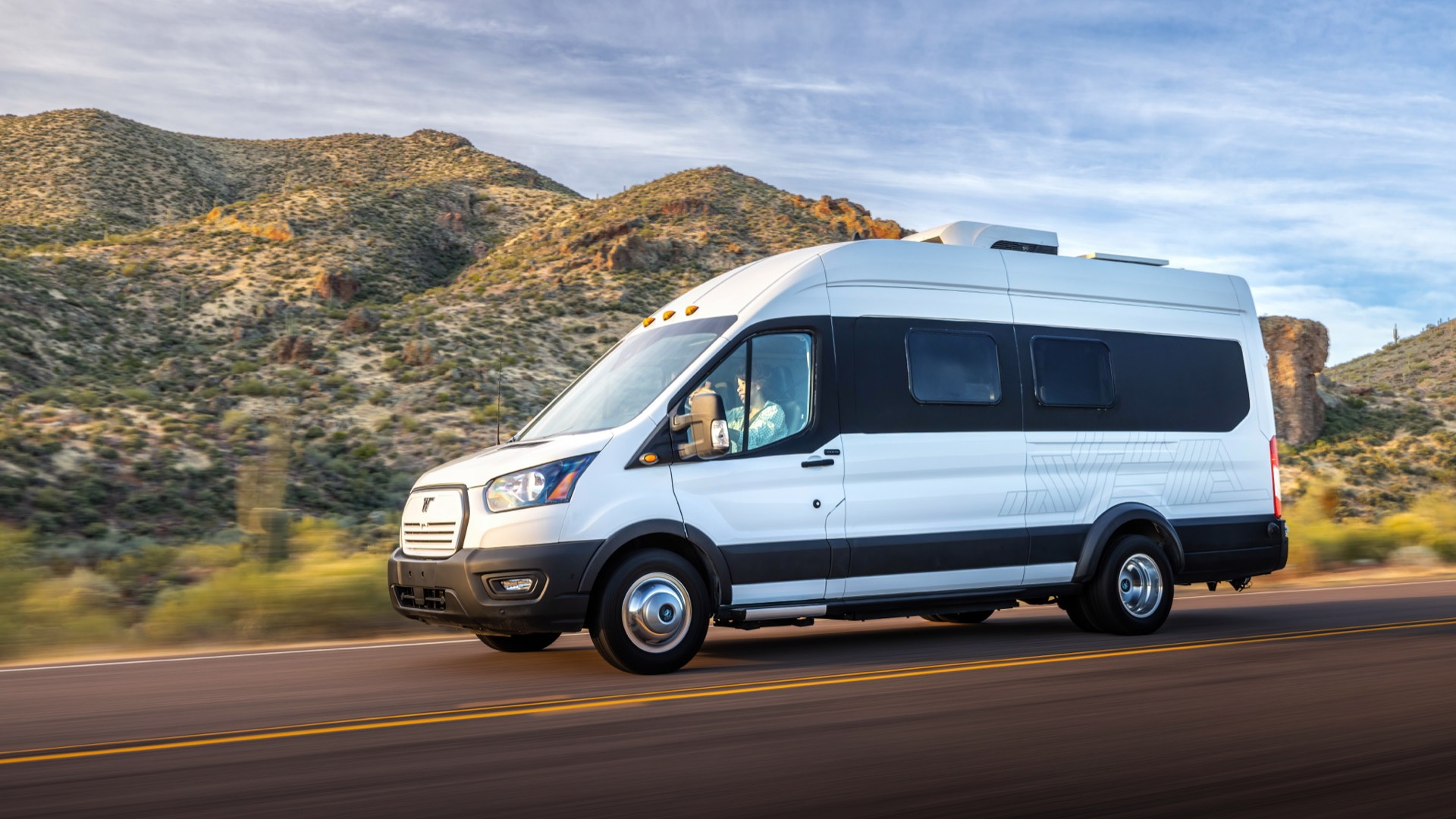 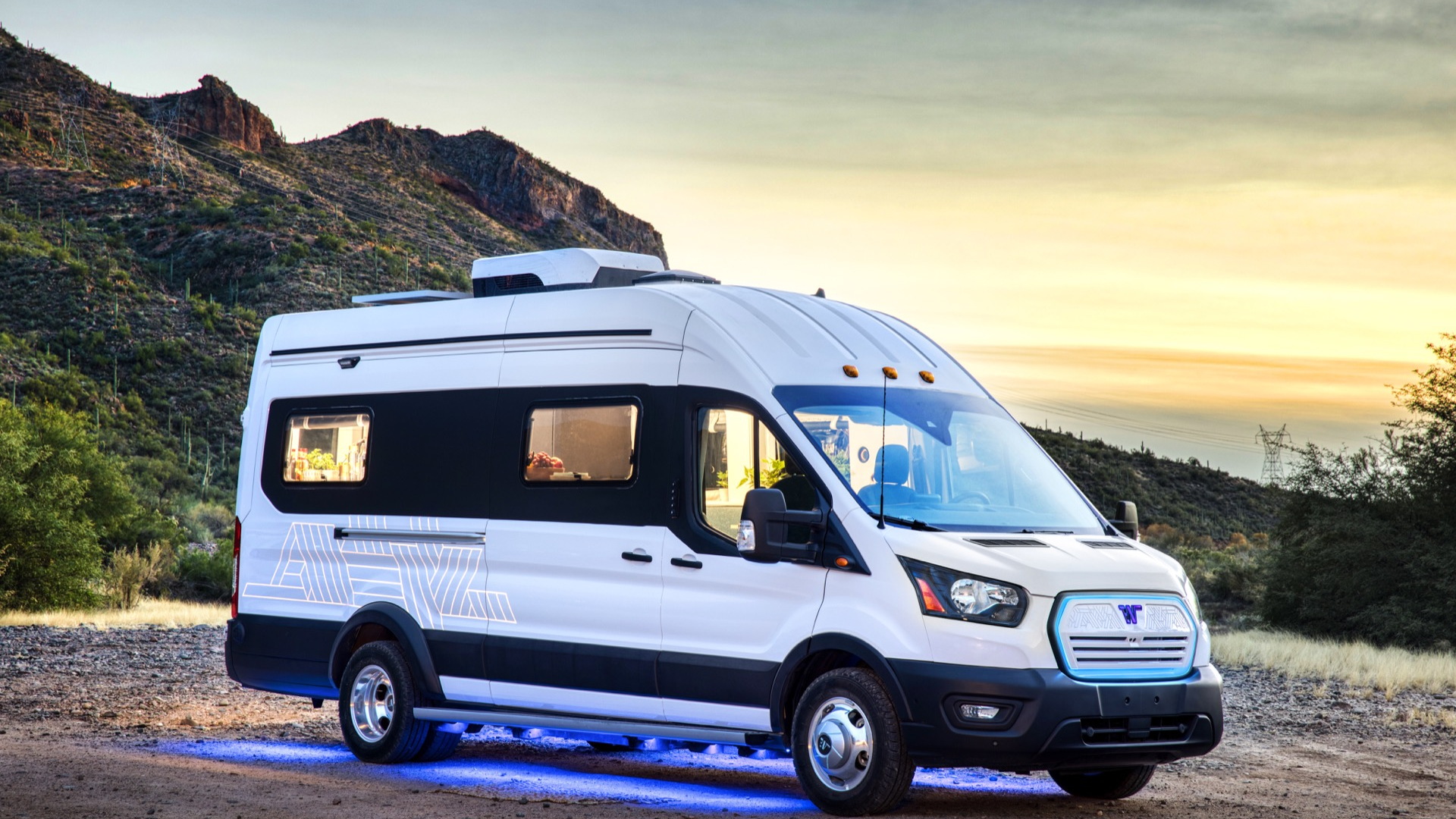 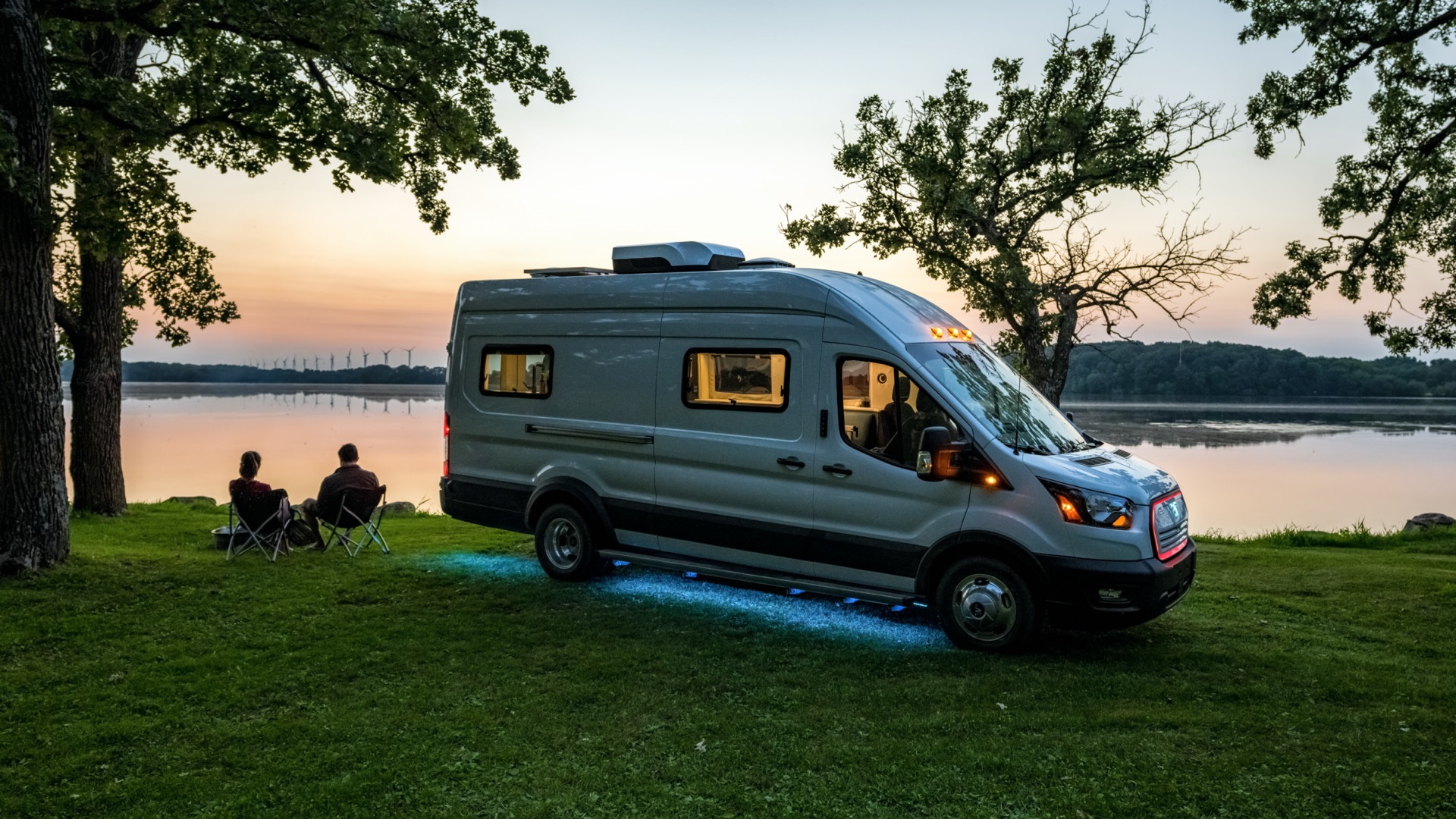 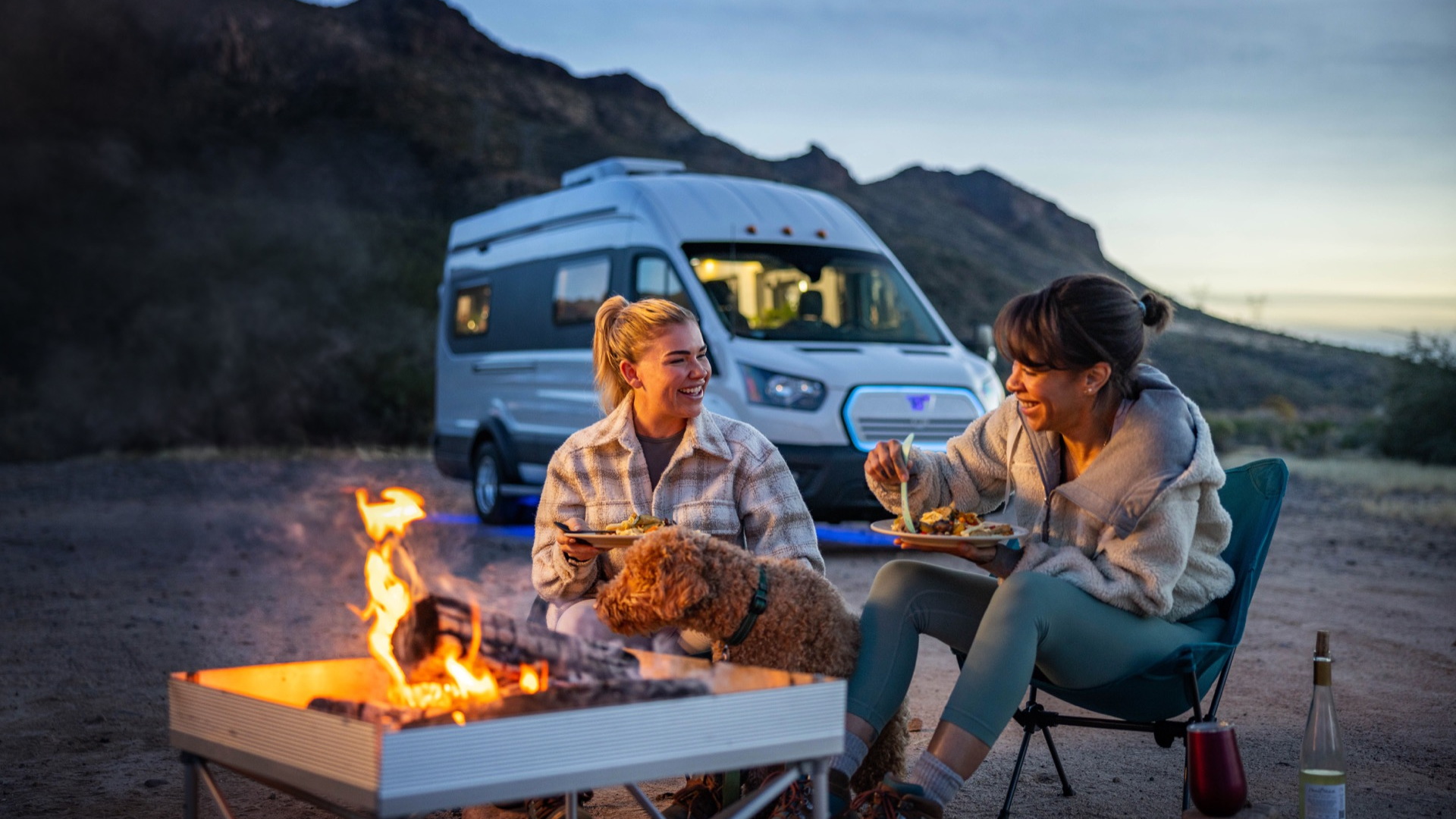 Two concept vehicles unveiled at this week's 2022 Florida RV SuperShow hint at a future for the industry that doesn't involve gasoline or diesel.

The Winnebago e-RV concept is based on a Ford Transit van. But instead of the factory-built E-Transit, which hasn't started deliveries yet, Winnebago used a standard Transit with an electric powertrain conversion from Colorado-based Lightning eMotors.

In addition to propulsion, the e-RV relies on battery power for onboard appliances and accessories. including 350-volt DC power for the water heater and a roof-mounted air conditioner (with heat pump), and 110-volt AC power for an induction cooktop and refrigerator. The latter can also run on 12-volt DC power when needed, according to a Winnebago press release.

An 86-kwh battery pack will provide 125 miles of range when powering on-board equipment, according to Winnebago. The company said it's expecting battery advances to improve range, however, and claims the e-RV will meet the needs of 54% of RV buyers, who prefer trips under 200 miles.

Winnebago has been dabbling in electric RVs for some time, announcing a larger Class A motorhome in 2018, and investing $60 million in Motiv, a medium-duty truck electrifier, in 2019.

Thor Industries also used a Transit as the basis for its Vision Vehicle concept. But it also included a fuel cell and solar roof, allowing for 300 miles of range or the ability to run onboard equipment for up to seven days, the company claims. This concept also has a low-flow shower and faucets to conserve water.

Thor Industries also included more tech, such as a 5G connection, voice recognition, and a bevy of touchscreens. The company is also the parent of Airstream, and unveiled an electrified Airstream trailer concept at the same show.

Other companies have shown electrified motorhome concepts as well. In 2009, Freightliner unveiled a hybrid RV chassis. The company has since moved on to developing all-electric commercial trucks, but hasn't discussed an electric RV. In 2017, a German company called Dethleffs unveiled an all-electric RV assisted by solar panels on nearly every external surface.