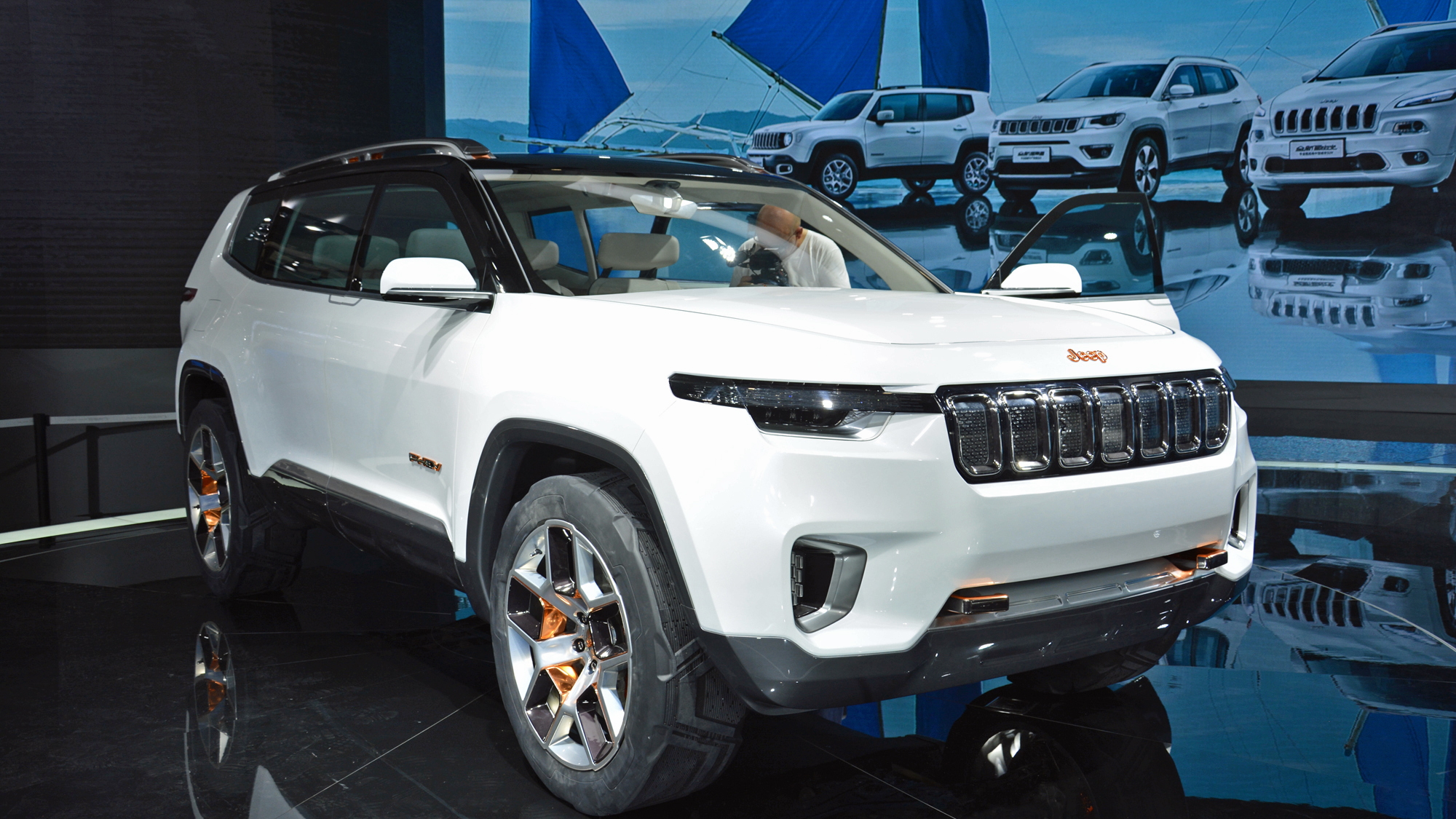 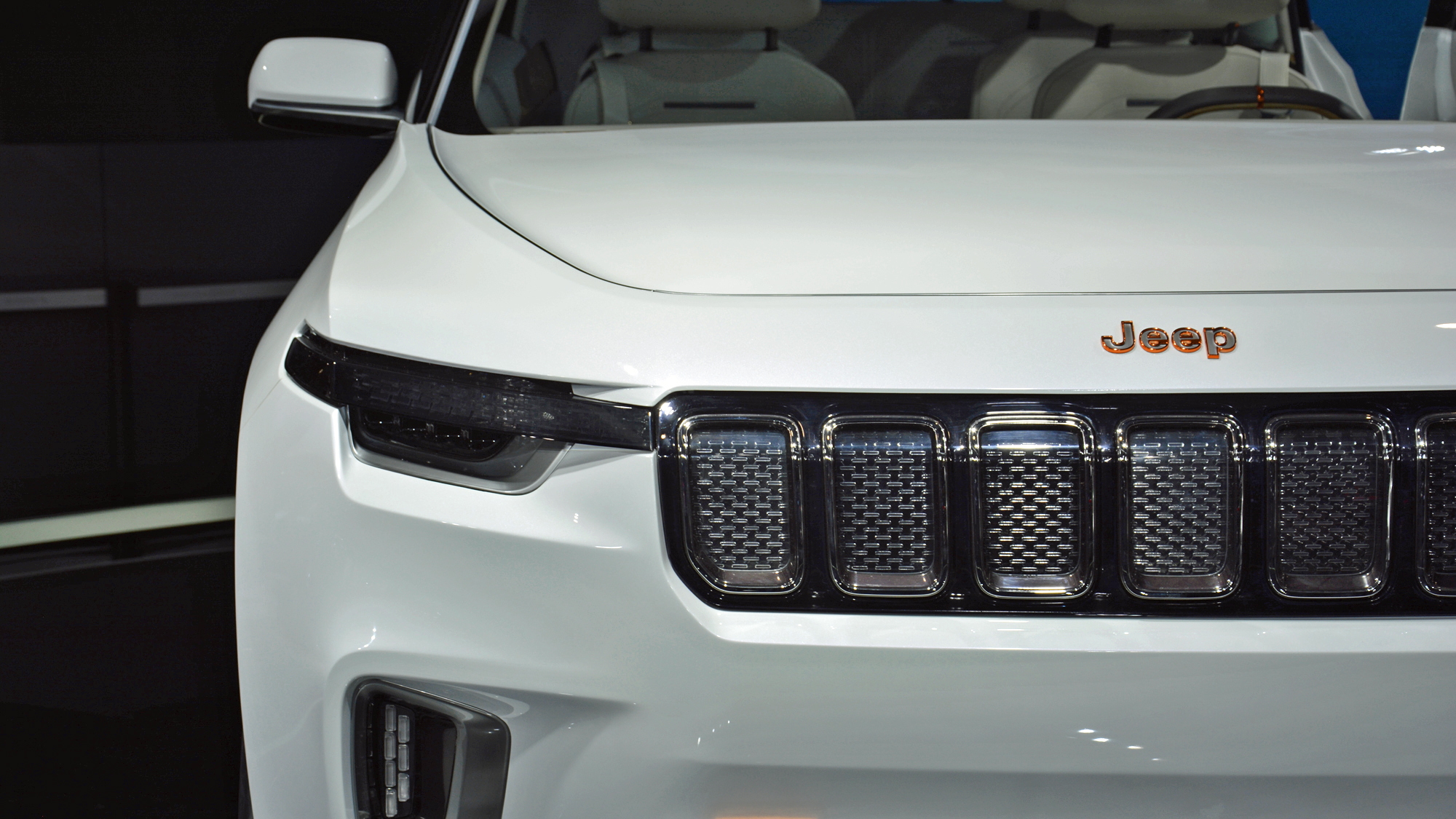 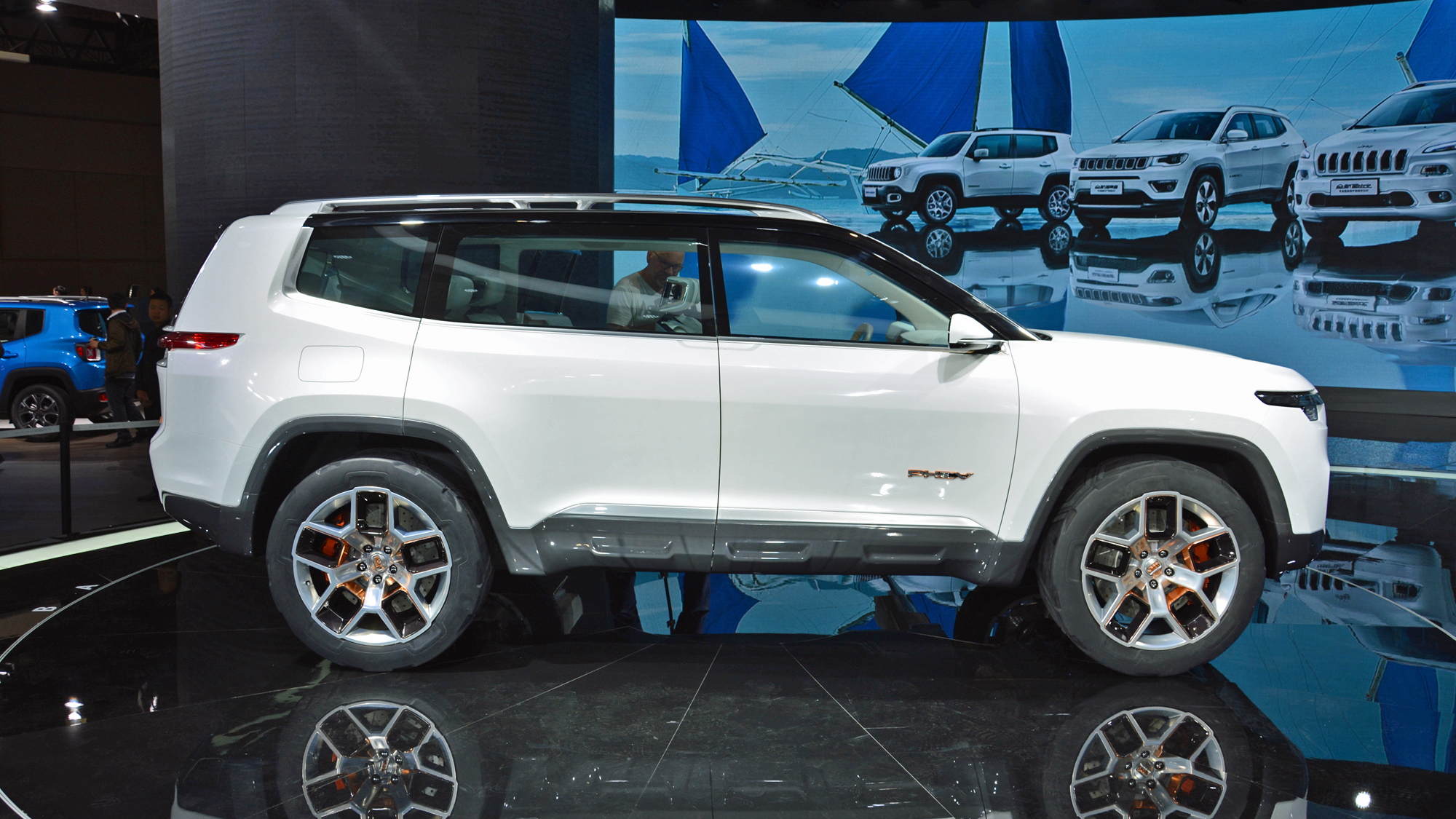 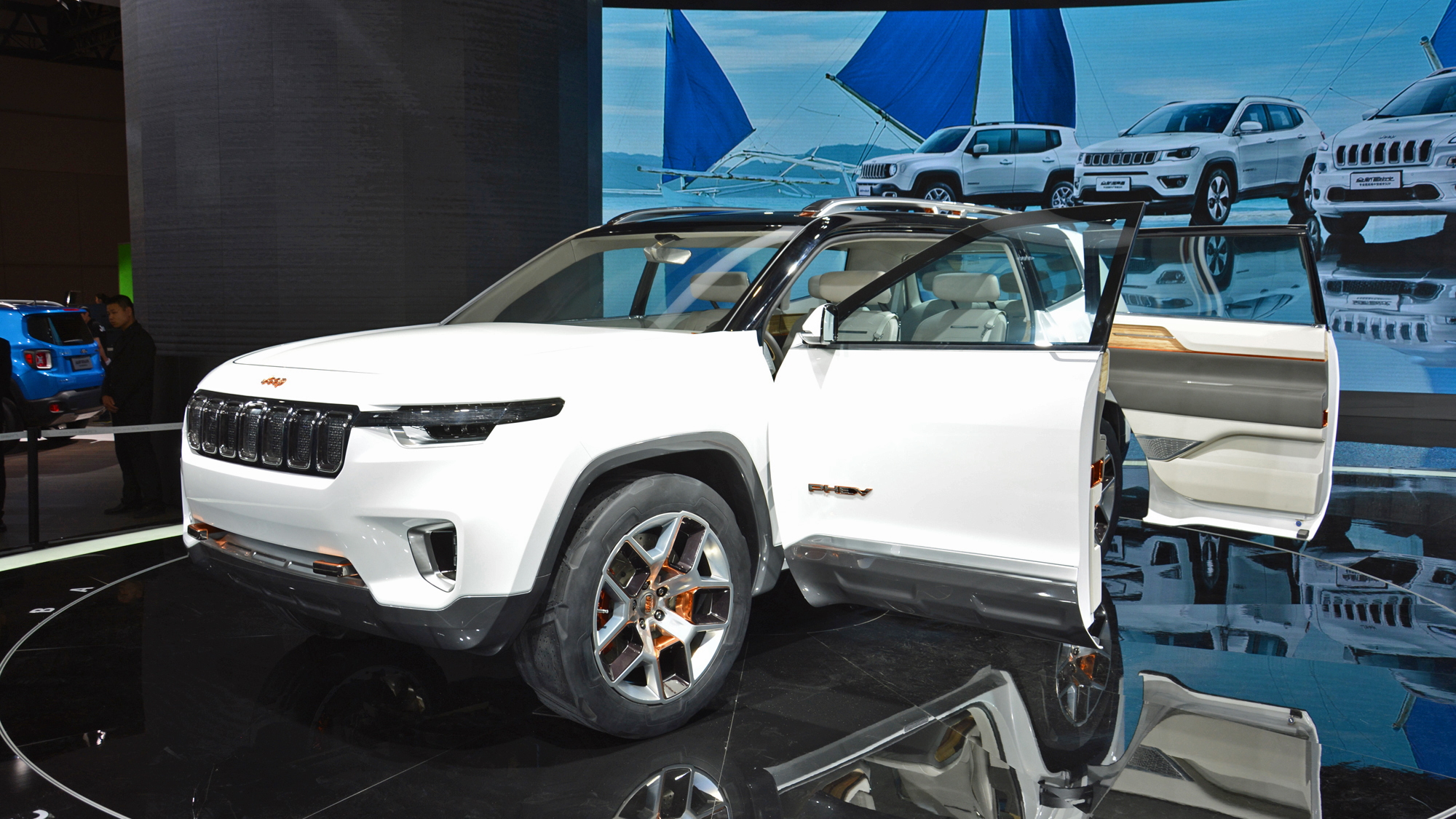 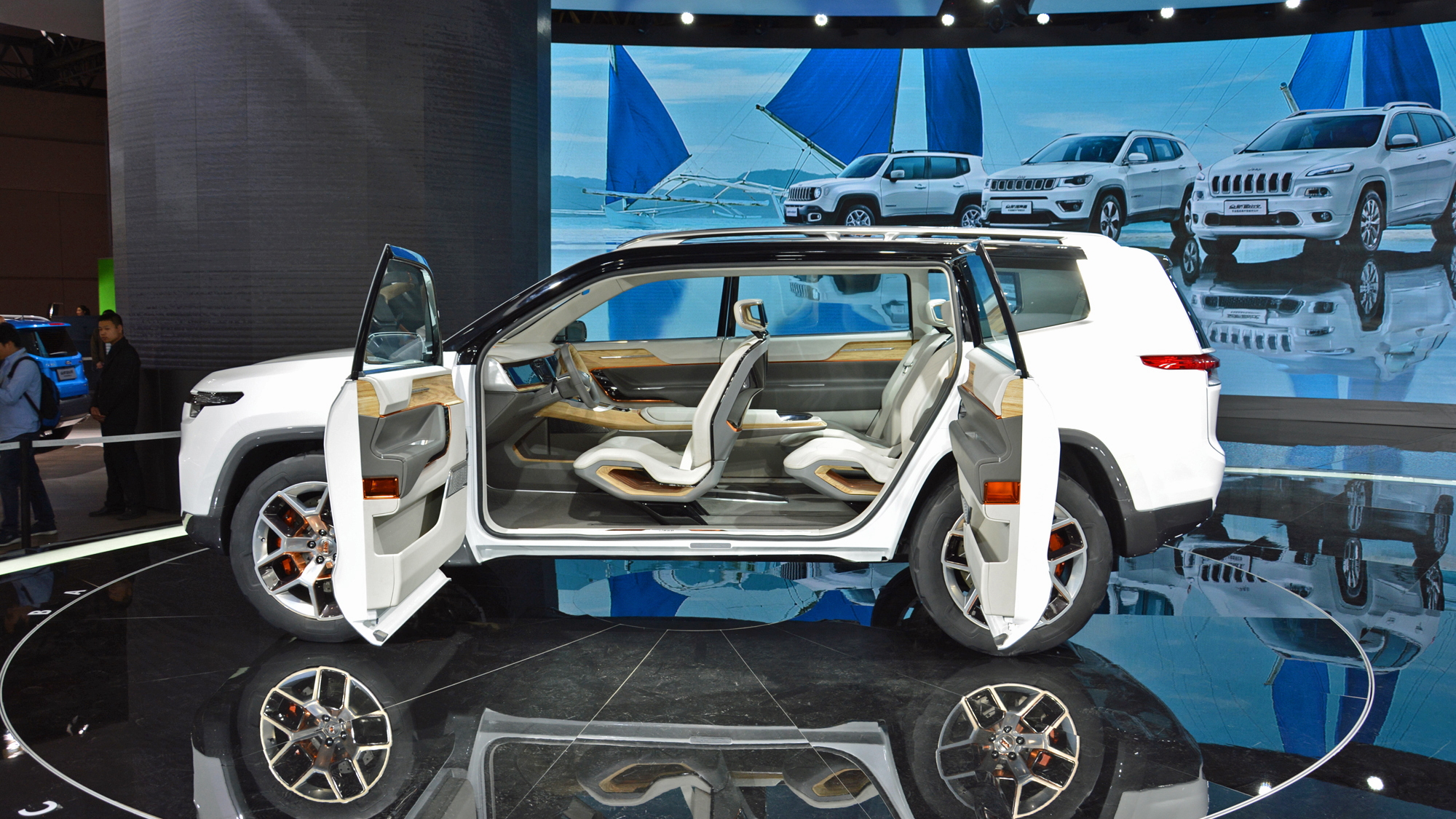 The Jeep Yunto Concept made its debut Wednesday at the Shanghai auto show, and it appears to be a plug-in hybrid.

The automaker has been tight-lipped about the concept's drivetrain, but the vehicle on display in China clearly shows "PHEV" badges on the front doors.

No surprise there, as the Chinese government is currently pushing alternative fuel vehicles in a bid to reduce fuel consumption and emissions while also tackling the country's air pollution problem.

Jeep hasn't said if or when the Yunto will yield a production model, but if it does show up at Chinese dealers, the plug-in hybrid would be the first of its kind there for the brand.

While the concept retains many of the design cues that have made Jeep a global icon—including the vertical, seven-slat grille and wide footprint—there are plenty of elements that indicate this concept has more interest in the future than in the brand's past.

LED headlamps, an open, airy cabin, and an interior that seems heavily influenced by Scandinavian design all indicate the concept design is something new for Jeep.

Motor 1 reports that a production version of the Yunto would likely only be for the Chinese market, though a Chrysler version might show up in the U.S. at some point down the line.

That would be a welcome addition to either brand's lineup, as the company's sole plug-in hybrid in the U.S. is the Chrysler Pacifica Hybrid minivan, now just entering the market.

A three-row Jeep plug-in hybrid would fit well with the company's current portfolio, offering customers the rugged aesthetic they've come to appreciate while improving fuel economy at the same time.

Analysts have speculated that plug-in versions of both the Yunto and any Chrysler derivative would likely be powered by some version of the Pacifica Hybrid's driveline.

That marries the company's ubiquitous 3.6-liter V-6 to a pair of electric motors, powered by a 16-kilowatt-hour lithium-ion battery pack that sits in the well otherwise used for the minivan's trademark Stow'n'Go folding second-row seat.

Should the Yunto make it to market, it would find itself competing with well-established players, including three-row crossovers that include the Chevrolet Traverse, Ford Explorer, Nissan Pathfinder, Subaru Ascent, Toyota Highlander, and Volkswagen Atlas.