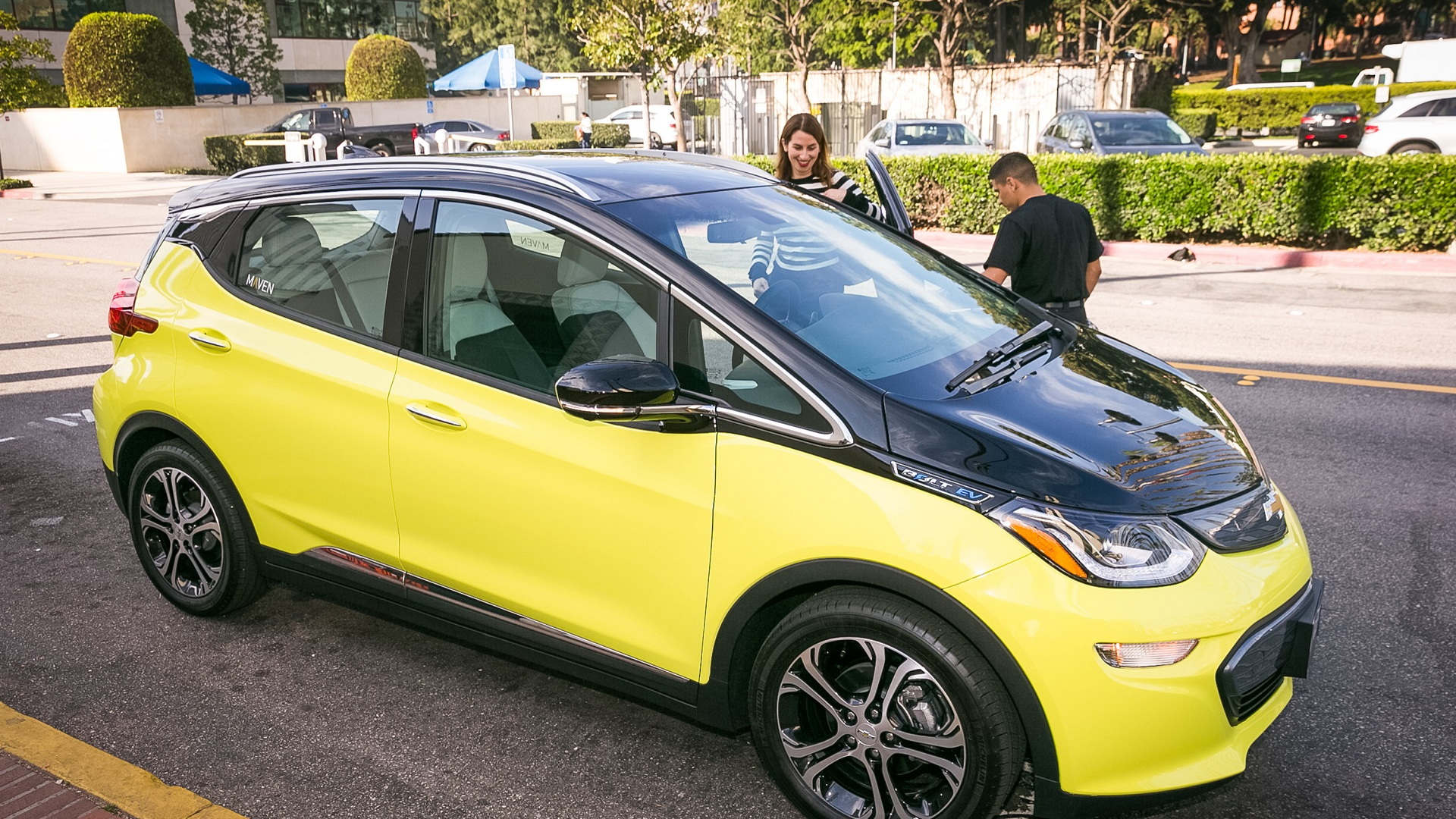 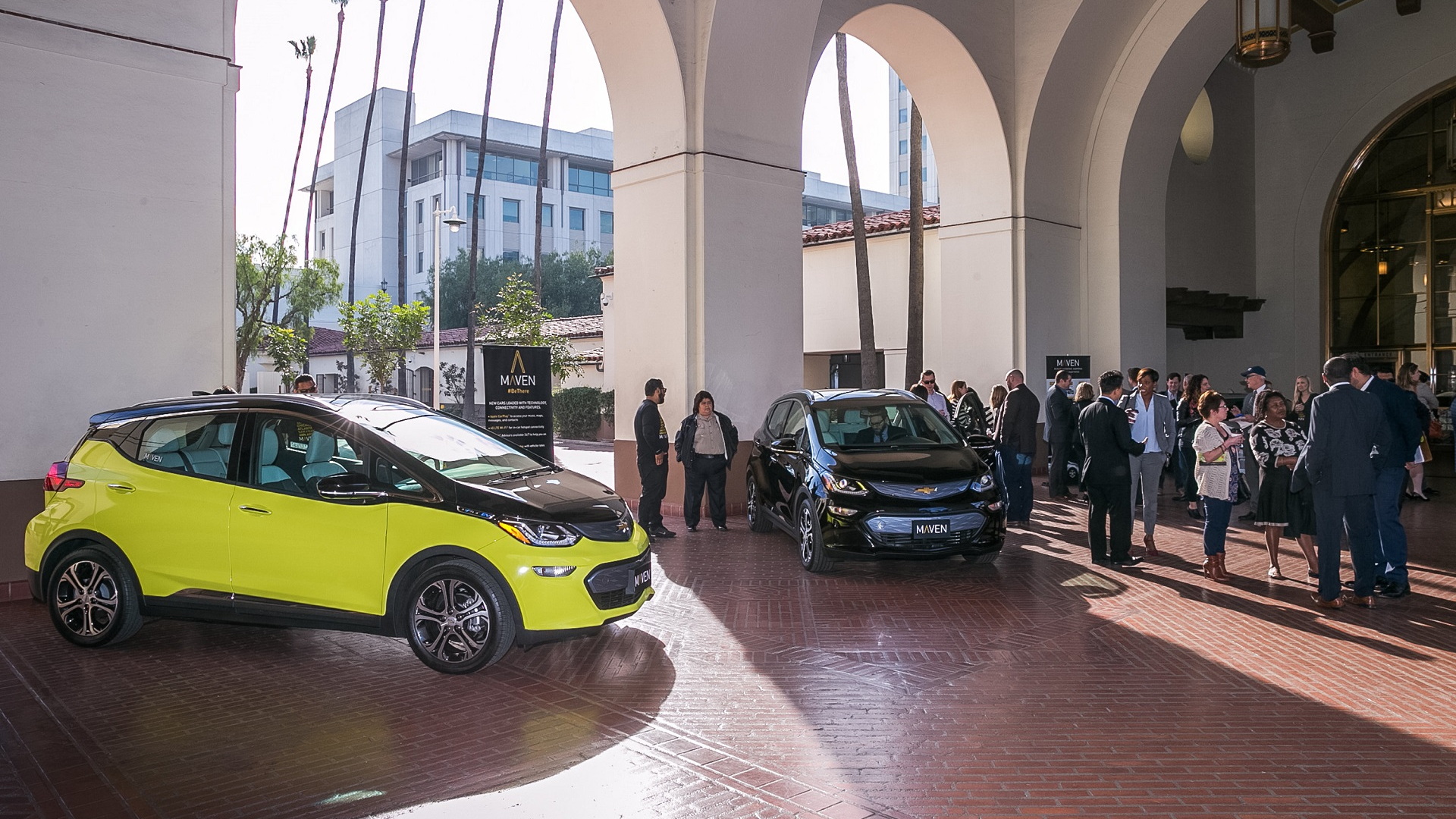 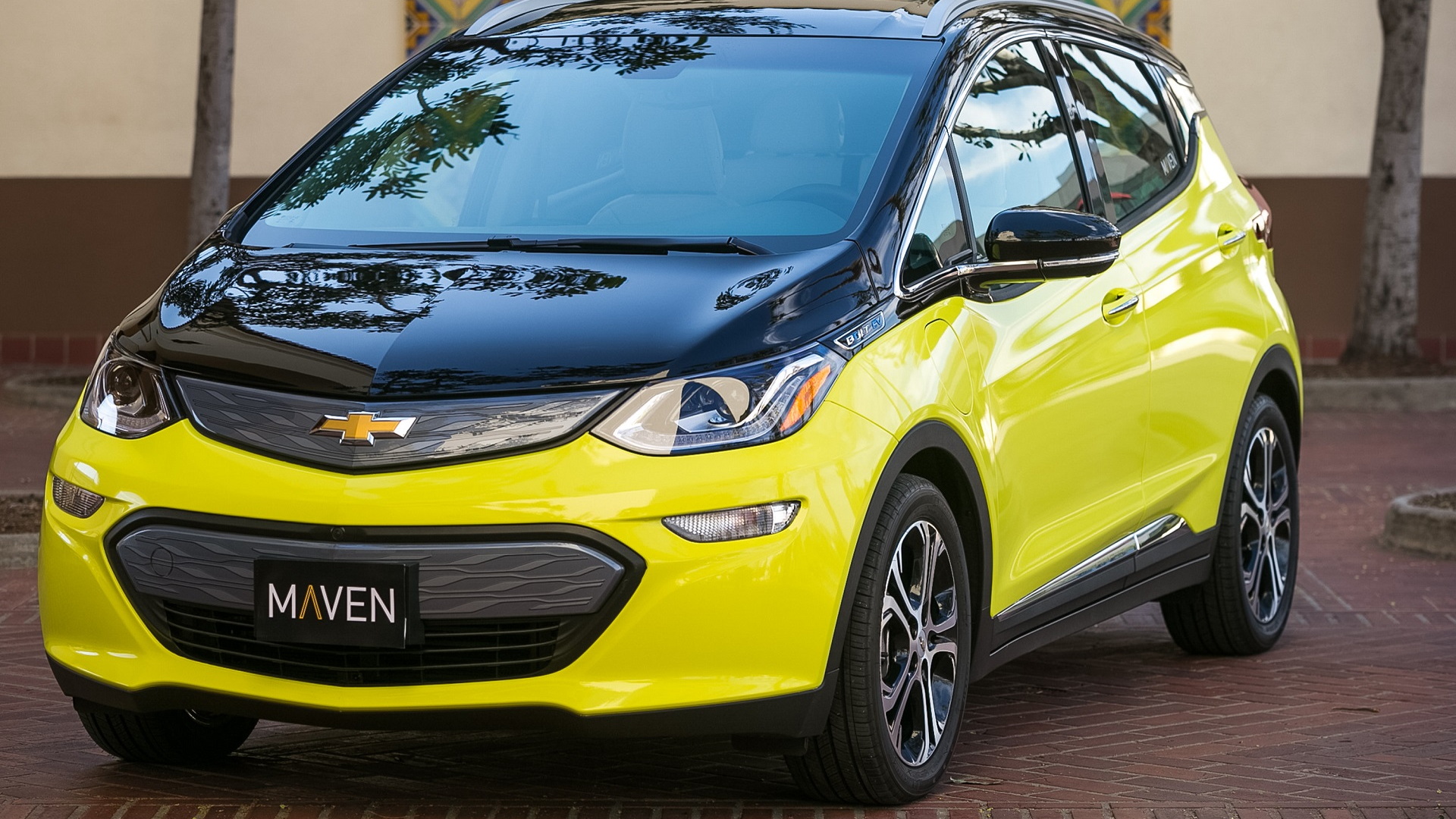 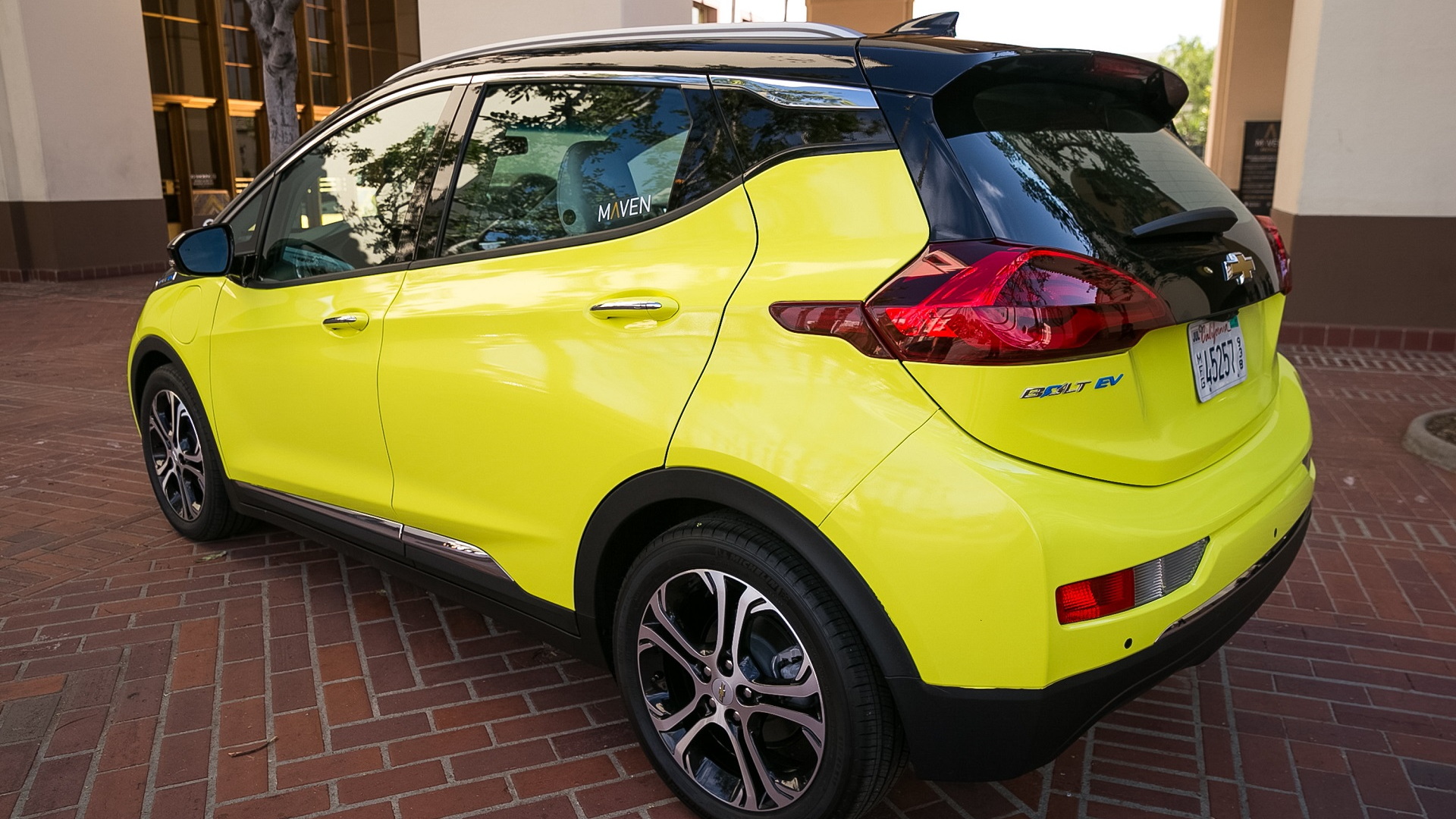 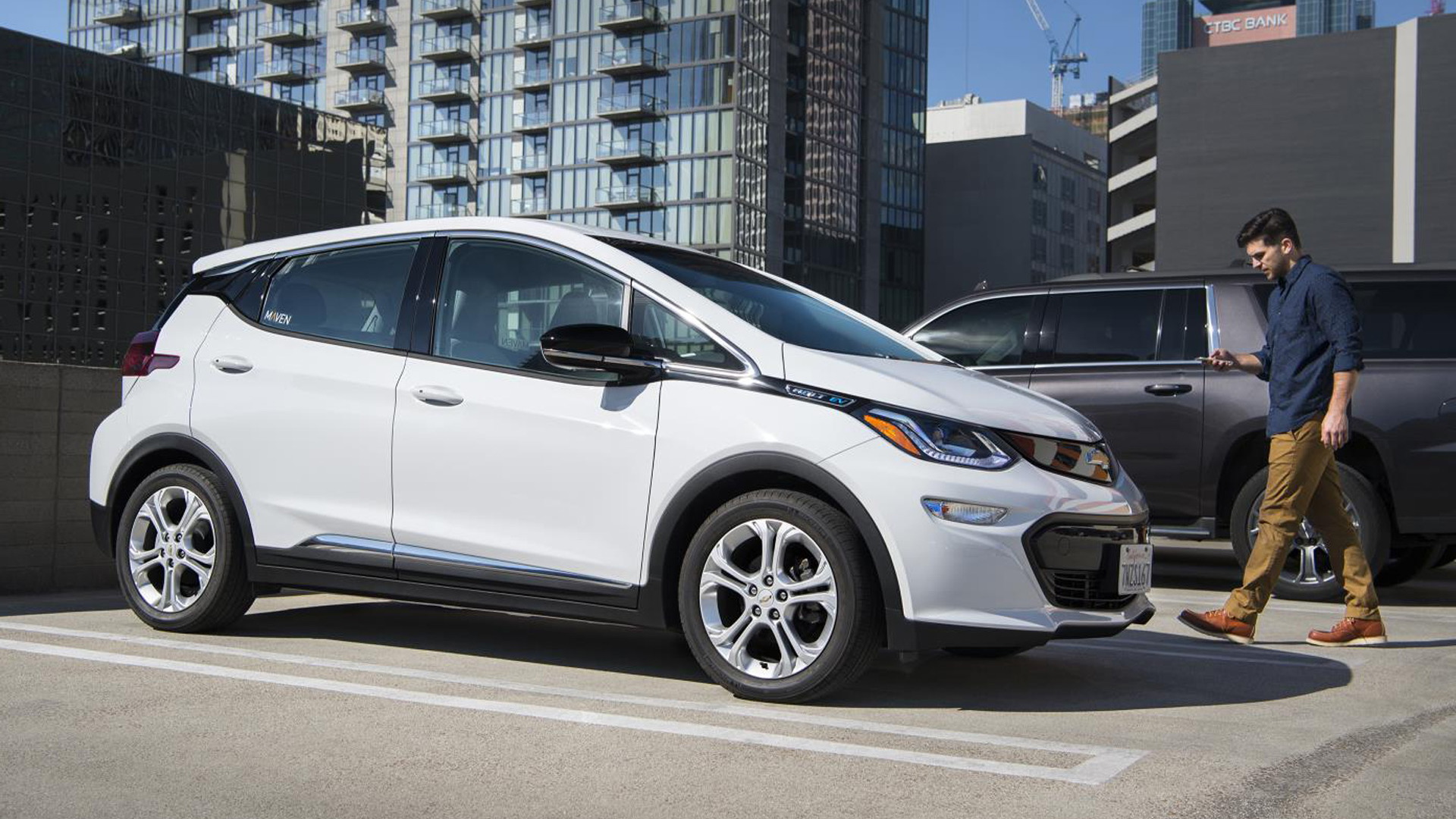 With the 238-mile Chevy Bolt EV electric car now in its third month of sales and rolling out to additional states every month, the industry is focused on its sales numbers.

Retail buyers have asked to what degree GM's plans to dedicate a number of the early Bolt EVs to its Maven car-sharing service might affect availability.

If yesterday's announcement from Los Angeles is anything to go by, the bulk of Bolt EVs are still likely to end up with retail buyers.

According to a release from GM and its Maven subsidiary, the companies will put "more than 100" of the electric hatchbacks into the Los Angeles Maven service.

Given Bolt EV sales last month of almost 1,200 units, that doesn't sound like it will have a huge impact on a sales rate that's anticipated to reach 2,000 per month or higher by the summer (if not sooner).

The Maven service is now available in 17 cities throughout the U.S. and Canada, and in its 13 months of operation, it's signed up more than 24,000 members.

The average trip, GM says, is 121 miles and lasts more than 12 hours—potentially differentiating Maven from shorter-term urban services like Zipcar.

The rollout of the Bolt EVs to Maven was jointly announced with the City of Los Angeles, which aims to "to evolve mobility and provide easier, more sustainable and more convenient options for Angelenos to navigate the city."

Maven launched in Los Angeles last October, and has seen its membership rolls grow more than 50 percent a month since then.

And Maven's not the only fleet application for the Bolt EV in LA, either.

The electric car is available through the Lyft Express Drive program that lets Lyft drivers rent various GM vehicles by the week in selected cities.

General Motors purchased a significant stake in the Lyft service last year, one of several initiatives in which the company is working to expose riders and drivers to its vehicles outside the traditional franchised-dealer model.

It's one of several efforts to add a dash of Silicon Valley to GM's core business of designing, making, and selling motor vehicles.

As Bolt EV sales in Los Angeles rise, electric-car advocates should keep an eye out for the Maven logos shown on the windows of the cars in GM's publicity shots.

Of course, existing Maven members in the city may already have learned that they can test-drive a Bolt EV through the service, without the involvement of any dealership sales staff.