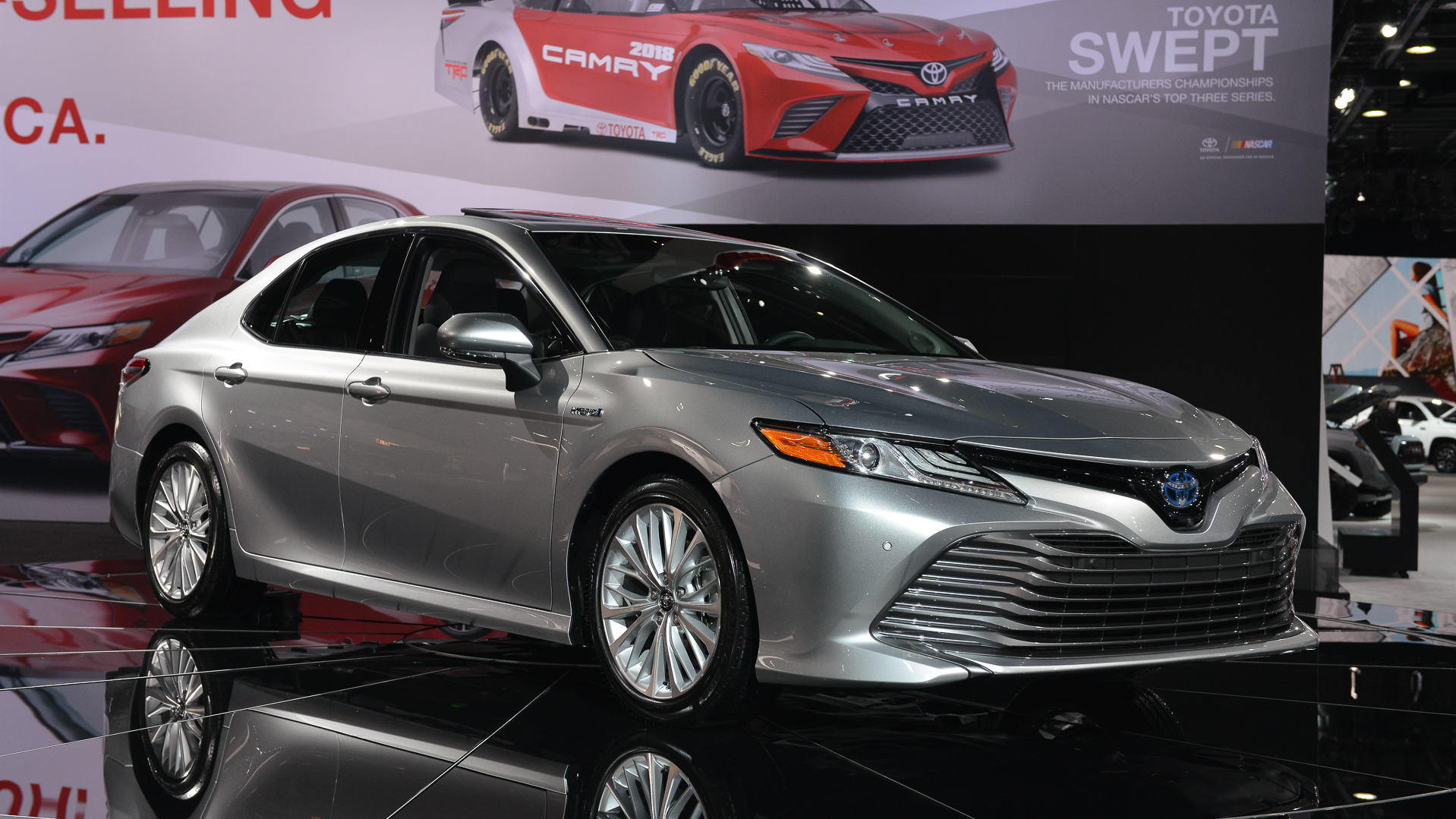 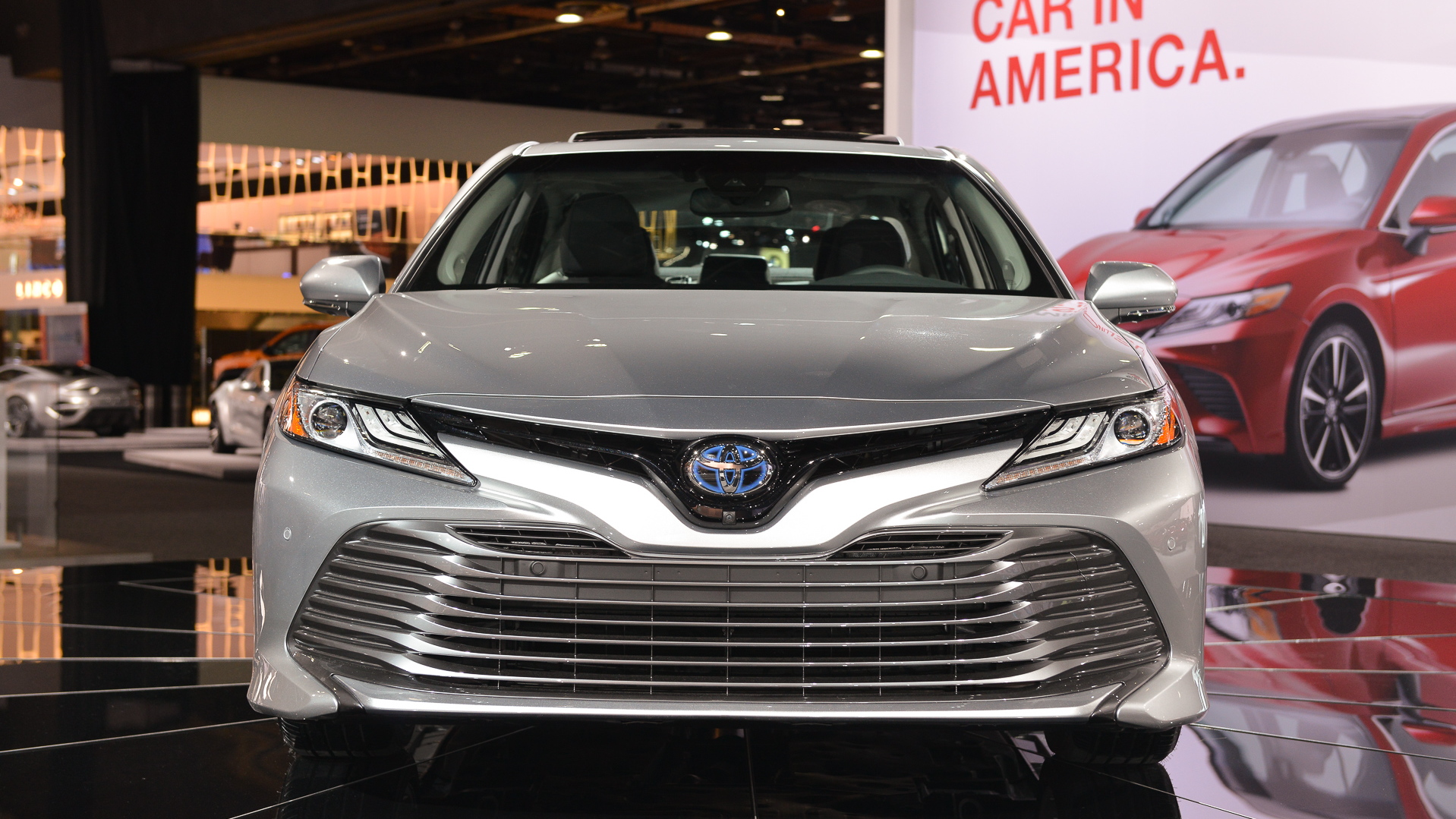 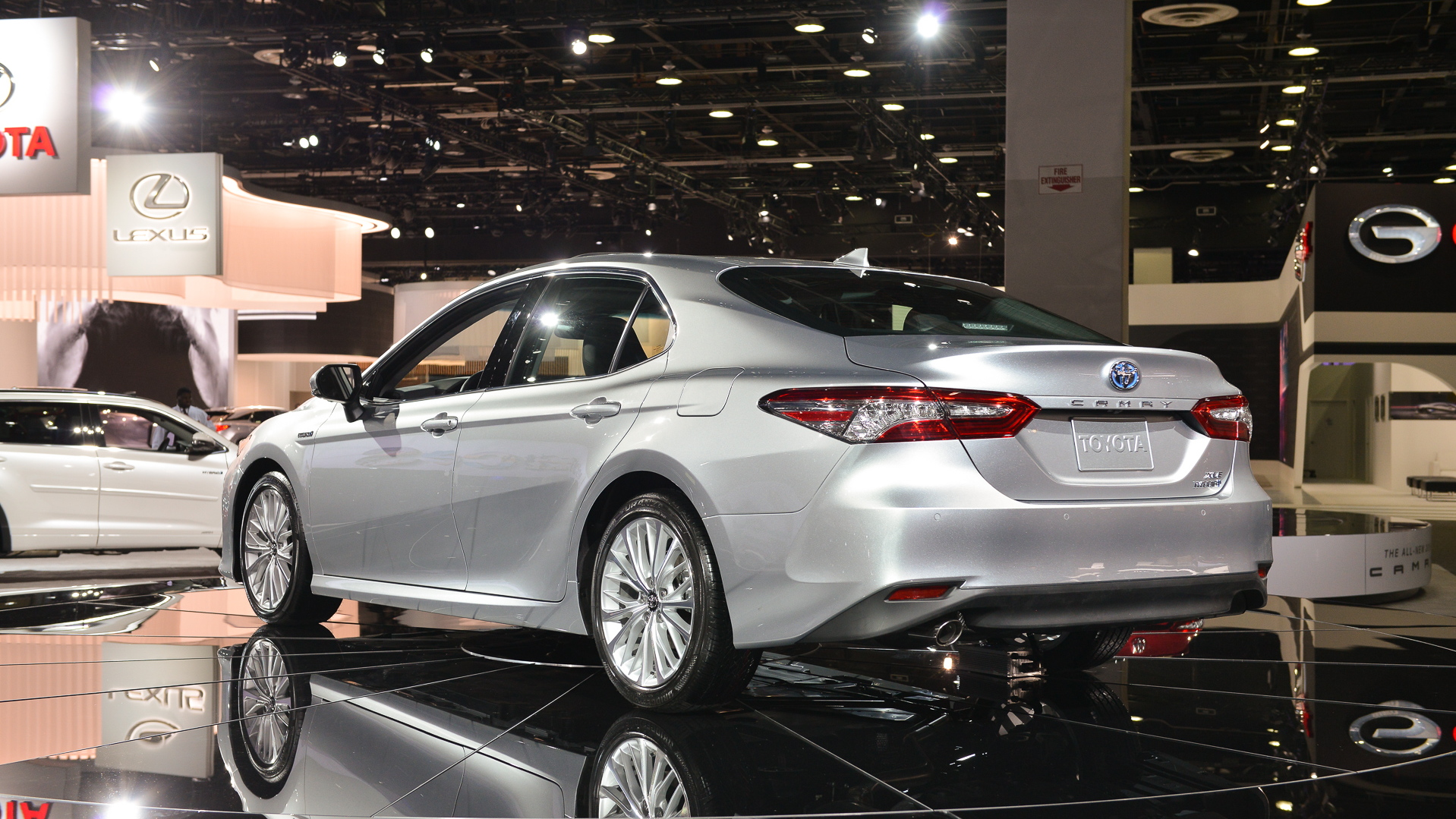 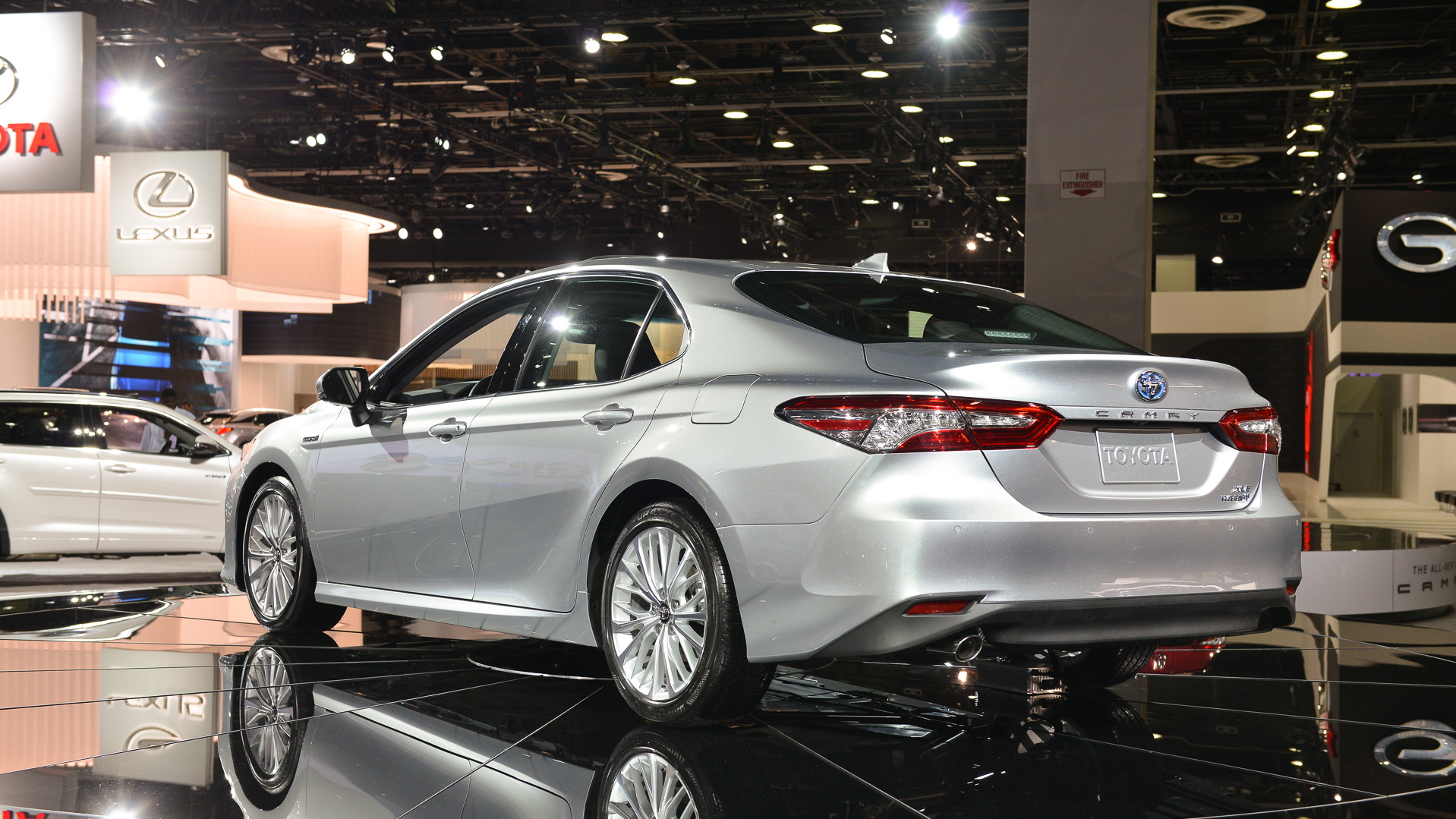 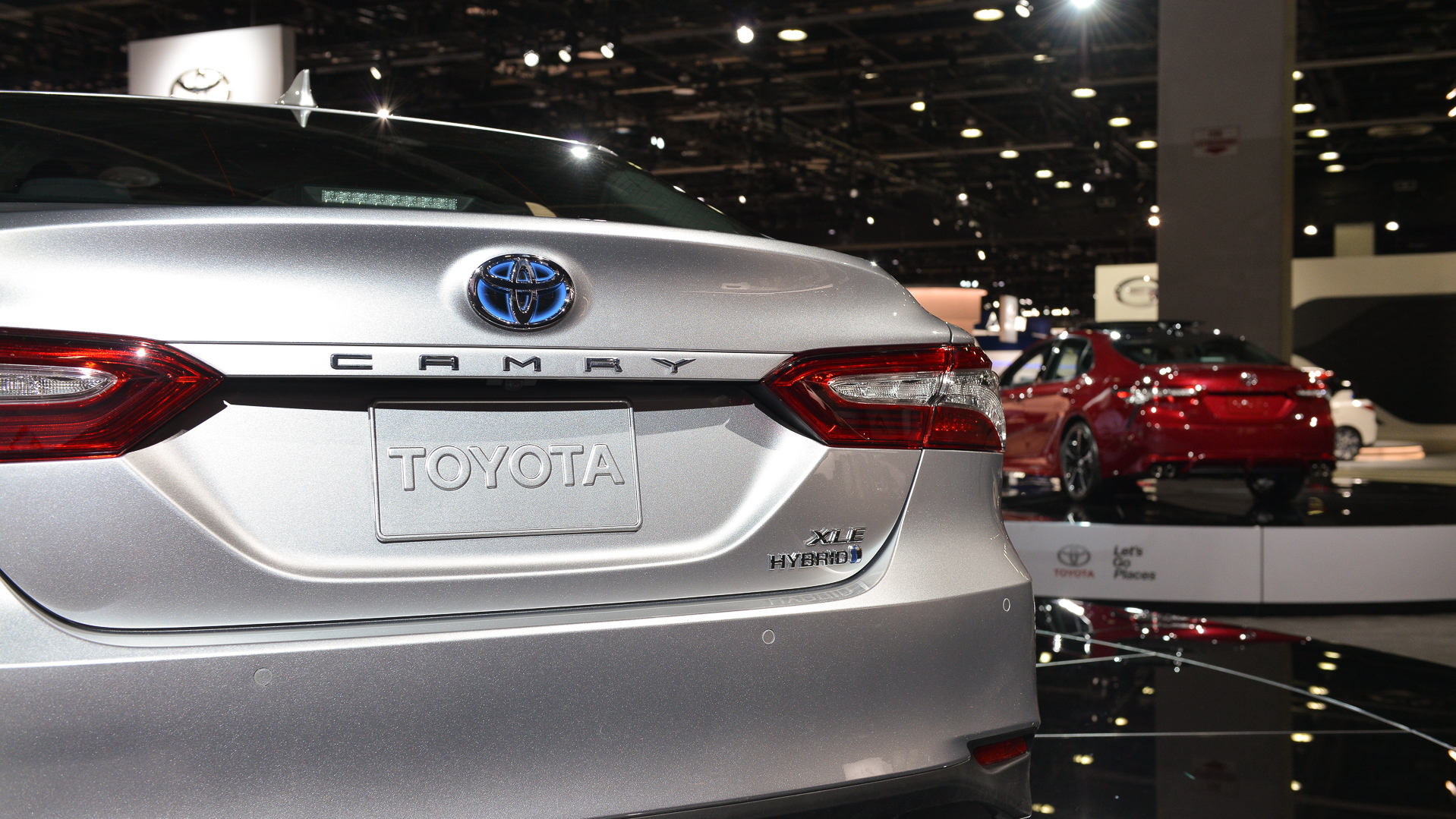 Masato Katsumata is Toyota's chief engineer for the global Camry sedan program—so when he speaks, it's worth listening.

Following yesterday's Detroit Auto Show launch of an entirely new 2018 Toyota Camry mid-size sedan, he was one of several Toyota executives who answered media questions in a morning panel.

And during that session, Katsumata revealed something about the next Camry Hybrid model that the company hadn't previously disclosed: it will have two different battery options.

The new 2018 Camry will come with three powertrain options.

They are the high-volume 2.5-liter 4-cylinder engine, an optional 3.5-liter V-6 for more traditional buyers, and a new generation of the well-known Camry Hybrid that pioneered the mid-size hybrid sedan segment more than a decade ago.

At yesterday's Detroit launch event, a 2018 Toyota Camry Hybrid didn't appear on stage, and aside from confirming its existence, the company said very little about it.

The hybrid Camry will use a 2.5-liter 4-cylinder engine optimized to work with what the company calls its Toyota Hybrid System II, effectively the successor to the Hybrid Synergy Drive system used since the 2004 Prius.

That means that its hybrid battery pack moves from a location under the trunk floor to a new location under the rear seat, improving trunk volume and offering better front-to-rear weight distribution than the conventional Camrys.

It turns out, however, that the 2018 Camry Hybrid may share more with the latest Prius than just components under the skin.

The 2016 Prius has two different battery packs: the least expensive Prius Two version uses a nickel-metal-hydride pack, a technology in use for 20 years now.

But all higher versions employ a lithium-ion pack that's dimensionally smaller and much lighter for every other version—including the Prius Two Eco model that delivers an EPA combined rating of 56 mpg.

According to Katsumata, the upcoming Camry Hybrid will also use two different battery packs.

The lighter lithium-ion pack will be used both in a model that delivers the highest fuel-economy ratings and for the heavier, more luxurious XLE and XSE trim levels.

That might indicate that a nickel-metal-hydride pack could be employed in the least expensive base-level Camry Hybrid.

CHECK OUT: Four of 10 Ford Fusion mid-size sedans sold in LA are hybrids

That's about all the information we have to date on the next Camry Hybrid, and Toyota isn't likely to release final specifications or features until closer to the 2018 Camry's on-sale date late this summer.

Asked about the possibility of a plug-in version of the Camry Hybrid—to compete directly with plug-in hybrid models of the Ford Fusion, Hyundai Sonata, and Kia Optima, and perhaps the Chevrolet Volt as well—Katsumata and other Toyota executives demurred.

Its sole comment was that "the hybrid version of the new Camry is anticipated to achieve best-in-class fuel economy ratings, with Prius-like city/highway driving efficiency."

Under revised 2017 EPA fuel-economy testing standards, the best non-plug-in hybrid in the mid-size sedan category is the Honda Accord Hybrid at 49 mpg city, 47 mpg highway, and 48 mpg combined.

Today's outgoing Camry Hybrid is at the bottom of the EPA numbers among hybrid mid-size sedans, with its highest rating at 42 city, 38 highway, and 40 combined.

For all the latest on green-car debuts at this week's event, head over to our Detroit auto show news page.