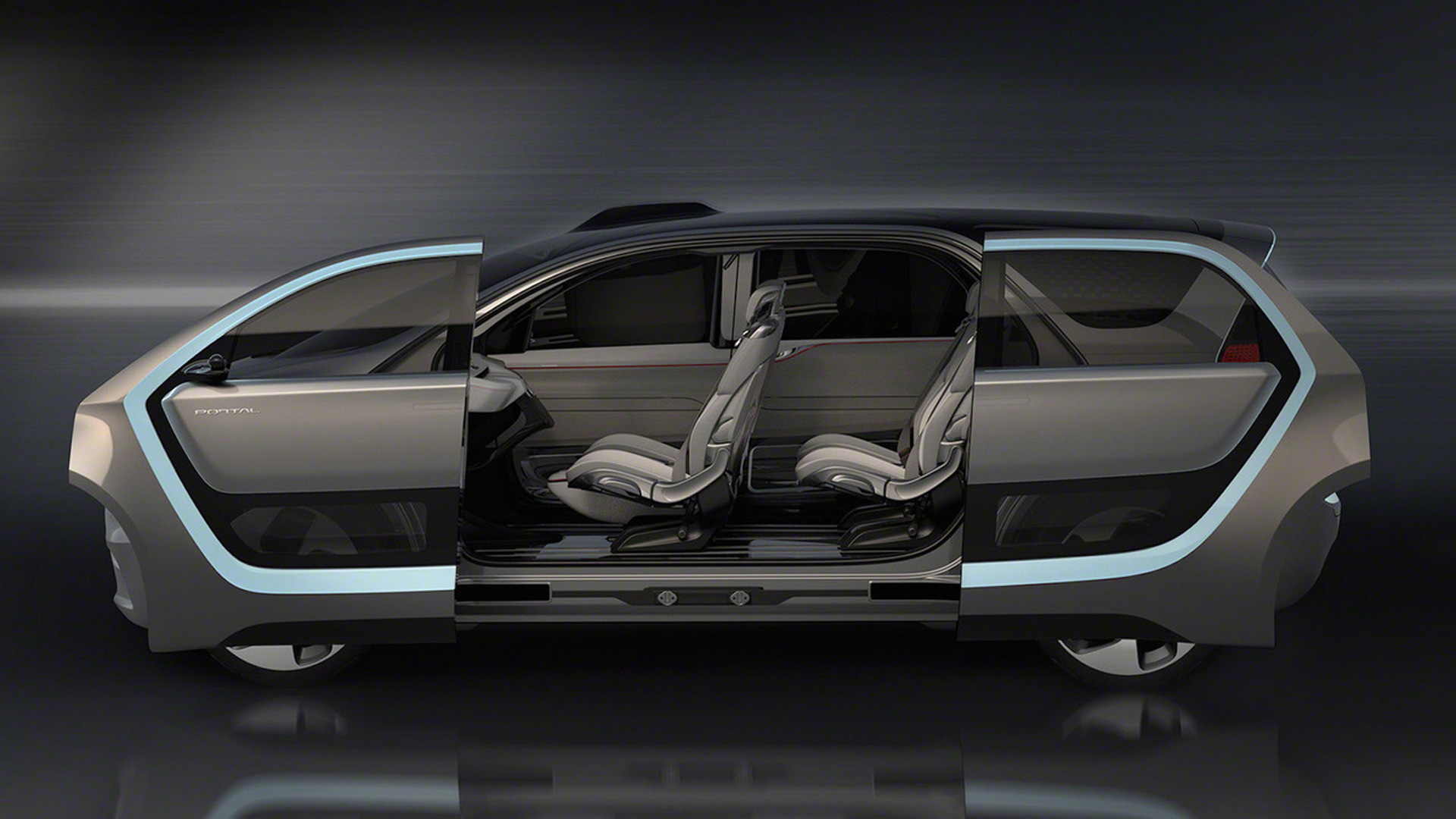 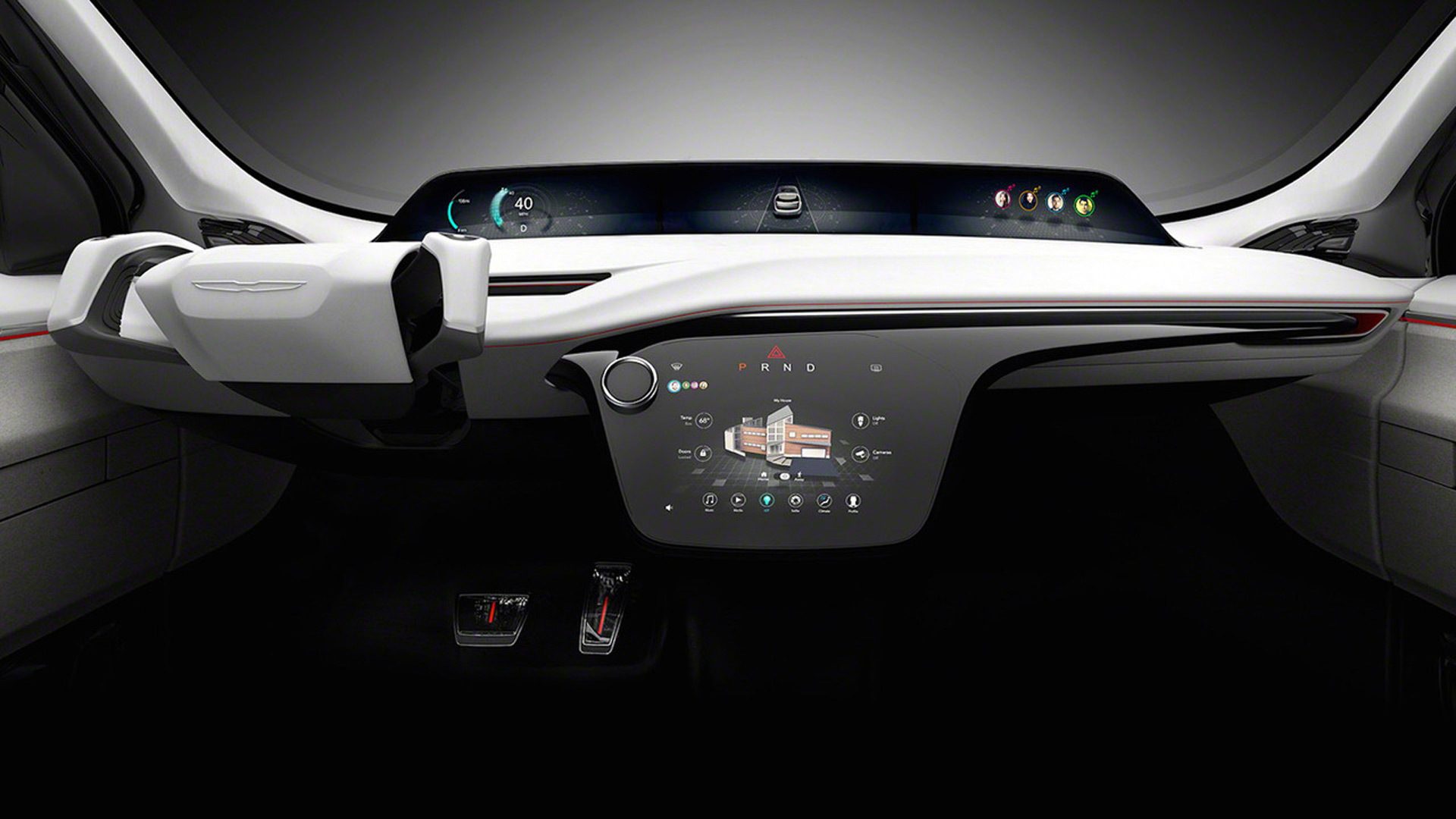 It was widely rumored that Chrysler would reveal an all-electric minivan at this week's Consumer Electronics Show—and now we have the details.

But the Chrysler Portal concept that will debut at CES won't be showing up at your local dealer any time soon.

Far from it, in fact: the Portal is Fiat Chrysler's idea of a future in which we'll travel in electric cars that drive themselves.

And apparently we'll be sharing everything about our trips on social media, since the the Portal will let its occupants "turn road trips into social memories.”

The Chrysler electric minivan concept is designed to seat six, and promises a range of 250 miles or more on a single charge. The company said only that the battery capacity would be 100 kilowatt-hours.

DC fast charging at up to 350 kilowatts will add 150 miles of range to the battery, Chrysler says, in less than 20 minutes. 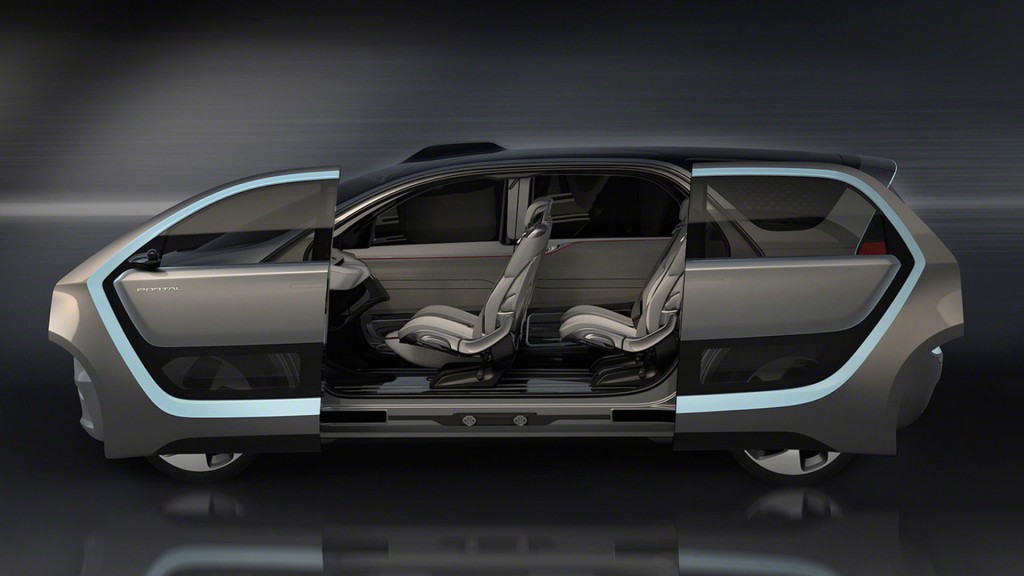 EDITOR'S NOTE: We have updated this story with a handful of additional technical specs from Chrysler.

One of the main purposes of the Portal concept is to explore how vehicle interiors and their connectivity features will change as autonomous capabilities roll out into production vehicles.

FCA notes the Portal currently offers self-driving features, but only to SAE Level 3—meaning it can perform all functions in certain situations, like highway driving, without the need for a driver to monitor it.

Today's most advanced vehicles with autonomous capabilities are considered to embody Level 2, which still requires a driver to be on call to respond immediately if the car encounters a situation it can't handle.

ALSO SEE: Maybe Apple and Google won't take over the car industry after all?

The Portal is designed, however, to be upgraded to Level 4 autonomy when the advanced sensing and control algorithms that permit that are ready.

The ultimate goal, Level 5 autonomous driving, is the one in which a car can safely handle all road and weather conditions without a human onboard—or with its human passenger(s) asleep.

Much of the Portal concept's focus is on the advanced infotainment systems to keep its occupants connected and busy. (None of them read books, apparently.)

FCA engineers worked with a team from Panasonic to integrate the wide display mounted high at the top of the dash for the most vital information. A second screen in the center of the dash offers non-mission-critical functions. 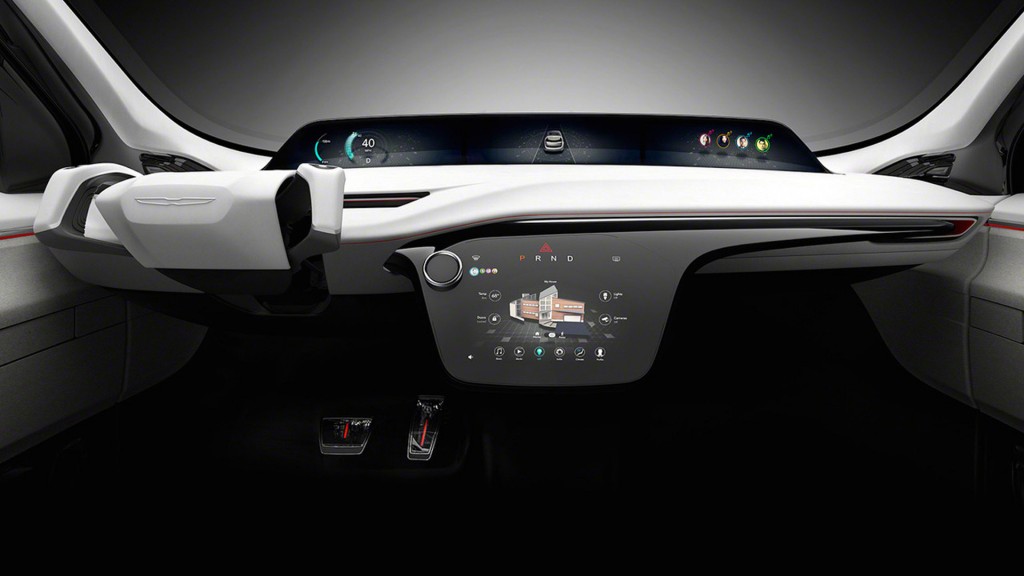 FCA says the Portal will collect a wide spectrum of visual, sensor-based and cloud data, sourced from voice, facial recognition and numerous other inputs.

It organizes and configures that information for display, and tailors how it's presented to keep the driver’s attention on the most vital features and offer customized programming for each passenger.

Fiat Chrysler has been working with Waymo, the renamed Google self-driving car project, for more than a year now.

CHECK OUT: Chrysler throws in towel on sedans: 200, Dart to die for SUVs, trucks

It recently announced it would deliver 100 Chrysler Pacifica Hybrid minivans to the company, all outfitted with Waymo's self-driving sensors and software.

The smallest of Detroit's three automakers has partnered with a number of electronics and digital companies for the R&D that will be required for the electric and increasingly autonomous vehicles of the next decade.

Meanwhile, Fiat Chrysler has now eliminated two of its sedan lines for the U.S. to give it more production capacity for hot-selling crossover utility vehicles and light trucks. 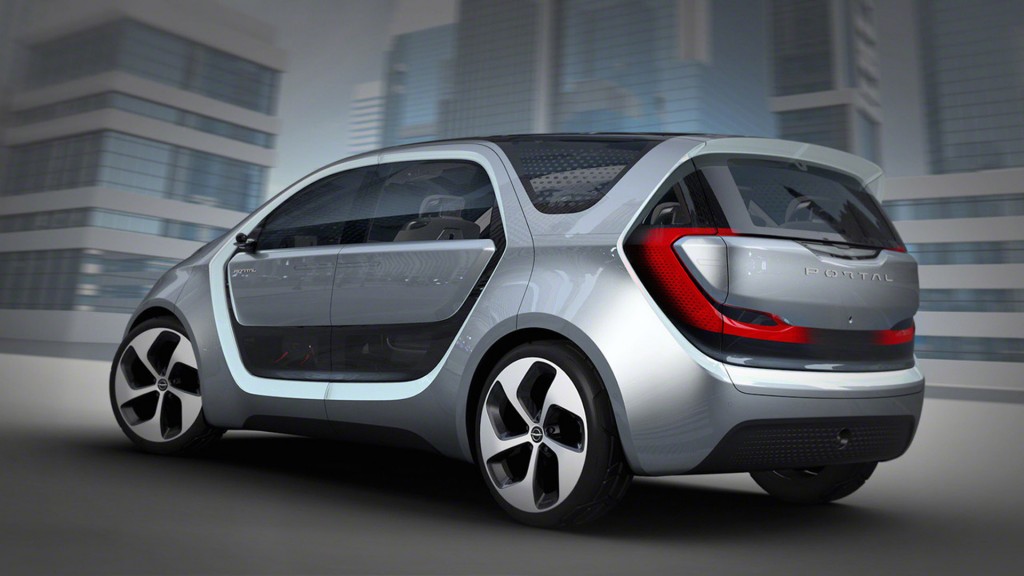 Its plug-in Pacifica Hybrid minivan will be available at dealers within the first three months of this year.

But buyers hoping that the company would unveil an all-electric version of the Chrysler Pacifica—as rumored over the last few weeks—will have to wait quite a while longer for that one.

For all the news and  updates from Las Vegas, see our CES stories page.