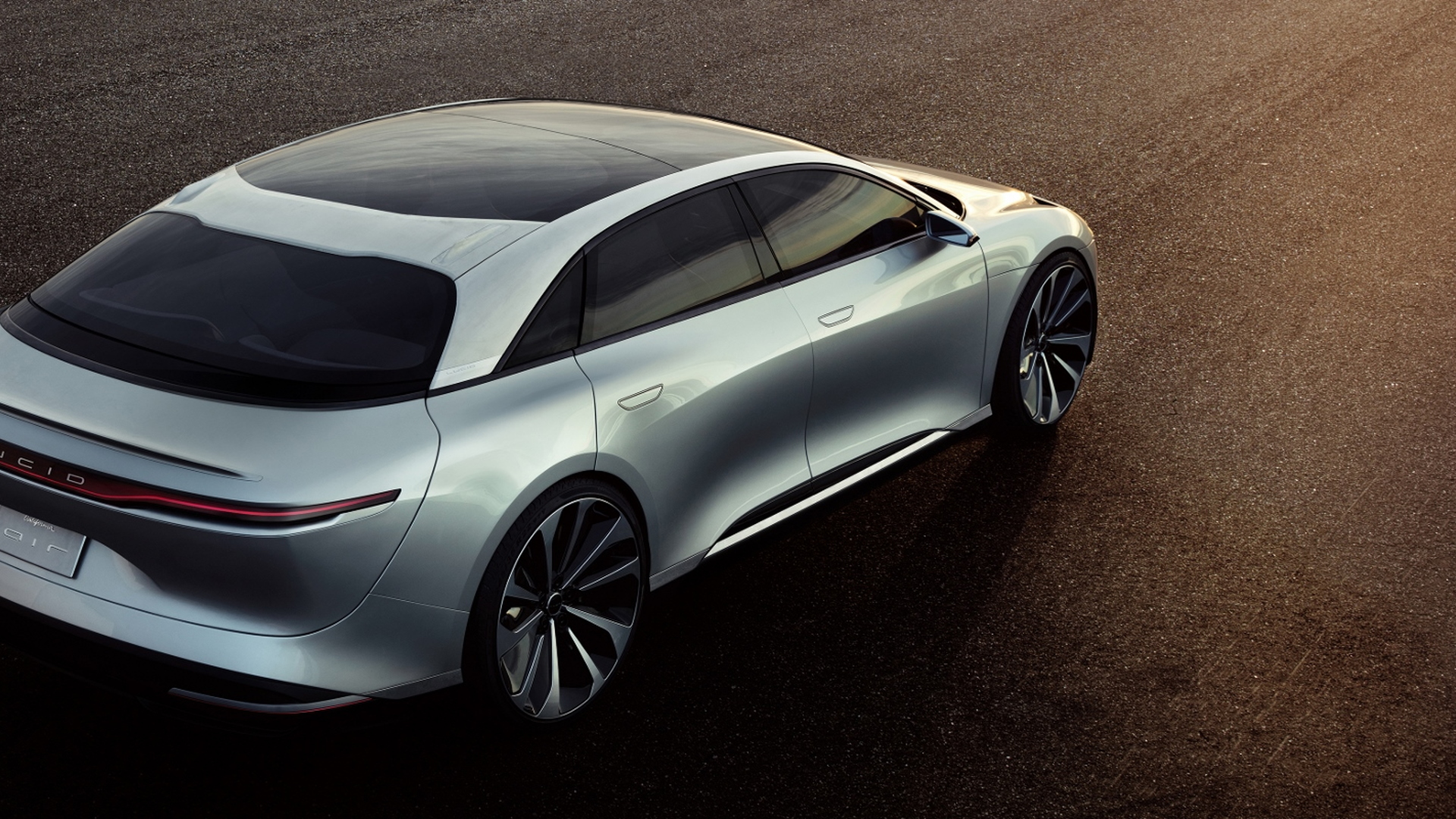 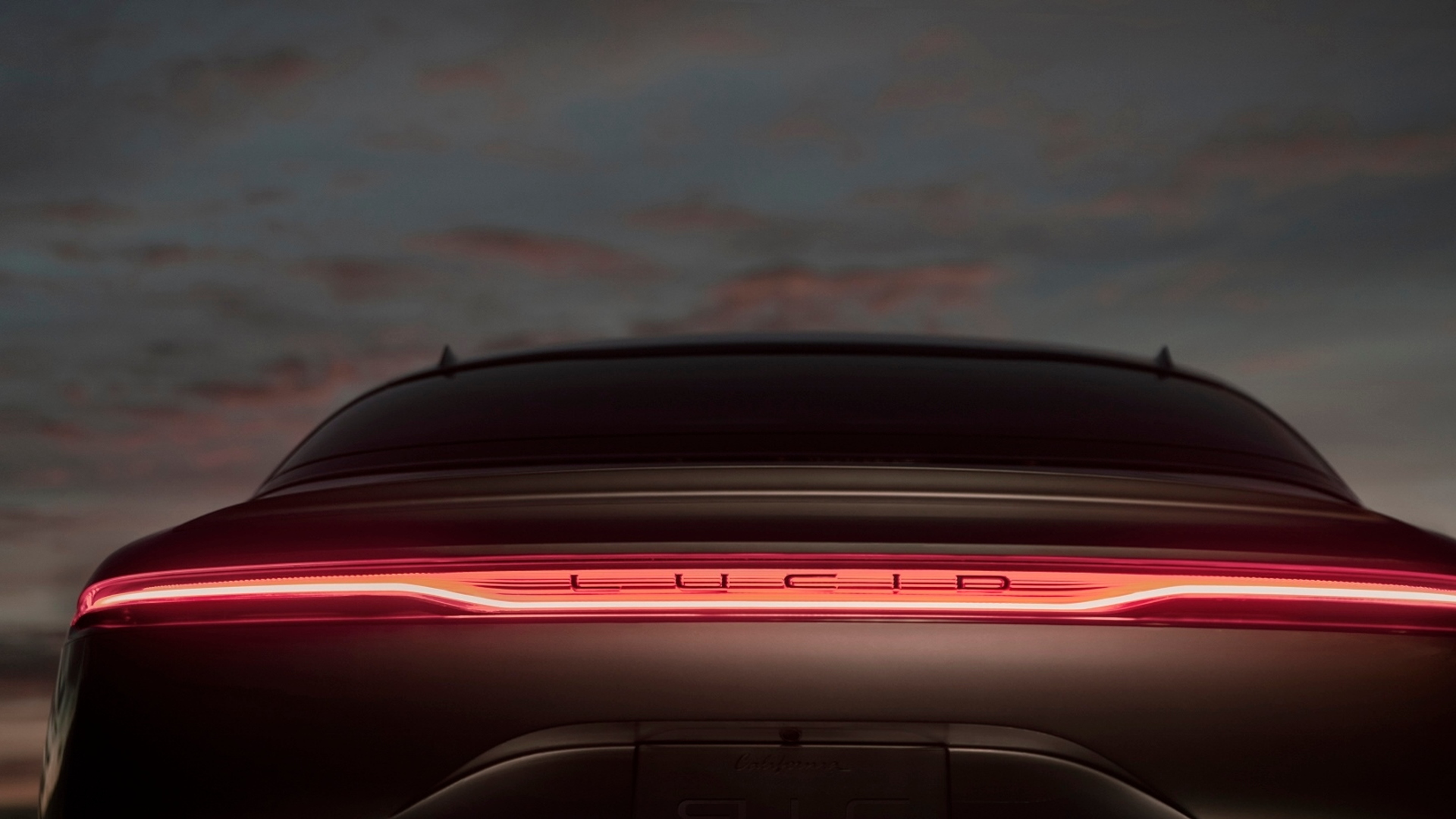 We now have some key details and a first look at the design of this car, as well as its name: the Air.

Confirming previous reports, base versions of the Air will come standard with a 100-kilowatt-hour lithium-ion battery pack mounted flat under the floor, with cells supplied by Samsung SDI.

Lucid claims a 300-mile range for this version, nearly matching the highest-spec version of the Tesla Model S, the P100D.

But Lucid will trump Tesla with an optional 130-kWh pack, enabling a claimed 400-mile range. 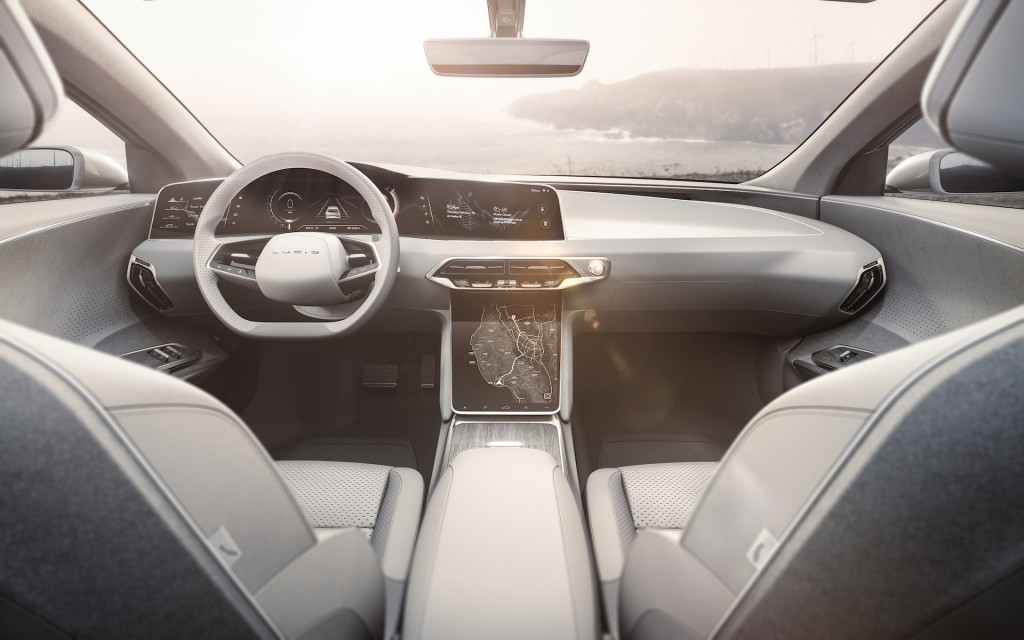 That matches Tesla's acceleration claim for the Model S P100D, which has appreciably less power than the air.

The Air's styling includes some Model S-like elements, including short overhangs and a fastback silhouette.

But Lucid's electric car has many distinguishing features as well, including a taillight element that wraps all the way around the rear end, and a hooded front fascia with slit-like headlights.

The headlight system is called "Lucid Vision," and was inspired by the eyes of a fly.

It consists of 4,870 lenses that can be individually aimed, and uses a third of the power of conventional LED lighting systems, according to Lucid. 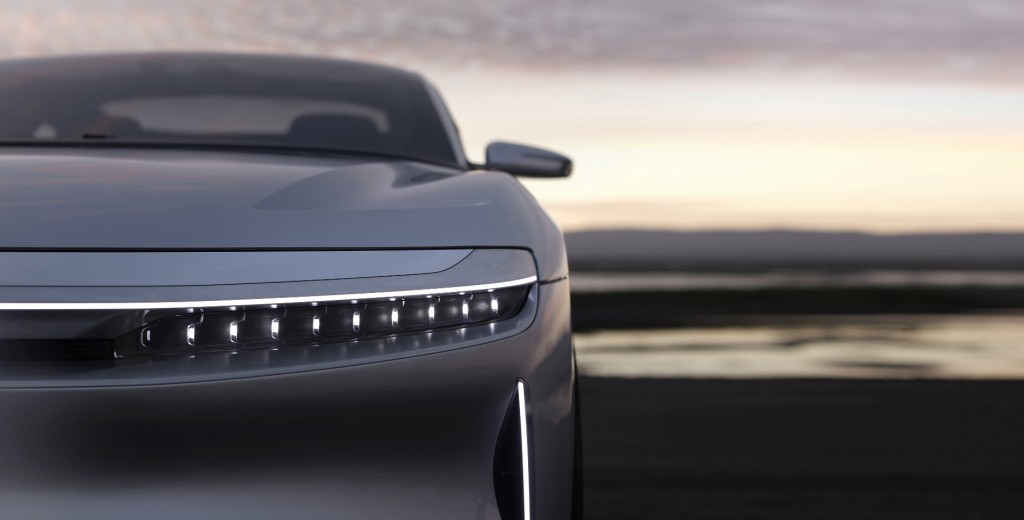 When the Air goes into production, the interior will be available in four- or five-seat configurations, with either individual rear bucket seats or a bench.

Up front, three screens surround the steering wheel, while a fourth, 12.4-inch screen is placed on the center stack.

Notable convenience features will include active noise cancellation and a 29-speaker audio system, according to Lucid.

The company also says the Air is prepared for autonomous driving.

Lucid hopes to put the Air into production in 2018, and will not discuss pricing at this point.

It recently chose a factory site in Casa Grande, Arizona, although construction work on that factory has not begun.

As a startup automaker, Lucid faces many challenges, no matter how compelling its first product might seem at first glance.

Because while many companies aim to replicate the fortune of Tesla, it is important to remember that Elon Musk's Silicon Valley success story is the exception, not the rule.