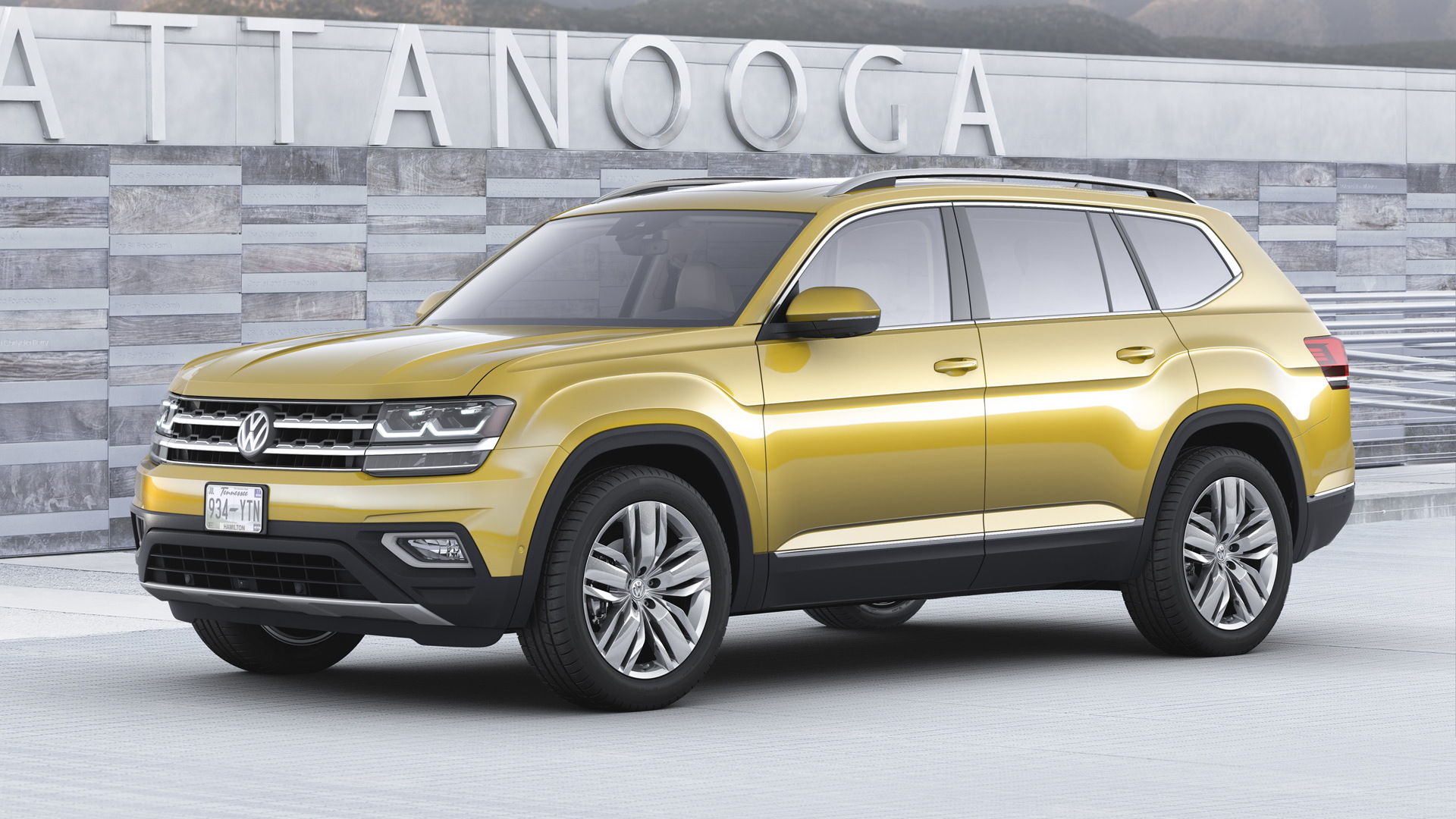 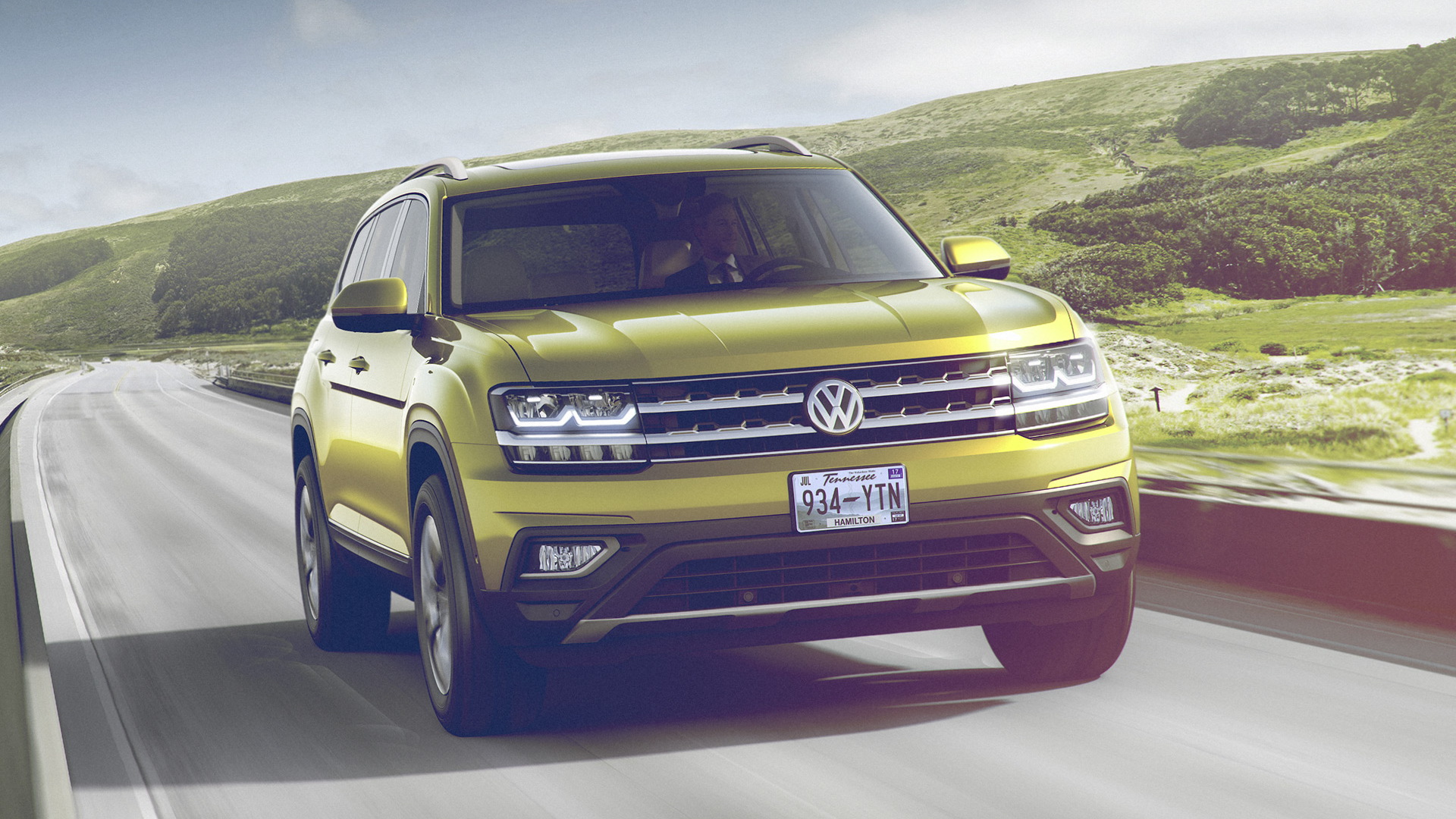 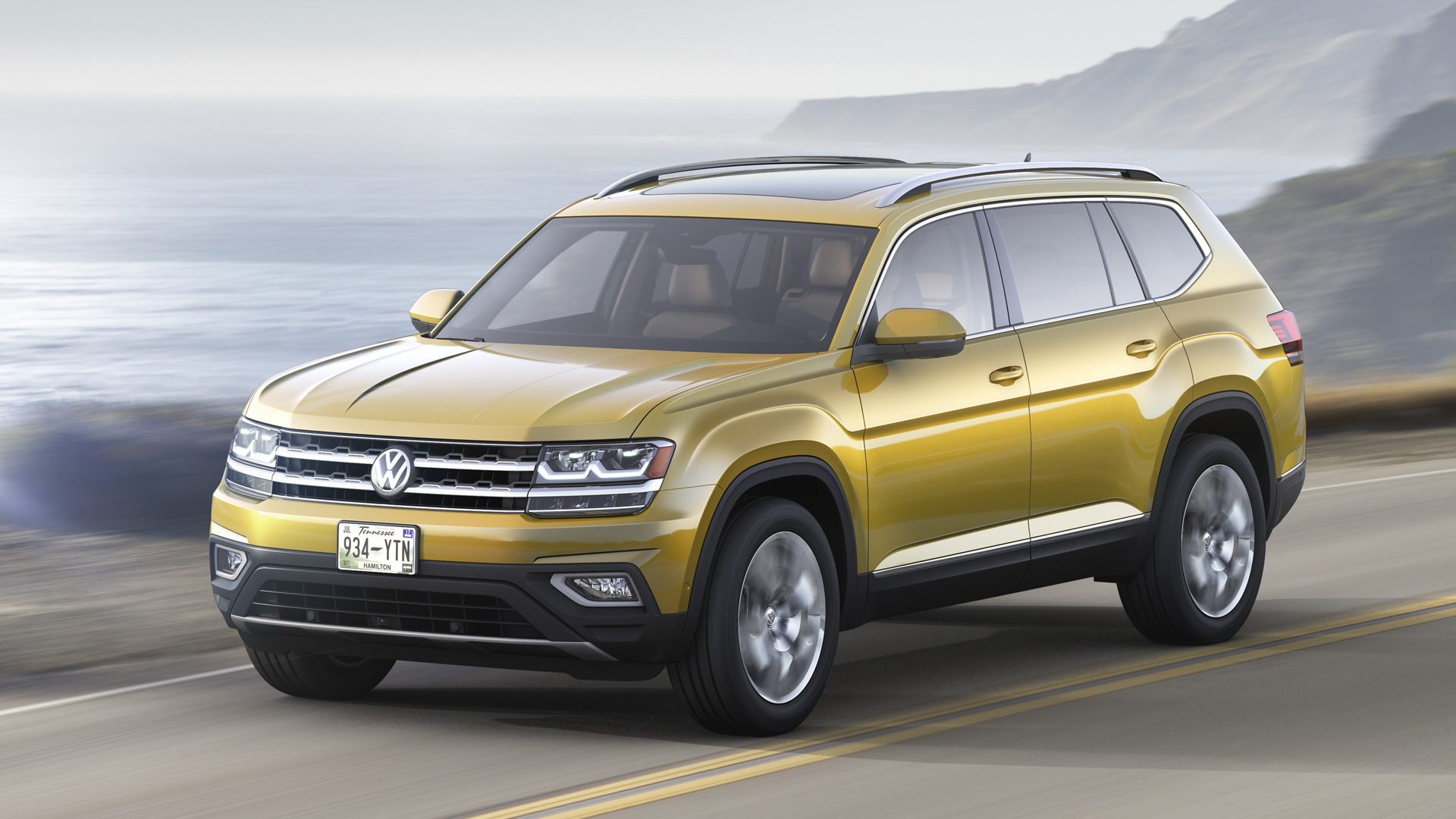 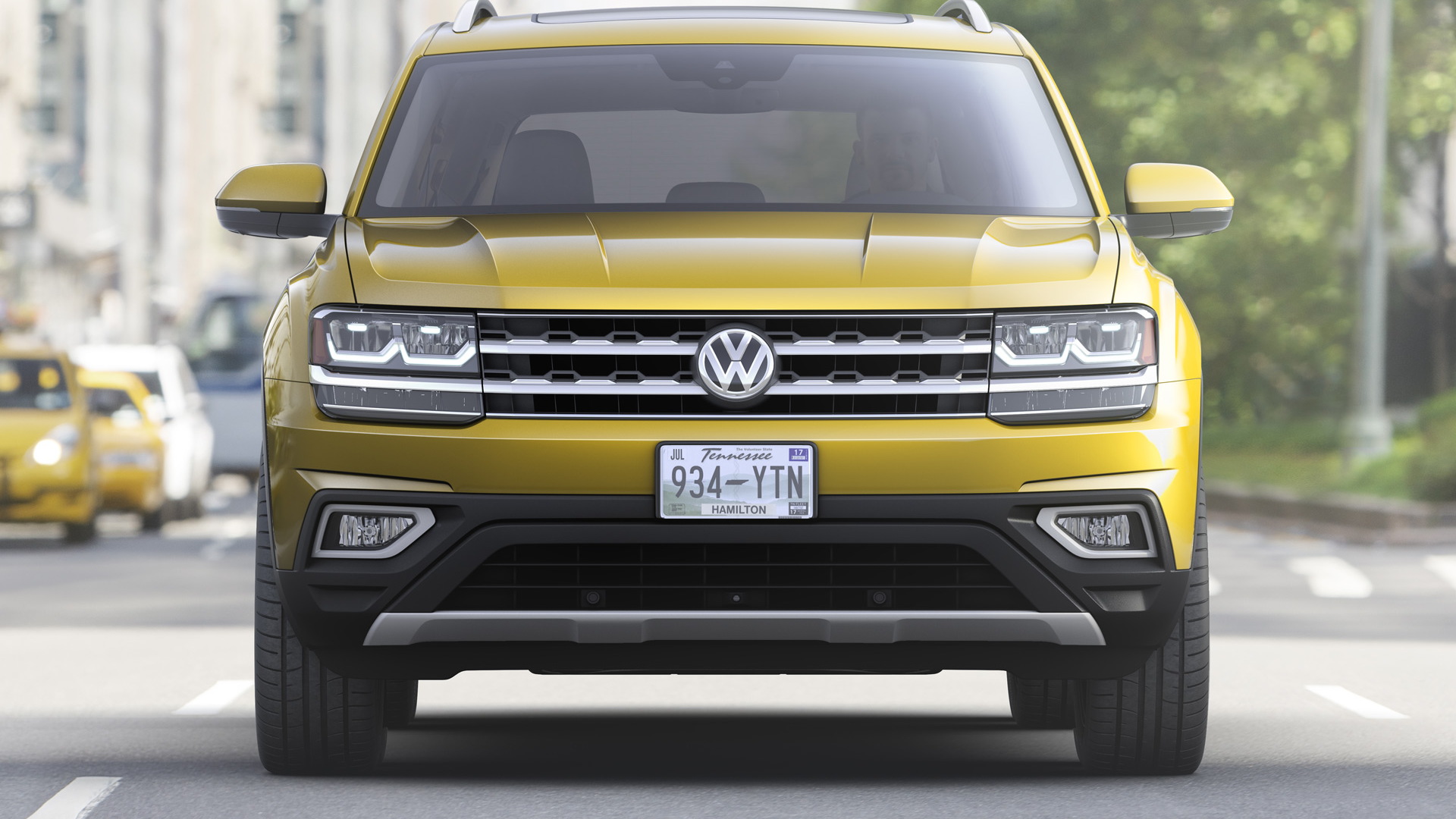 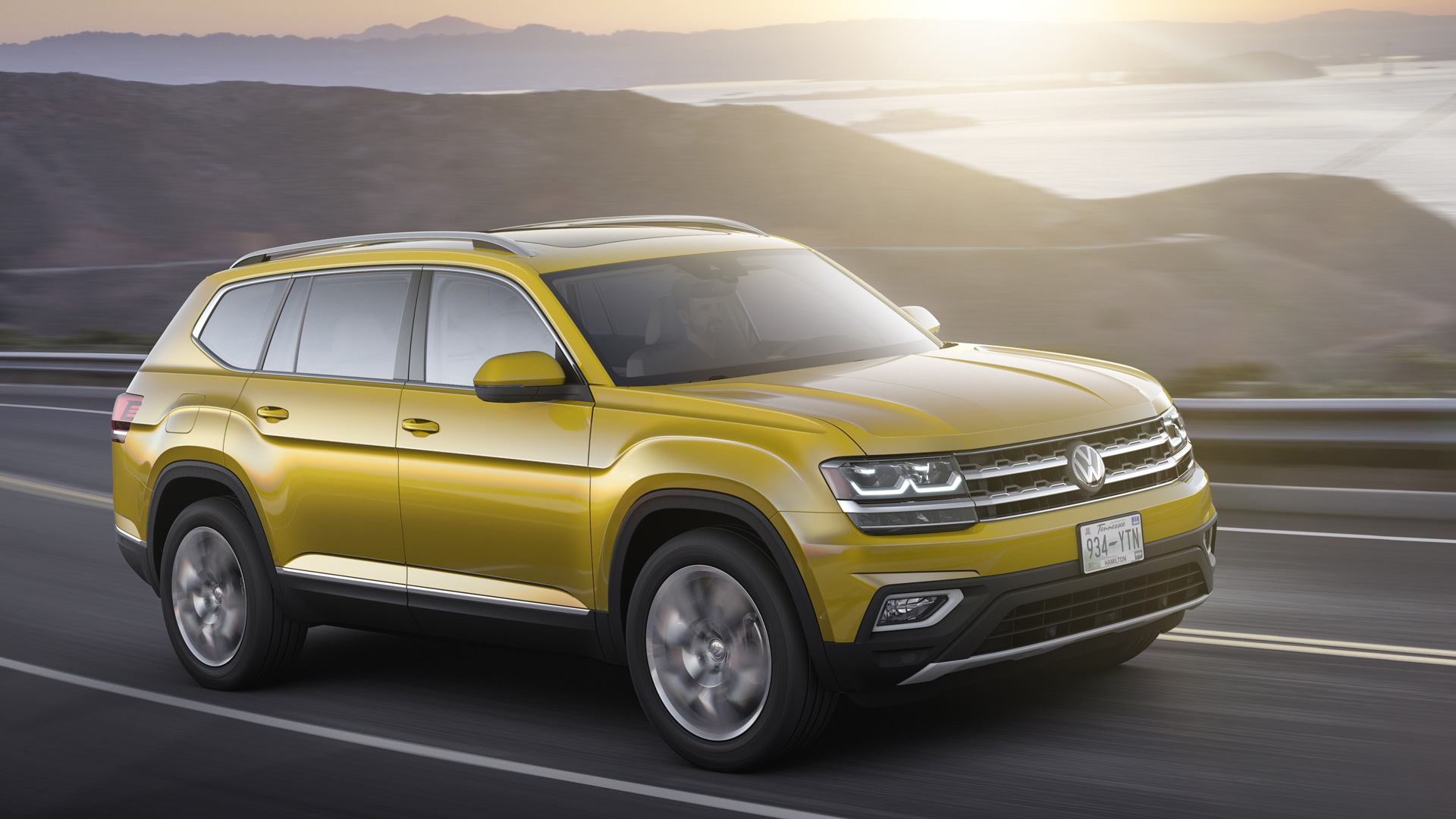 The 2018 Volkswagen Atlas targets the U.S. market like no other VW model since the current-generation Passat mid-size sedan.

It will be assembled alongside the Passat in Chattanooga, Tennessee, and aims to help Volkswagen take advantage of booming U.S. SUV sales in a way the current Tiguan and Touareg can't.

Despite being the largest VW model sold in the U.S., the Atlas uses the same MQB architecture that underpins the Golf compact and numerous other VW Group models. 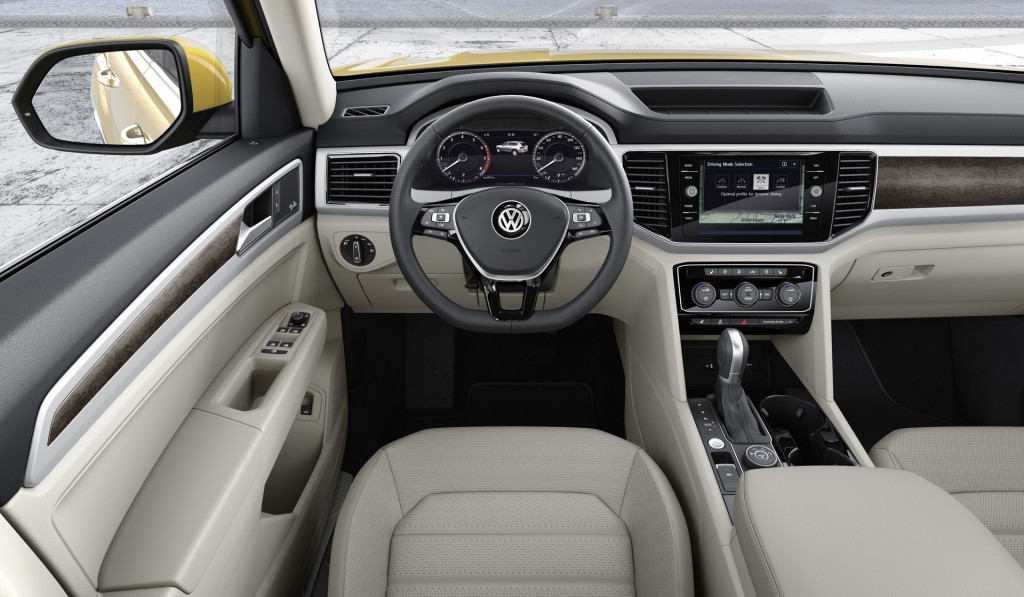 While those concepts hinted at a plug-in hybrid powertrain, the production Atlas will not offer one—at least initially.

The latter is a narrow-angle V-6 of a design that is peculiar to Volkswagen.

Both engines are paired with an 8-speed automatic transmission, with standard front-wheel drive.

All-wheel drive will be available as an option, but only with the VR6 engine.

The fuel-economy champ was supposed to be a 2.0-liter TDI diesel 4-cylinder engine, but that won't happen now that Volkswagen has cancelled plans to sell diesels in the U.S. (at least for the next couple of years) as it deals with the "Dieselgate" scandal. 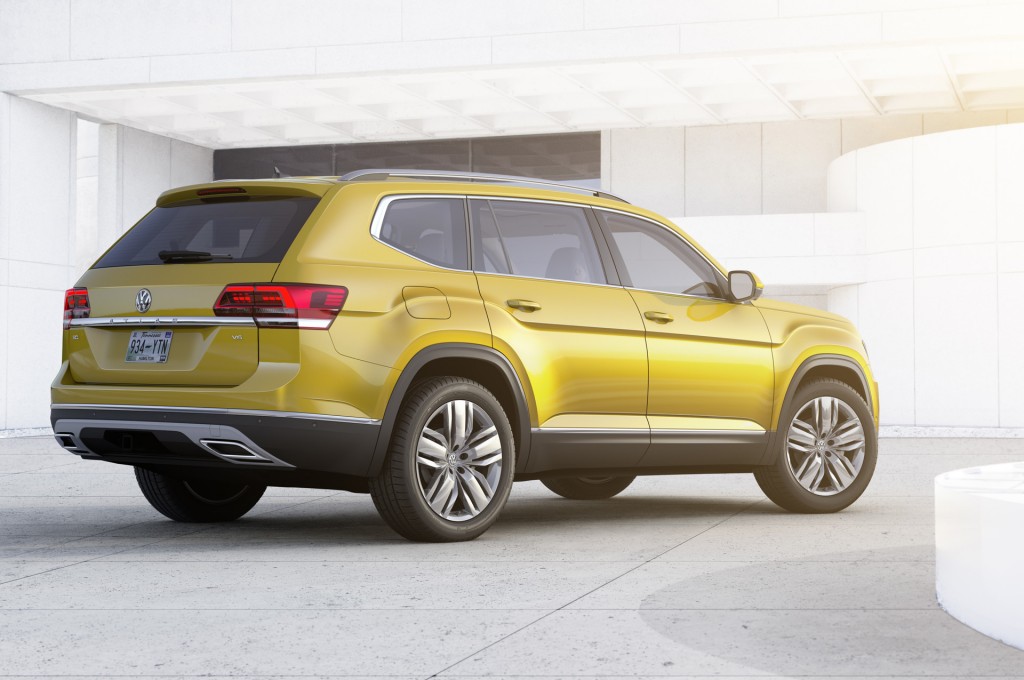 If VW were to offer the Atlas with plug-in hybrid option, it would compete with a growing cadre of luxury plug-in hybrid SUVs that already includes models from BMW, Mercedes-Benz, Porsche, and Volvo.

The only mainstream-priced plug-in hybrid SUV slated for the U.S. is the Mitsubishi Outlander Plug-In Hybrid, though its arrival here has been delayed multiple times over three years.

Volkswagen does not currently sell plug-in hybrids in the U.S., but it does offer Golf GTE and Passat GTE plug-in models in Europe.

However, with diesels on the defensive, rumor has it that VW may import the Golf GTE as part of a mid-cycle update of the Golf launching for the 2018 model year.

The updated Golf is expected to appear next year, starting with an updated and longer-range VW e-Golf electric car, sometime around the Spring 2017 launch of the Atlas.

Pricing and EPA fuel-economy ratings will be available closer to that time.