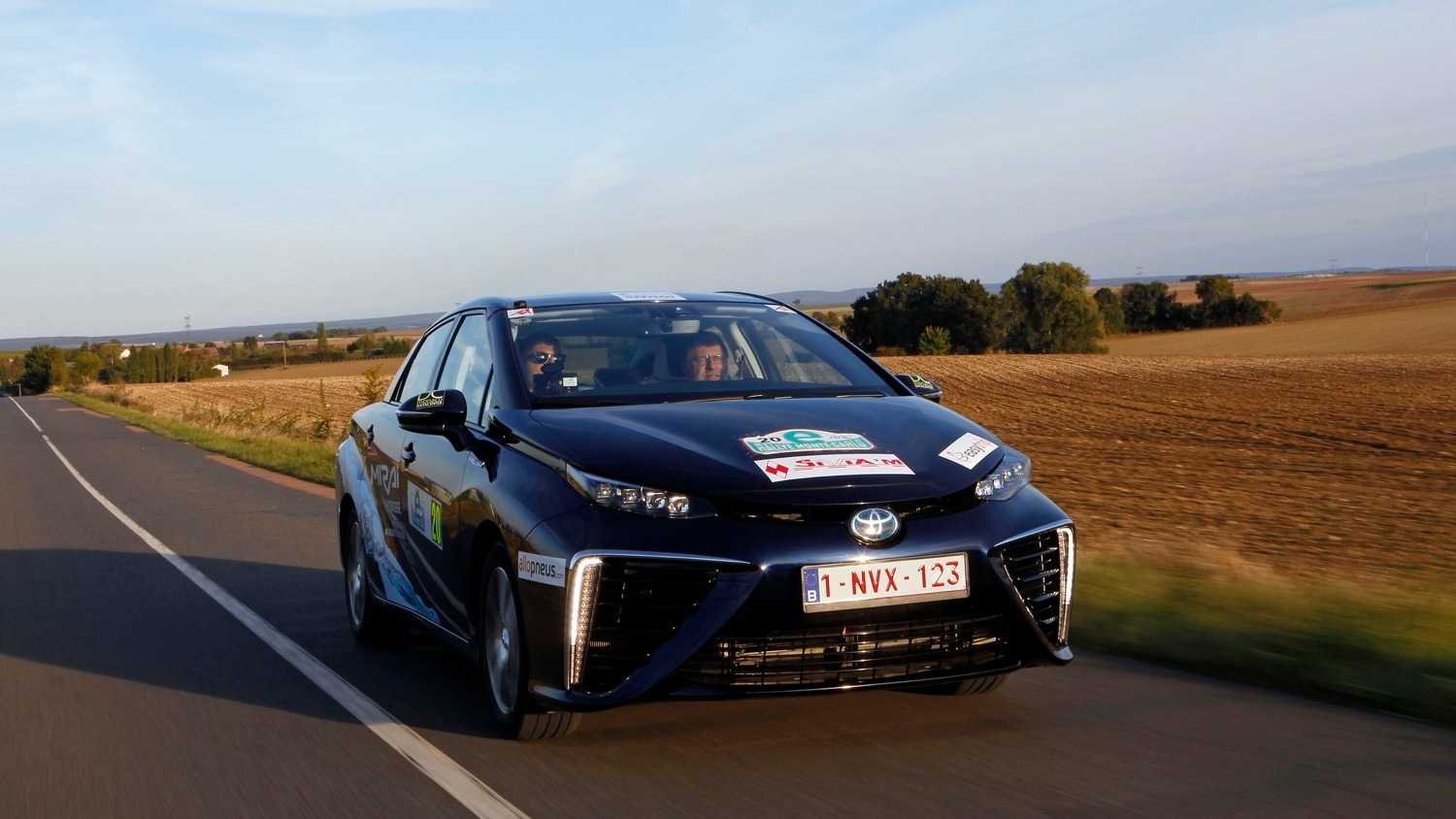 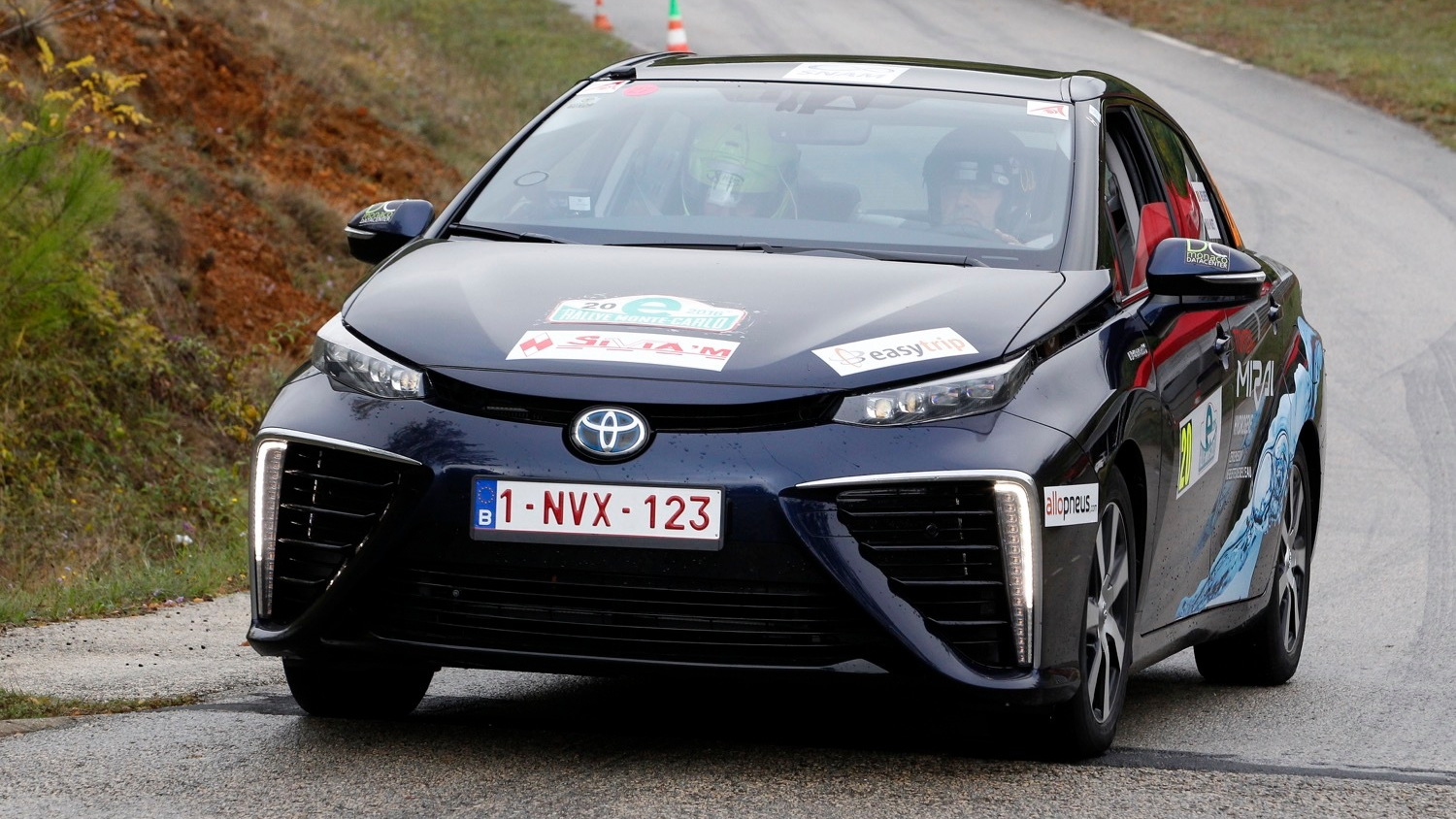 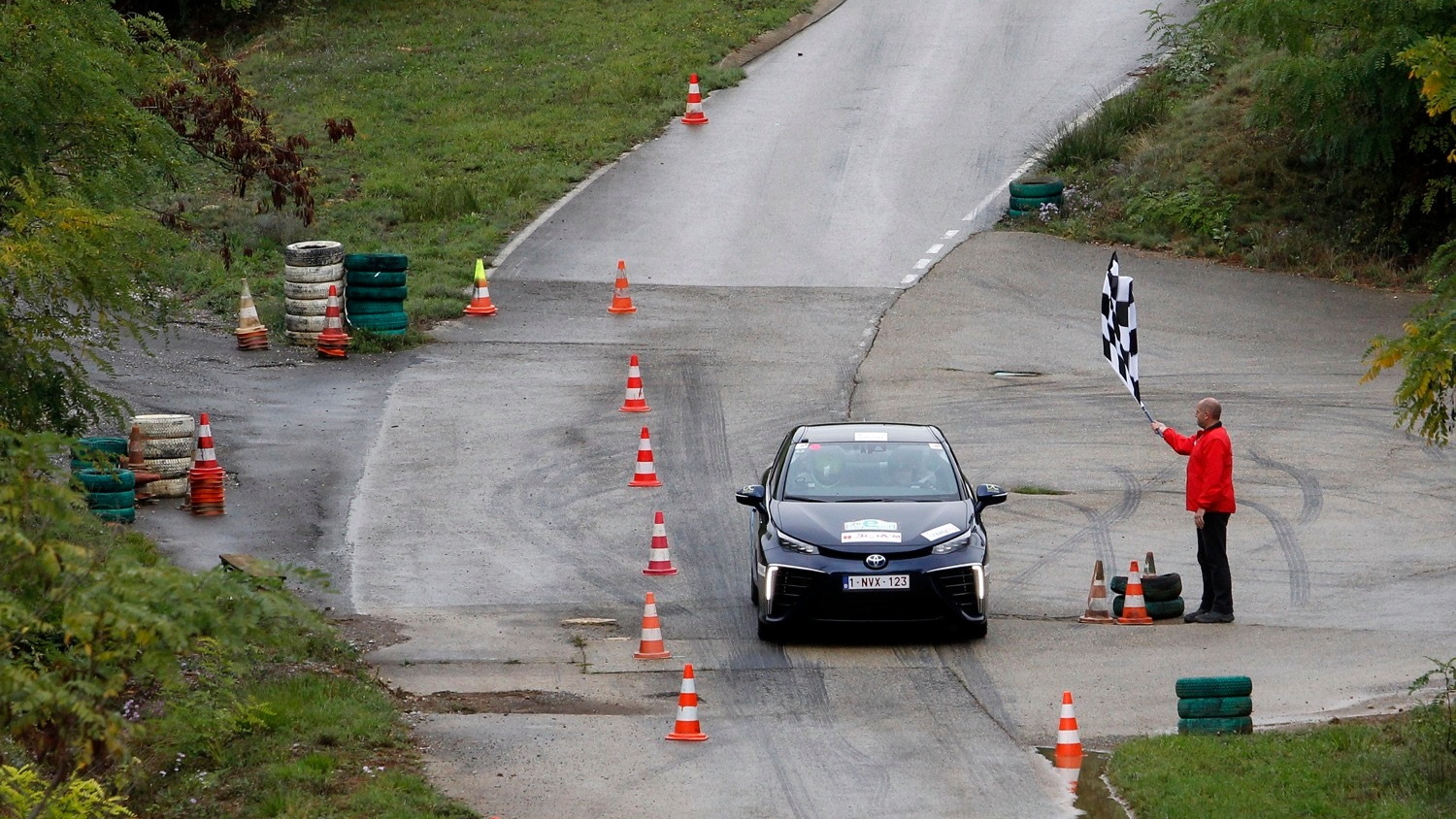 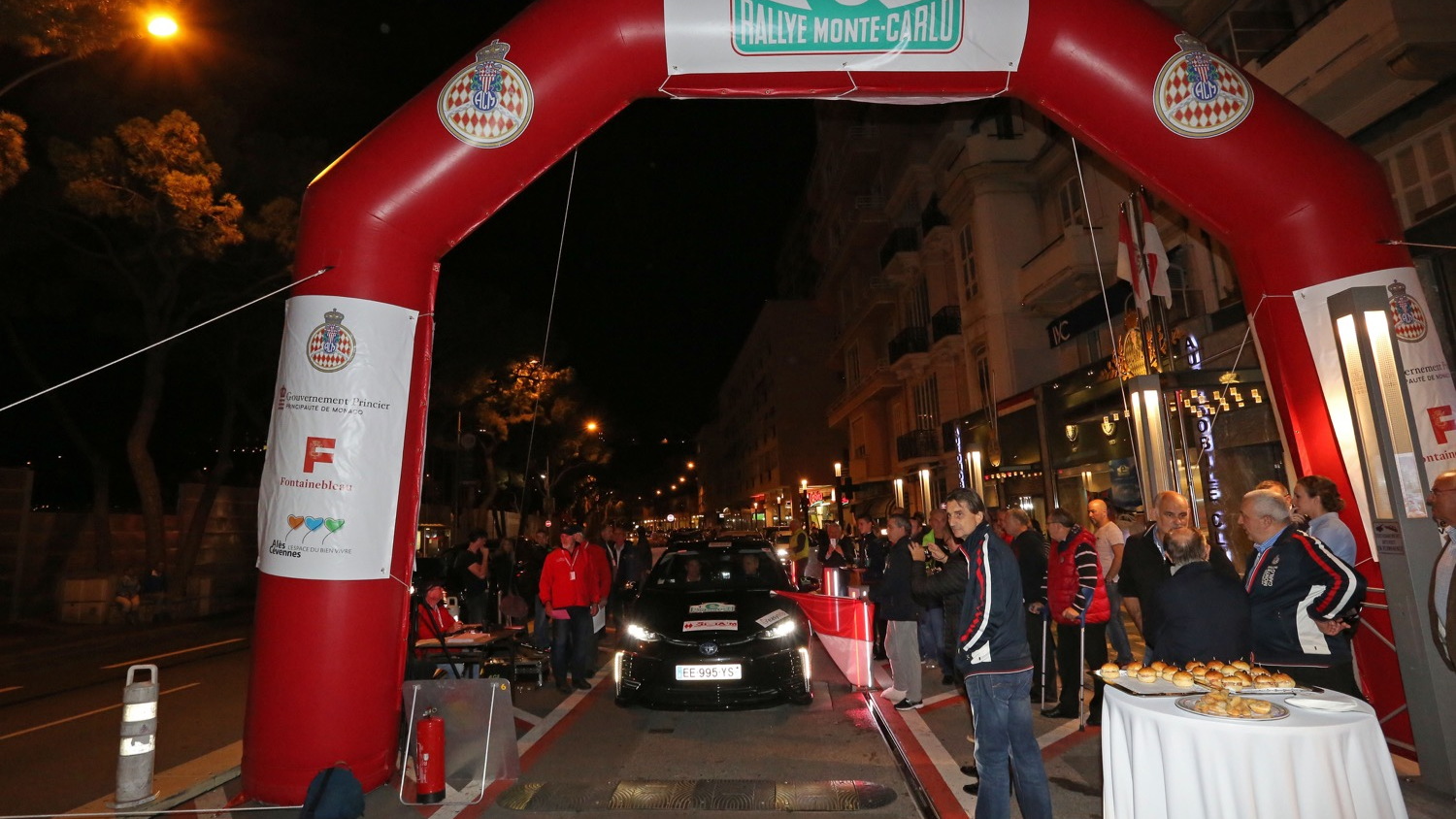 A Mirai sedan won the 2016 e-Rally Monte Carlo, a rally exclusively for zero-emission vehicles held earlier this month in Monaco.

The winning Mirai was one of three in the event, which required competitors to cover more than 1,000 kilometers (621 miles).

A second car—co-driven by the mayor of Monaco—finished sixth, while a third car driven by a group of French journalists finished eleventh.

The 2016 e-Rally Monte Carlo is one of several races for zero-emission cars held in recent years by the Automobile Club de Monaco, the same organization behind the iconic Rallye Monte Carlo and Formula 1 Monaco Grand Prix.

In addition to the e-Rally, the group hosts an ePrix for the Formula E electric-car race series, on a modified version of the street circuit used for the Formula One race.

The 2016 e-Rally attracted 35 teams from nine countries, most of whom used battery-electric cars.

This is the first time a fuel-cell car has participated in this type of event, according to Toyota of France, which entered the winning vehicle.

The trio of Mirai fuel-cell cars was supported by a mobile fueling station, provided by infrastructure company Air Liquide.

Air Liquide has built 75 hydrogen fueling stations globally, and plans to install a small network in the Northeastern United States.

This will likely represent the first major expansion of U.S. hydrogen fueling infrastructure outside California.

But a case could be made that expansion of fueling infrastructure will have a greater impact on widespread adoption of fuel-cell vehicles than further motorsport excursions.

While the Mirai is by no means a performance car, it has appeared quite a few times at races over the past couple of years.

Prior to its competition debut at the e-Rally Monte Carlo, the Mirai appeared at a 2014 Japanese Rally Championship event, driving the course as part of a pre-race safety check.

Remarkably, a Mirai also served as the pace car for a NASCAR race last year.