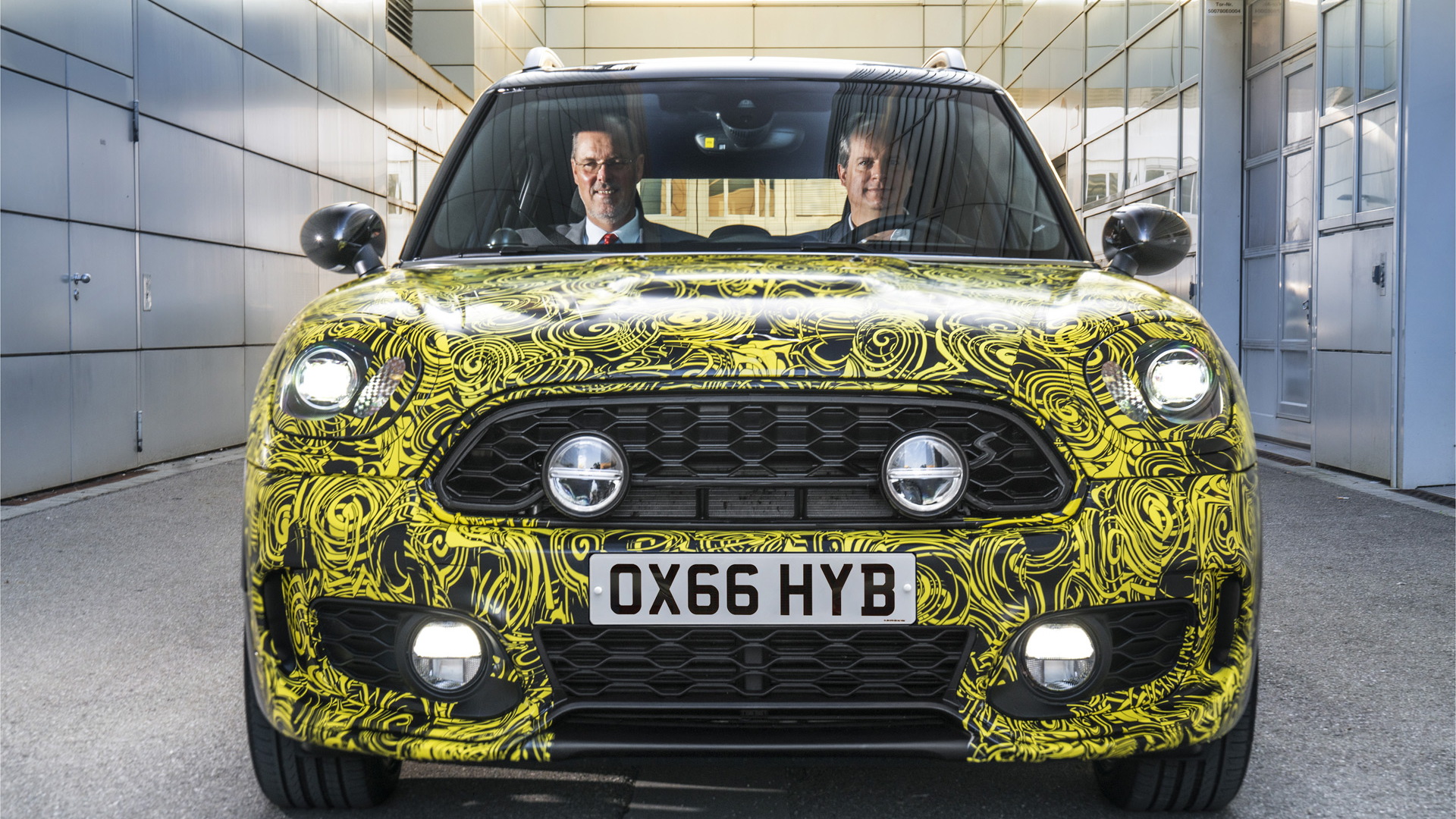 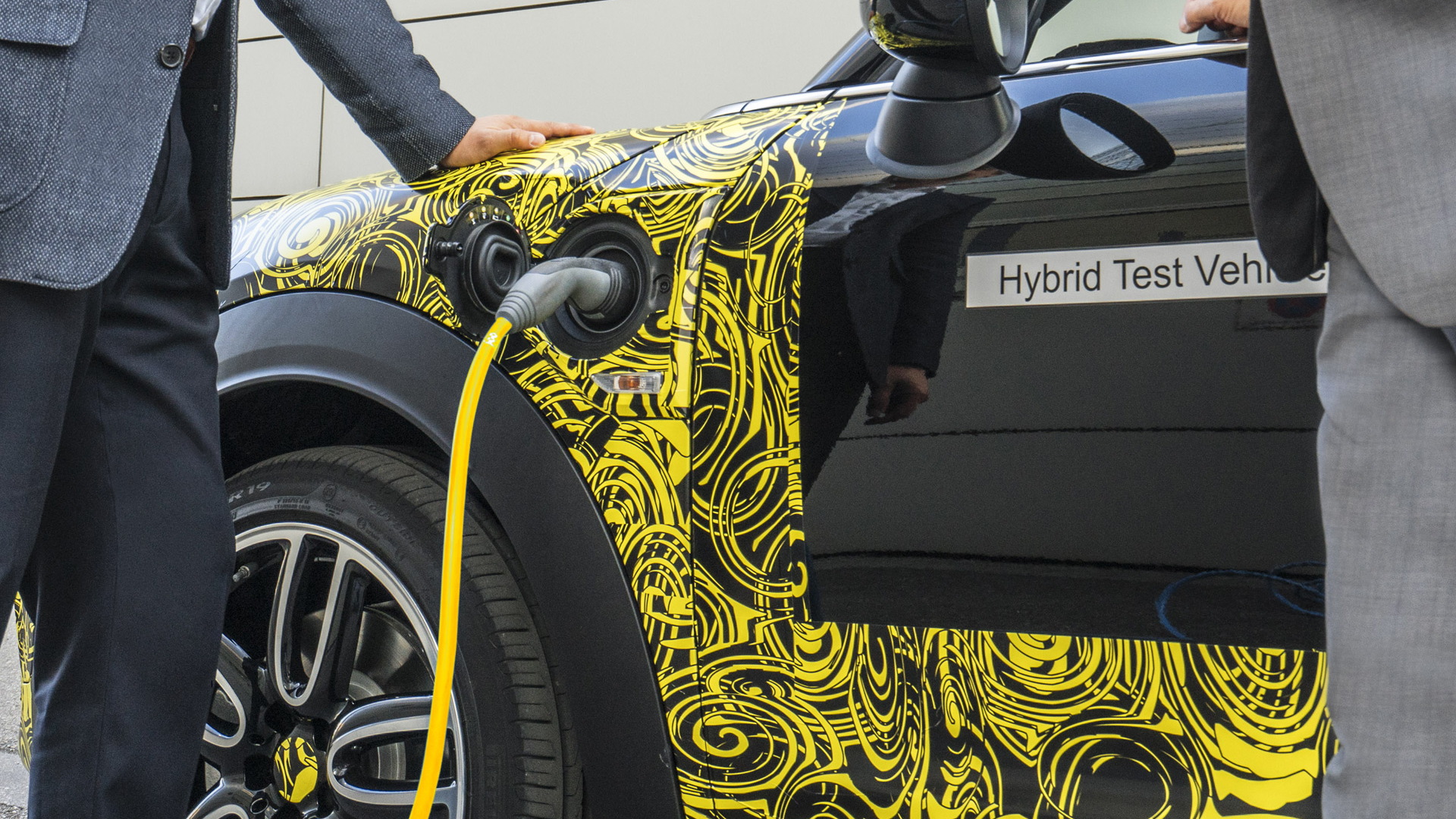 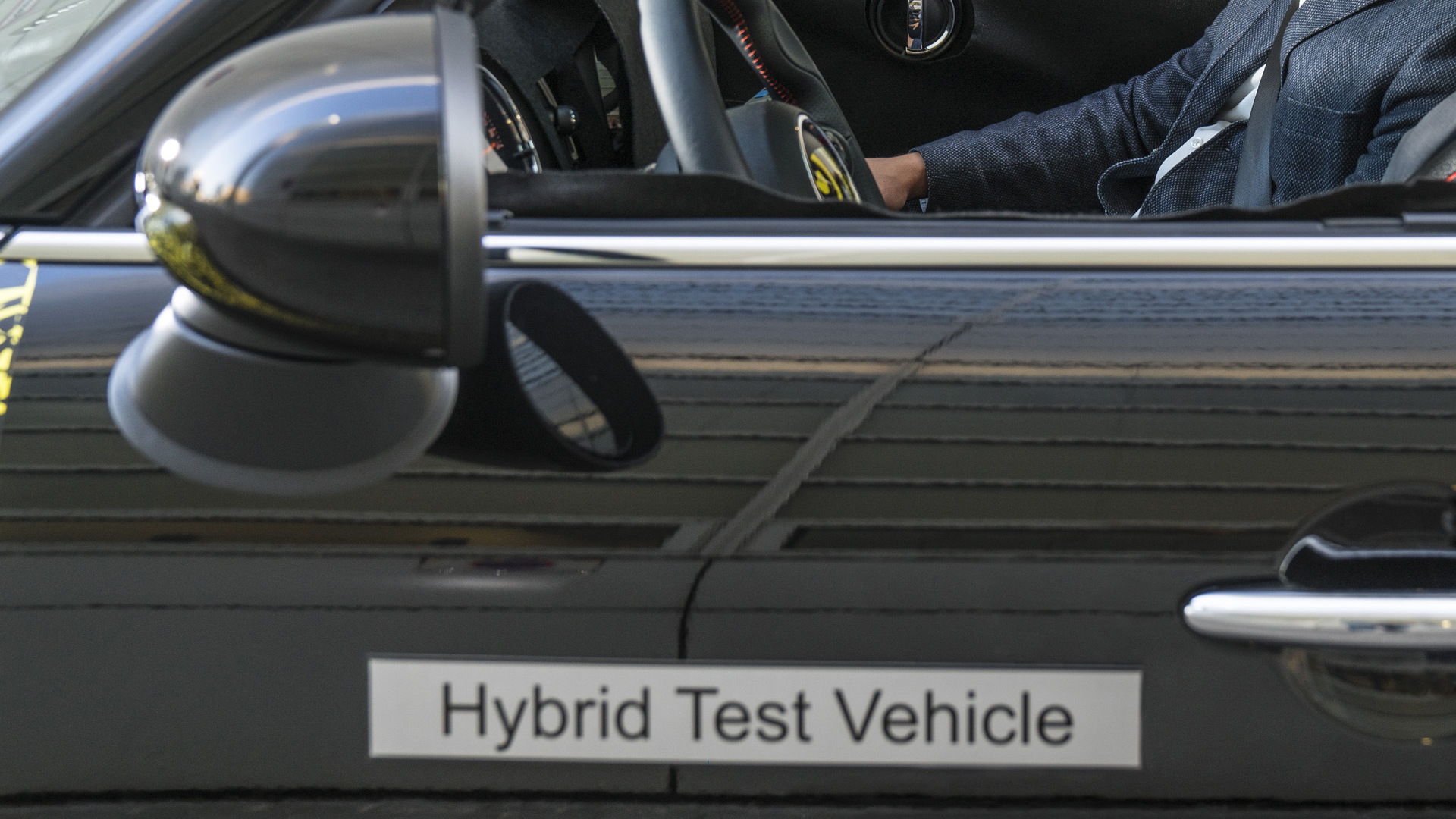 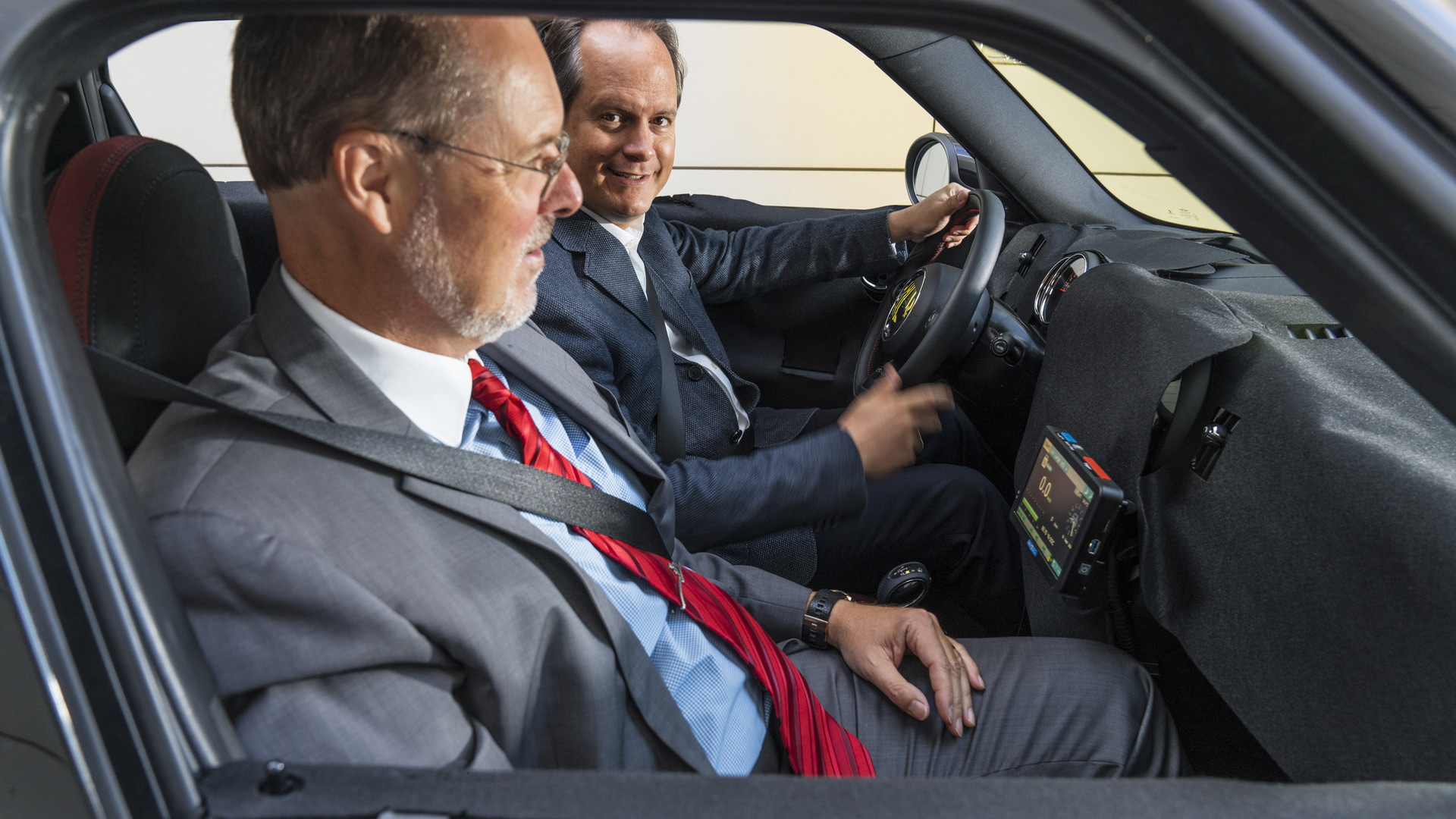 The next generation Mini Countryman crossover utility vehicle will be the brand's first model to offer a plug-in hybrid powertrain.

While it did not specifically say the model was a Countryman, the camouflaged prototype being driven by Mini executives Sebastian Mackensen and Peter Wolf certainly looks like one.

All reports have indicated Mini's first plug-in hybrid will be based on the crossover, its largest vehicle.

Mini offer few details regarding the powertrain, but noted that an electric motor is used to power the rear wheels, while the internal-combustion engine powers the front wheels.

That means the plug-in hybrid will have a "through-the-road" all-wheel drive system.

This indicates that the Countryman plug-in hybrid will use the same powertrain as the BMW 225xe Active Tourer sold in Europe.

Not to be confused with the rear-wheel drive 2-Series coupe and convertible sold in the U.S., Active Tourer models share the same front-wheel drive UKL platform as the latest generation of Mini models.

The 225xe uses a 1.5-liter turbocharged 3-cylinder engine—the same one used in current Mini models—and a six-speed automatic transmission to power its front wheels, with an electric motor powering the rear wheels.

The next-generation Countryman is expected to switch to the UKL platform, so it makes sense for it to use this powertrain.

As with other BMW Group plug-in hybrids, the Countryman will have multiple driving modes that use electric power to varying degrees.

The default "Auto eDrive" mode will allow electric-only operation at speeds up to 80 kph (49 mph), while "Max eDrive" raises the electric-only top speed to 125 kph (77 mph).

Finally, a "Save Battery" mode allows the driver to hold the battery pack at a given state of charge for later electric driving.

Mini noted that the powertrain is linked to the stability-control system, and will activate both the internal-combustion engine and electric motor purely to get power flowing to all four wheels if too much slip is detected.

Alongside the plug-in hybrid, other Countryman models will likely use a range of 3- and 4-cylinder gasoline engines, with front-wheel drive or all-wheel drive.

The next-generation Countryman may debut as early as the 2016 Los Angeles Auto Show next month, and go on sale next year.

Mini would not confirm a launch date for the plug-in hybrid, but it may arrive only sometime after the launch of other versions.

Separately, BMW executives confirmed that an all-electric Mini will be launched roughly three years from now.