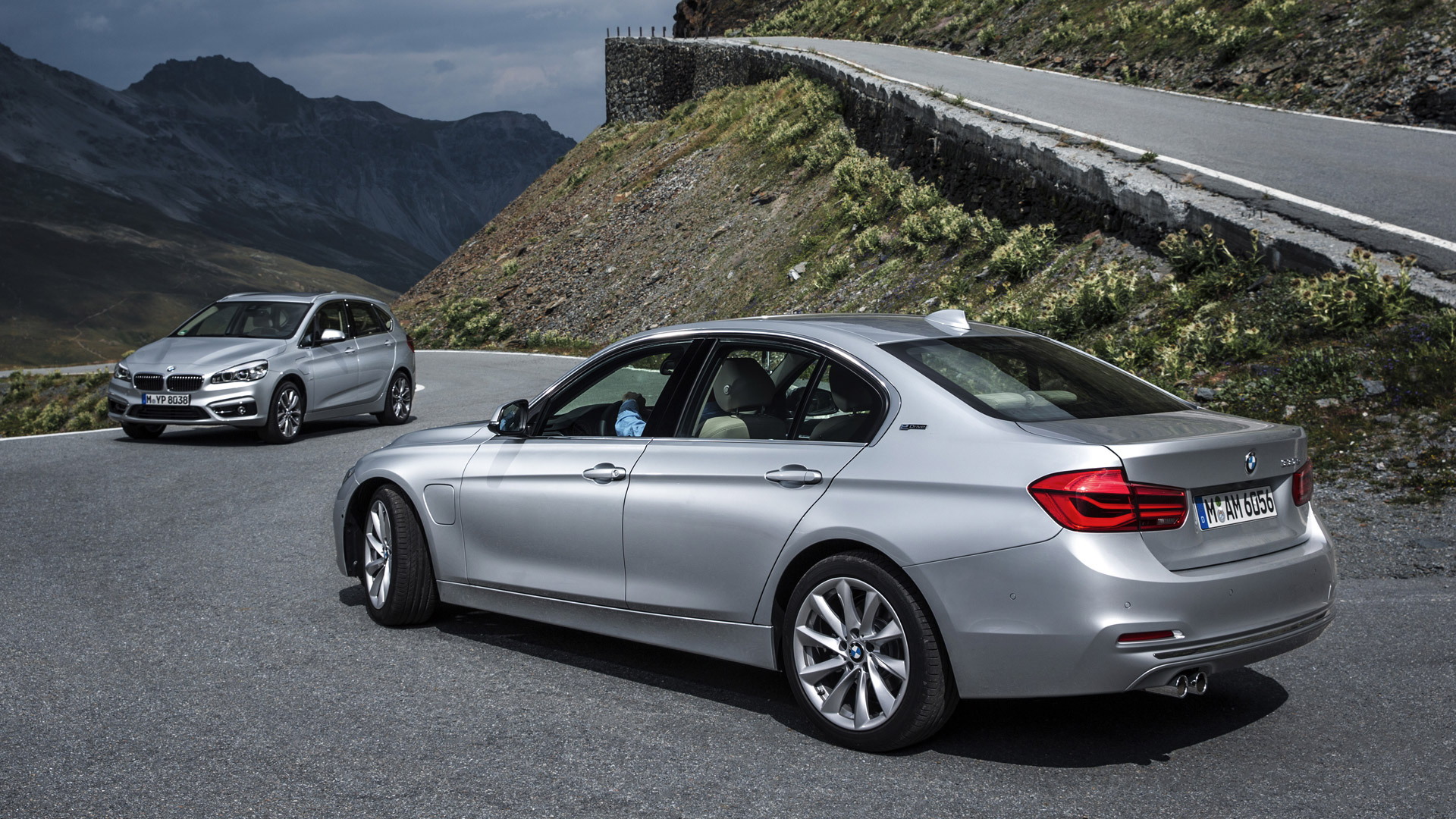 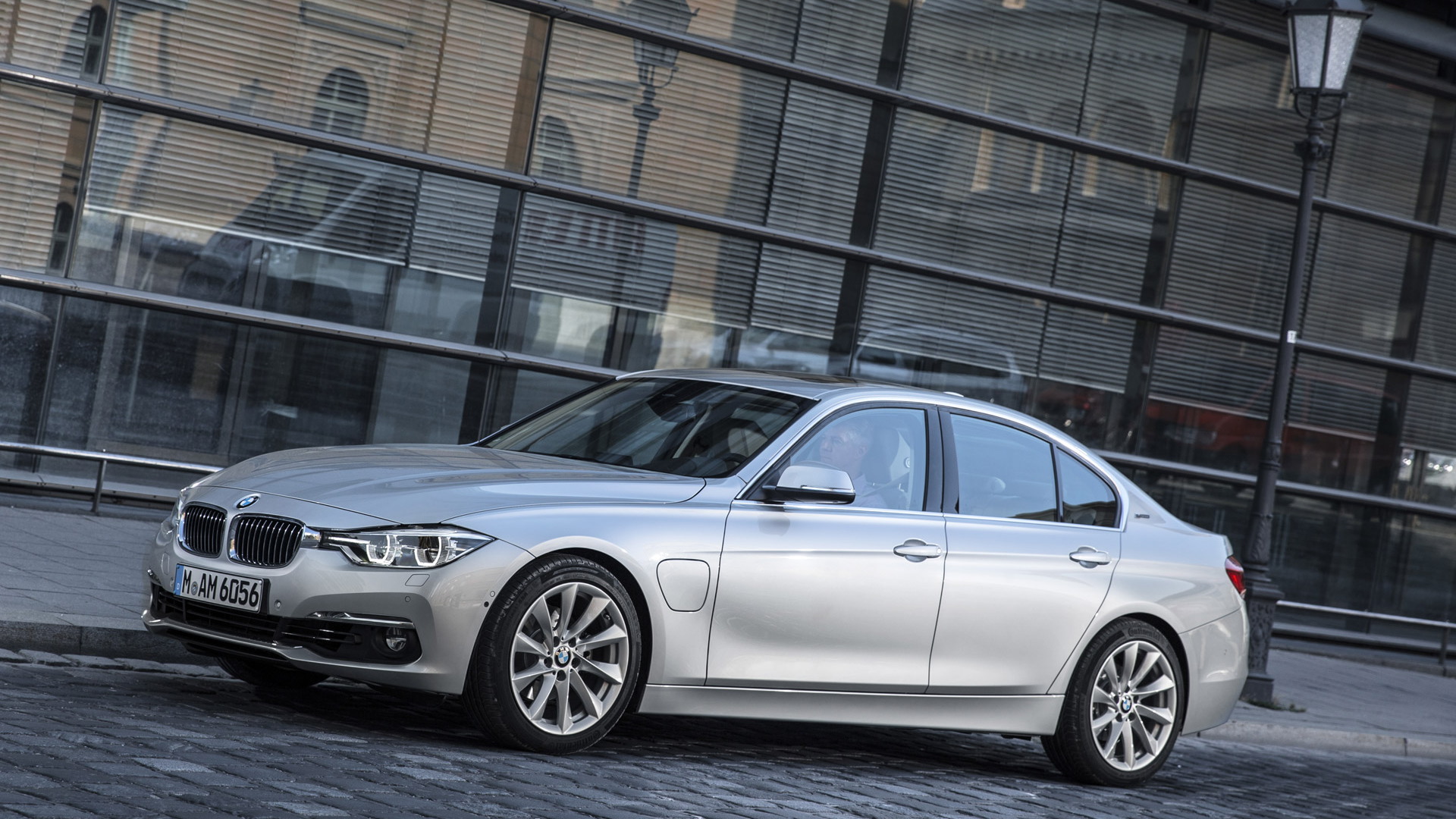 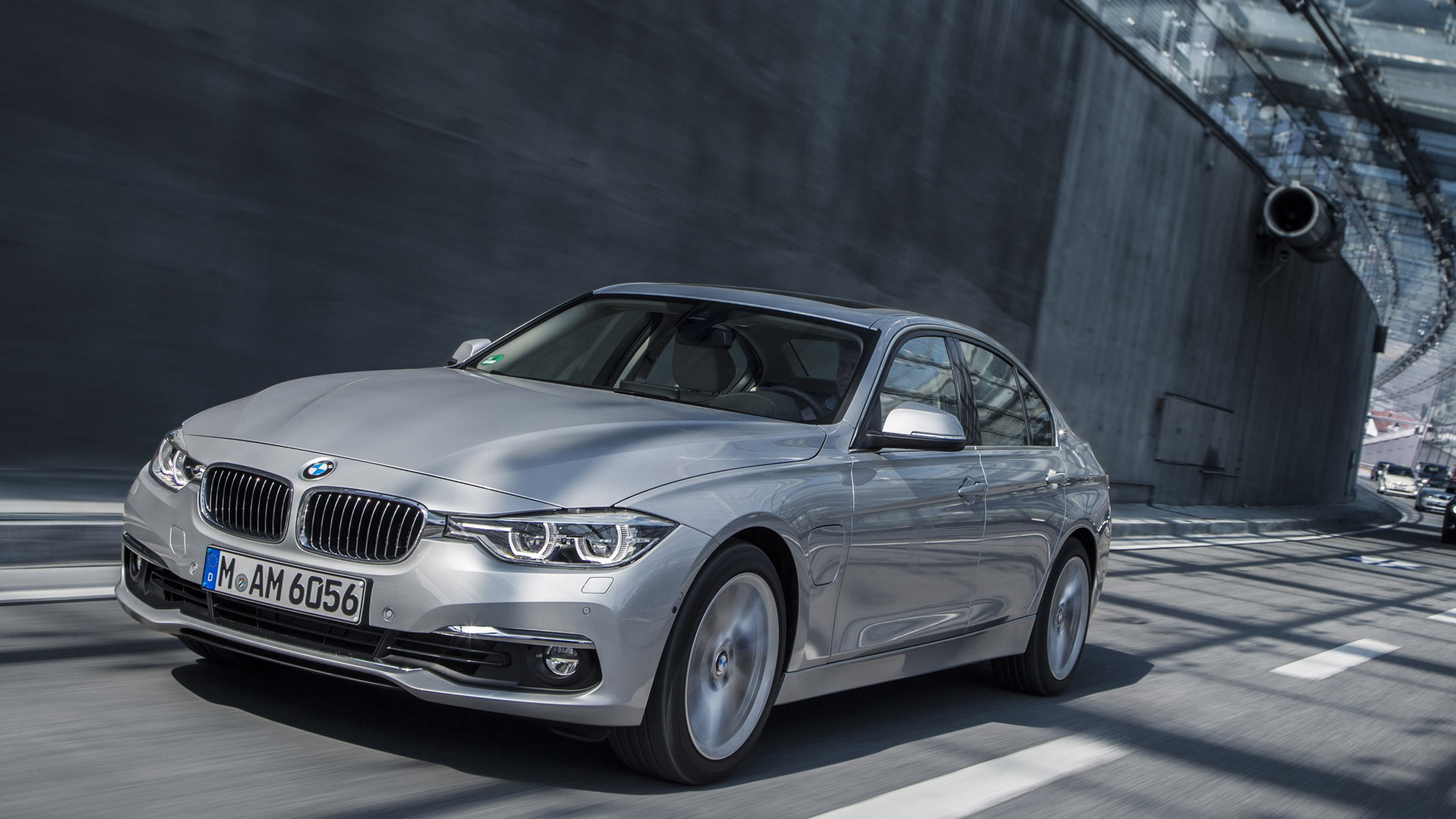 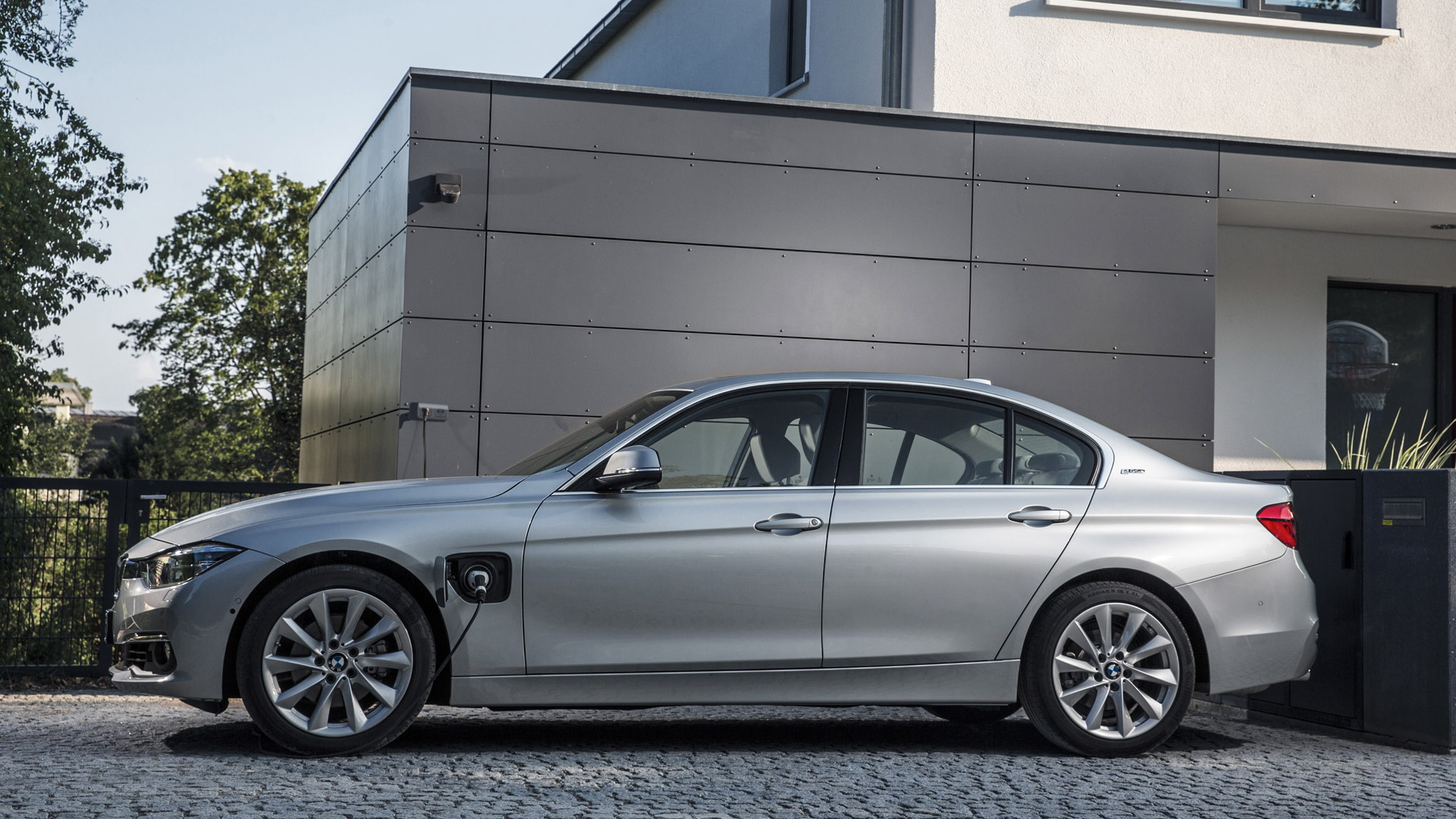 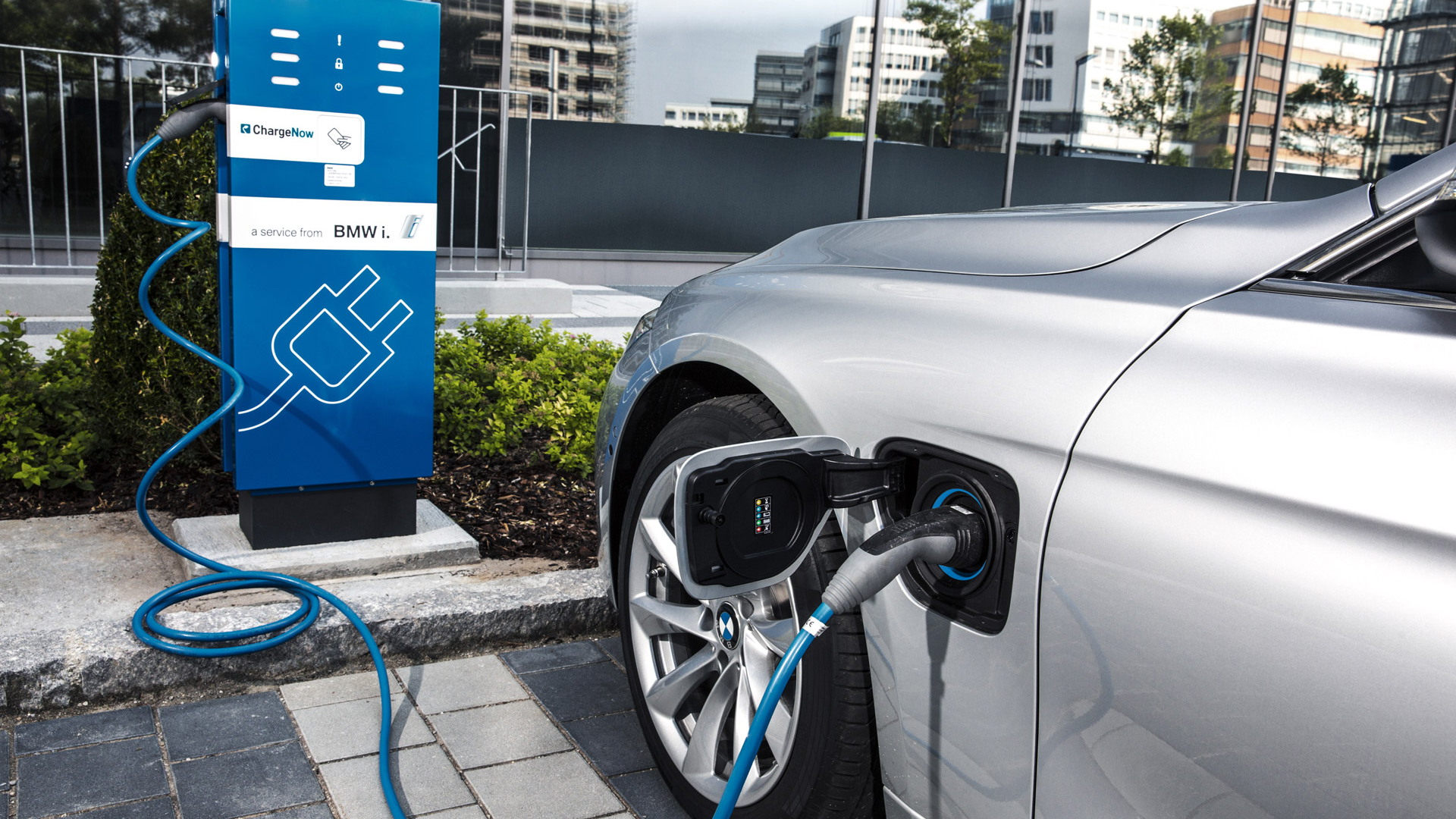 BMW has released details on the pair of new plug-in hybrids it will launch at the 2015 Frankfurt Motor Show, although only one will be offered for sale in the U.S.

The first is the 330e, a version of the 3 Series sedan whose plug-in hybrid model was briefly mentioned during the company's unveiling of a mid-cycle refresh of the lineup earlier this year.

The second new plug-in hybrid--which is not expected to come to North America--is the 225xe, a variant of the 2 Series Active Tourer that is only sold in Europe at the moment.

DON'T MISS: BMW To Add Another Plug-In Hybrid? If So, Not For U.S. Sale

BMW previously said that the 330e will use a turbocharged four-cylinder engine, along with an electric motor integrated with an eight-speed automatic transmission.

BMW has also claimed an electric-only range of about 25 miles, with a top speed of 75 mph. 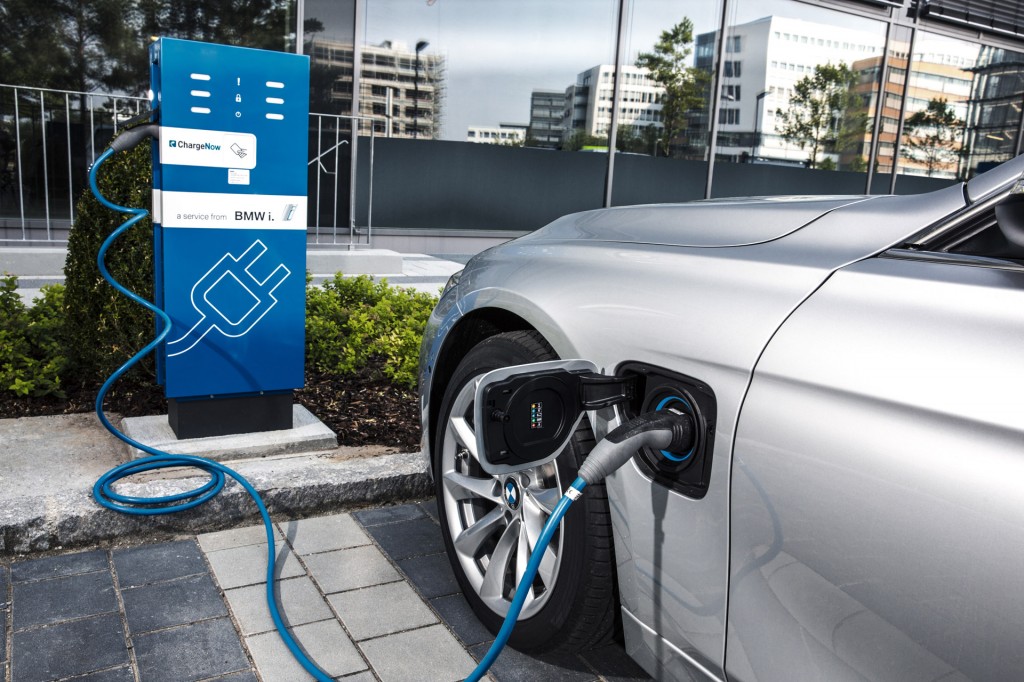 However, that range figure is based on the very optimistic European testing cycle; the U.S. EPA-rated range will likely be lower.

Not to be confused with the rear-wheel drive 2 Series coupe and convertible currently sold here, the 2 Series Active Tourer rides on the same front-wheel drive underpinnings used by current-generation MINI models.

BMW offered few details about the plug-in hybrid 225xe model's powertrain, but it will likely be similar to the prototype unveiled at the company's Innovation Days in July.

That prototype used a 1.5-liter turbocharged three-cylinder engine and six-speed automatic transmission to drive the front wheels, and an electric motor to drive the rear wheels--providing "through-the-road" hybrid all-wheel drive. 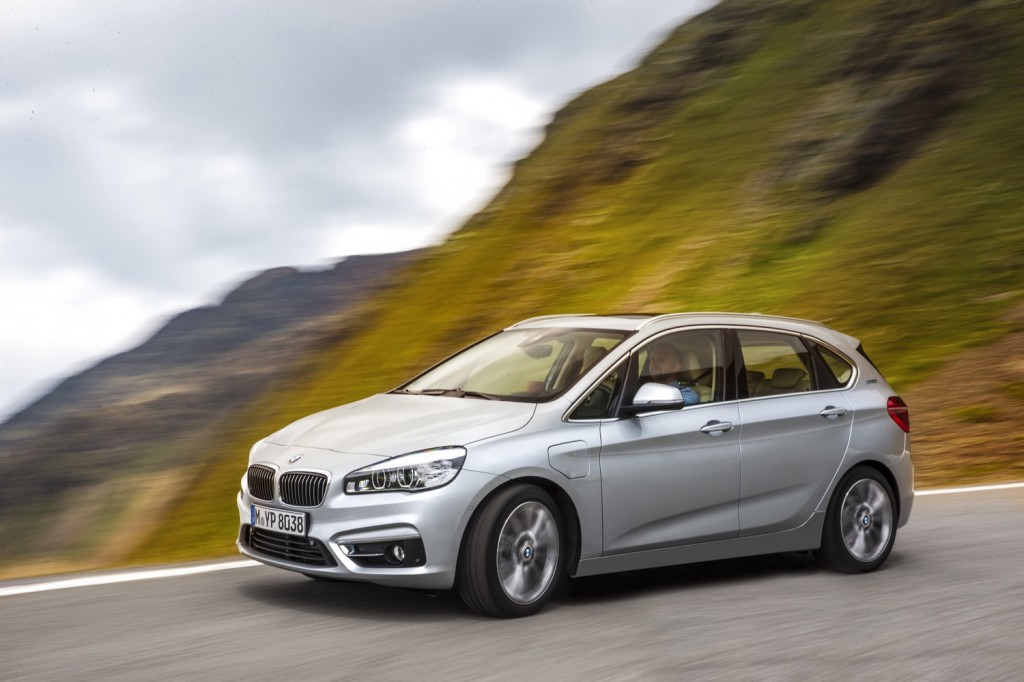 BMW did mention a three-cylinder engine in its Frankfurt press release, and "x" is the BMW nomenclature for all-wheel drive.

The prototype could do 0 to 62 mph in a claimed 6.5 seconds, and had an electric-only range of 23 miles (again, on the European testing cycle).

The company also offers a plug-in hybrid version of its 5 Series sedan in China.

For more 2015 Frankfurt Motor Show coverage, head over to our dedicated hub. Press days for the show begin September 15.