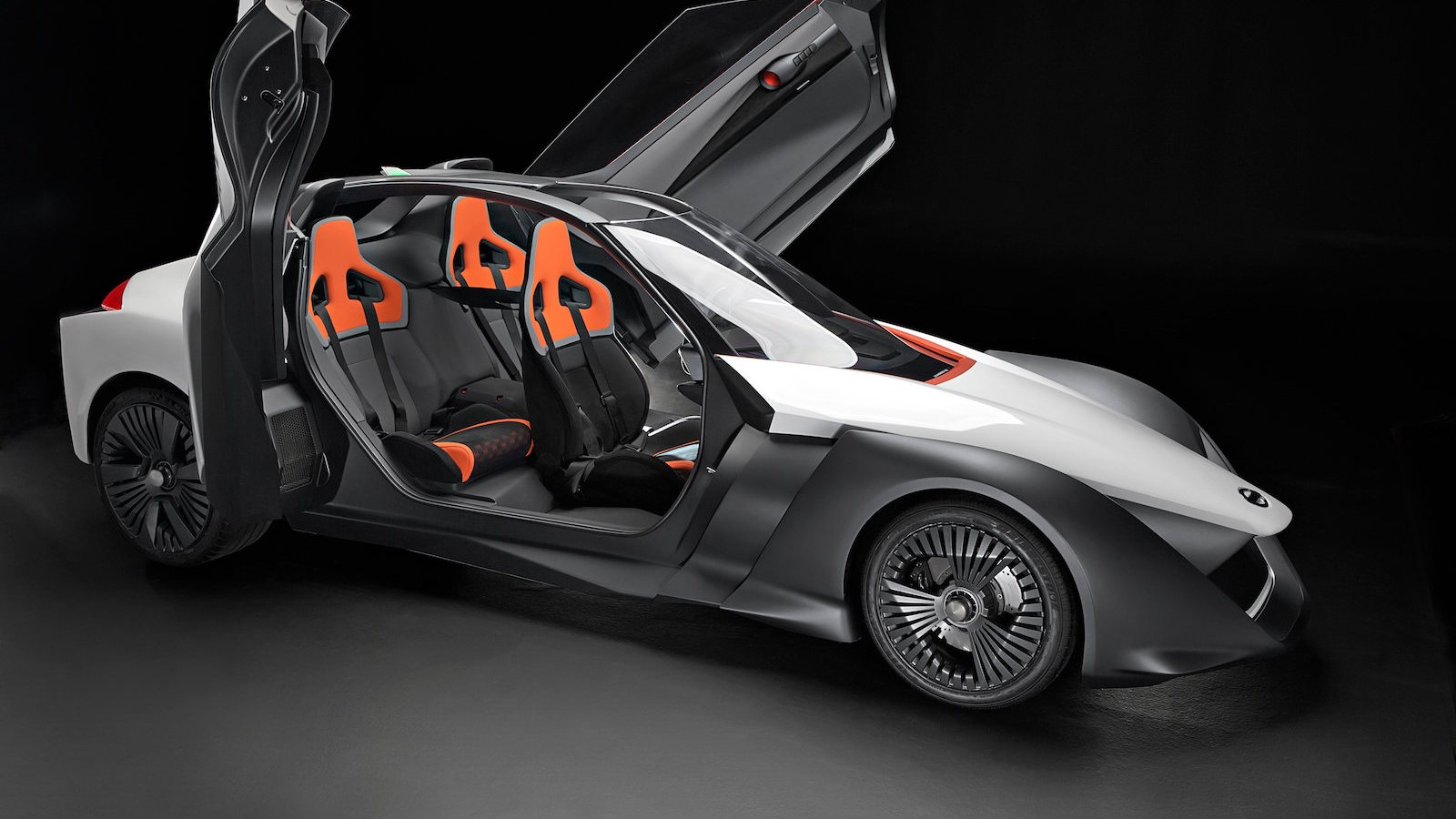 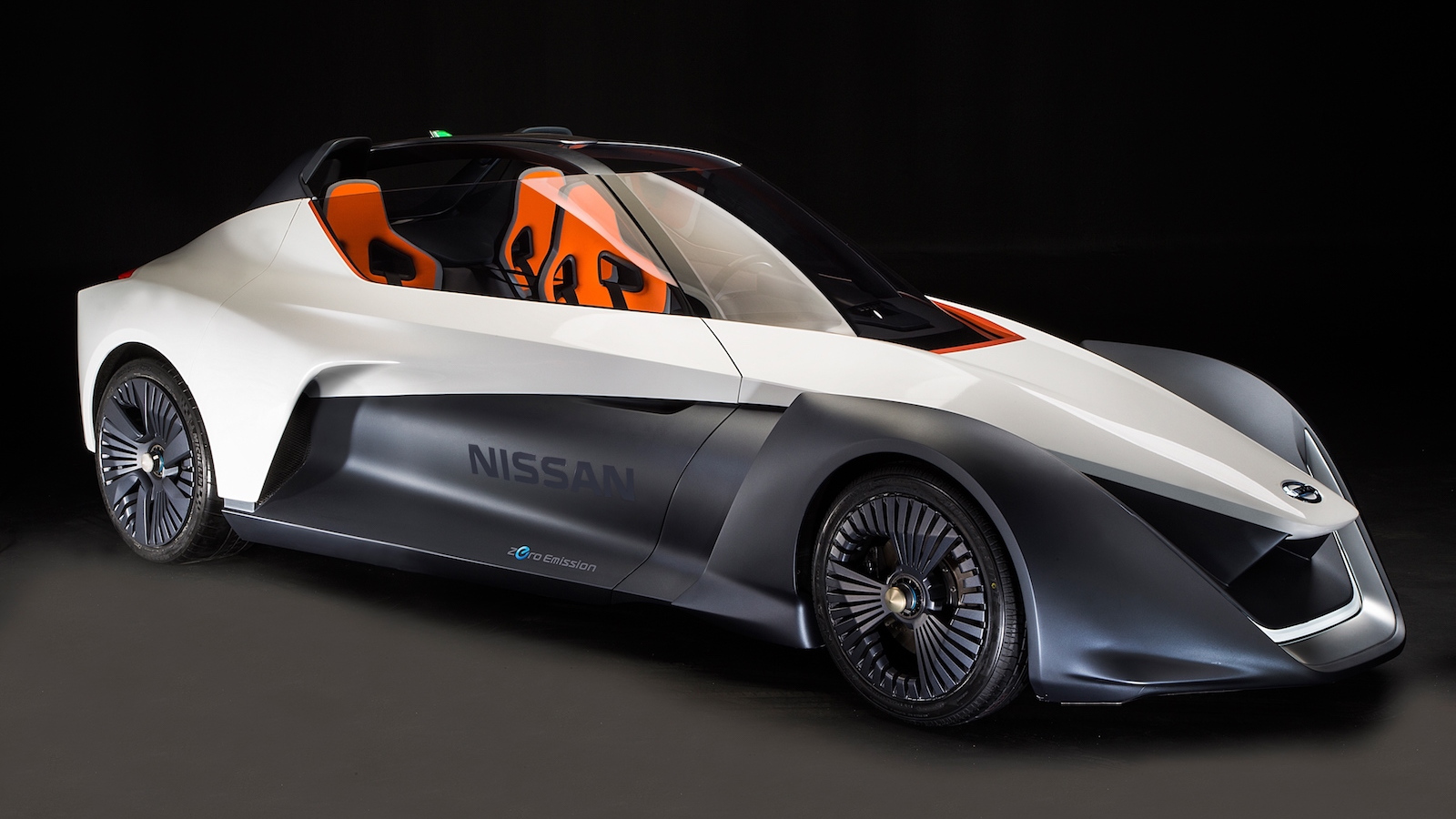 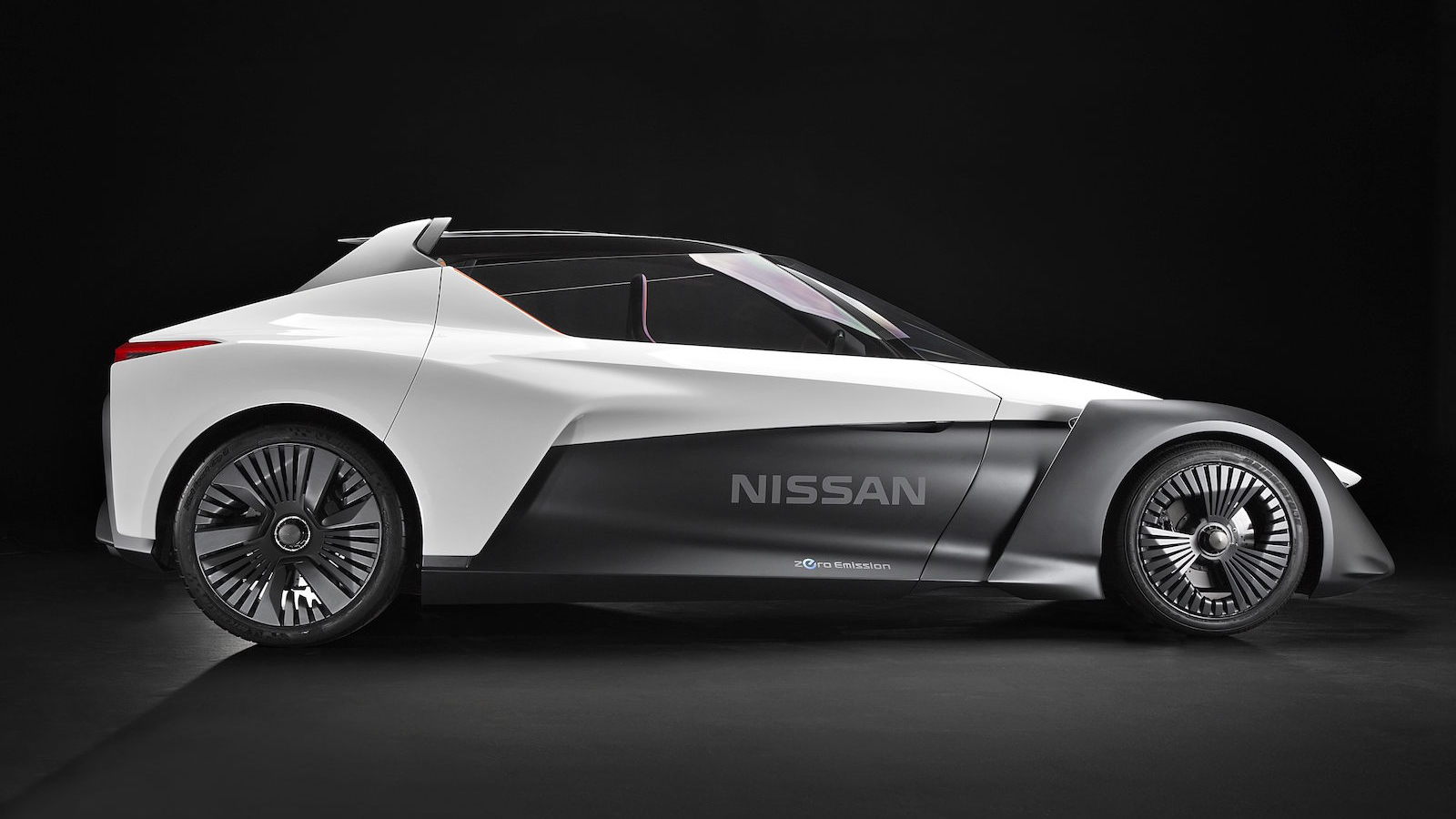 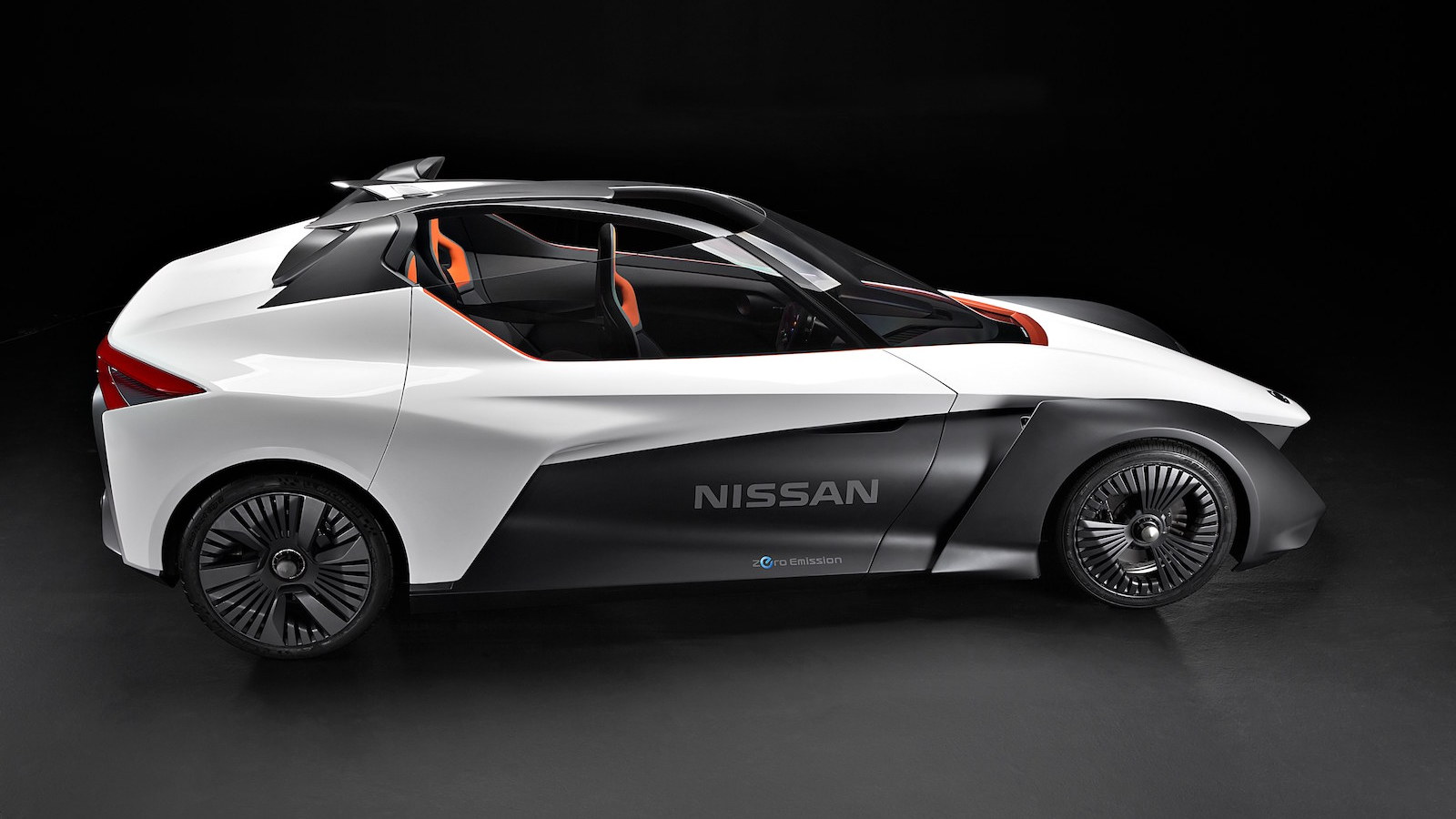 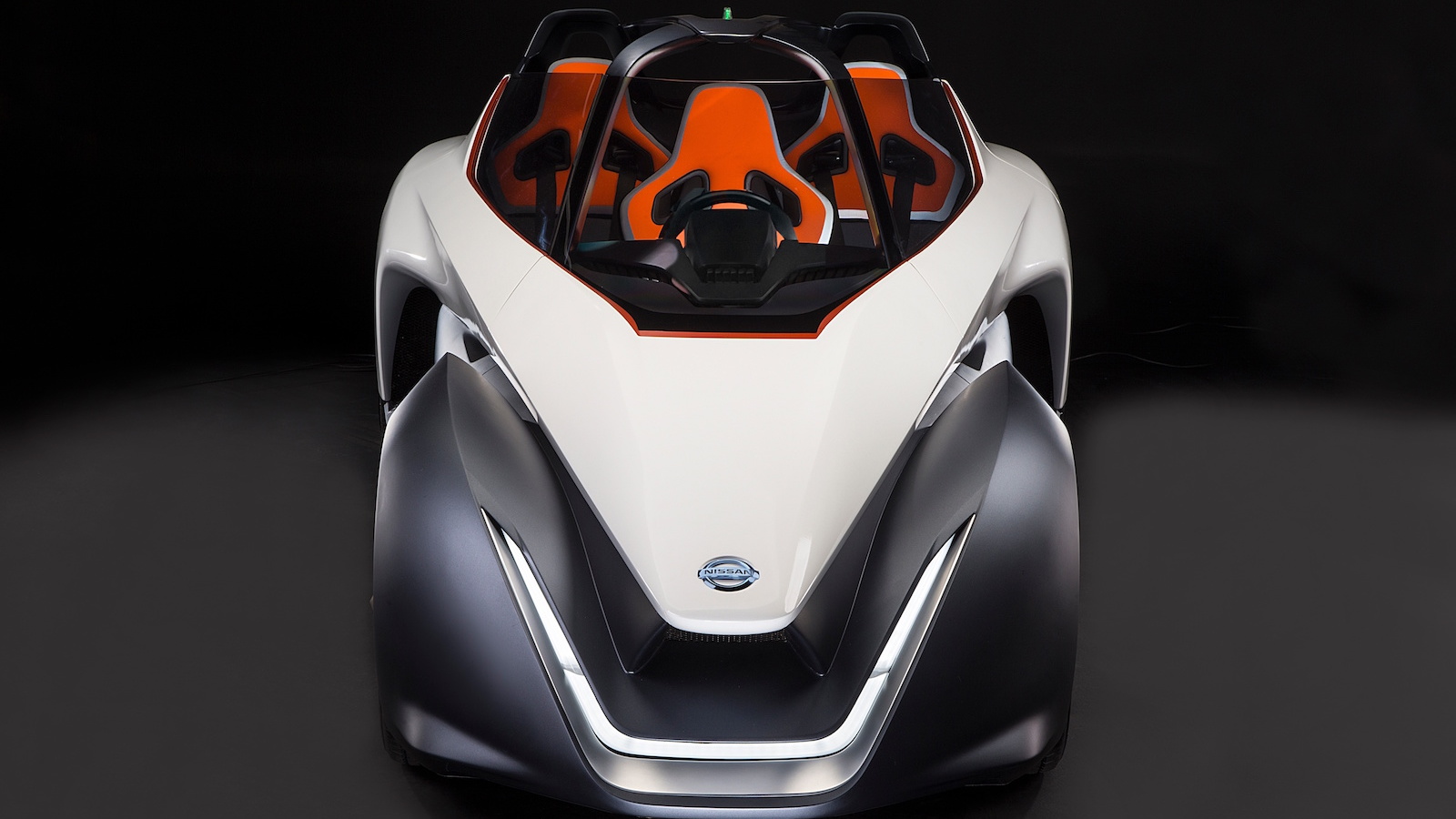 The Nissan BladeGlider electric sports car concept, which first appeared at the 2013 Tokyo Motor Show, is now back in the form of working prototypes that were unveiled in Brazil.

A pair of prototypes will be used during the Summer Olympics in Rio de Janeiro, with one car serving as a static display and another giving rides to VIPs.

The prototype maintain the radical shape of the original BladeGlider concept, with a very narrow front track and a wider rear.

This design is intended to increase aerodynamic efficiency by decreasing the frontal area—without sacrificing stability.

The BladeGlider bears a familial resemblance to the ZEOD RC and DeltaWing race cars previously campaigned by Nissan, although the latter was developed independent of the carmaker.

The DeltaWing company has promised its own road car using the same narrow front-end shape, and has fought Nissan in court over control of the idea.

Powertrain development was handled by Williams Advanced Engineering—the engineering arm of the Williams Formula One team.

Power comes from a pair of 130-kilowatt (174-horsepower) electric motors, one for each rear wheel.

The BladeGlider features a "1+2" seating configuration, with the driver placed in front of and between a pair of passenger seats.

Those seats have 4-point racing harnesses, and are trimmed in a blend of fabric and epoxy resin.

That's meant to make the seats grippier, in order to better hold occupants in place during aggressive driving.

Most of the driver controls are placed on the steering wheel, and a series of screens take the place of traditional gauges.

External cameras are also used in place of side-view mirrors, something several carmakers are trying to get U.S. regulators to approve.

Aside from their appearance at the Rio Olympics, Nissan doesn't appear to have any concrete future plans for the two BladeGlider prototypes.

However, their existence certainly shows that Nissan is interested in an electric sports car of some kind.