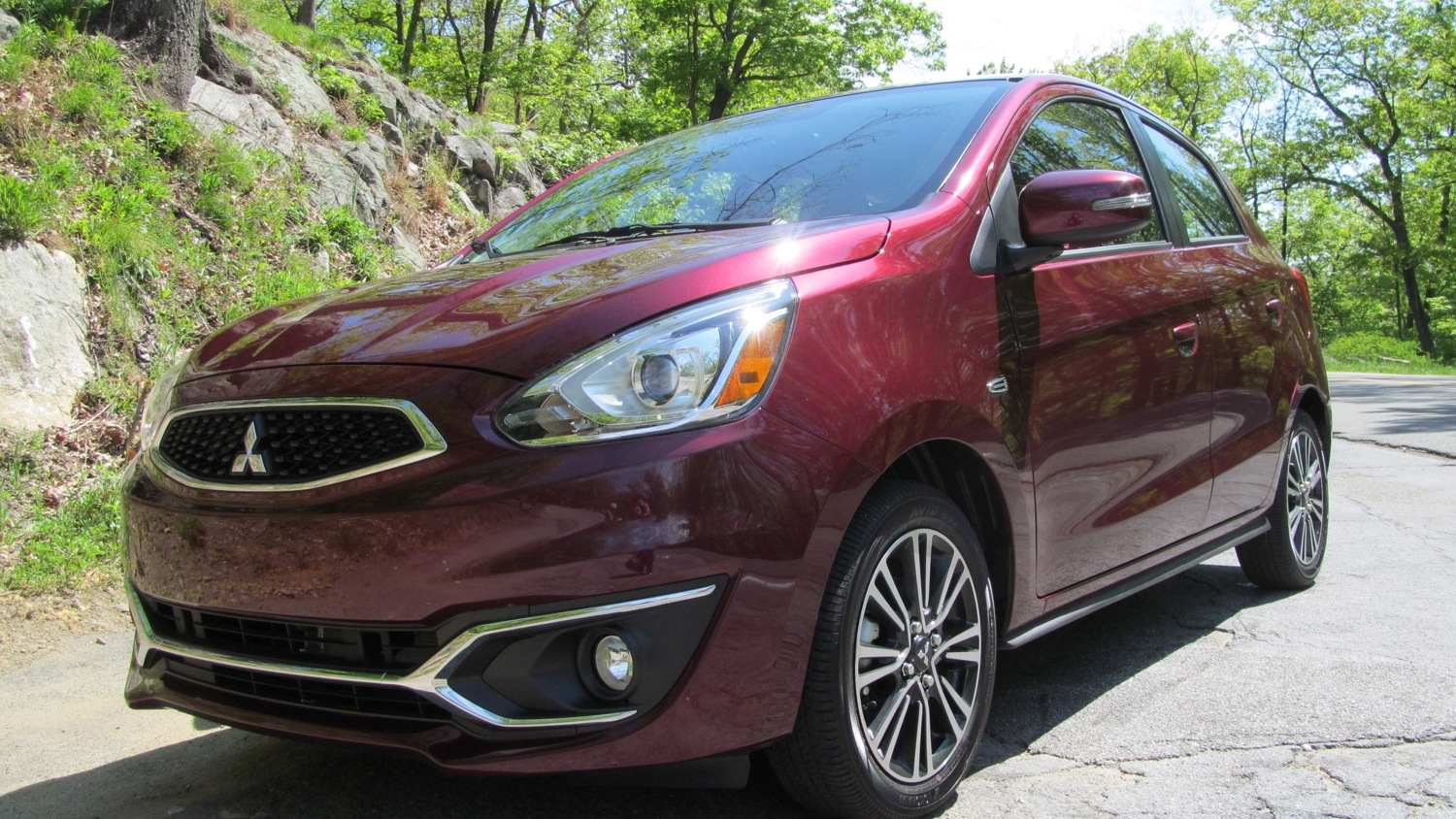 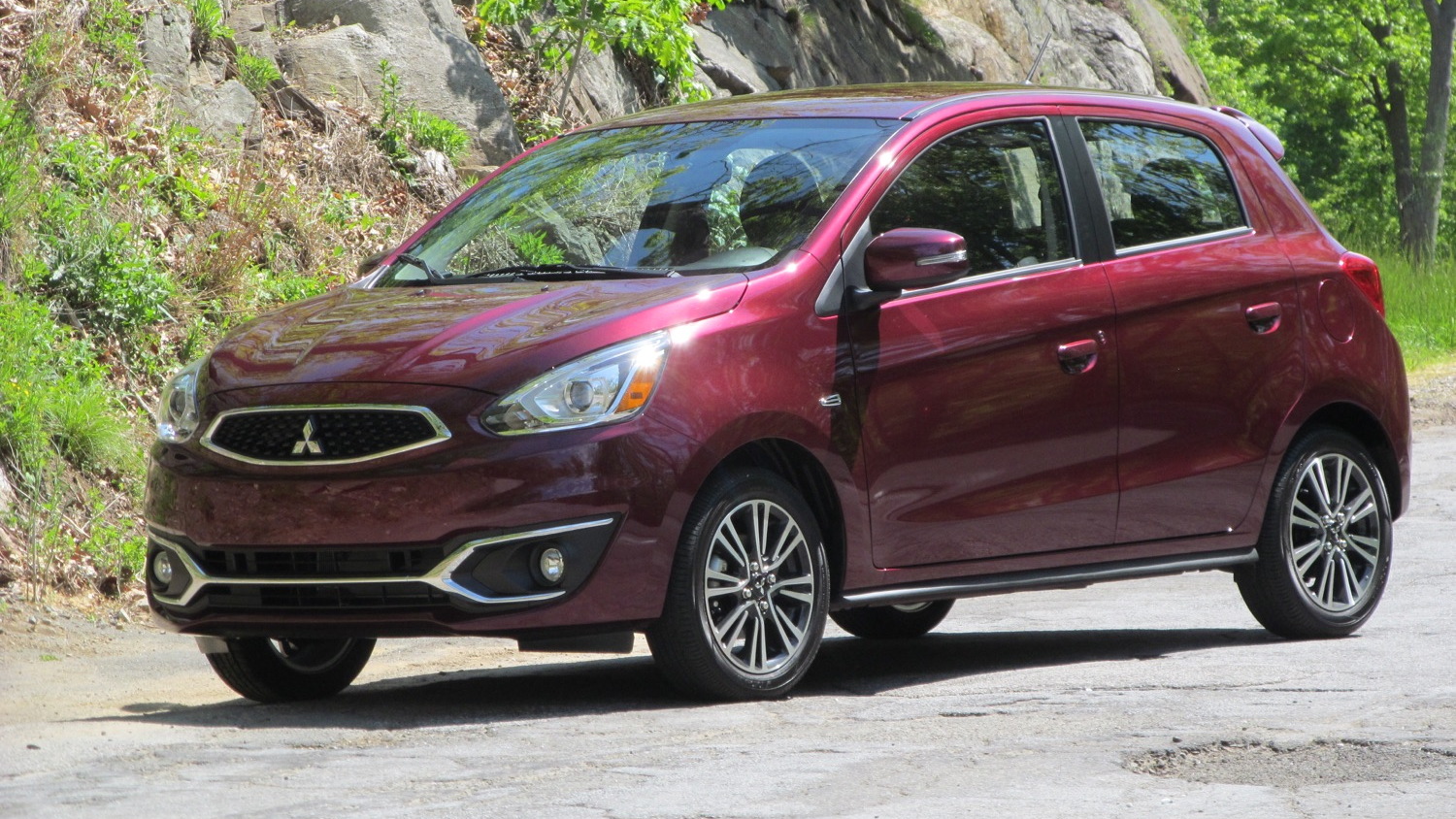 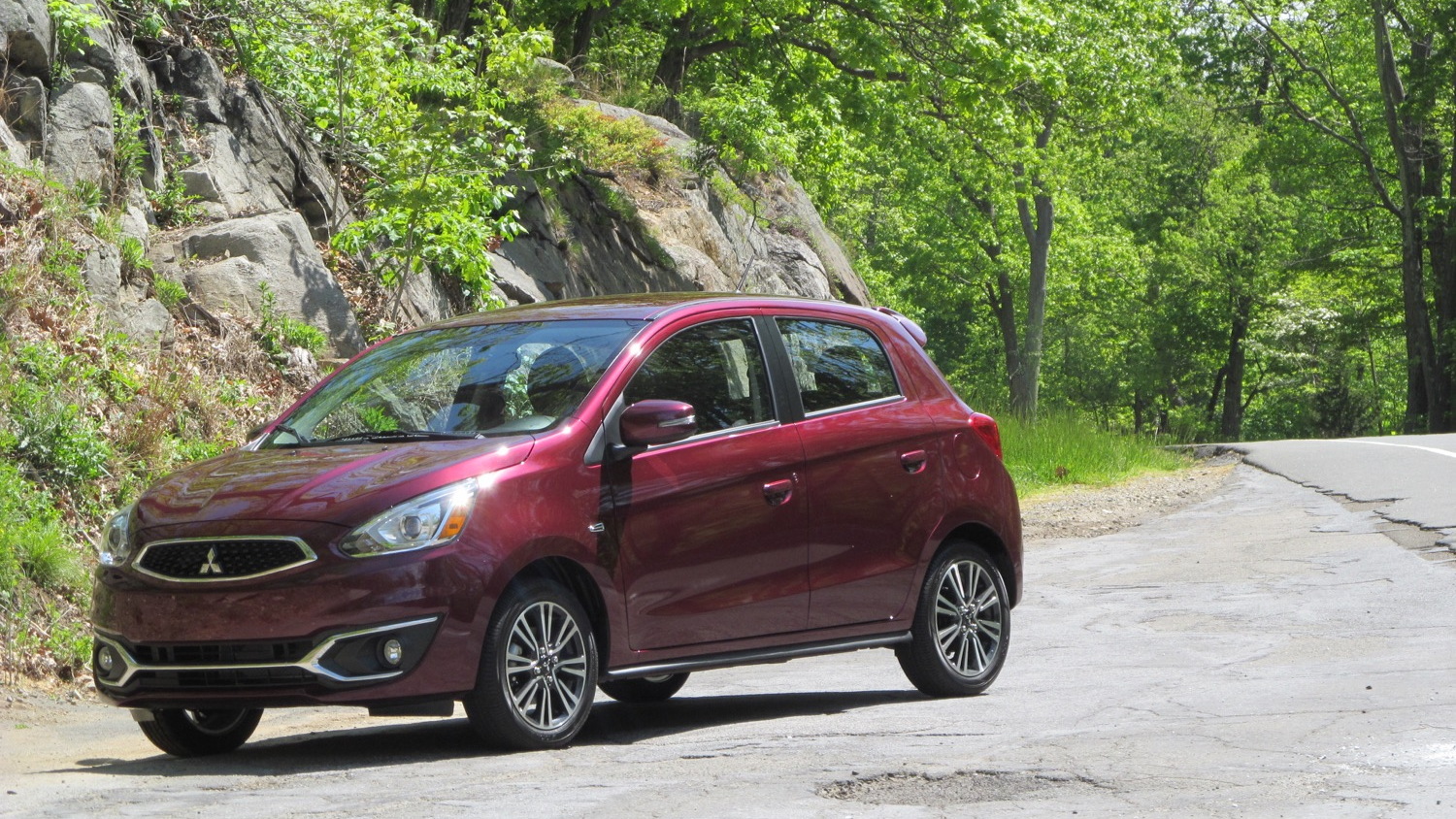 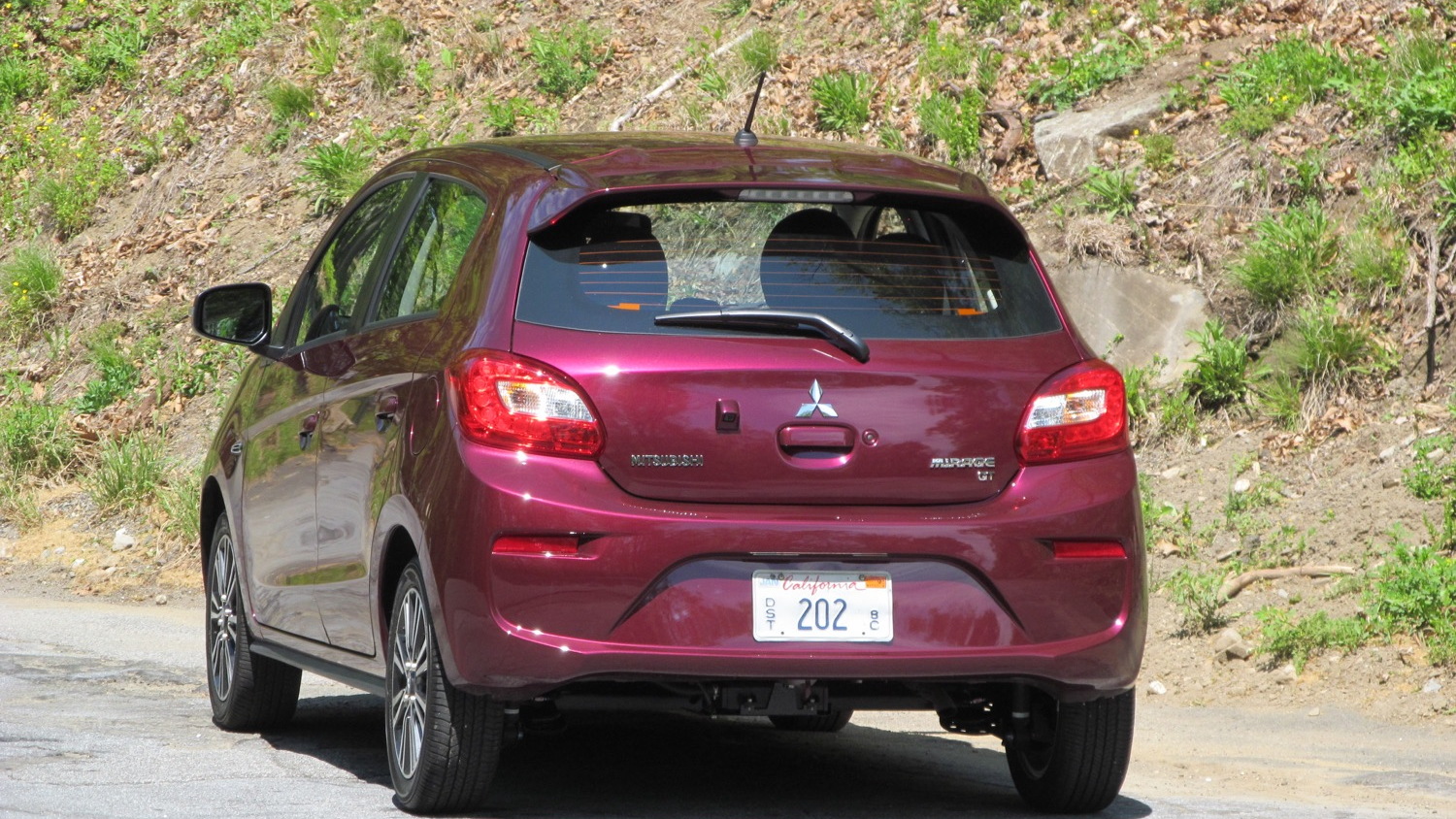 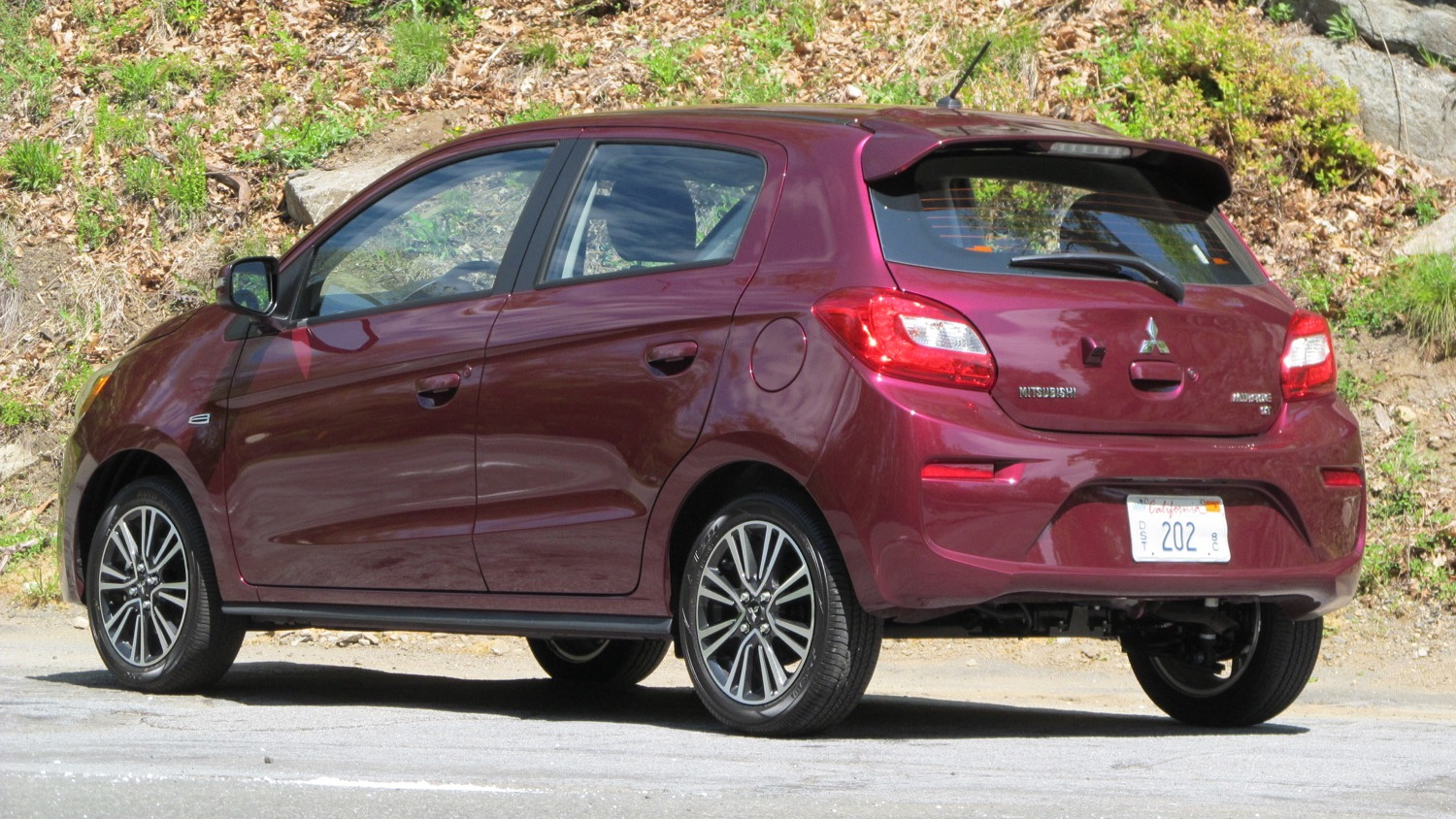 The Mitsubishi Mirage small car has been an unexpected sales success.

Over the past couple of years, the subcompact Mitsubishi managed to outsell some hybrid models, and posted sales increases even as sales of other subcompacts declined.

That’s despite Mitsubishi skipping the 2016 model year while it prepared a refreshed Mirage lineup for 2017.

The 2017 Mirage hatchback debuted at the 2015 Los Angeles Auto Show last fall, and we finally had a chance to drive it in New York’s Hudson Valley last week.

So can Mitsubishi keep a good thing going?

Much of the Mirage’s appeal stems from the car’s fuel efficiency, and the new model shouldn’t disappoint in that department.

It retains the 2015 Mirage’s 1.2-liter three-cylinder engine, which drives the front wheels through either a five-speed manual transmission or a continuously variable automatic transmission (CVT).

Our test car had the CVT, and in that configuration the Mirage is rated at 39 mpg combined (37 mpg city, 43 mpg highway) by the EPA.

We didn’t get to confirm those numbers on our short drive route, but it’s worth noting that the 2017 model loses 1 mpg in the combined and highway categories compared to the 2015.

Driving the Mirage around back roads and a stretch of parkway near New York’s Bear Mountain State Park showed just how little power that really is.

While perfectly adequate at lower speeds, the Mirage remains slightly unpleasant to drive at anything above 45 mph.

One of the realities of driving a car with such a small engine is that the car’s responses can be a bit sluggish.

Passing maneuvers and merges take a fair amount of planning and commitment, and the engine moans in disapproval when you put your foot down.

Other mechanical changes for 2017 include suspension that's finally been tuned specifically for the North American market, as well as bigger brakes.

Previous versions of the Mirage used the same suspension as markets with more primitive roads, which caused the car to wallow and roll.

The updated model rides comfortably enough, but its handling still won’t be mistaken for that of a sports car.

The suspension soaked up bumps nicely, but cornering maneuvers were still accompanied by significant body roll.

In addition to the mechanical changes, Mitsubishi gave the 2017 Mirage a thorough styling update.

It now sports a more conventional front-end design with upper and lower grille openings, as opposed to the previous smooth and rounded design.

The new face, along with details like fog lights and a bulge in the center of the hood, make the Mirage look a little more substantial than its anonymous-looking predecessor.

Mitsubishi claims the changes lower the drag coefficient from 0.28 to 0.27, and that a change to the angle of the rear spoiler helps reduce front-end lift.

Meanwhile, the interior is plainly styled, but with materials that seem fairly high-quality considering the car’s price range.

The dashboard now features a touchscreen display for audio and smartphone functions, but there are plenty of backup analog buttons and a nice, simple analog gauge cluster.

Mitsubishi says it used new seat material front and rear, but the seats are still rock hard, with flat and unsupportive bottom cushions.

Thanks in part to a relatively tall roof, the Mirage at least feels decently spacious, even in the back seat.

Thanks to the addition of Apple CarPlay and Android Auto, the 2017 Mirage does well on the technology front.

Both systems allow a driver to use the car’s built-in controls to access smartphone functions.

They do this in a more straightforward manner than most of the systems developed in-house by carmakers themselves.

Our test car was the top GT model, one of three Mirage trim levels along with the base ES and the mid-level SE.

It starts at $17,330 (including destination), and came to us without any optional equipment.

That price is $3,500 more than the cheapest Mirage—a base ES model with the five-speed manual transmission.

The 2017 model-year upgrades add a bit more polish to the Mirage, but the story is still the same.

The Mirage boasts impressive fuel economy and technology at a low price, but doesn’t give drivers too much else.