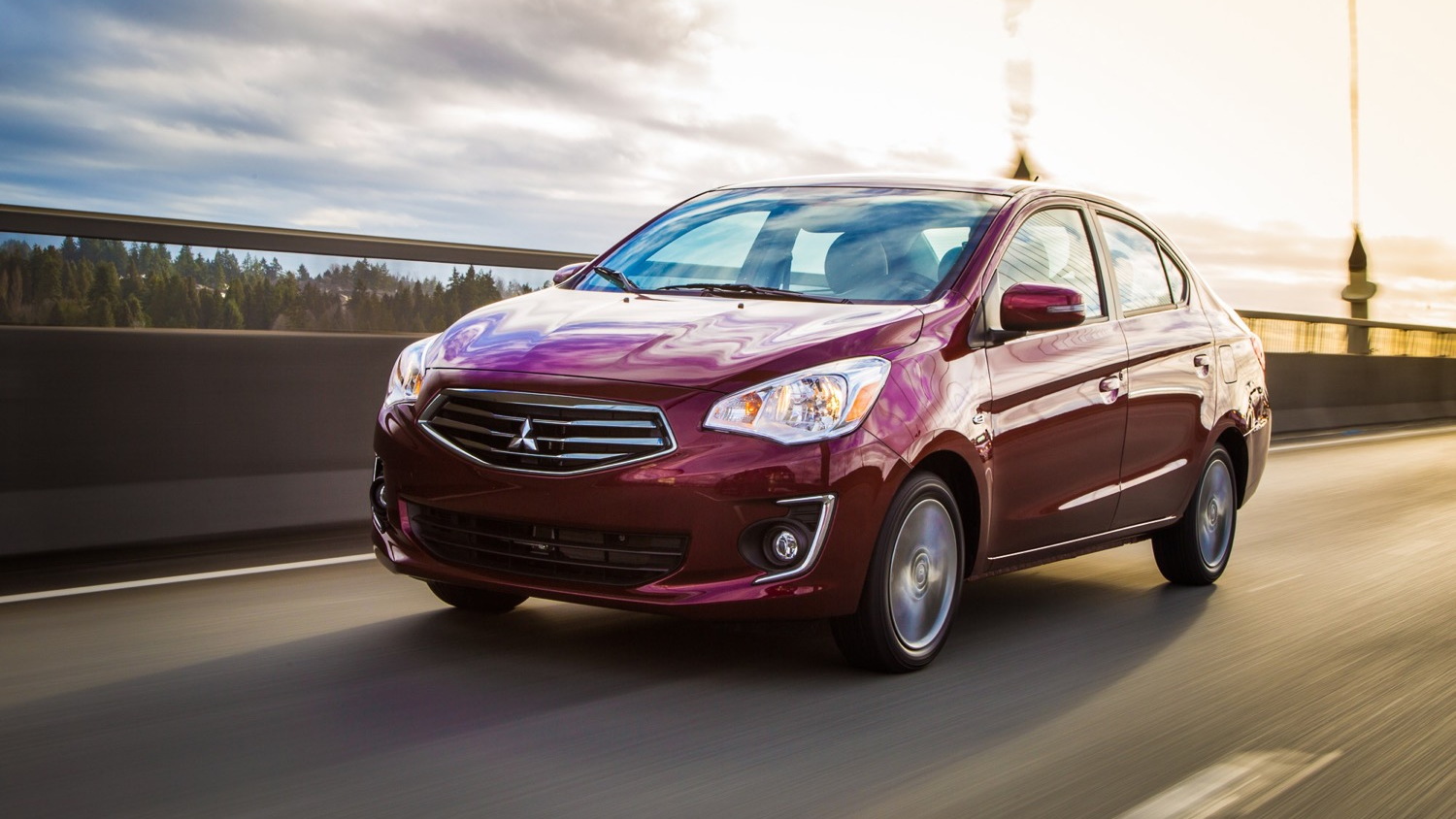 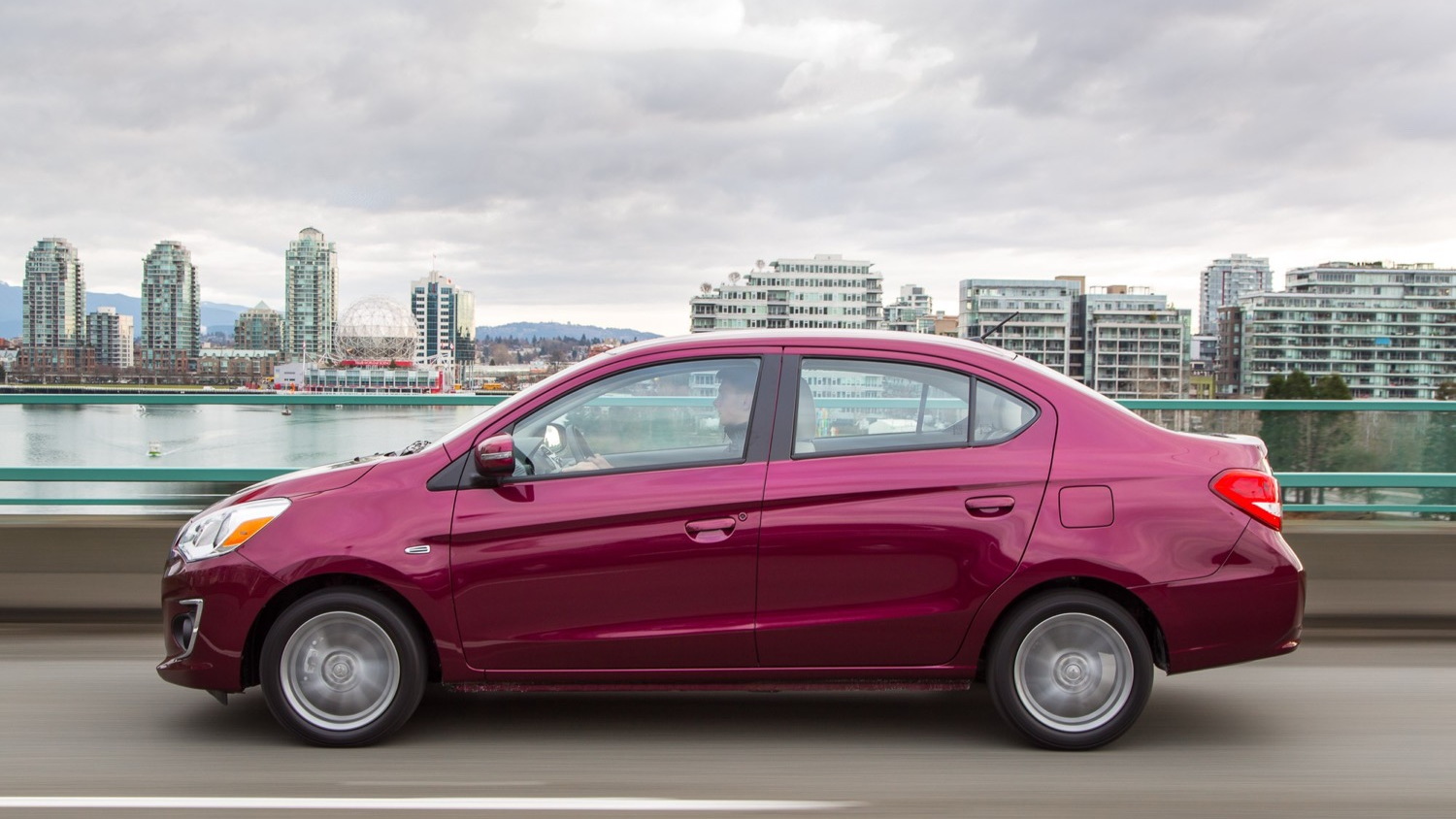 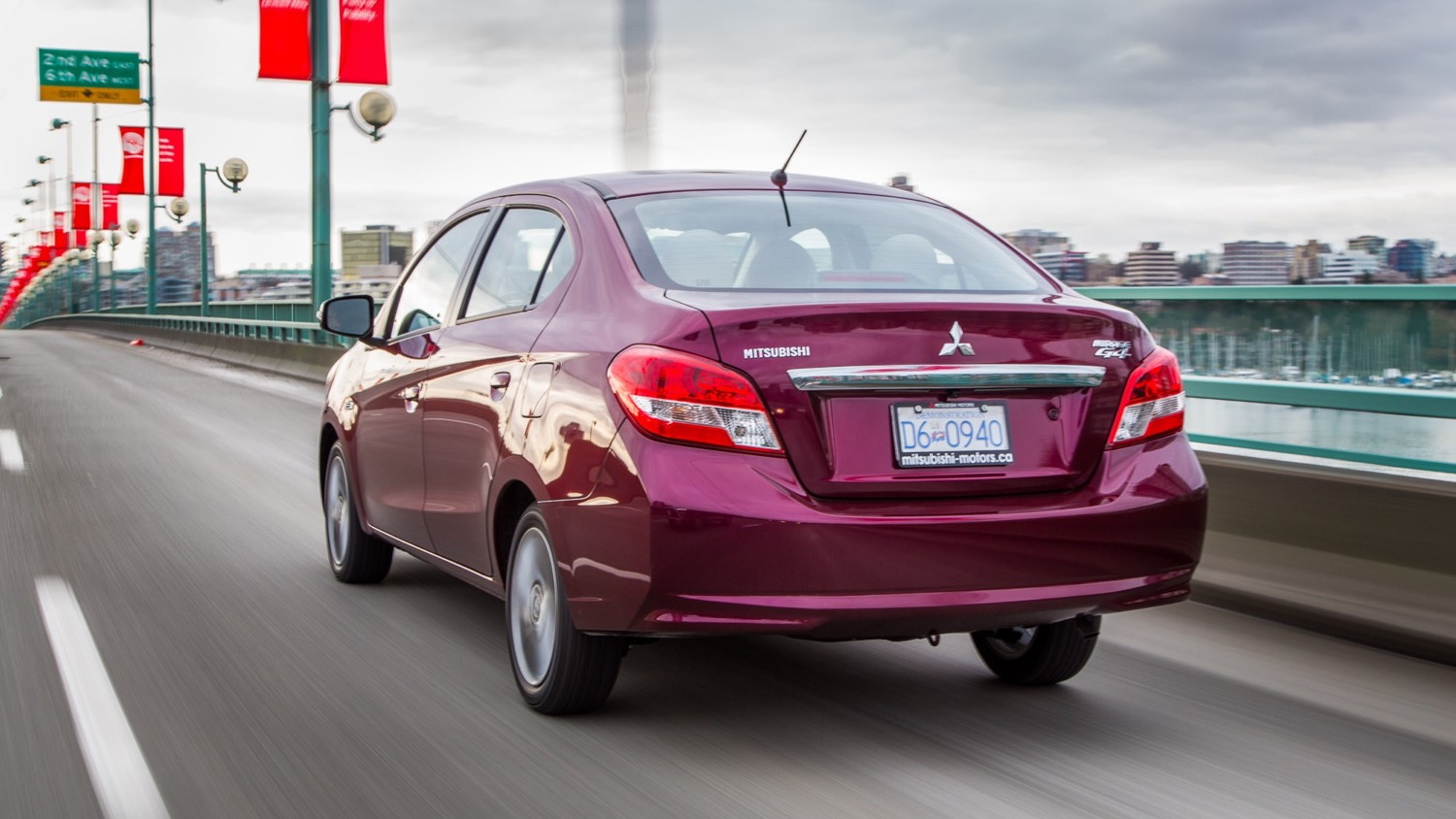 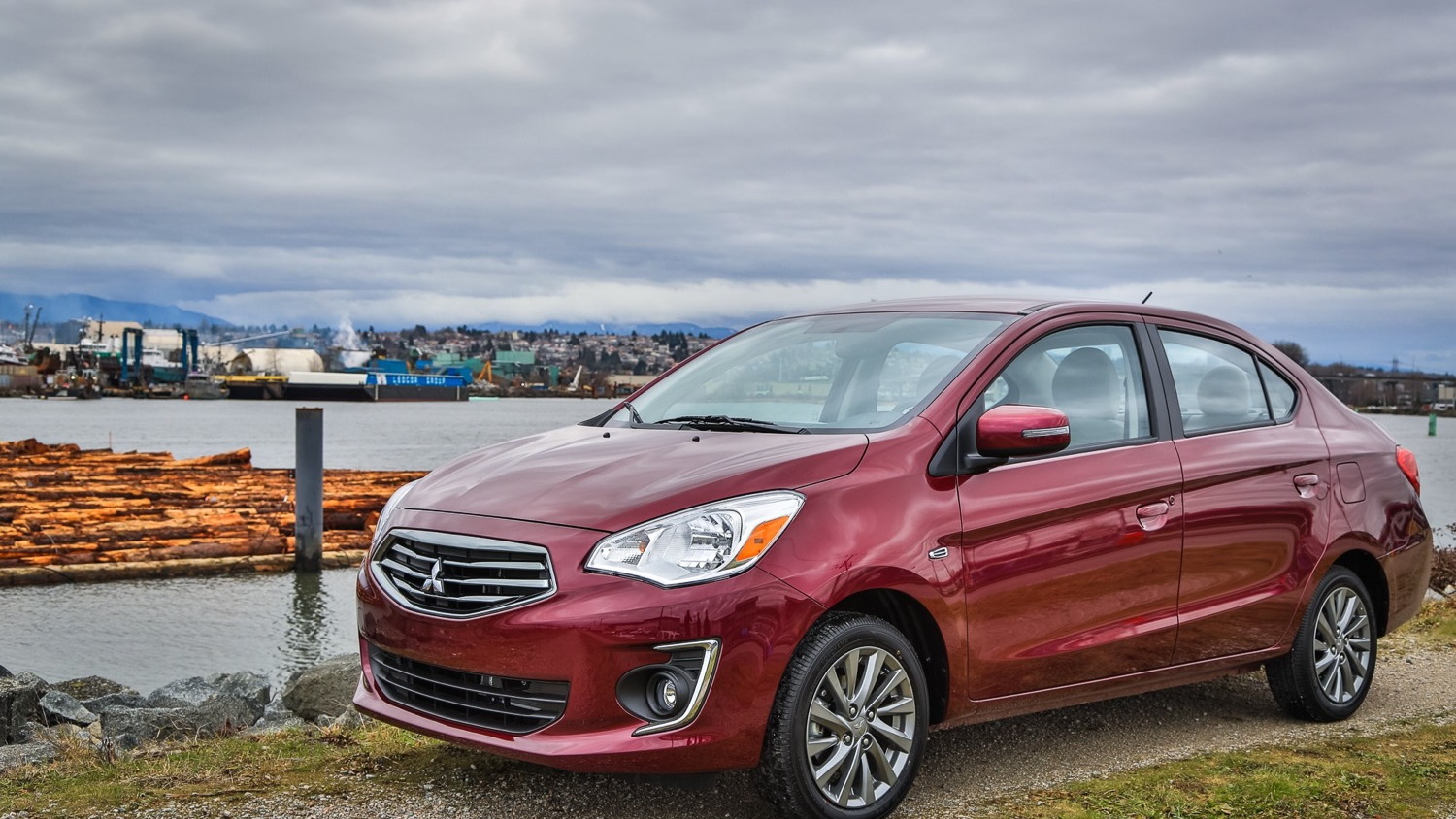 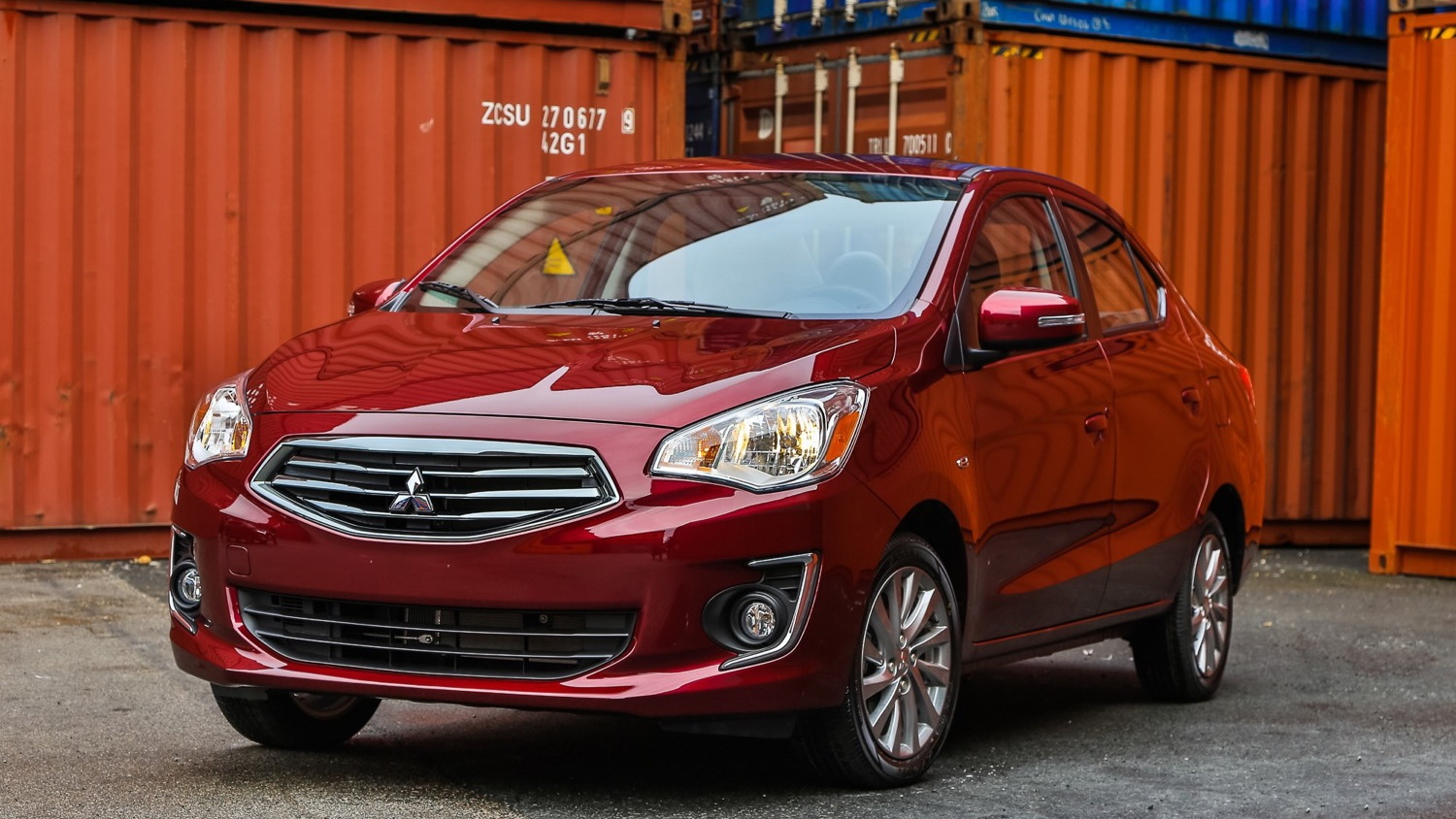 10
photos
The North American version of the Mitsubishi Mirage sedan was unveiled Thursday at the 2016 Toronto Auto Show.

Mitsubishi executives have discussed bringing a sedan version of the Mirage subcompact to the U.S. multiple times over the past couple of years, and it appears the wait is over.

Already sold in other markets, the Mitsubishi Mirage G4 sedan is expected to go on sale in the U.S. and Canada this spring.

Other than its trunk and somewhat different styling, the Mirage G4 is largely the same as the updated 2017 Mirage hatchback that debuted at the 2015 Los Angeles Auto Show.

That means it gets suspension tuned specifically for the North American market, as well as bigger brakes than versions sold in other regions.

The sedan also shares the hatchback's 1.2-liter three-cylinder engine, which drives the front wheels through a five-speed manual transmission, or a CVT automatic.

As part of the 2017-model-year upgrades, the engine now produces 78 horsepower--which is four more than before.

Mitsubishi did not discuss fuel economy, but in markets that already have both the sedan and hatchback with the older 1.2-liter engine, the sedan generally has slightly lower fuel economy than hatch.

That's likely to be the case here as well, due to the sedan's greater weight and higher drag coefficient.

Like the hatchback, the Mirage G4 will also be offered with Apple Carplay and Android Auto, which lets Apple and Android users users access certain smartphone features using the car's built-in controls.

Mitsubishi executives have said the Mirage G4  will make its U.S. debut at the 2016 New York Auto Show next month.

Its spring arrival in showrooms should coincide with the launch of the updated 2017 Mirage hatchback.

The Mirage has been a welcome sales success for Mitsubishi as it continues to struggle in the U.S. Given the general American preference for sedans over hatchbacks, the G4 should help continue that success.