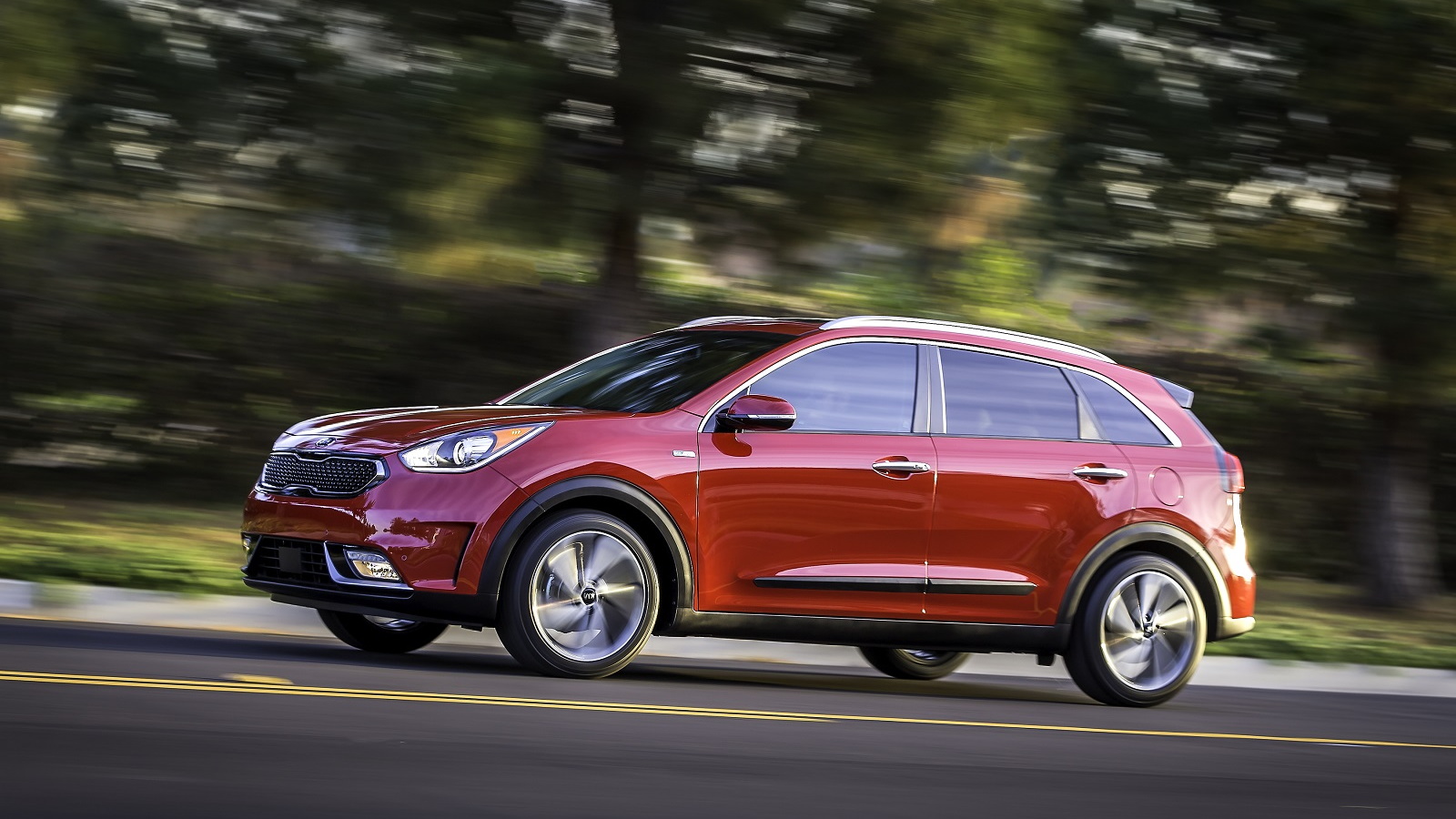 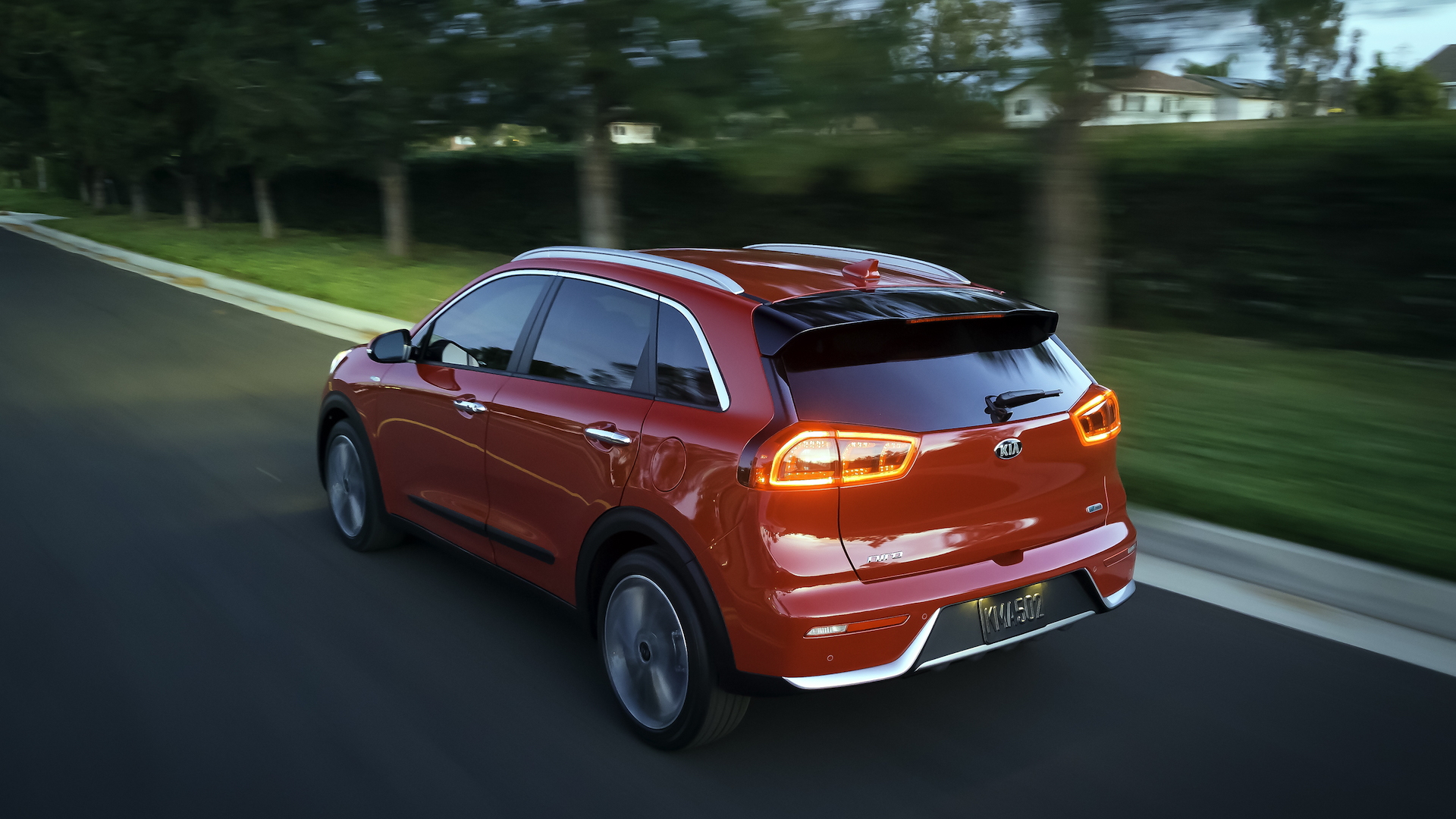 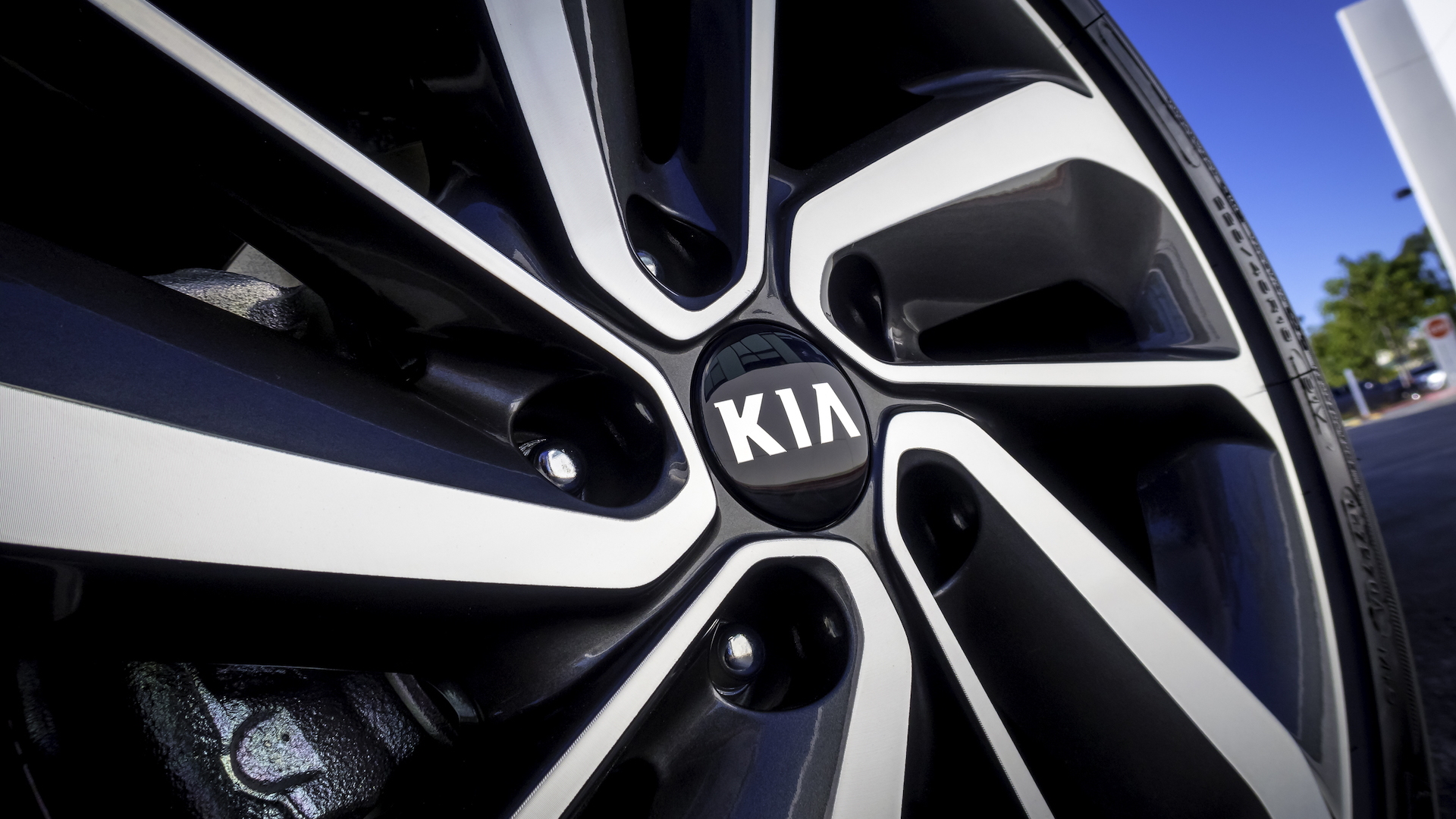 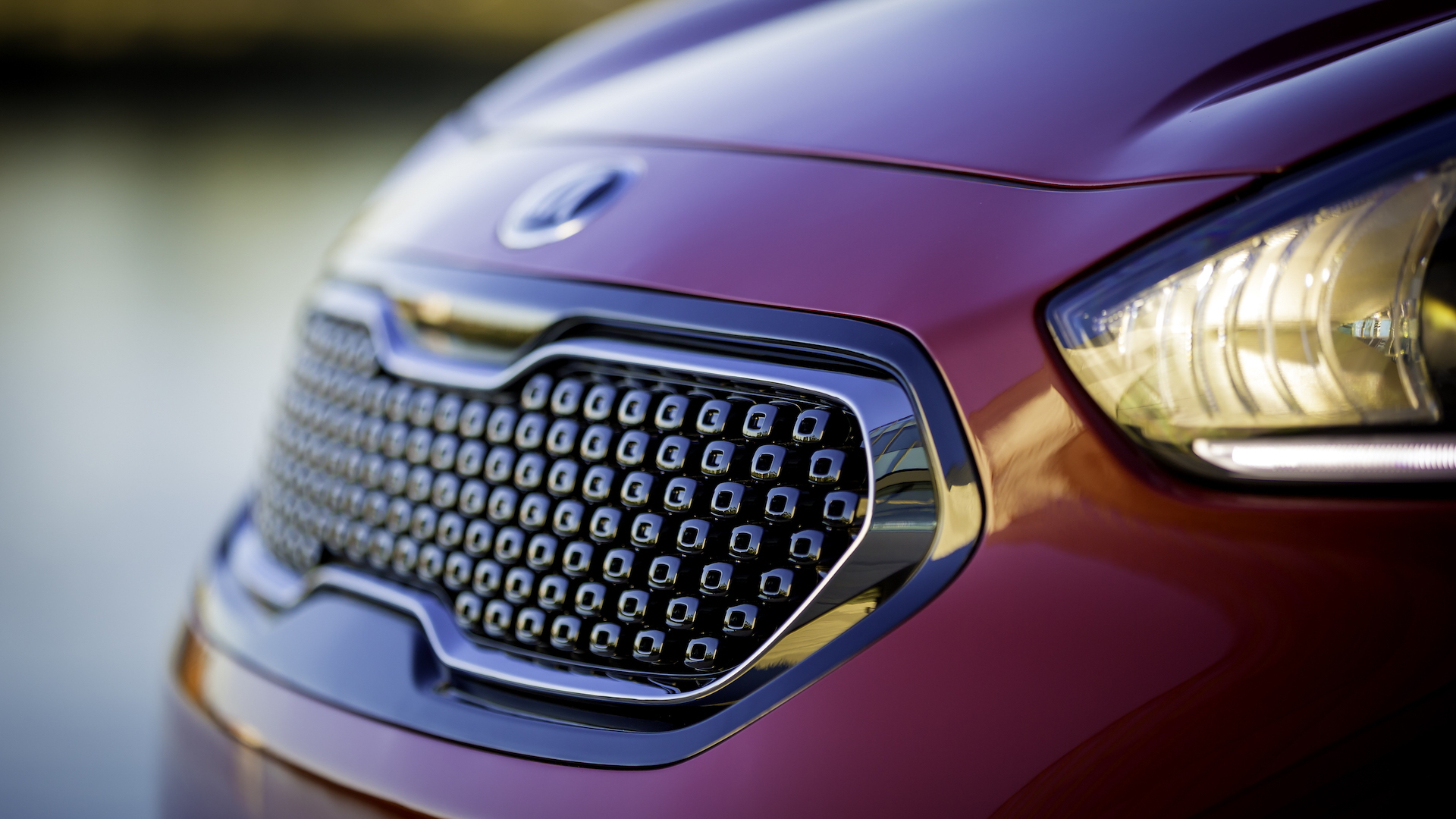 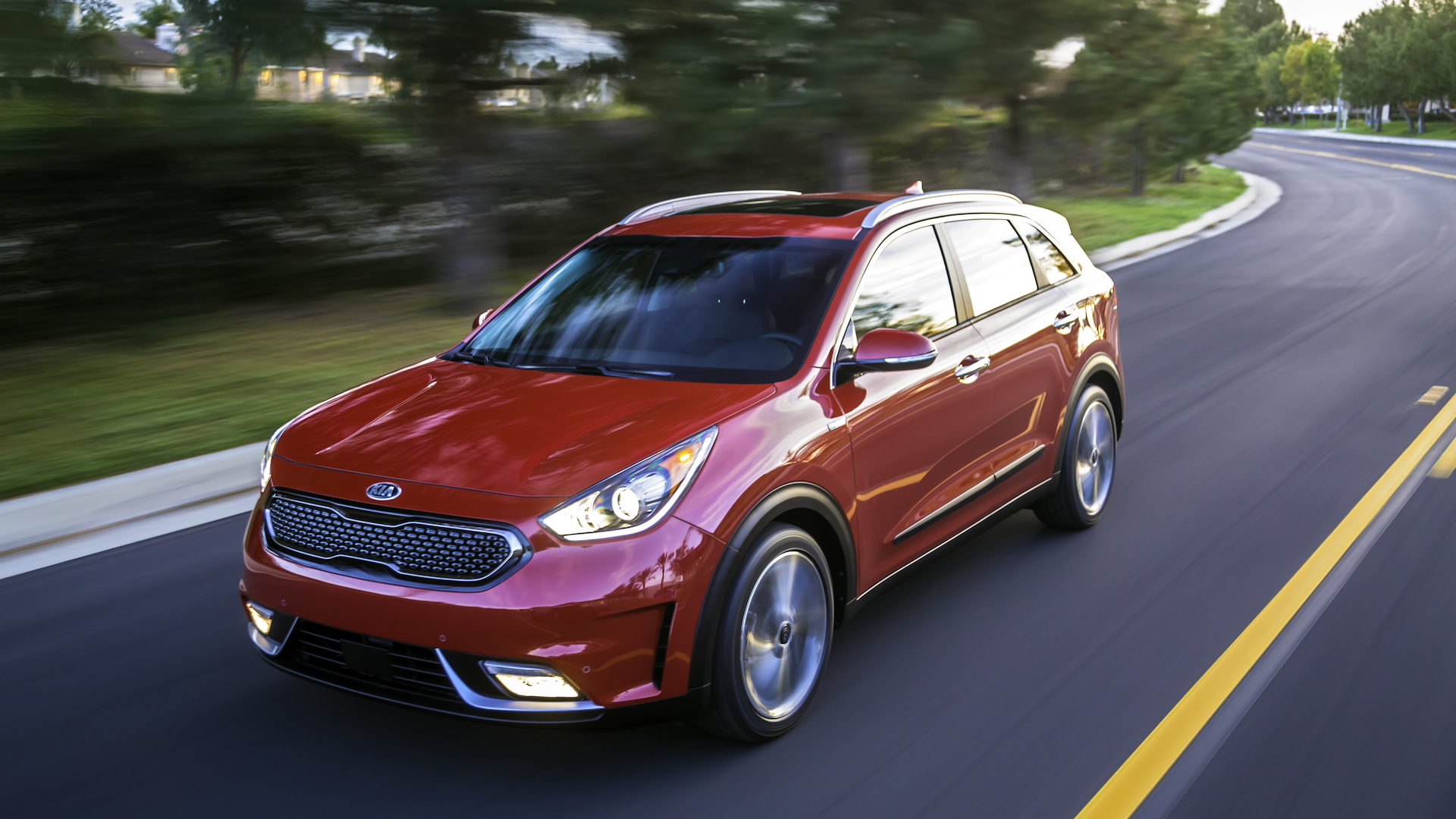 The 2017 Kia Niro, slated to go on sale late this year, will be Kia’s first dedicated hybrid, for which there's an entirely unique body style.

Yet compared to other such hybrid-exclusive vehicles, like the Toyota Prius family, the former Honda Insight, and the upcoming Hyundai Ioniq—with which it shares a platform, a hybrid system, and other underpinnings—it’s decidedly different.

A big part of what makes it different is its profile—one that fully dodges the familiar teardrop-like “kammback” profile, with its softly arched roofline and somewhat tall tail, that’s become de rigueur for high-mileage hybrids.

Orth Hedrick, vice president of product planning for Kia Motors America, sat down with us this past week at the New York Auto Show to talk about Niro—and why the automaker made a conscious effort to look beyond maximum aerodynamics, and toward utility and driving enjoyment instead.

“Arodynamics is of course important, but we wanted to offer a choice for which there’s utility involved, for which there’s a different look, a different stance, bigger tires...and with a DCT and a strong motor that has a great off-the-line experience, with a more premium power steering system that feels and tracks right, and with a suspension tune that gives up a little bit of tow in and tow out [for lowest rolling resistance] but gives you more road feel.”

What will power the Niro is a variation of the hybrid system that’s been developed and refined in the Optima Hybrid—here, with a 1.6-liter direct-injection four-cylinder Atkinson-cycle four-cylinder engine, and a 43-hp electric motor mounted to a six-speed dual clutch transmission. Altogether, it makes 146 horsepower and 195 pound-feet of torque, and the system taps into a 1.56-kwh lithium-ion polymer battery, mounted under the rear seat.

“All that stuff has tradeoffs for fuel economy,” concedes Hedrick, noting that with such priorities the product won’t quite match those vehicles, like the Ioniq, that absolutely optimize fuel economy. “Yet if you want the best mileage out there, you have to give up a lot...So we thought, let’s give the market a choice, how about if you give up a little bit of mileage and we give you this great experience?”

“If you look at the choices right now, you have to give up a lot of emotional enjoyment. We heard from folks who are driving the current offerings that, gee, I wish I had something I could be a little more passionate about, or I wish that I would have more of a driving experience in maneuvering and handling the car.”

“We’d like to show the market that you can have this great-looking vehicle with great utility that drives great, and it’s easy to live with day in and day out, and it’s a great experience overall—oh, and by the way it’s a hybrid and it gets great mileage.”

Weighing the tradeoffs for maximum mpg

Hyundai has anticipated that its Ioniq will meet or beat that of the best 2016 Toyota Prius models, which go up to about 56 mpg in the EPA combined cycle. Meanwhile, Kia announced a target 50 mpg EPA combined number for the Niro. It will weigh a little more than the Ioniq, for sure, and its coefficient of drag, while not the amazing 0.24 of the Hyundai, is an excellent 0.29.

The Ioniq and Niro will be built on the same underpinnings, although the upper body is of course different between the two, and there are some corresponding structural variations.

According to Hedrick, Kia looked at the tradeoffs for the potential extra 6-or-so mpg. And in things like cargo, headroom, and versatility, they were huge.

For the brand, it’s also an insurance plan, for such a model to keep building sales even if gas prices stay very low.

“If we can offer it to the customer as, it looks great, it drives great, it’s good on mileage, but it’s not all about mileage,” he explained, then the brand should have a hit no matter what.

No firm plans for a Niro EV, or for AWD

At least for the near-term, the Niro won’t offer all-wheel drive. While the Trail’ster Concept from the 2015 Chicago Auto Show teased the possibility of a through-the-road hybrid system, with dual motors powering the rear wheels, it was strictly a concept.

“We showed them both at the Chicago Auto Show, and there may have been some confusion,” said Hedrick. “For Niro, we’re concentrating just on the dedicated general hybrid market, which is a front-wheel-drive layout.”

Although Kia says that a plug-in hybrid version of the Niro will follow a year or so after the release of the standard hybrid (likely with the same 8.9-kwh battery as the Ioniq plug-in), the automaker hasn’t yet firmed up plans for a pure EV.

“We already have an EV,” said Hedrick. “It’s called the Soul EV, and I don’t know if it makes sense at this point to have two vehicles that would be roughly the same size and shape and market.”

As of yet, the Soul EV isn’t a 50-state car—although the company is in the process of rolling out availability to more states in the Northeast.

Does Kia’s pragmatic approach—to give up some fuel economy for more useful packaging—ultimately get more people in more fuel-efficient vehicles? We’re eager to hear your thoughts on whether the brand’s on the right track.