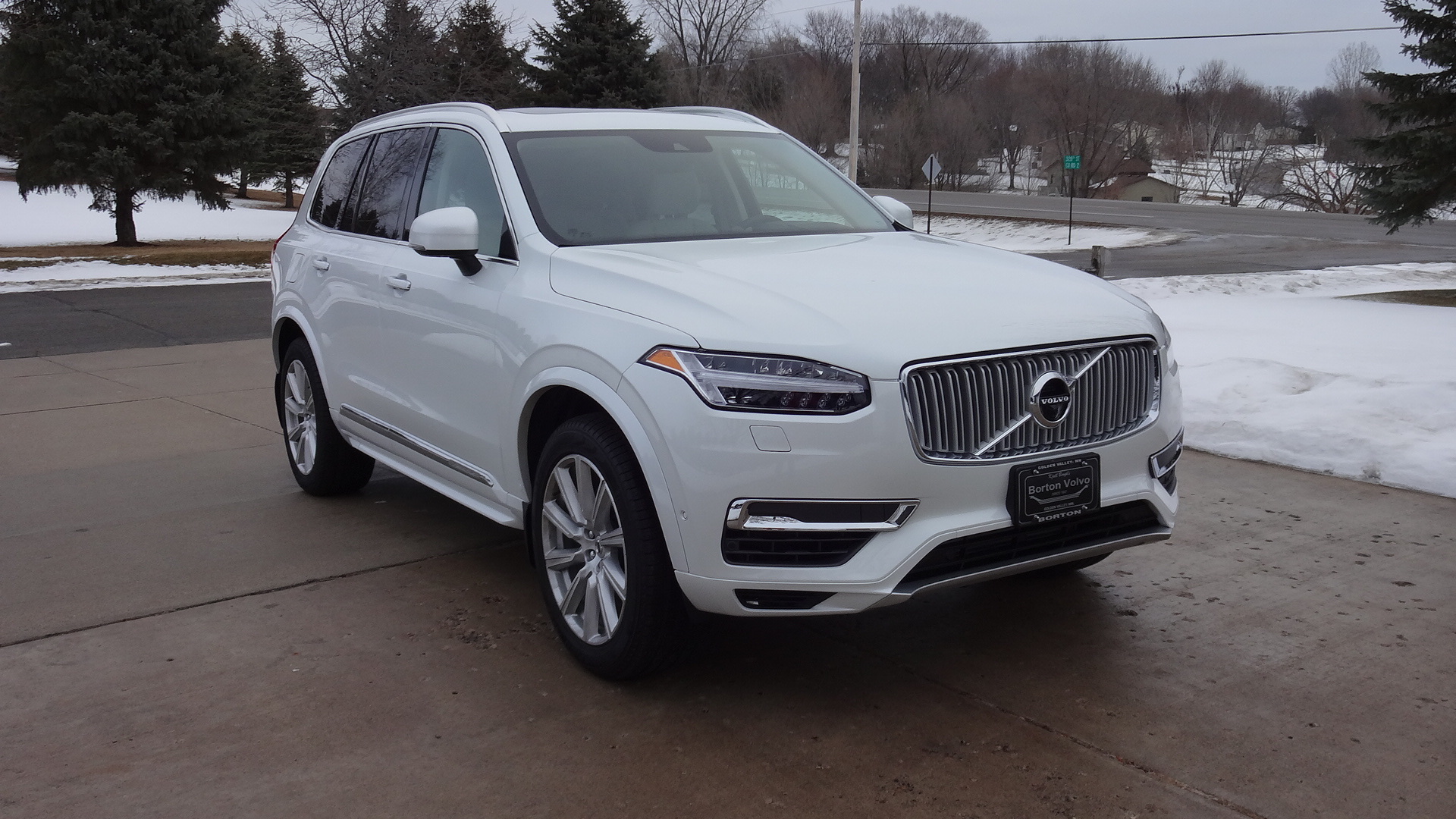 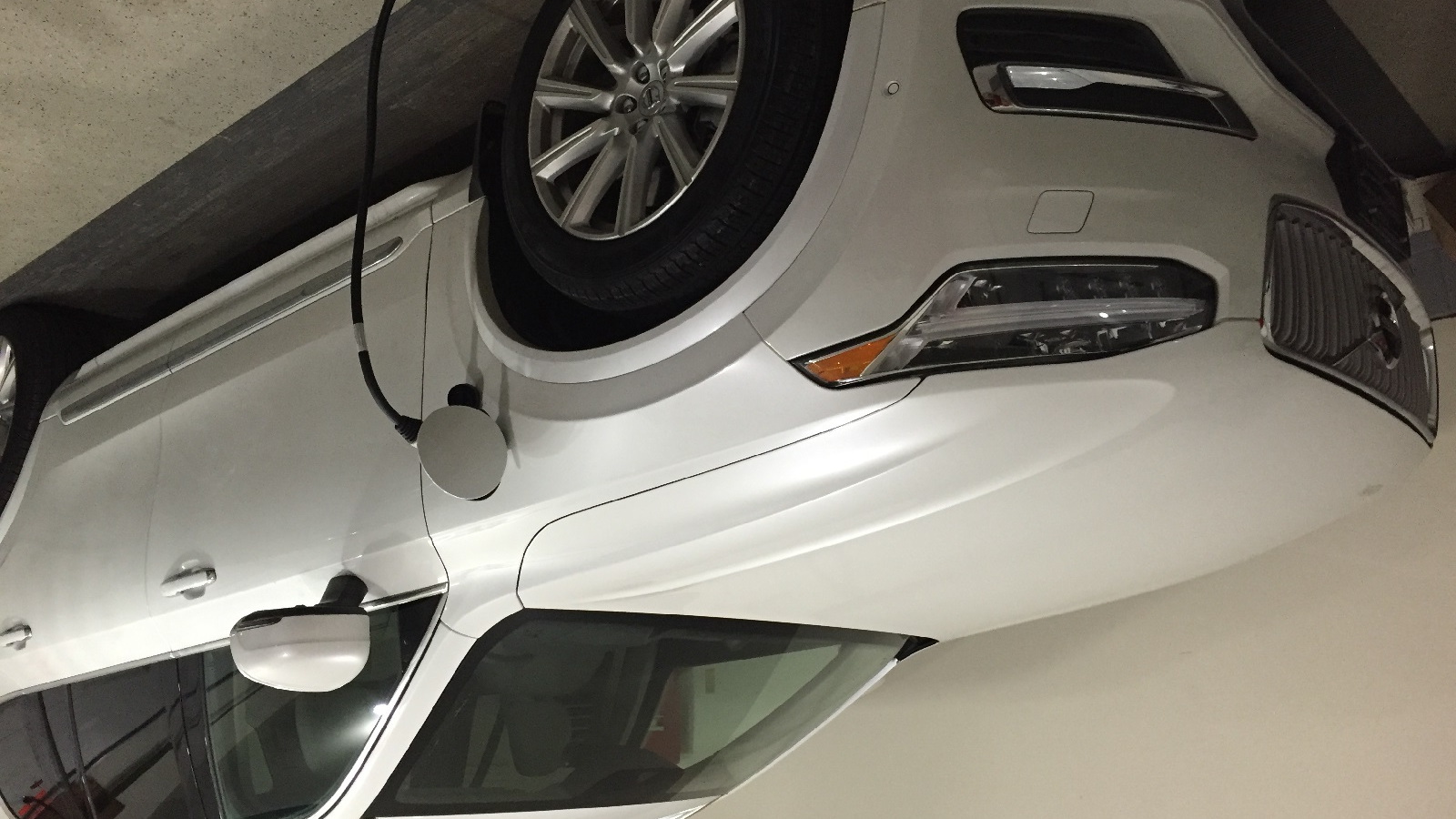 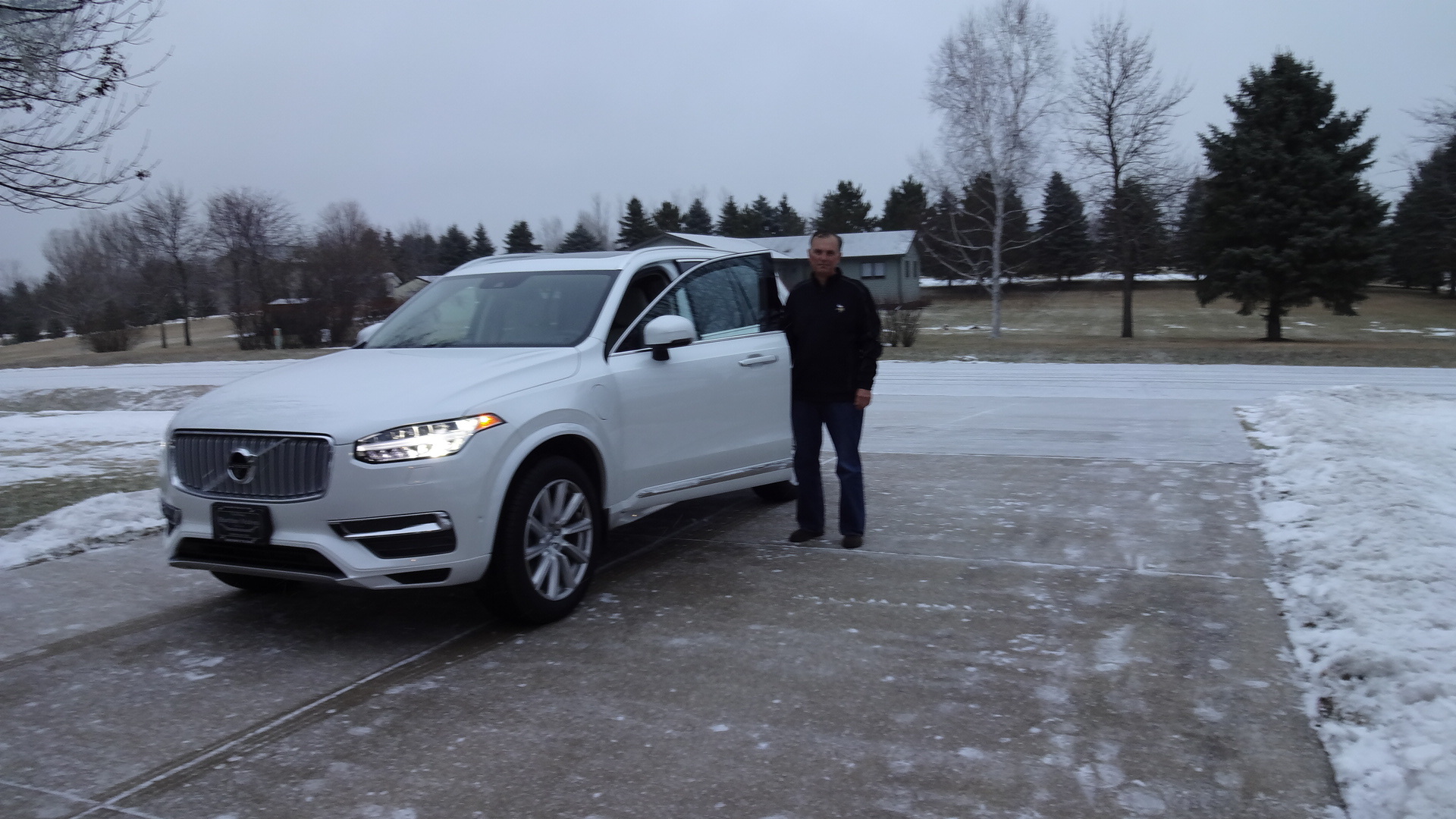 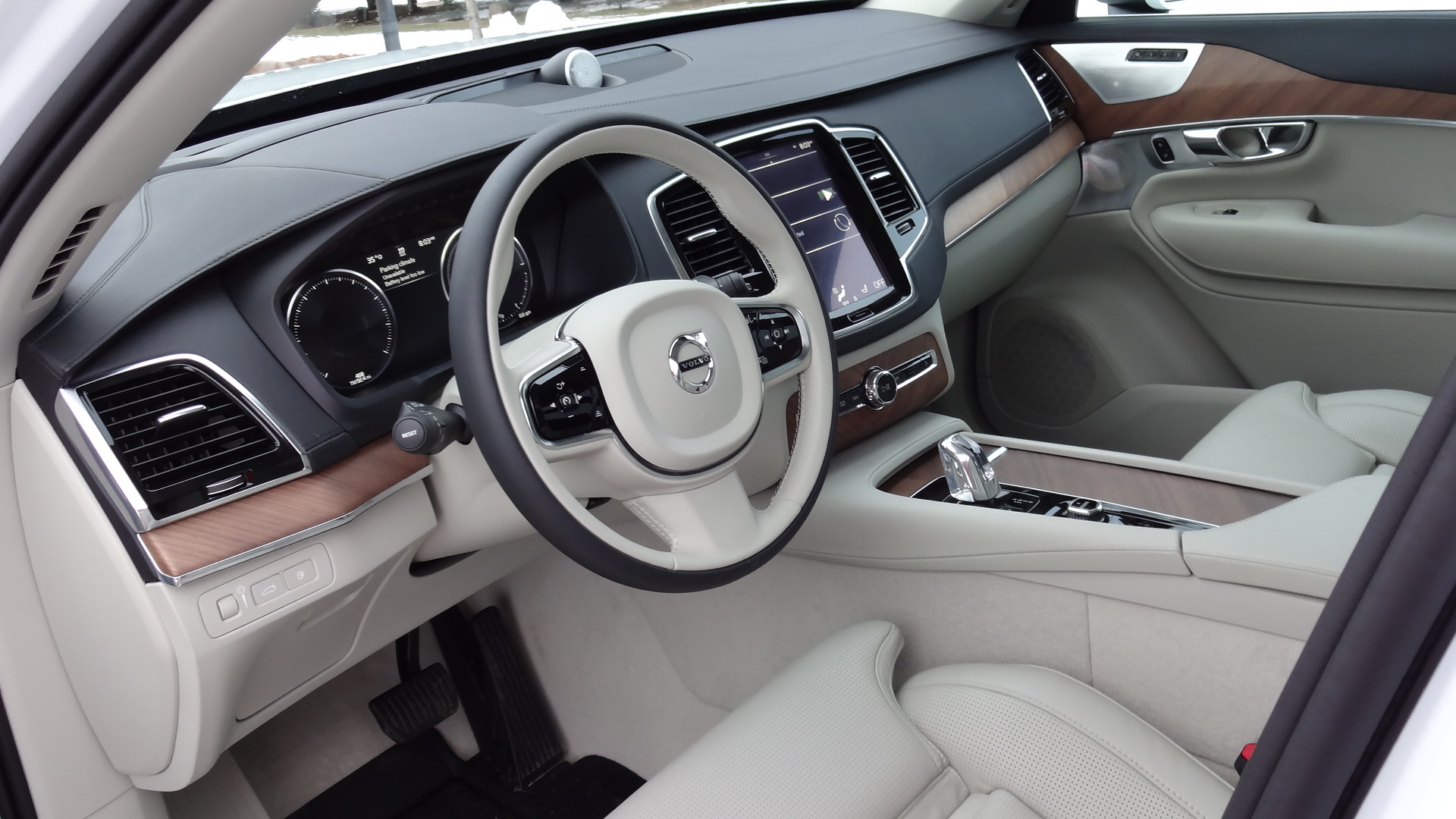 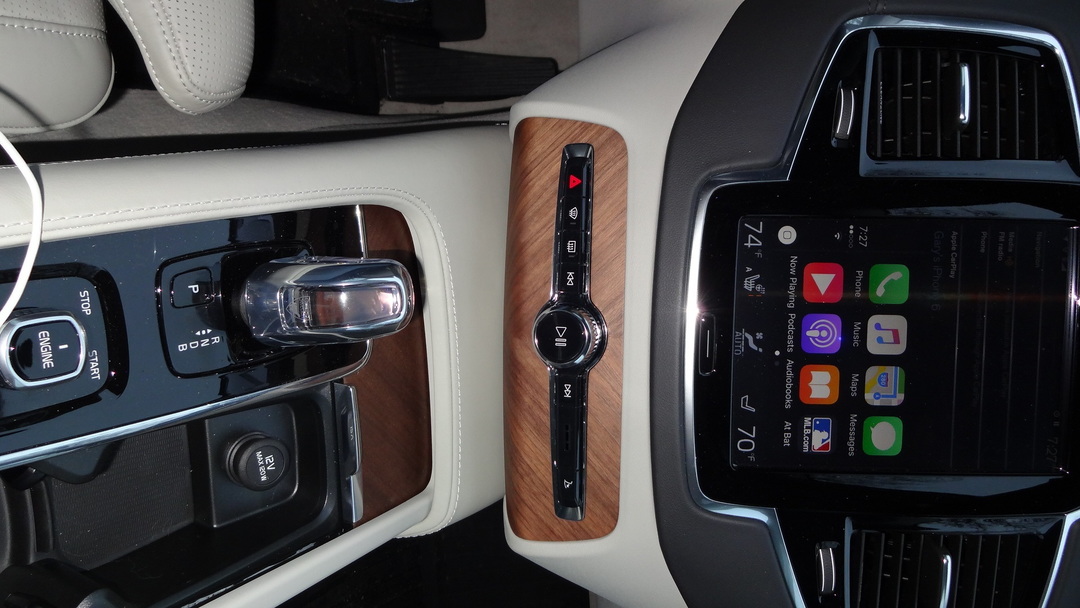 The 2016 Volvo XC90 T8 'Twin Engine' that went on sale last August was only the second plug-in hybrid SUV to be sold in the U.S., after the Porsche Cayenne S E-Hybrid.

Since then it has been joined by the BMW X5 xDrive 40e, and coming up are the Mercedes-Benz GLE 550e, the Mitsubishi Outlander Plug-In Hybrid, and others.

But the XC90 is a mainstay of Volvo's lineup in the U.S. and the company appears to have aggressive plans for the plug-in hybrid version, perhaps more so than the Germans.

That model is EPA-rated at 25 mpg combined, using the turbocharged and supercharged 2.0-liter gasoline engine, and 14 miles of electric range when running on battery energy.

Green Car Reports is about to do its own test drive of an XC90 T8 plug-in hybrid. Meanwhile, an eager early owner has shared his first impressions with us.

The following article was written by new owner Gary Renick, of the Greater Twin Cities metropolitan area, and (lightly) edited by Green Car Reports for length and clarity. He writes ...

After several months of waiting and preparing my garage with a 240-Volt charging station, I picked up my new Volvo XC90 T8 on February 1st.

Most of my driving so far has been 2-mile and 5-mile legs, plus a few 35-mile legs, with outside air temperatures (OAT) ranging from -15 degrees F to 35 degrees F.

I'm only able to charge the hybrid battery once a night to take advantage of the lower “off peak” rates.

Even though my XC90 is parked in a 40-degree F heated garage, I precondition (or warm up) the car’s interior a few minutes before I leave.  It's a real joy to back out of the garage in silence, with the car indicating that my battery range is estimated at 18 miles.

With the colder temperatures, the Volvo's engine kicks in within the first mile to warm itself up once the car realizes it is no longer in the warm garage. The car then reduces the estimated range to 10 miles if outside temperatures are at their lowest, or 13 miles below 35 degrees F.

When I drive, I either use the Hybrid or Pure modes, with the transmission in “B” which maximizes the regeneration that recharges the battery  This "B" selection works extremely well on snow and ice, as it also helps slow the car without using the friction brakes, all while generating electricity.

The Pure Mode is also the Eco mode, which helps to reduce energy consumption and gives more electric operation from the accelerator before the engine kicks in.

I suspect that the fuel economy and range will noticeably increase once outside temperatures rise above 40 degrees F.  I just drove a different 5-mile leg in Pure Mode and had a blended "fuel economy" of 81.8 MPG.

Once the battery was depleted and the XC90 switched over to operating as a conventional hybrid, I was achieved a fuel economy of 22.5 MPG with supplemental regenerative power.

If I had access to a charging station at work, the fuel consumption and the cost-per-100-miles would be even lower.  Regardless of the fuel used, the positive impact on the climate is achieved through using the renewable energy offered by my local electric cooperative and regional electric supplier.

Of course, everyone's  fuel economy will vary based on drive mode, driving style and conditions.

Beyond the joy of the hybrid power, my XC90 T8 is an absolute thrill to drive and a comfort to ride in.

The technologies (e.g., infotainment, semi-autonomous driving) are well-advanced and I have only experienced one minor software defect that will be fixed as soon as I stop in at the dealer.

In terms of mobile applications, Volvo also has a smartphone application to start the cabin pre-conditioning remotely.

It also includes location, outside air temperature, status of the car's doors and windows, plus a dashboard and driving journal that can download data to Microsoft Excel and similar applications.

Those are part of a paid service called Volvo On Call.

It's also the first plug-in hybrid seven-seat SUV with excellent fuel economy, plus several non-hybrid versions (T6) for those who do not.

I can hardly wait to get on the road for longer trips where I can experience more of its features and benefits.