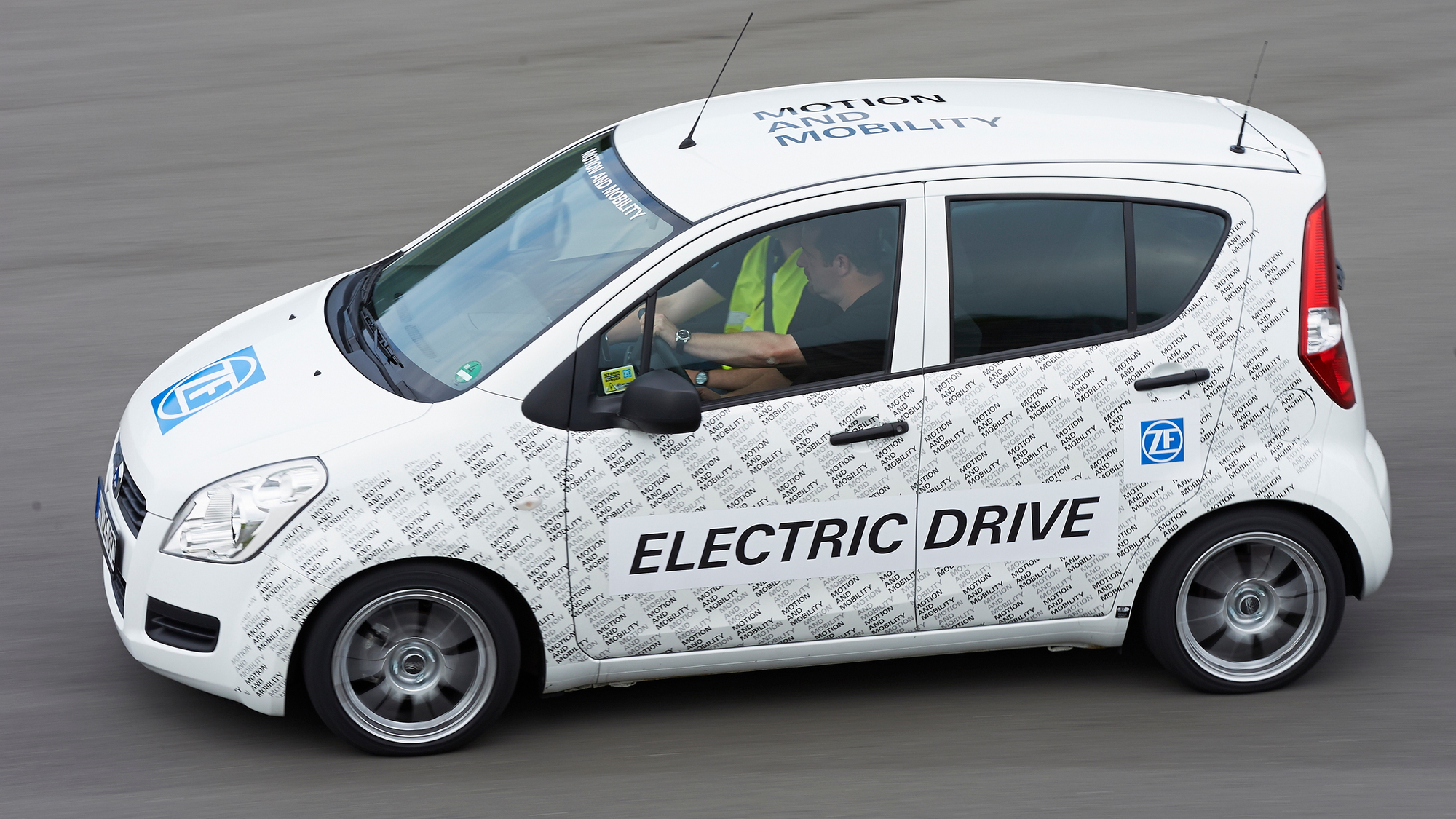 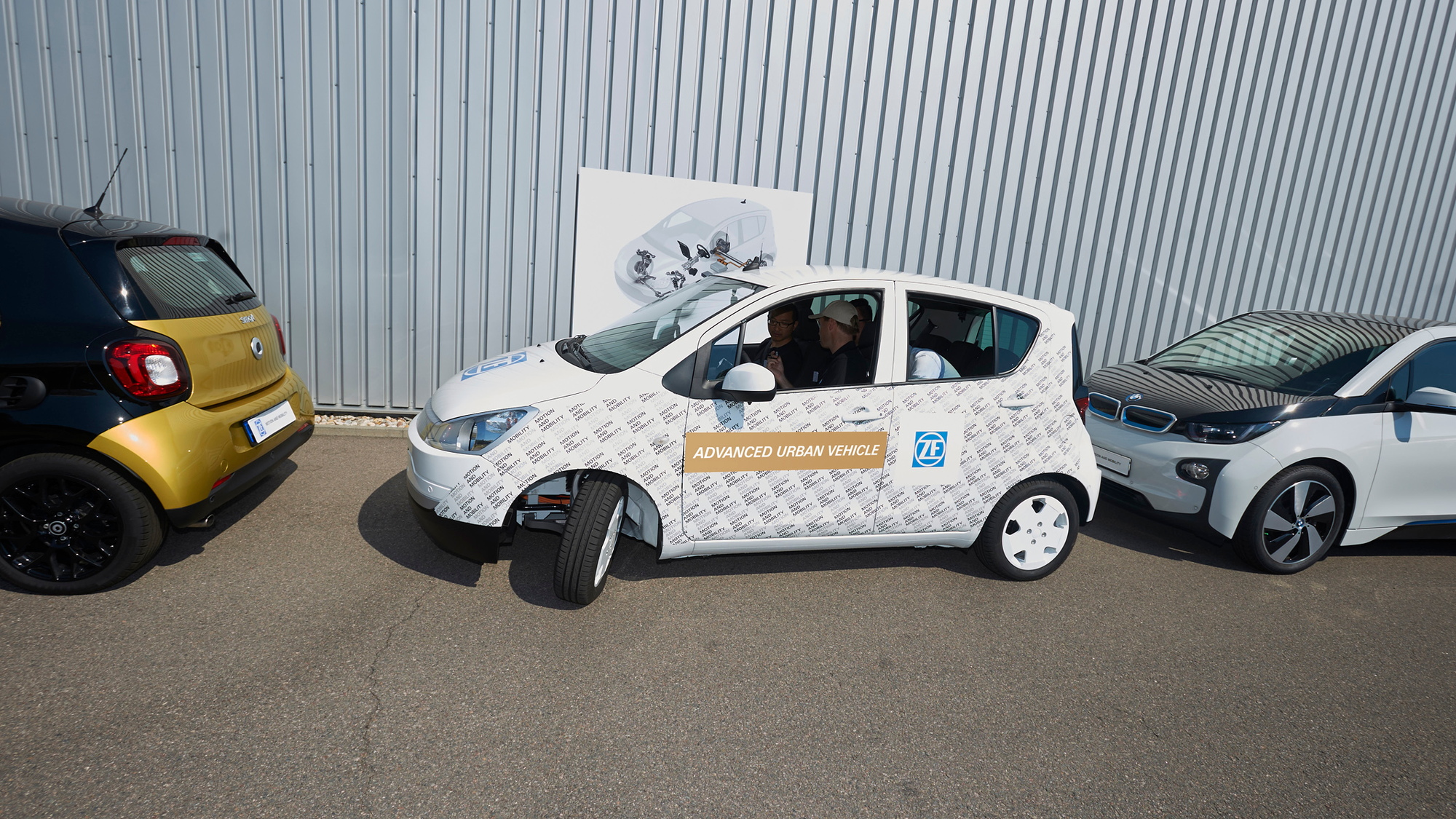 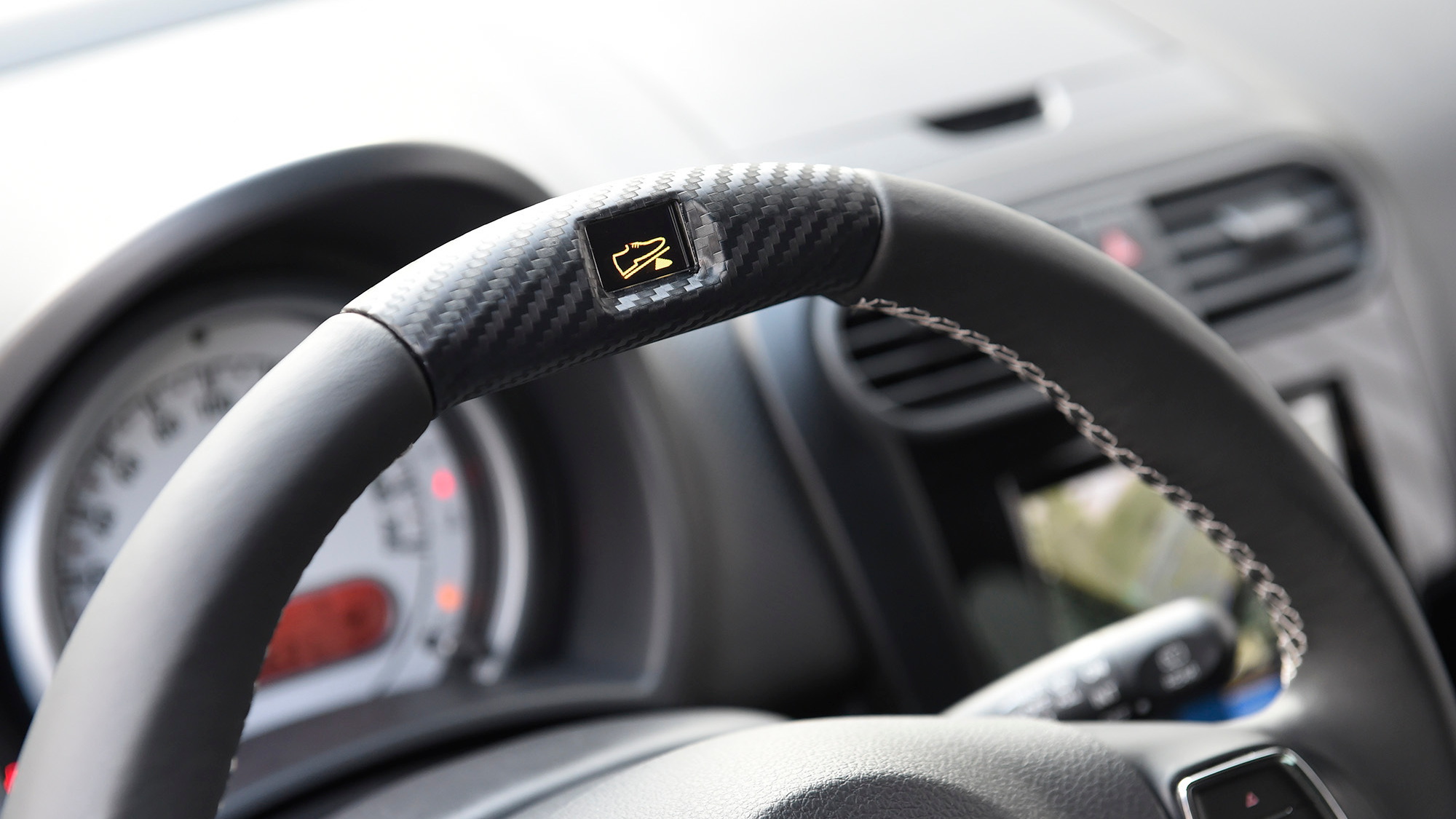 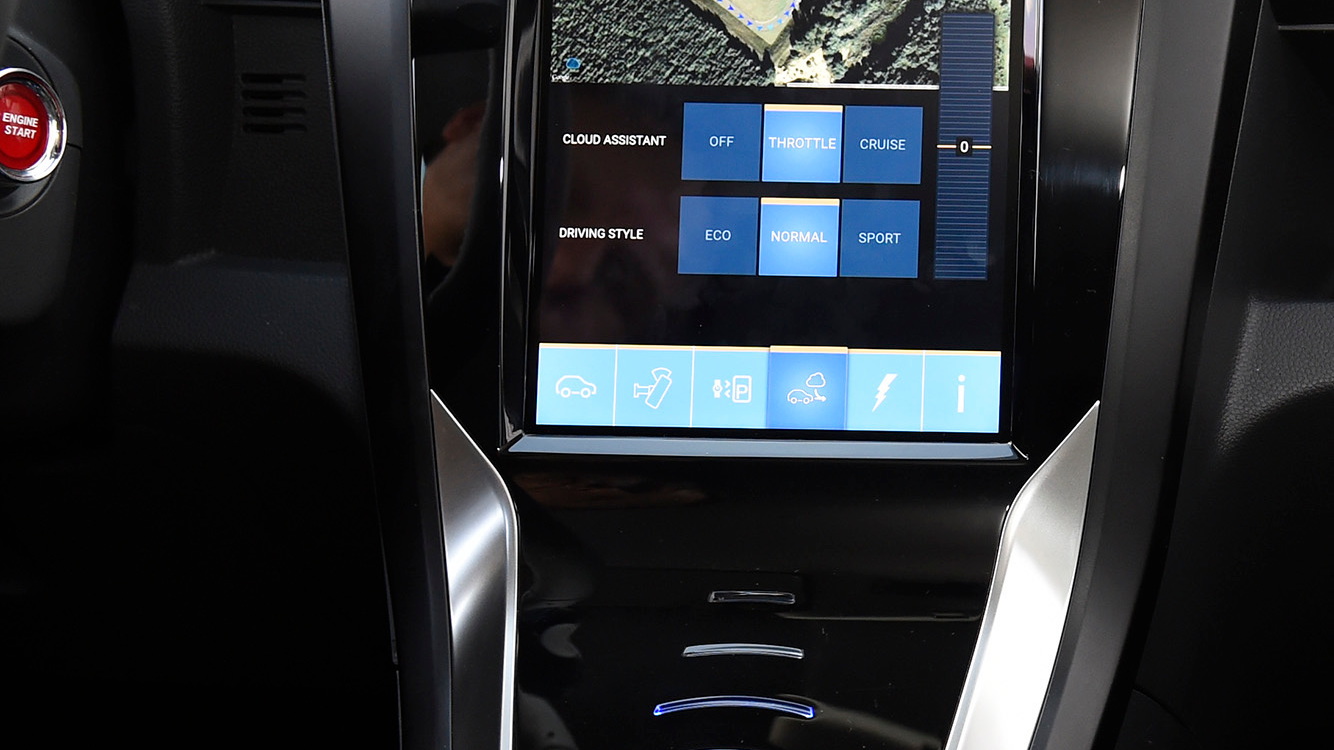 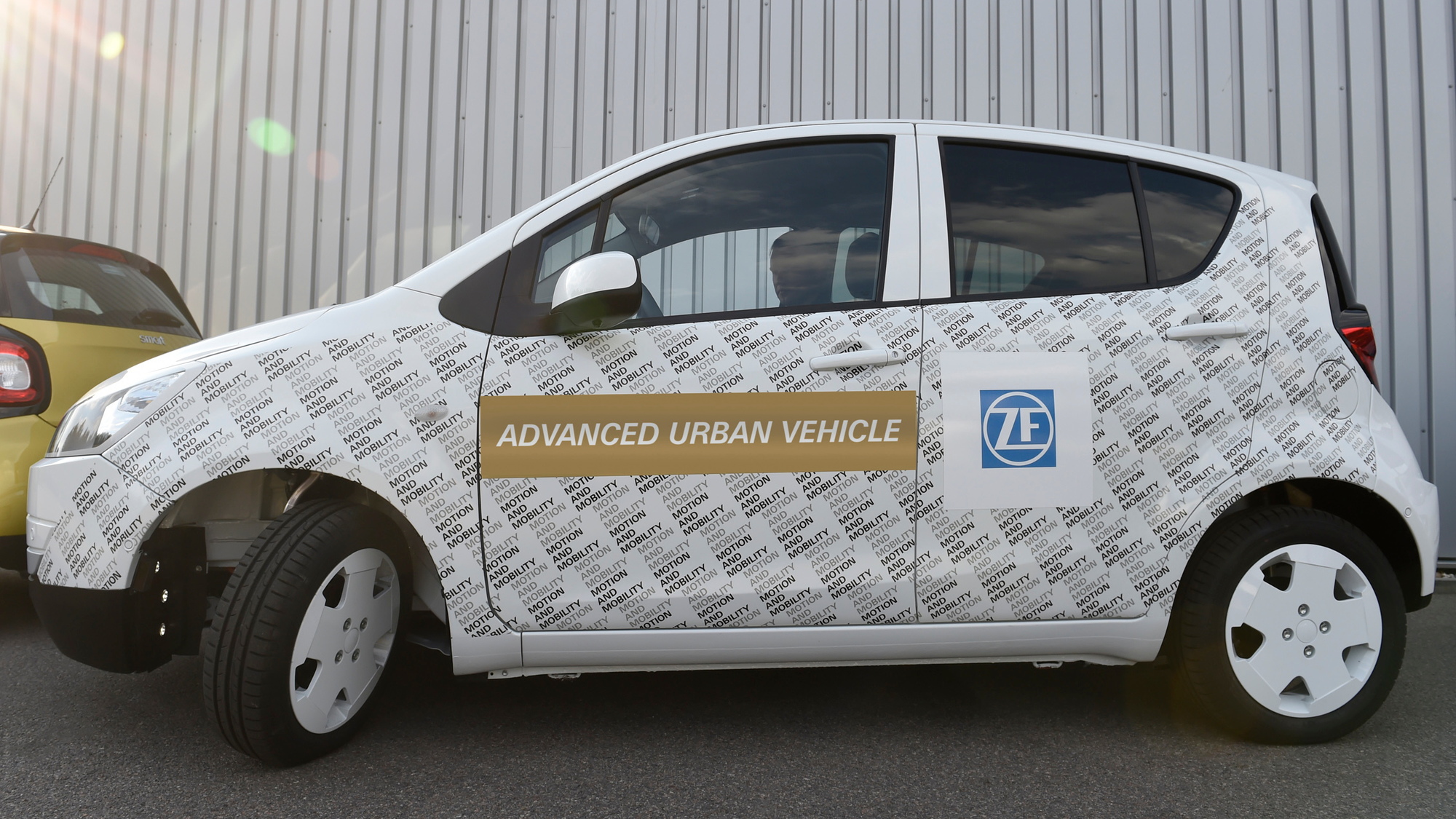 The supplier ZF has designed and engineered a city-sized EV.

Yet it has no plans to build such a model; the one-off prototype is just a means for the German supplier, touting its combined capabilities with TRW Automotive, which it finished acquiring earlier this spring, to flex its muscle on safety and efficiency initiatives and show its technological capabilities for electric vehicles.

ZF says the Smart Urban Vehicle is “built from scratch,” although it uses the body structure and other components borrowed from an Opel Agila minicompact.

It does not share the battery arrangement with any current production car, stressed the company’s engineers, although ZF Friedrichshafen AG CEO Dr. Stefan Sommer stated that the company has no intent to get into the battery or energy storage business—largely because automakers are opting for such vastly different packaging solutions across plug-in vehicles.

“So we don’t think that as a supplier you can create some standardized solutions,” Sommer commented last month in a Q&A session, in which he also ruled out producing entire EVs anytime in the near future.

ZF has long been a manufacturer of expensive, core-mechanical items like eight- and nine-speed transmissions, which are, of course, omitted entirely in EVs. In some respects, the industry could benefit tremendously by a move to standardize, as the next area of innovation for electric-vehicle batteries, if not in the chemistry itself, might be in cell fabrication—and then, perhaps new pack designs and storage solutions.

That said, the Smart City Car is a testbed for some innovative ideas that might apply well to urban EVs.

Looking ahead to self-parking

The system uses an especially strong steering joint that allows the vehicle to move with significant wheel deflection, aided by a torque-vectoring system in back that makes sure the car is eased around the very tight corner with some help—for instance, by pulling at the right rear wheel when the car is backing into a spot with the steering locked to the left.

To enable that—and more—the Smart Urban Vehicle has a separate compact drive unit (40 kW each) for the left and right rear wheels, respectively. This brings some of the benefits of in-wheel motors, without any of the engineering and cost hurdles.

It also enables a trick ‘electric twist beam’ rear axle system that uses torque from the motor system, in theory to have a stabilizing effect not only on conventional vehicle stability but on vehicle composure in quick maneuvers—helping to keep the vehicle stable and level.

Seeing the combination of the systems doing some low-speed maneuvers and parking tasks, the improvement in maneuverability—and the saved three-point turns—that such an arrangement could afford was rather awe-inspiring.

The Smart Urban Vehicle incorporates a number of other technologies—such as ultrasound sensors and two infrared sensors in all that help fine-tune the parking experience, allowing the driver to fully hand off the task to the car, then summon the car when ready with a smartwatch or smartphone.

Even better, perhaps—or more of a party trick—is a feature that allows the driver to remotely control the vehicle at low speed, remotely.

The car also serves as a means to study cloud-based advanced driver systems as they could prove helpful prior to the deployment of widespread V2V solutions.

The company is testing that latter anticipatory feature, for which the efficiency gains would be quite significant—more than ten percent, according to an engineer.