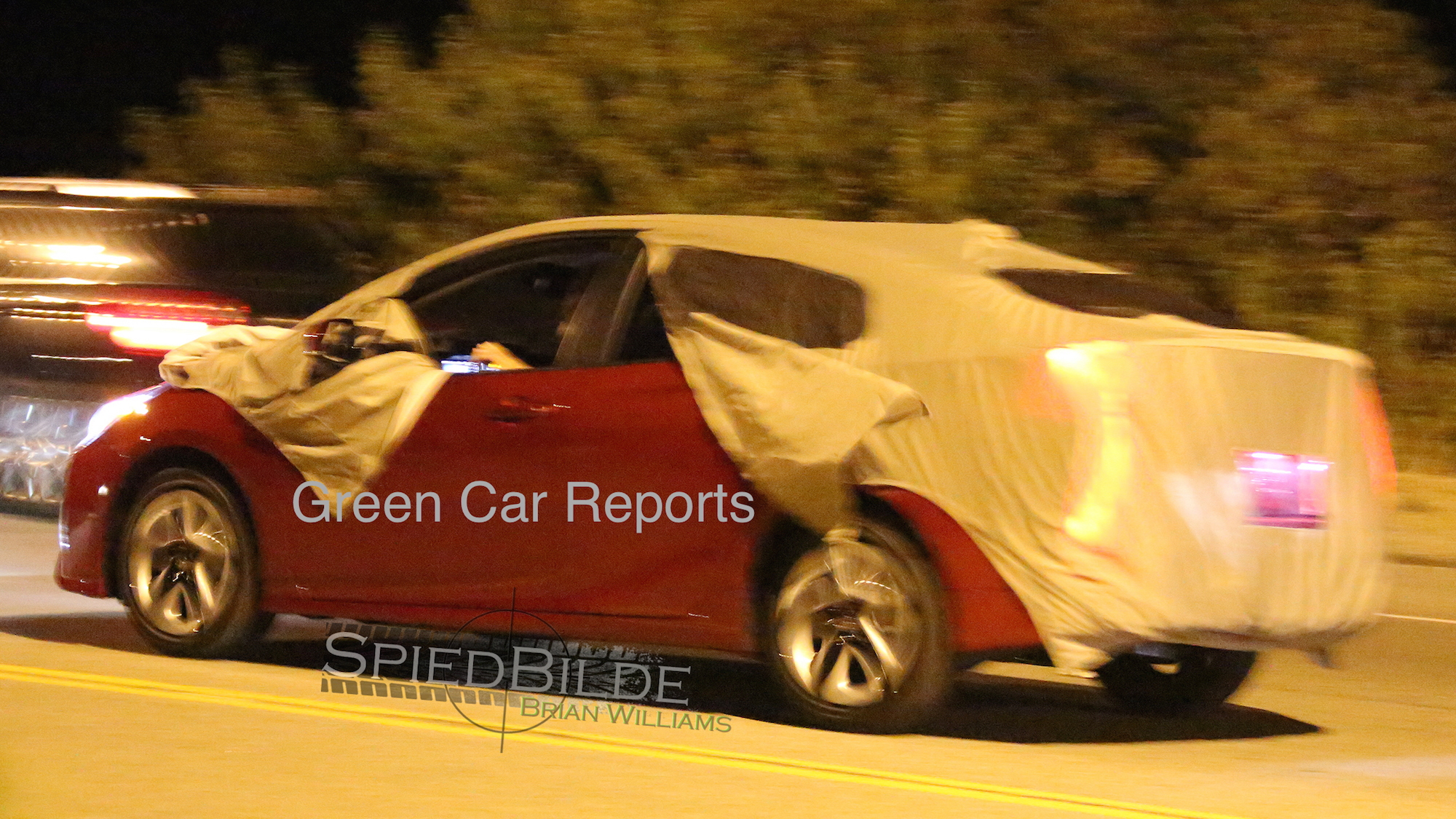 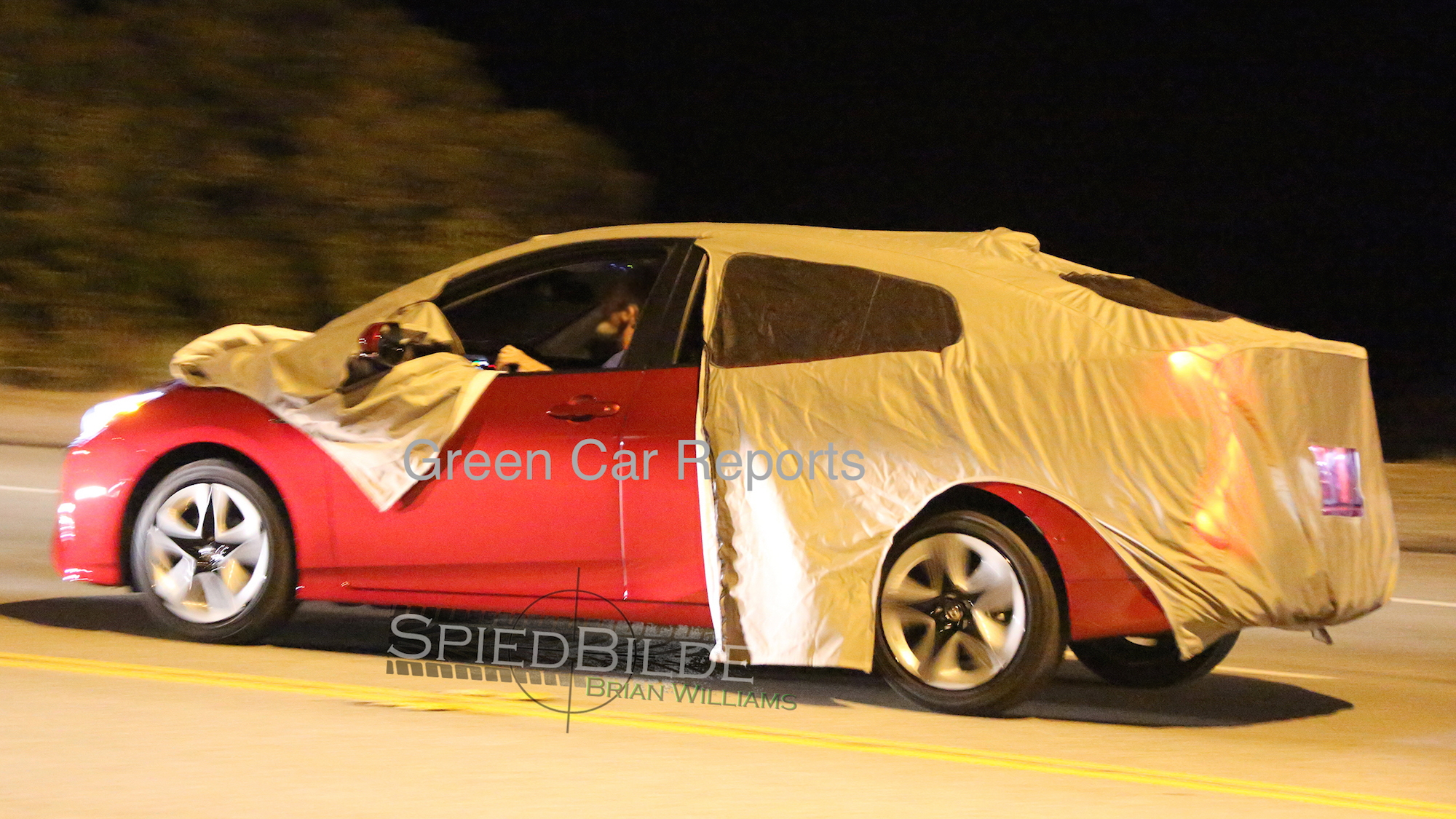 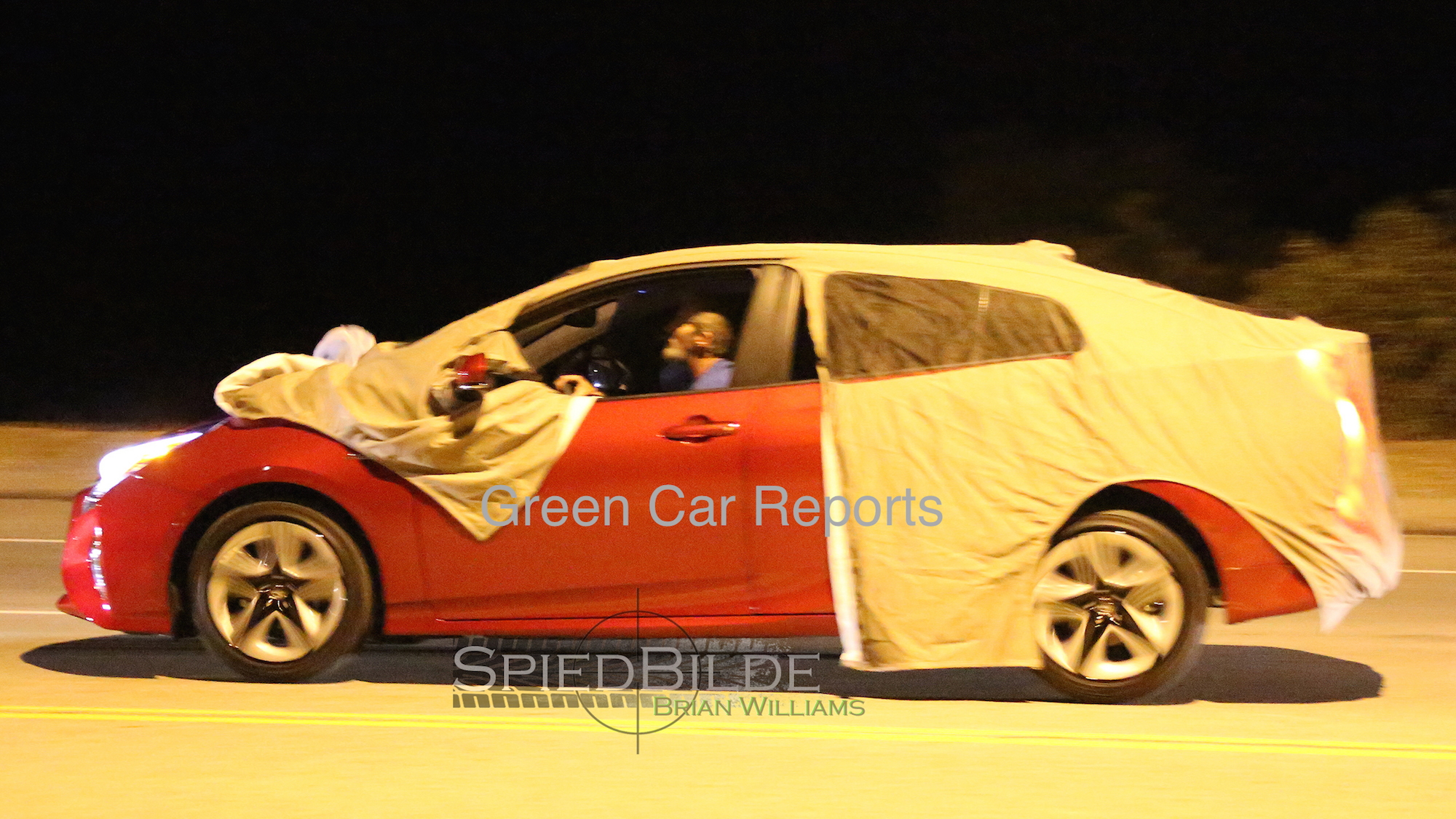 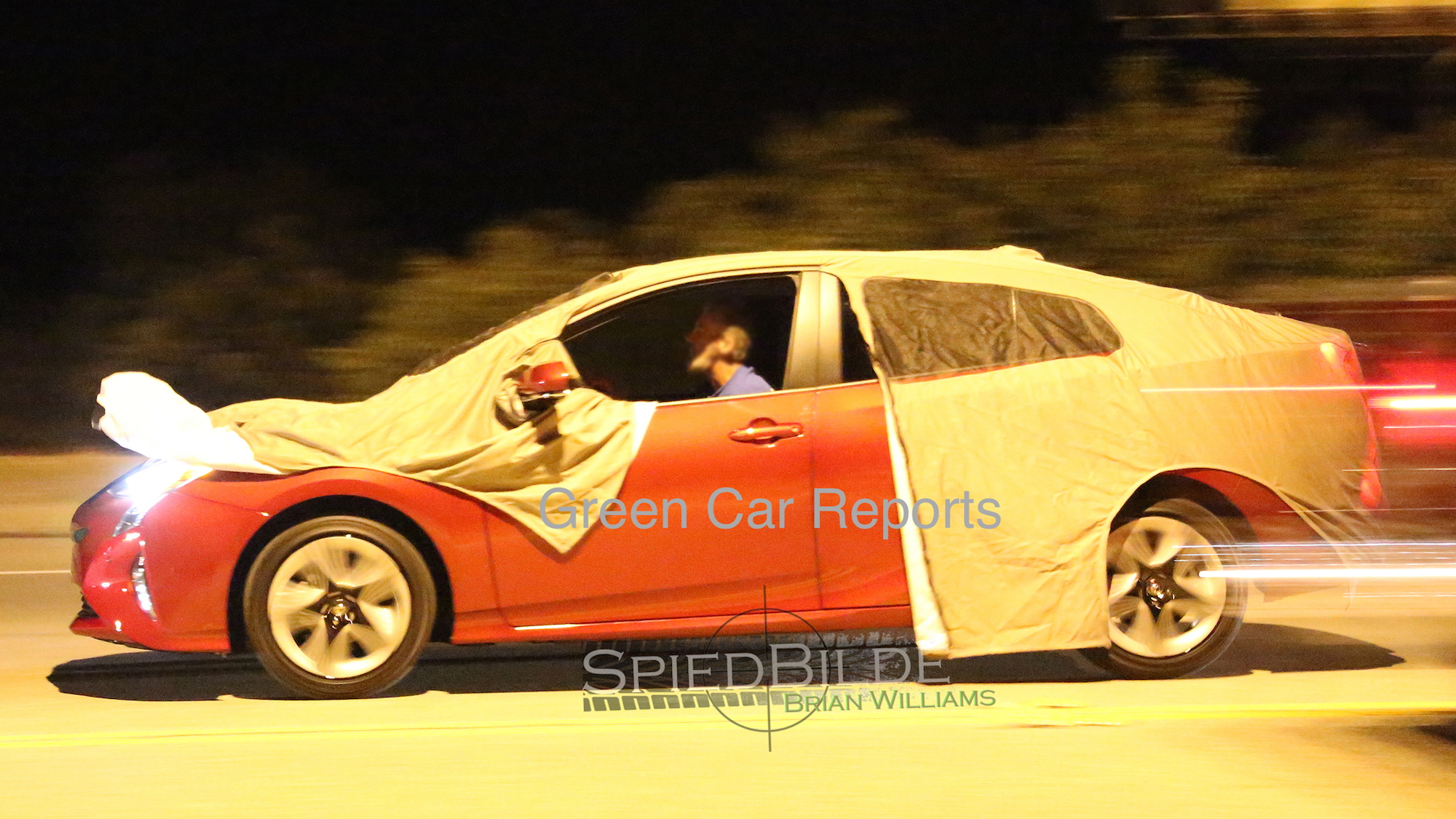 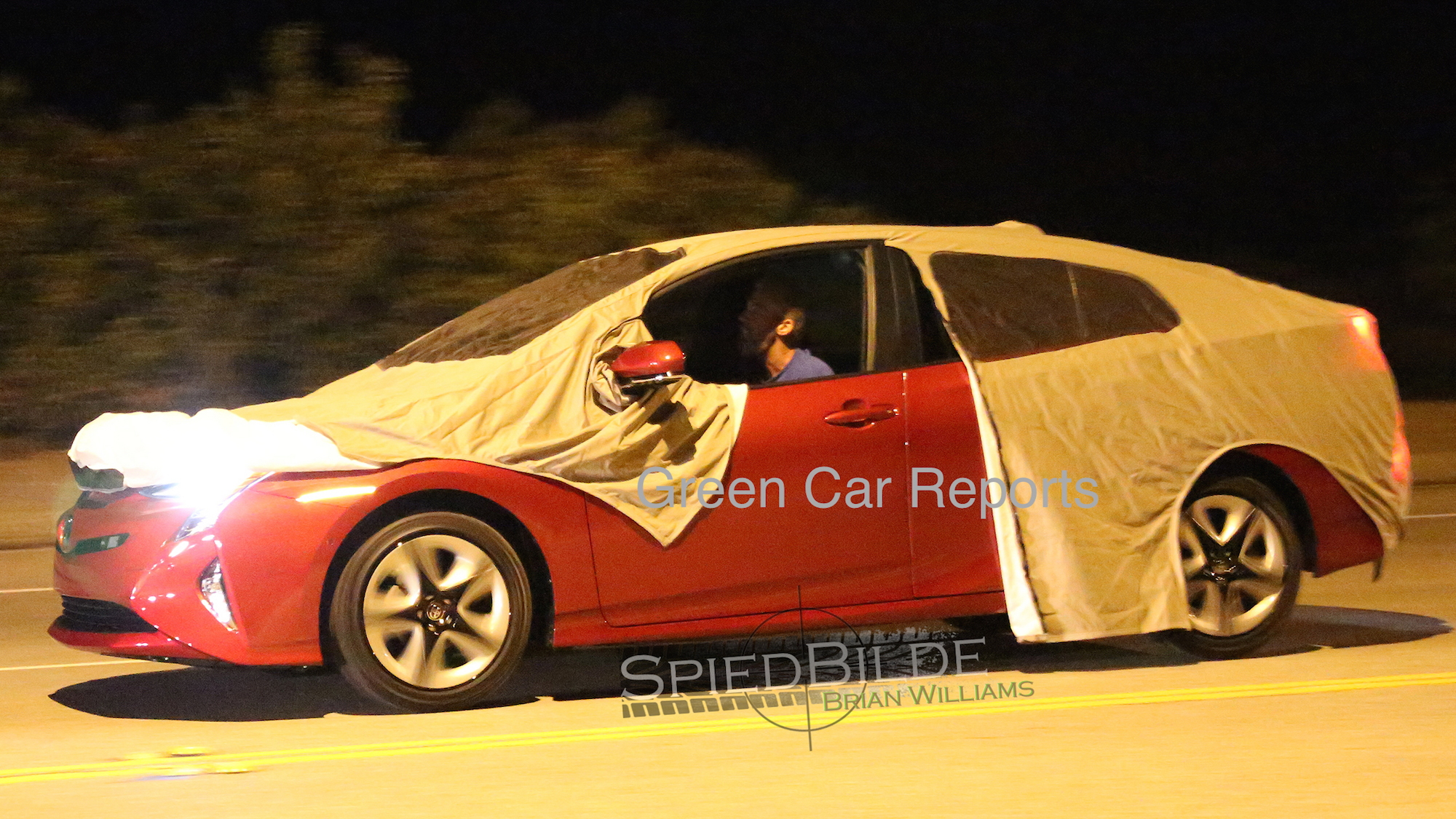 And here it is: the 2016 Toyota Prius. Ahead of a preview September 8 in Las Vegas, and an official debut at Frankfurt, spy photographers already found the 2016 Prius, uncloaked, in Malibu, California.

ALSO SEE: Coming This Fall: The Return Of Cheap $2 Gas

The Prius was widely expected to adopt some of the look of the Toyota Mirai fuel-cell car, and we’re pleased to see that it gained some of the attractive elements of that sedan but appears to have shed the more controversial elements and the rear-end styling. The rear styling of the Prius, although not completely uncovered here, shows some daring new creasing in the rear fenders—and appears to confirm that Toyota has gotten more aero-adventurous with the look but kept the Mirai's multi-level oddness to a minimum.

The 2016 Prius, of course, keeps its long-roofline hatchback (‘liftback’) look, but is clearly a step aside from the profile and style established with the second and third generation models. And inside, it appears that at least some of the displays have been moved directly ahead of the driver.

Plug-in versions of the Prius are expected to provide electric-only operation for up to 30 to 35 miles, versus the current rated 11 miles. We’re eagerly awaiting official EPA fuel economy numbers for the standard Prius Liftback, which we do expect to be higher than the current model, although perhaps not the 15 percent that had been predicted by some sources earlier this year.

READ: Should I Buy A Used Chevy Volt Electric Car?

The 2016 Toyota Prius is built on a new ‘TNGA’ global modular platform that will be shared with other front-wheel-drive Toyota models, and it will likely, for the first time, offer all-wheel drive. Revamped versions of the Prius C (compact) and Prius V (wagon) models are likely in the works.

The all-new Prius will reach dealerships quite soon; it’s expected to go on sale as soon as December.

Stay tuned for full details and official pictures. But you can take our word for it that the Prius is going to get a lot more interesting.