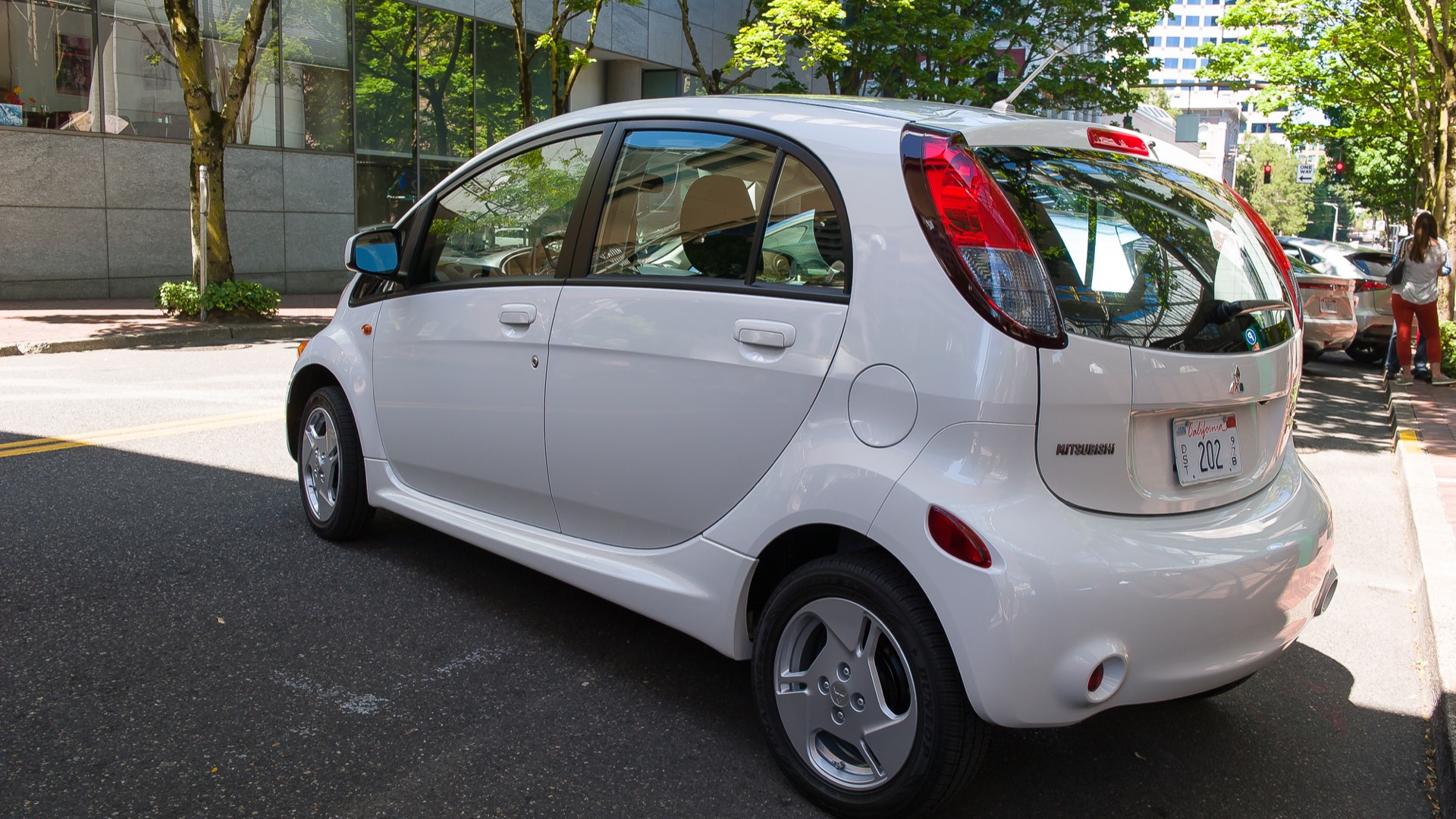 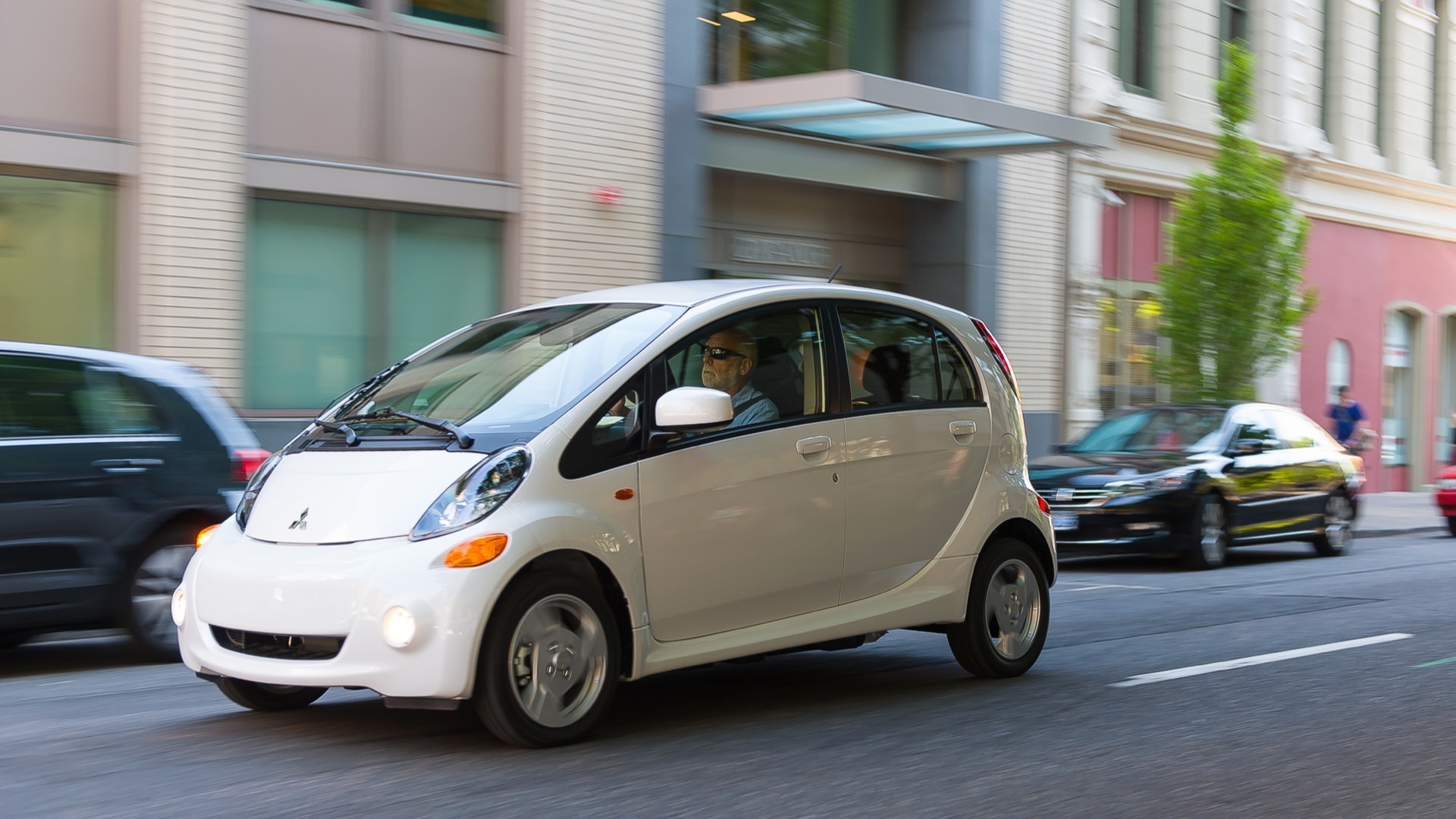 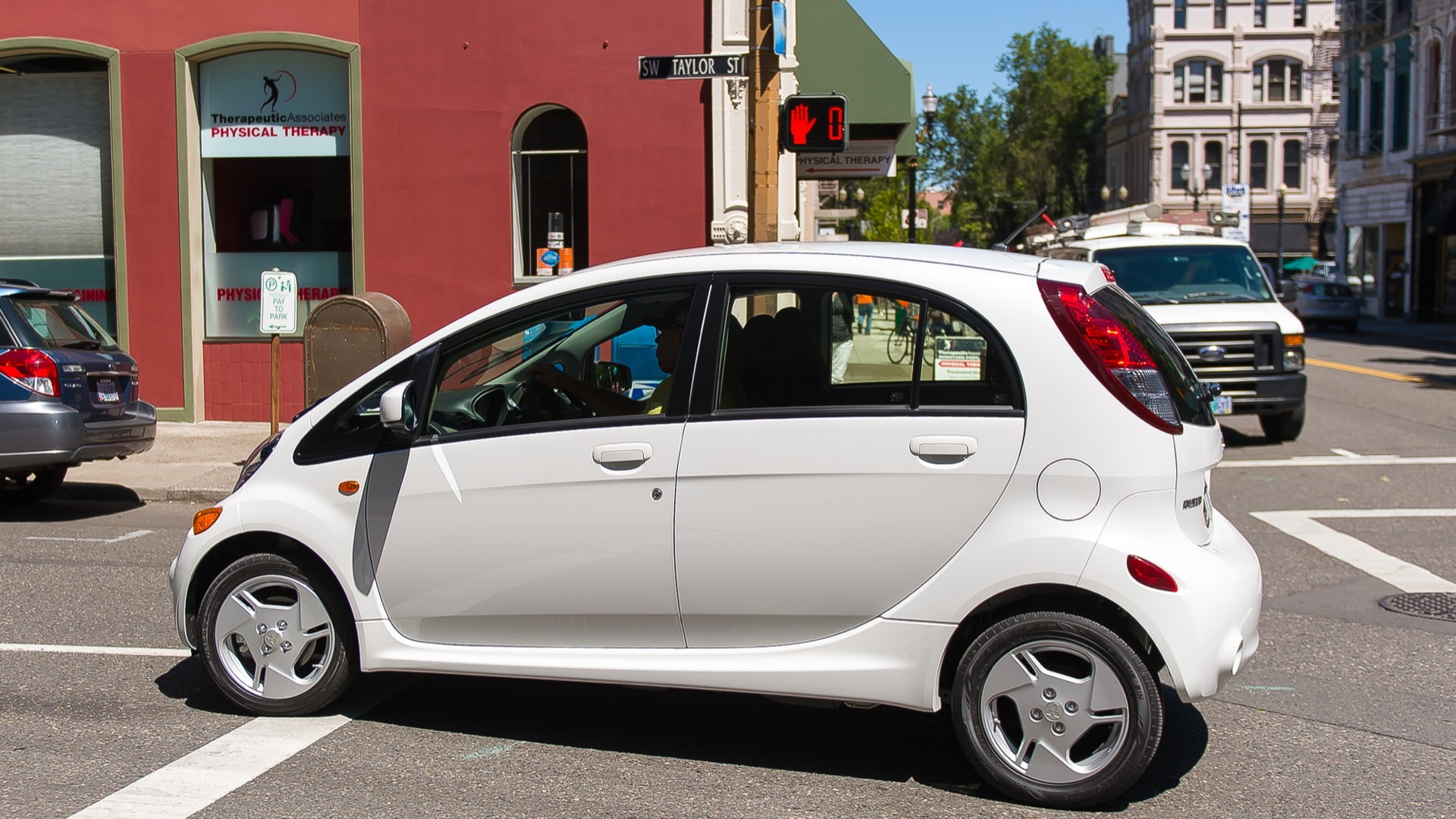 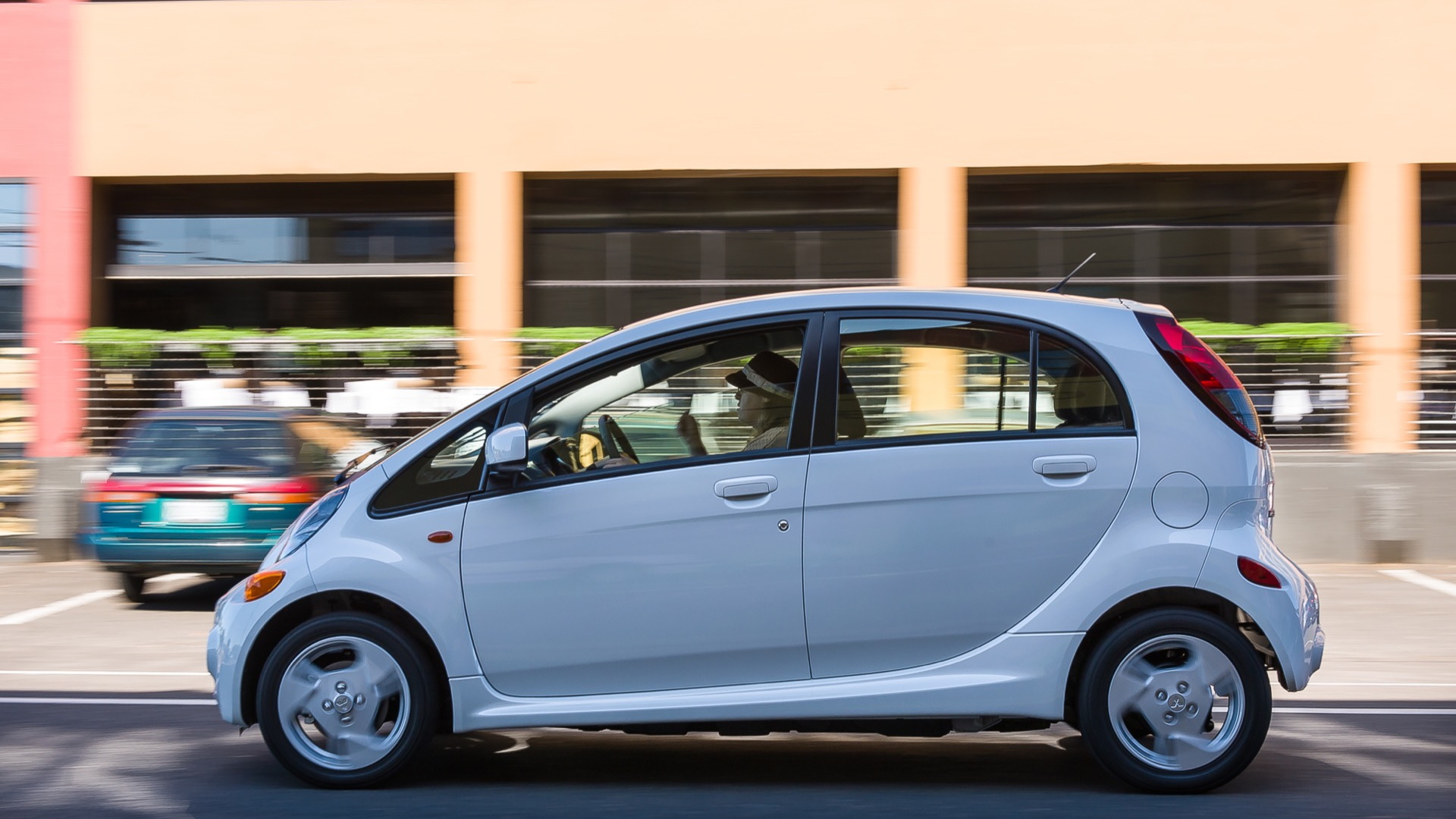 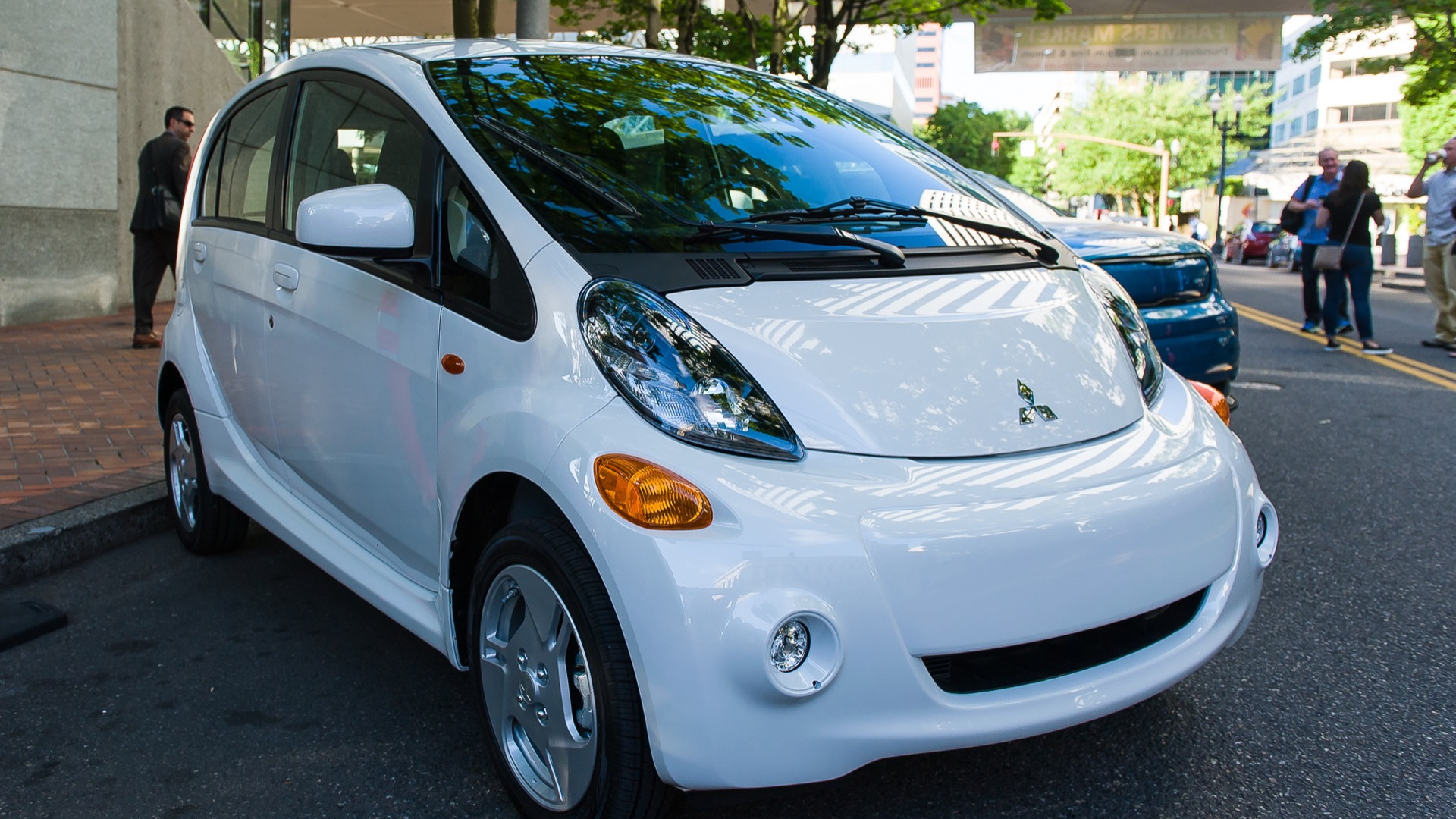 The 2016 Mitsubishi i-MiEV is an outlier—in design, in layout, and in the way it drives. Yet our long-term 2015 Volkswagen e-Golf is nearly the polar opposite—a full battery-electric model wearing the look, feel, and functionality of one of the world’s best-selling cars of all time.

As we mentioned this past week in a drive report of the i-MiEV, Mitsubishi was one of the leading-edge offerings in a fledgling electric-vehicle market four years ago—and it seems that during four years the market’s expectations of how an EV should be packaged, and how it should perform, have changed considerably.

If you’re relatively new to electric vehicles, we recommend that you click through our reviews of the Volkswagen e-Golf and 2016 Mitsubishi i-MiEV at our companion site, The Car Connection. But based on our recent short drive of the 2016 i-MiEV and our several months already with the e-Golf, here are several key differences (other than pricing, which is an obvious advantage of the Mitsubishi) that small-car fans and EV enthusiasts are likely to see between the two:

There couldn’t be a more pronounced difference in how you sit and ride in these two vehicles. In the i-MiEV, short-and-upright seats give you a high vantage point but lead you to feel like you’re sitting on the bulk of the car. Those short cushions aren’t all that comfortable, either—especially for taller drivers—as they tend to focus all the pressure on sit-bones and none on thighs. You’d better feel comfortable with your passenger, too, as you’ll be nearly bumping shoulders (as the i-MiEV is considerably narrower than most other U.S.-market small cars). And the steering column is fixed. The e-Golf, on the other hand, has great, supportive seats, with longer proportioning that gives far better support for one’s thighs and back. There's more adjustability, too, in multiple ways. You sit lower in the car, for sure, and while that means visibility isn’t quite as great, you instantly get a better feel of the e-Golf’s handling and cornering capability.

In back, both of these models are closer—and the Mitsubishi might even have the advantage, surprisingly. In the i-MiEV, we’ve found the back seat to be better-proportioned than the front seats, in some respects, and barring the same narrow feel, there’s lots of headroom and reasonably good legroom. In the Golf, there’s good space in back, but the door cuts and low-set front seats make getting in and out, and wedging feet underneath, quite a bit more difficult.

The Volkswagen e-Golf, like most modern electric cars—whether they be ‘compliance cars’ or higher-production-volume affairs, gives you lots of readouts. It keeps you posted on your energy use, and lets you keep tabs on your driving style. On the other hand, in the i-MiEV, there are no information screens or in-depth efficiency data; instead, while there is a sweeping power gauge, range and trip information is relegated to a tiny LCD display that you click through with an old-style odometer peg.

And then, perhaps more importantly, there are the driving modes. In the i-MiEV, a ‘B’ mode on the gated shifter gives you far more regenerative braking—and essentially, one-pedal driving—while an ‘Eco’ mode puts a limit on engine output. In the e-Golf, you have two sets of variables: first, three modes (Normal, Eco, and Eco+, with the latter two limiting power and top speed), as well as three regen modes—accessed through a sideways toggle of the shift lever—to help suit your driving style.

Both of these models offer perky, electric-car zip off the line, with acceleration that’s a bit less zippy as you near highway speeds. That high-speed sluggishness is more noticeable in the i-MiEV, which feels at its best and most responsive below 50 mph or so.

In handling, these two models are extremely different as well. The e-Golf feels precise and nimble in its handling, yet tracks along the roadways with characteristic German heft; it feels absolutely secure and comfortable cruising at 75 mph—although of course it doesn’t have the battery capacity to do so for very long. On the other hand, the i-MiEV feels super-light and communicative from the steering wheel. The suspension is quite comfort-oriented in the i-MiEV, and while you get a lot of fore-and-aft bobbing motion, it corners relatively flat—and it never ceased to surprise us in how much fun it could be at low speed. At high speed, however, it’s somewhat twitchy and easily thrown off by road crowning, truck ruts, and tramlines.

The 16-kWh battery in the Mitsubishi i-MiEV starts off with a natural disadvantage versus the 24-kWh one in the e-Golf. And the difference is about as pronounced as you might expect, given that. The official EPA range for the e-Golf is 83 miles, while it’s 62 miles for the i-MiEV. One key difference in how this pans out in real-world driving is how that changes with climate-control use. We’ve found our e-Golf to return consistently more than its estimate with the climate control off (or mostly off), or right around that estimate with more regular climate-control use. Meanwhile we noticed in the i-MiEV that running the A/C led to a significant (perhaps 25 percent or more) drop in usable range.

These models are completely different in mechanical layout, too. The Golf is front-wheel drive, with the motor system in front; it’s built on VW’s latest (and already well-proven for safety) MQB platform, while the i-MiEV is rear-wheel-drive, with the motor in back, and has its roots in Japanese kei cars aimed at keeping footprints (and engine sizes, in the model on which it’s based) small for registration and tax reasons. Both models do package their battery packs toward the middle of the car, which helps equal out the weight distribution somewhat—although in the i-MiEV, with its skinnier front wheels and staggered tire sizes.

Here’s where these two models do have quite a bit in common. They’re both four-door hatchbacks, with nice, low cargo floors and no clear concessions in convenience to battery-pack placement. Rear seatbacks flip down easily in both models, and the result is a very useful expanded space good for large grocery runs or weekend projects. While that space itself is larger in the e-Golf if you measure it by the floor area—mainly because the Mitsubishi is so narrow—the i-MiEV’s height may be an advantage in some cases.