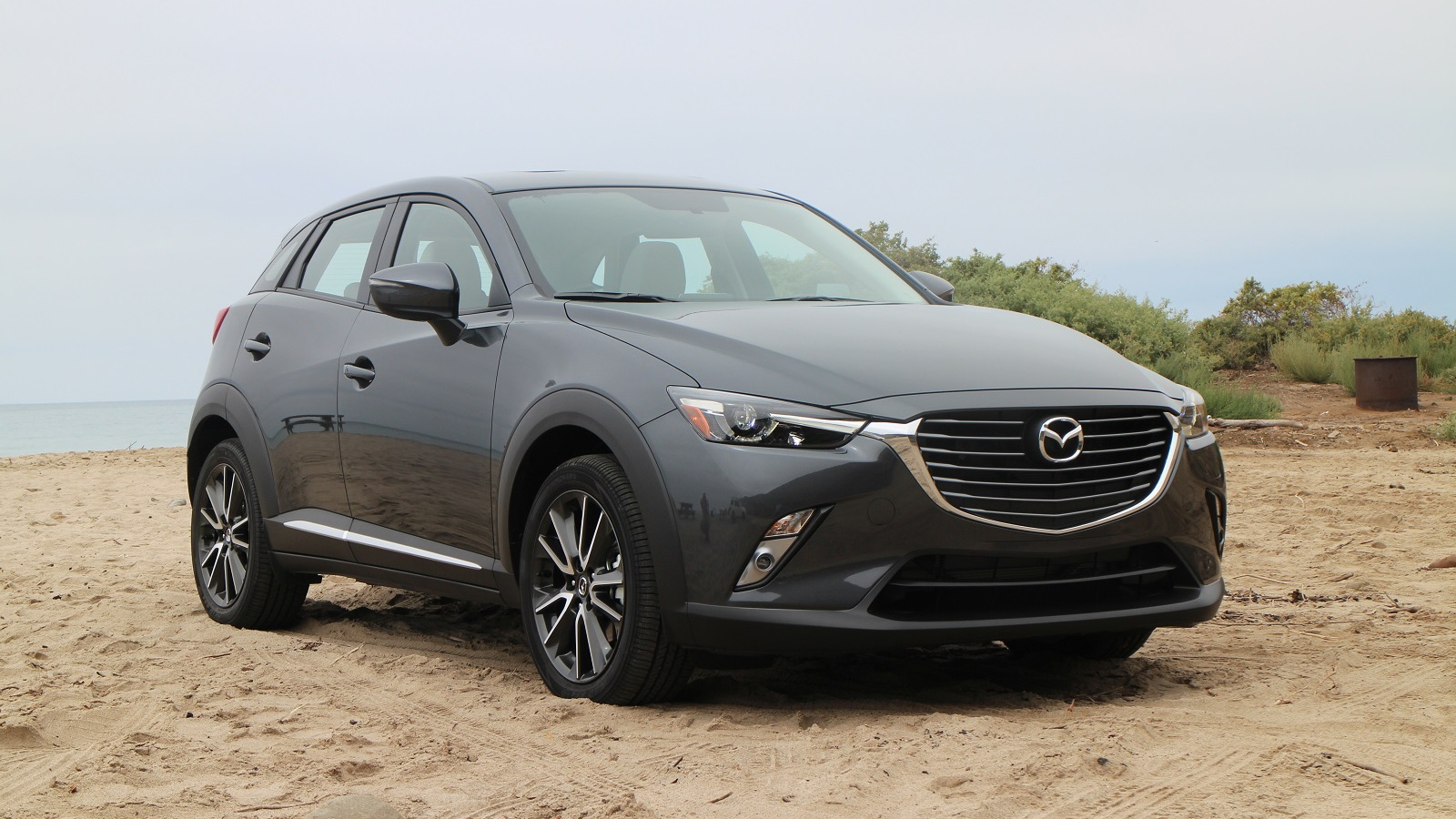 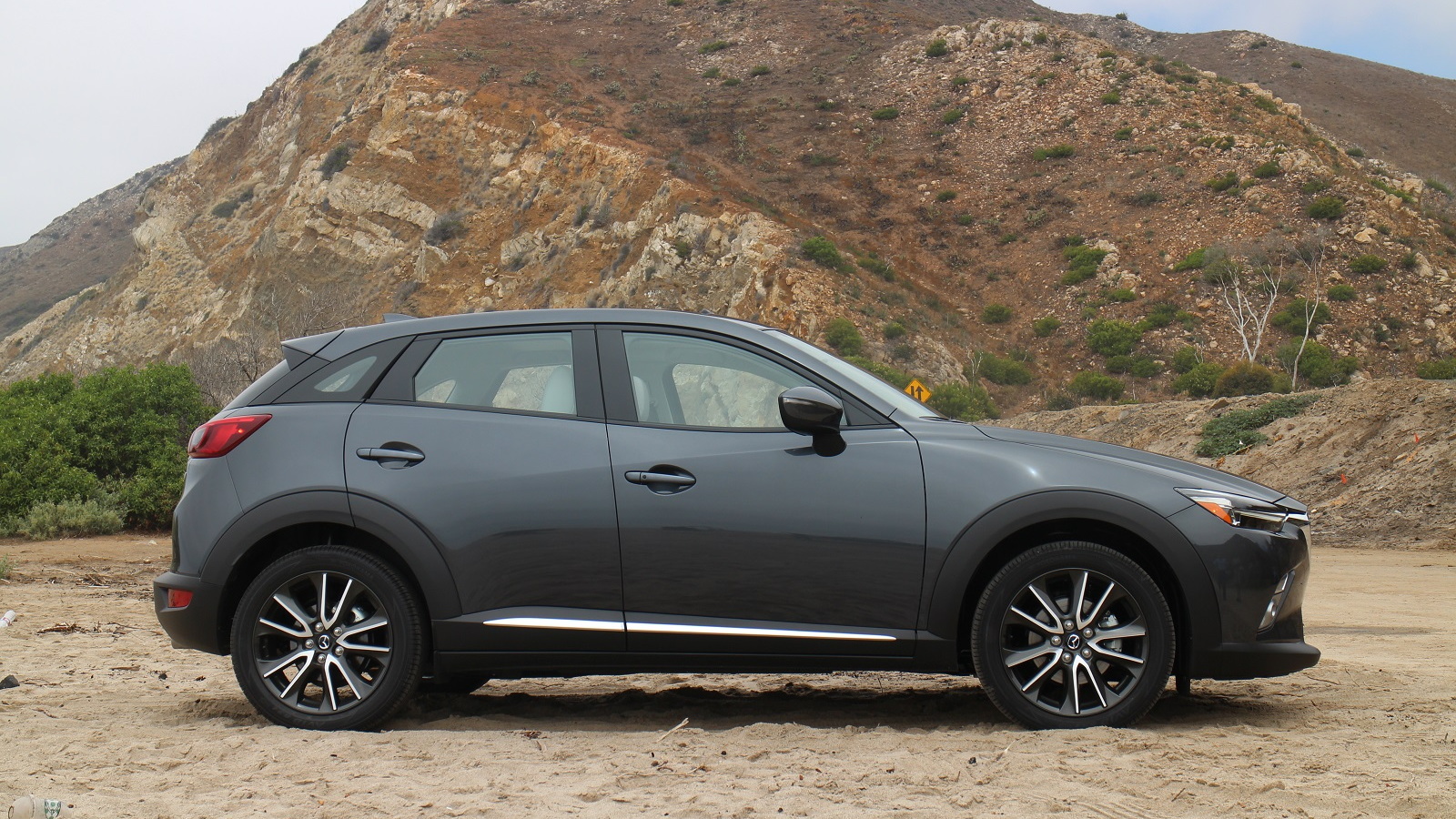 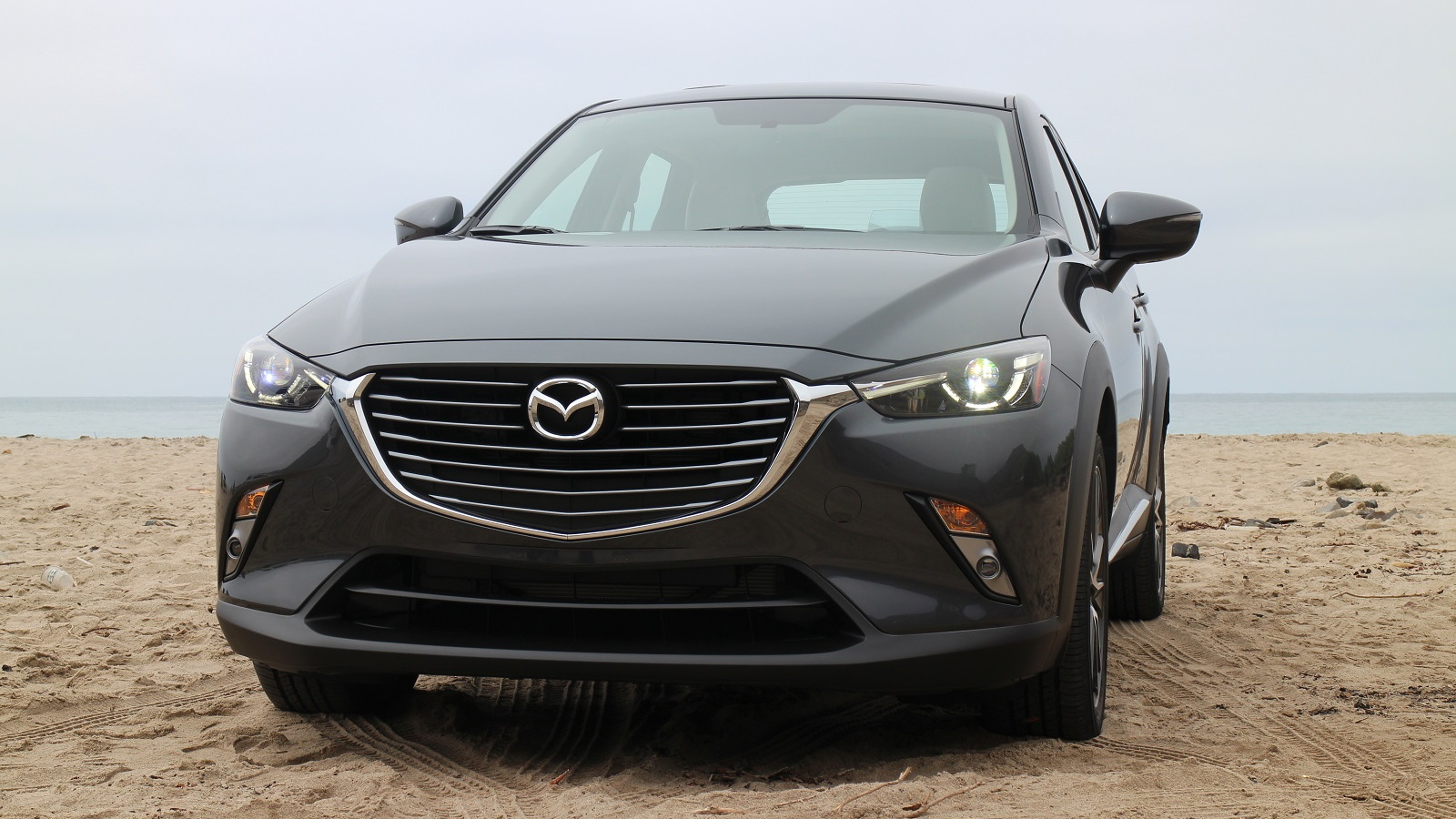 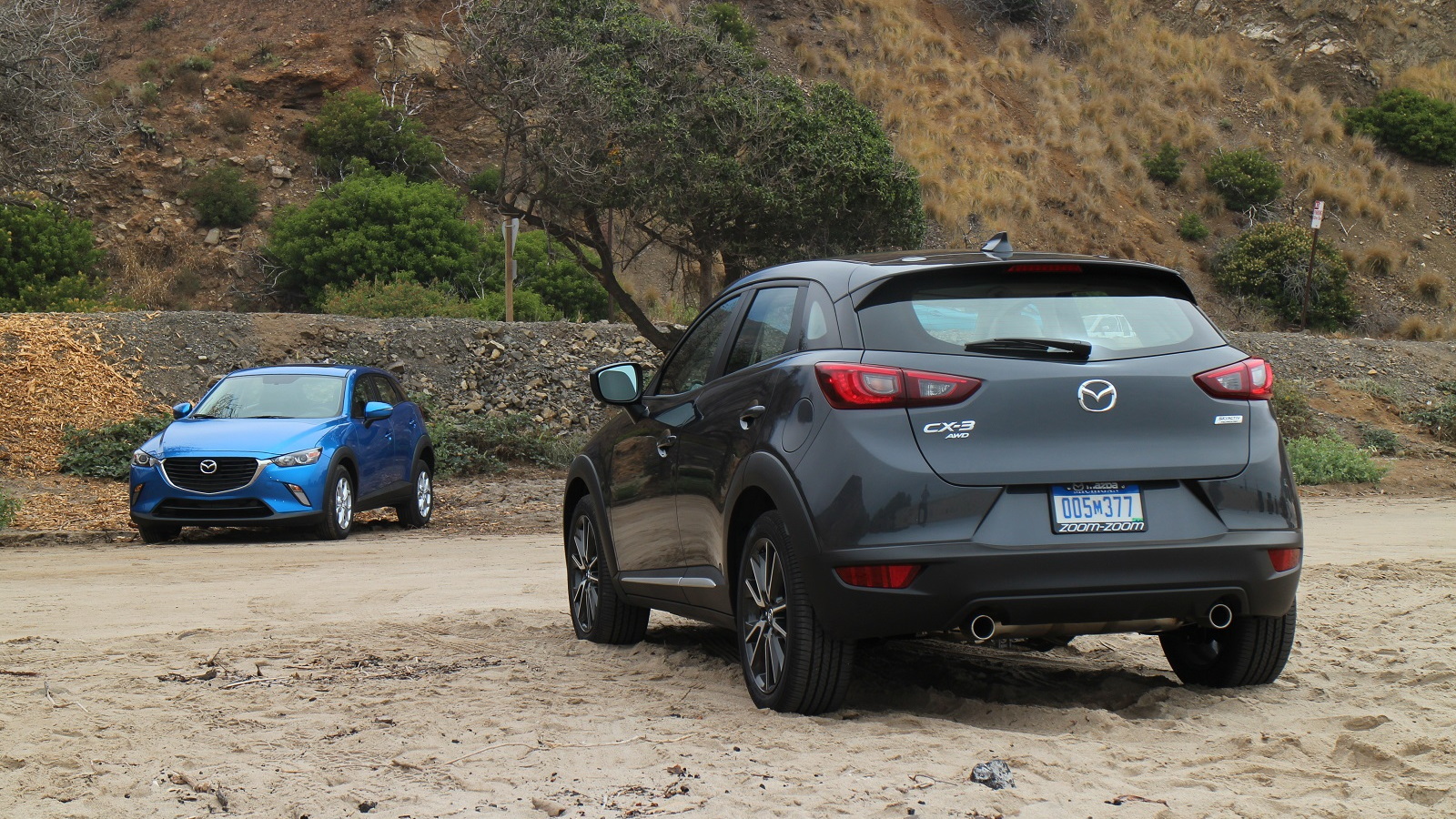 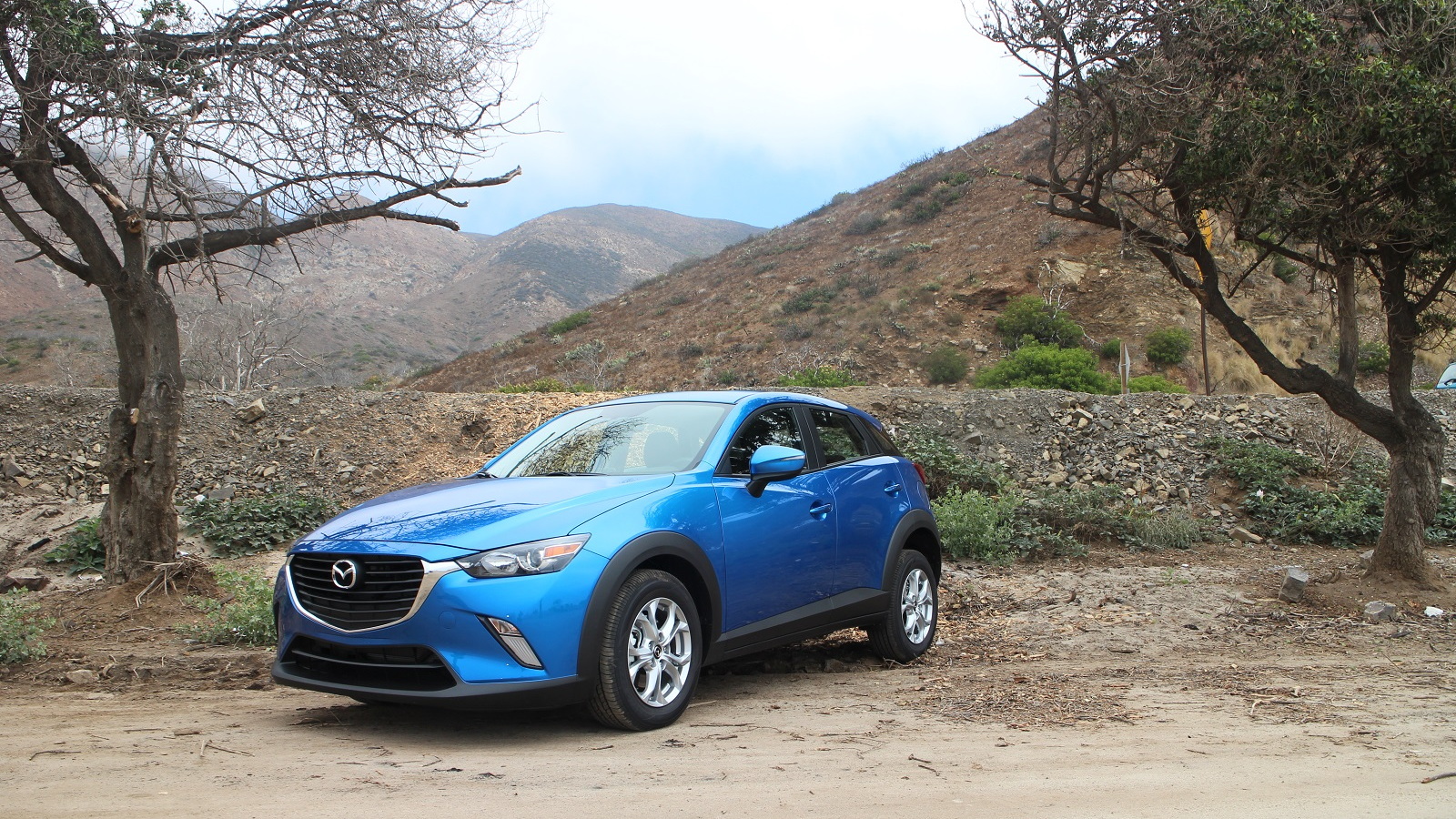 The range of small and smaller SUVs seems to expand almost monthly, and the latest entry is the 2016 Mazda CX-3.

This crossover utility vehicle slots below the compact Mazda CX-5 in the "Zoom Zoom" maker's lineup.

The company expects the CX-3 to appeal more to couples and empty-nesters than to families--which it says will choose the larger CX-5 for practicality.

The CX-3, built on elements of the latest Mazda 2 subcompact--a vehicle that we'll see in the States only in its Scion iA sedan guise--offers more cabin space than the Mazda 3 hatchback.

You can think of it, if you like, as a Mazda 3 that actually fits four people, and offers optional all-wheel drive as a bonus. That's because as much as we like the Mazda 3 hatch, its rear seat is all but unusable for larger adults over longer trips.

The new CX-3 comes with only a single powertrain, a 146-horsepower 2.0-liter SkyActiv four-cylinder engine and six-speed automatic transmission.

Like all SkyActiv vehicles, however, we'd expect the CX-3 to hit its combined EPA ratings and very possibly outdo them, which is something of a rarity among new gasoline vehicles these days.

Both of those results put the CX-3 at or near the top of its burgeoning class. The Honda HR-V comes in at the same numbers: 31 mpg combined for the front-drive version with a continuously variable transmission (CVT) or 29 mpg if you add all-wheel drive to that.

(The HR-V is only 25 mpg combined with a six-speed manual gearbox, in front-wheel-drive only; that's a combination Mazda doesn't offer.)

Another high-volume entry, the Jeep Renegade, rates at best 27 mpg combined--and at its lowest, at 24 mpg for models with all-wheel drive and an automatic. The Chevrolet Trax comes in at 27 mpg combined too, when AWD-equipped. The closest competitor may be the all-wheel-drive Subaru XV Crosstrek, which earns a 29-mpg combined EPA rating.

We spent most of a day with a couple of different CX-3s, following more canyon routes after a day with the new MX-5 Miata.

During our own drives, which mixed highway driving and those curvier two-lane canyon roads, we observed readouts of 30 to 32 mpg in the AWD model. The front-drive version showed 31 to 34 mpg.

The littlest Mazda crossover is certainly more fun to drive than any of its competitors, not to mention commendably quiet on most pavement surfaces.

The tradeoff for fun-to-drive, as in the cramped Mazda 3, comes in the interior volume. Compared to the HR-V, which appears cavernous inside and can easily carry four adults, the CX-3 is fine in the front but tight in the rear. Cargo volume isn't all that great for a crossover either.

One tech trick that debuts in the Mazda CX-3 is predictive all-wheel drive, in which a substantial array of sensors delivers data to an electronic control system that sends torque to the rear wheels when it thinks it'll be needed.

We never felt the AWD kicking in, but it was the more balanced of the two CX-3s we drove. The front-wheel-drive model occasionally squirmed on hard acceleration delivered solely through its front tires.

If you're looking at small crossovers, the CX-3 may be the most enjoyable on the road. If you don't customarily carry four people or enormous volumes of stuff, we suggest giving it a look--because, as well as the fun-to-drive quotient, the gas mileage is likely to be very good.

We look forward to a longer time spent with the CX-3 on our customary test route.