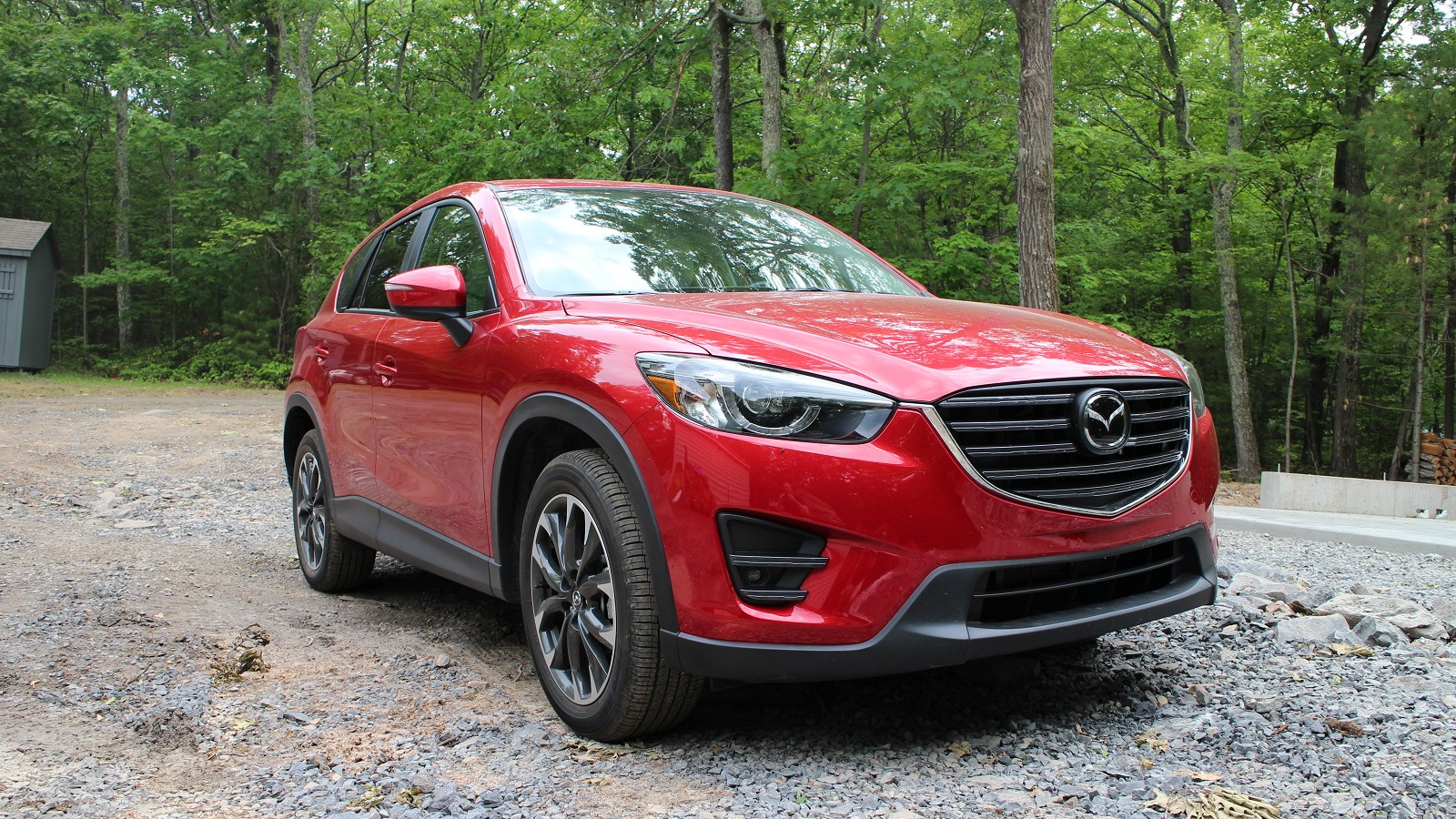 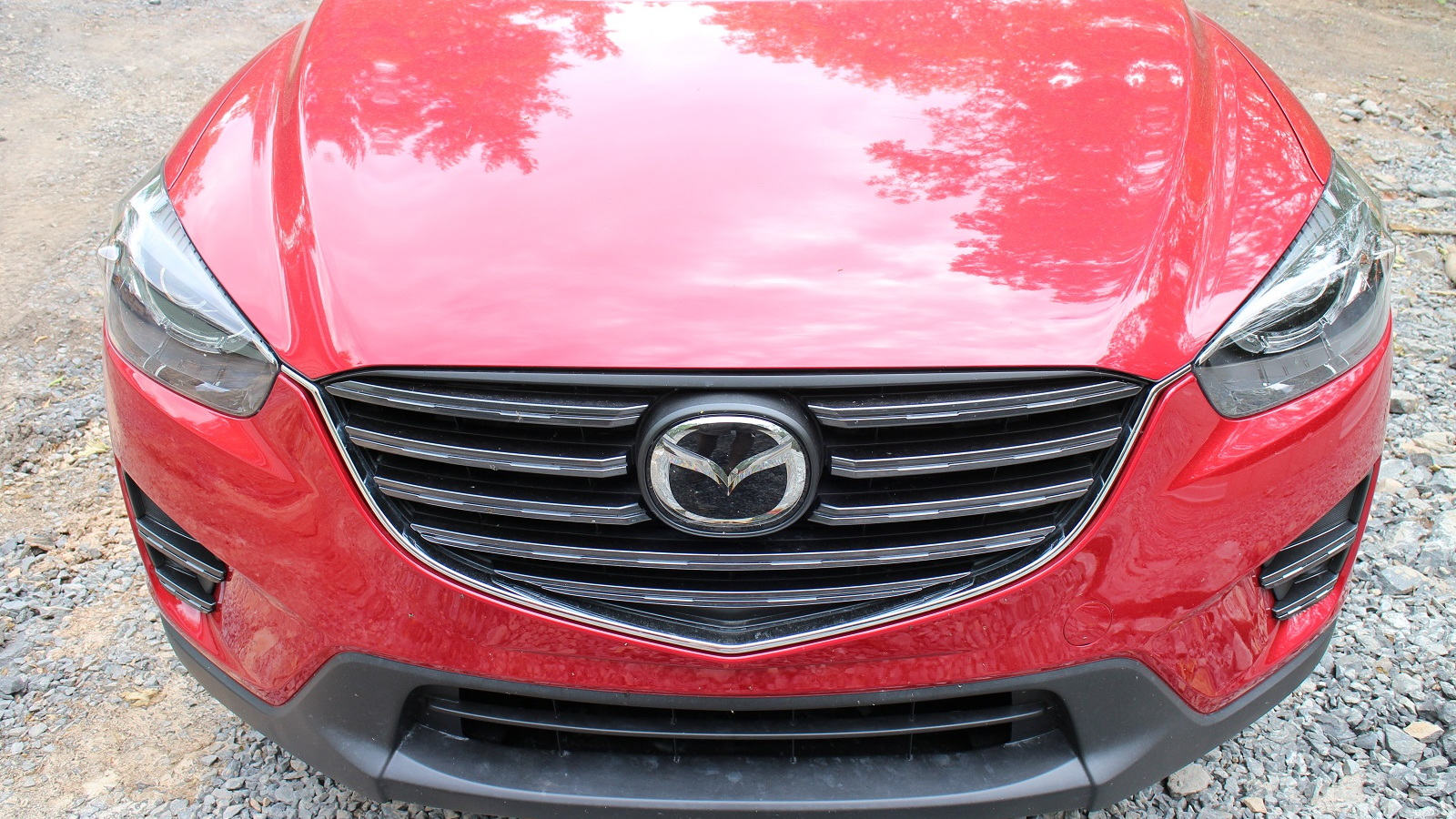 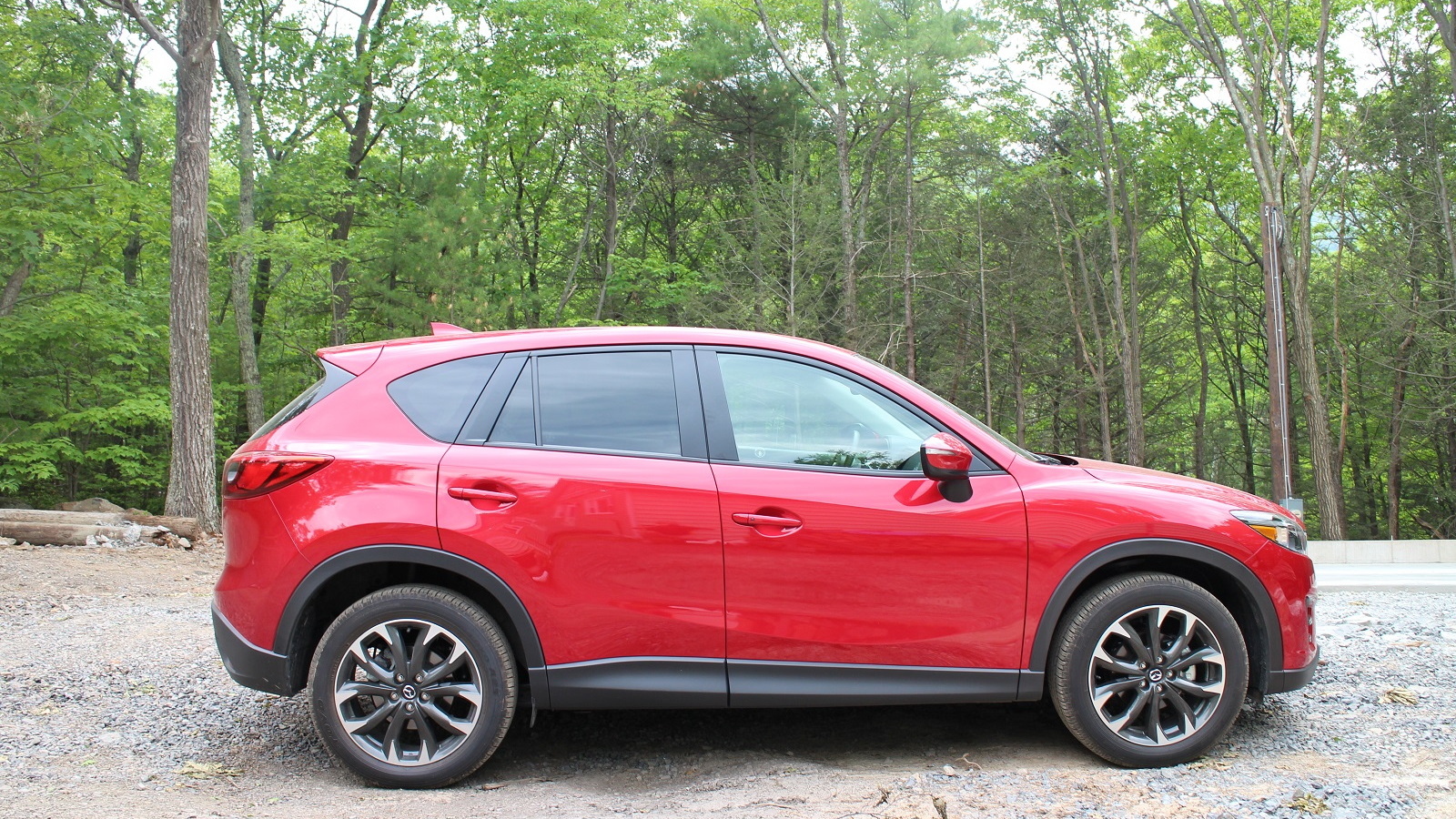 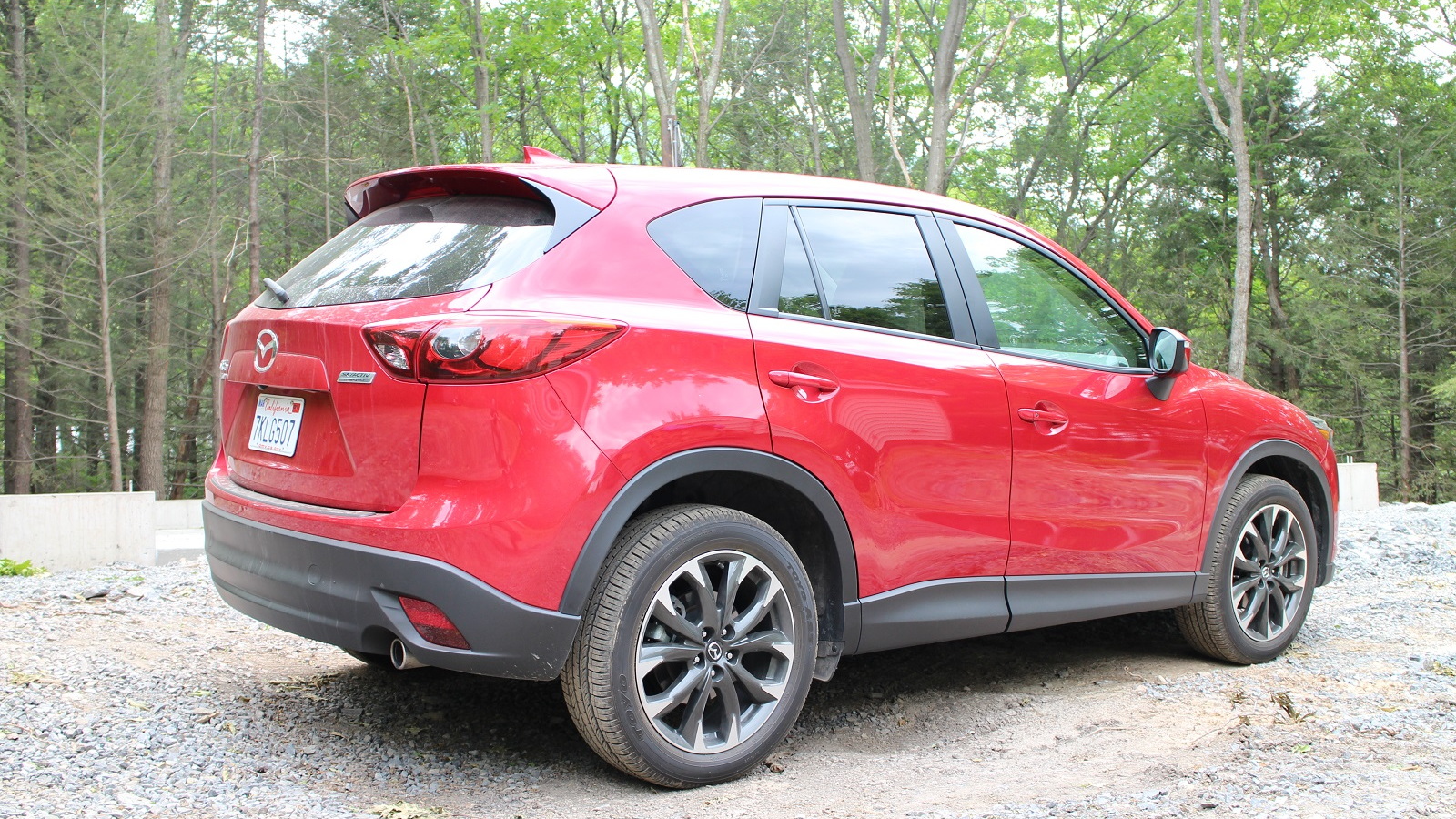 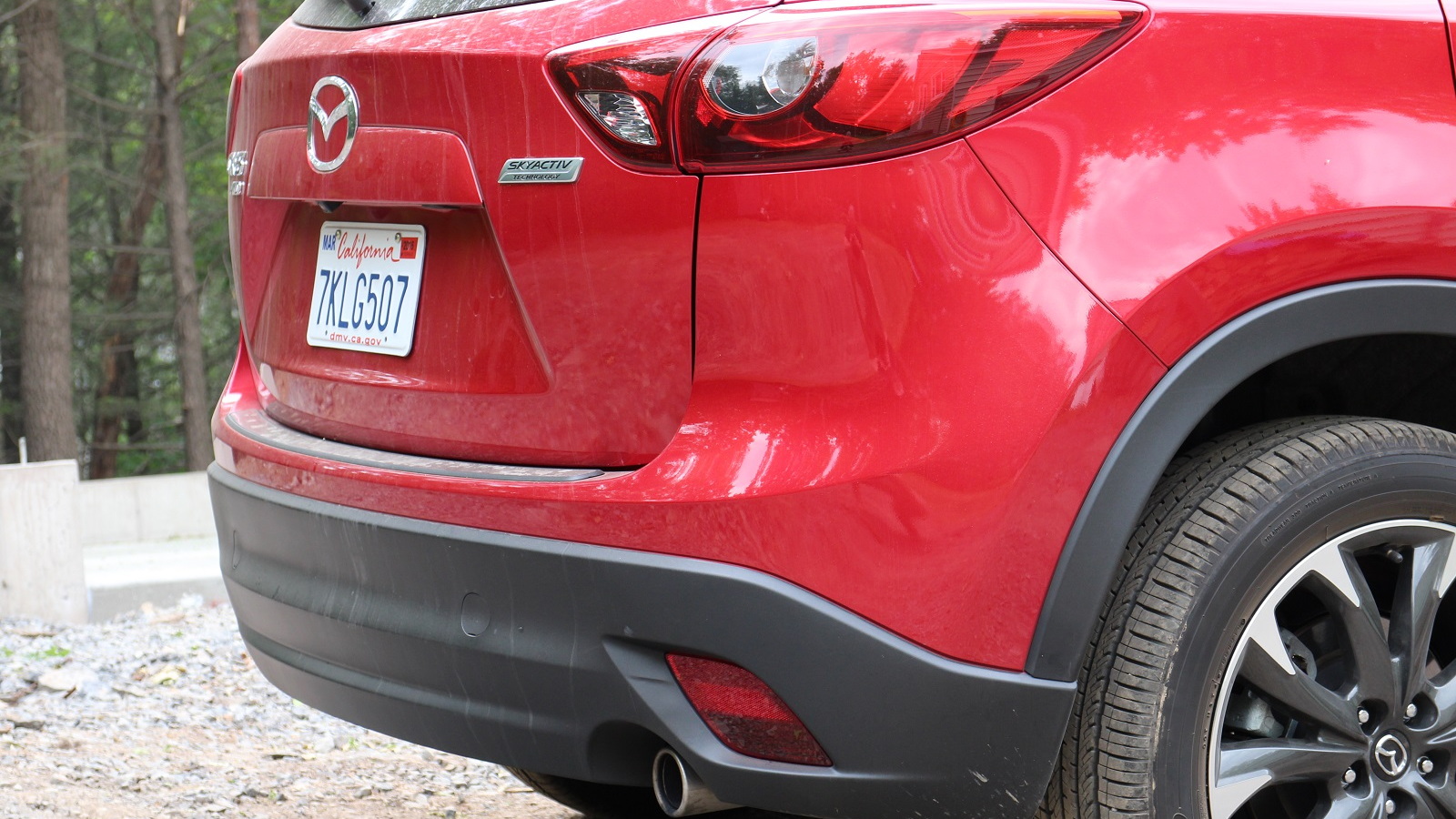 The Mazda CX-5 has always been one of our favorite compact crossover utility vehicles, not only for its fuel efficiency but also for its capacious functionality and fun-to-drive nature.

First launched as a 2013 model, the CX-5 has been lightly updated for 2016 with minor tweaks to styling, suspension, and featured equipment.

We spent a long weekend with a top-of-the-line 2016 Mazda CX-5 Grand Touring AWD model, putting more than 400 miles on it over four days.

That's about what we would have expected for our usual driving pattern, which is about two-thirds highway miles and one-third city and suburban errand running.

It's not quite as good as the indicated 29.7 mpg we got in a very similar test vehicle two years ago. 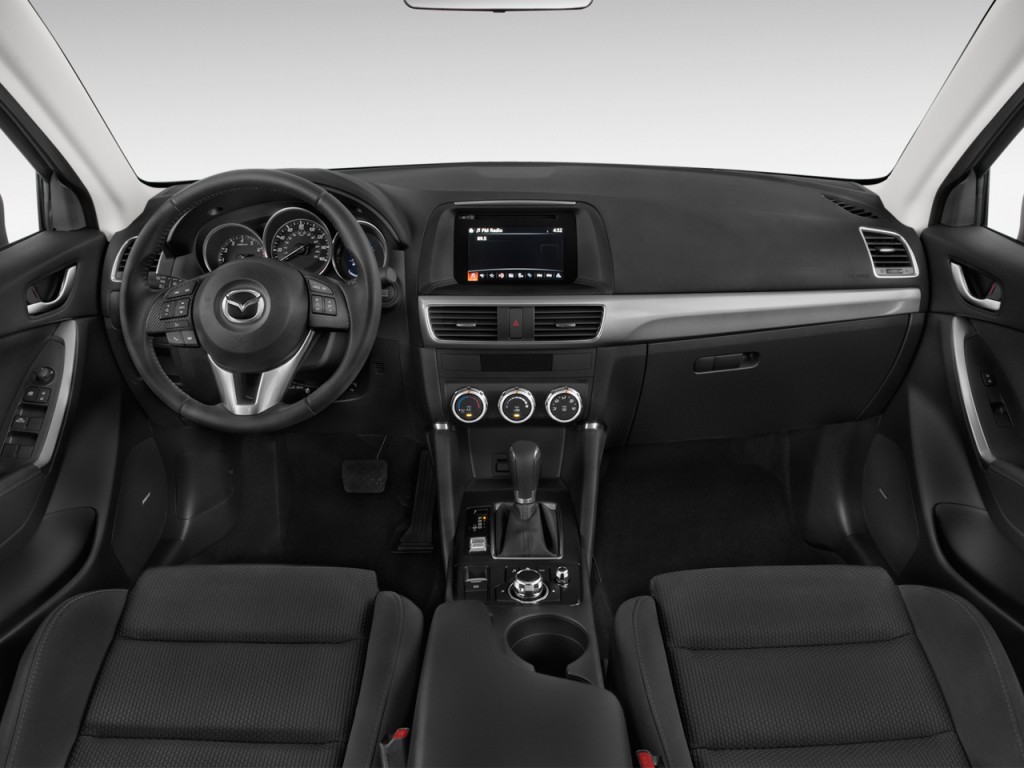 Nor is it as good as the remarkable 33.1 mpg we got in a 2013 version fitted with a 2.0-liter engine (rated at 28 mpg combined), though we observed at the time that the smaller engine had very little margin of power in reserve.

That smaller engine is available in the CX-5 only with front-wheel drive, and its 29-mpg combined rating is equaled by that of the larger 2.5-liter engine in the front-wheel-drive model--so we suspect that few will be sold with the 2.0-liter base engine.

Still, in its fourth model year, the CX-5 retains its core virtues and will likely deliver better fuel efficiency than many of its competitors in the compact SUV segment.

At the CX-5 launch in autumn 2011, one Mazda executive said the company thought its buyers' real-world results would be notably better than the EPA combined ratings.

Based on three separate examples, we think that's accurate.

Competitors to the CX-5 include the Chevrolet Equinox (soon to be replaced with an all-new model), the Ford Escape (with three separate engine options), the Honda CR-V, the Subaru Forester, and the Toyota RAV4 (which has a new 2016 RAV4 Hybrid in the range). 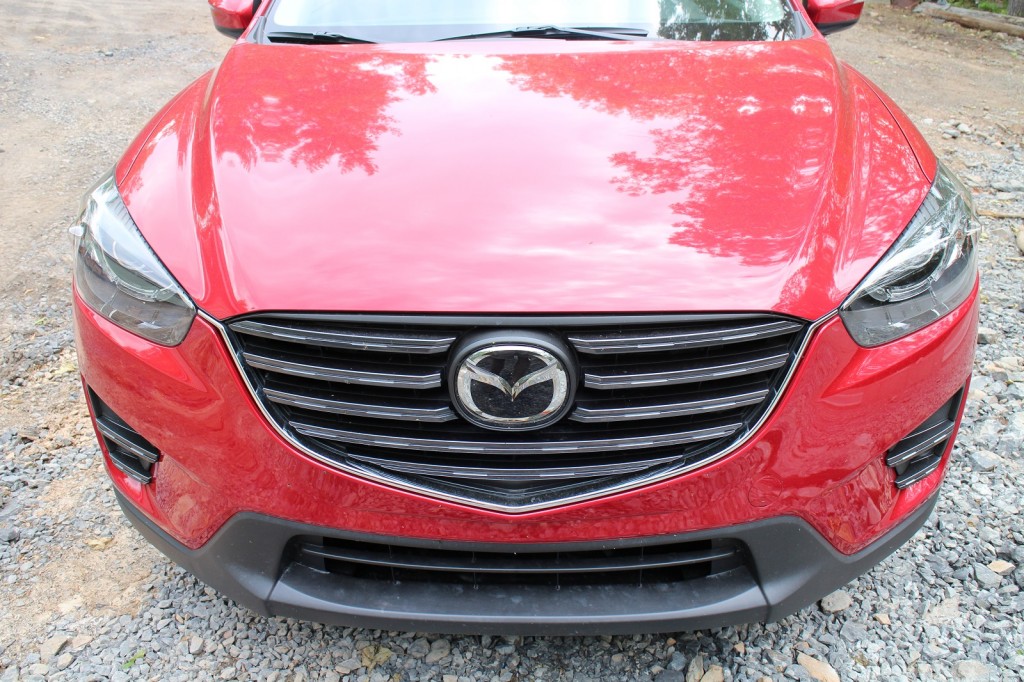 Updates for 2016 include a slightly reshaped trapezoidal grille, with slimmer headlights and a redesigned front fascia and bumper shield. Optional LED lights are now available at both front and rear.

Suspension bushings and dampers have been revised to tweak the handling--which we think has been fine on all three CX-5s we tested--along with selectable driving modes for versions with the six-speed automatic transmission.

Noise damping has also been upgraded, and the CX-5 is suitably quiet when driving with the windows closed.

On top of that were were $300 for the Soul Red paint--all of our CX-5 test cars have been various shades of red--plus $200 for the retractable cargo cover (a standard fitting on most small utility vehicles, ahem), $125 for door-sill trim plates, $100 for the rear bumper guard, and $90 for cargo mats.