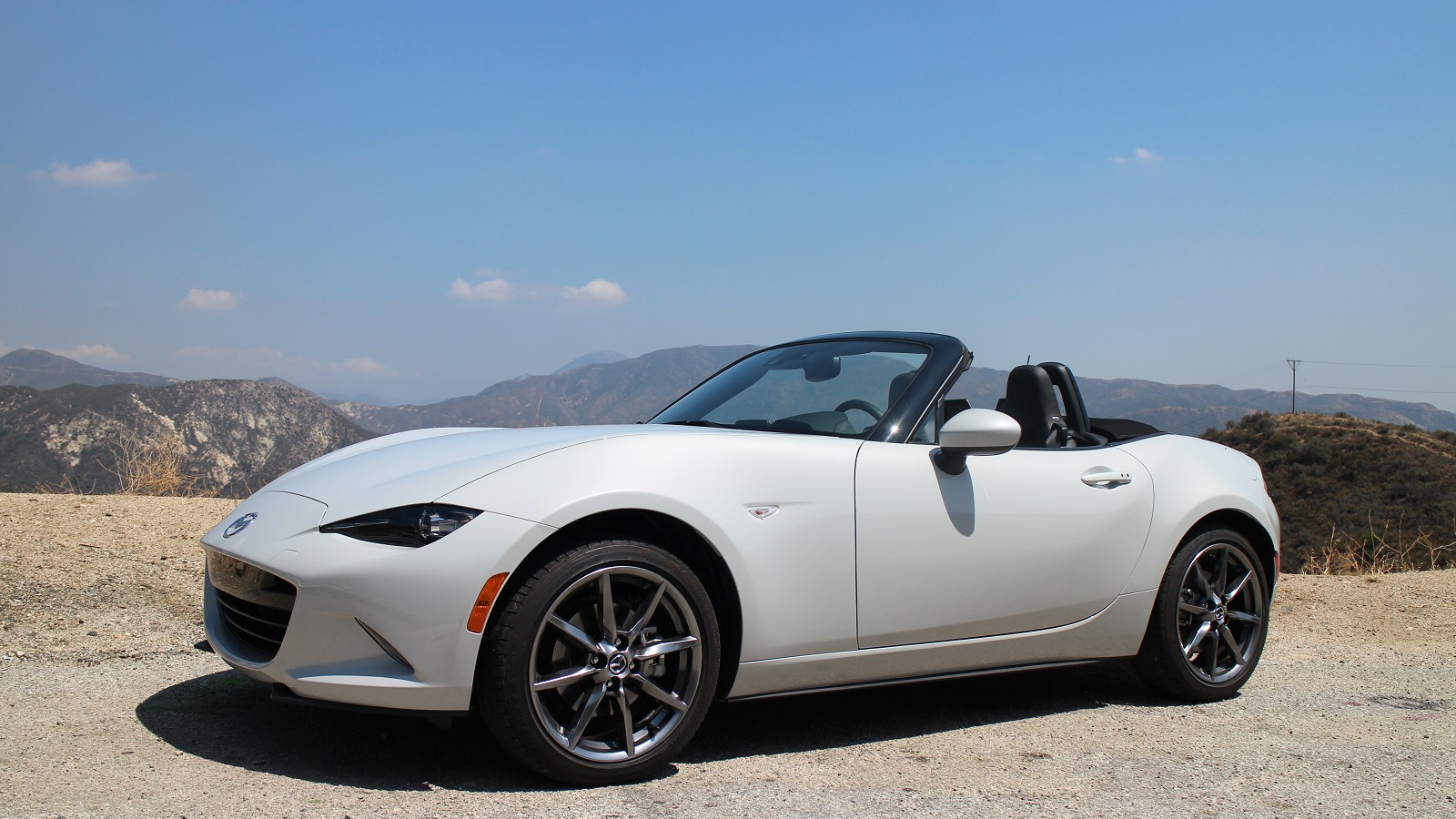 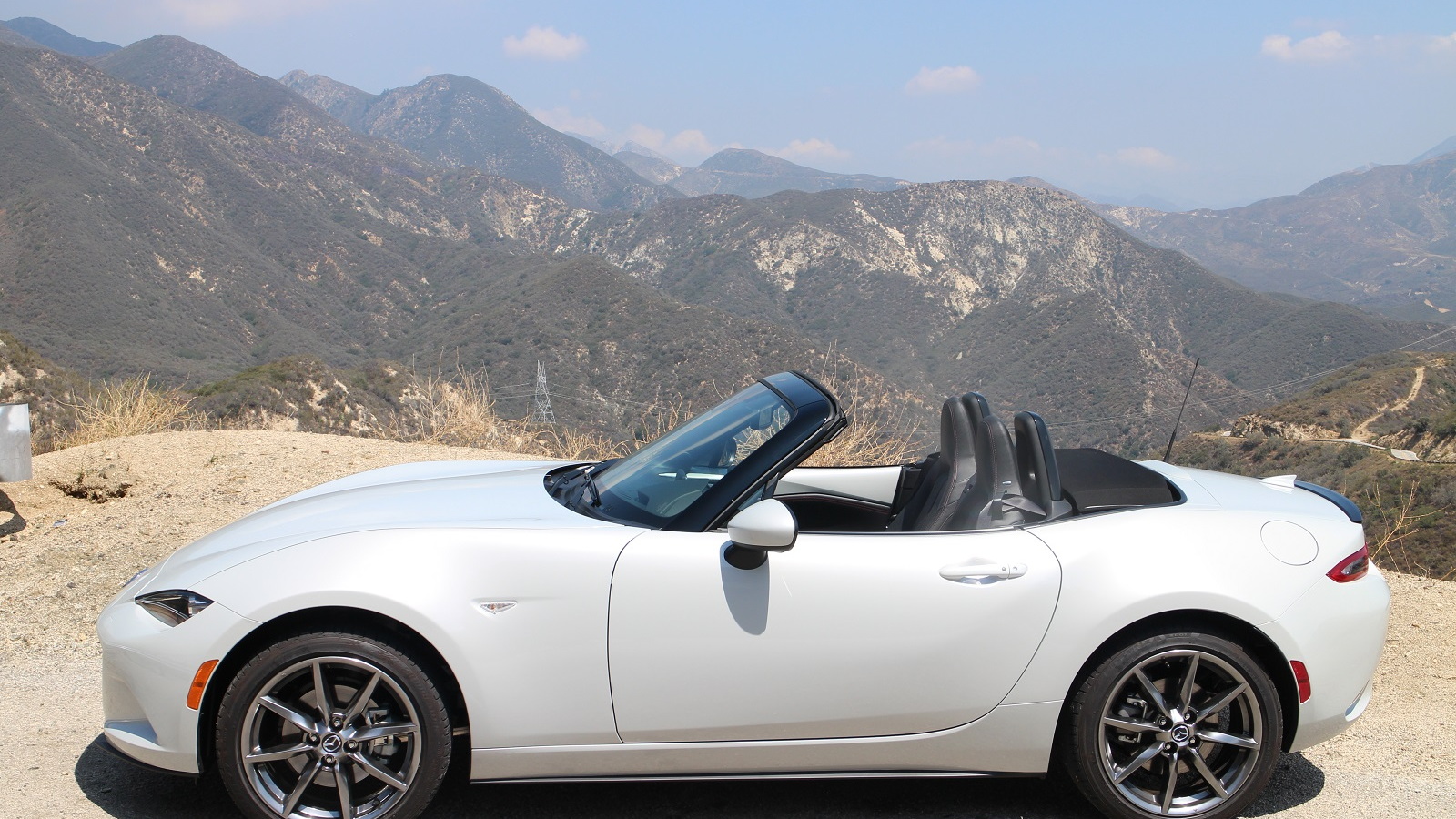 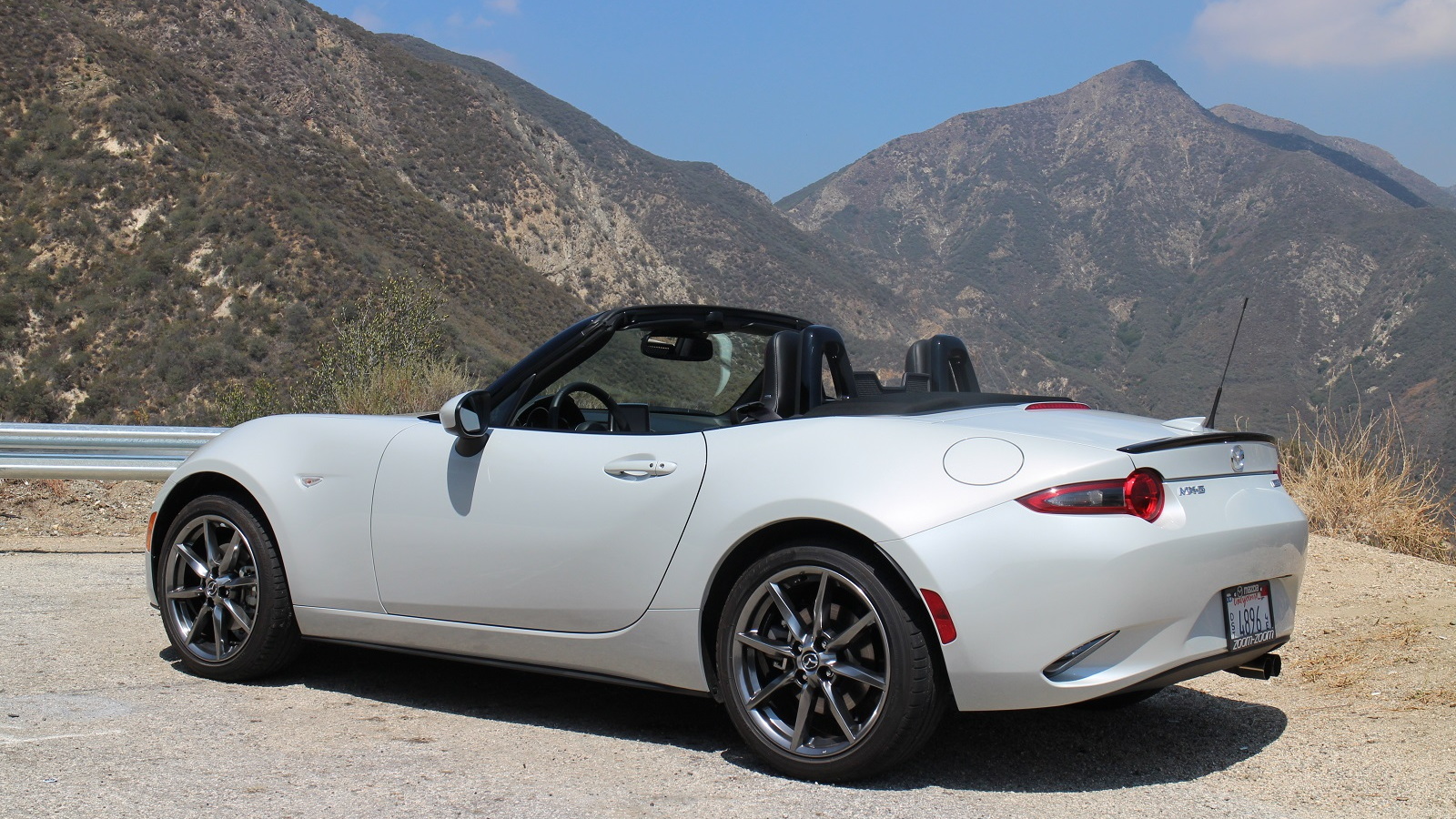 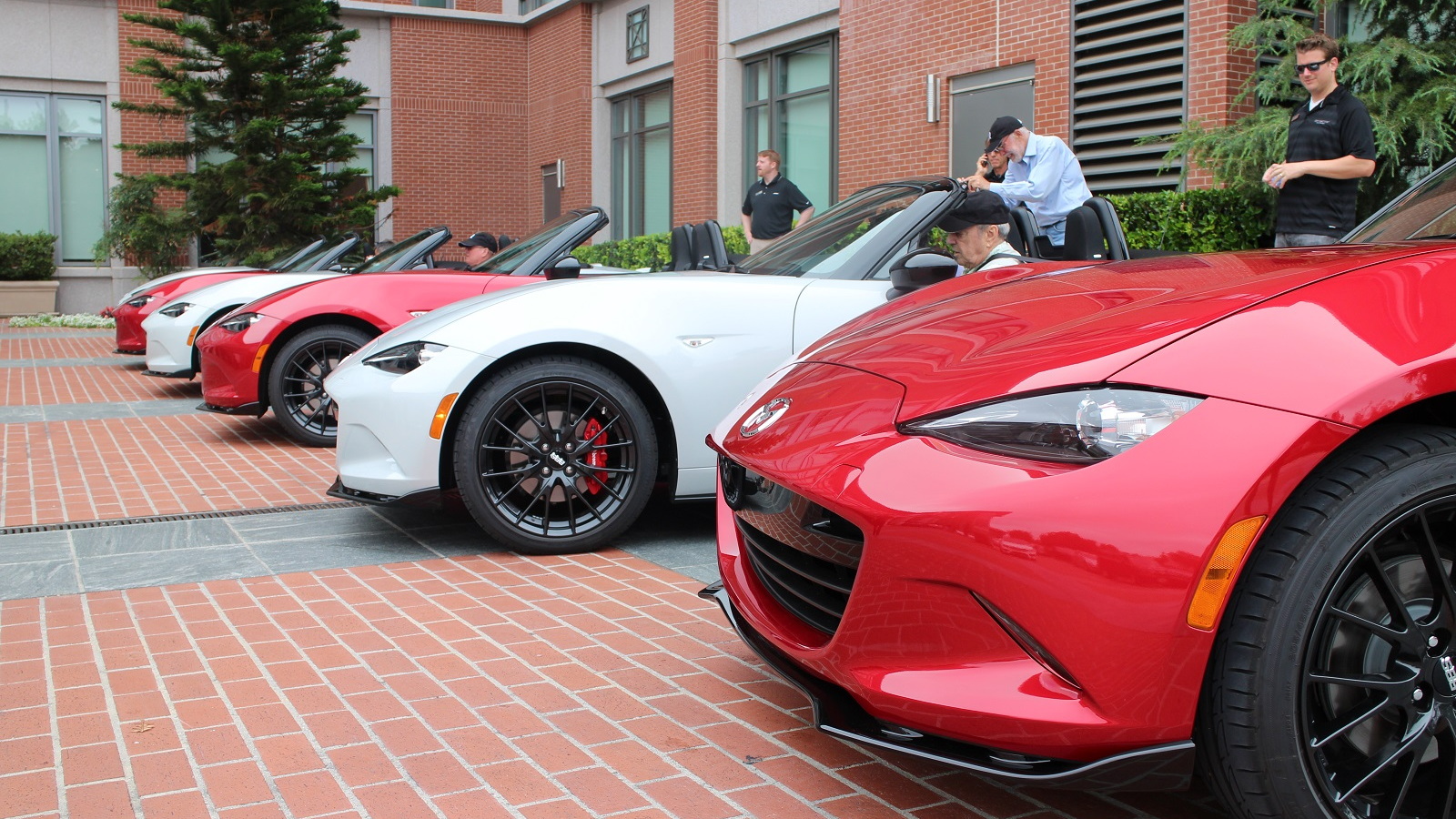 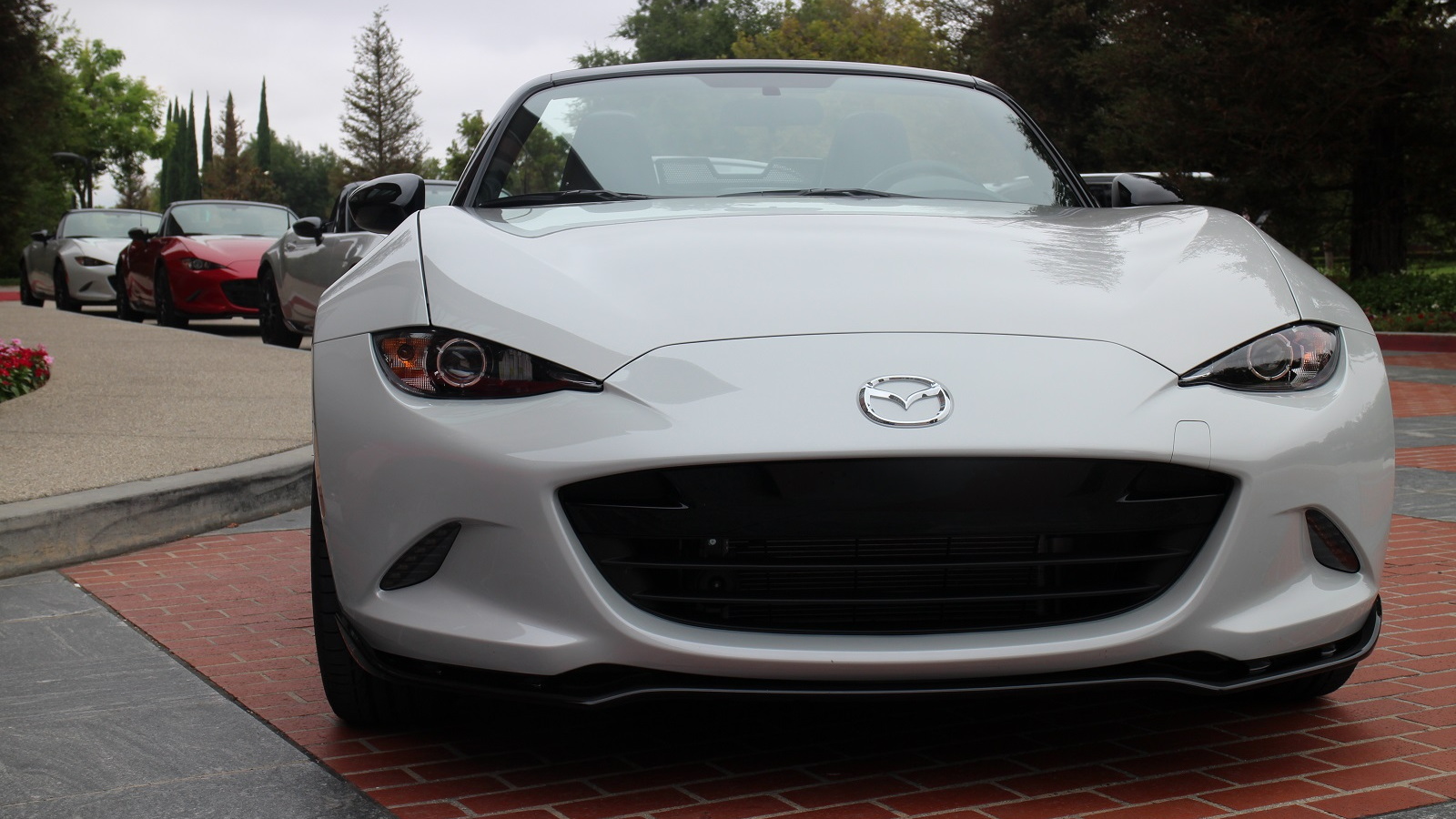 The 2016 Mazda MX-5 Miata is the newest generation of the world's most popular sports car.

The iconic two-seater passed the British MGB more than a decade ago to become the highest-volume sports car in the world, and the latest iteration brings it into the current decade.

In fact, we'd argue that it's the greenest new sports car you can buy--and certainly the most fuel-efficient one under, say, $40,000.

The basics sound similar to the previous generations: The 2016 Miata is a small, two-seat convertible with a 2.0-liter engine, paired to either a six-speed manual gearbox or (if you must) a six-speed automatic transmission, driving the rear wheels.

But now the MX-5 Miata has joined the SkyActiv team, meaning Mazda's effort to wring every last drop of fuel economy out of highly efficient conventional gasoline engines--and to design the entire car around that powertrain, while minimizing weight and aerodynamic drag in the process.

The 2.0-liter SkyActiv engine may be slightly down on peak power from last year's model, but the new Miata is at least 150 pounds lighter than its predecessor. It's also slightly smaller in length, though it adds width and a bit of headroom.

Mazda says it's a return to the smaller dimensions and seeming simplicity of the first Miata a quarter of a century ago.

The EPA rates the new 2016 MX-5 at 30 mpg combined, though its city and highway numbers vary a bit depending on whether you opt for the six-speed automatic transmission or the six-speed manual gearbox (our preference).

We spent a day driving two different Miatas through the hills and canyons north of Los Angeles. First came a red Club edition, the racier model with sports-tuned suspension, then a white Grand Touring model with more features.

In almost 200 miles of aggressive driving through the winding canyons north of Los Angeles, we got real-world fuel economy of slightly more than 30 miles per gallon combined in the two Miatas we drove.

And that was using full acceleration and hard braking quite a portion of the time. Not bad, eh?

Like the new CX-3 small SUV--which we also drove, and which we'll report on separately--the base model of the CX-5 compact SUV, and other Mazdas that use the same 2.0-liter SkyActivengine, the MX-5 seems incapable of delivering low fuel economy--no matter what the driver does to it.

Which leads us to suggest that the 2016 Mazda MX-5 is the most environmentally responsible sports car you can buy.

No, it doesn't have a plug and a battery pack, so it's can't run in zero-emission mode (unless you're gliding down a hill with the engine off).

But the only current two-seater that does that is the BMW i8 plug-in hybrid sport coupe, with its sexy gull-wing doors, its rated 15 miles of electric range, and its unique styling idiom.

And that'll run you four to five times the cost of the Miata, which starts at less than $26,000 including delivery.

One other thing: The Miata's combined gas-mileage rating is actually higher than that of the  BMW i8 gets when it's operating in blended gasoline-hybrid mode.

The pricey but stunning sport coupe only comes in at 28 mpg combined.

Most people won't buy a Miata to get good gas mileage, mind you. But wouldn't it make a great--and fuel-efficient--commuter car?