BMW already has four plug-in hybrids in production or on the way, but apparently that isn't enough for the Bavarian carmaker.

At its Innovation Days 2015 event in Miramas, France, BMW unveiled a prototype of yet another possible plug-in hybrid.

But if this model makes it to production, it most likely won't be offered in the U.S.

The vehicle in question is based on the 2 Series Active Tourer--the first front-wheel drive model to wear a BMW badge.

Not to be confused with the rear-wheel drive 2 Series coupe and convertible sold in the U.S., the Active Tourer uses the same UKL platform as the current-generation MINI models.

The Concept Active Tourer that previewed this model back in 2012 actually used a plug-in powertrain, but this is the first indication that a production model could be sold with one. 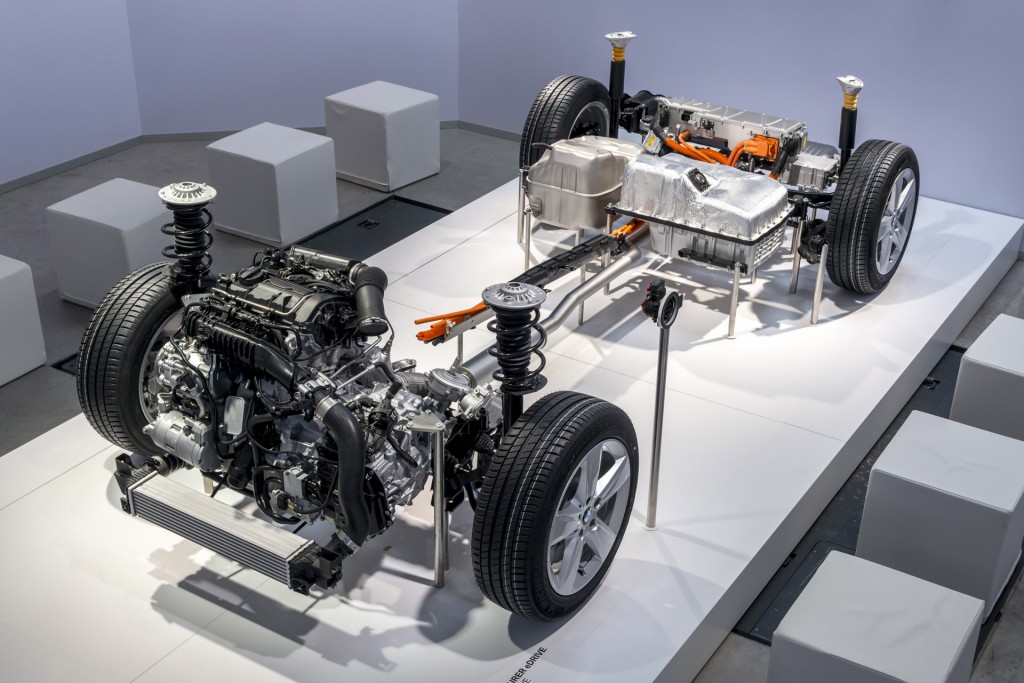 The prototype unveiled in France uses a 1.5-liter three-cylinder turbocharged gasoline engine and six-speed automatic transmission in concert with a rear-mounted electric motor.

When the car is operating on both gasoline and electricity, all four wheels are driven. That's the same "through-the-road hybrid" setup used in the faster--and much sexier--BMW i8 two-seat sport coupe.

The gasoline engine produces 134 horsepower and 162 pound-feet of torque, while the electric motor musters 87 hp and 122 lb-ft.

BMW did not list a combined output for the entire powertrain, and simply adding the figures for both gasoline and electricity together isn't accurate because of differences in power curves.

There is also a motor/generator attached to the gasoline engine, which is used to charge the batteries, provide a temporary boost of 20 hp, and serves as part of an engine start-stop system.

BMW claims the prototype will do 0 to 62 mph in 6.5 seconds. It will also return an estimated 117 MPGe with 23 miles of electric-only range--although those figures are based on the highly optimistic European testing cycle. 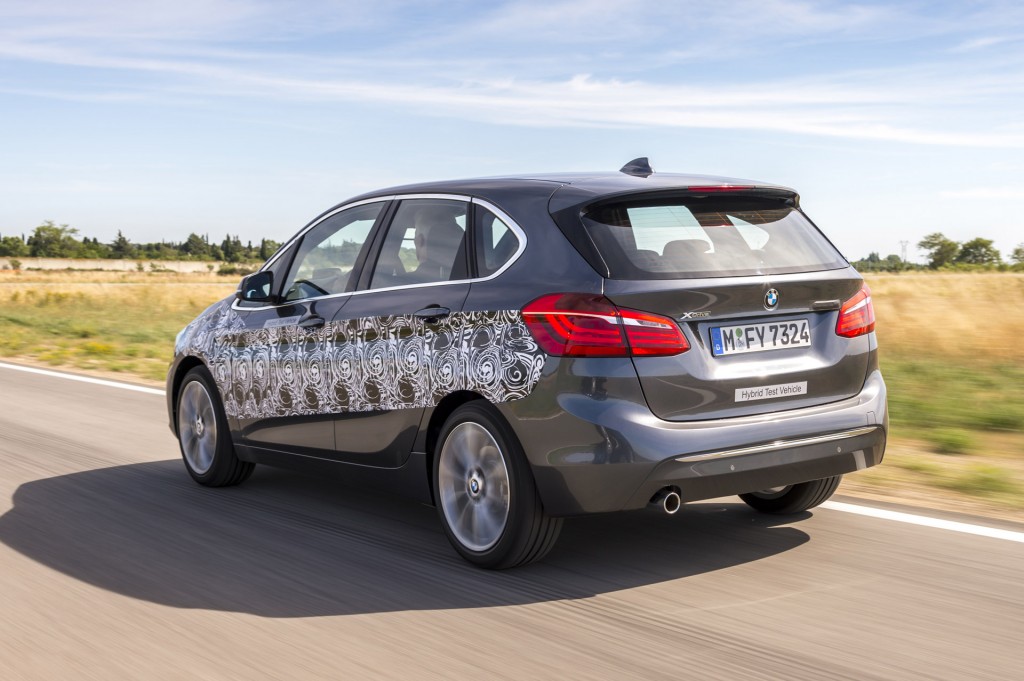 Perhaps to offset the weight of the engine and transaxle up front, most of the electric components are crammed into the rear of the Active Tourer.

The battery pack is located under the rear seat, while all control electronics are housed next to the rear electric motor above the axle.

BMW claims cargo space is identical to that of a standard 2 Series Active Tourer, right down to the storage compartment underneath the cargo-area floor.

The carmaker's press release says that "prices at launch will be in the range of existing engine variants with comparable power outputs," indicating that it does plan to put the front-wheel drive plug-in hybrid on sale.

Since BMW doesn't sell existing 2 Series Active Tourer variants in the U.S., there's no telling if it will be offered here, though.