Toyota's Scion "youth" division has been somewhat neglected lately, but a pair of new models will arrive later this year to help reinvigorate the brand.

The 2016 Scion iA sedan and iM hatchback were both unveiled back in April at the 2015 New York Auto Show.

We now have pricing information for both models, which go on sale September 1.

The iA comes standard with a six-speed manual transmission. Switching to the optional six-speed automatic raises the price to $17,595.

Scion's first-ever sedan is based on the 2016 Mazda 2, which is now built in Mexico but will not be sold here in the States.

The sole engine option for the iA is a 1.5-liter four-cylinder, which drives the front wheels with 106 horsepower and 103 pound-feet of torque.

The iM also comes standard with a six-speed manual, while a CVT automatic is available starting at $19,995.

This latest Scion five-door is essentially a U.S.-market version of the Toyota Auris compact hatchback that's already sold in Europe.

While that model is offered with a menu of gasoline and diesel engines--and even a hybrid option--the Scion iM only comes with a single powertrain. 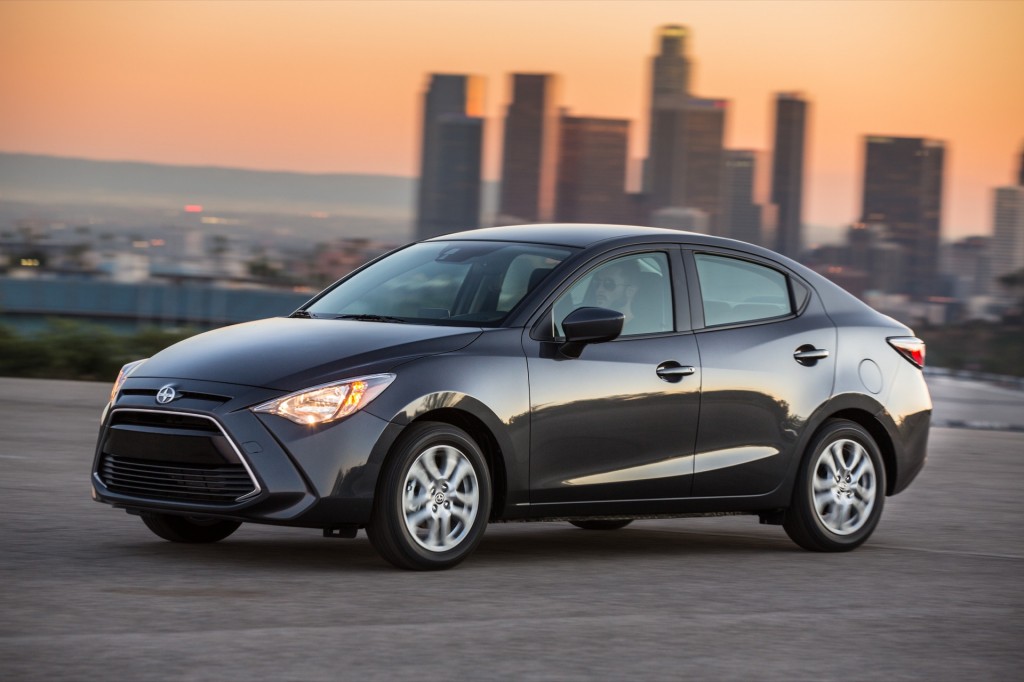 As with all Scion models, the published prices are fixed. Scion dealers do not haggle.

Scion also doesn't do option packages; everything available on a given model is standard equipment save for the availability of an automatic transmission.

The iA and iM will give Scion badly-needed mainstream models as it looks to regain traction.

They'll join the tC and FR-S coupes and the aged xB tall wagon in the lineup this fall.