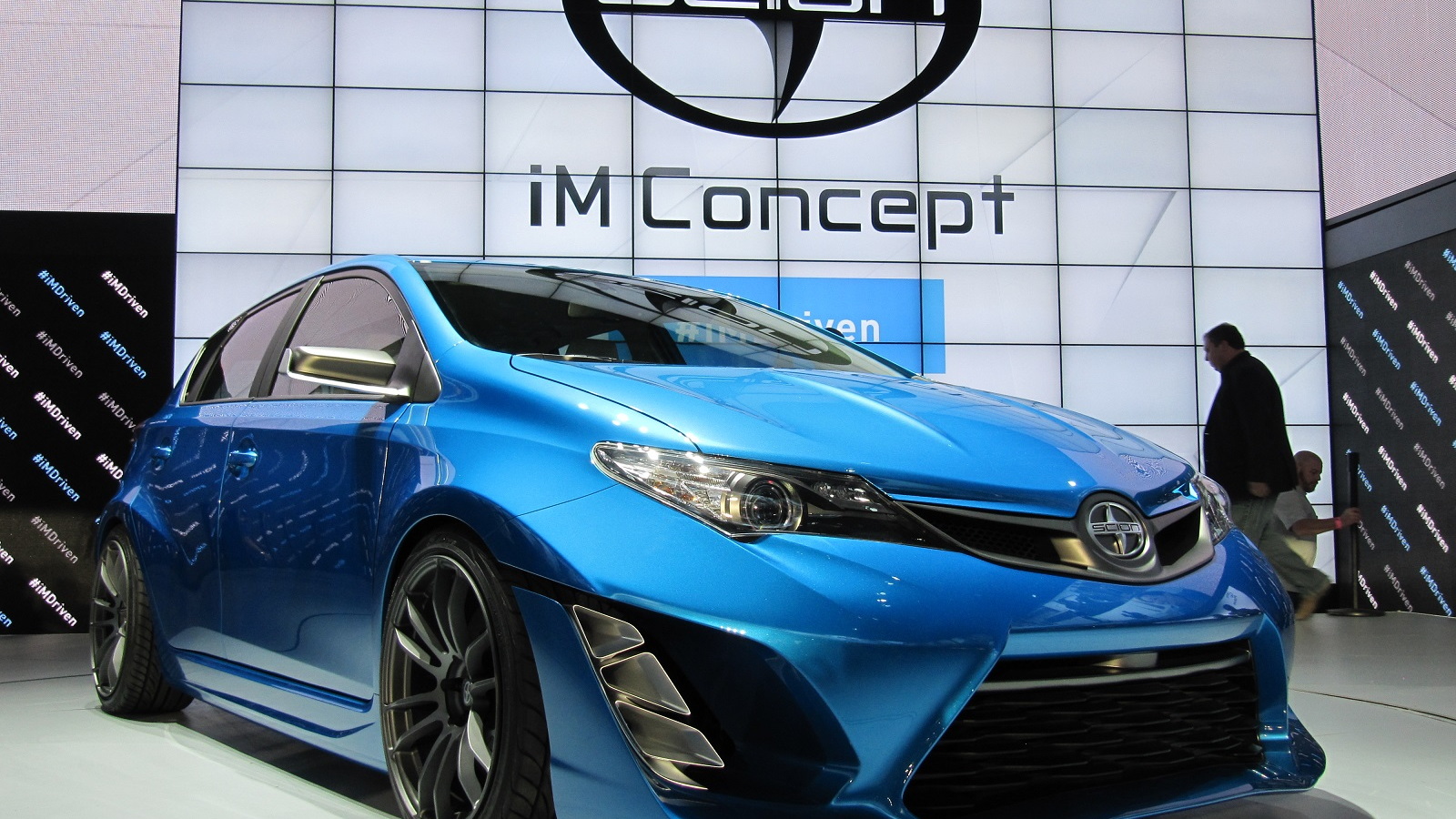 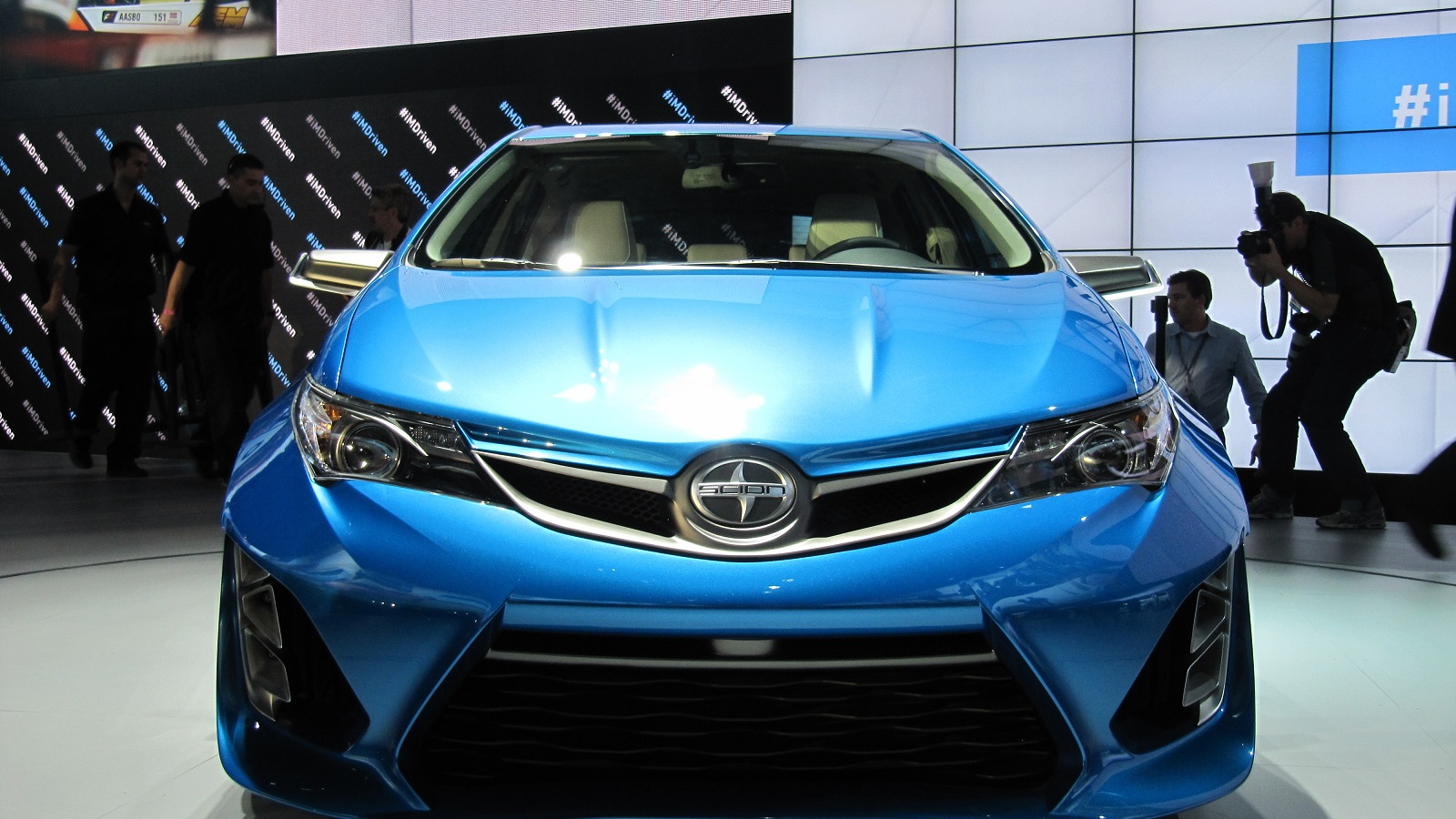 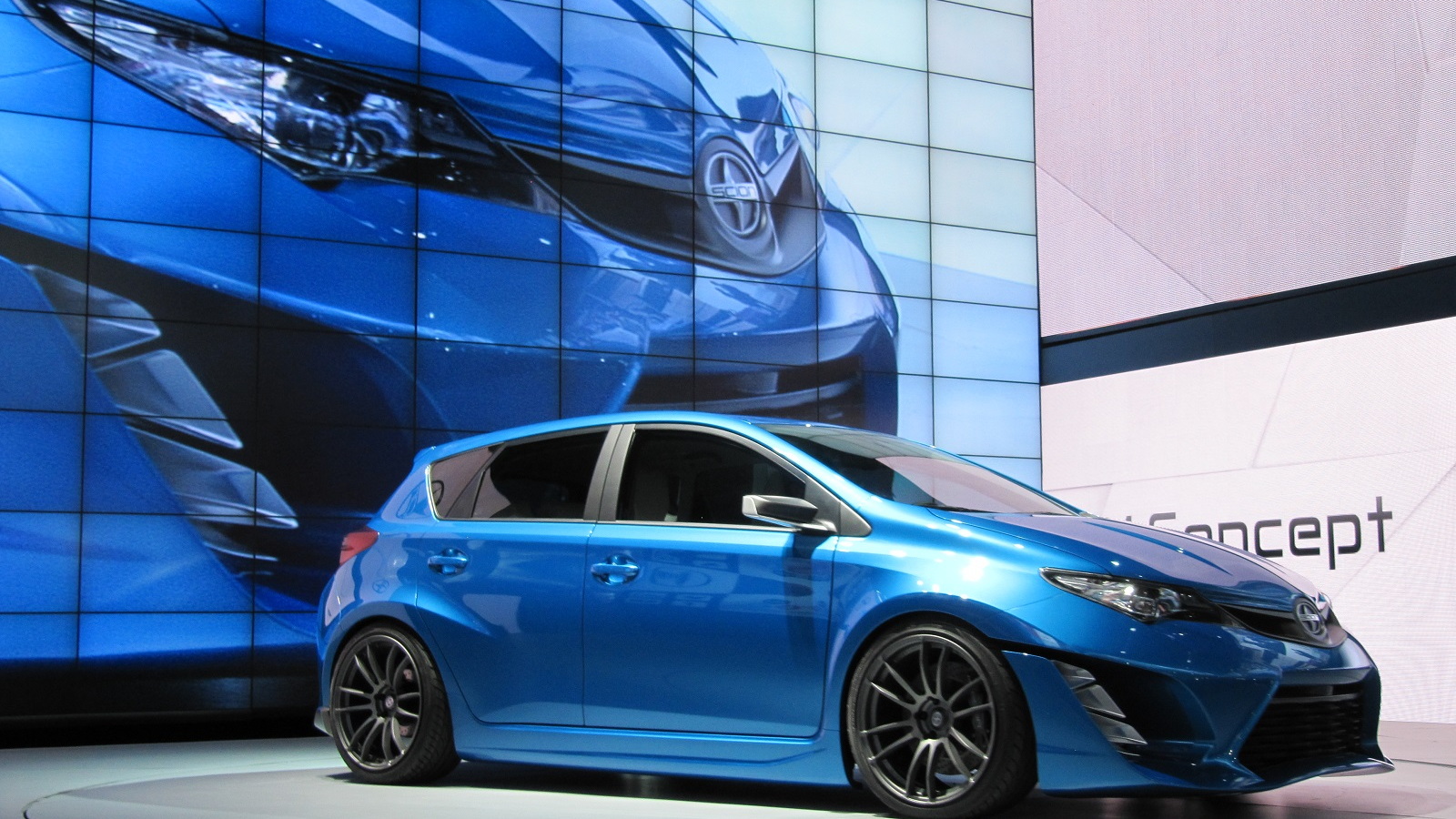 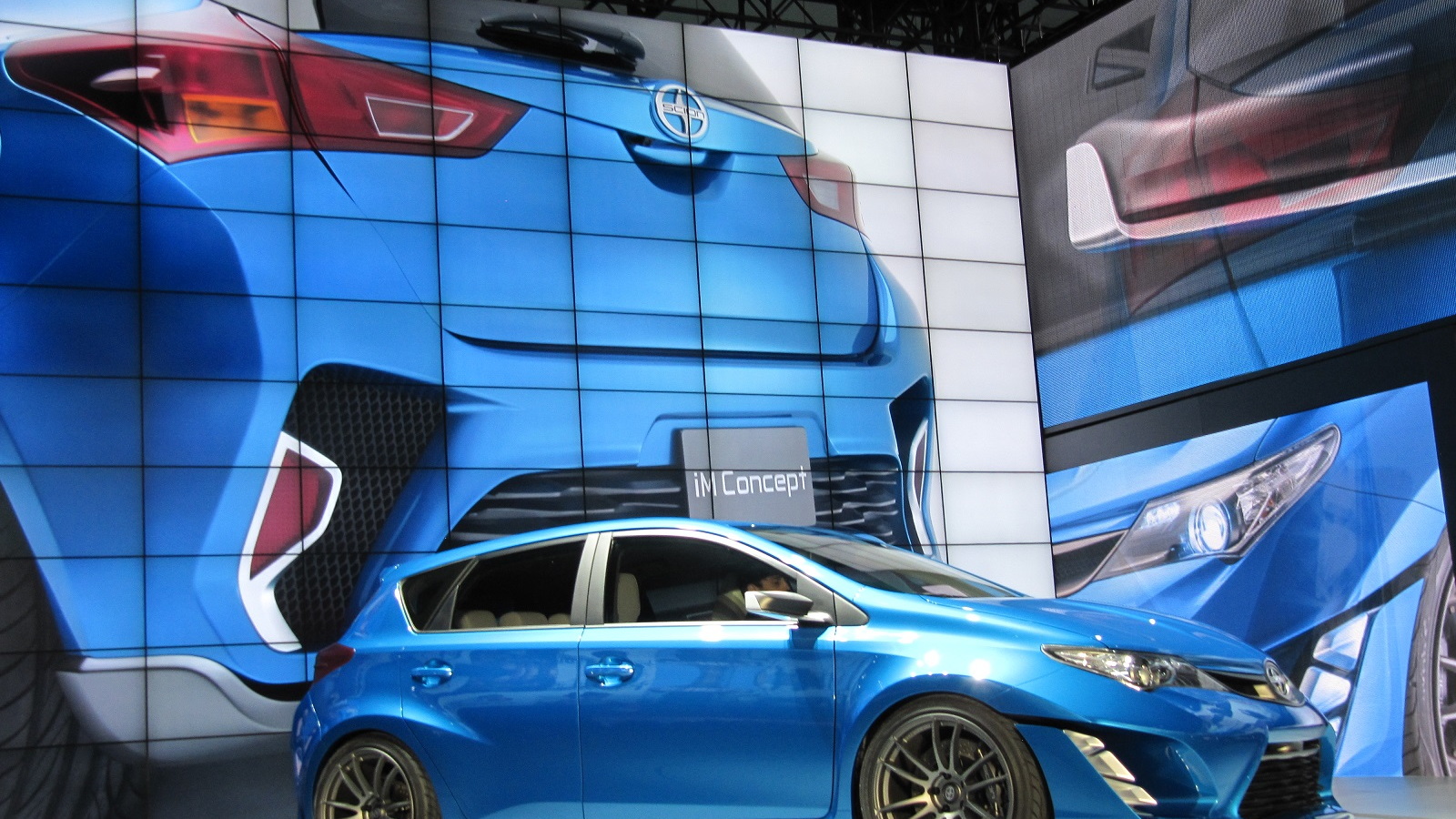 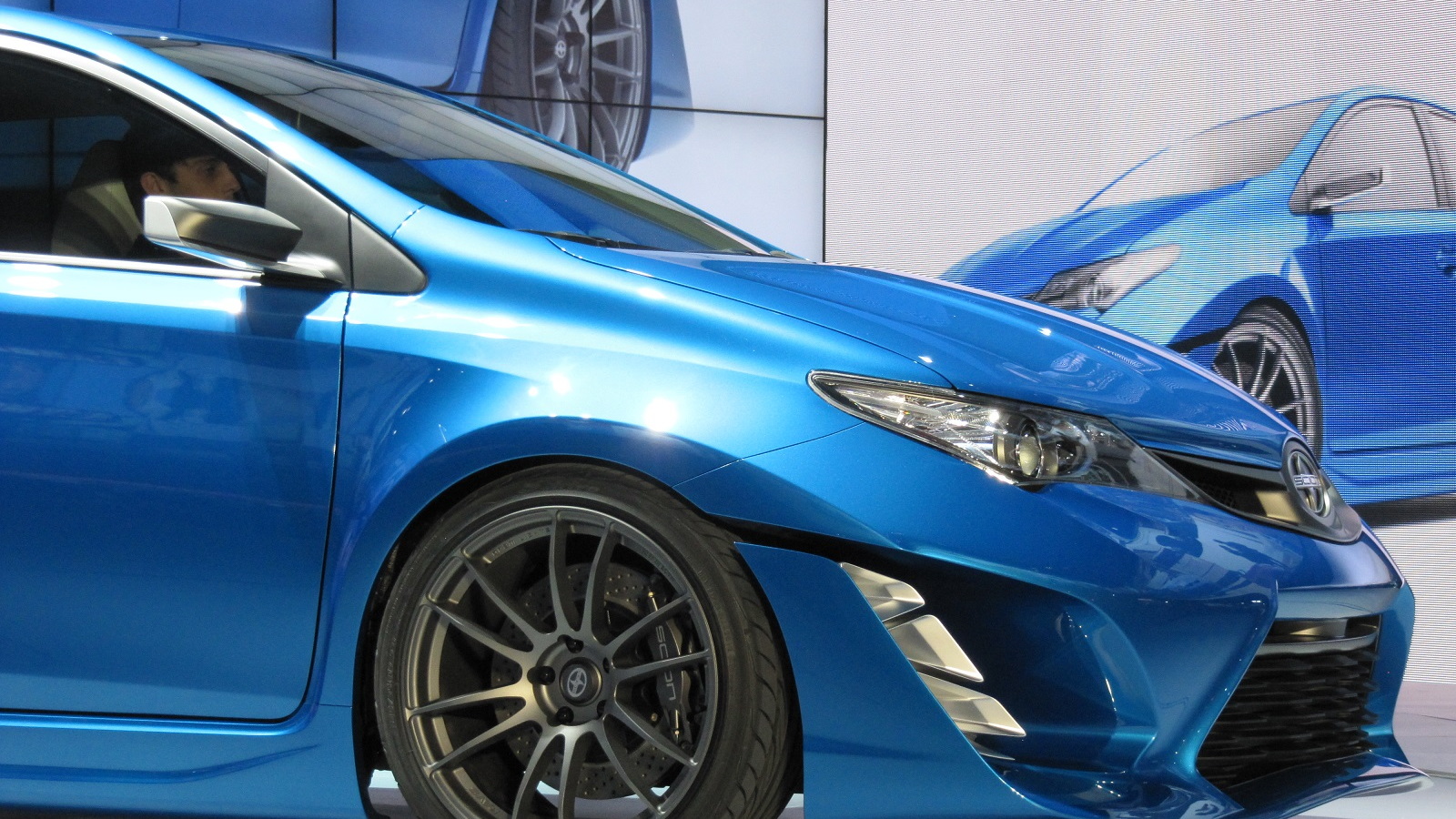 After a couple of teases, Scion finally unveiled a concept car that's in reality a thinly-disguised version of its first new mainstream production model in several years.

Toyota's "youth" brand is in need of reinvigoration, and the Scion iM concept that debuted today at the 2014 Los Angeles Auto Show is supposed to help with that.

There's little about the iM that's concept-car outlandish, and not surprisingly Scion also confirmed that the iM will go into production next year, along with a second new model.

Scion's press release had little to say about the car itself, but we know that it's a compact five-door hatchback based on the European Toyota Auris.

The iM looks very similar to that overseas-market Toyota, although Scion has jazzed it up a bit with more aggressive front and rear fascias, 19-inch wheels, and a height-adjustable "racing suspension."

Scion still hasn't revealed any powertrain details, but the Auris is offered with gasoline, diesel, and hybrid-electric options in Europe.

In the U.S. the iM will likely stick to gasoline power. Its powertrain offerings could be based on those of the latest Toyota Corolla.

Scion hopes adding a five-door hatchback to its lineup will attract younger buyers who "desire to stand apart from the crowd," but still need a practical car.

That sounds a bit like the brief of the discontinued Toyota Matrix, which was also a compact hatchback counterpart to the Corolla sedan.

The iM will also provide Scion with a badly-needed mainstream model.

The Scion iM will appear in production form at the 2015 New York Auto Show in April, along with a second new model.

That will likely be a small sedan--Scion's first ever four-door with a trunk--based on the 2016 Mazda 2 subcompact.

It's all part of a plan announced today by Scion vice president Doug Murtha to bring three new models to showrooms in three years.

That means one mystery model, one near confirmation, and a likely 2016-model-year debut for the Scion iM.

Want more green-car news from the City of Angels? Head over to our Los Angeles Auto Show news page for the latest updates.