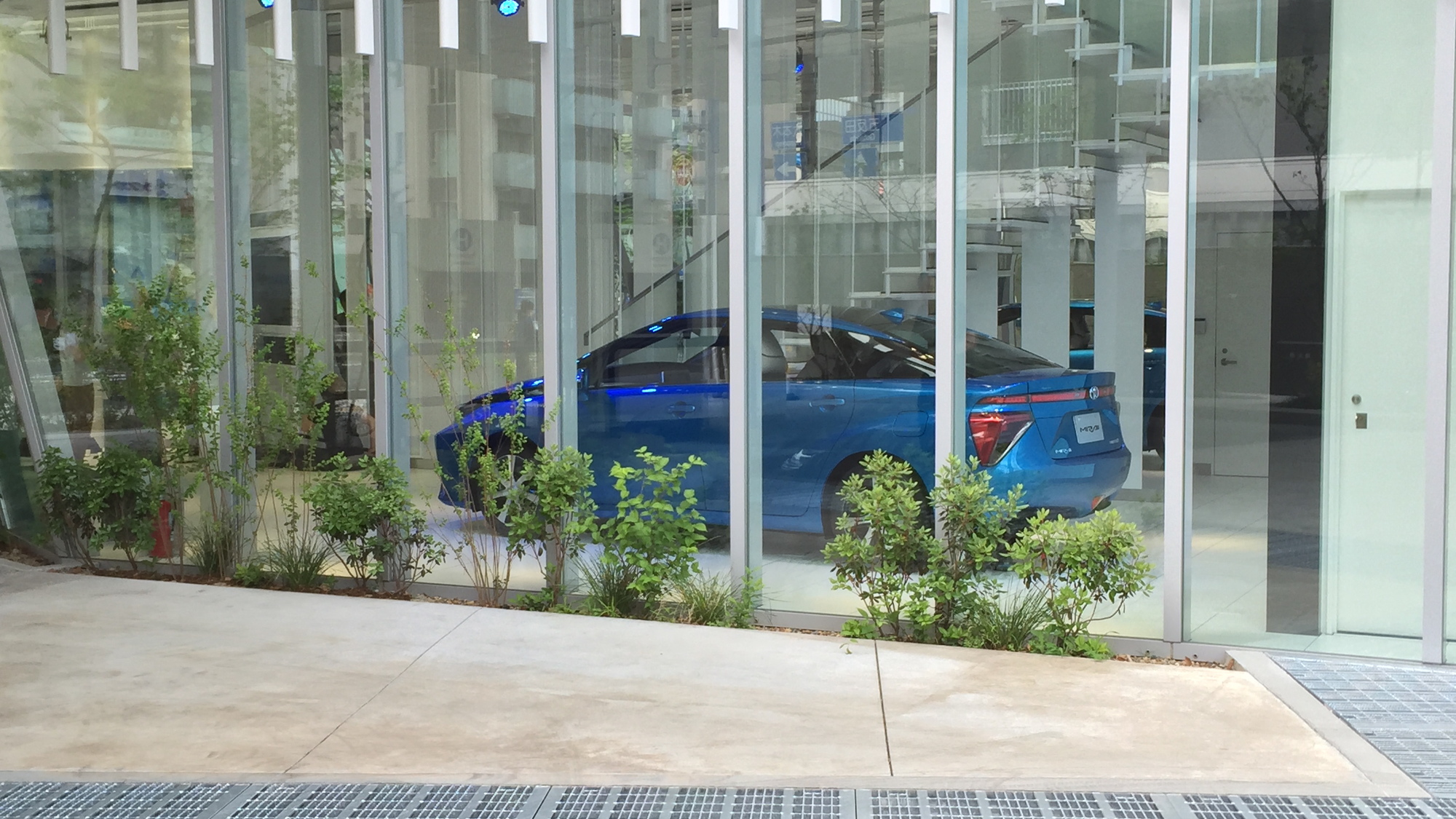 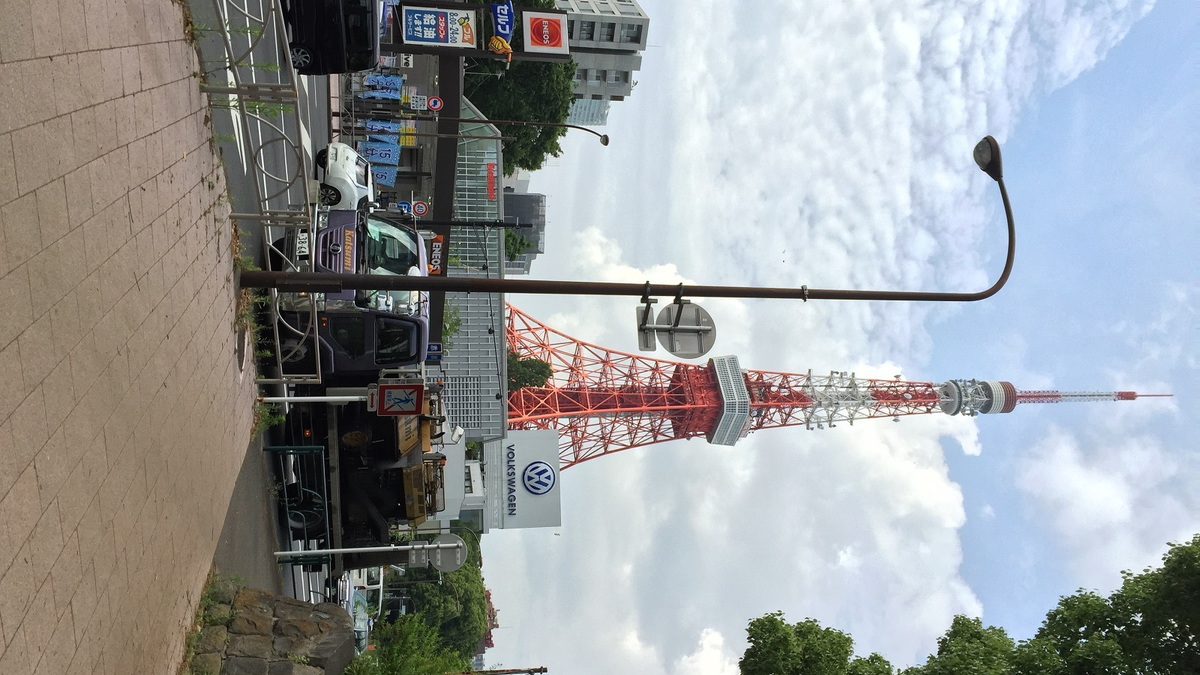 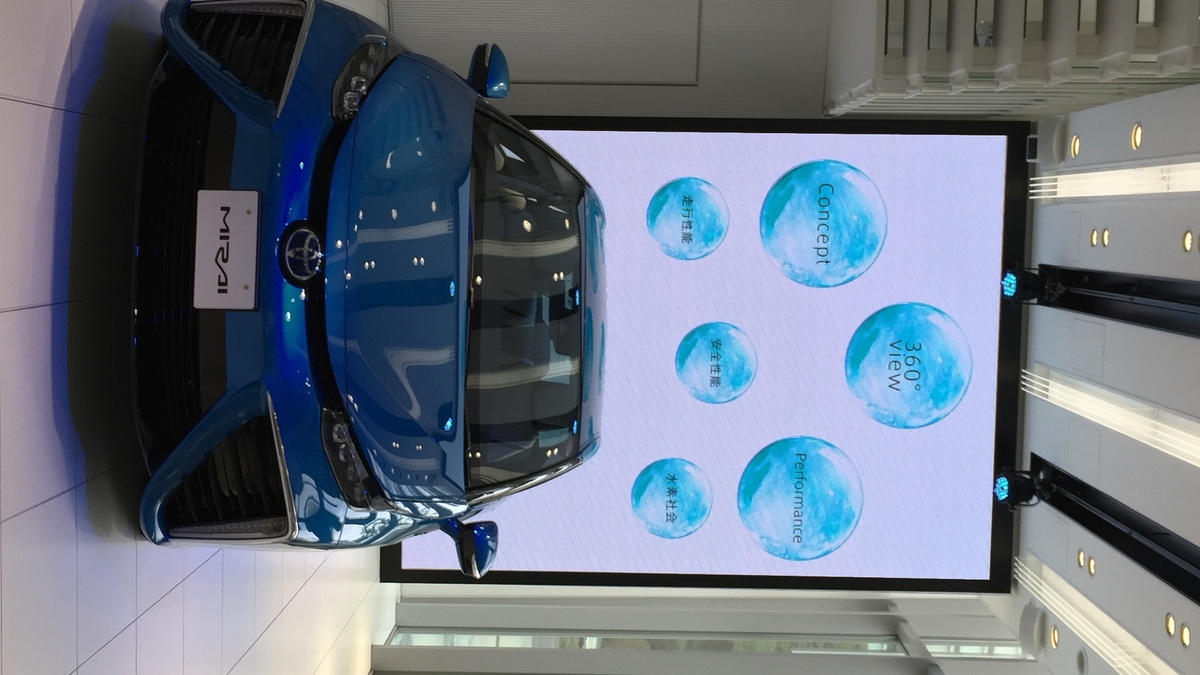 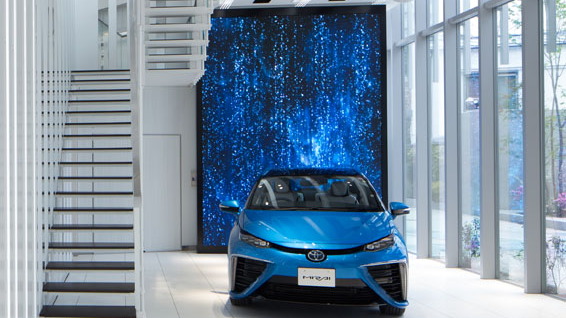 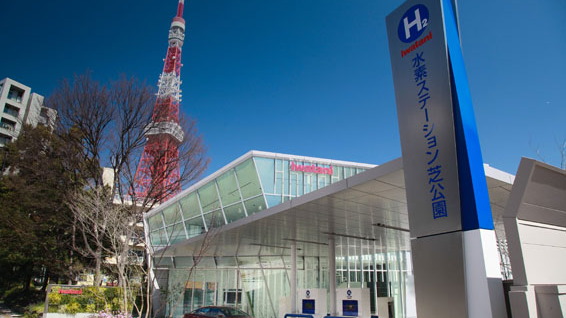 The 2016 Toyota Mirai hydrogen fuel-cell sedan will go on sale in limited regions of California later this year, but it's already available in Japan.

On a recent trip to Japan, your correspondent had a chance to head to downtown Tokyo to take a look at the combination of a dedicated Mirai showroom and hydrogen fueling station that Toyota recently announced.

Located in Shiba Park in Tokyo's Minato district, the showroom is near the foot of the Eiffel-inspired Tokyo Tower.

It's located beside an Iwatani hydrogen station, which shares the showroom's hours (9 am to 5 pm). It also sits behind a Volkswagen dealership, which makes for quite the visual juxtaposition. 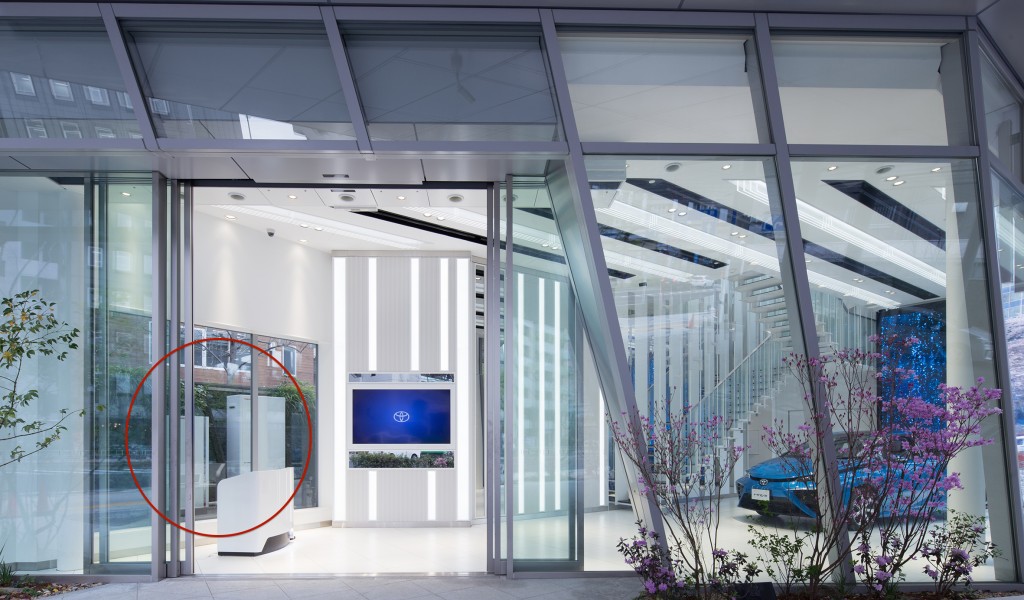 There's an "ene-farm" unit just behind the building as well.

That's the umbrella name used for Japan's initiative to use small fuel cells to provide combined heat and power, or CHP.

These very small fuel cells provide about 750 watts of baseload electric power for each household, as well as all its hot water needs.

Cumulative sales of ene-farm units recently topped 100,000 units, and exports have begun to Europe, where pilot trials are beginning under the “ene-field” name.

Unfortunately, a camera crew was filming a story in the showroom when your correspondent arrived.

(Toyota has pulled out all the stops to promote the vehicle, especially in Japan.)

While it wasn't possible to check out the showroom's second floor, the crew was gracious enough to let me interrupt their work for a couple minutes so I could take some photos.

According to a representative from the Japanese government's NEDO (New Energy and Industrial Technology Development) branch, 102 Toyota Mirais had been registered in Japan as of March 31. 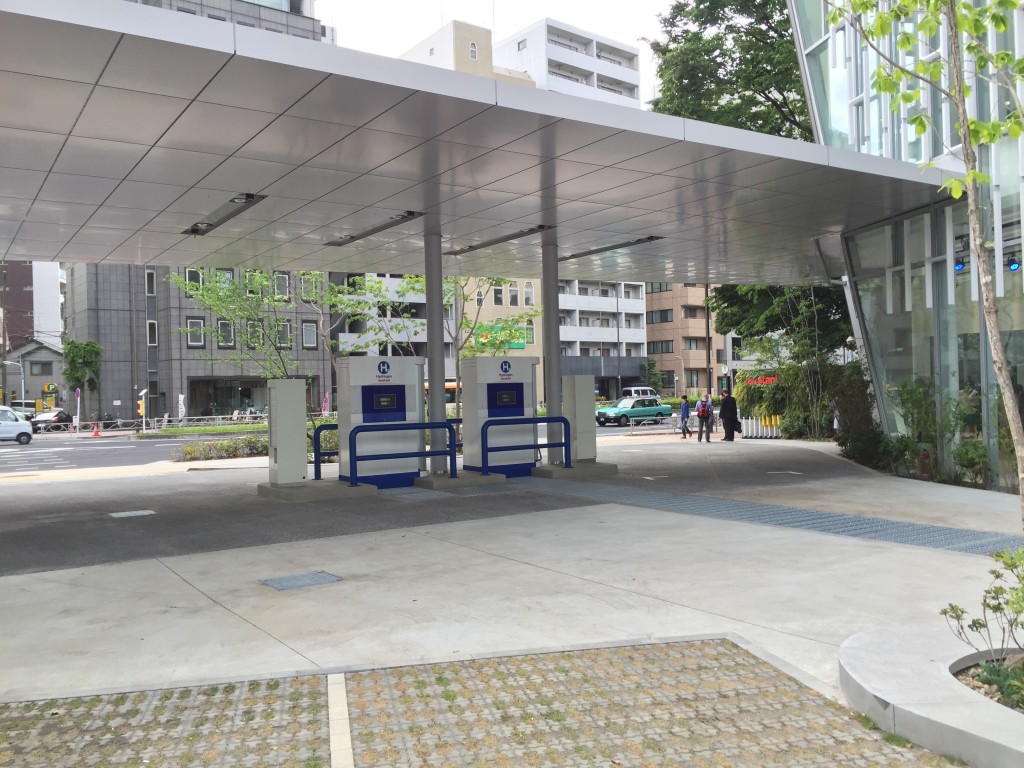 Given the country's 1.59 million vehicle sales in the first quarter of 2015, that makes for a market share of ... 64 parts per million.

That could happen in the 2020 timeframe, when the Olympics return to Japan; Toyota recently signed on as a major Olympics sponsor for the Tokyo Games.