As expected, the Tesla Model S was a “three-peat” plug-in electric vehicle sales champion in Canada back in February, with its 48 sales comfortably exceeding those of the Chevrolet Volt and Nissan Leaf at 38 apiece.

With the electric flagships at Chevy and Nissan again limited to double digits in March--and Tesla's habit of delivering big to finish the quarter--we expect the electric-car maker in Fremont to finish Q1 by extending its Canadian winning streak to four months.

The Model S should also see excellent year-over-year quarterly growth in Canada, as January and February's combined 147 registrations almost match last year's first-quarter total of 158 on their own.

Tesla also proves to have had Canada's best-selling electric vehicle, over the six-month period from September through February: its 527 registrations best those of both the Volt (481 units) and the Leaf (467 units). 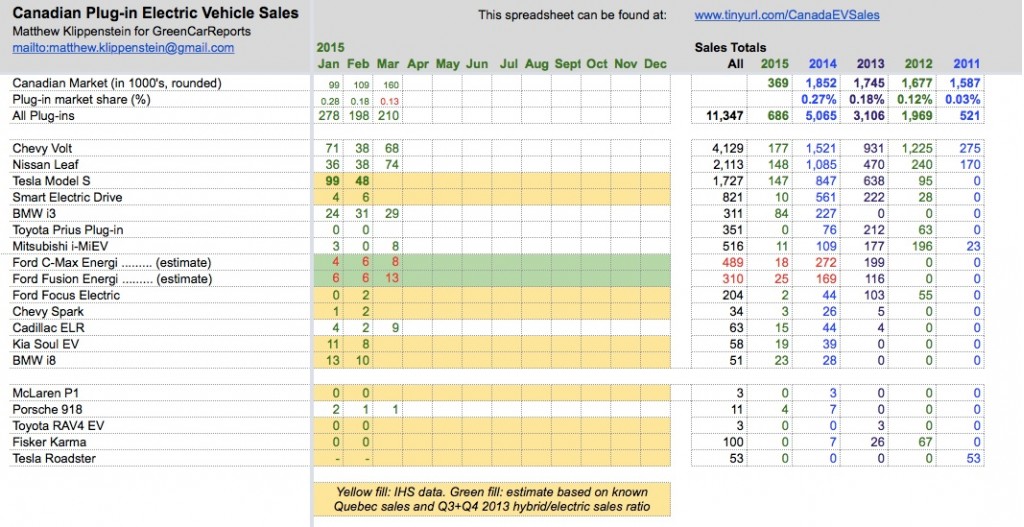 While this is a terrific achievement for the tweener carmaker (Tesla turns 12 in July), one can't help but wish sales of less expensive plug-in vehicles, those oriented toward the middle class, were stronger.

That would imply stronger, faster uptake of plug-in transportation.

The return of electric-car rebates in British Columbia in April – which your correspondent had the privilege of discussing on a Vancouver newscast -- should help.

But the heavy lifting will continue to be done in Ontario and especially Quebec, where government efforts to incubate an electric mobility hub have helped lead to the upcoming launch of the “eLion” electric school bus later this year. 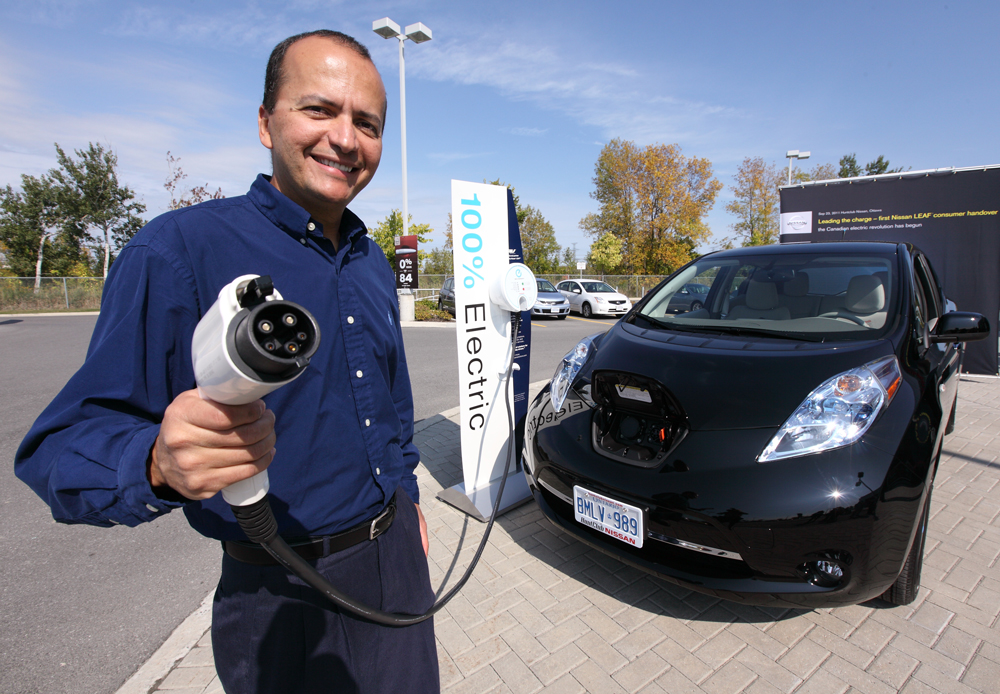 We expect April to be even stronger, as the Leaf is popular in British Columbia and purchasers will likely have postponed purchases until the resumption of incentives in April.

(When the incentive program expired last year, British Columbia represented perhaps 1/6 of the country's plug-in vehicle sales, but about 1/4 of Leaf sales.)

Much the same can be said for the Volt, which bolted from 38 sales in February to 68 in March. We might expect a modest boost for Volt sales in April as well. 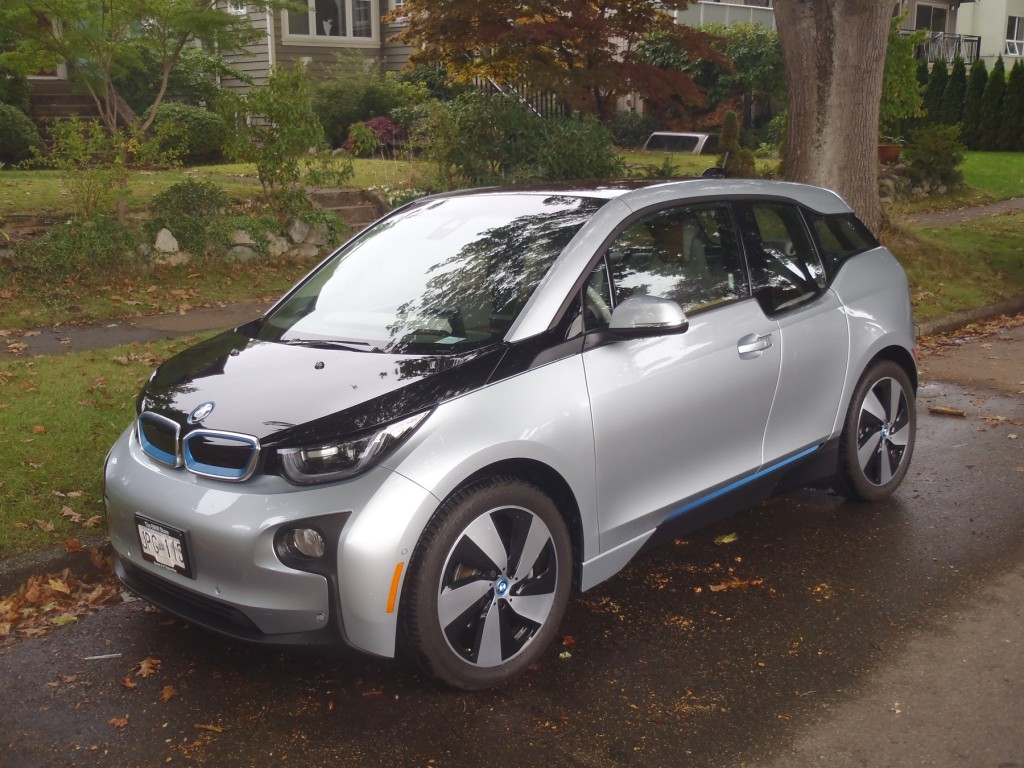 The BMW i3 meanwhile continued its steady pace, its 29 sales in March essentially matching its 28-unit monthly average since its Canadian debut.

Toyota continues to stay mum on Prius Plug-in sales, joining Ford and Mercedes in an alliance of opacity (or should that be an “axis of Elon”?).

In their own words,

Speaking of Smart, the diminutive electric commuter added 6 units in February, about a tenth of the monthly totals it was reaching last summer.