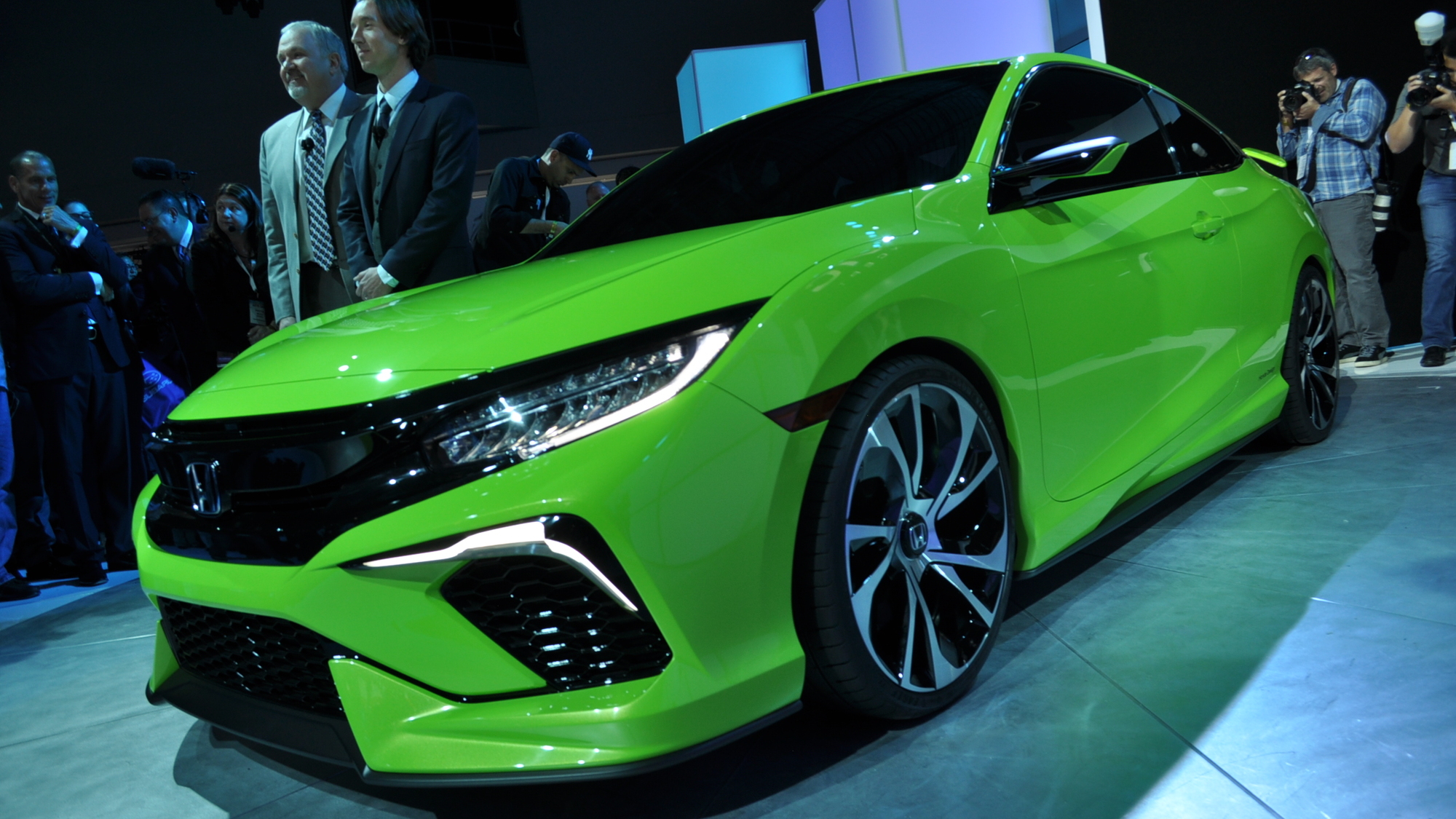 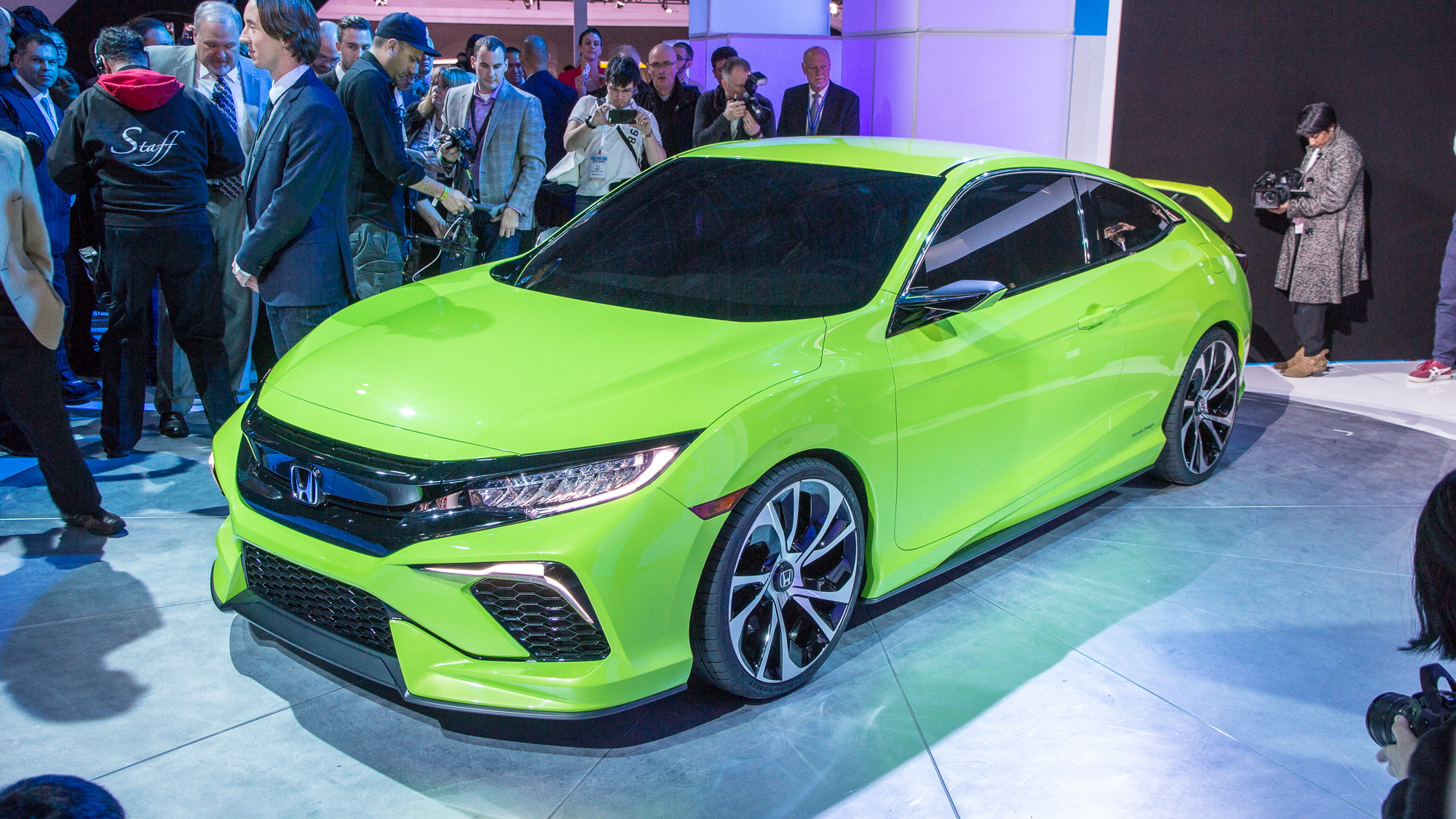 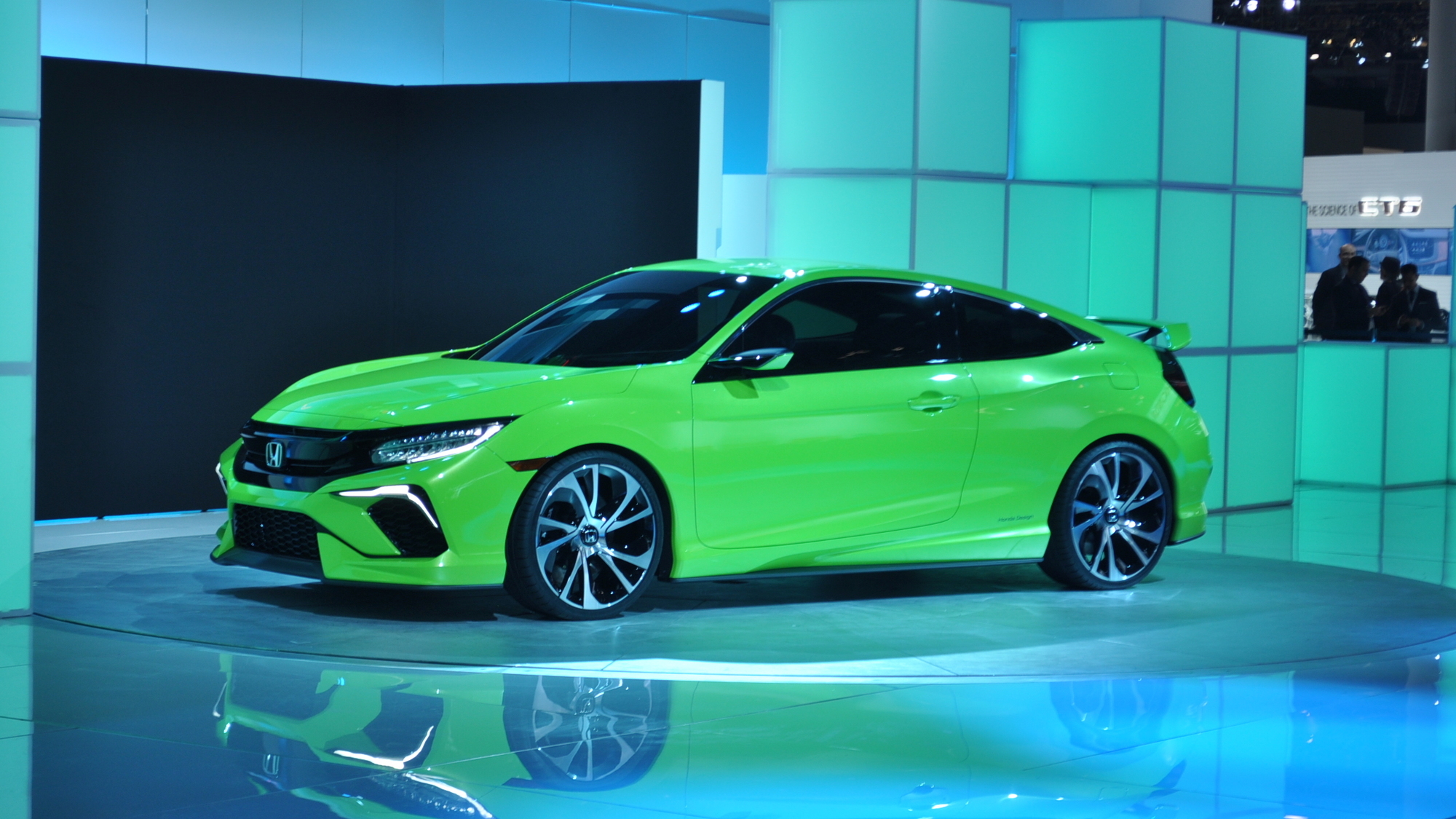 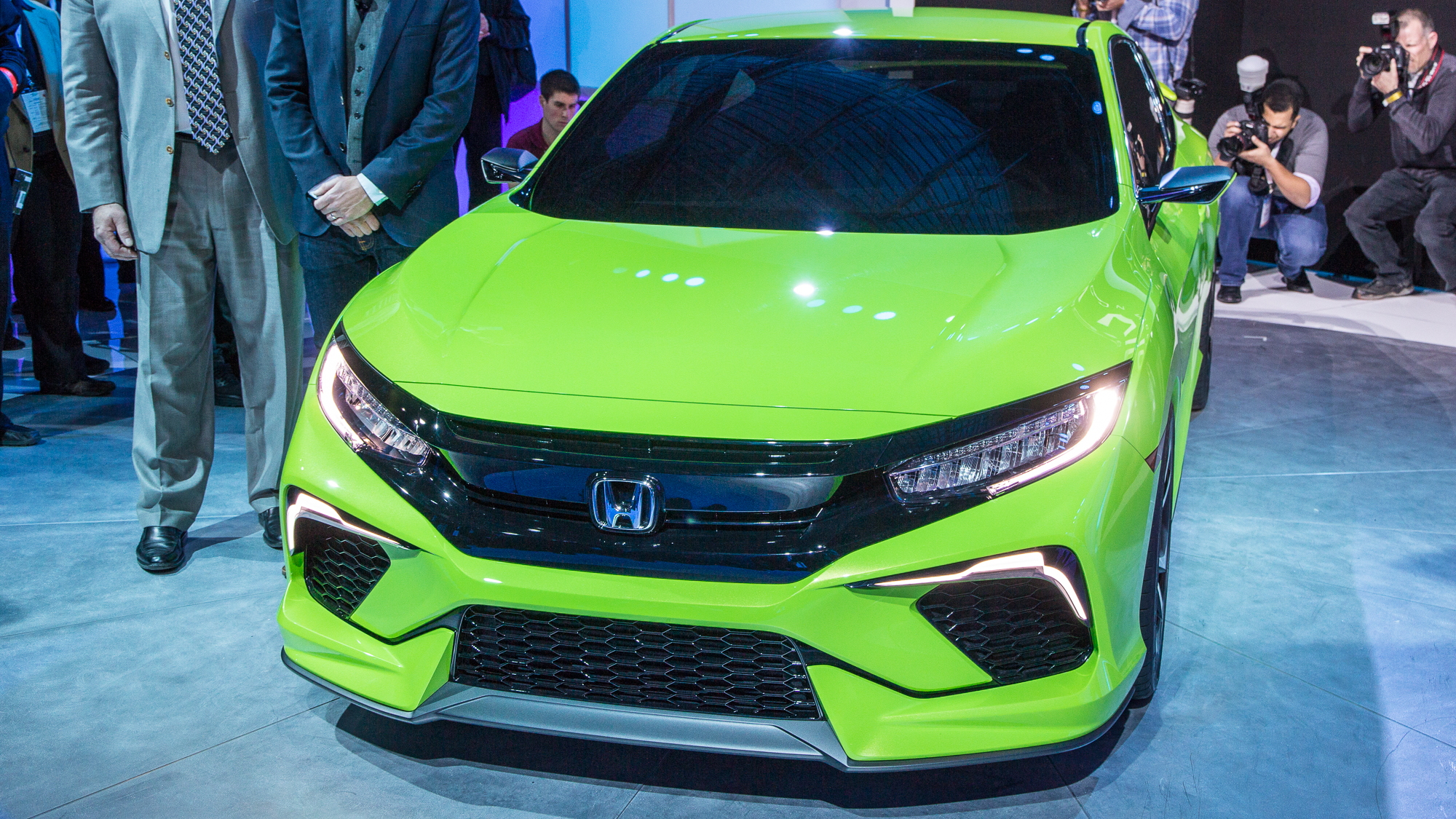 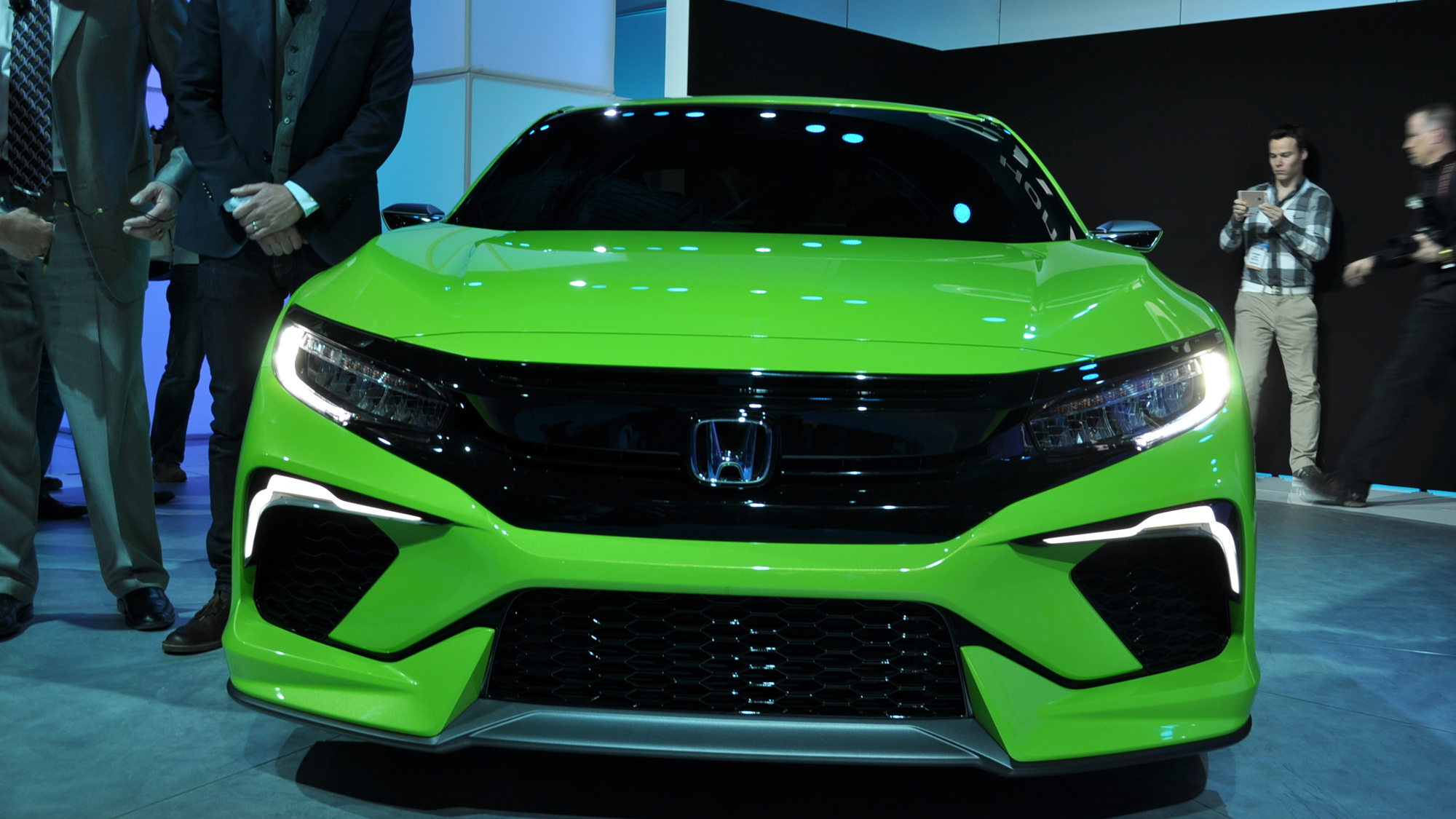 Major auto shows are where carmakers traditionally unveil new models, but these days, they're rarely a surprise.

Thanks to the Internet, both leaks and car companies' desire for extra publicity from early teaser photos tend to spoil the surprise.

Then there is advance information sent under embargo to selected media sites, so they can prepare their stories ahead of time and launch them at the designated minute.

None of that applied at the 2015 New York Auto Show yesterday, when a Honda Civic concept that previews the 10th generation of the compact car was a total surprise to assembled reporters.

So expect the styling to reflect the version that will be in showrooms in a few months' time. 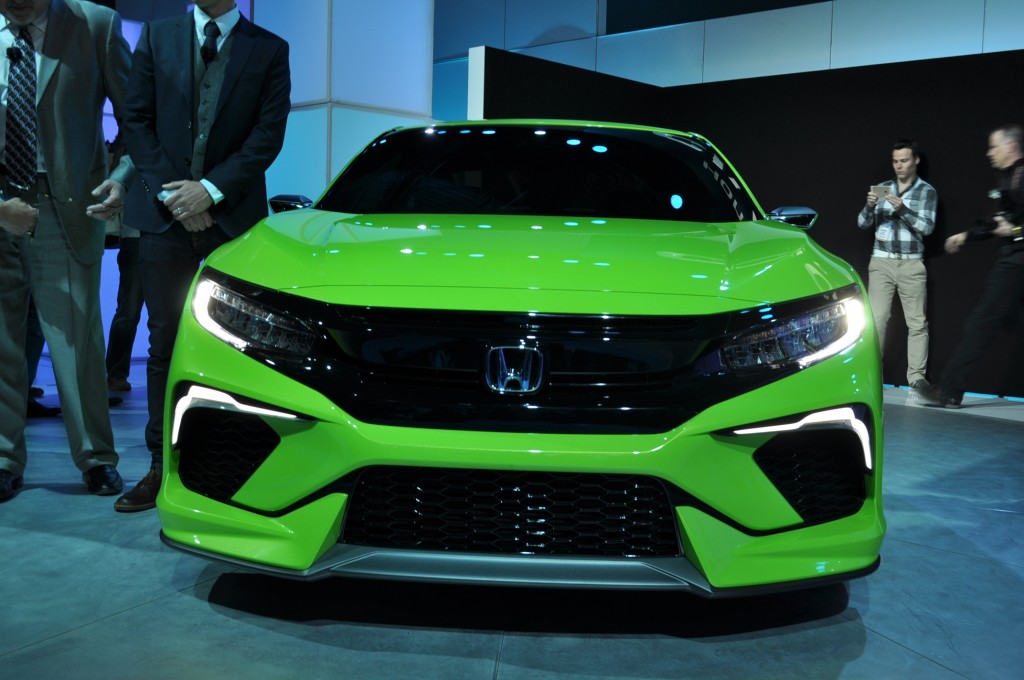 The company says the new Civic will go on sale this fall as a four-door sedan, but that won't be the only Civic variant offered.

The sedan will eventually be followed by a two-door coupe. The U.S. will also finally get the five-door hatchback model currently offered in other markets.

At launch, powertrains will include a naturally aspirated four-cylinder of unspecified displacement, and a 1.5-liter VTEC Turbo four marketed as part of Honda's Earth Dreams line of efficiency-focused engines.

Transmission options will include a six-speed manual and CVT automatic, Honda says.

While Honda did not make any statements on the matter, it's possible that the Civic Hybrid model will not return as part of the 10th-generation lineup.

Along with the two-seat CR-Z, the current Civic Hybrid is the only model still using Honda's Integrated Motor Assist (IMA) hybrid system, which has fallen out of favor. 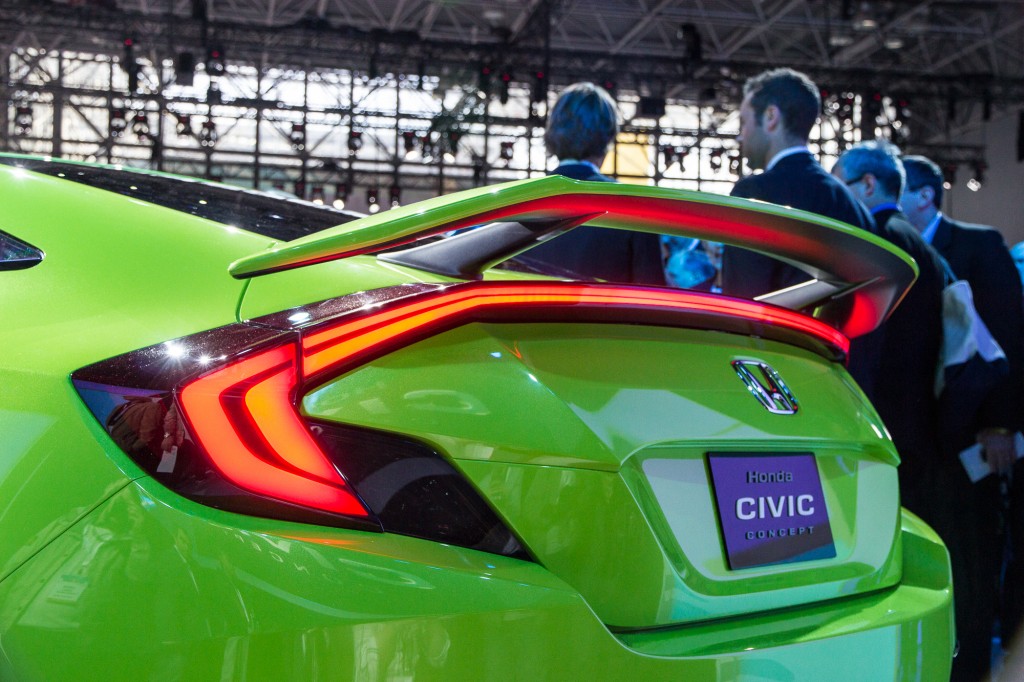 Instead, the next Civic may simply produce higher fuel-economy figures through improvements to conventional gasoline powertrains.

Honda took the same approach with the current-generation Fit, keeping the hybrid model away from the U.S. while emphasizing the efficiency of other powertrains.

That means the new Civic may not match the current hybrid's 45 mpg combined, but could possibly outclass other straight-gasoline models.