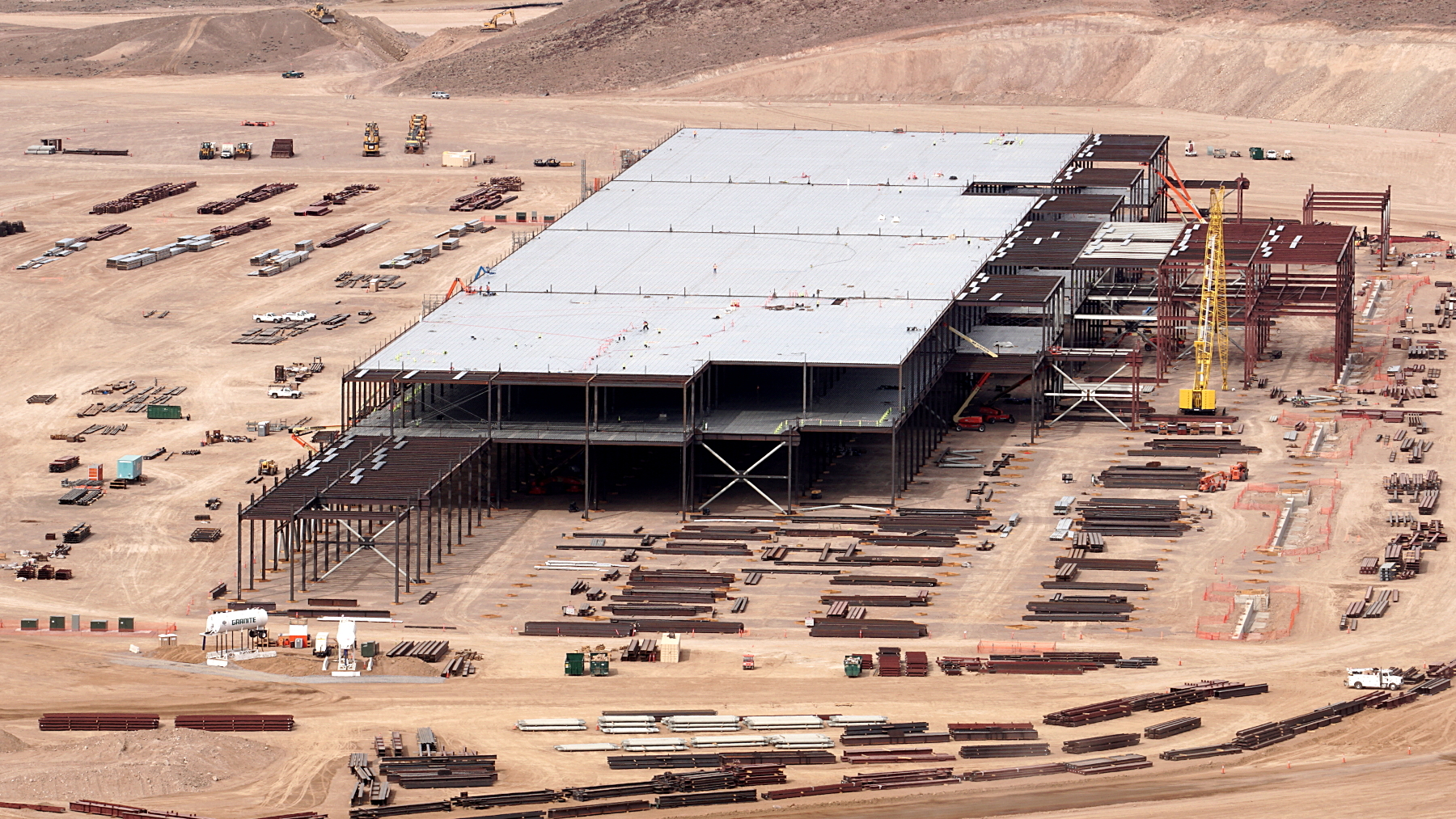 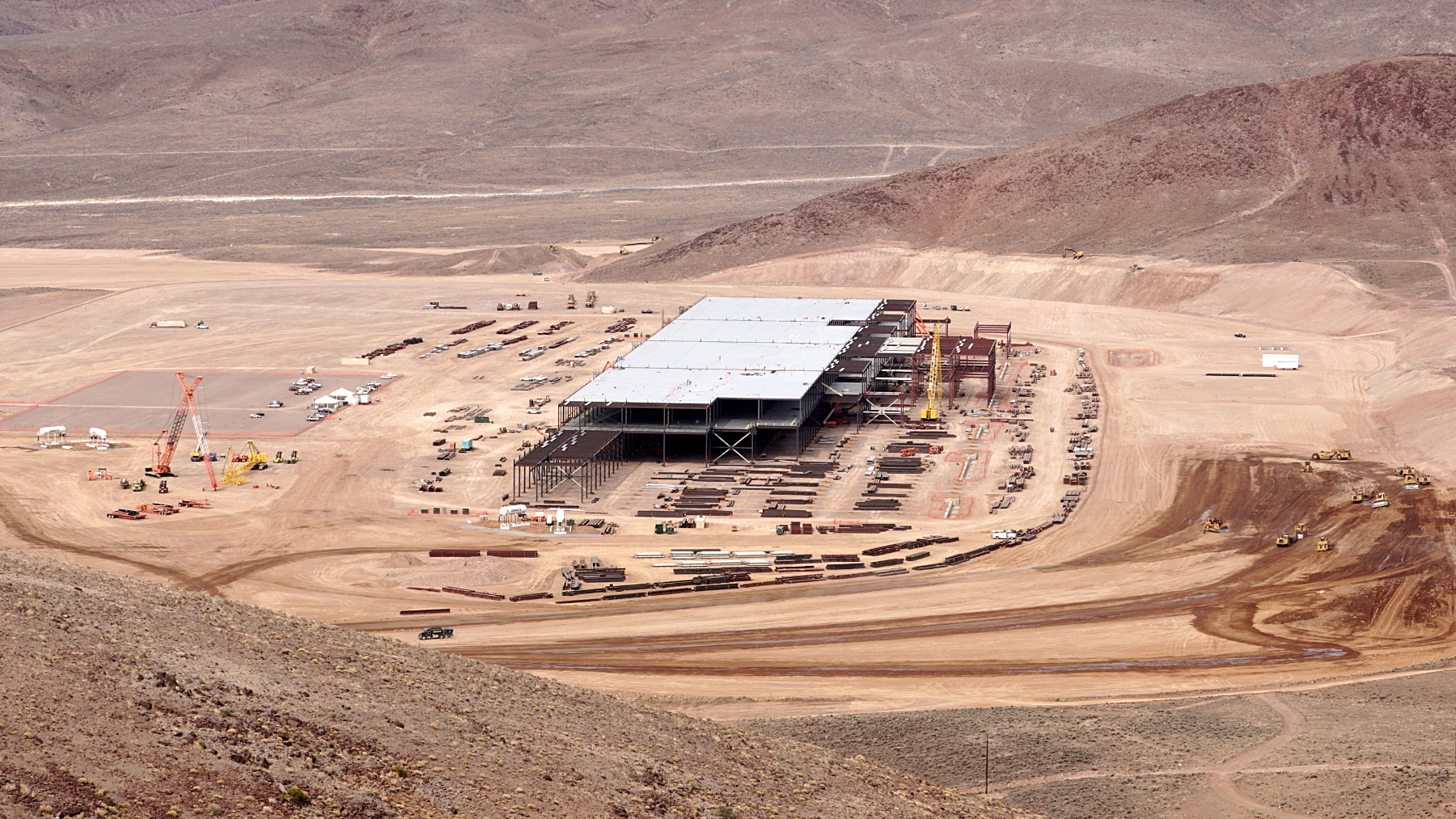 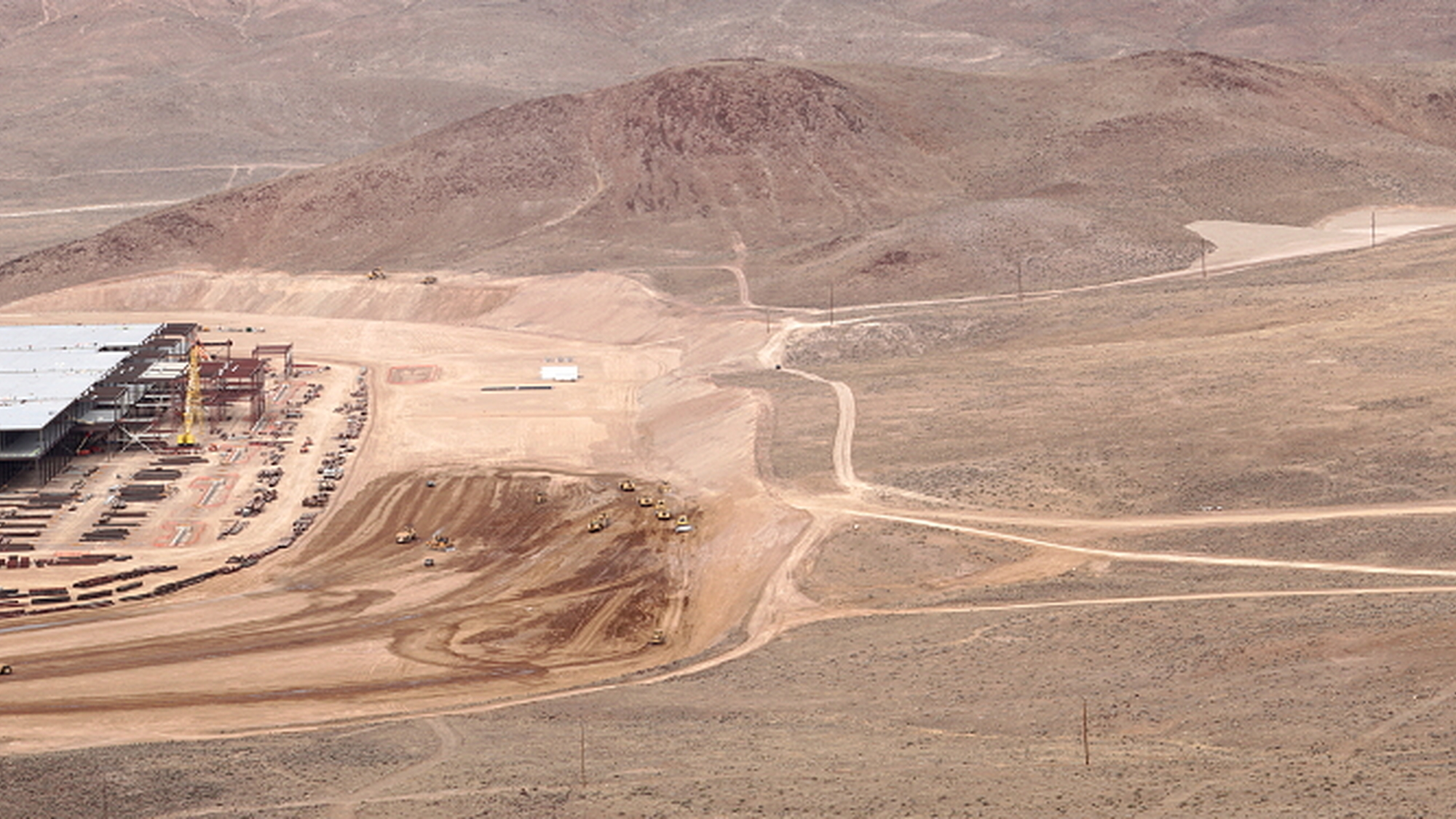 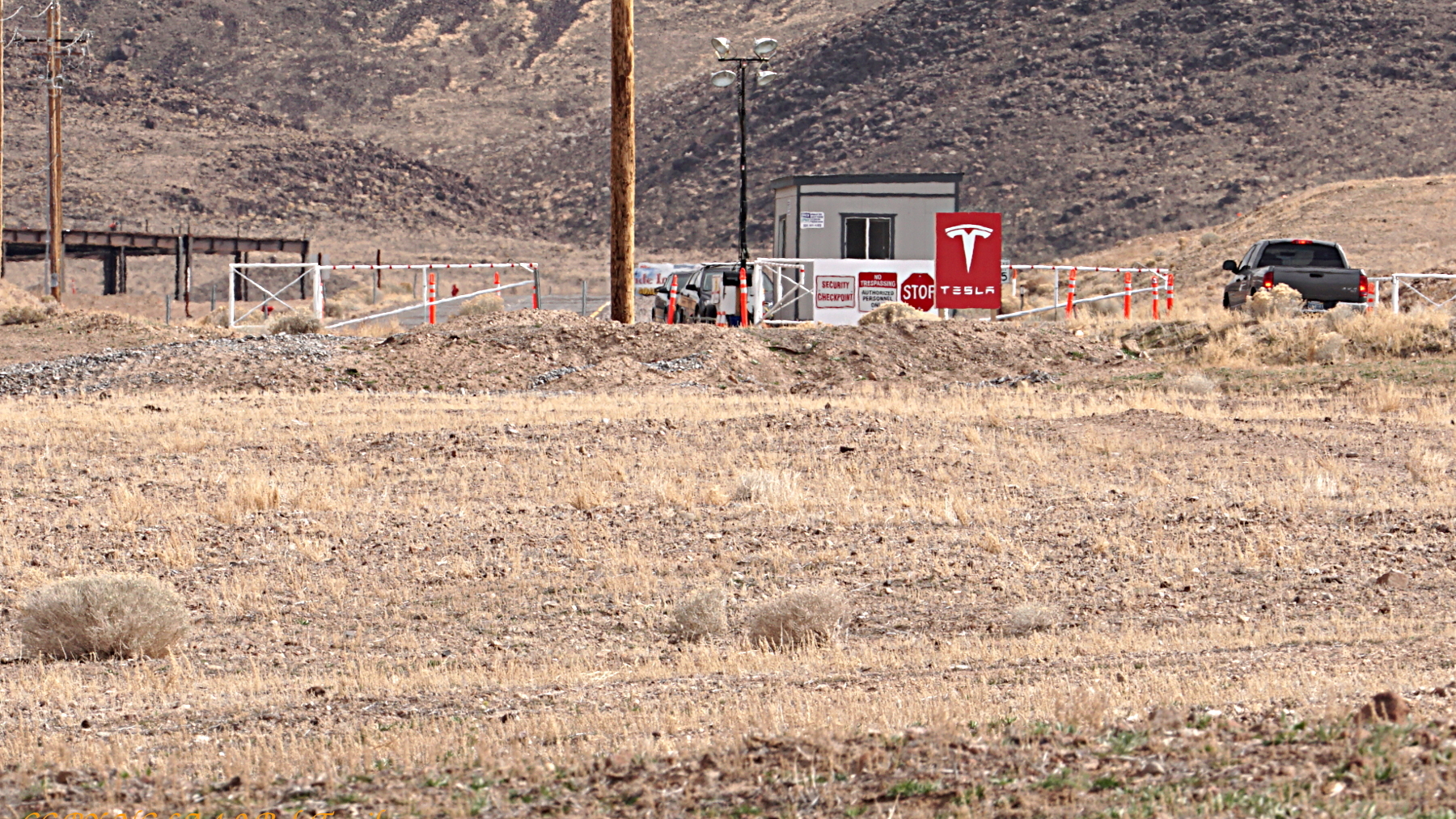 To be able to build and sell its planned $35,000 Tesla Model 3 electric sedan, Tesla Motors must first build its lithium-ion cell "gigafactory" in Nevada and then test and validate the batteries it produces.

But if the latest photos are any indication, work is proceeding rapidly on the huge facility.

Photographs taken yesterday by local resident and electric-car advocate Bob Tregilus show that more of the main building is framed in and roofed.

It appears as though roughly one quarter of the full area of the two-story plant has now been framed and covered, but obviously there is still a huge area to be erected and closed in.

We'll leave it to readers to calculate how much has been built, how much remains, the rough pace of progress achieved over the seven weeks since the last set of photos--and what that might indicate for a completion date for the structure.

Constructing the factory building itself, of course, is just the first stage. Then Tesla and its battery partner Panasonic must begin to install and test the various machines that fabricate the electrodes.

To do so, however, a variety of compounds must themselves be created from the raw materials like lithium and graphite that the plant will be supplied with.

The Model 3 is still targeted to enter production late in 2017, but the gigafactory must be up and running at sufficient capacity to produce enough cells and completed battery packs before then.

That's an ambitious schedule for a project whose cost could ultimately reach $5 billion.

UPDATE: Tesla said earlier this month in its most recent letter to shareholders that it remains "on plan to begin equipment installation later this year and for the start of battery pack production in 2016, in partnership with Panasonic."

Its director of battery operations, Kurt Kelty, also told Nikkei Asian Review this week that, “The plant’s launch will be accelerated to bring down production costs through economies of scale."

Still, Tesla is accustomed to working in the spotlight of public attention.

And the company has already achieved several goals widely thought to be close to impossible--including the launch of what may be the world's fastest production sedan.

So perhaps building the world's largest single plant for lithium-ion batteries is all in the day's work. For all the latest stories and updates, see our Tesla Gigafactory News page.

PHOTO LICENSE: Attribution-NonCommercial-ShareAlike 4.0 International by Bob Tregilus. Permission specifically granted by photographer for use on this commercial website.