Which green-car concept did GM almost manage to keep a surprise until an executive leaked it?

And what were the greenest of the new production cars and concepts at this week's Detroit Auto Show?

This is our video look back at the Week In Reverse--right here at Green Car Reports--for the week ending on Saturday, January 17, 2015.

We're back! We took a few weeks off from our video roundups over the holidays, but January saw us dive right into the Detroit Auto Show.

The most prestigious auto show in North America held its media preview days last Monday and Tuesday, along with scores of private events, launch parties, and all the rest.

We covered it in detail throughout the week, and now we've picked not only show highlights but also other news items to round out our return. 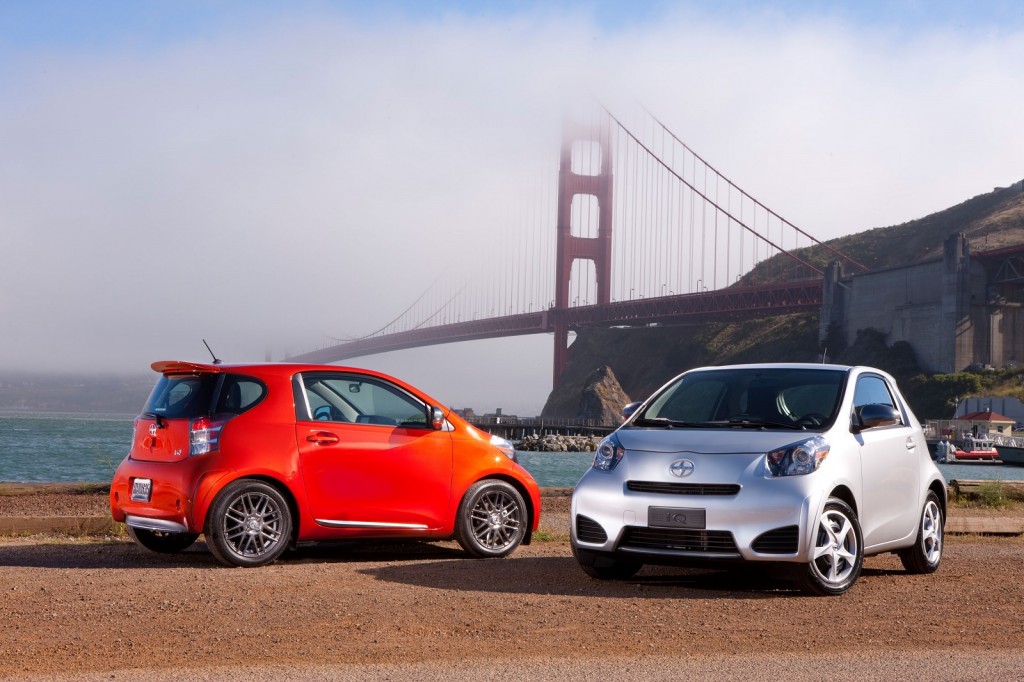 Saturday, we learned that the tiny Scion iQ minicar is being killed off. As a rule, minicars sell in very low numbers in the U.S., so it's hardly a surprise.

Instead, the upcoming Scion iM is a compact five-door hatchback--a much bigger segment for Toyota's so-called youth brand.

Friday, we posted our summary video of the 2016 Hyundai Sonata Hybrid and Plug-In Hybrid, updated models that lagged the conventional Sonata version by a year.

The plug-in Sonata mid-size sedan offers a 9.8-kilowatt-hour battery pack that Hyundai says will give it 22 miles of electric range.

That's more than any other plug-in hybrid except the Chevy Volt. 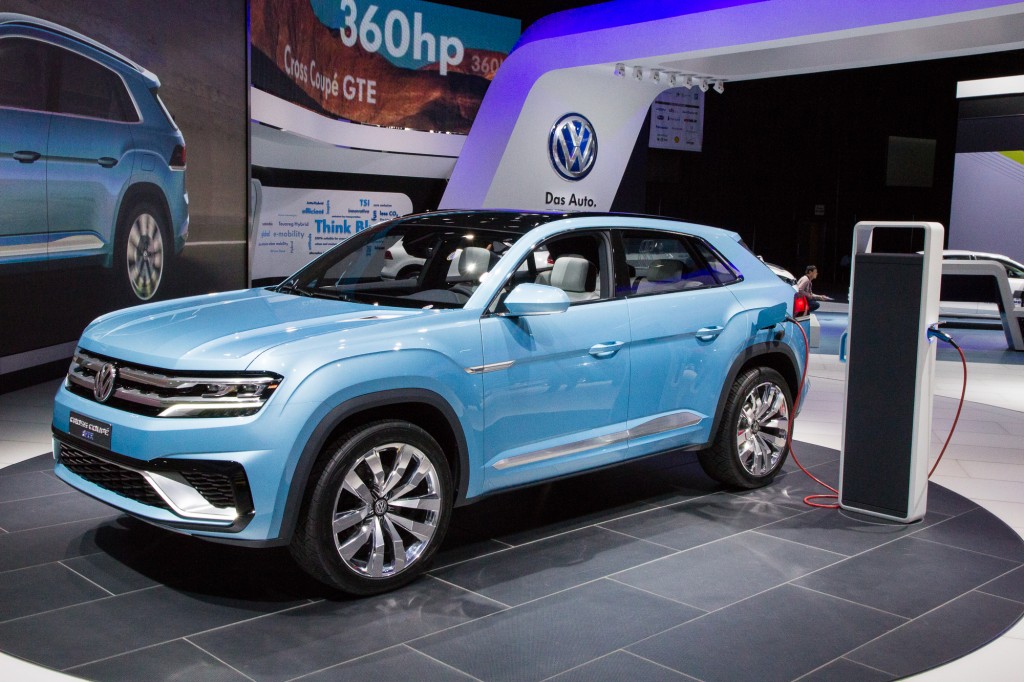 Thursday, we told you about the Volkswagen Cross Coupe GTE Concept from Detroit, a five-seat SUV that previews the styling of VW's upcoming seven-seat mid-size crossover.

Its plug-in hybrid powertrain will be an option on that vehicle.

On Wednesday, we described the Honda FCV Concept, which previews the hydrogen fuel-cell vehicle that Honda will put into production next year.

Tuesday saw us cover the news that Honda will release a second battery-electric car and a plug-in hybrid by 2018. Details? Not one. That was the entire news.

But the biggest green news in Detroit came on Monday, and it belonged to General Motors.

It unveiled the 2016 Chevrolet Volt, with 50 miles of electric range, 41 mpg in gasoline mode, and what GM calls an "occasional fifth seating position" in response to Volt owner demands for a fifth seat

We've been hearing about the Volt in a series of teases--here, here, and here, among others--that started in August. We even got a preview of its new, more powerful, more efficient drivetrain. 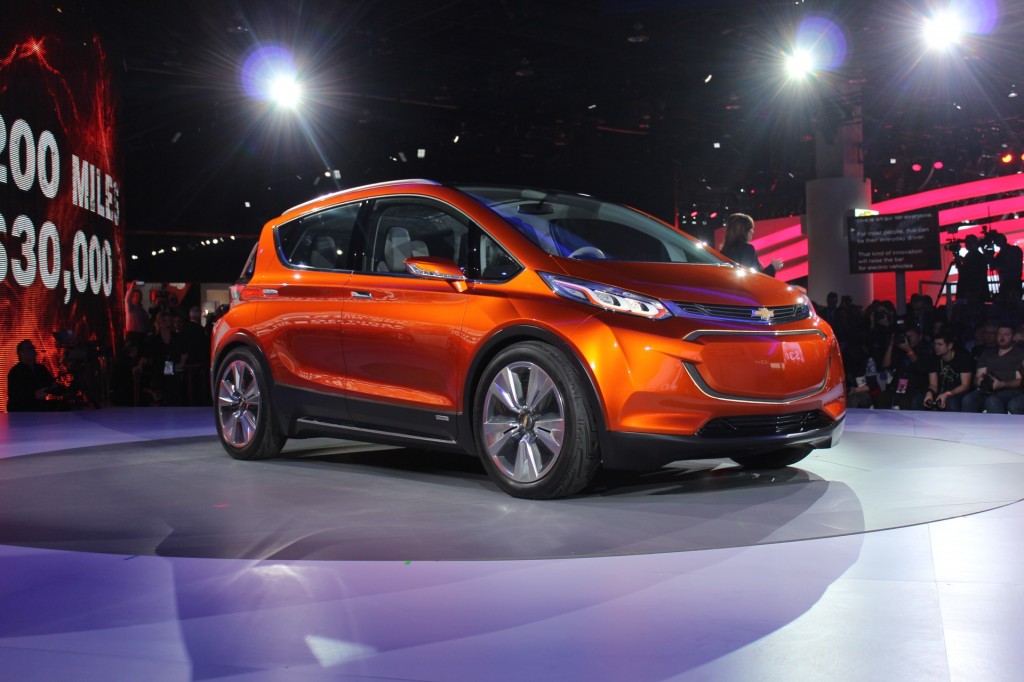 The Bolt Concept leaked late Friday night, but along with 200 miles of range, its price is the key. GM CEO Mary Barra said it if built, it would sell for $37,500 before incentives.

Sources tell us the hopefully-renamed Bolt is very much a real product, and that Chevy may well launch it in 2017 as a 2018 model. 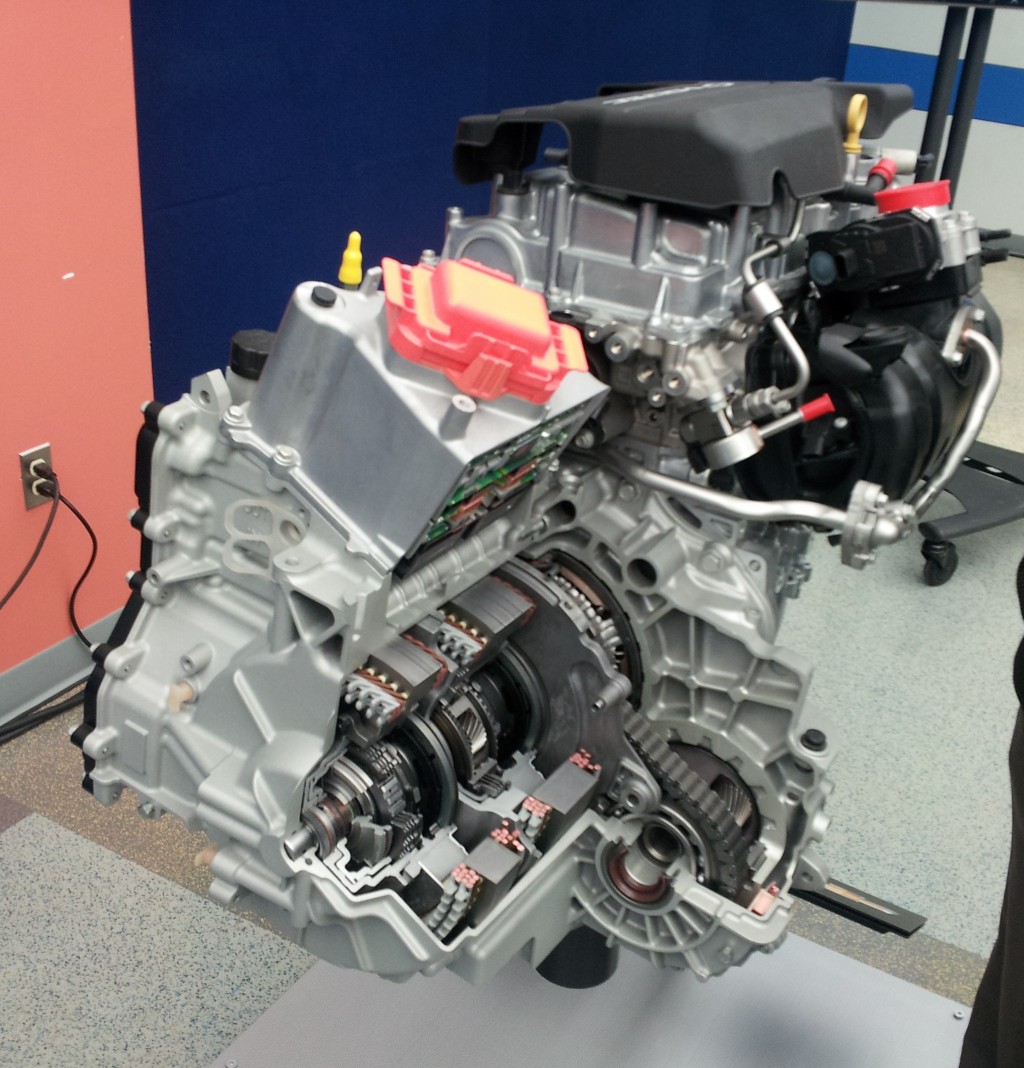 That's before the Tesla Model 3 targeted for the same range, a price of $35,000, and a launch at the end of 2017 at best--always assuming Tesla's battery gigafactory is up and running by then.

We have video summaries of both the Chevy Bolt Concept and the 2016 Chevrolet Volt plug-in hybrid too.

Finally, we speculated on whether the new Volt is GM's next hybrid or plug-in hybrid system in disguise.

On that one, we'll just have to wait for news of the 2016 Cadillac CT6 full-size luxury sedan to be unveiled in April--which is rumored to offer a plug-in hybrid powertrain.

The system may be related to the one in the new Volt, or it may be completely different.

As always, stayed tuned to Green Car Reports for all the latest news, views, and reviews of fuel-efficient and climate-friendly cars.