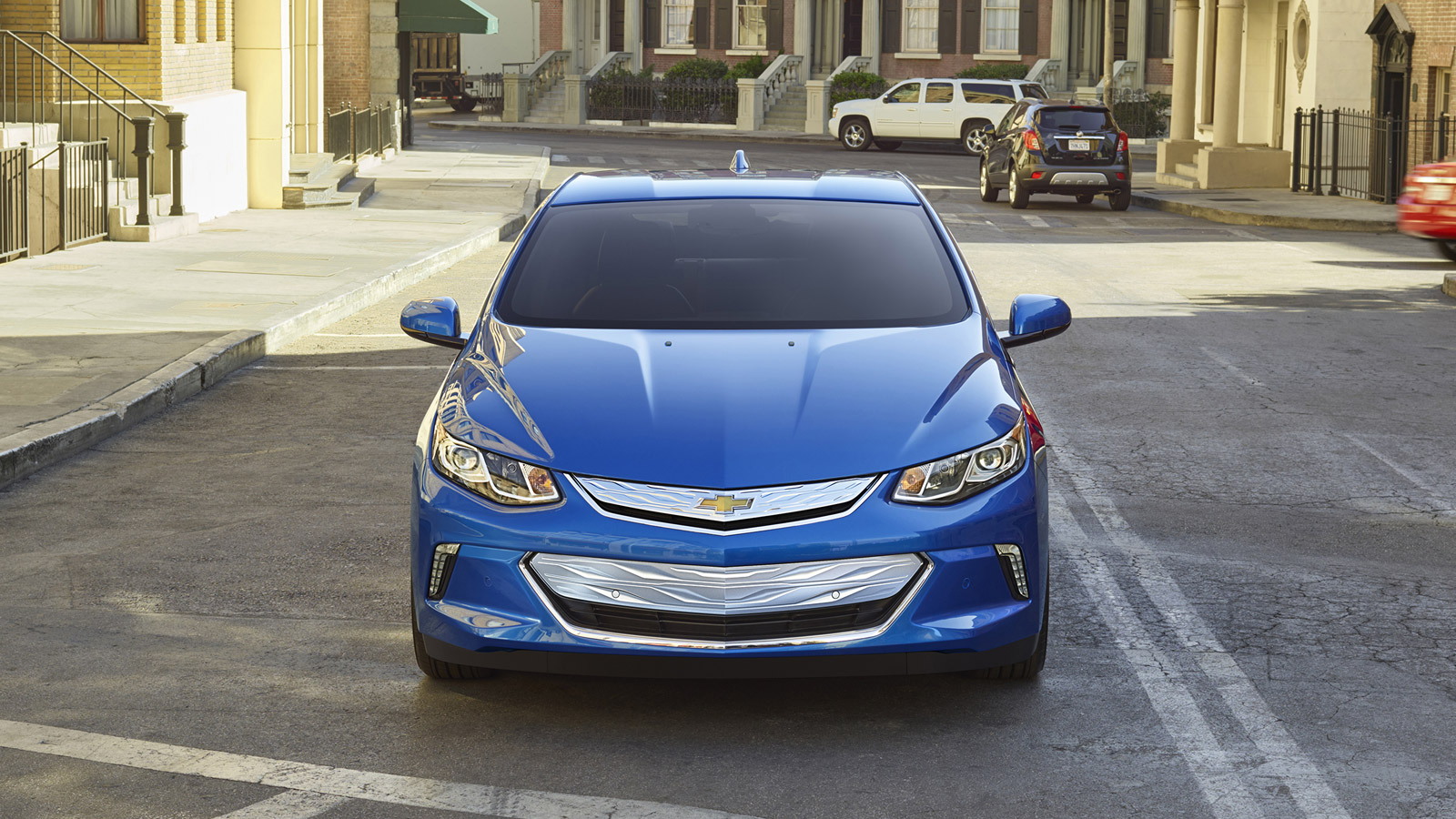 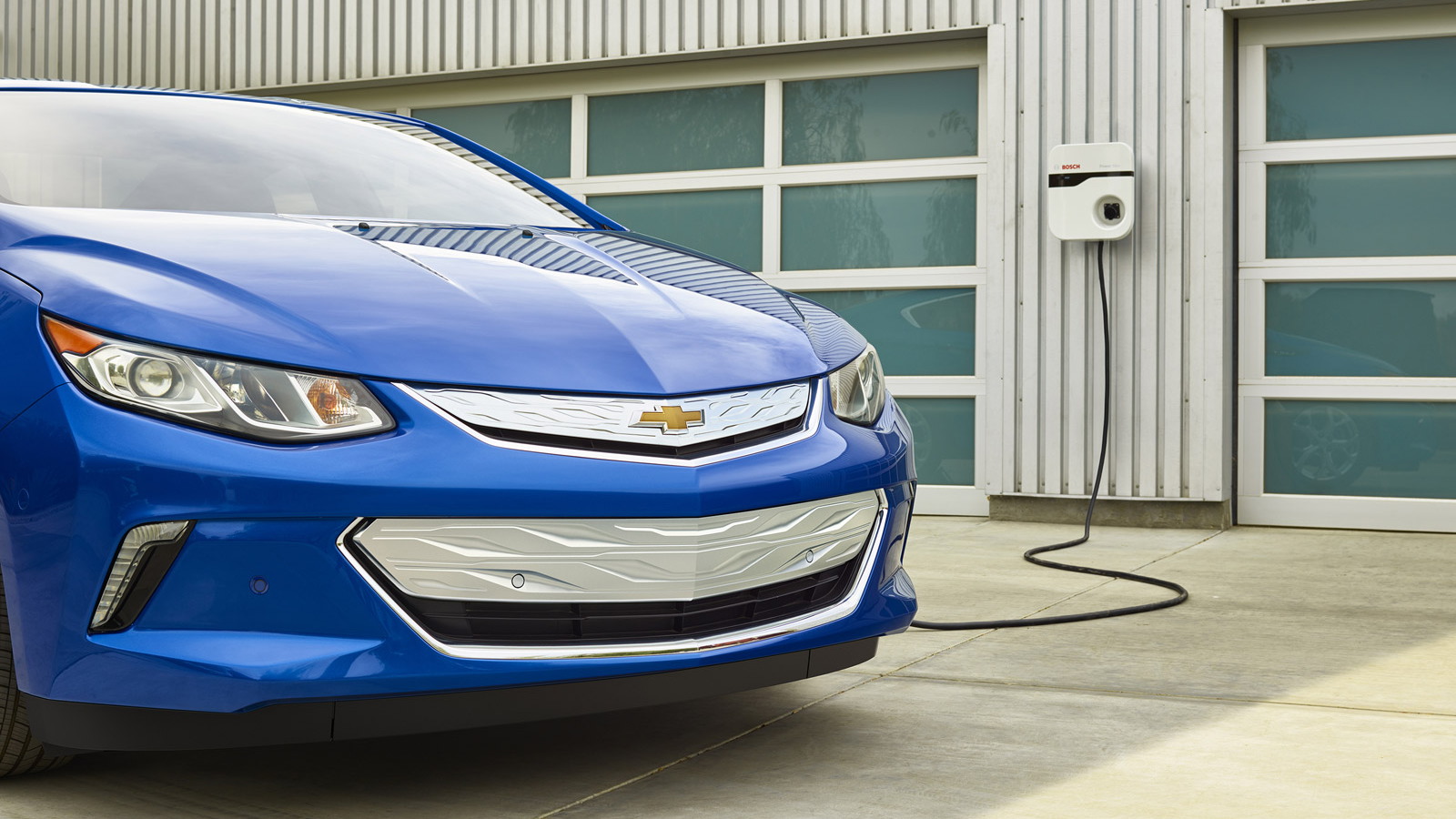 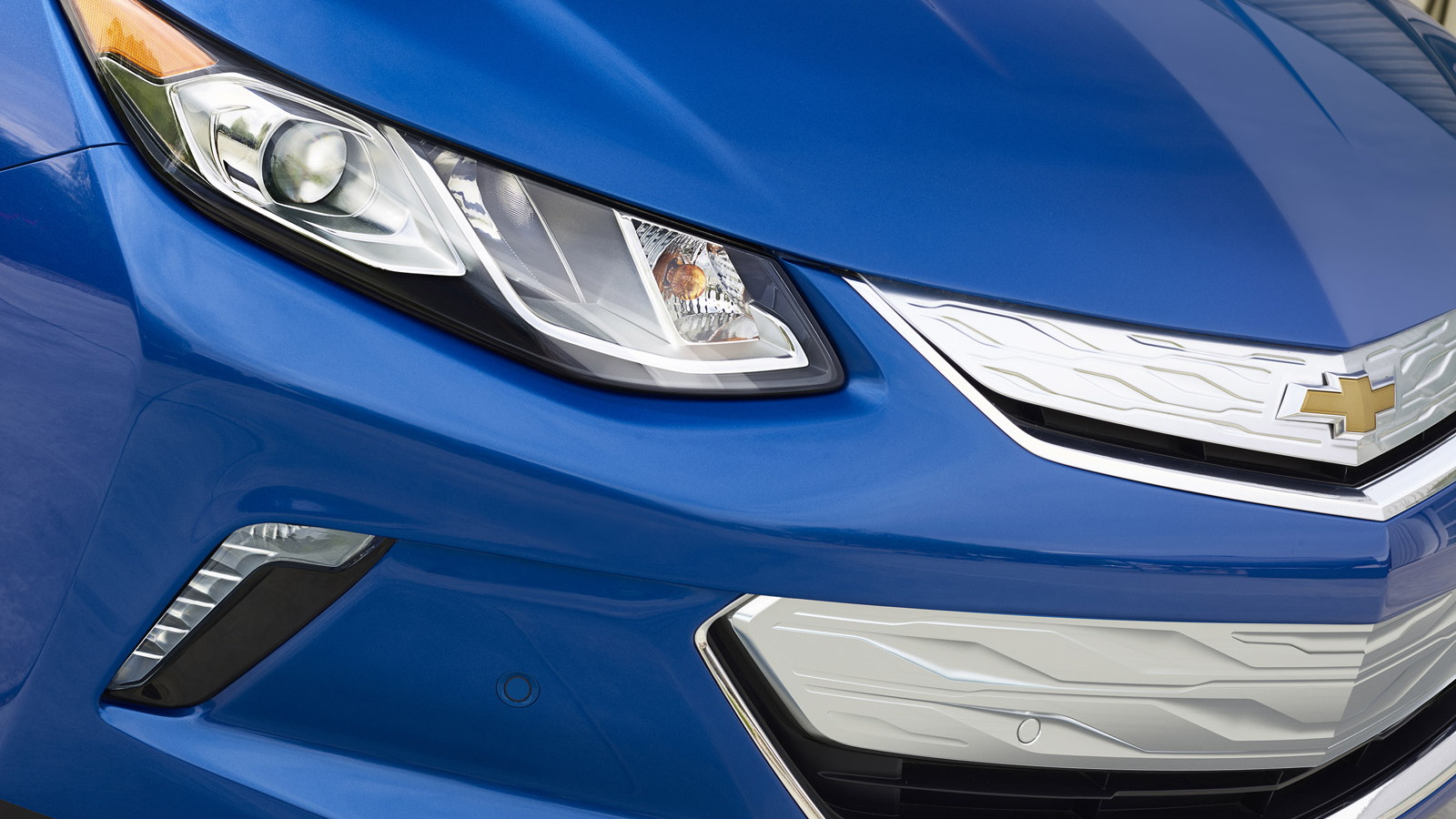 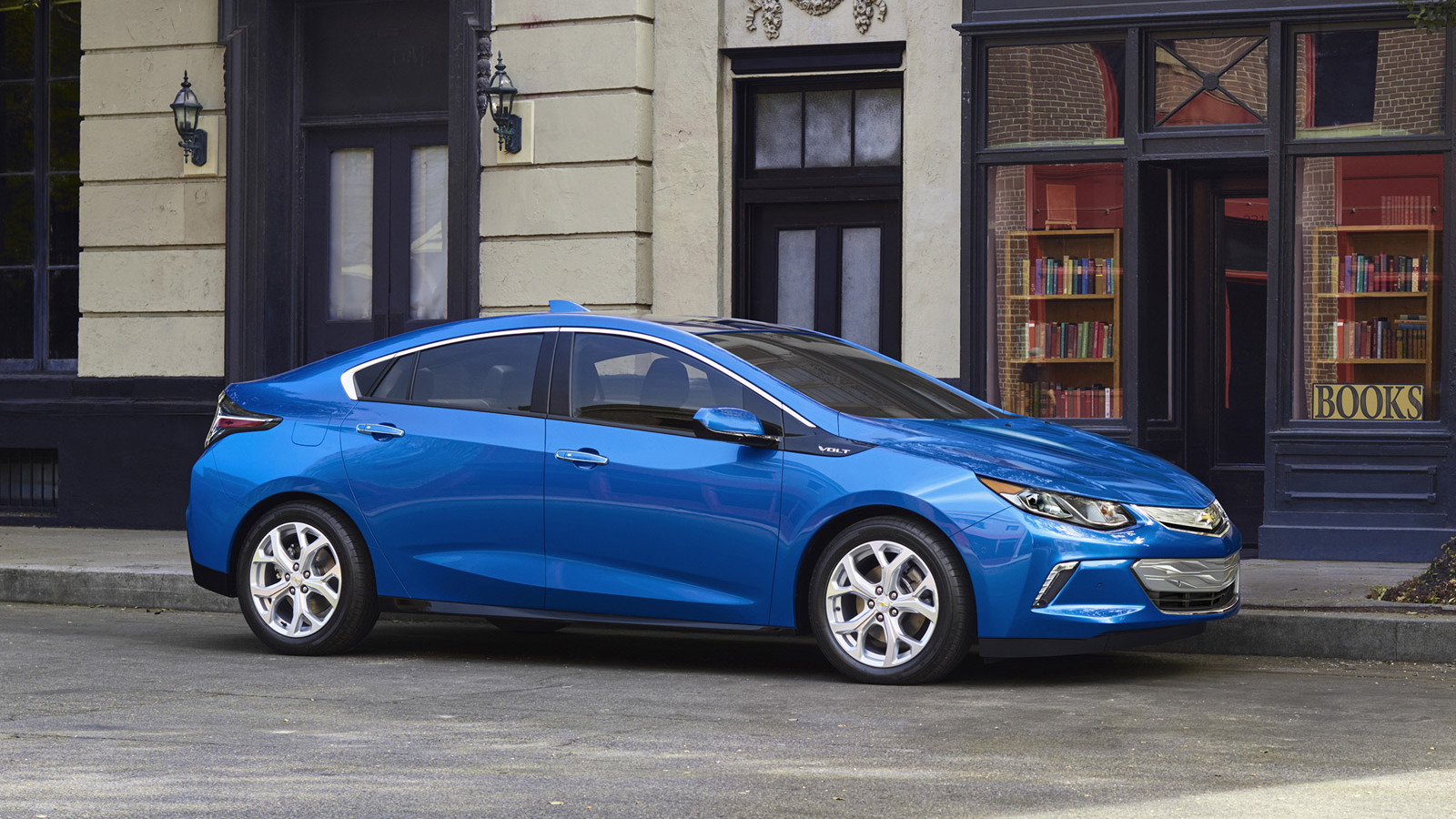 The 2016 Chevrolet Volt range-extended electric car, which will be unveiled this morning at the Detroit Auto Show, is sleeker, has more electric range, and is projected to get higher gas mileage when its engine is operating.

The compact five-door hatchback also has a fifth "seating position," although Chevy has stressed that it's for occasional use.

After all the teaser photos and much discussion of what it would or should have, the new 2016 Chevy Volt expands on the qualities that made the first-generation Volt the highest-rated car GM has ever built. 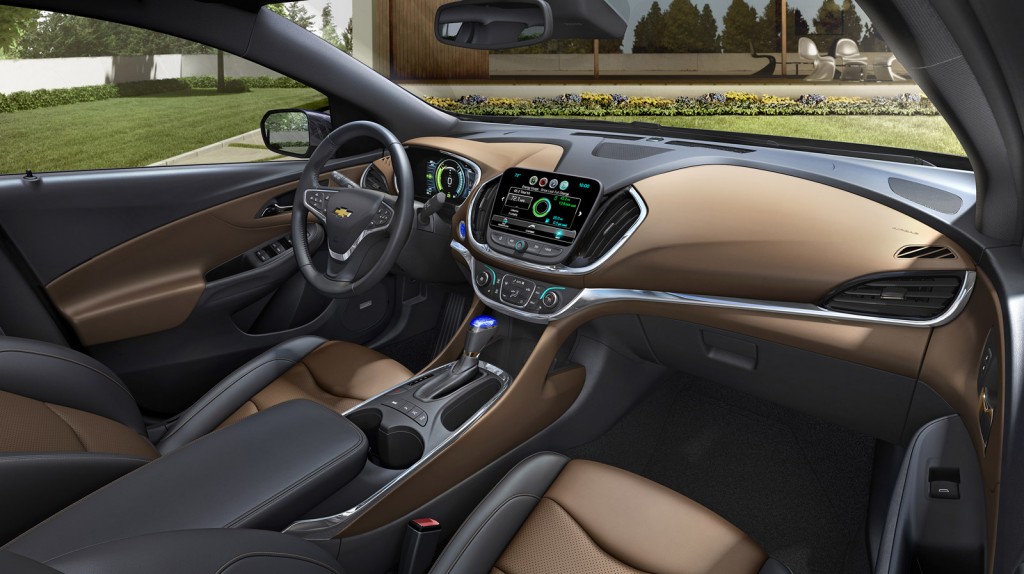 Chevy projects that the EPA will rate the 2016 Volt at 50 miles of electric range, up substantially from the current model's rated range of 38 miles.

And it's possible for a fifth occupant to sit in the middle of the rear seat now, though that person's legs will still straddle the central tunnel that contains the battery pack.

Projected gas mileage in range-extended mode, however, is 41 mpg--higher than than the current car's 37 mpg, but not equal to the 50-mpg combined rating of the Toyota Prius hybrid.

Its two electric motors can now both power the vehicle, and one also acts as a generator. The engine can also clutch in to assist the traction motors once the battery is depleted, when that would boost efficiency at higher speeds.

The T-shaped battery pack, again using LG chem lithium-ion cells, now has a capacity of 18.4 kilowatt-hours--up from the 2015 Volt's 17.1 kWh. Once again, it's liquid-cooled. 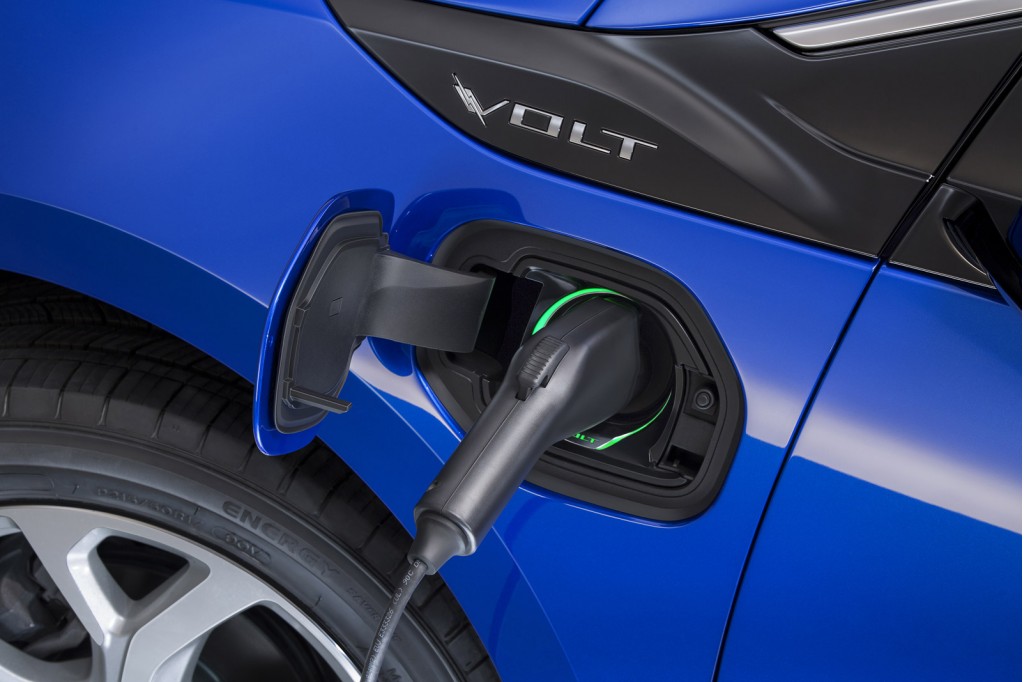 The cowl is lower and the front has a slight V-shape to the nose, which again is a textured silver blanking plate where a grille would be on a conventional car.

MORE: Will The 2016 Chevy Volt Be A 'Mass-Market' Electric Car? Should It Be?

The interior is considerably more conventional than the capacitive touch switches on the first Volt, maintaining the characteristic Chevrolet twin-cockpit look while offering predictable knobs and buttons for functions like heating and air conditioning.

The 2016 Chevrolet Volt will go on sale in the second half of 2015. Trim levels and pricing will be announced closer to the car's on-sale date.

For all the latest information from today's events, see our Detroit Auto Show News page.