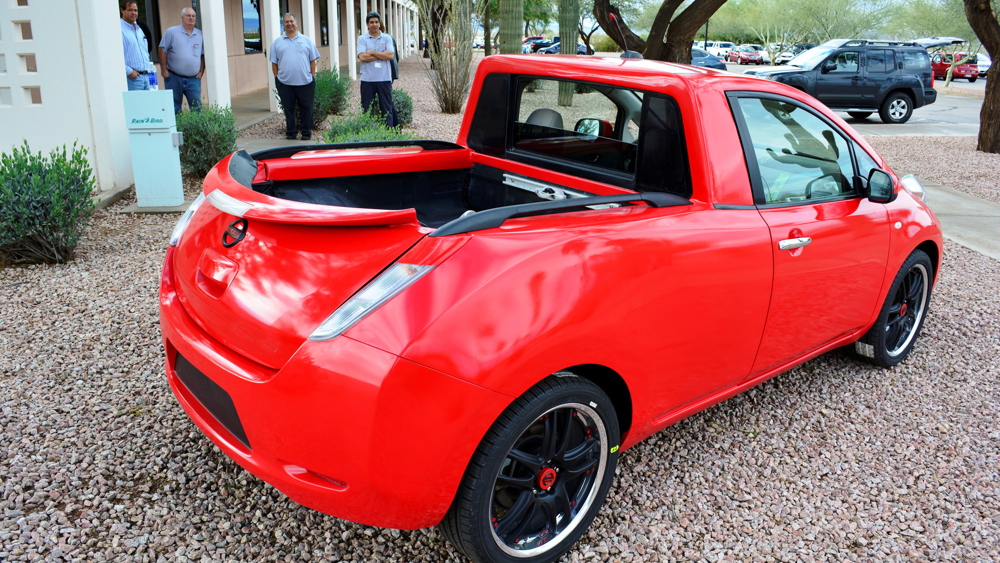 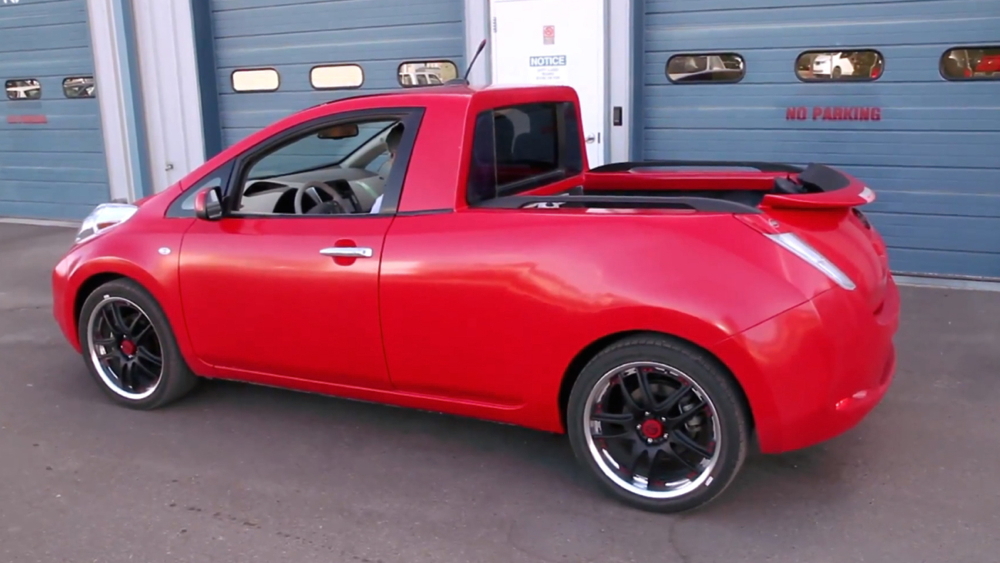 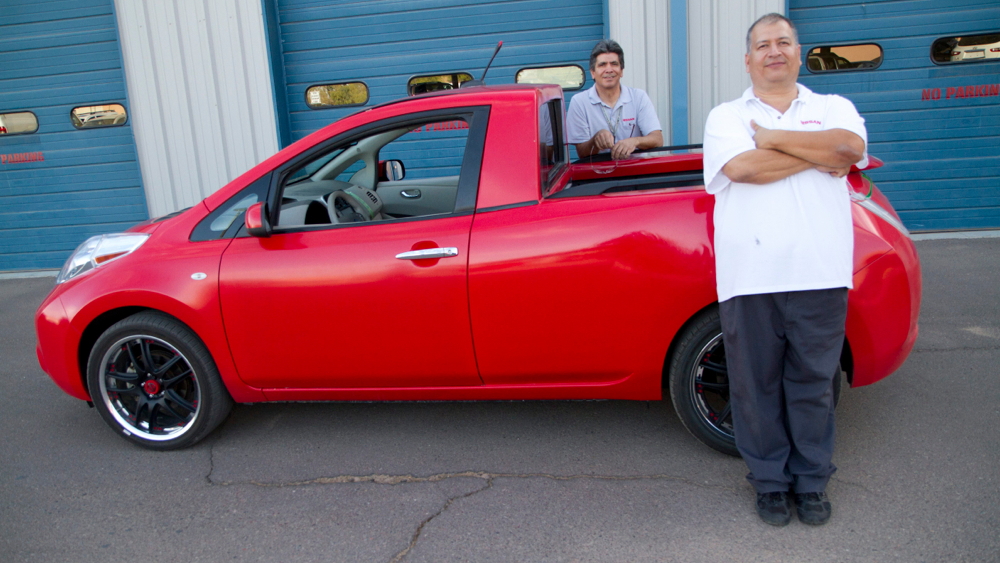 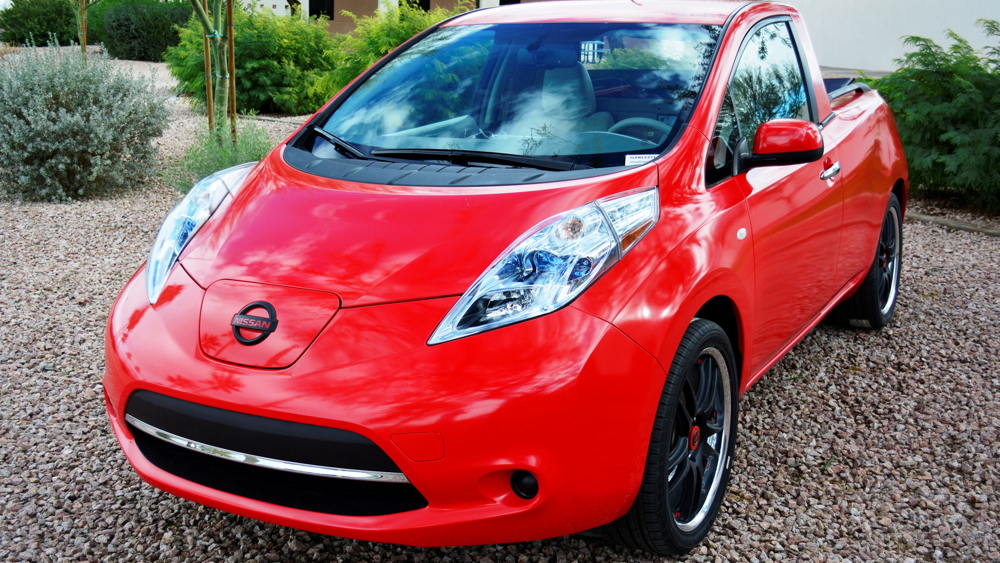 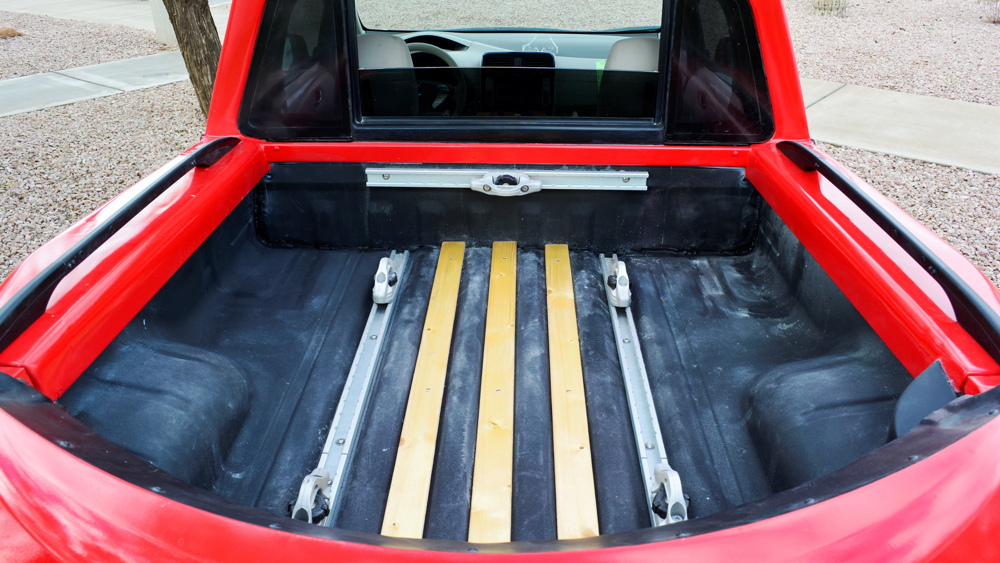 As the world's best-selling electric car, the Nissan Leaf has become many things to many people.

Most of the many roles the Leaf adopts, however, don't involve cutting its roof off.

Now Nissan has built the world's first Leaf pickup truck, which it uses as a shop vehicle at one of its U.S. test facilities.

Called "Sparky," the Leaf pickup was built by an engineers at Nissan's proving ground in Stanfield, Arizona.

To build it, they spliced in the bed from a Frontier mid-size pickup, while keeping the front end of the Leaf intact.

Engineers say the bed fit perfectly behind the shortened Leaf cabin, although it did have to be narrowed to fit within the electric car's track.

The truck is used to haul parts around the Stanfield facility, where Nissan conducts hot-weather testing on production vehicles.

This limited use is pretty much all Nissan has planned for the Leaf pickup, though.

From the way "Sparky" was cobbled together from different vehicles, it's clear Nissan doesn't really plan to produce an electric pickup.

As much as anything, the electric truck served as a team-building exercise for the employees at the Arizona test center.

Thus far, only startup VIA Motors has made a serious attempt at an electric truck, designing plug-in hybrid conversions for General Motors full-size pickups, SUVs, and vans.

Nissan does plan to the launch its e-NV200 electric van in the U.S. soon.

Based on the NV200 small van that also serves as the base for New York City's "Taxi of Tomorrow," the e-NV200 uses the Leaf's powertrain.

It should prove practical--even if it isn't as interesting to look at as this custom Leaf pickup.