It's often said by electric-car owners and advocates that once you start driving electric, you never want to go back.

Now it appears that at least a handful of car dealers are learning that the principle extends even to loaner cars from the dealership.

A recent Facebook thread on the BMW i3 Owners Group prompted Tom Moloughney to post about the phenomenon.

Moloughney--who's now driven three different electric cars, starting with a MINI E, progressing to a BMW ActiveE, and now a 2014 BMW i3 REx--suggests that savvy dealers will recognize the phenomenon and offer electric loaners.

He quotes one owner, who took in his BMW i3 for service and received a brand-new BMW 3-Series loaner car. That owner wrote:

Most people would love to drive a new BMW 3-Series for a few days as a loaner. Not me. It vibrates, burns gas, I have to use the brake pedal, makes noise and is slow. All this found during the 2.1 mile drive home.

The electric BMW i3 has no combustion-engine vibrations, offers strong regenerative braking that allows one-pedal driving under most circumstances, and of course has no powertrain noise.

The owner, to his or her credit, also uses the hashtag #FirstWorldProblems to describe his anguished plight.

Tesla Motors, of course, handles the issue of loaner cars differently, since it's never built a car with a combustion engine.

When a Tesla owner needs service, the company either sends technicians to wherever the car is located or sends a loaner car on a flatbed truck that drop its off and takes the Tesla back for service. 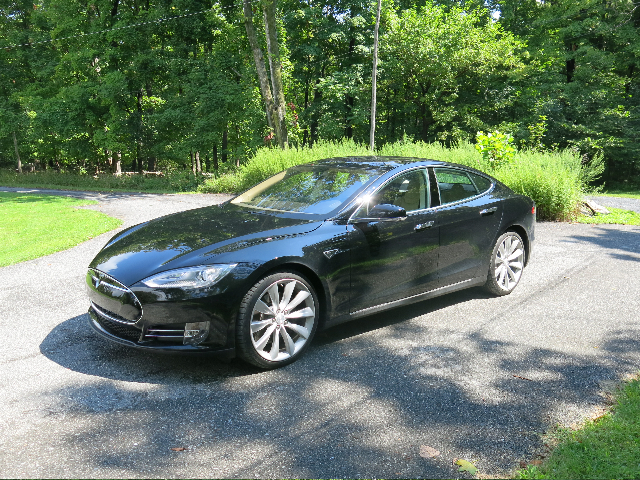 Its loaner cars are usually the newest and highest-spec model the company offers, often the Tesla Model S P85.

That version has not only the larger 85-kilowatt-hour battery pack but also the Performance option that reduces 0-to-60-mph acceleration to 4.4 seconds.

As author and Tesla owner David Noland learned, it's a very persuasive way to get an owner thinking about upgrading his electric car--to another, better electric car.