The 2015 Kia Soul EV will start at $34,500 in base price, not including the $7,500 Federal tax credit for electric cars, or any available state and local incentives.

That price buys a Base model that includes features such as navigation, a rearview camera, and UVO EV Services, which allows owners to monitor the battery's state of charge and find nearby charging stations, as well as remotely preset charging times through a smartphone app.

For $2,000 extra, the Soul EV Plus adds leather seats with heating and ventilation for the driver and front passenger, projection-style fog lamps, and power-folding exterior mirrors, among other features. 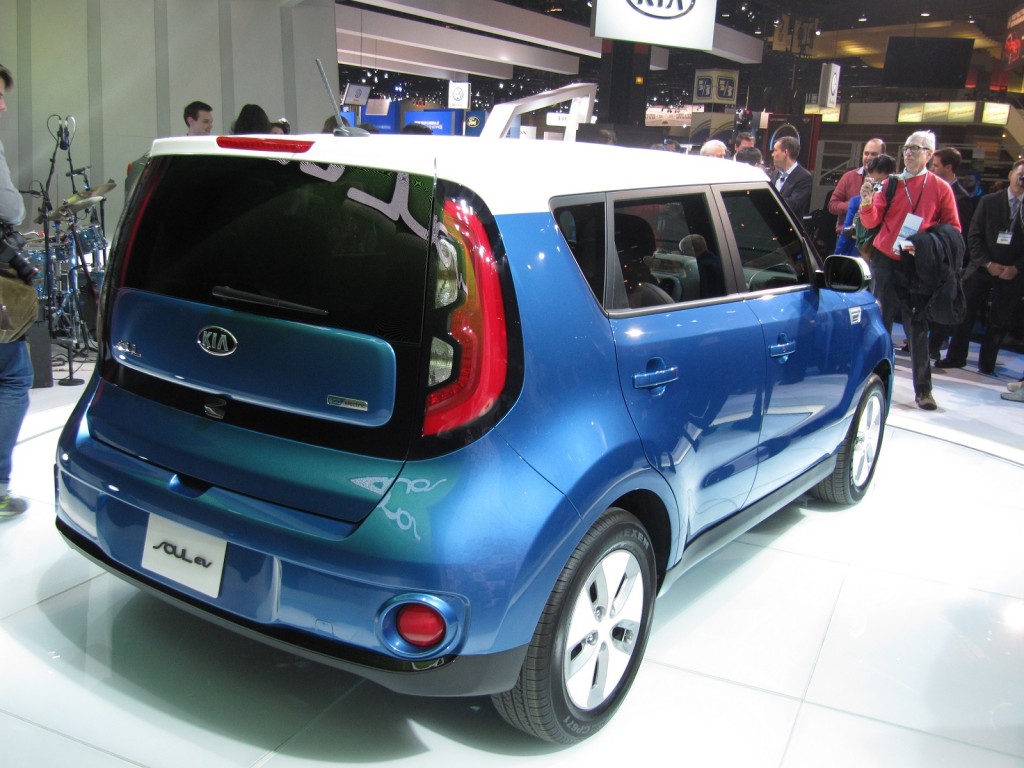 The powertrain consists of an 81-kilowatt (109-horsepower) electric motor that produces 210 pound-feet of torque, and a 27-kilowatt-hour lithium-ion battery pack. Kia says this will propel the Soul EV from 0 to 60 mph in under 12 seconds, while the top speed is limited to 90 mph.

The Soul EV is fitted with both a Level 2 J-1772 standard charging port and a CHAdeMO DC fast-charging port. Along with the Nissan Leaf and Mitsubishi i-MiEV, it's the third electric car to use this quick-charging standard.

With the 6.6-kW onboard charger, Kia quotes charging times for a fully-depleted battery pack at five hours from a 240-volt Level 2 source, or up to 24 hours using 120-volt household current. Using CHAdeMO quick charging at 50 kW, Kia says the battery can be recharged to 80 percent capacity in 33 minutes.

The Soul EV goes on sale in the U.S. this fall, but will only be available in certain California markets initially.

[EDITOR'S NOTE: An earlier version of this story gave the city efficiency rating as 102 MPGe, which we have corrected to 120 MPGe. We apologize for the error.]