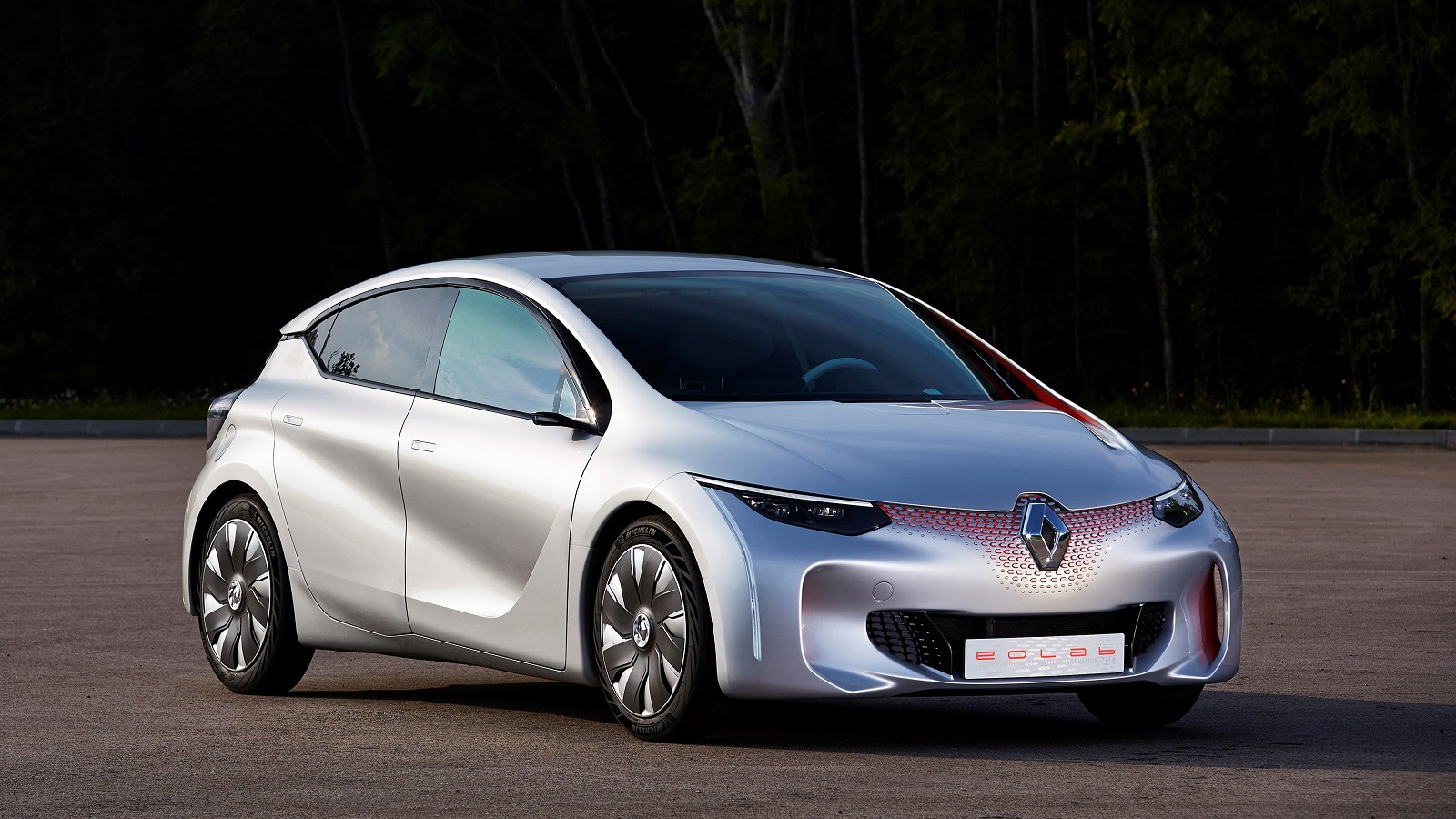 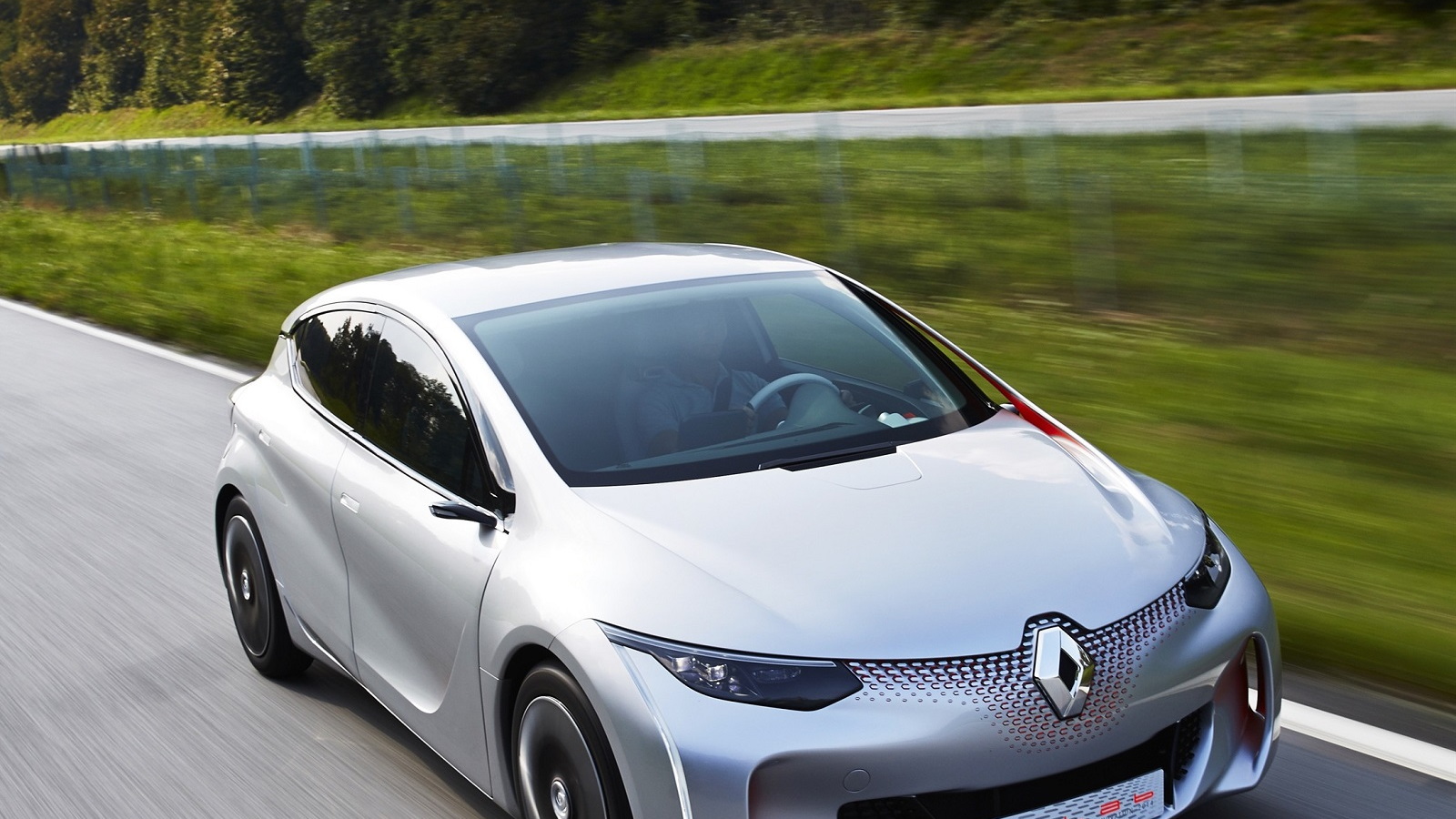 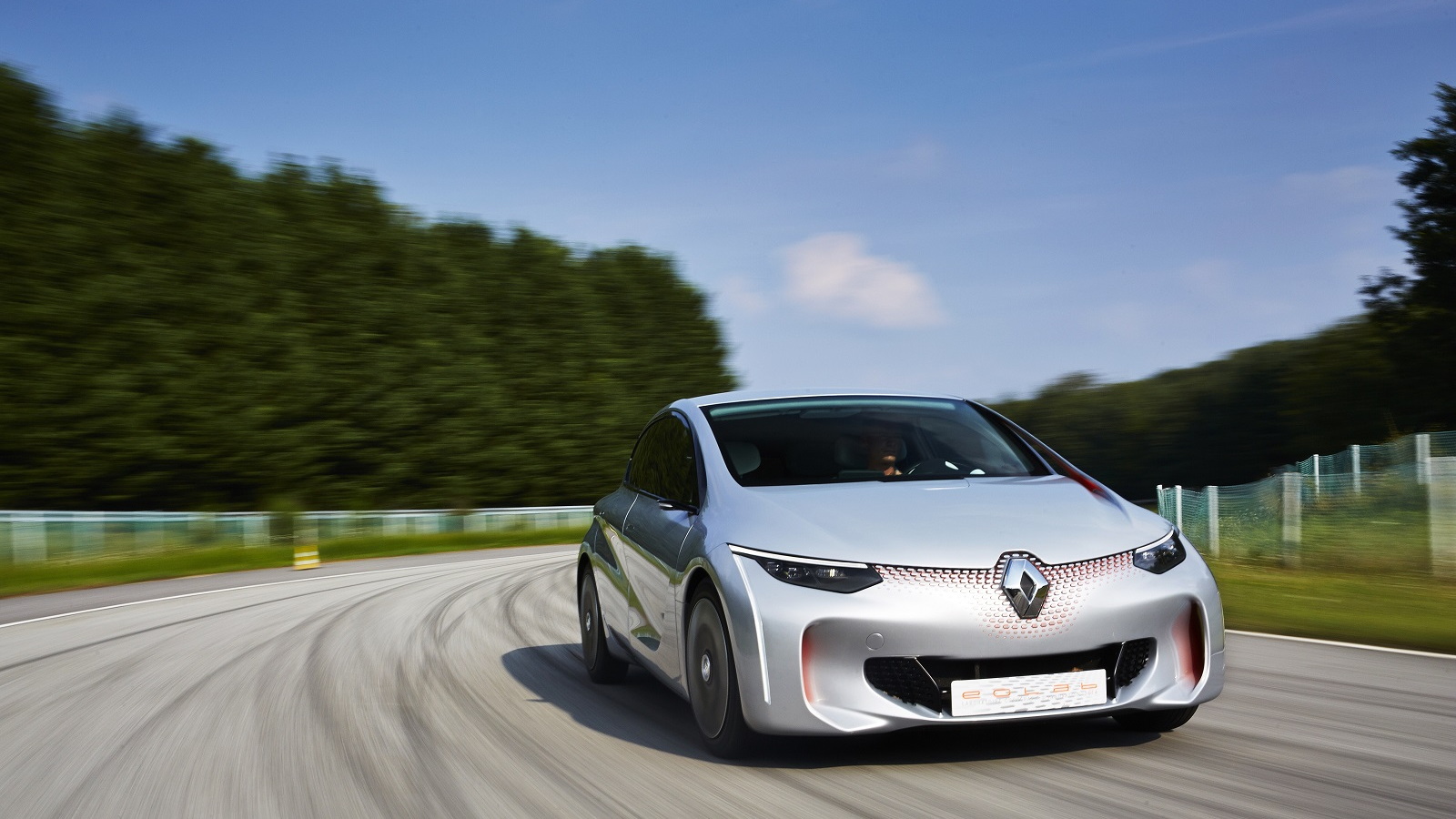 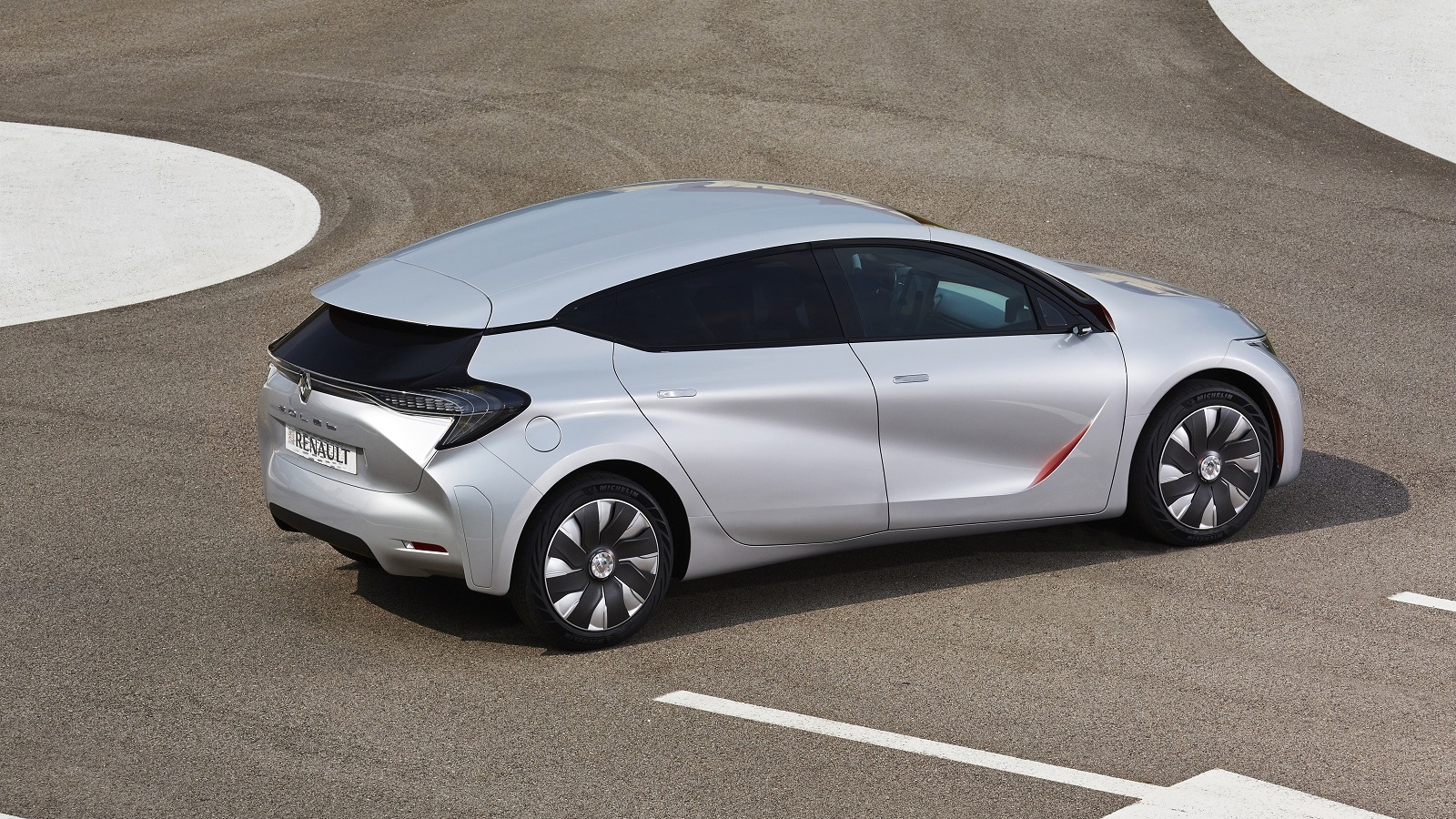 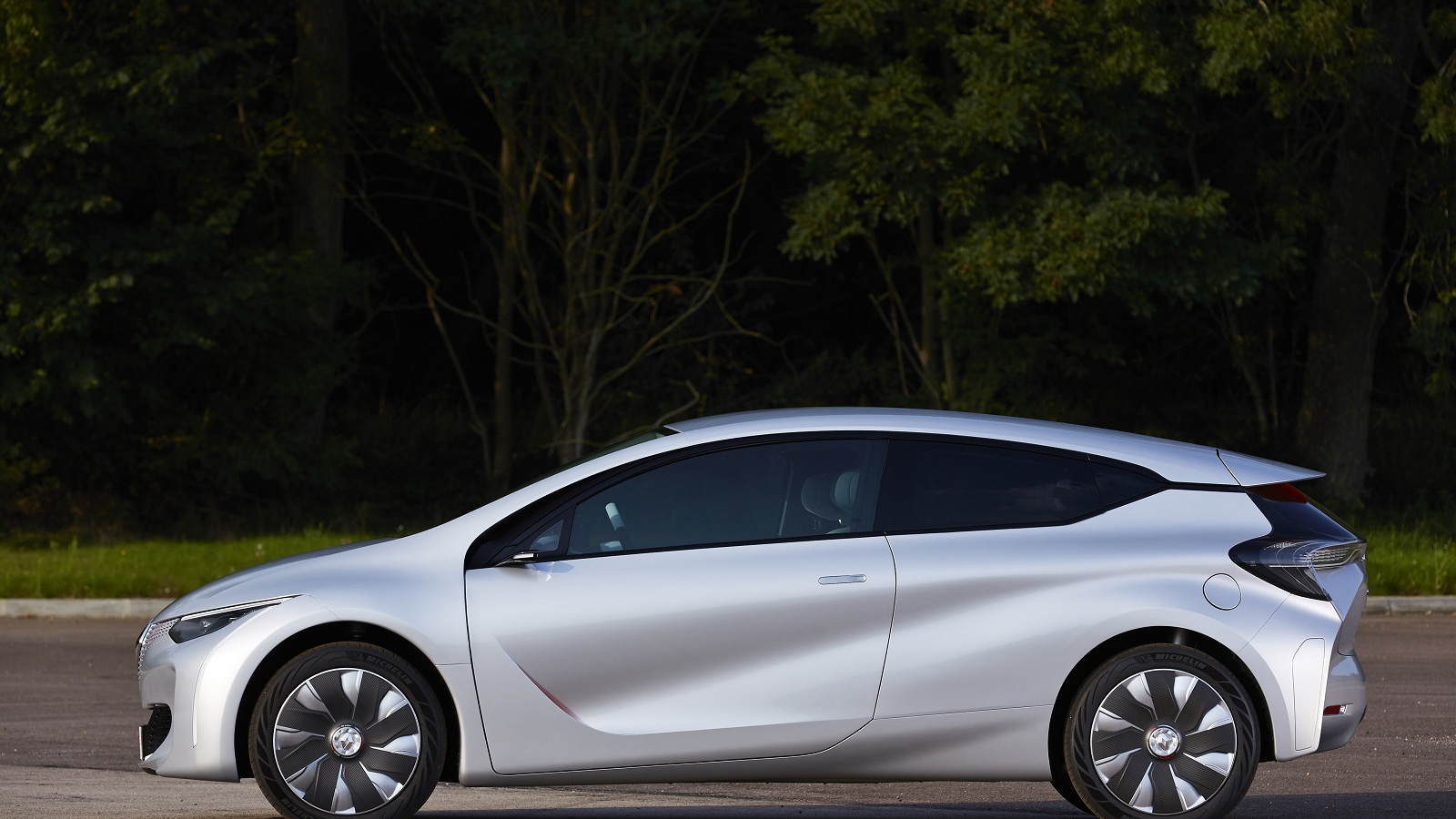 But as half of the global Renault-Nissan Alliance--and Europe's earliest volume electric-car maker--its cars and concepts are important to watch for clues to future Nissan offerings.

So the Renault Eolab Concept that will be officially unveiled at the Paris Motor Show in a couple of weeks is particularly significant.

DON'T MISS: Nissan To Launch Plug-In Hybrids Too, In Less Than Two Years

The subcompact hatchback concept, which resembles a lower and more modern Toyota Prius C from some angles--albeit one with two doors on the passenger side and a single, longer door on the driver's side--is the first plug-in hybrid concept from the Alliance in a while. 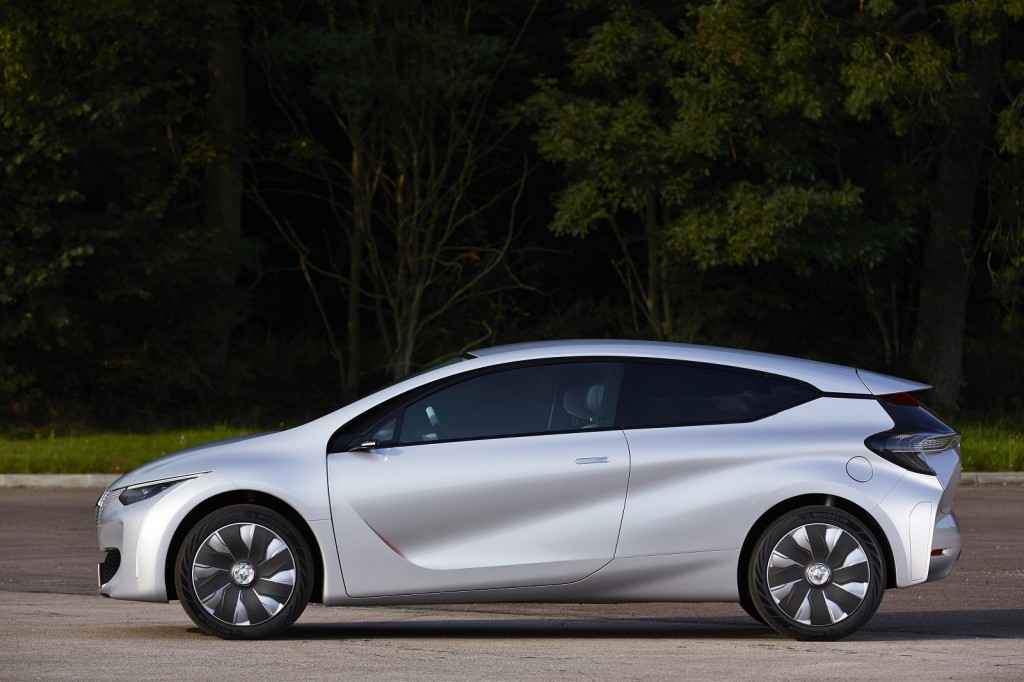 Its mission is to bring together many different future technologies that will begin to appear in future Renault products.

The Renault Eolab designers focused their efforts in three specific areas: minimizing vehicle weight, cutting aerodynamic drag as much as possible, and fitting a plug-in hybrid powertrain that allows all-electric running in many types of daily use without ever switching on the combustion engine. 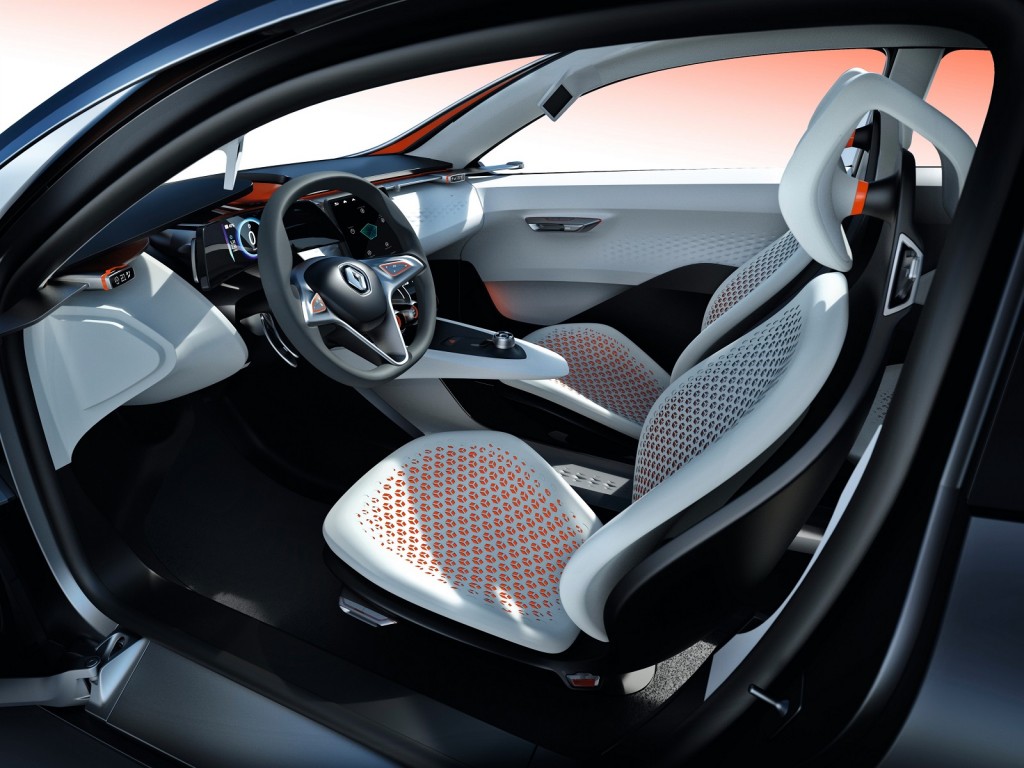 The car's structure is made of steel, aluminum, various composites, and a magnesium roof panel that weighs only 9 pounds. Its total weight is 2,100 pounds (955 kg), a savings of 880 pounds (400 kg) over a comparable vehicle today, according to Renault.

The concept also spent thousands of hours in the wind tunnel to push its drag coefficient down to 0.235, marginally lower than the best volume production car today.

The Eolab's front wheels are driven by a 50-kilowatt (67-hp) electric motor that produces 150 lb-ft (200 Nm) of torque, powered by a 6.7-kilowatt-hour lithium-ion battery pack. 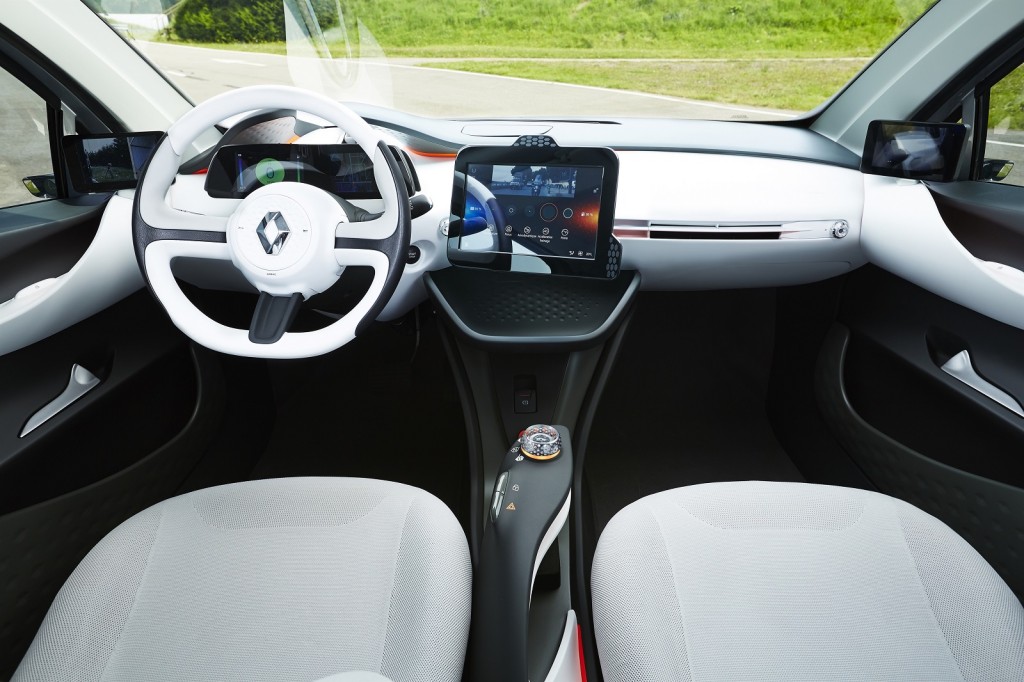 Renault says the Eolab can run entirely on electricity for roughly 37 miles (60 km) at speeds up to 75 mph (120 km/h), although those figures are based on the gentle European cycle and U.S. figures would likely be lower.

Pointing toward the future?

The little Renault Eolab may point the way toward future plug-in hybrids from Nissan.

That company's now-departed product chief Andy Palmer acknowledged to Green Car Reports earlier this year that it will launch plug-in hybrids, generally for larger vehicles like compact and mid-size crossovers, by the end of 2015. 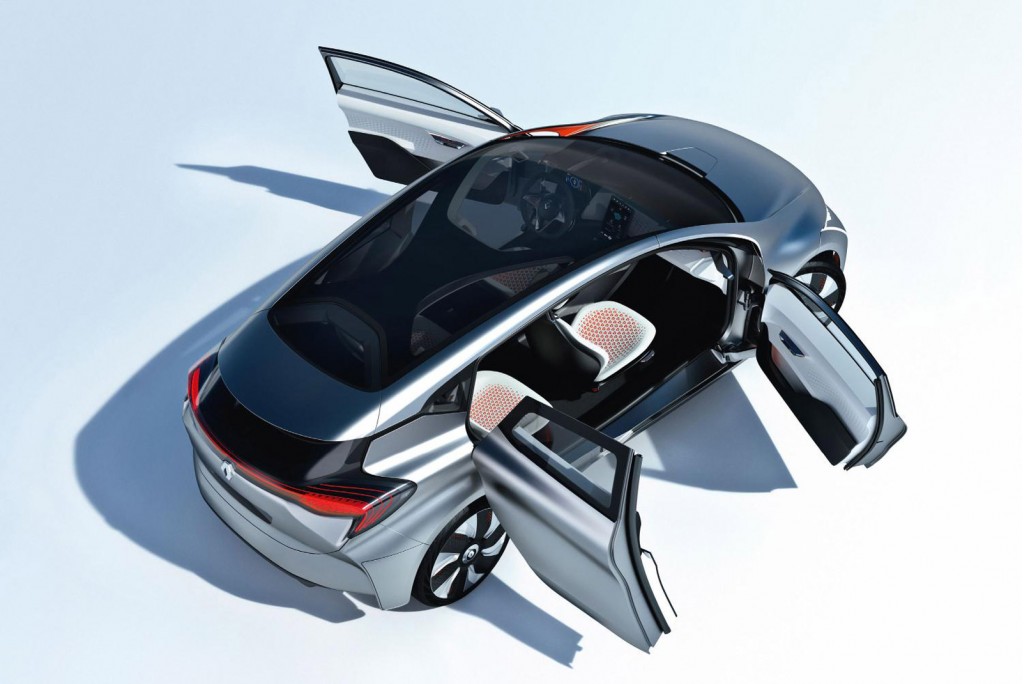 Nissan and Renault are increasingly sharing common platforms and architectures for vehicles sold in different markets around the world, as well as powertrain expertise and battery technology.

The French carmaker differed from Nissan in using LG Chem cells for the Renault Zoe subcompact electric car, however, against the AESC cells that Nissan uses in its Leaf compact hatchback.

ALSO SEE: Nissan's Electric-Car Battery Future: Will It Be With LG Chem?

Palmer declined to comment on specific plug-in hybrid models, but he identified a "natural dividing line" of vehicles weighing 1,750 kg (3,850 lbs) or less, which are suitable for battery-electric power. 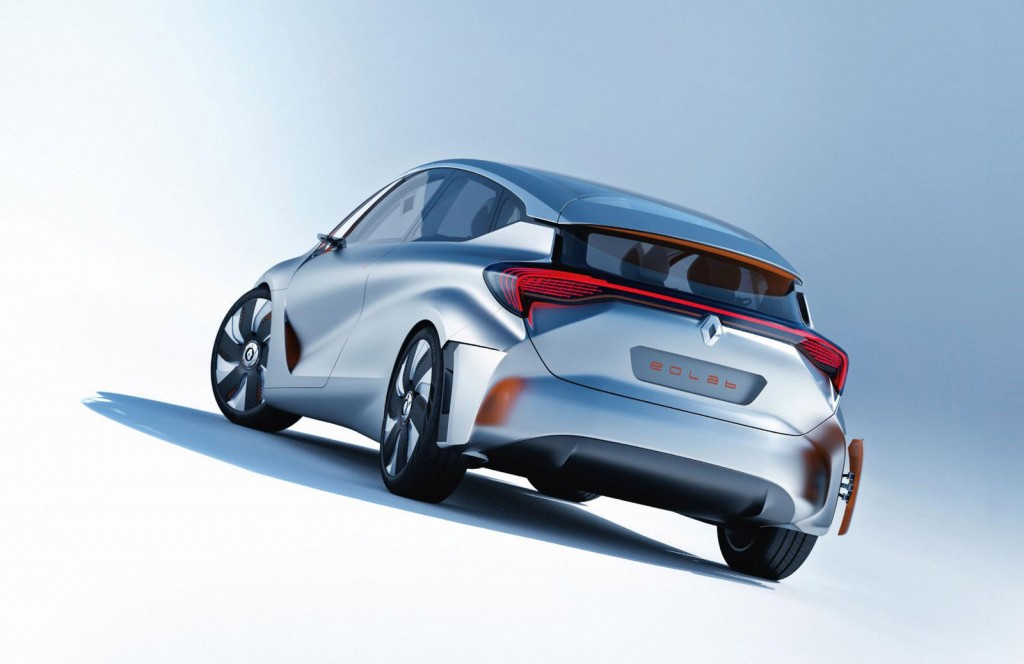 Equal power from motor and engine

Such Nissan plug-in hybrids would not draw on either of the company's current single-motor hybrid systems. Instead, a new and separately engineered system might, for instance, use a 80-kilowatt (108-horsepower) Nissan Leaf electric motor--giving Nissan significant economies of scale after building a few hundred thousand Leafs.

That motor could be paired with a gasoline engine, presumably downsized, and a smaller battery derived from the Leaf's current 24-kilowatt-hour lithium-ion pack.

In that respect, it's significant to note that the Eolab has an electric motor with more torque and almost as much power as its gasoline engine.

That puts it more in the Chevy Volt category than with more conventional plug-in adaptations of existing hybrids versions of the Toyota Prius, Ford C-Max, Ford Fusion, and Honda Accord.

In other words: You're up, Nissan.