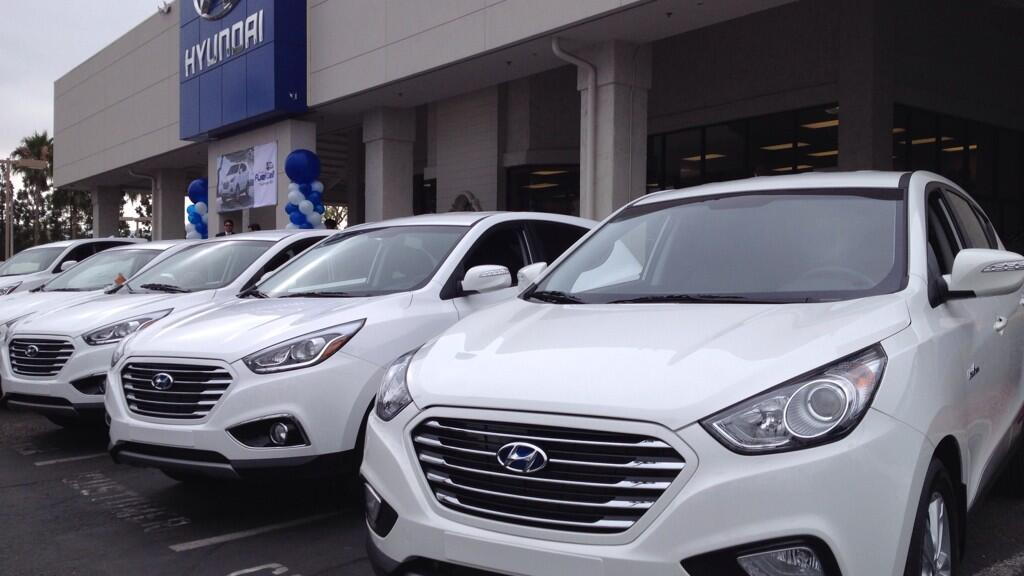 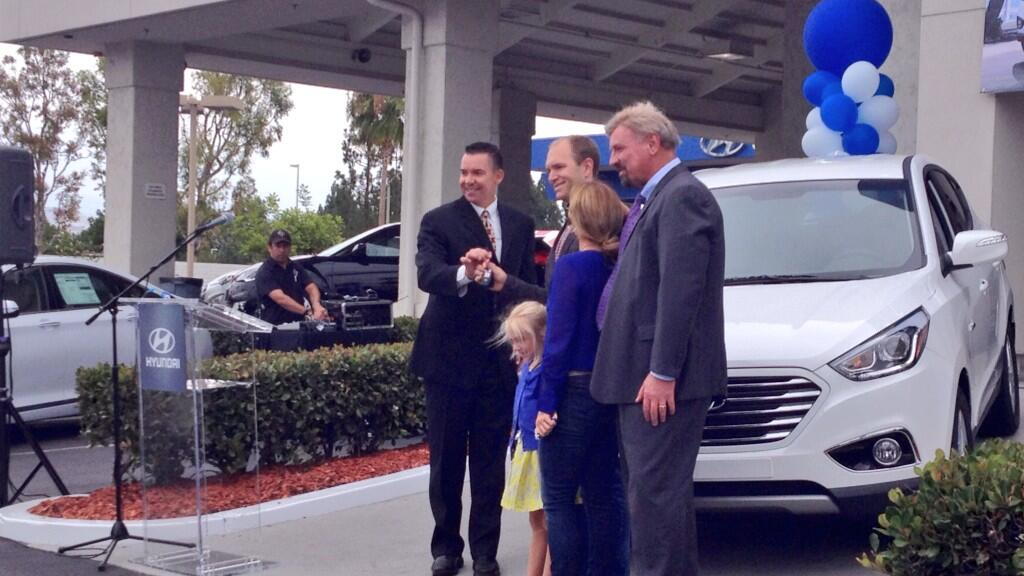 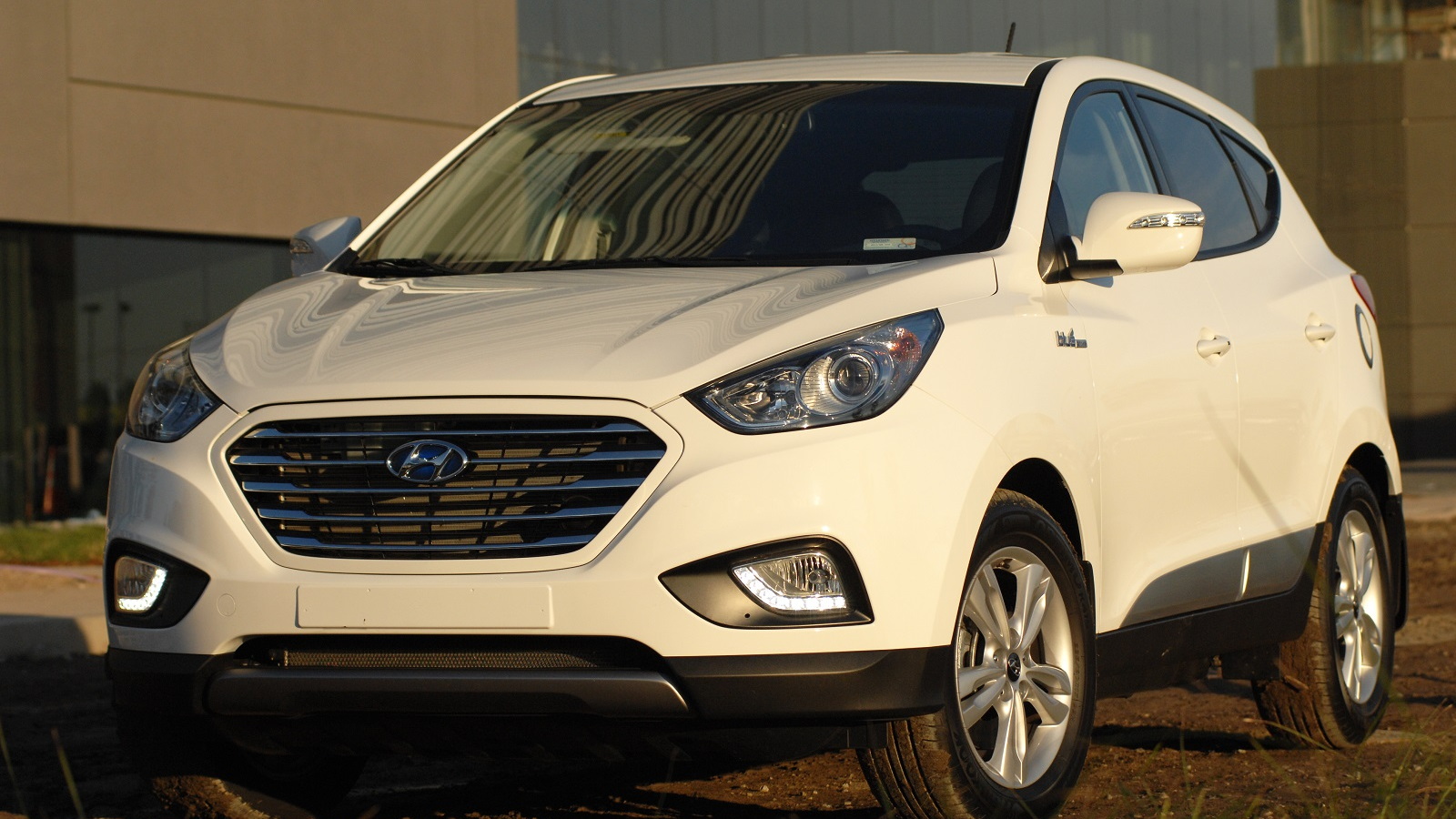 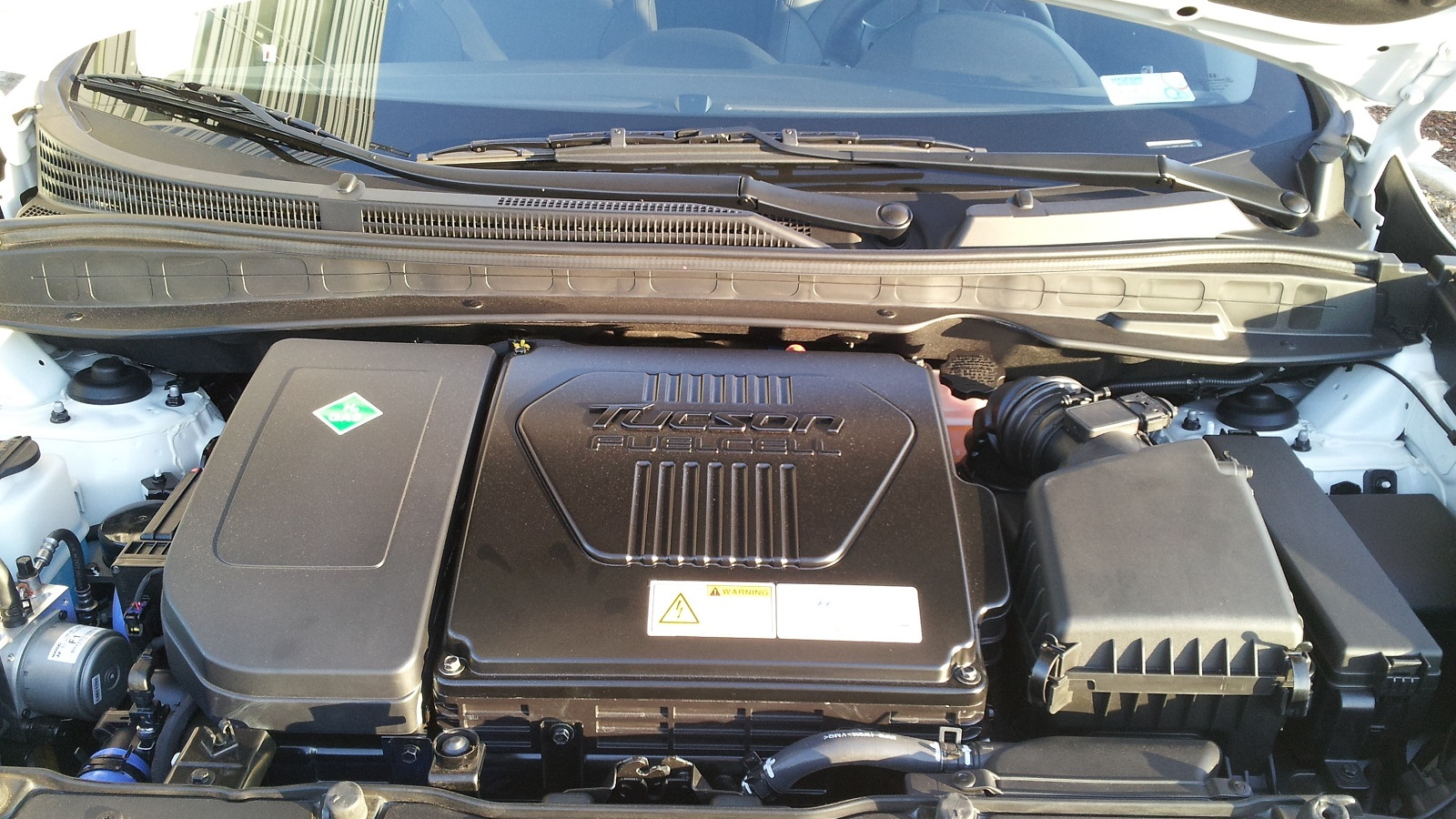 We're starting to hear a lot about hydrogen fuel-cell vehicles from Hyundai, Toyota, and Honda--and we're going to hear a great deal more about them in the years to come.

The first 2015 Hyundai Tucson Fuel Cell was leased last month, and Toyota will bring its own hydrogen-powered vehicle into selected California dealerships starting sometime next year.

Honda is expected to follow with a production version of the FCEV Concept it showed at the 2013 Los Angeles Auto Show, most likely launching sometime in 2016.

Offered only in California, these fuel-cell cars will not make money for the automakers, at least initially--just as hybrids and electric cars didn't when each new technology was first introduced.

But there's a strong incentive for automakers to offer hydrogen vehicles.

Hint: It's not consumer demand. At least, not yet.

Instead, California policy gives preferential treatment to hydrogen fuel-cell vehicles in meeting the state's mandate for sales of zero-emission vehicles.

Under a complex set of rules specifying how much credit automakers receive for each emission-free car they put on the road, hydrogen-powered vehicles earn more points for range and speed of refueling than do battery-electric cars.

And it's important for consumers to understand why these cars exist, and why makers will be aggressively marketing them to a small number of qualifying Californians.

That knowledge will let buyers better assess how serious automakers are about a technology--and whether it makes sense to put down tens of thousands of dollars to buy or lease a specific zero-emission vehicle.

Electric cars: unsuitable for most buyers

Honda, Hyundai, and Toyota are all staunch public advocates of hydrogen fuel cells as the preferred technology for providing zero-emission vehicles.

With varying degrees of vehemence, they dismiss battery-electric cars as not yet ready for primetime, unlikely to reach a mass market, and incapable of meeting the varied needs and uses of North American drivers.

And the state of California's policies largely seem to accept that view (despite the recent popularity of the Tesla Model S electric car among executives in the state's entrepreneurial, technology, and entertainment industries).

But hydrogen fuel cells have been in development at many large automakers for as along as two decades, so why are we seeing them come to market now?

The answer can be found in Sacramento, the capital of California--the state whose chronic Los Angeles Basin smog led it to regulate auto emissions long before the national Environmental Protection Agency even existed.

The California Air Resources Board (CARB) is the arcane but powerful agency that sets emission standards for vehicles sold in the state.

Its zero-emission vehicle (ZEV) mandate requires the six best-selling auto companies in the state to sell certain numbers of vehicles with no tailpipe emissions at all.

The volume of ZEVs required were small when the rules went into effect in 2012, producing a spate of so-called "compliance cars": battery-electric vehicles sold only in California, and only in numbers sufficient to meet the mandate.

Those cars include the Chevrolet Spark EV, the Fiat 500e, the Honda Fit EV, the Toyota RAV4 EV--and, arguably, the Ford Focus Electric as well, though it's sold in many other regions as well.

None of those cars has exceeded sales of 1,800 a year thus far, and most U.S. buyers don't know they exist.

MORE: Electric Cars: Some Are Real, Most Are Only 'Compliance Cars'--We Name Names

The required volumes of emission-free vehicles increases slowly through 2018. Then, after a review of the program and its effects, the numbers will rise more quickly and apply to a larger number of automakers.

But analysts suggest that the total number of hydrogen fuel-cell cars delivered in California will be low, perhaps as few as 5,000 a year by 2020.

Each of those cars, however, will be worth more than twice as many points as the existing range of compliance cars.

The math can get complex, but essentially an electric car with a range of 75 to 100 miles earns 3 ZEV credits--but a 300-mile hydrogen fuel-cell vehicle earns 7 points.

Not only is range before refueling factored in--that's why a 265-mile Tesla Model S gets 5 points--but speed of refueling counts as well. If it takes a driver less than 10 minutes to refuel or recharge the vehicle to its full range, the car gets additional points.

The goal is to put increasing numbers of zero-emission vehicles onto California roads--to the point where 87 percent of the vehicles on the state's roads have no emissions at all by 2050.

Of those vehicles, the state suggests, hydrogen-powered cars will greatly outweigh battery electrics.

These are deliberate policy decisions made by CARB, and they've largely been in place for many years.

Most automakers don't feel they can sell zero-emission vehicles at a profit in the short or medium term (five to seven years, say)--though obviously GM, Nissan, and Tesla differ.

But what will be cheaper: Selling hundreds or perhaps 1,000 low-volume battery-electric vehicles a year, or less than half that many hydrogen fuel-cell vehicles?

At least some automakers clearly believe the latter is a better way to comply with the CARB ZEV mandate than the former.

To be fair to the carmakers, they will likely continue to offer electric compliance cars in the short term as well.

Honda is thought to be working on a successor to its 2012-2014 Fit EV, now that the new-generation gasoline version of the 2015 Honda Fit has gone on sale.

Toyota reportedly asked Tesla to work on a successor to its RAV4 EV as well, though Tesla declined because it preferred to use its limited supply of lithium-ion cells for its own vehicles.

To make hydrogen cars viable, refueling stations have to exist--and California will devote as much as $100 million to make that happen.

Electric cars can be recharged at home--from conventional 120-Volt household current or using 240-Volt Level 2 charging stations that cost several hundred dollars to buy and install--or at work, or in some cases, using DC quick-charging sites that recharge up to 80 percent of battery capacity in half an hour or less.

Hydrogen cars can be refueled in less than 10 minutes, as we learned while driving the Hyundai Tucson Fuel Cell--but you have to find a hydrogen station.

In 2012, there were 27 hydrogen fueling stations on the entire globe, and another 11 opened last year. But the pace will ramp up as California funds dozens of stations to enable the launch of the Hyundai, Toyota, and Honda fuel-cell vehicles.

For widespread rollout, though, it remains unclear what business entities will see long-term profit potential in providing a fuel that will be used only by very small numbers of vehicles for years to come--with all the attendant challenges of land acquisition, permitting, and so forth.

Double the cash in the mail

Finally, California has thrown another sweetener into the pot to encourage adoption of hydrogen fuel-cell vehicles: The state's purchase rebate for the cars is double that provided to any battery-electric vehicle.

From the Mitsubishi i-MiEV with 62 miles of rated range to the Tesla Model S with its 265 miles, any all-electric vehicle gets a purchase rebate of $2,500, which arrives as a check in the mail a few weeks after the owner applies for it.

Buy or lease a hydrogen fuel-cell vehicle, however, and the check is for $5,000.

Do you get the sense that the state of California really wants to see hydrogen vehicles on its roads?