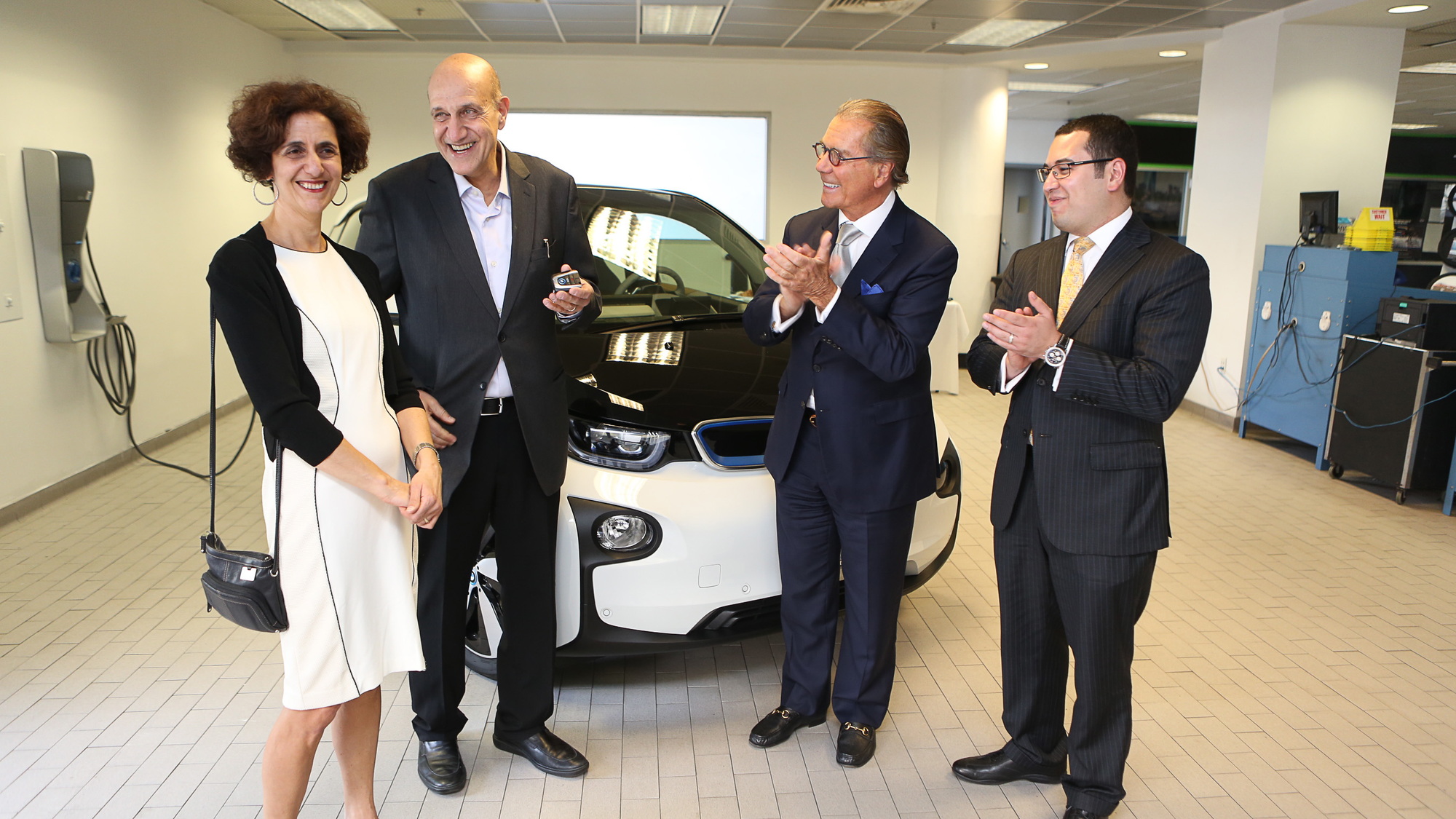 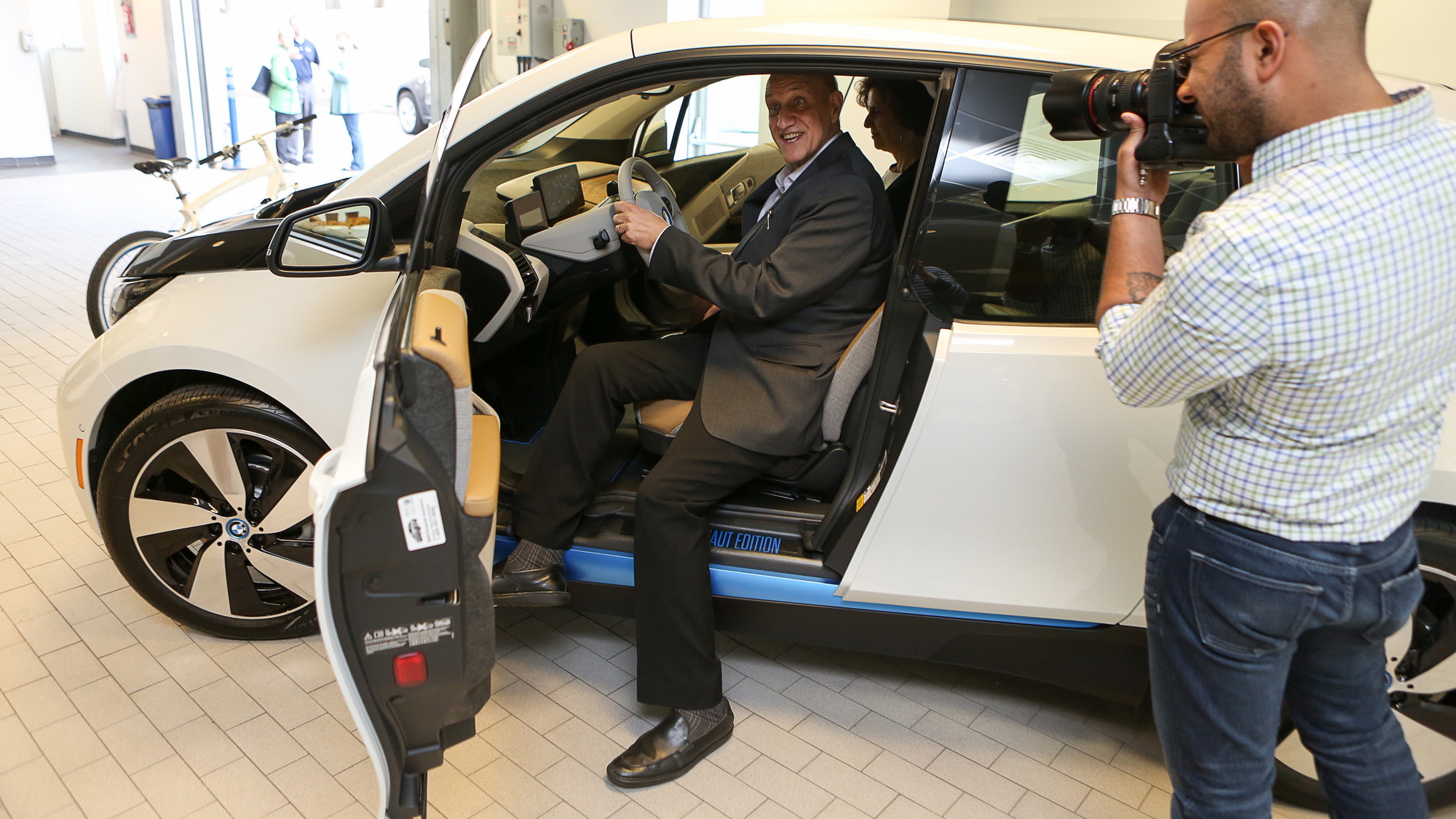 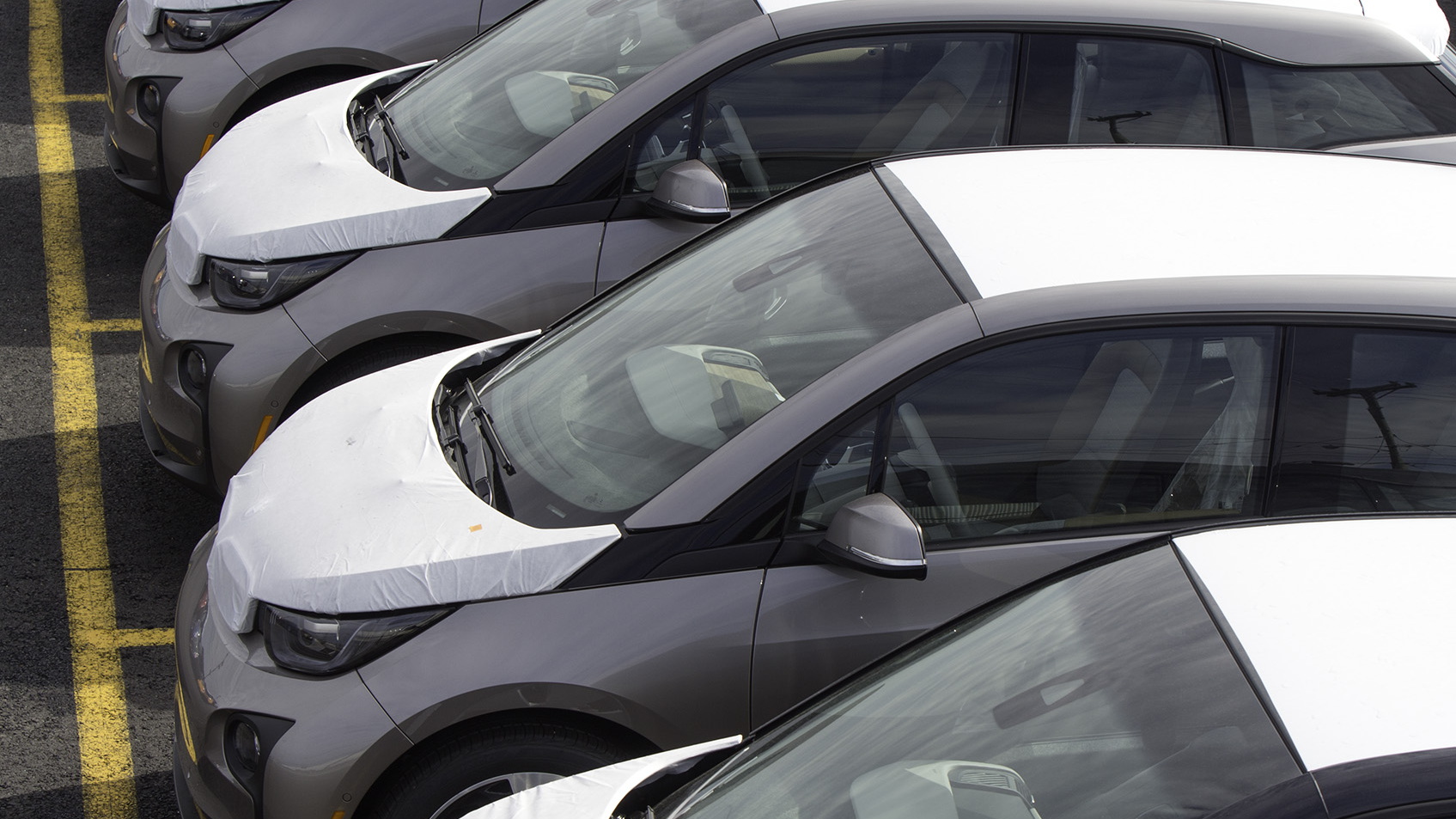 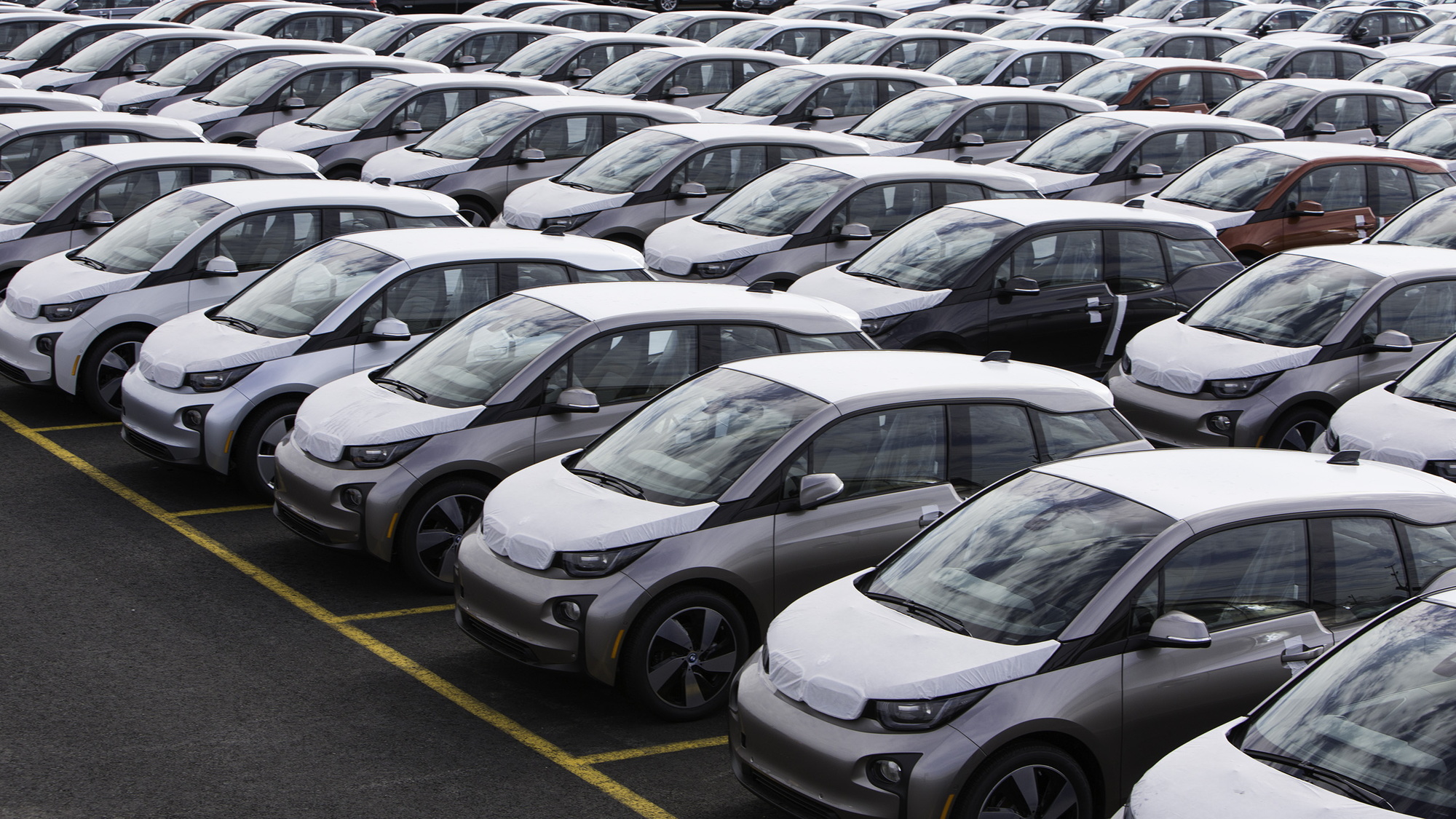 In a small ceremony inside the BMW of Boston dealership, the first retail buyer of an i3 took delivery of his keyfob yesterday afternoon.

He is Tufts University professor of practice Charles Rabie, who was previously a so-called "Electronaut"--one of several hundred lessees of the BMW ActiveE, a BMW 1-Series two-door sedan converted to battery-electric power.

Rabie had driven his ActiveE for the last two years, and is an ardent advocate of the advantages and benefits of electric vehicles.

Another early customer who will receive her car in the next few days is Ashlan Gorse Cousteau, a Los Angeles-based former E! Entertainment correspondent who is also married to renowned documentary filmmaker and environmentalist Philippe Cousteau, grandson of famed conservationist Jacques Cousteau.

"What started out as a dream for an innovative sustainable vehicle under the BMW i brand can now be found on streets across the U.S."

BMW also released photos of hundreds of BMW i3 vehicles at U.S. ports ready to be distributed to dealers and delivered to buyers over the next few weeks.

Early deliveries of the 2014 i3 will be battery-electric vehicles, with sales of the i3 REx version with the optional range-extending engine to follow several weeks later.