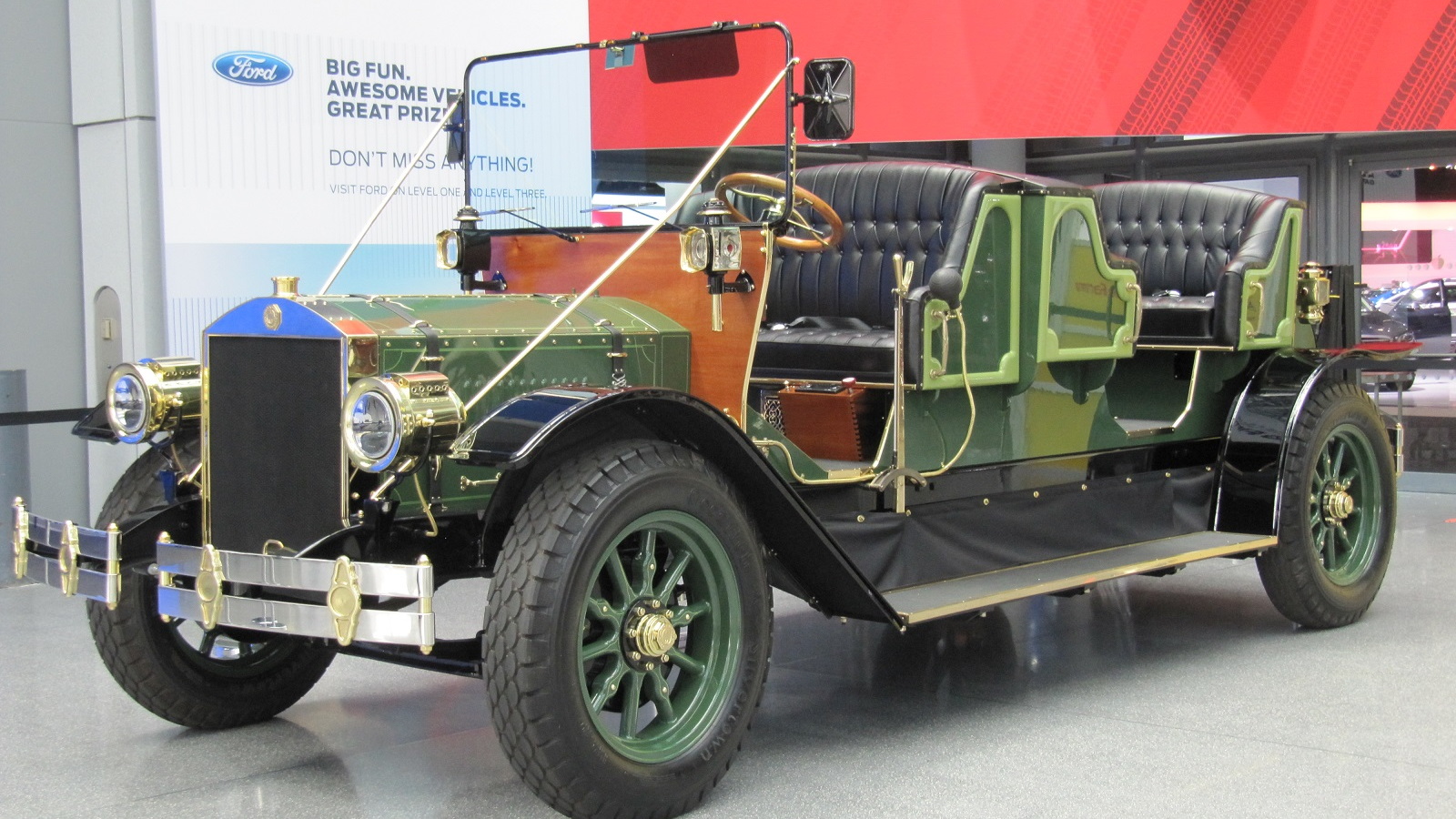 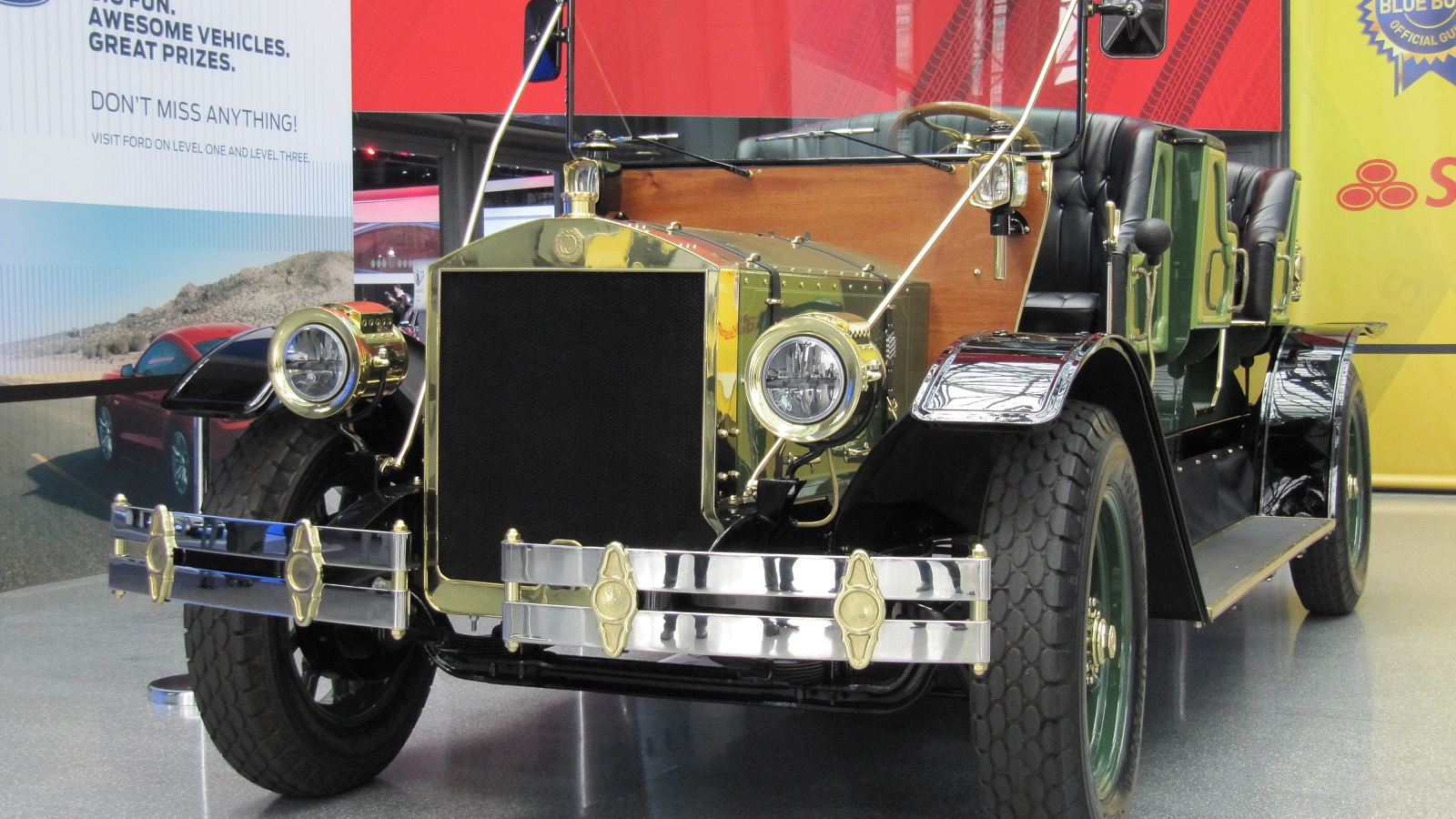 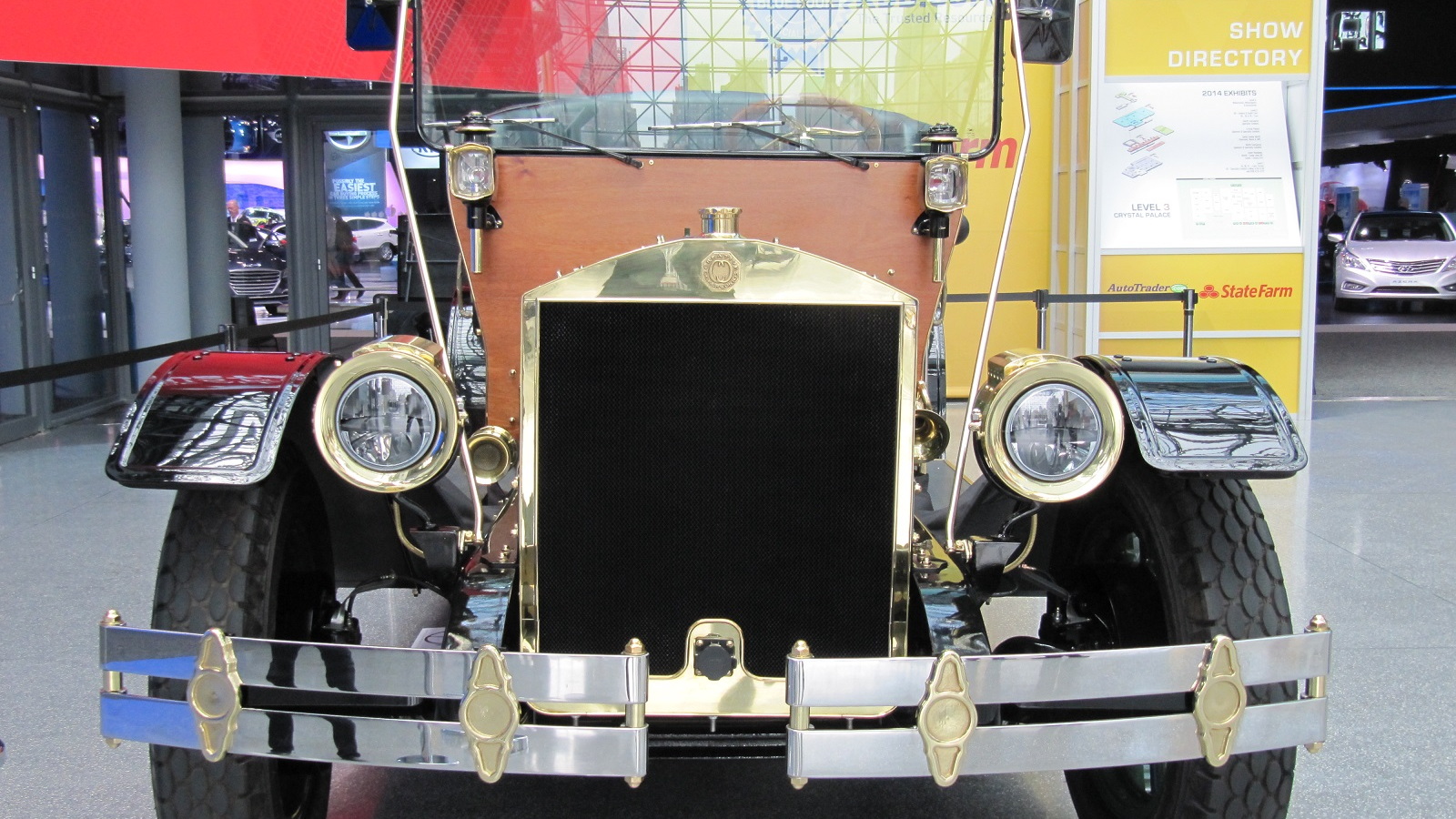 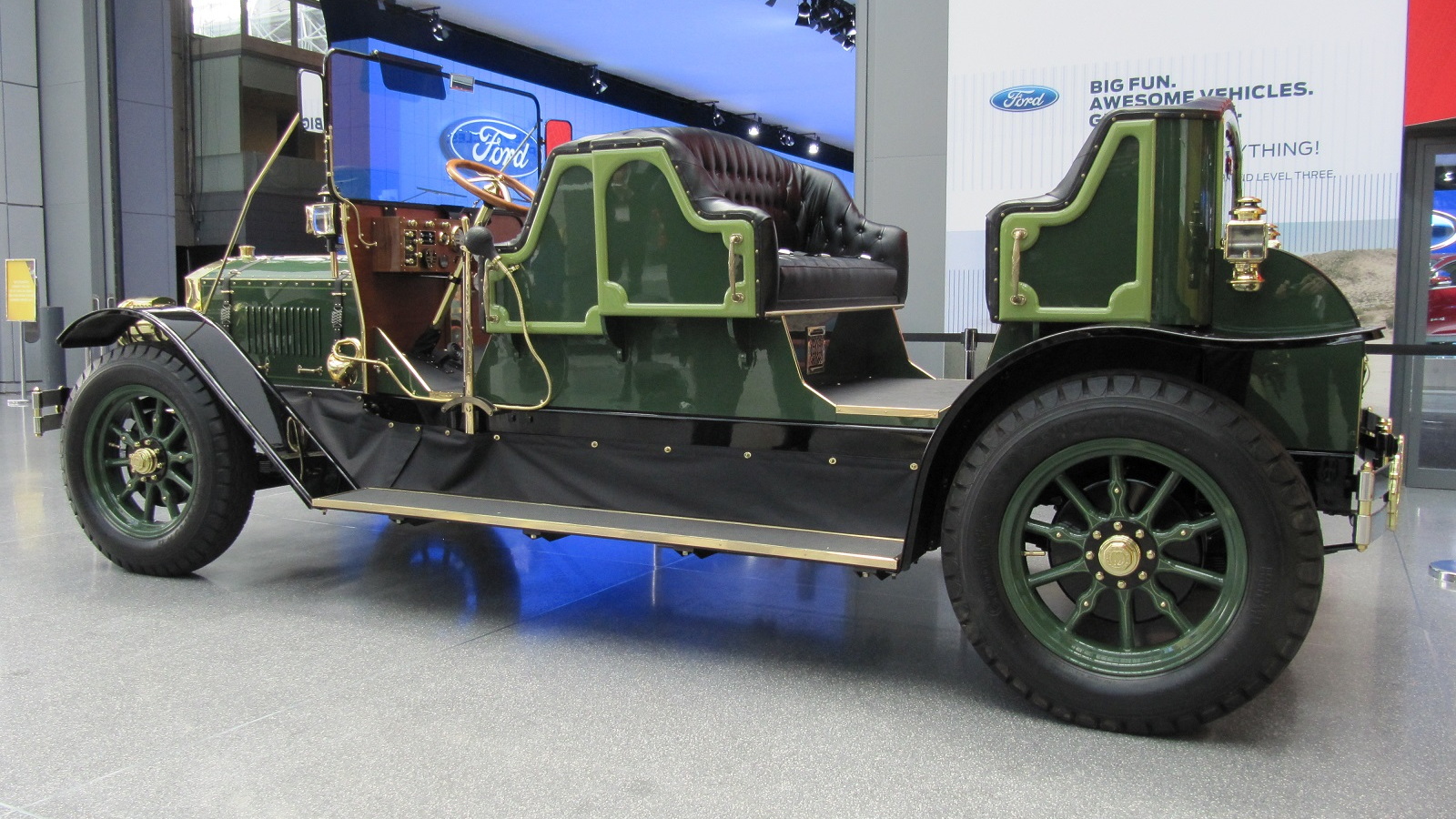 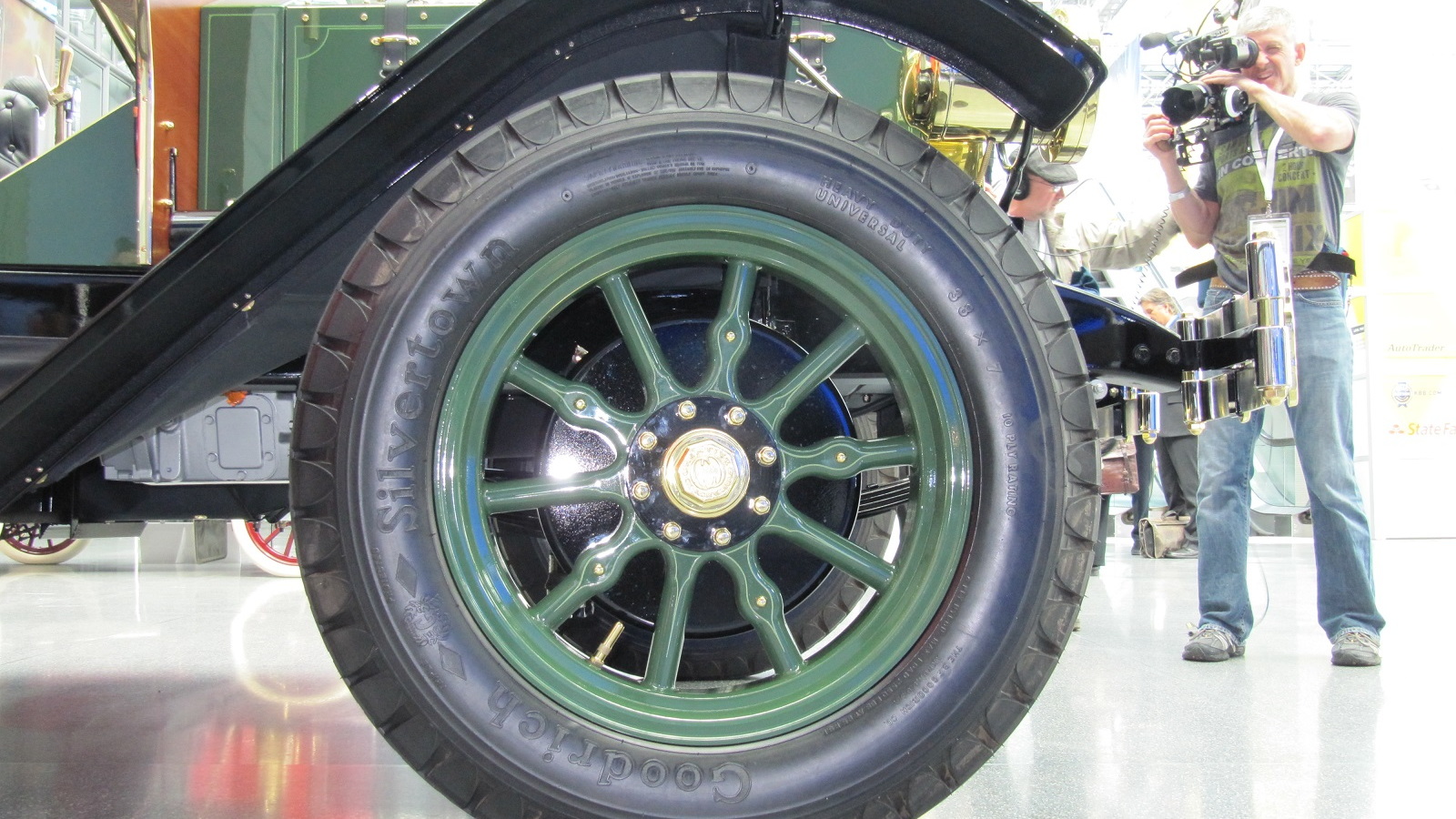 Animal rights and electric cars don't usually intersect much, but a long-running New York City battle has produced one of the more unusual electric-car designs shown in public.

At the New York Auto Show last week, a very large electric vehicle--effectively a larger-than-life electric scale model of a Brass Era touring car--was shown to the public by NYClass.

The animal-rights advocacy group has long advocated for the removal of horse-drawn carriages from Central Park on the grounds of animal cruelty.

It proposes that the 68 carriages now operating in and around the park be replaced with the so-called eCarriage, which would operate at 5 mph in the park, to replicate the open-air horse carriage experience for tourists as closely as possible--minus the clip-clop and the odor of horse manure.

The prototype electric car shown last Thursday is the size of a seven-passenger full-size SUV, seats eight, weighs 7,500 pounds, and rides on 26-inch truck tires. It uses a number of existing components from other vehicles, including the Ford F-450 heavy-duty commercial truck.

It qualifies, according to Jason Wenig of the Creative Workshop in Florida, as a Multi-Purpose Vehicle in the NHTSA's 10,000-pound weight class--and will meet all relevant legal standards for that size of commercial vehicle, including seat belts for passengers.

It would also carry a propane heater to keep passengers warm during inclement weather, as well as a convertible top to protect against rain and snow.

Its 63-kilowatt (84-horsepower) electric motor drives the rear wheels and is powered by a lithium-ion battery pack of unspecified size, giving it a claimed 100 miles of range.

Its maximum speed is 30 miles per hour, but a so-called "geo-fence" would restrict it to 5 mph inside Central Park--"thus continuing the tradition of horse-drawn carriages causing traffic congestion in and around midtown," as New York Intelligencer noted acerbically.

Creative Workshop designed the eCarriage at the behest of NYClass, which subsidized the $450,000 cost of developing the prototype, calling it a "humane and sustainable alternative" that would keep the carriage drivers employed. The group plans to offer loans to drivers to buy the vehicles if the horse carriages are banned.

Brooklyn native Wenig says other cities--including Chicago and Santa Fe--have expressed interest in ordering the vehicles as well, beyond the 68 that New York City might require.

Pressed by reporters to name a price for the vehicle, he said the company would "shoot for $150,000 to $175,000"--but stressed that price depended entirely on the volume that would be produced.

The politics of the horse-carriage issue in New York City are combative, to say the least.

Well-funded animal-rights advocates have long claimed that operating in New York City midtown traffic is cruel to the horses, a charge hotly disputed by the owners and operators who care for and rely on the horses to make a living.

One wealthy animal-rights activist took out hundreds of thousands of dollars of TV ads in last fall's mayoral race, leading to the defeat of longstanding front-runner Christine Quinn, who had declined to endorse a call to ban the carriages.

Eventual mayoral winner Bill De Blasio, on the other hand, plans to ban the horse carriages--and received substantial donations from groups advocating for that goal.

He faces significant opposition not only from carriage owners, but also actor Liam Neeson, the powerful Central Park Conservancy, and The New York Daily News, which has mounted a "Save The Carriages" campaign.

Carriage operators suggest that NYClass founder Stephen Nislick, a real-estate executive, just wants the horse stables for their property value, since they sit in the fast-developing neighborhood around the Jacob K. Javits Convention Center--hosting the Auto Show this week.

The proposed electric replacement for the horse carriages, meanwhile, will head back to Florida to be fitted with a Surrey top and then undergo further road testing.

Legislation to ban New York's Central Park horse carriages may be introduced within the next several weeks. Its fate remains uncertain.