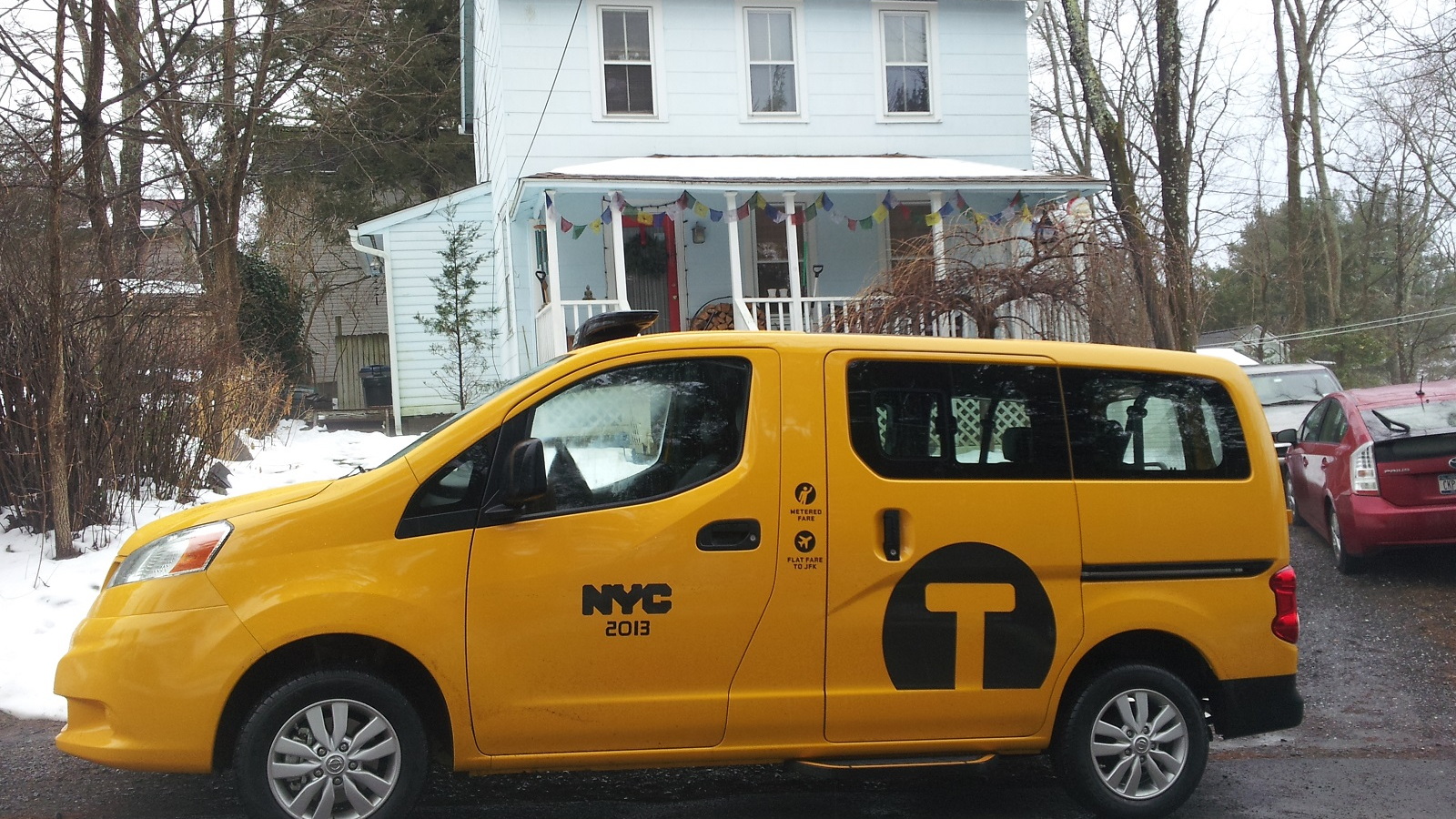 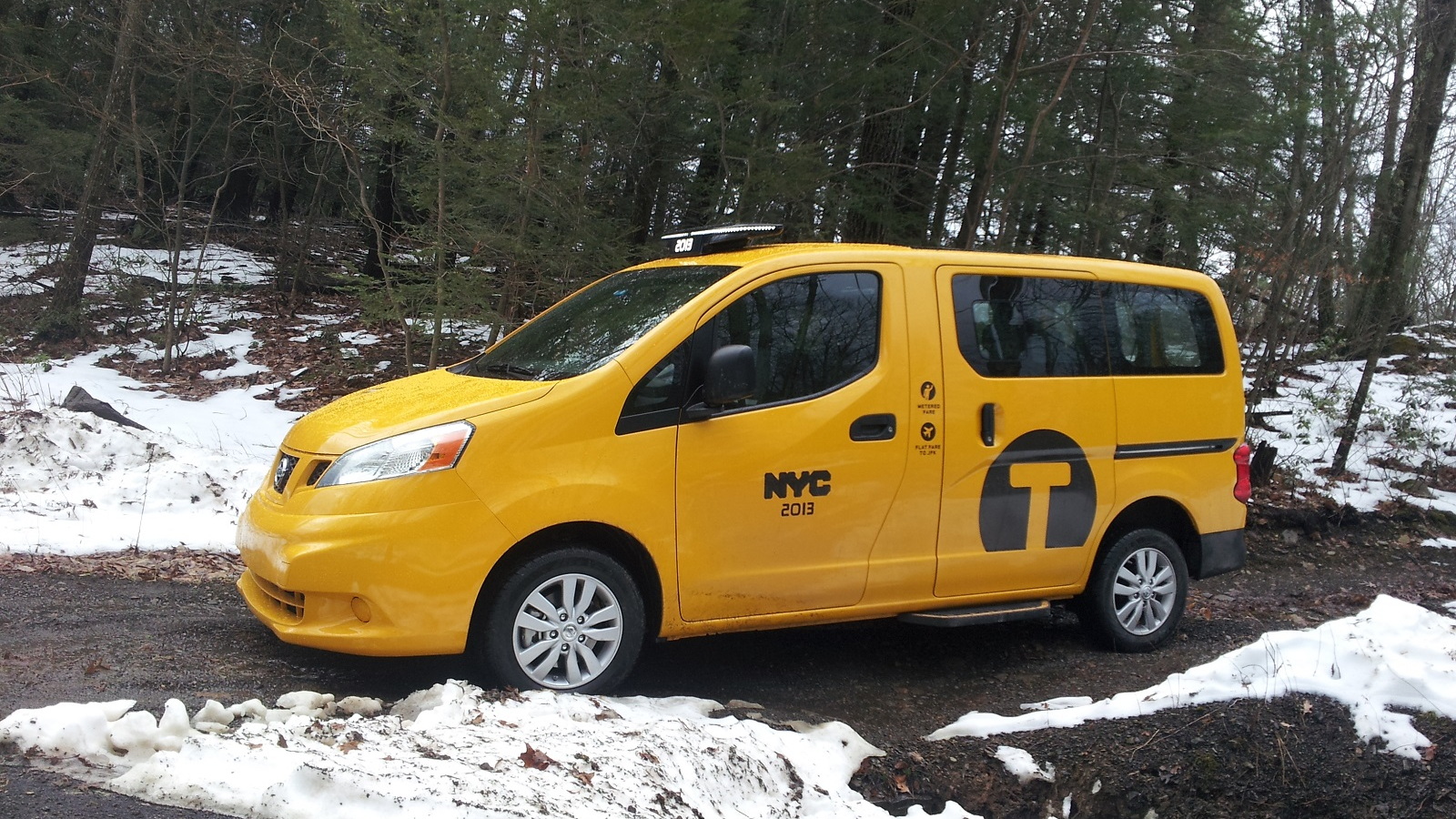 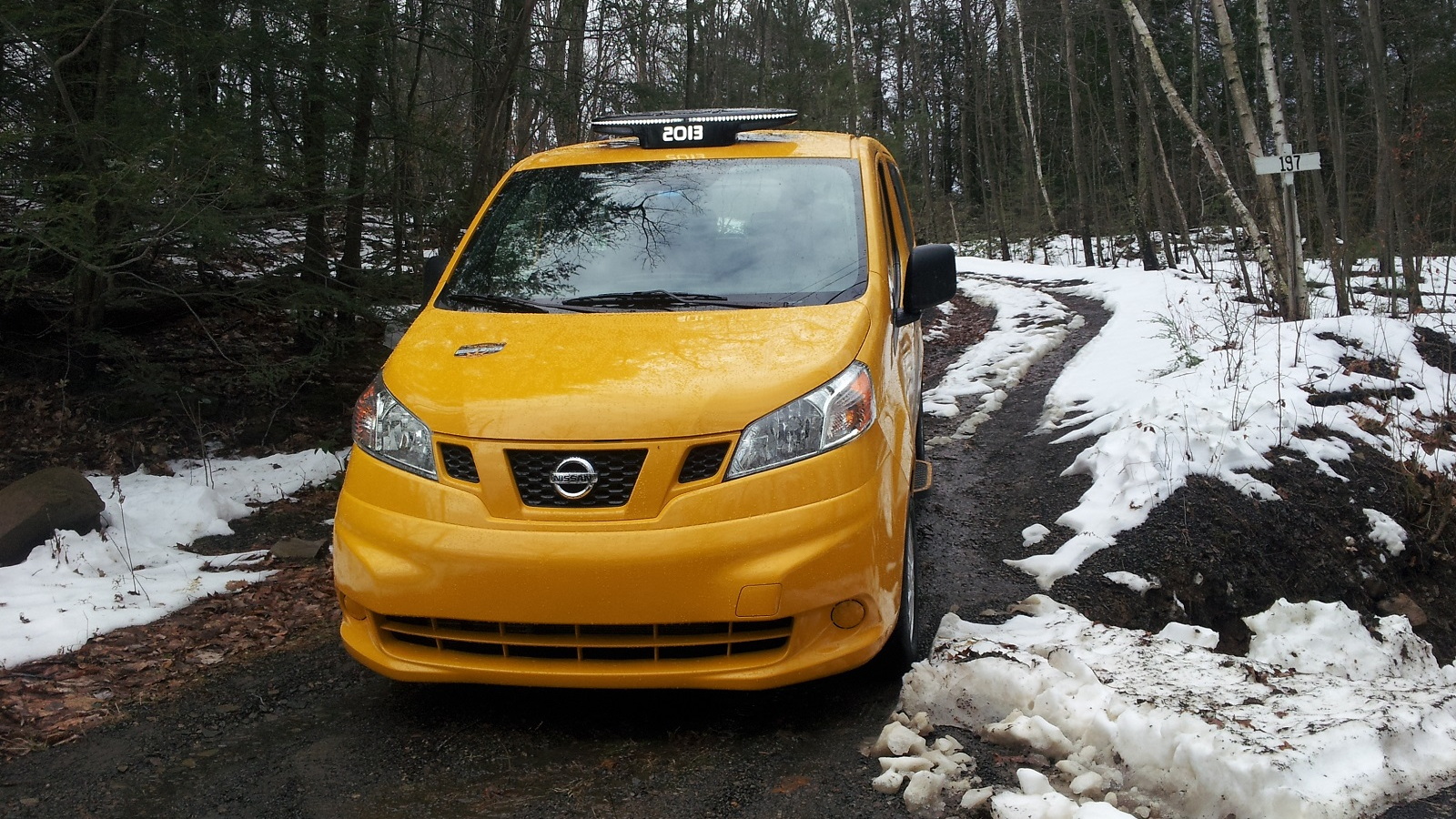 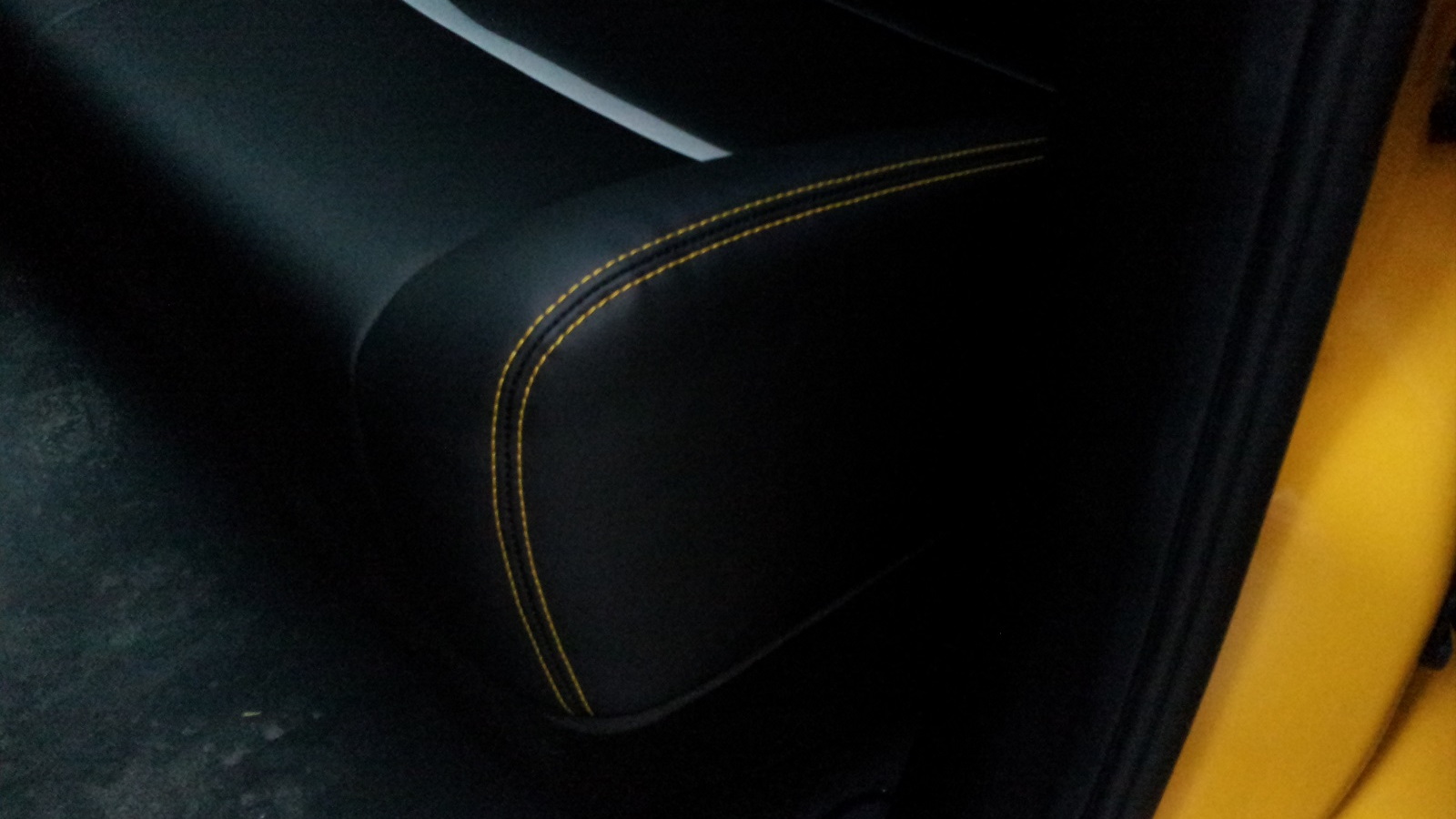 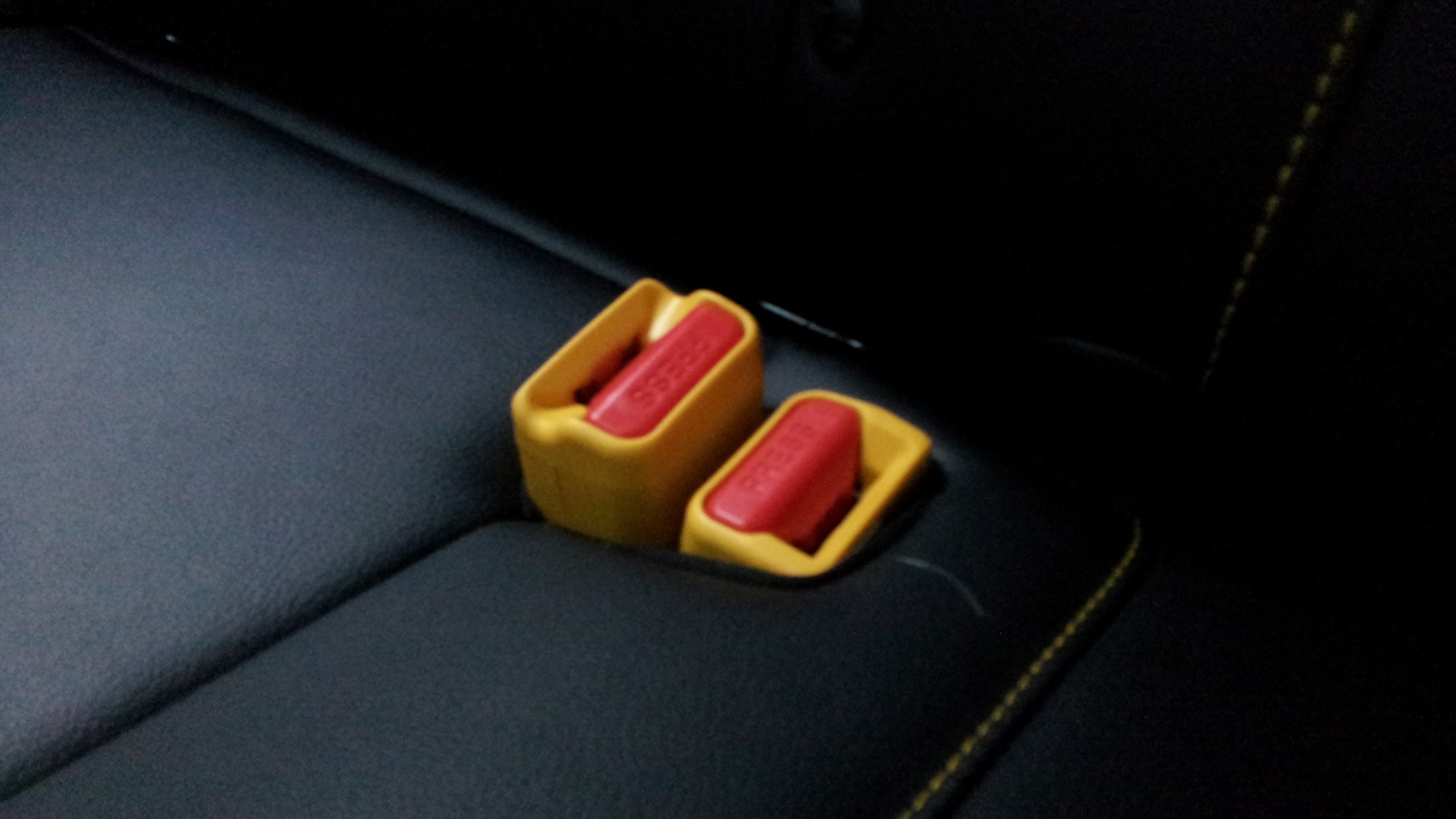 If you're driving into rural areas to spend time with nature, there's nothing more noticeable than a bright yellow New York City taxi cab to do it in.

A couple of months ago, we had a chance to test out Nissan's new "Taxi of Tomorrow" for New York City, based on its NV200 small commercial van--but with a whole lot of updates.

Another outlet had already done the perfect article on using a NYC taxi to transport your friends, so we went in the other direction: up to the mountains.

While the NV200 Taxi is really meant mostly for city use, we covered our usual test route--267 miles this time--comprising two-thirds highway, one-thirds around-town stop-and-go errands and suburban traffic.

The taxi differs from the cargo van version of the NV200 in many ways.

Among other things, the mandatory NYC taxi bulletproof partition is installed (by taxi specialists). Luckily, the wheelbase is still long enough to provide decent legroom for rear-compartment passengers--and proper operation of the side airbags and crash structures.

Nissan notes that its taxi is the only one that's been crash-tested with the bulletproof partition in place, a move that's long-overdue for the wide variety of converted passenger vehicles now serving as taxis all over the country.

From the outside, the Taxi of Tomorrow is [ahem] not the handsomest vehicle on the roads.

It's very tall and slab-sided, visually quite narrow, and it sits on extremely small 16-inch wheels that make it look top-heavy.

It's also not very powerful, with a 131-horsepower 2.0-liter four-cylinder engine driving the front wheels through a continuously variable transmission (CVT) in a heavy vehicle.

It is tuned to provide decent, if not speedy, acceleration up to about 50 mph. Above that range, it starts to run out of breath--and get noisy too.

And even below that speed, the combination of lots of body roll and a lack of power meant that we were closely followed and then overtaken on a twisty uphill mountain road by an aggressively driven Toyota Prius hybrid.

More random impressions from driving the taxi for five days:

SEE: Home Owners Associations & Electric Cars: How To Make It Work (Advice From A Pro)

We also tested the taxi by riding around in the rear, where it is clearly head and shoulders above any converted Ford Escape or C-Max, Toyota Prius, or any crossover or sedan:

Overall, our test cycle isn't set up to replicate taxi duty, but the 24-mpg rating seems justifiable even if the cabbie has a heavy foot.

And they're much better from the back seat than any other cab--not that taxi owners much care about that.