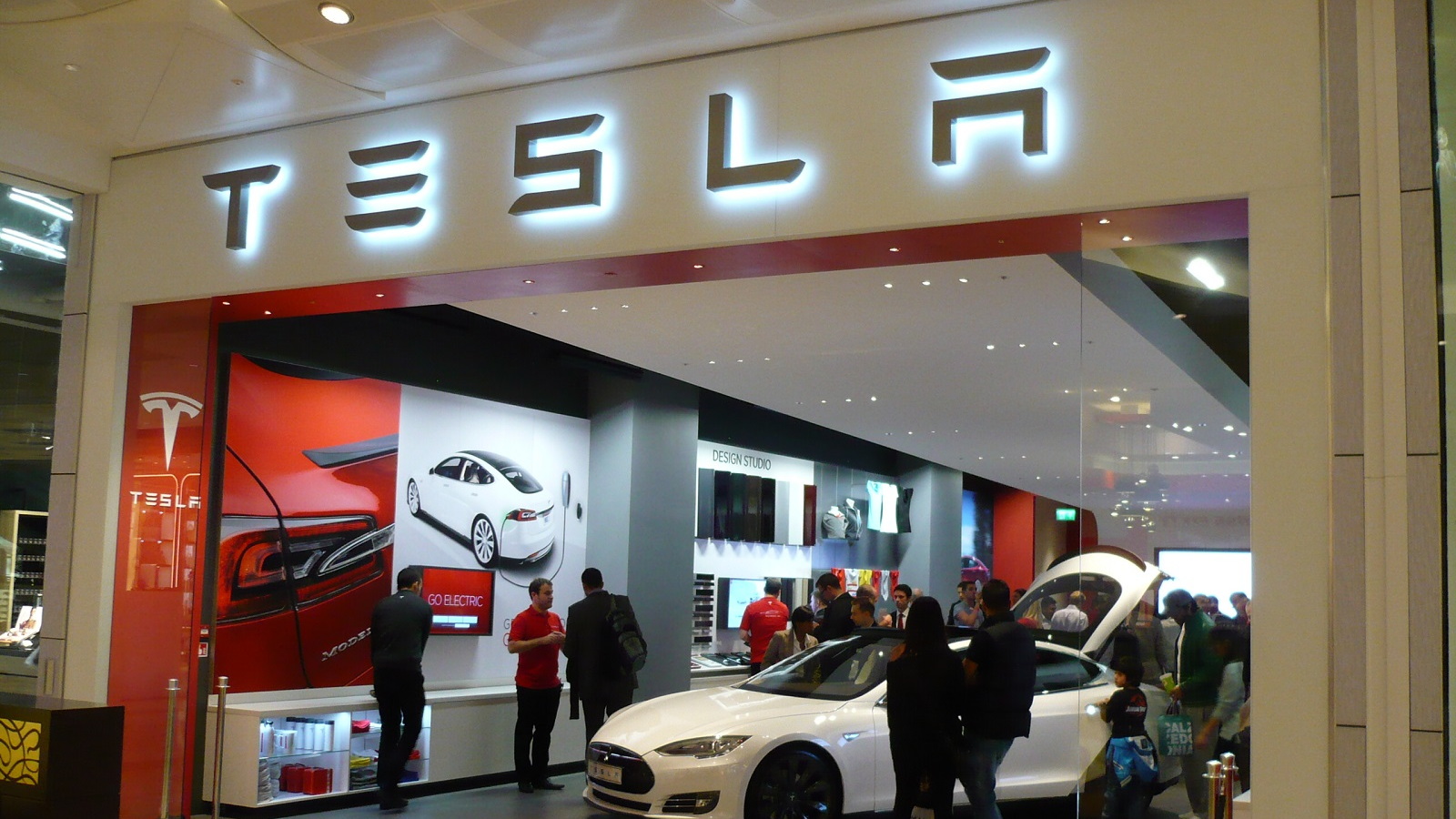 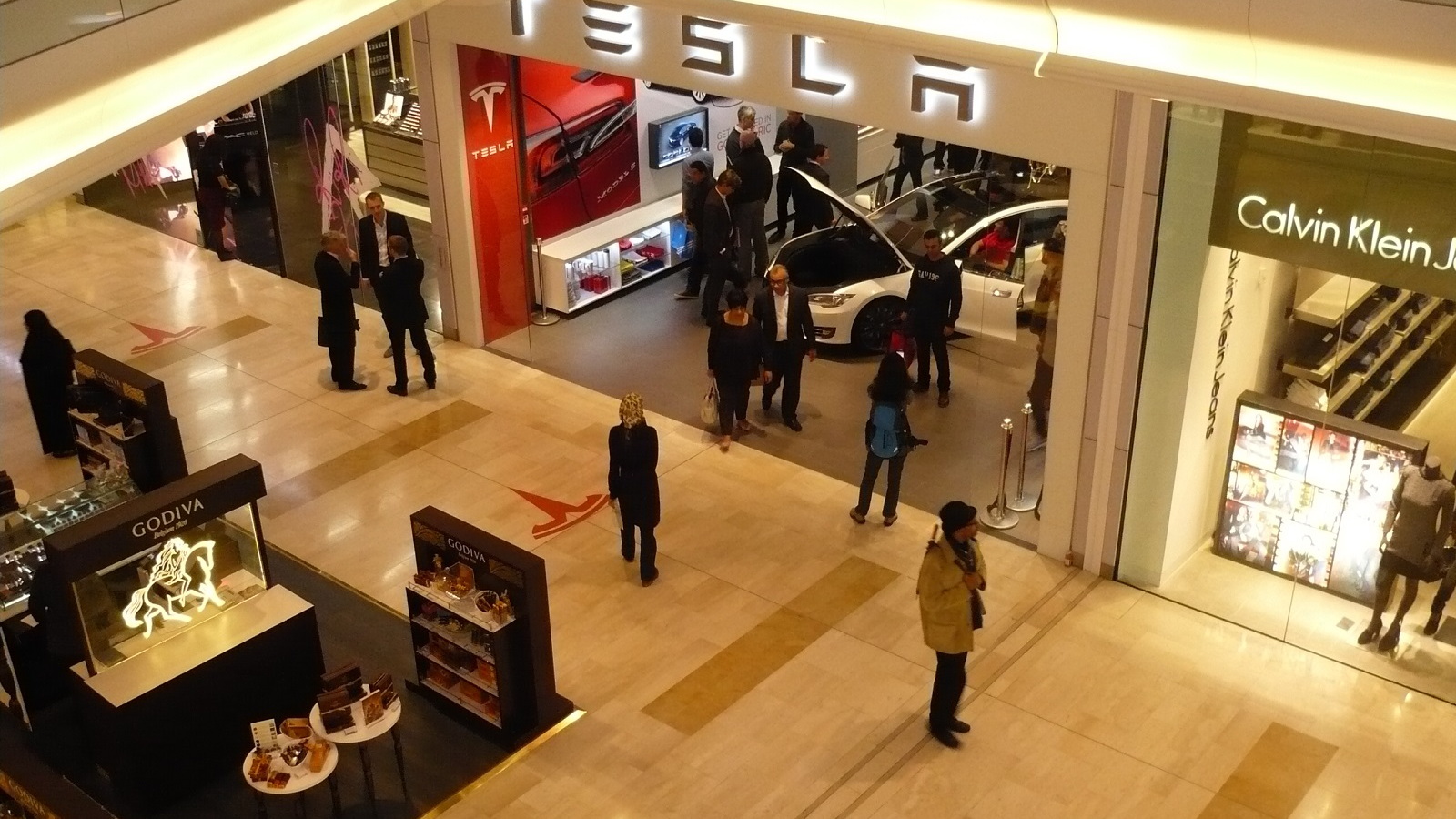 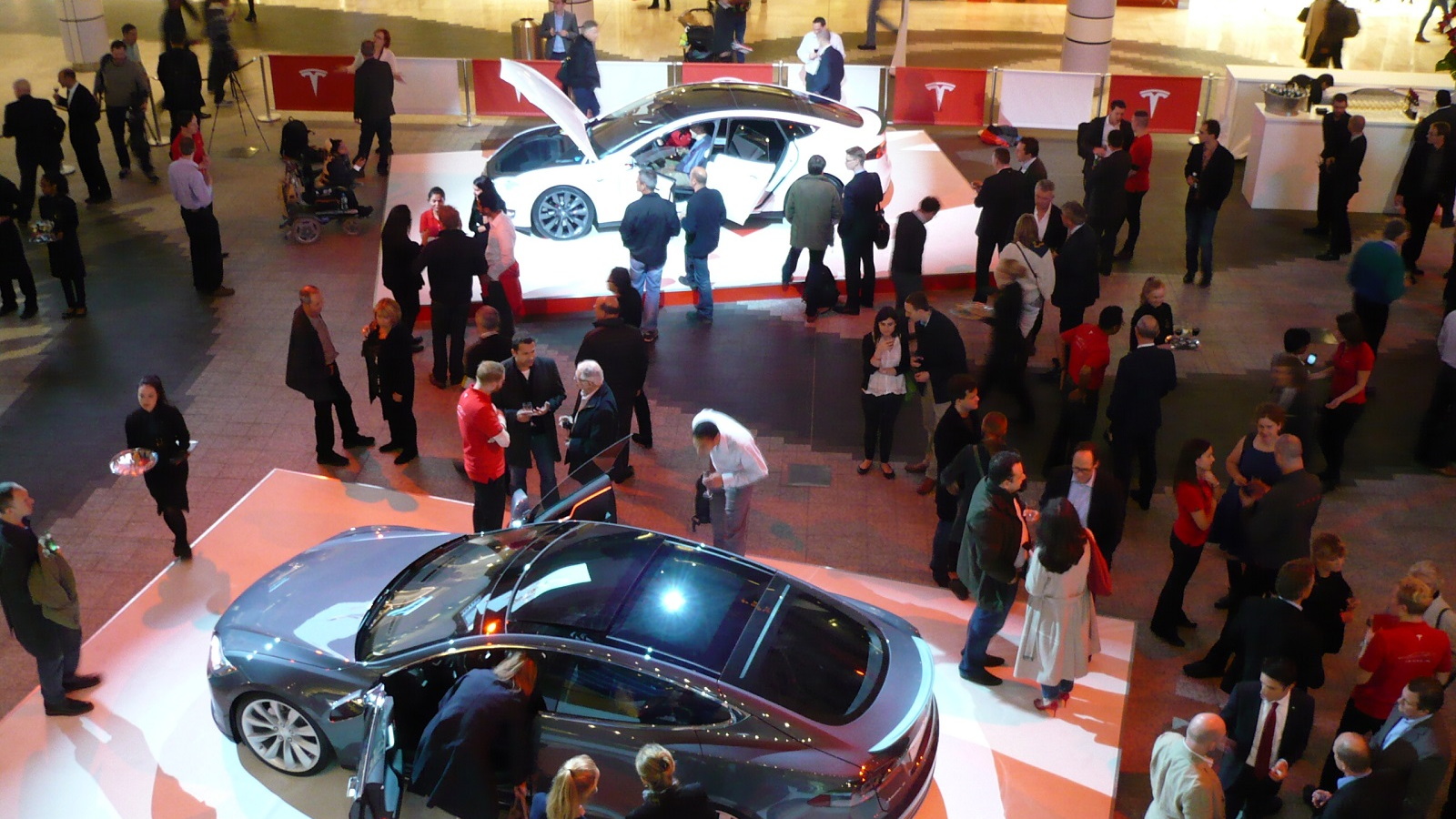 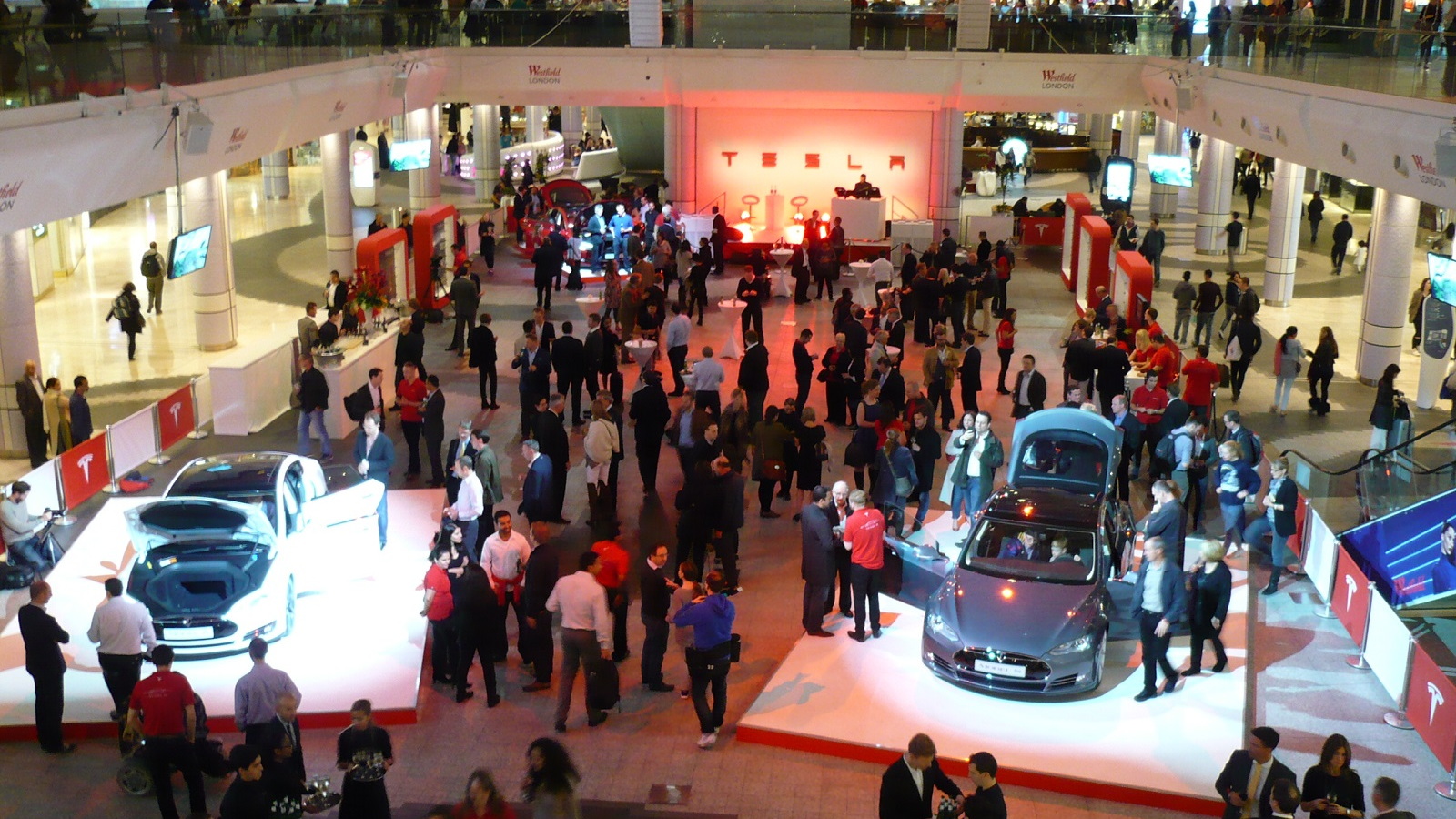 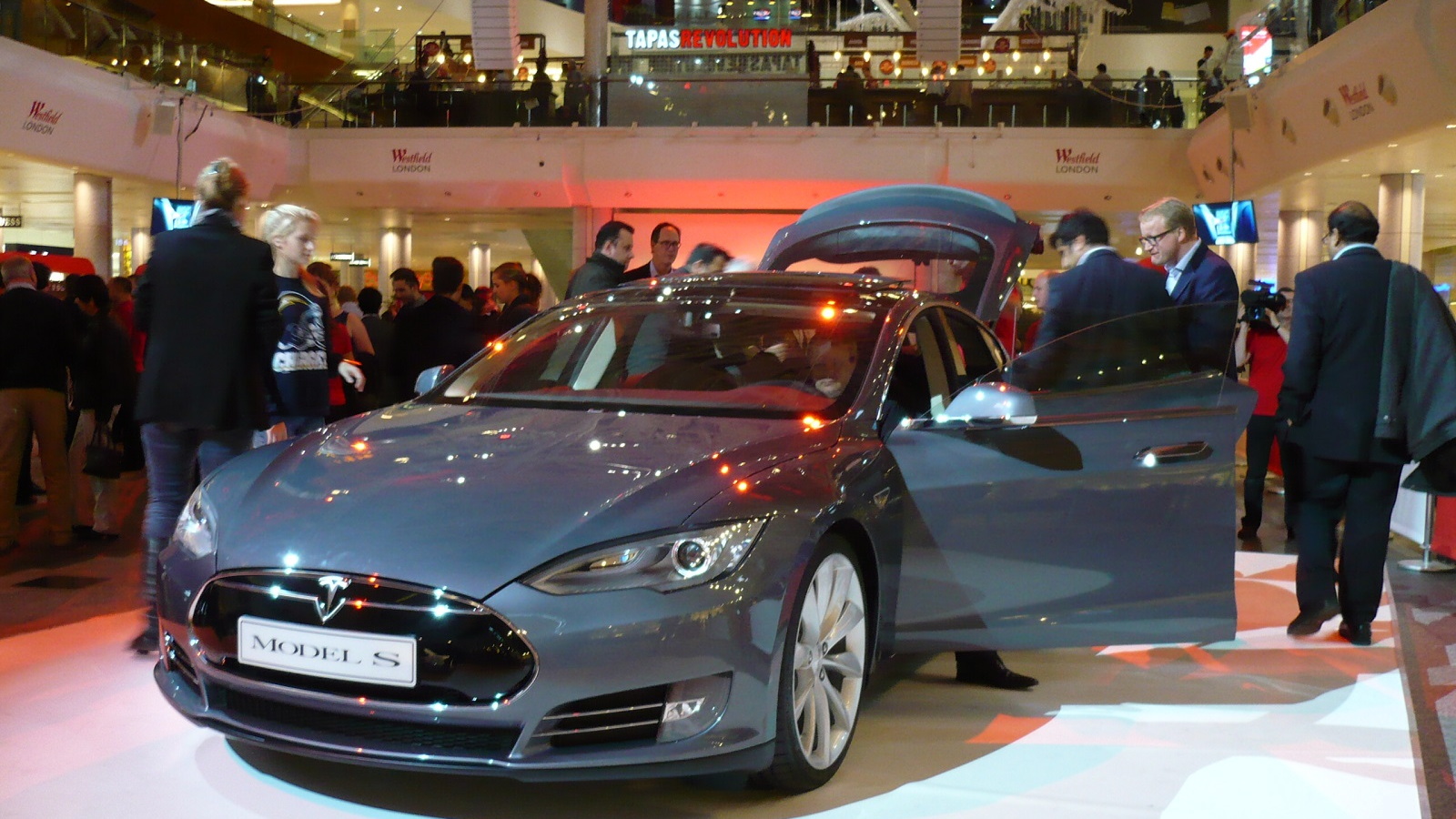 Last Thursday evening, Tesla opened another retail location in its push to expand electric-car sales outside the U.S.

This one was in London's Westfield Mall, built along the lines of high-end U.S. malls west of the Notting Hill neighborhood.

According to our man on the scene, the lighting was challenging, the acoustics were terrible, and only half the beer and wine was consumed.

None of that mattered to the legions of the faithful, the curious, and the potential Model S buyers who turned out to hear Tesla Motors CEO Elon Musk talk about the Model S car, the company, and the future of electric cars.

London's Tesla Store is sited next to a Calvin Klein Jeans store--Diesel is just down the aisle--and a Godiva Chocolates kiosk sits right across from its entrance.

But the event placed three Tesla Model S luxury electric sedans in the aisles and central display area outside the store, and crowds thronged them all night.

At 8 pm, CEO Elon Musk officiated with a short speech--which largely covered familiar ground for Tesla followers--followed by no less than 75 minutes of answering questions from the crowd.

A few points stood out among the questions:

Another question came from a Financial Times reporter, following up on an interview with the British newspaper in which Musk had said Tesla Motors [NSDQ:TSLA] had a higher market capitalization than it "deserves."

[EDITOR'S NOTE: Green Car Reports thanks our London correspondent and photographer, who prefers to remain an International Man of Mystery.]